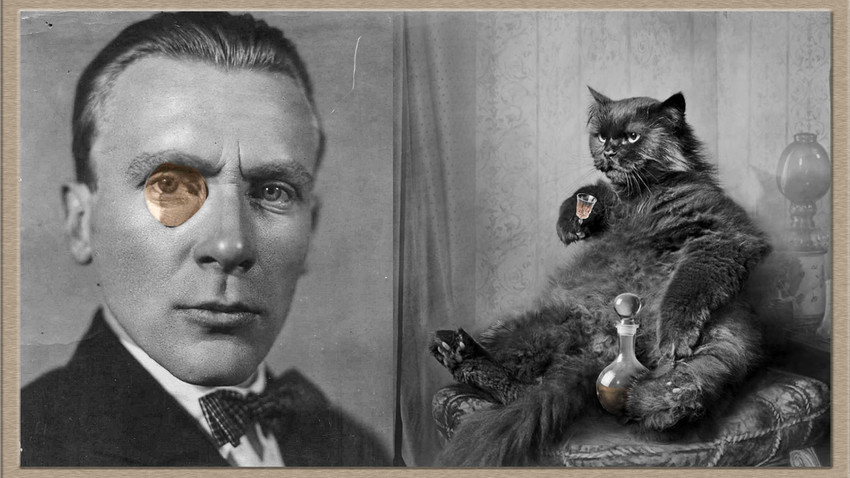 Heritage Images/Getty Images; Yelena Martynuk illustrations/Bulgakovsky Dom, 2013
Mikhail Bulgakov often lamented about being born in the wrong time. “Why are you persecuting me, fate? Why wasn’t I born a hundred years ago, or better in a hundred years, or even better if I hadn’t been born at all!” he complained. Paradoxically enough, Bulgakov has stood the test of time better than anyone else, cementing himself as one of the most quintessential 20th century Russian writers.

Sooner or later, every writer’s life becomes an open book, with the most carefully guarded secrets of the soul and the tiniest fears in the back of their mind being eventually exposed. C’est la vie! All is usually written in black and white in a writer’s books.

1. Turned his misfortunes of life into virtuoso works

Mikhail Bulgakov (1891-1940) had to work his way through a series of internal turmoils and traumas. 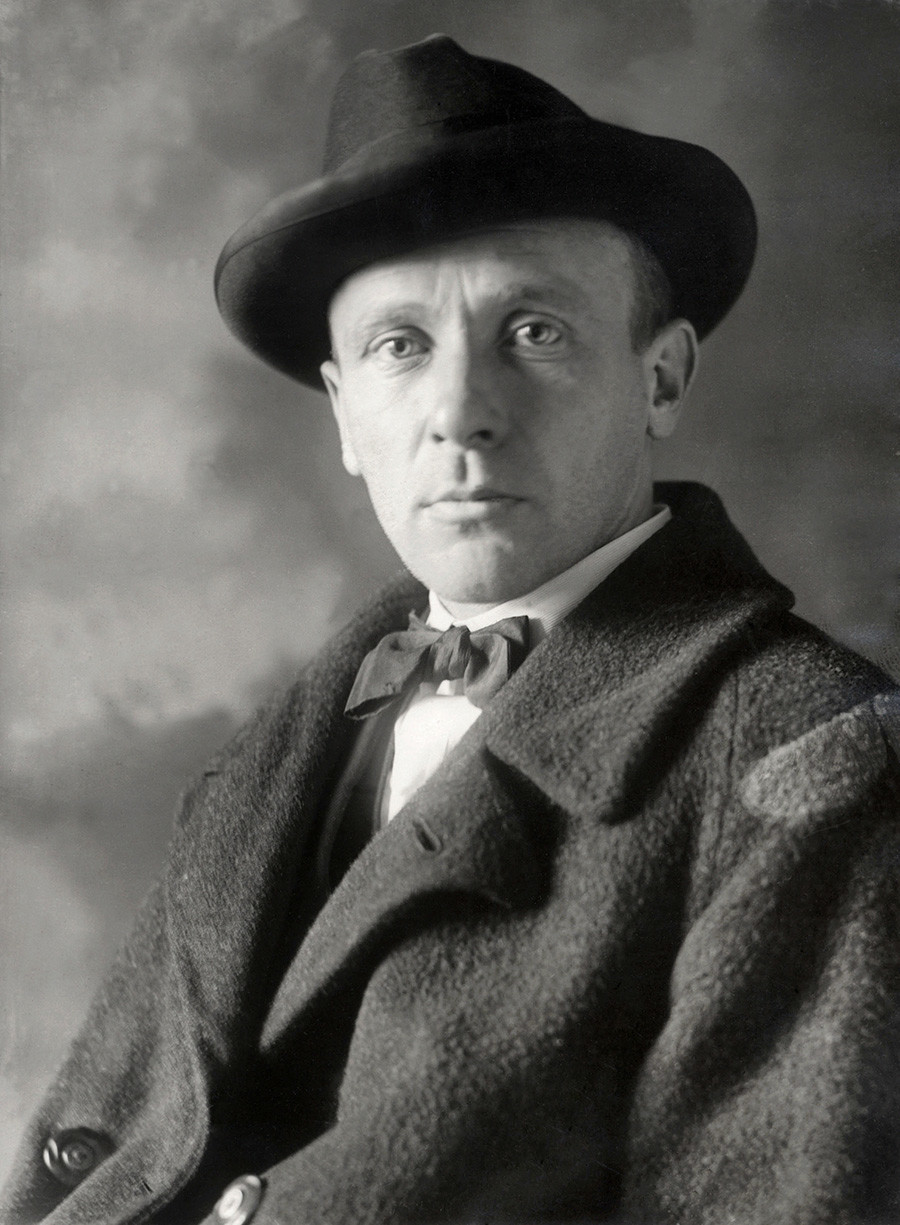 Barely half of Bulgakov's works came to be published during his lifetime.

He was born in Kiev (then part of the Russian Empire) into a large and loving family. Mikhail’s father was a professor of theology and his mother a teacher at a girls’ gymnasium. The incredibly heartwarming atmosphere that Bulgakov had experienced in his childhood is best mirrored in his autobiographical masterpieces – his legendary play ‘Days of the Turbin’ and the epic novel ‘White Guard’.

Both of his mother’s brothers were physicians and Bulgakov chose to follow in their footsteps. In 1916, he graduated with distinction from the medical department of the Kiev University. His 18 months of work as a physician at a rural hospital in Smolensk Region are chronicled in the collection of stories, ‘A Young Doctor’s Notebook’. 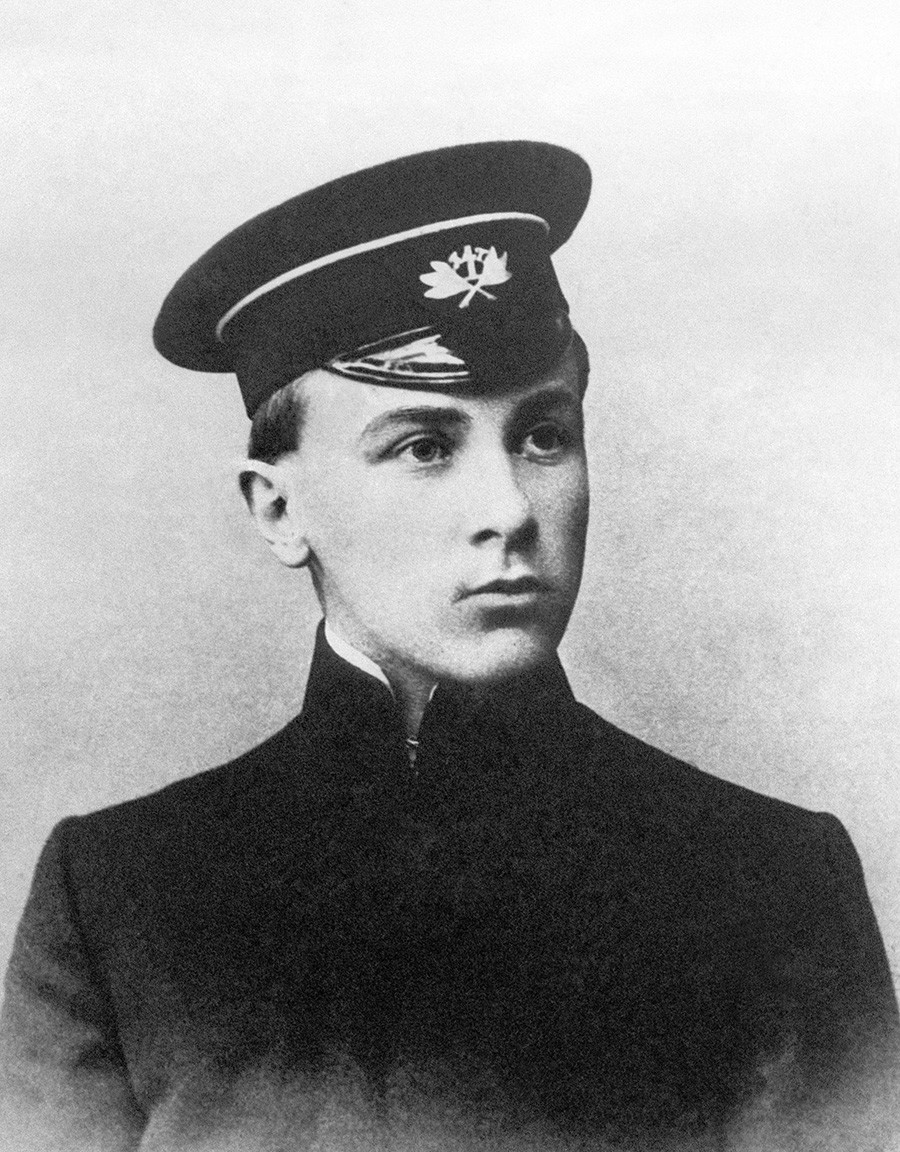 Both of his mother’s brothers were physicians, and Mikhail Bulgakov chose to follow in their footsteps.

When World War I broke out, Bulgakov worked as a doctor on the front line. Risking his life in performance of his duties, he was injured several times. In 1918, Bulgakov returned to his native Kiev and set up a private medical practice.

The notorious school of life that shaped Bulgakov’s outlook was even more tough, because the time of his maturity coincided with the war and the Russian Revolution. In the midst of the Civil War, Bulgakov personally witnessed ten coups out of eighteen.

Soviet rule proved to be the main reason for the tragedy of Bulgakov’s fate. It was a “clash of the titans”: a Russian intellectual of the Chekhovian mentality brought up in a liberal-democratic spirit vs. pervasive Soviet censorship and Stalin’s socialist realism.

The more Bulgakov tried to fit into the new, Soviet way of life (where rudeness collided with ignorance), the more he realized that cooperation with the Soviet government ran counter to his convictions and beliefs. Soviet regime had nothing to do with his sense of values. And yet, Bulgakov was looking for a compromise between the two, hoping to somehow enlighten and educate the government.

He attempted to find a common language with the Soviet authorities through a conversation with Joseph Stalin (who saw Bulgakov’s iconic play ‘Days of the Turbin’ at the Moscow Art Theater at least 15 times!) Just like Alexander Pushkin was looking for a common language through a conversation with Tsar Nicholas I in 1826, Bulgakov also left some room for a compromise. Both Pushkin’s and Bulgakov’s reconciliation attempts ended in failure, however.

Bulgakov described the ideological disagreements between the Bolsheviks and the Russian intelligentsia in his Kafkaesque tour de force, ‘Heart of A Dog’. Written in 1925, Bulgakov’s manuscript was seized by the censors the following year and was published only during Gorbachev’s Perestroika.

2. Made history come alive better than any textbook

By 1919, Bulgakov, a fully-trained physician, finally realized that his true calling was writing. It became clear that what he really needed was a pen and a piece of paper, not a cold stethoscope and a white coat. “All writing is a disease. You can’t stop it,” American writer William Carlos Williams once said. Bulgakov proved that clear logic. 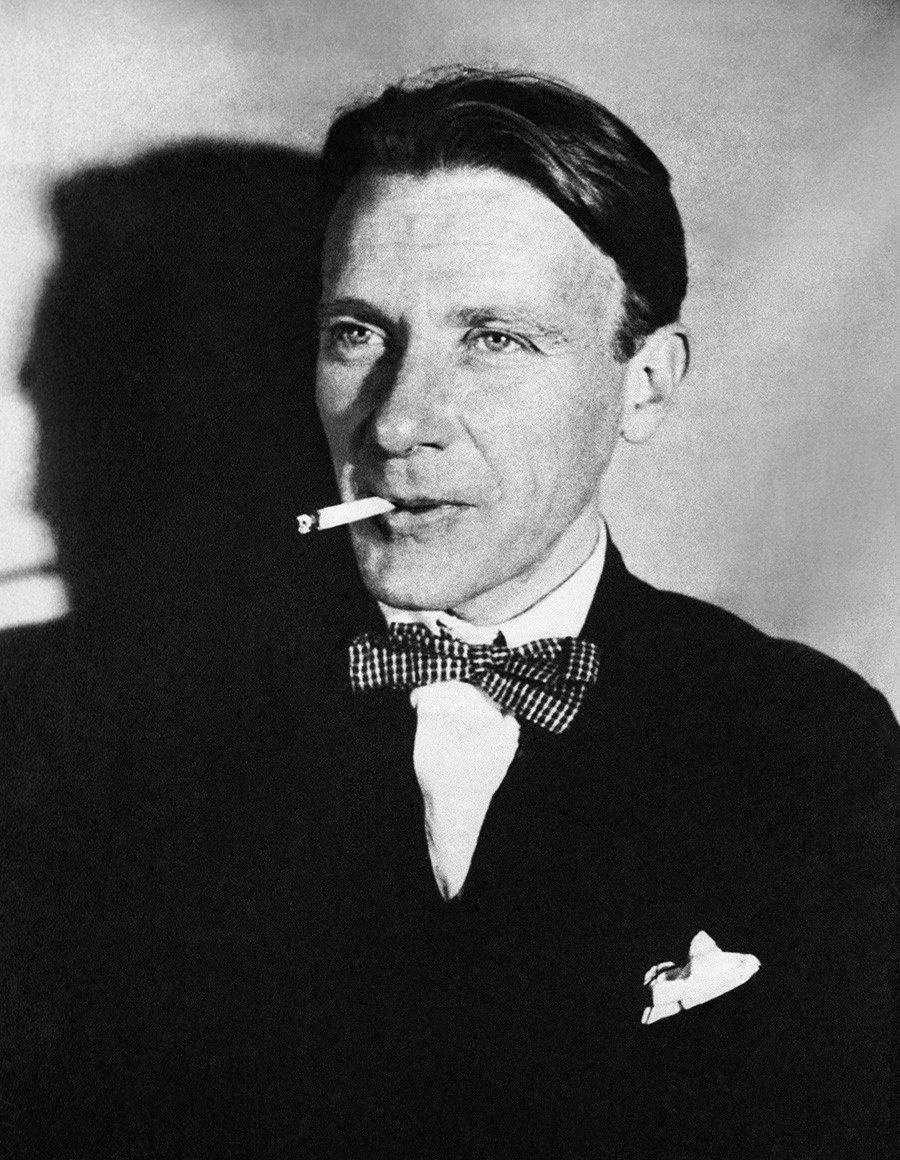 Bulgakov made history come alive in his works better than any textbook.

Bulgakov’s masterpieces, such as ‘The Master and Margarita’ and ‘The Fatal Eggs’, are much like the Bible of the horrendous Soviet life. Bulgakov made history come alive in his works better than any textbook. In brutal Soviet reality, Bulgakov’s initial successes were ephemeral. He was the victim of a hate campaign in the Soviet media. In his letter to the government, Bulgakov cited grim statistics. He gathered all newspaper clippings with reviews of his works. Of the 301 reviews, 298 were utterly hostile and negative and it’s easy to see why. Bulgakov openly despised cultural dysfunction inherent in Soviet power.

“…Once a social revolution takes place there’s no need to stoke the boiler. But I ask you: why, when this whole story began, should everybody suddenly start clumping up and down the marble staircase in dirty galoshes and felt boots? Why do we need to keep our galoshes under lock and key? And put a soldier on guard to prevent them from being stolen? Why was the carpet removed from the front staircase? Does Karl Marx forbid people to keep their staircases carpeted?” Bulgakov wrote in ‘Heart of a Dog’.

READ MORE: 3 books that made Mikhail Bulgakov want to be a writer

Barely half of his works came to be published during his lifetime.

“I am impelled, not to squeak like a grateful and apologetic mouse, but to roar like a lion out of pride in my profession,” John Steinbeck once said. Mikhail Bulgakov used his plays and novels to roar against the Soviet rule like a thousand lions and he paid a high price for it. 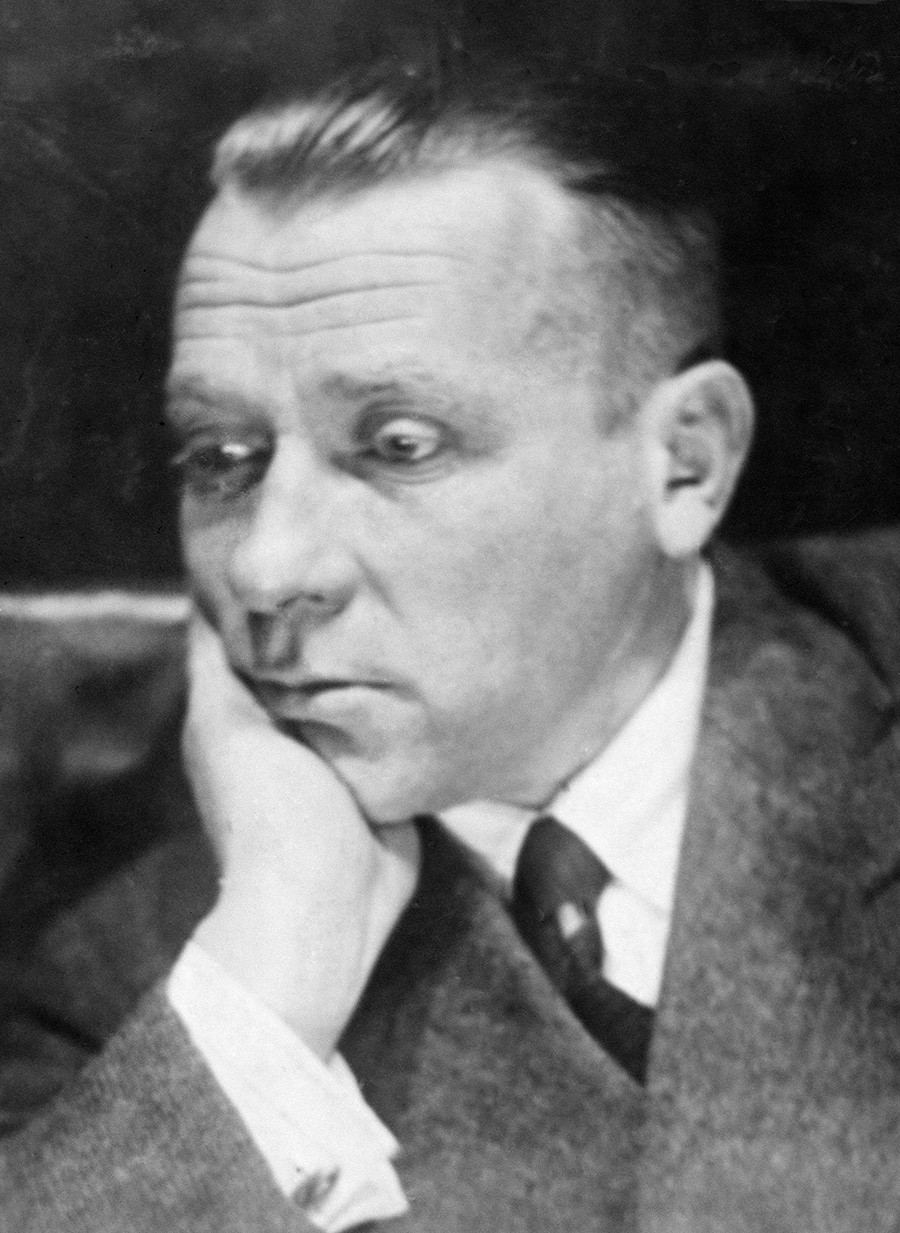 Soviet rule proved to be the main reason for the tragedy of Bulgakov’s fate.

His most quintessential novel, ‘The Master and Margarita’, saw the light of day only in 1966, twenty-six years after Bulgakov’s death. The same fate awaited his unfinished masterpiece, ‘Theatrical Novel’, which came out in 1967. ‘Heart of a Dog’ was written in 1925 and published only in 1987, while ‘The Life of Monsieur de Molière’ saw the light of day in 1962.

“To struggle against censorship, whatever its nature and whatever the power under which it exists, is my duty as a writer, as are calls for freedom of the press. I am an ardent supporter of that freedom and I believe that if any writer were to prove he didn't need that freedom, he would be like a fish affirming in public that it didn't need water,” Bulgakov wrote in his letter to the Soviet government in 1930.

3. Wrote one of the most translated Russian novels in history 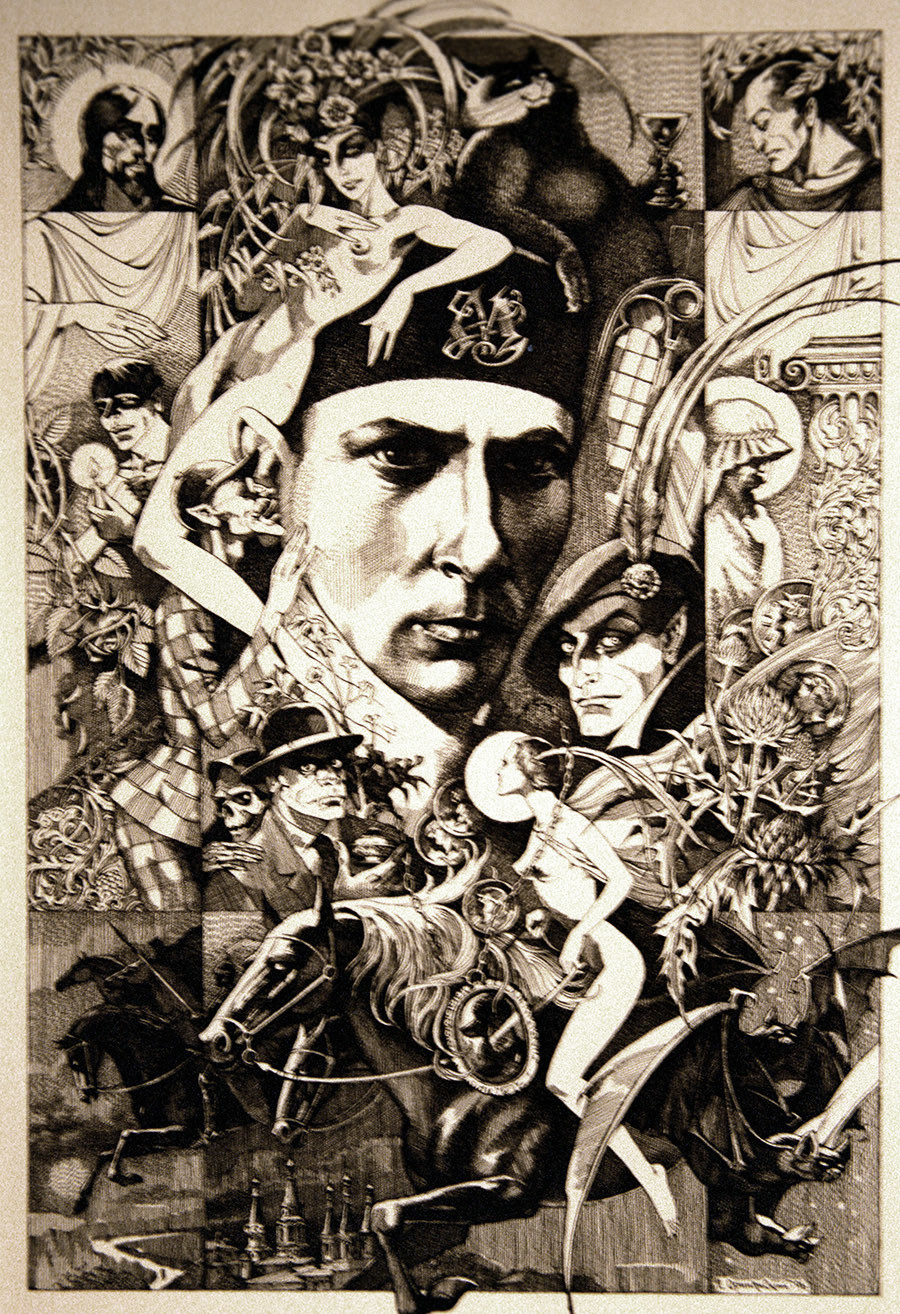 An illustration for 'The Master and Margarita', by Pavel Orinyansky.

Bulgakov’s magnum opus about the devil visiting Moscow in the 1930 is full of humor and stylistic brilliance. Bulgakov liked his revenge served cold, so he penned a novel about supernatural power, about Satan in Bolshevik Moscow, about the devil and Jesus and about a genius nameless writer who wrote a novel about Pontius Pilate, the fifth governor of the Roman province of Judaea, who ordered Jesus’ crucifixion. In Bulgakov’s metaphysical work, Satan is an ambivalent figure and is “part of that power which eternally wills evil and eternally works good”. In a bold and grotesque way, Bulgakov’s Woland (the Devil) opposes a new strain of evil, the one that is scathingly Soviet. And yet, trying to retell the plot of ‘The Master and Margarita’ is as almost as silly as trying to explain ‘The Lord of the Rings’ or ‘Alice in Wonderland’. It’s a page-turner!

READ MORE: Great Russian writers who BURNED their own works

In 1930, Bulgakov burned the first version of ‘The Master and Margarita’. His novel had a different title back then. Bulgakov wanted to call it either ‘The Black Magician’ or ‘A Juggler with a Hoof’, with the Woland character as the focal protagonist. The writer did not initially plan to burn the novel, but did it literally in the heat of the moment, when Soviet censorship banned his play ‘The Cabal of Hypocrites’.

Bulgakov made additions and corrections to the text until the last days of his life. His last masterpiece is awash with timeless maxims and aphorisms. “But would you kindly ponder this question: What would your good do if evil didn’t exist and what would the earth look like if all the shadows disappeared? After all, shadows are cast by things and people. Here is the shadow of my sword. But shadows also come from trees and living beings. Do you want to strip the earth of all trees and living things just because of your fantasy of enjoying naked light? You’re stupid.”

A truly great thinker, Bulgakov was a man who could diagnose not only purely medical conditions, after all.