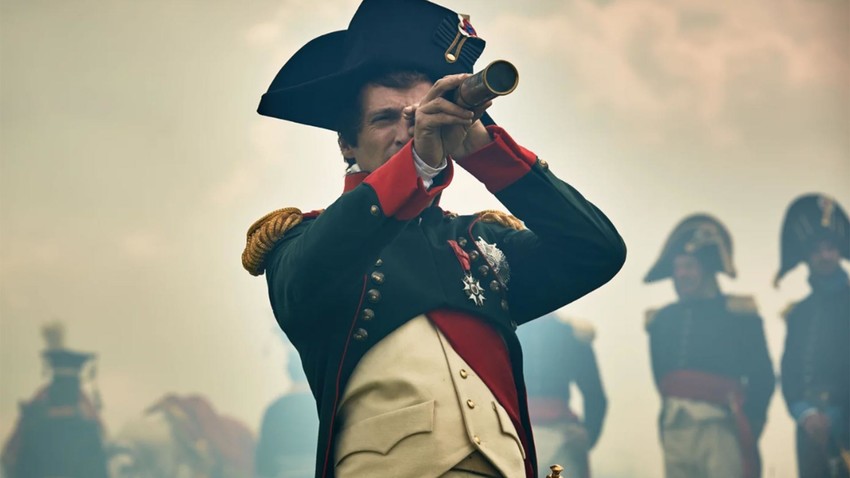 Tom Harper/BBC Cymru Wales, 2016
In any war, whichever side proclaims itself the victor, there are no real winners, they say. And yet, if there is one area of human experience that makes some “gains” from the war, it’s definitely literature.

Of all the conflicts and wars, the Patriotic War of 1812 between Russia and France became one of the key events in Russian history, marking the beginning of a new era. It was during this time that the idea of ​​an inclusive Russian national identity had formed, laying the foundation for the self-perception of the diversified Russian society. The war also became a source of great literary masterpieces, ‘War and Peace’ among them. 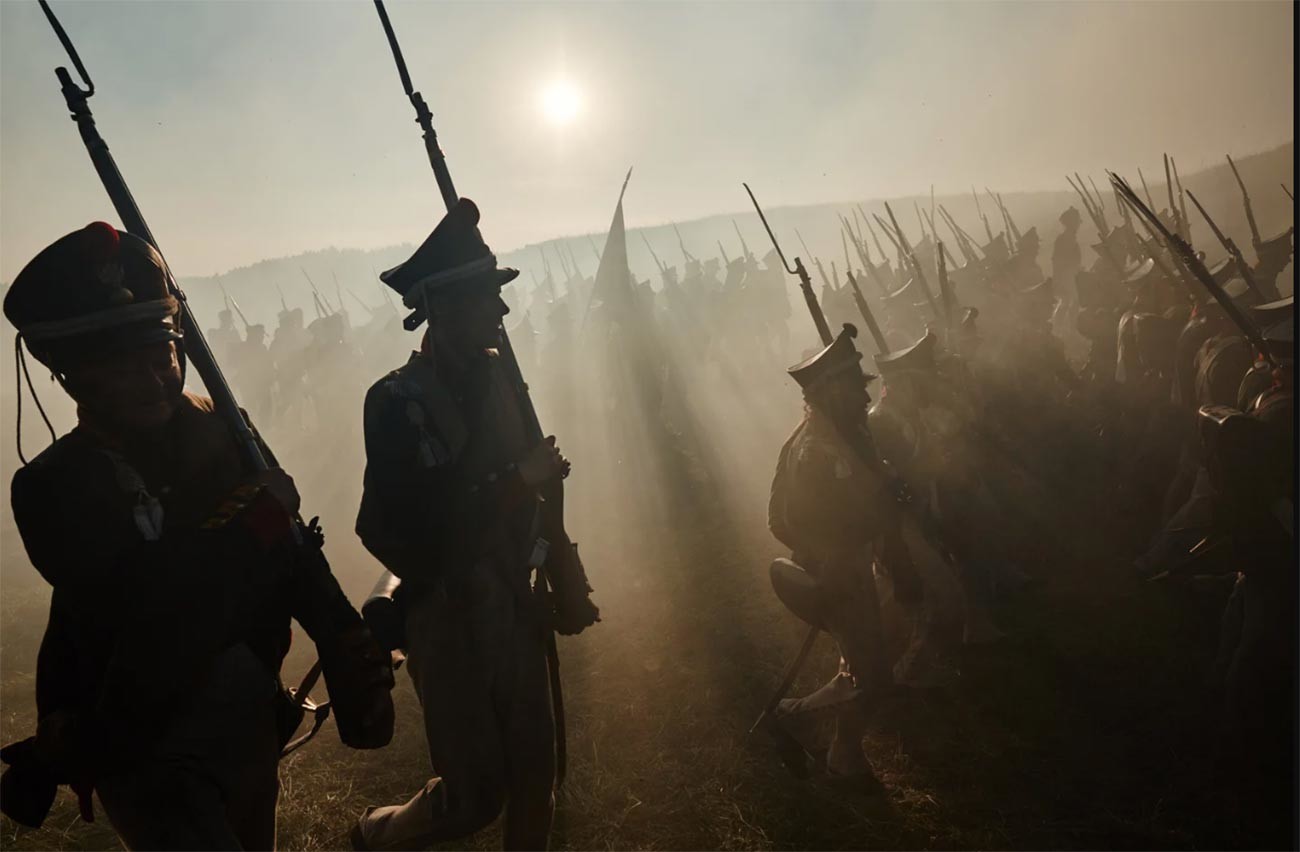 First and foremost, Leo Tolstoy’s epic novel, published in the 1860s, shaped public perception of that era through a rich interplay of history and fiction. The scale of the war itself was unprecedented. For the first time since the 17th century, the war was waged on the territory of the Russian Empire. The French captured Moscow, the heart and soul of the nation, and destroyed much of the city. Naturally, this was perceived as a national disaster! Although the country suffered huge losses, the Russian army eventually defeated the most powerful rival in Europe and, therefore, in the world.

In Russia, the War of 1812 was, by far and large, viewed as the clash of the titans, the battle between good and evil. Russia’s unimaginable victory over the French army was perceived as evidence of God’s direct intervention.

Mikhail Lermontov, the poet behind ‘A Hero of Our Time’, described it in his famous verse titled ‘Borodino’:

“Were it not the will of God alone,

Old Moscow would have stood!”

Russian literature and poetry of that time actively interpreted and analyzed the monstrous war. 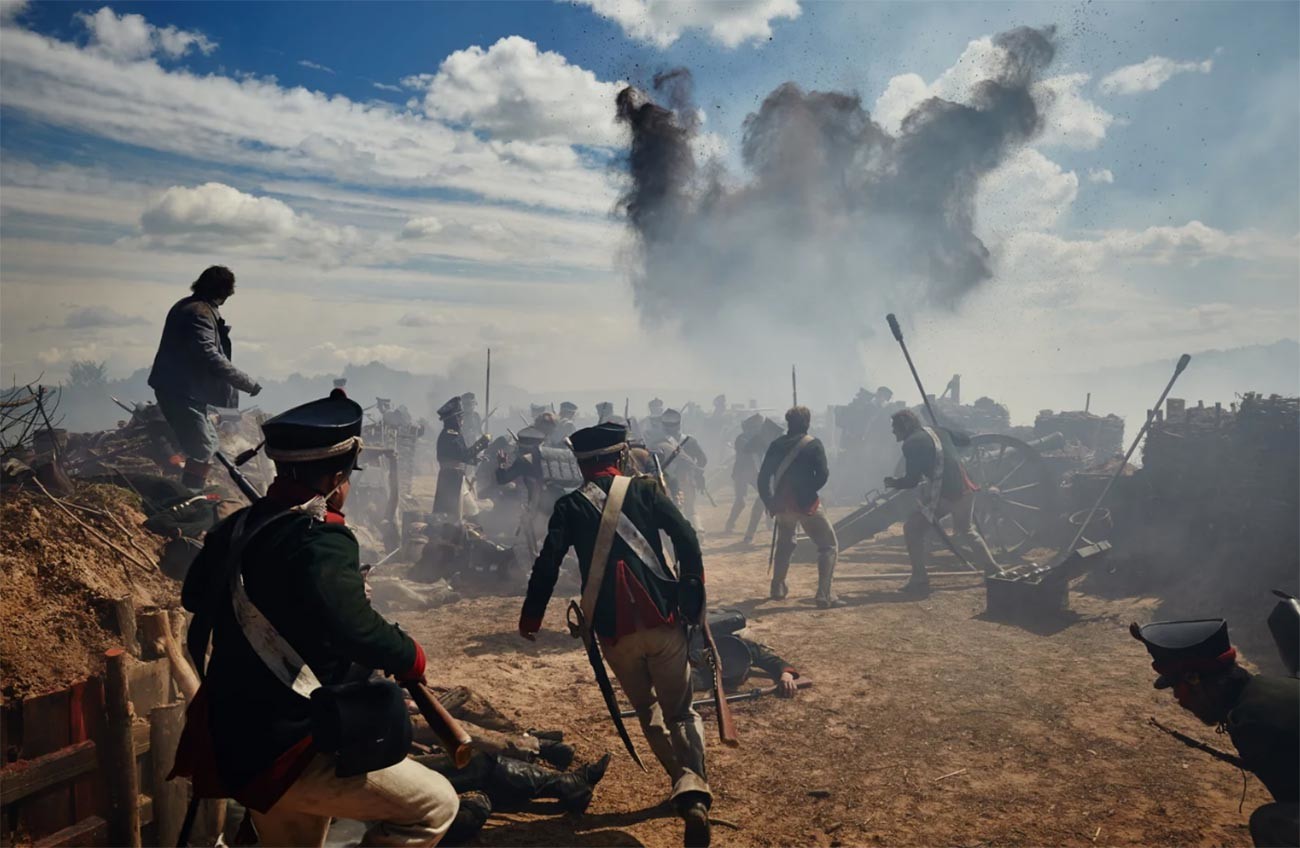 The image of Napoleon Bonaparte, Russia’s enemy number one, who proclaimed himself Emperor Napoleon I in 1804, underwent significant changes. His reputation had dramatically evolved, to the point where Napoleon was loved, hated, pitied and feared in equal measure. The former ruler of the world eventually became a tragic symbol of the changeable nature of human fate and the frailty of life.

“He knew it was Napoleon - his hero- but at that moment Napoleon seemed to him such a small, insignificant creature compared with what was passing now between himself and that lofty infinite sky with the clouds flying over it. At that moment it meant nothing to him who might be standing over him, or what was said of him,” Count Andrei Bolkonsky said in his inner monologue in ‘War and Peace’.

READ MORE: How Napoleon came to be RESPECTED in Russia

“If everyone fought for their own convictions there would be no war,” Leo Tolstoy aptly noted in ‘War and Peace’. In fact, the quintessential Russian writer knew what he was talking about. The future author of ‘Anna Karenina’ went into military service, largely because he needed to pay off his debts. In 1851, Tolstoy was assigned to the 4th battery of the 20th artillery brigade as a cadet. He spent two years in the Caucasus in the thick of the action. Around this time, Tolstoy published the first part of ‘Childhood’, his autobiographical novel which became a huge success, and mapped out the plot of other important works like ‘A Landowner’s morning’ and ‘The Cossacks’.

In 1853, with the outbreak of the Crimean War, the up-and-coming novelist was transferred to the Danube army and took part in the Battle of Oltenița and the Siege of Silistria. Two years later, Tolstoy found himself in Sevastopol, Crimea. He commanded a battery in the battle on the Black River and was there during the siege of Sevastopol and the Battle of Malakoff.

Despite all the hardships of the field life, Tolstoy continued to fight and write. During this time, he wrote the first of the four ‘Sevastopol Tales’ that Russian emperor Alexander II particularly admired.

World War I, or the Great War, caused havoc, killed hundreds of thousands and proved to be a real disaster for Russia.  It ruined people’s hopes, ambitions and dreams. Russia was like a wounded animal that wouldn’t recover from the defeat. 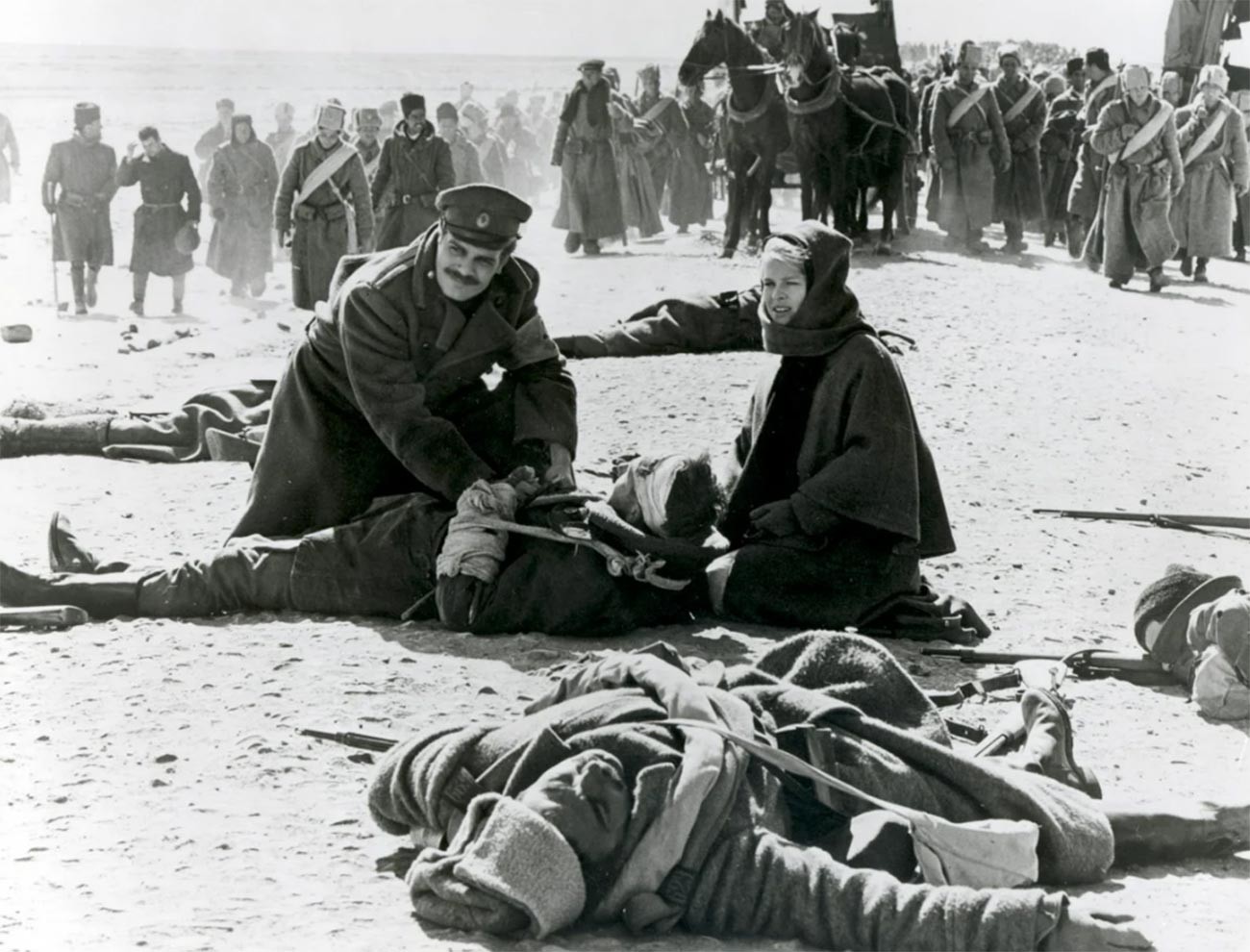 Nobel laureate Boris Pasternak depicted the turbulent war in ‘Doctor Zhivago’, considered by many as one of the most touching, lyrical and beautiful novels of the 20th century. Pasternak shed some light on the grim reality of World War I in his heartfelt tour de force. The saga focused on the terrible realities of life under the Bolsheviks. The book covered the Russian Revolution of 1905, the Civil War, as well as the 1917 Revolution, just to name a few. 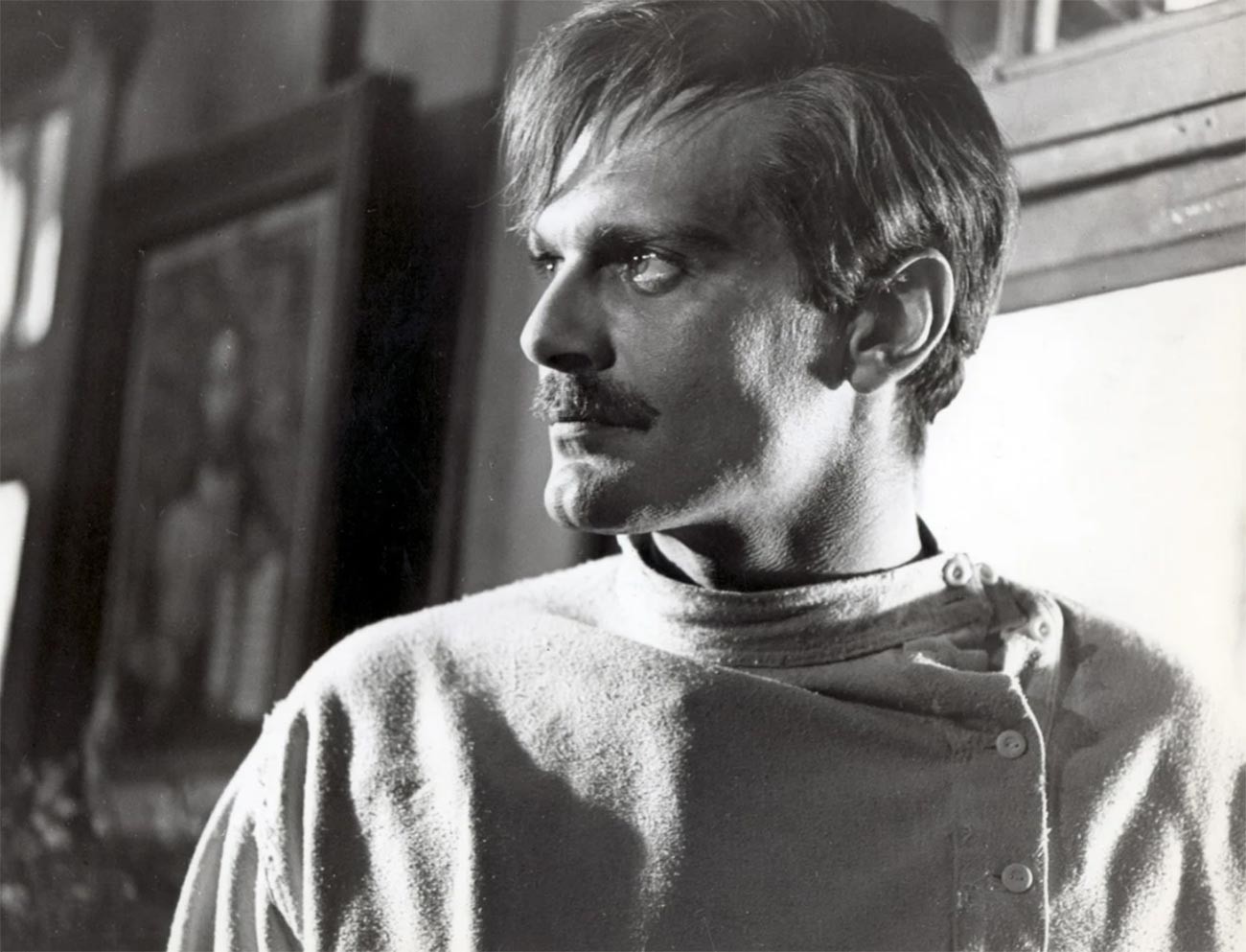 “Half was done by the war, the rest was completed by the revolution. The war was an artificial interruption of life, as if existence could be postponed for a while (what nonsense!). The revolution burst out against its will, like a sigh that had been delayed for too long. Everyone came to life, was reborn, everyone had transformations, upheavals. One could say: each survived two revolutions, one their own, personal, and the other - collective.”

Writers didn’t just chronicle the horrors at the front, but captured the impact of the war on all sorts of people.

The epic ‘And Quiet Flows the Don’ by Mikhail Sholokhov, another Nobel laureate, is a large-scale historical drama about the lives of Don Cossacks during World War I and the Russian Civil War. The novel is filled with blood, anger and action. 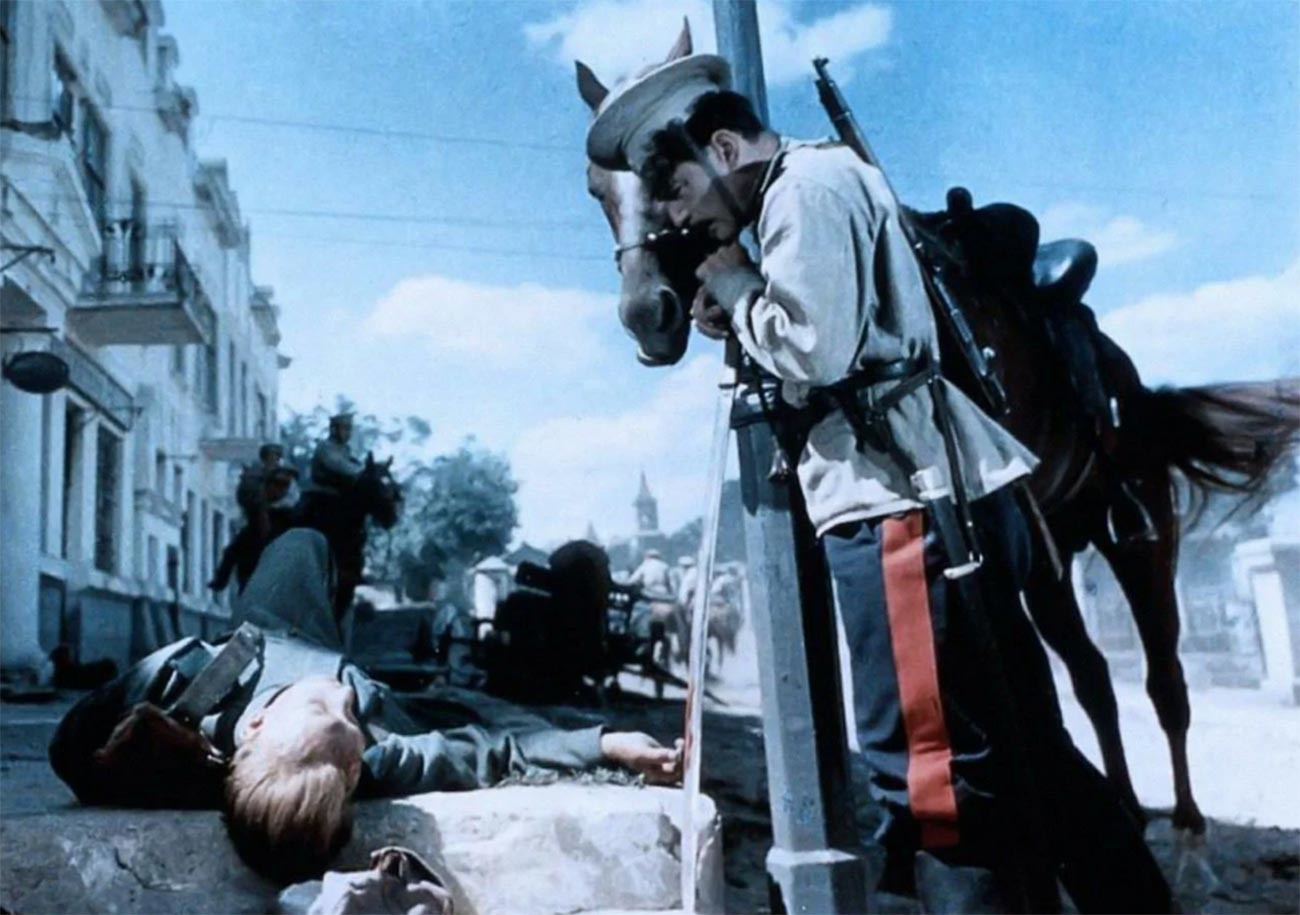 ‘And Quiet Flows the Don’

“Grigory met the Austrian’s gaze. Death-filled eyes gazed at him. The Austrian was slowly bending his knees, a gurgling wheeze humming in his throat. Blinking, Grigory waved his sword. A blow with a long pull tore the skull in two. The Austrian fell, bumping his hands, as if slipping; the halves of the skull were thumped dully on the stone of the pavement.”

It began at 4 am, on June 22, 1941, when Nazi Germany attacked the Soviet Union. When the war broke out, one of Russia’s finest poets Arseny Tarkovsky (the father of the famous filmmaker Andrei Tarkovsky) found himself in Moscow, where he underwent military training with other writers. 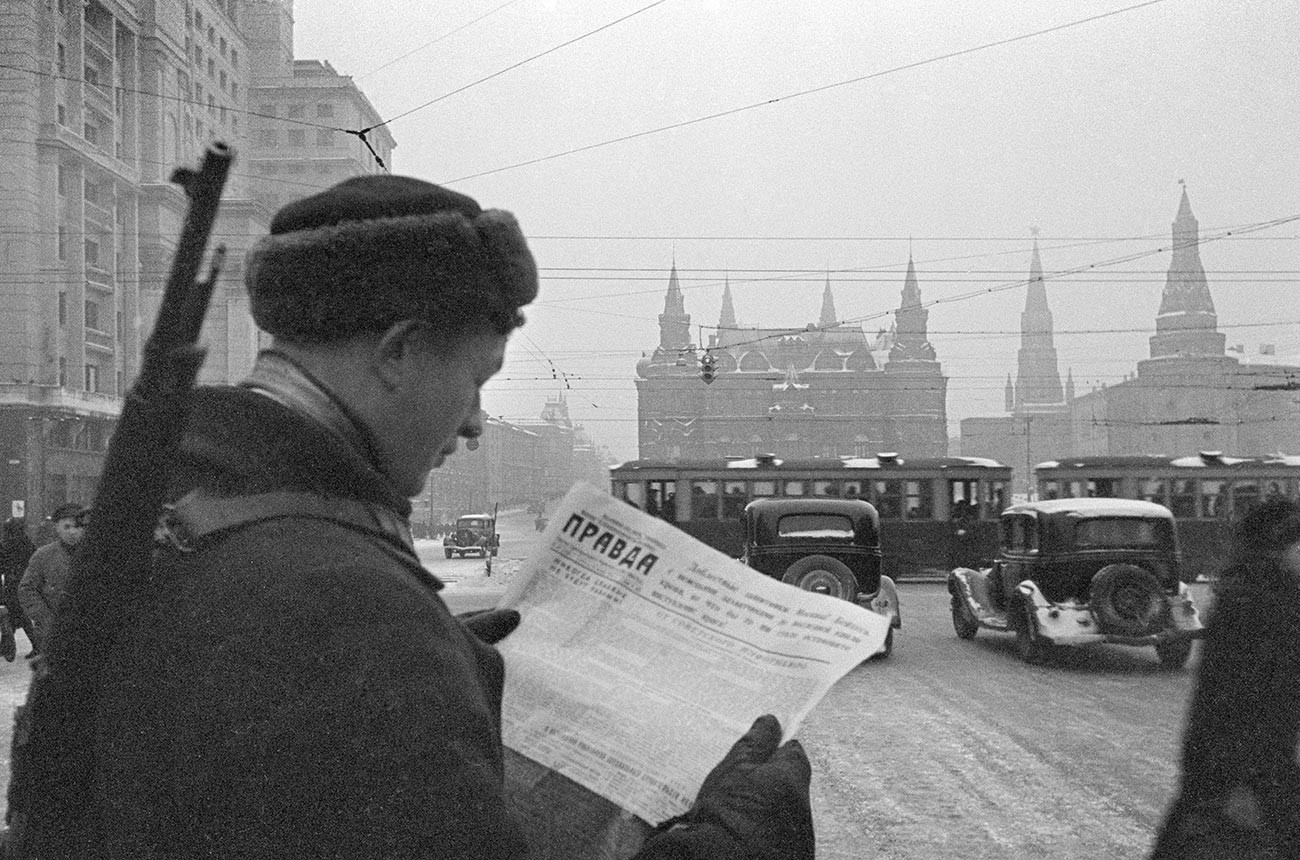 Tarkovsky was determined to join the army, but the state medical board refused to grant him permission. He wrote more than ten letters to the Soviet Writers’ Union, begging to be sent into the battlefield. After much deliberation, Tarkovsky became a war reporter.

There’s one night left to build fortifications.
It’s in my hands, the hope for our salvation.

I’m yearning for the past; then I could warn
Those who were doomed to perish in this war.

A man across the street would hear me cry,
“Come here, now, and death will pass you by.”

The Soviet Union made the biggest sacrifices in defeating the Nazis. At least 27 million perished during the war. Soviet writer Vasily Grossman described the atrocities of the messy war and of the Soviet totalitarian system in his magnum opus, ‘Life and Fate’.

If you could only ever read one book about war, this should probably be it. Grossman’s masterpiece is about every aspect of freedom: freedom of thought, choice and action. He dared to think big and was the first to show how World War II affected the whole of the Soviet Union. As Grossman well understood, fascism and totalitarianism proved to be two sides of the same coin. In ‘Life and Fate’, he dared to portray both the Nazi camps and Stalin’s gulags. 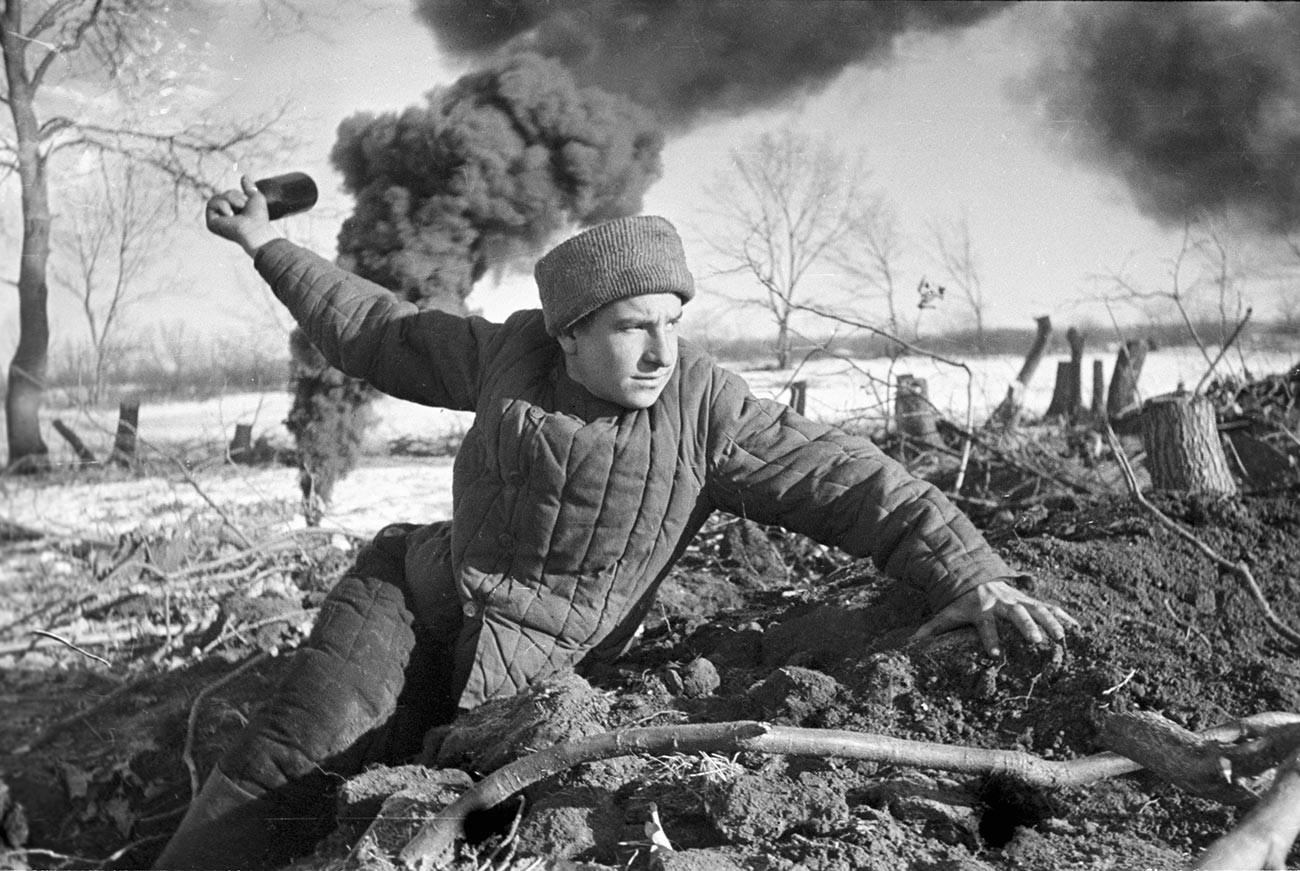 At the center of the story is the crucial battle of the Great Patriotic War, the Battle of Stalingrad. But while Tolstoy showed how the nation became united as solid rock during the key Battle of Borodino in ‘War and Peace’, the Great Patriotic War, according to Grossman, exposed how Russian people, although united by a common goal to win the war, failed to stand united against the horrendous abuses of the Soviet system. Grossman puts a lens on the fate of his characters fighting a losing battle against the cruelty and injustice of the totalitarian state. His ‘Life and Fate’ became a universal catchphrase even for those who haven’t read the novel.

As one of the most influential Russian poets, Anna Akhmatova was no stranger to political unrest. She survived two world wars, the 1917 Revolution and the Siege of Leningrad.

The birds of death are at the zenith,

Who will rescue Leningrad?

Be quiet — it is breathing,

It’s still living, it hears everything:

How at the bottom of the Baltic Sea

Its sons groan in their sleep,

How from its depths come cries: “Bread!”

That reach to the firmament…

But this solid earth is pitiless.

And staring from all the windows — death. 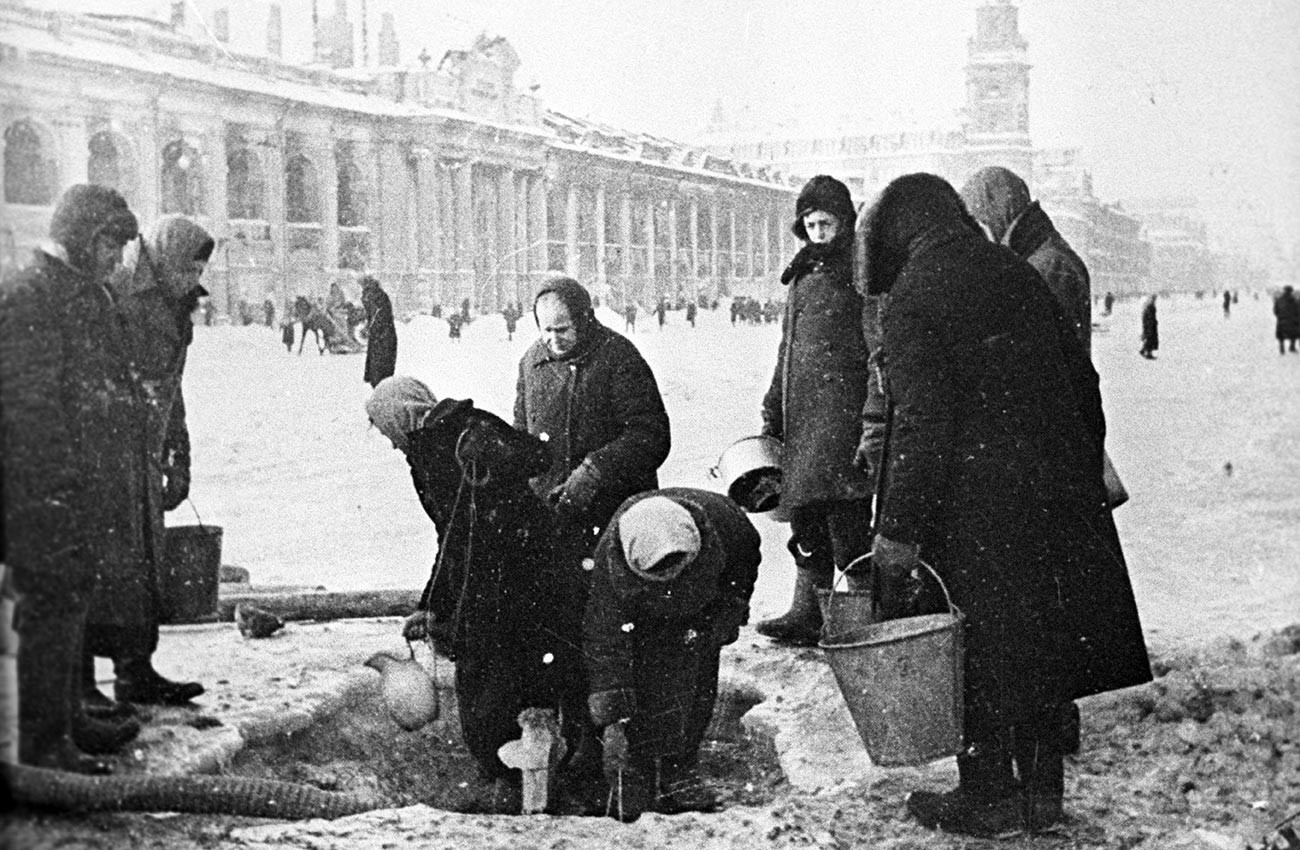 The Siege of Leningrad

Akhmatova never supported the communist regime, which mercilessly thrashed her fate, as well as that of her husband, poet Nikolay Gumilev, who was arrested and executed (Akhmatova’s son was, meanwhile, exiled to Siberia for his anti-Soviet views.) And yet, Akhmatova, whose famous poem ‘Requiem’ made her the rare voice of the downtrodden, knew how badly people needed moral support in their fight against fascism.

What’s war? What’s plague? We know that they will pass,

Judgement is passed, we see an end to them.

But which of us can cope with this fear, this –

The terror that is named the flight of time?

The grande dame of Russian poetry knew how to ask the right open-ended questions better than anyone.