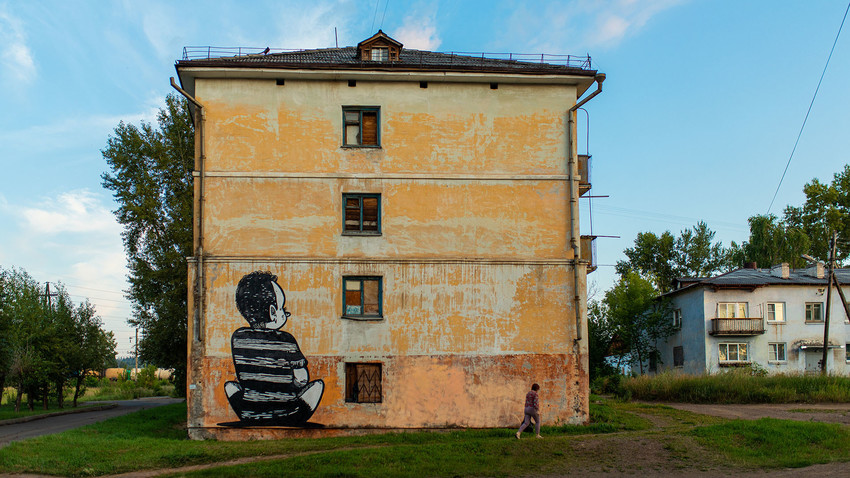 Grigory Sharov
Artists worldwide have filled a small Siberian city with street art, without getting approval from anyone or even being physically in the city. It became reality thanks to just one person.

For the second year, Bratsk (Irkutsk Region, almost 5,000 km east of Moscow) is hosting the 'One For All' street-art festival. It is the brainchild of 33-year-old local artist Grigory Sharov, who has no team, sponsors or government support. The concept is simple and ingenious: artists from other cities and countries send him their sketches, which he brings to life in the city. 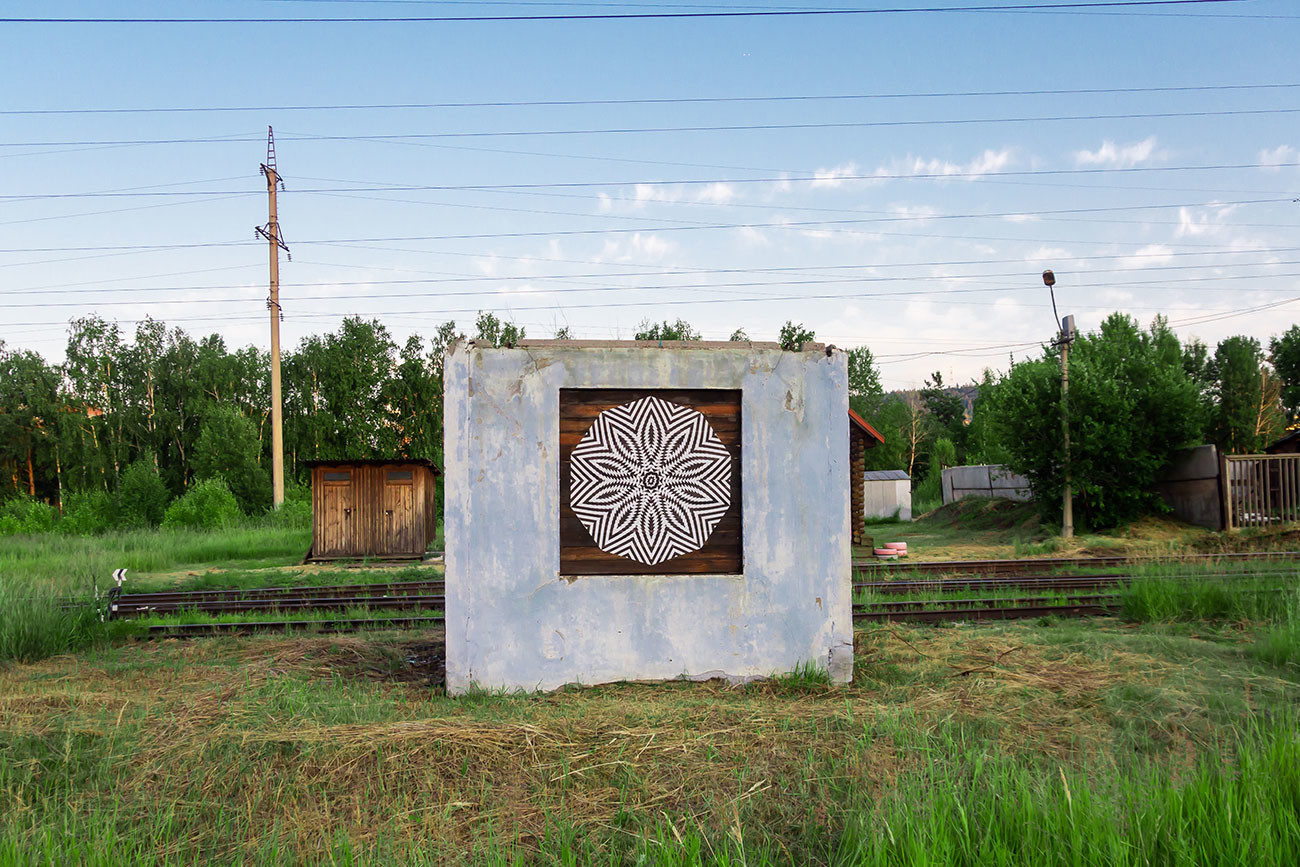 “Bratsk is a small industrial city, I’d even say a raw-material appendage. It is home to some large factories, such as the Bratsk hydroelectric power station, and practically nothing else,” says Sharov.

He became interested in street art when he lived in Moscow. His first job came about quite by chance. On his way to work one day, he spotted a sign reading: “The karate club is closed”. The next day, he bought a black belt and attached it next to the sign as a makeshift black ribbon. 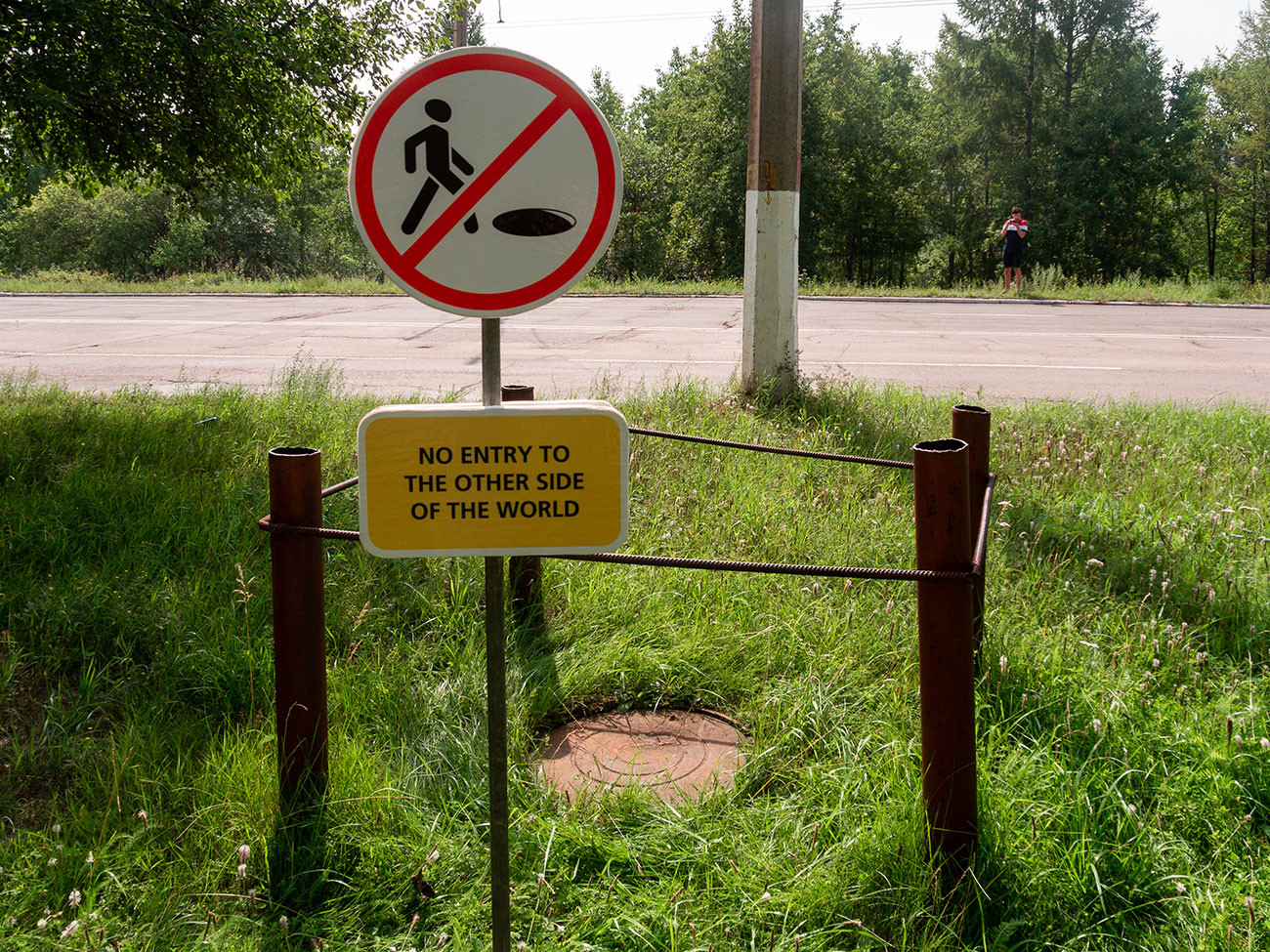 Grigory returned to Bratsk five years ago when his father died. That caused a major rethink: what Sharov had been doing in Moscow (working as a project manager for a design studio and trying to become an actor) was impossible in Bratsk. “I thought to myself, what can I do instead? I have a notebook to write down my plans. I opened it and conceived the idea of creating a more conscious kind of street art.”

That’s when he created the work 'Sportsmen' – a homage to the work of the same name by Kazimir Malevich. Unexpectedly, it got a response. All local media and some even in Moscow wrote about it. 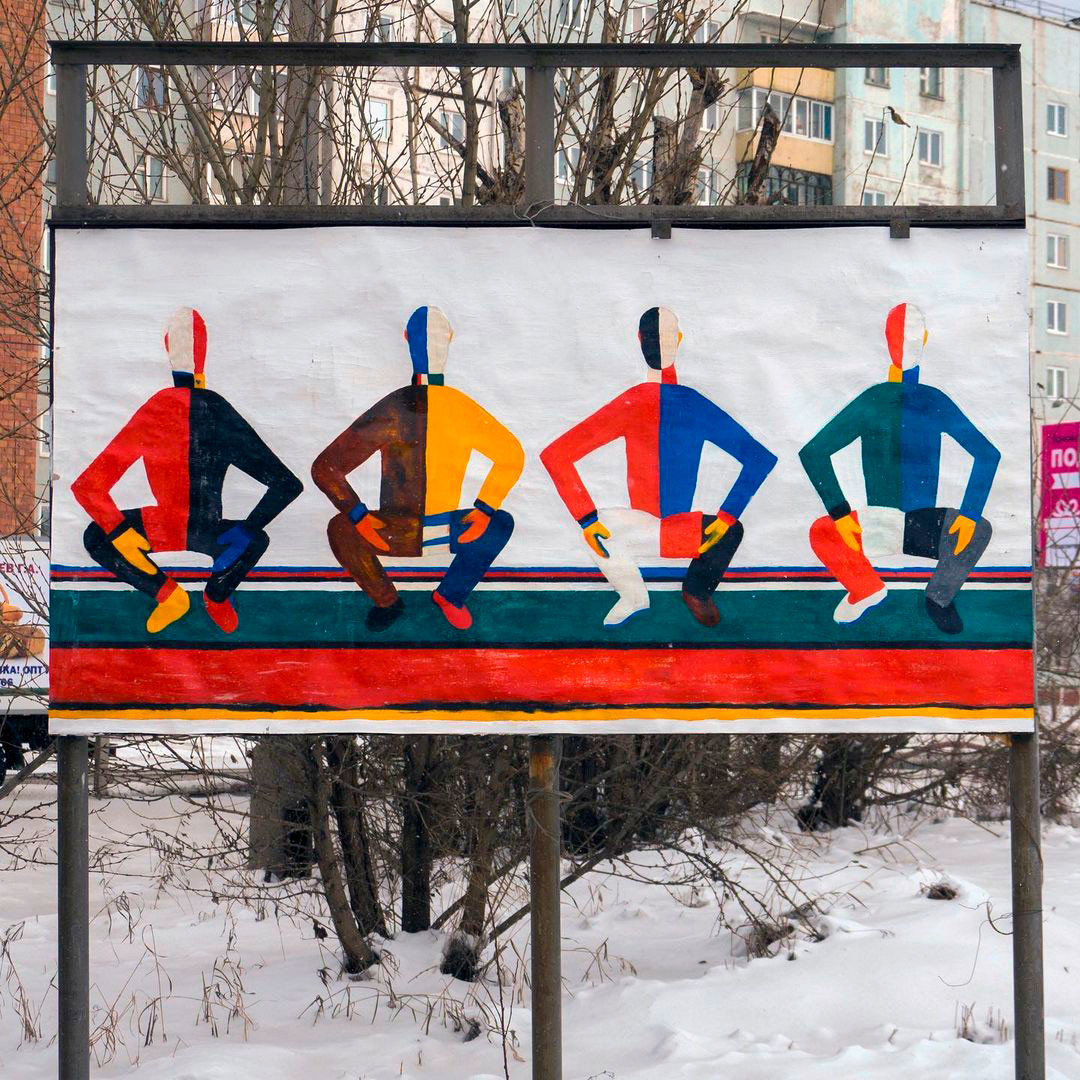 “My ‘Sportsmen’ looks exactly the same, but the four figures are squatting. It was a reference to gopniks [young thugs from the lower stratum of Russian society who have a characteristic way of squatting]. All my childhood was spent in that environment. Bratsk is a criminal city. But when I left, it seemed to me that all this 1990s subculture had dissolved, that it no longer existed anywhere. But when I returned, I was horrified to discover nothing had changed in Bratsk. Then I conceived this work, which struck a chord with many.” 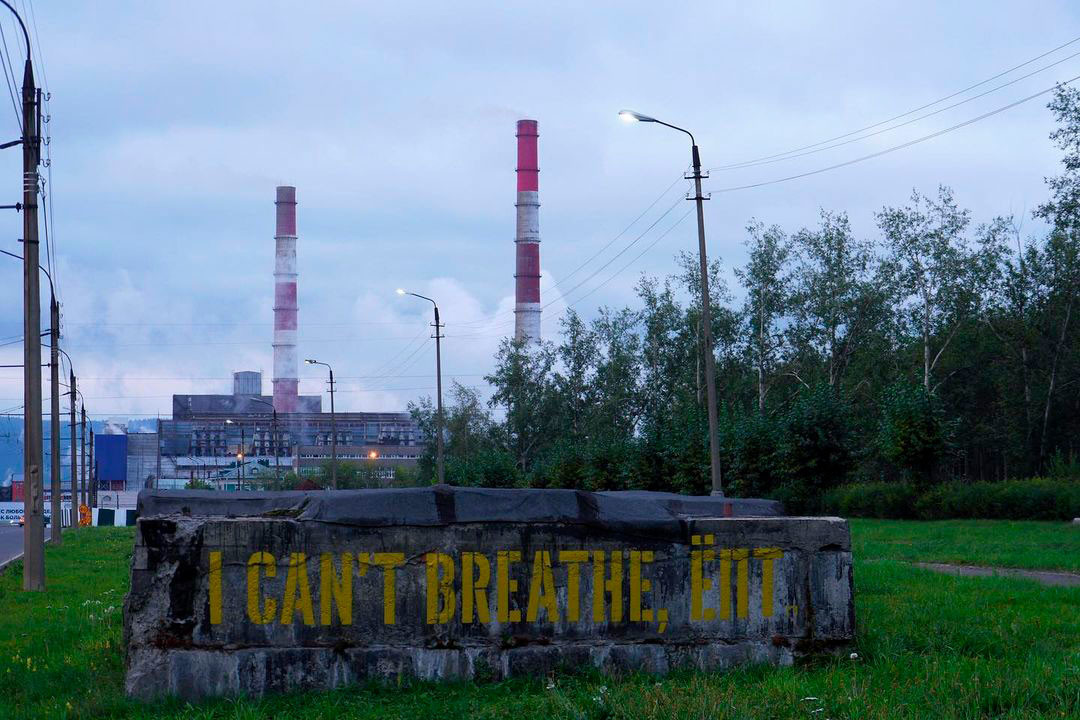 Sharov realized one other thing: he was the only street artist in Bratsk. And he wanted to change that.

The standard strategy was to go to the city authorities, get approval, request a budget and wait (usually a long time). That, says Sharov, is how all such festivals take place in Russia, if they are legal. 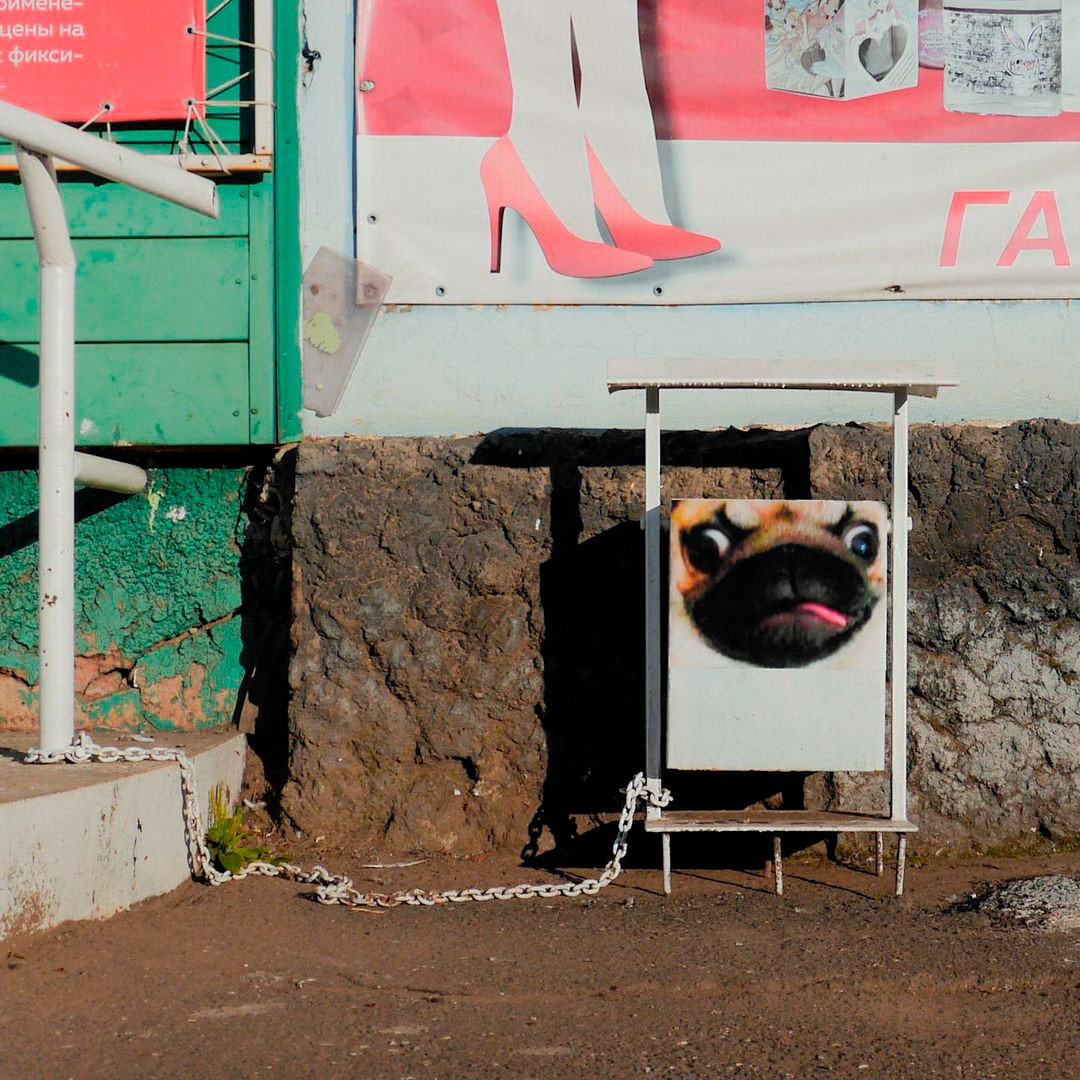 “It was understood that the budget would be small, and we wouldn’t raise any socio-political issues, each work would be approved individually. I really didn’t want that. I thought: ‘What if I draw all the works myself?’”

“We don’t even have paint here, let’s get some from another city”

The first One For All festival in 2020 featured only works by Russian artists. He was nervous about writing to artists and asking for sketches, since most of them were just Instagram followers. But to his surprise, no one found the idea strange. 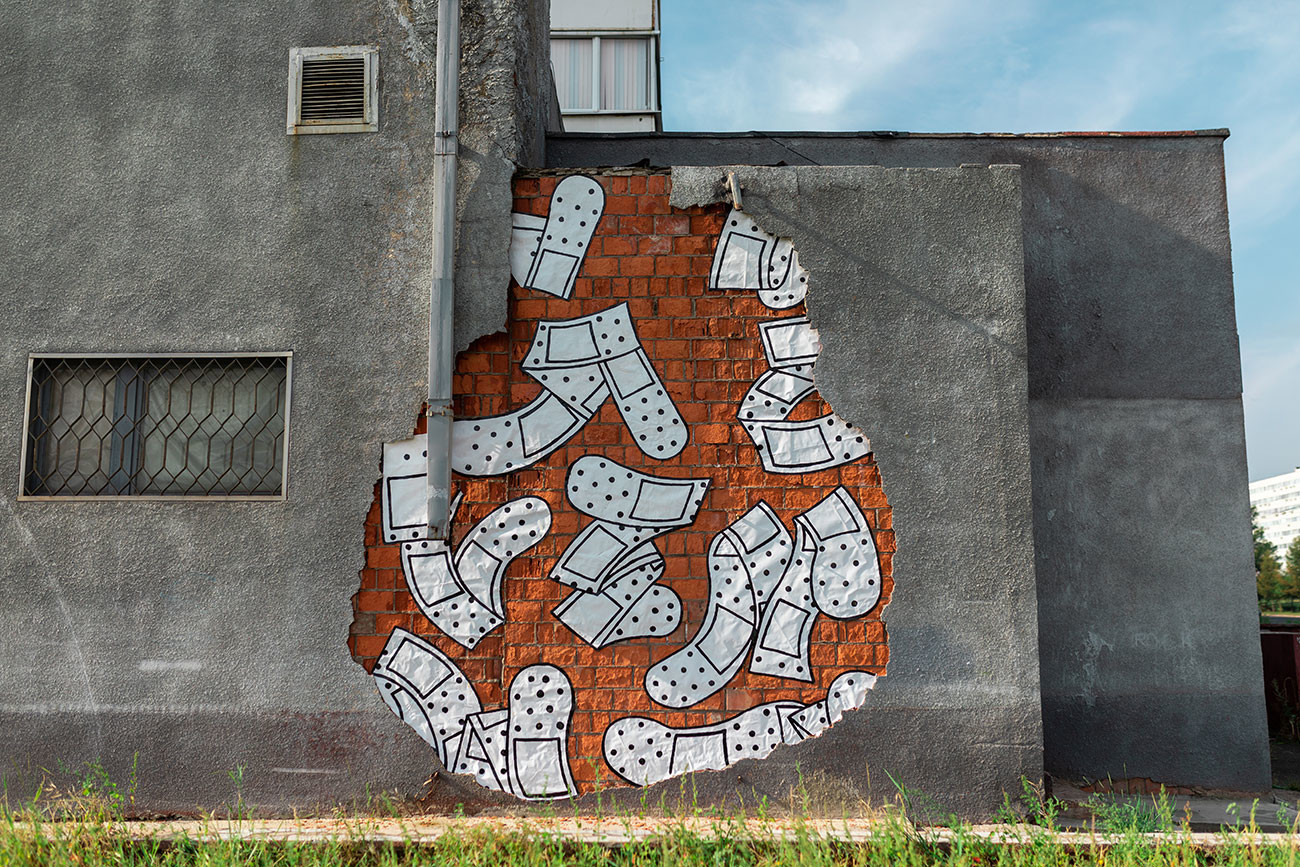 First, Sharov photographs interesting locations and objects, shows them to artists, and they send sketches. Sharov never moderates them. 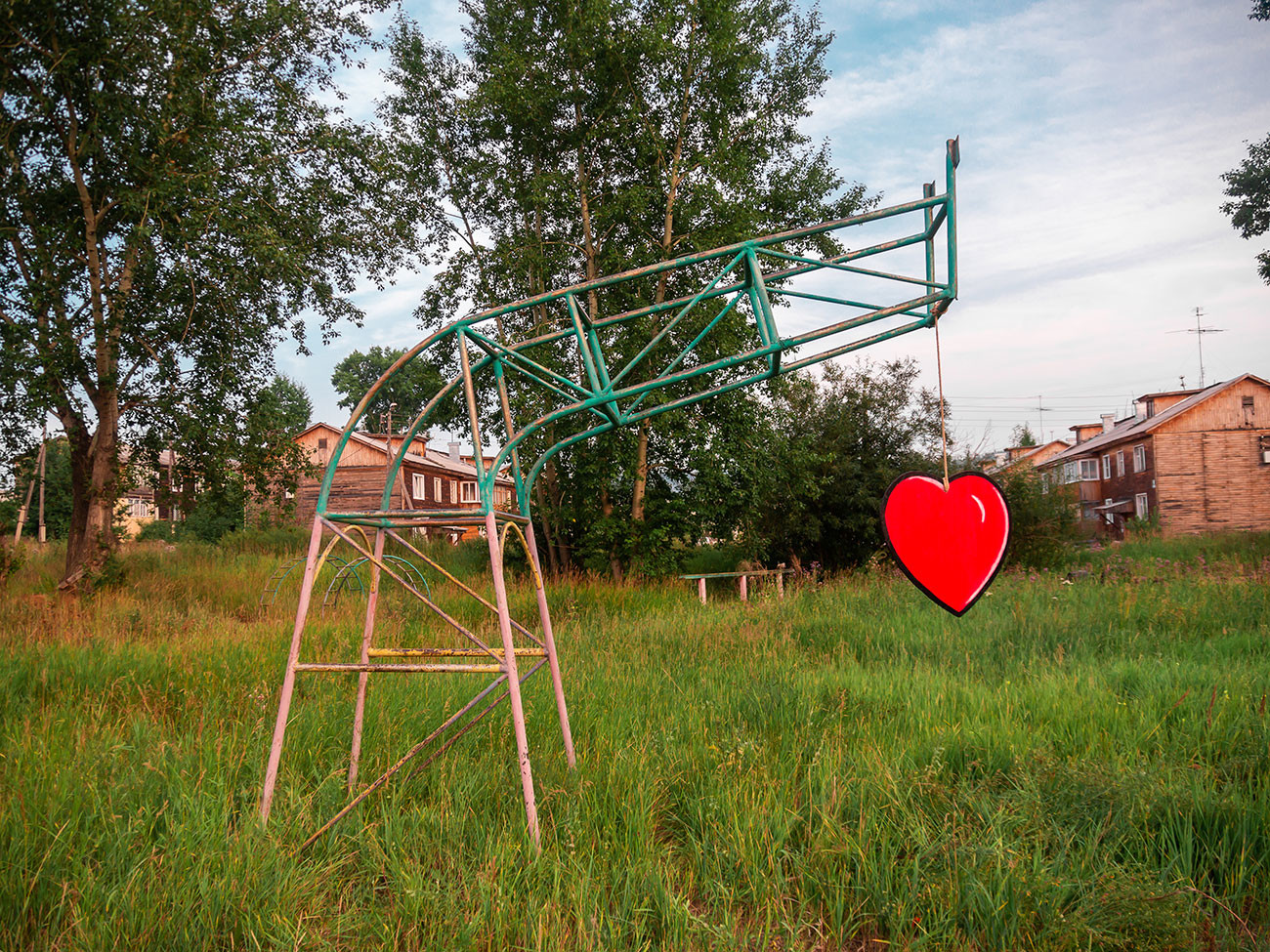 “In Bratsk, however, there are problems even with materials. Today I needed some old banners. I called all the advertising agencies, but they told me there was nothing available yet and to try again after the elections,” he says. Once Sharov had to go to the neighboring city of Irkutsk for spray paint, because there wasn’t any in Bratsk. He also got tiles from there. 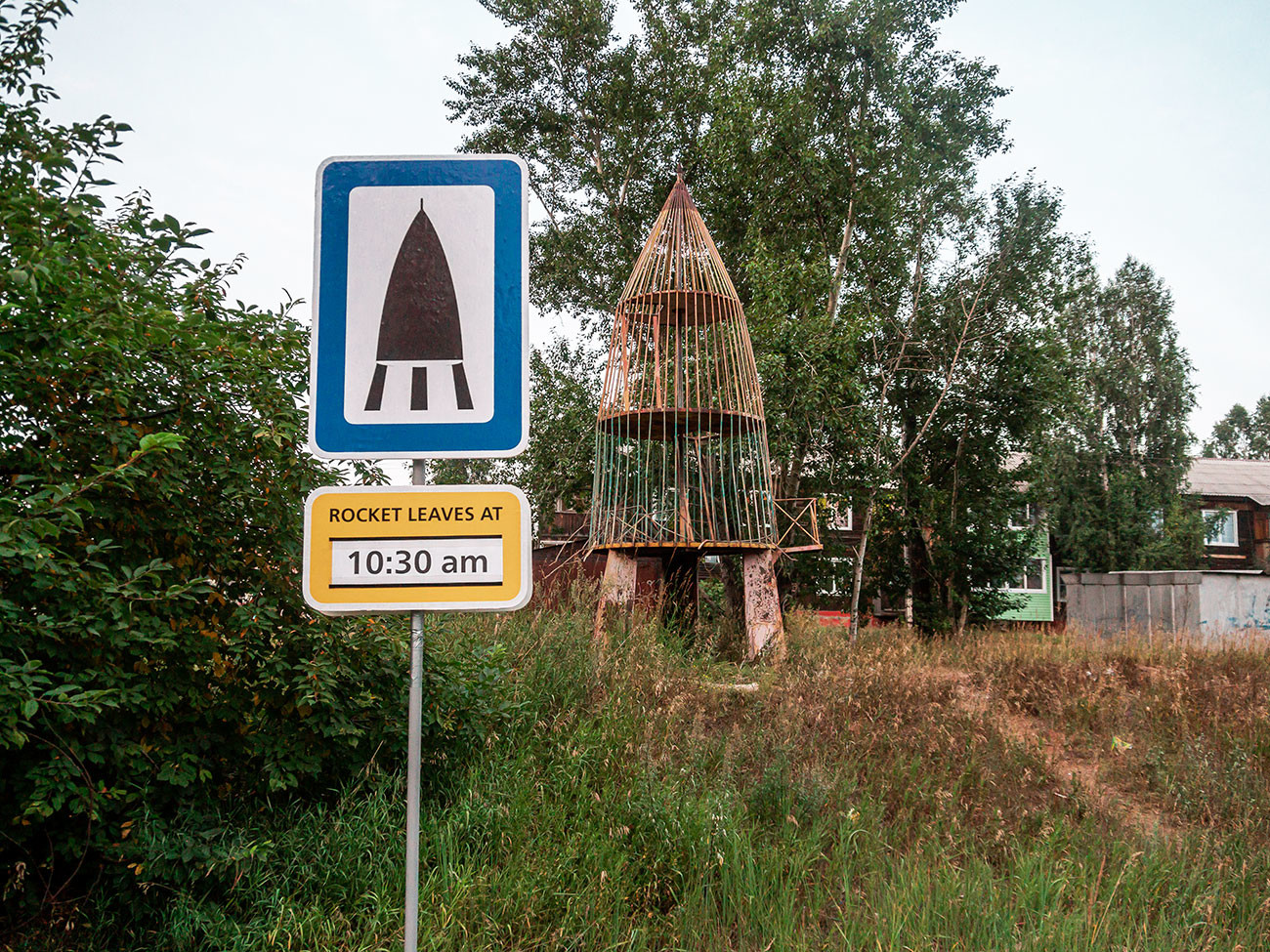 It takes about six weeks to prepare. Sharov does everything alone, refusing sponsorship money and advertising. But his friends help out: someone brings stepladders, someone helps him glue huge stencils until nightfall, someone else goes to a neighboring city for materials. "One For All always features highly conceptual works. Often they are ugly, unaesthetic, not a building facade decorated with cute illustrations. They are small, hard-hitting ideas. Independence is very important here.” 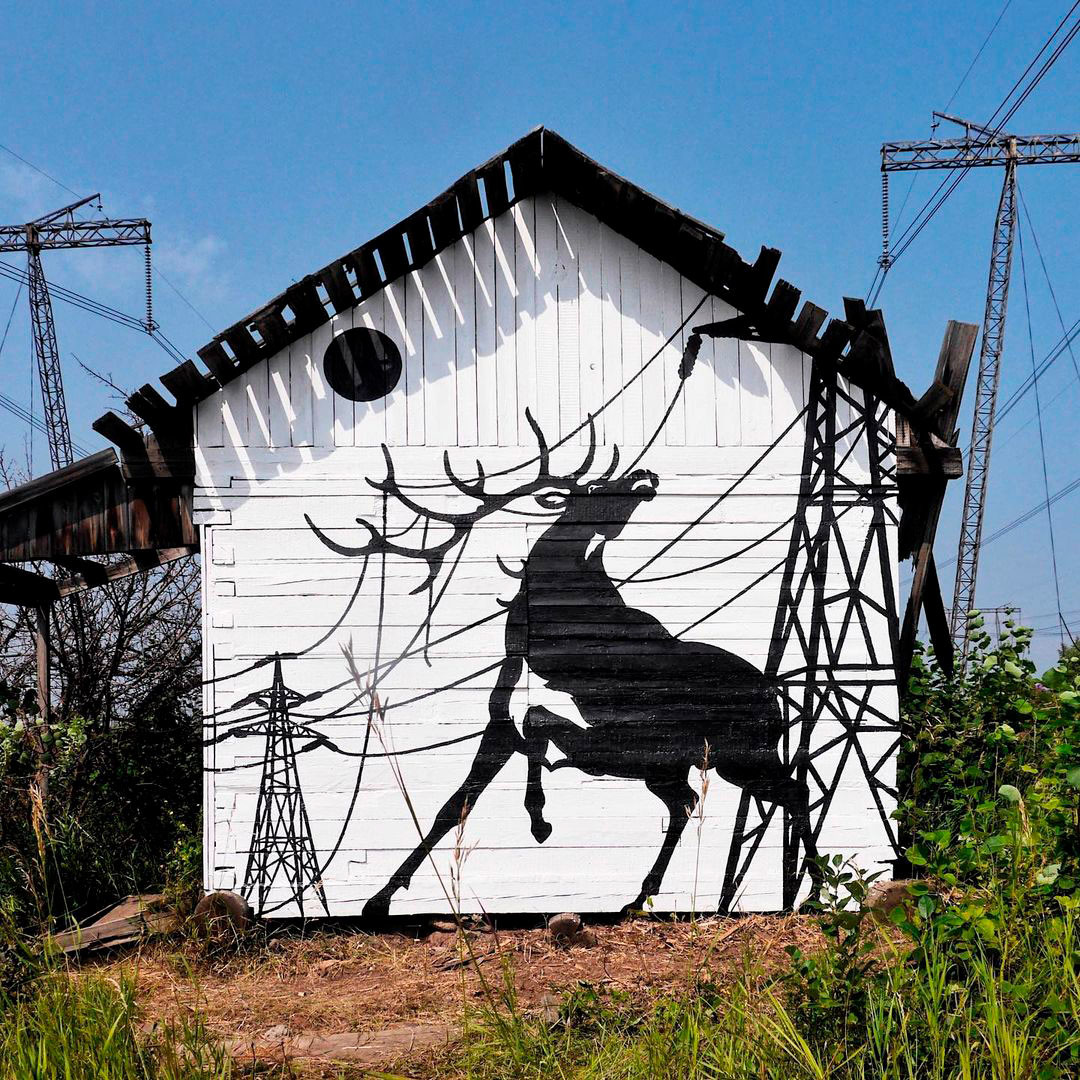 He has never been arrested, he says. Once, when creating a work at a busy intersection, he was approached by police three times, always with different questions. They only laid off when he showed them a report about his work on local TV: “They decided that since I was on TV, everything must be fine.” 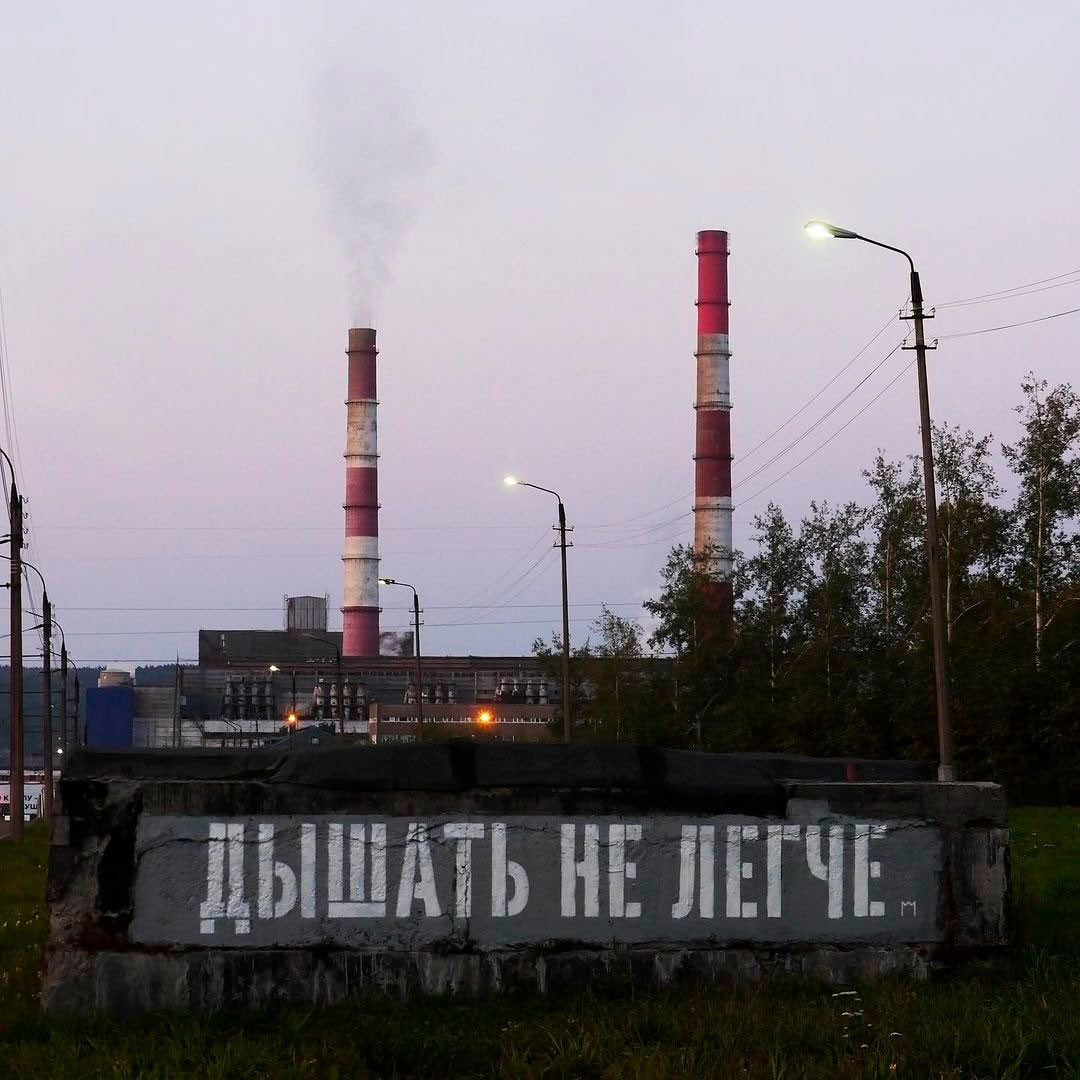 “Breathing is not easier”

Come the second festival, the geography of participants had expanded to all continents. “I literally spent my evenings online searching for things like ‘street art Chile’ and seeing what was happening there. I did it countless times until I found people who were suitable and unlike each other.” 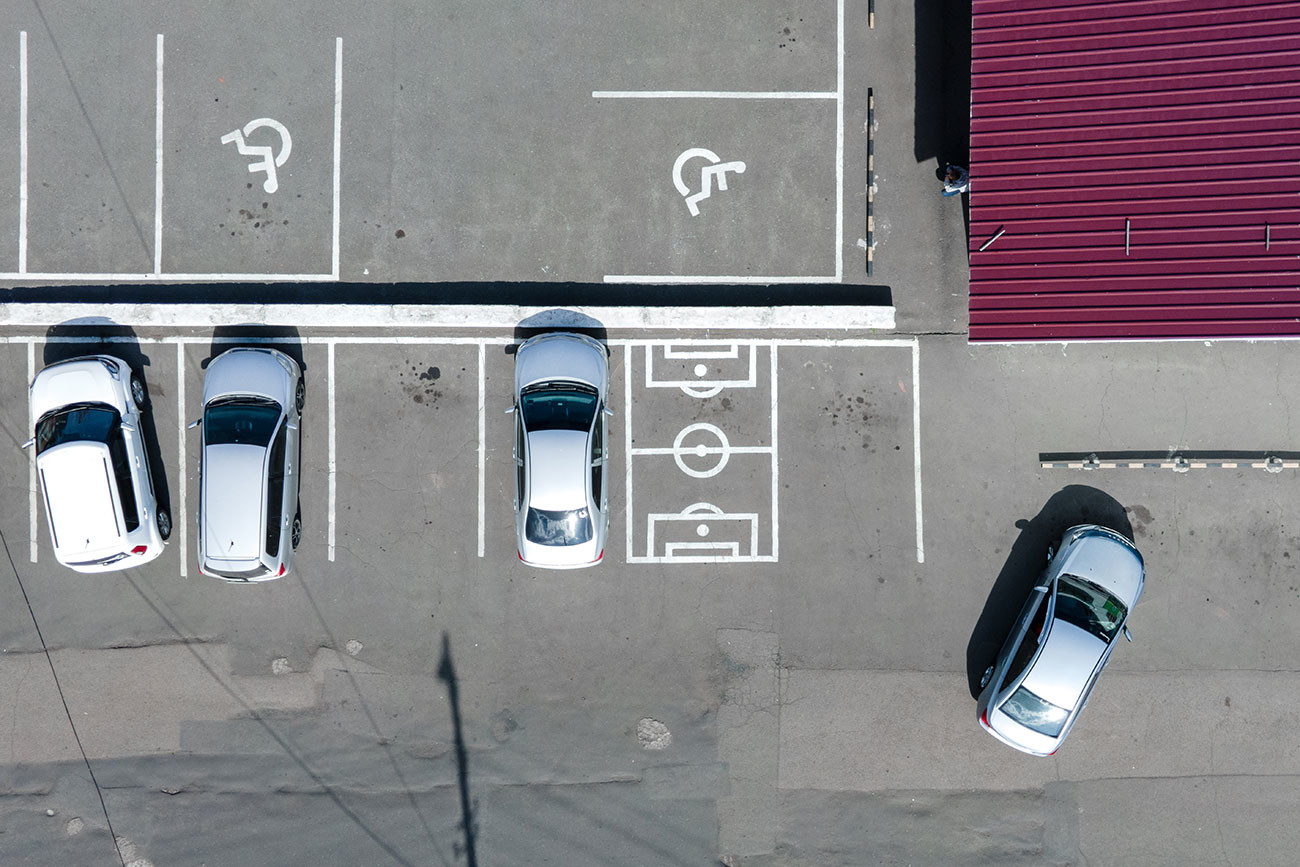 “Naturally, none of them really knows where Bratsk is. I email them an explanation: Bratsk is a small city in Siberia, not so far from Lake Baikal, etc.”. 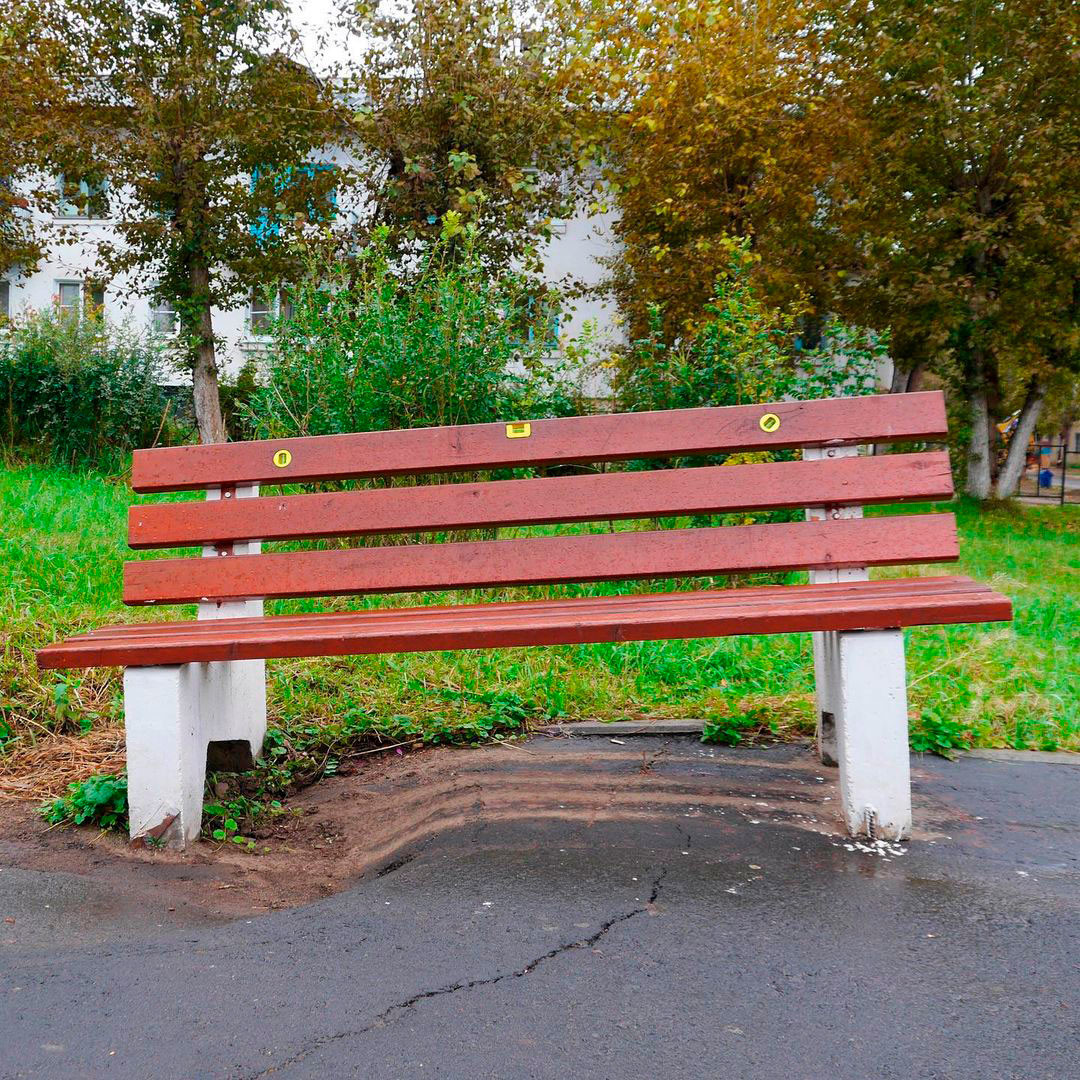 As it turned out, Bratsk inspires artists from abroad. Many say they’d like to visit one day. 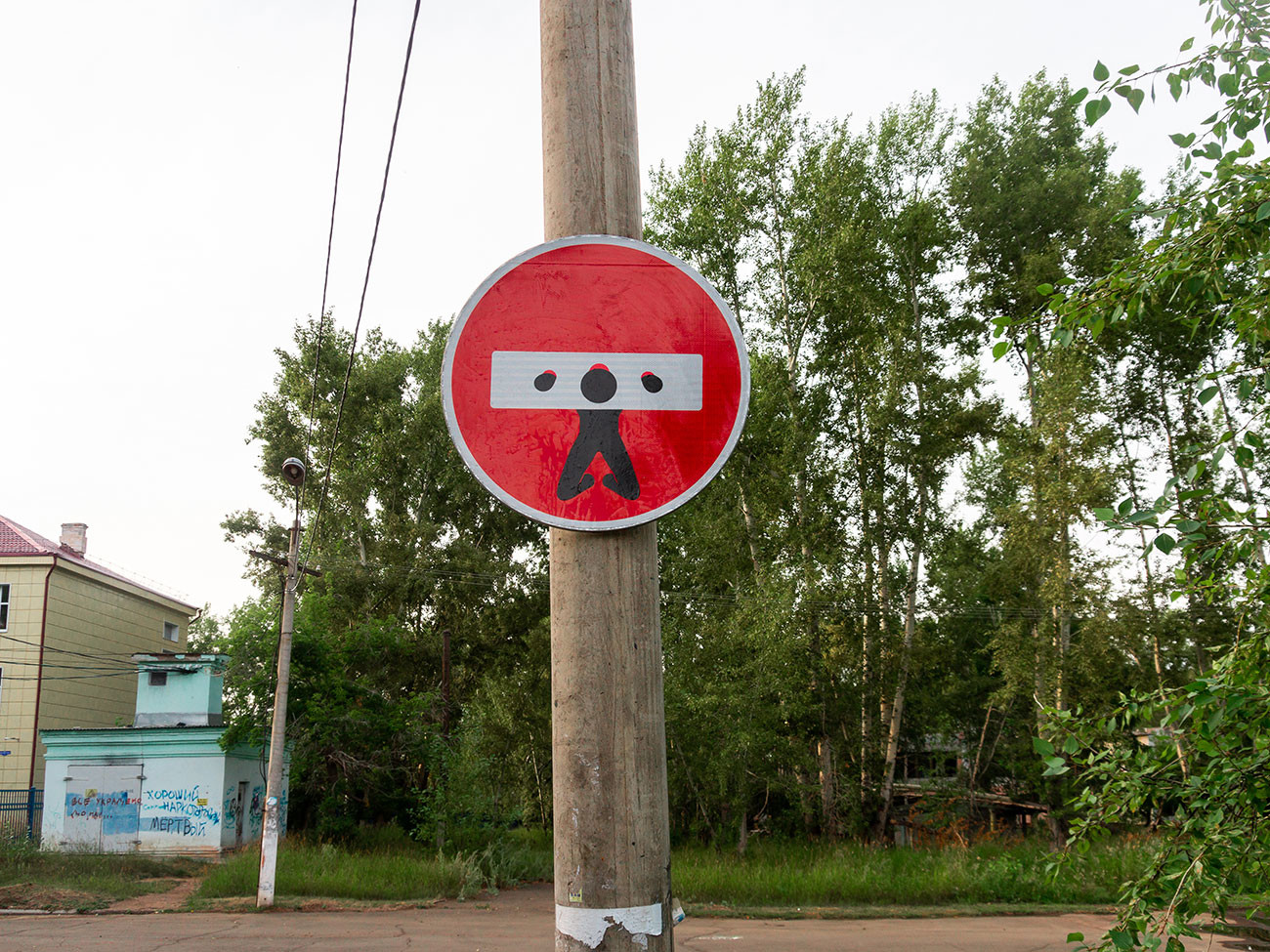 “Perhaps there’s something about Bratsk that attracts them. If we talk about big cities, for example, Moscow, it’s been licked clean, especially the central thoroughfares. But in Bratsk there are lots of strange, incoherent places and things. I’m talking to you now from the office [Sharov works two jobs: as a marketer at a fuel company and as a radio presenter], looking out the window at an abandoned street light, all rusted, the glass globe has fallen off. Something artistic could definitely be done with it.” 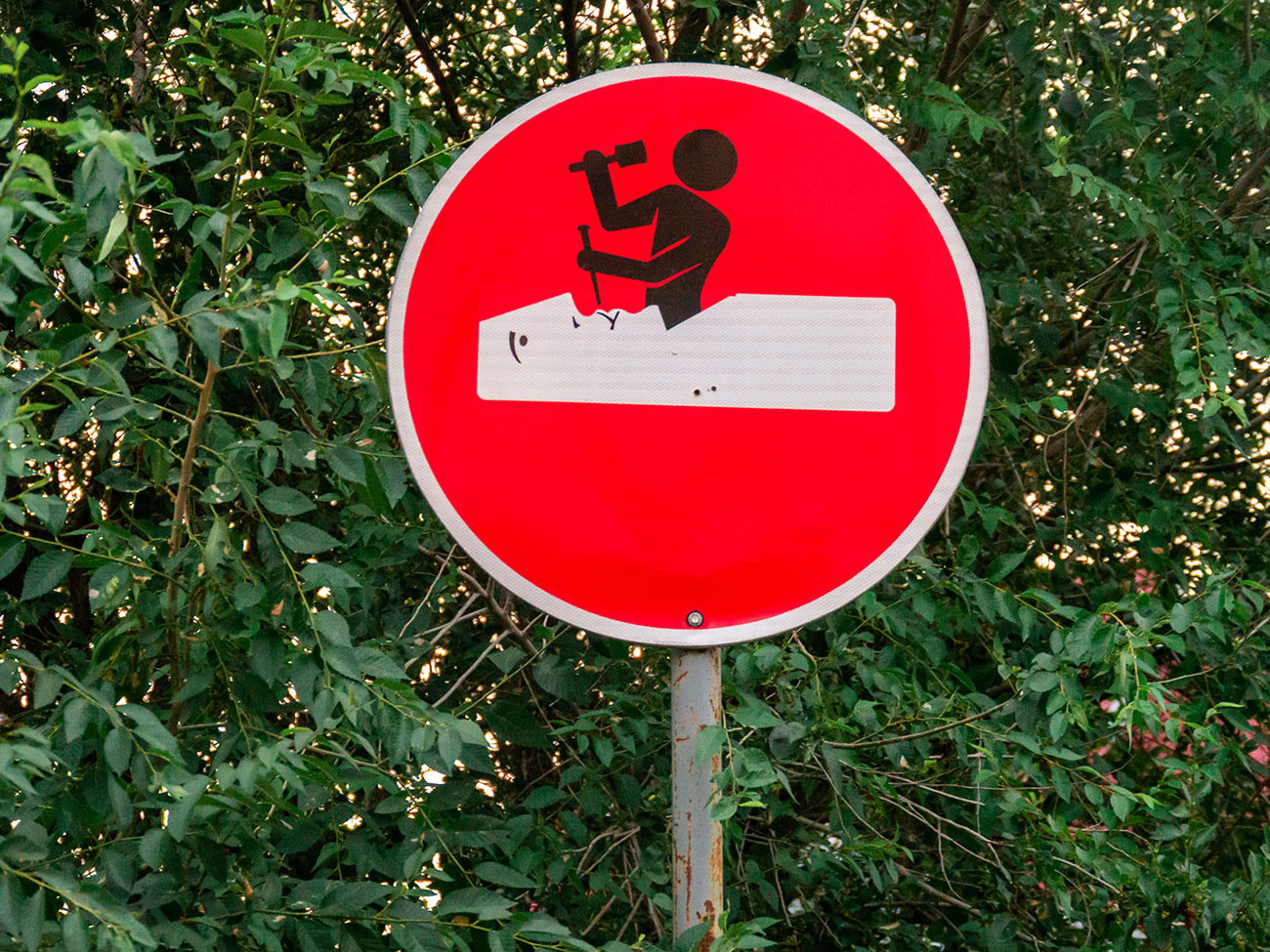 Hate and the local reaction

For a long time, Sharov believed that the local attitude to the festival was unequivocally positive. But then he was sent some links to local publics on social networks. It turned out that many describe his works as vandalism. Someone even promised to report him to the police. 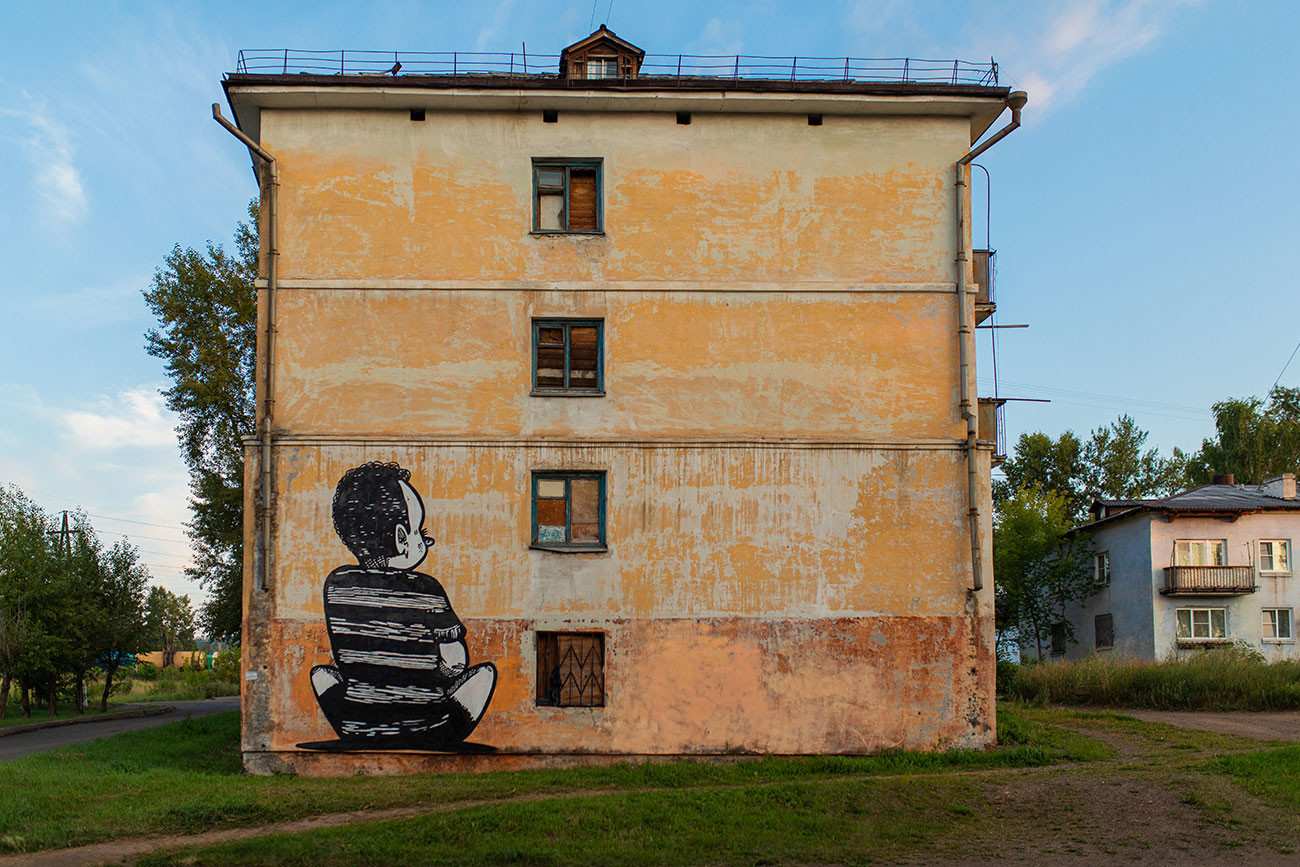 “I once did a job that referred to The Last Supper. It was at a bus stop. One woman wrote in the comments that she’d read somewhere that if you get photographed against the backdrop of The Last Supper, you’ll soon die. So she’ll never ride from that stop again,” Sharov recalls. 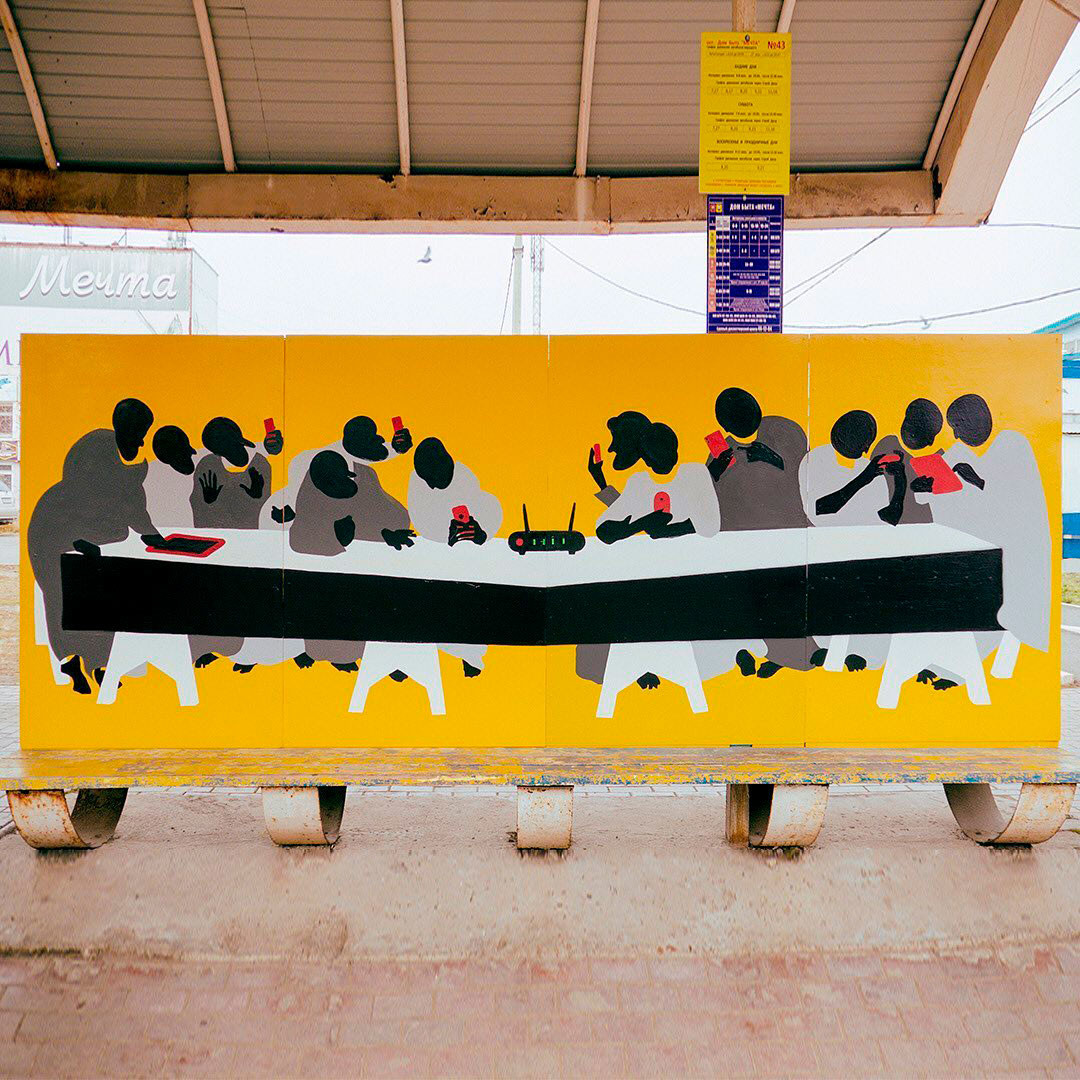 Sharov himself is relaxed about the hate. He always knew not everyone would get this type of art, and that some of the works would not survive a year (the house painted with a deer, for example, was demolished for firewood or construction materials). So far, however, those who approach him in the street do so only to express gratitude. This summer, Sharov was nominated for the Innovation Prize, one of the main Russian awards for contemporary art, organized by the Pushkin Museum. 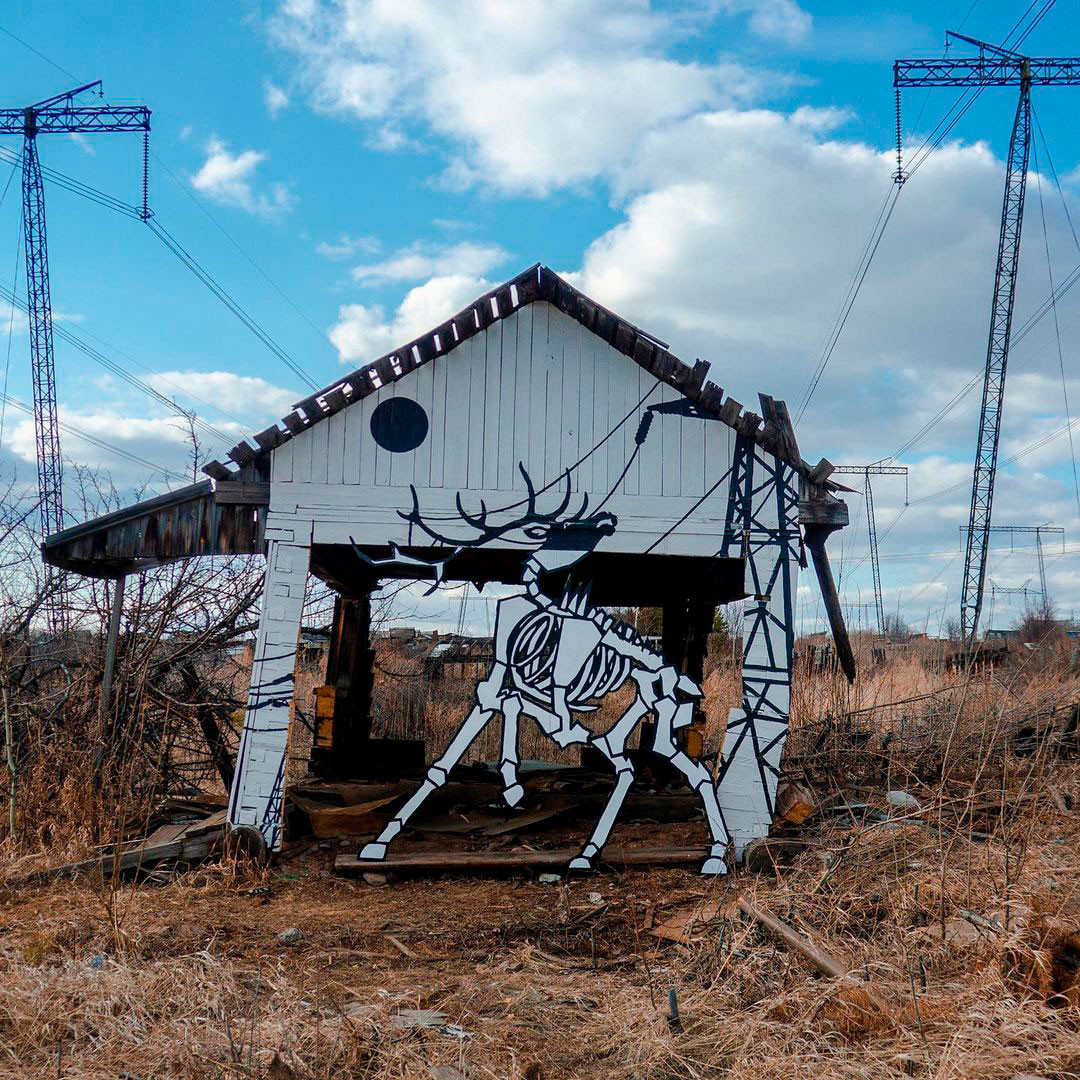 “Only at this festival, for some reason, many works began to disappear the moment I unveiled them. Sometimes they even get destroyed before being presented. I did two works one evening, and came back the following morning to photograph them. Both had been ruined, trampled into the ground. It’s pretty weird.” 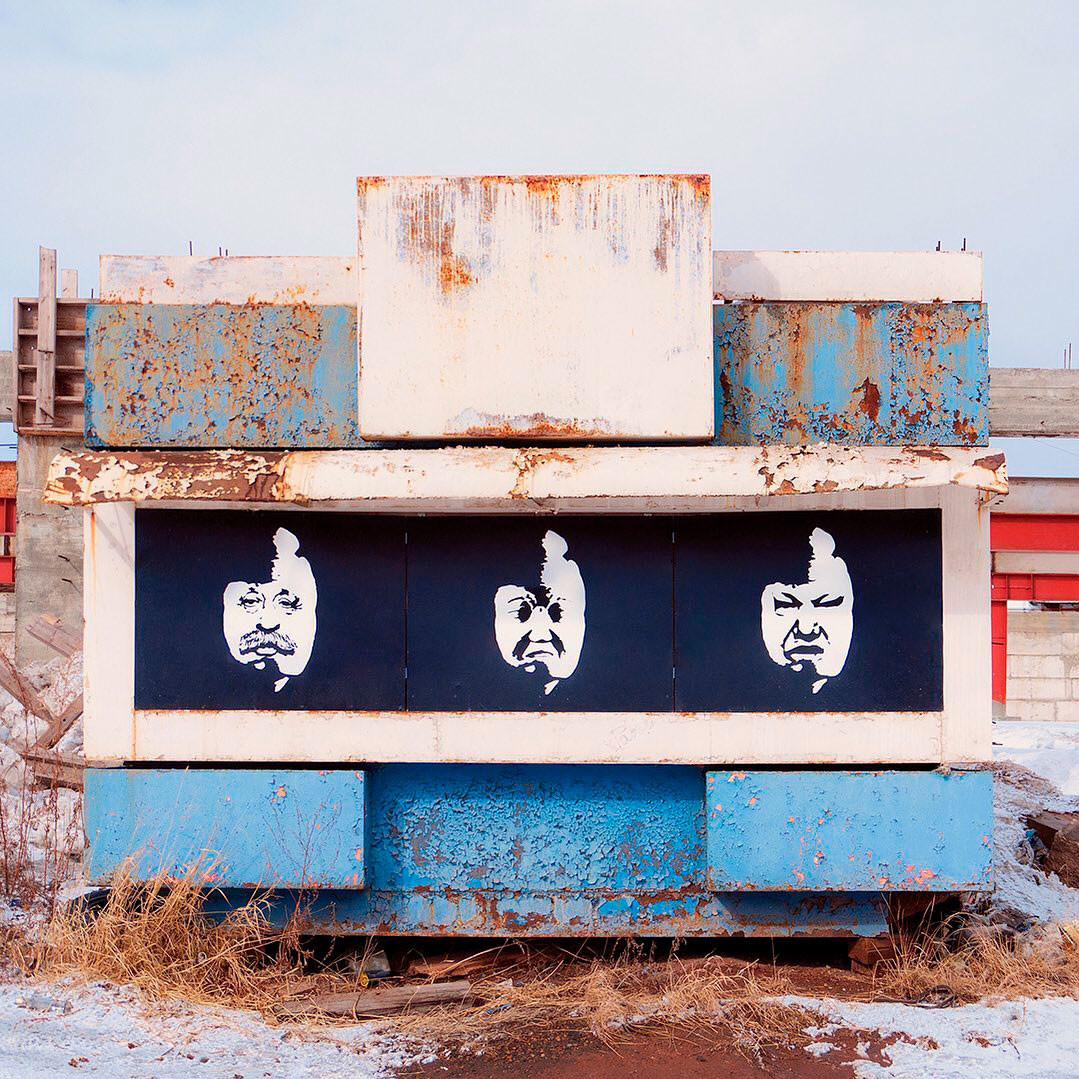 This refers to the 'rocket' by Michael Pederson from Australia and the plywood heart by French artist OAKOAK. And here’s an installation by the artist Vsyo ponyatno (Everything is clear) from Yekaterinburg over a pit in the road. The city administration’s reaction was to get rid of the installation. But the pit was not repaired.