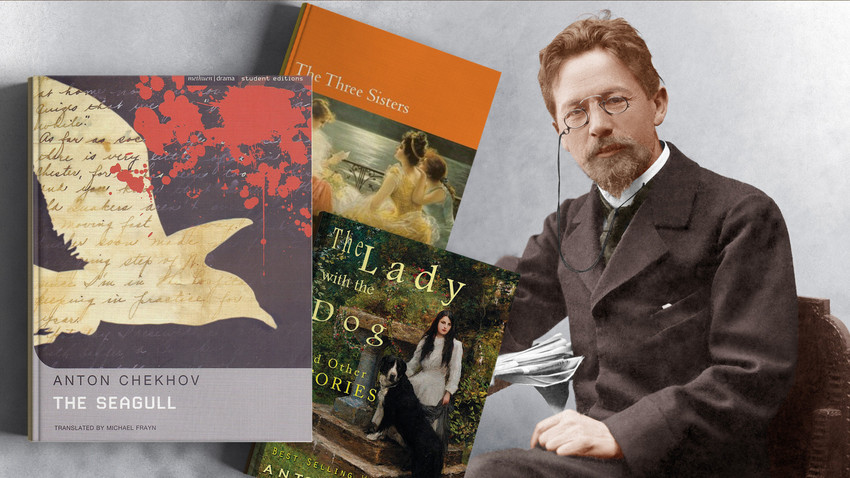 International Alliance Pro-Publishing, CreateSpace, Bloomsbury, Ullstein bild/Getty Images
Anton Chekhov’s name is synonymous with ambivalence, mood and nuance. One of the greatest playwrights in history focused on “what lies beneath”, rather than what’s on the surface. In Chekhov’s writings, the devil is always in the details.

Chekhov is probably the most unorthodox figure in Russian literature. A great explorer of the human heart, he felt human tragedy the same way birds and snakes sense a coming earthquake. And yet, his short stories and plays are not packed with intense action, but mystery and suspense, falling into the realm of striking realism. “If, in the first act, you have hung a pistol on the wall, then in the following one it should be fired. Otherwise, don’t put it there,” he famously stated. 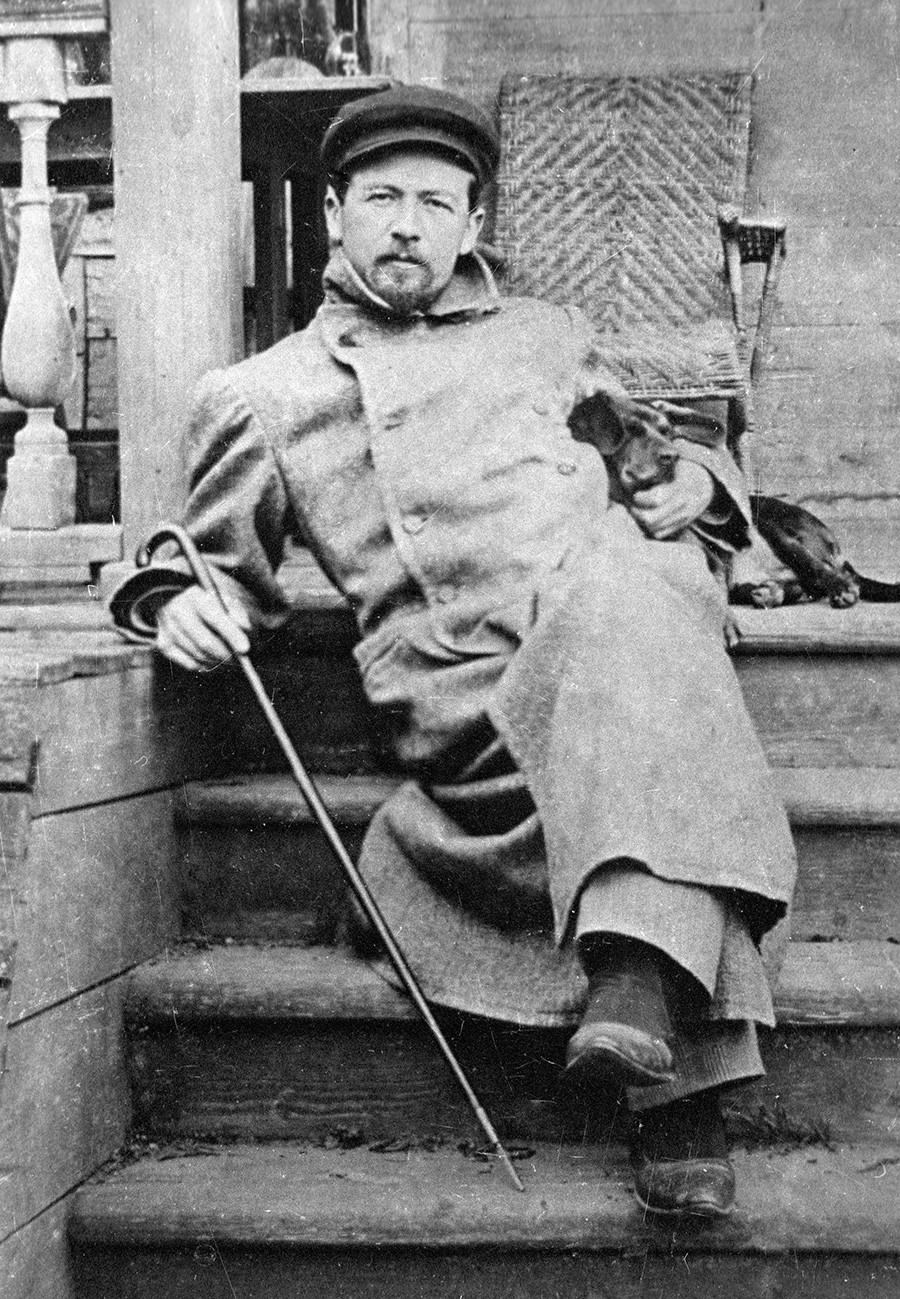 Paradoxically, Chekhov perceived many of his plays as comedies, ‘The Seagull’ and ‘The Cherry Orchard’ among them. He had an eye for comic detail and the vulnerability of life. Chekhov’s signature humor is existential in its nature. The writer put pen to paper to describe everything inexplicable, ridiculous, tragic and paradoxical. “My advice: try to be original and as clever as possible in your play, but don’t be afraid of appearing stupid. Freethinking is a must, but to be a freethinker one must not be afraid to write nonsense,” Chekhov wrote in 1889.

Many literary critics and theater directors consider Chekhov to be the second-best dramatist in the history of world theater, with only William Shakespeare ahead of him.

Funnily enough, when Chekhov visited Leo Tolstoy in Crimea and bent down to hug him, the author of ‘War and Peace’ said: “And still, I hate your plays. Shakespeare wrote badly and you are even worse!”

The man behind ‘Uncle Vanya’ wasn’t offended by the remark, for it was, in fact, the greatest compliment. Tolstoy, who was generally chary of praise, compared Chekhov to Alexander Pushkin, the great poet, and Frederic Chopin, the great composer. It’s true that, in many ways, Chekhov’s writings are akin to symphonies – while written in C minor, they move through darkness towards the light.

Lyubov Ranevskaya is kind and generous, but also absent-minded and impractical. The head of the high-society family doesn’t know the value of money and is flat broke. 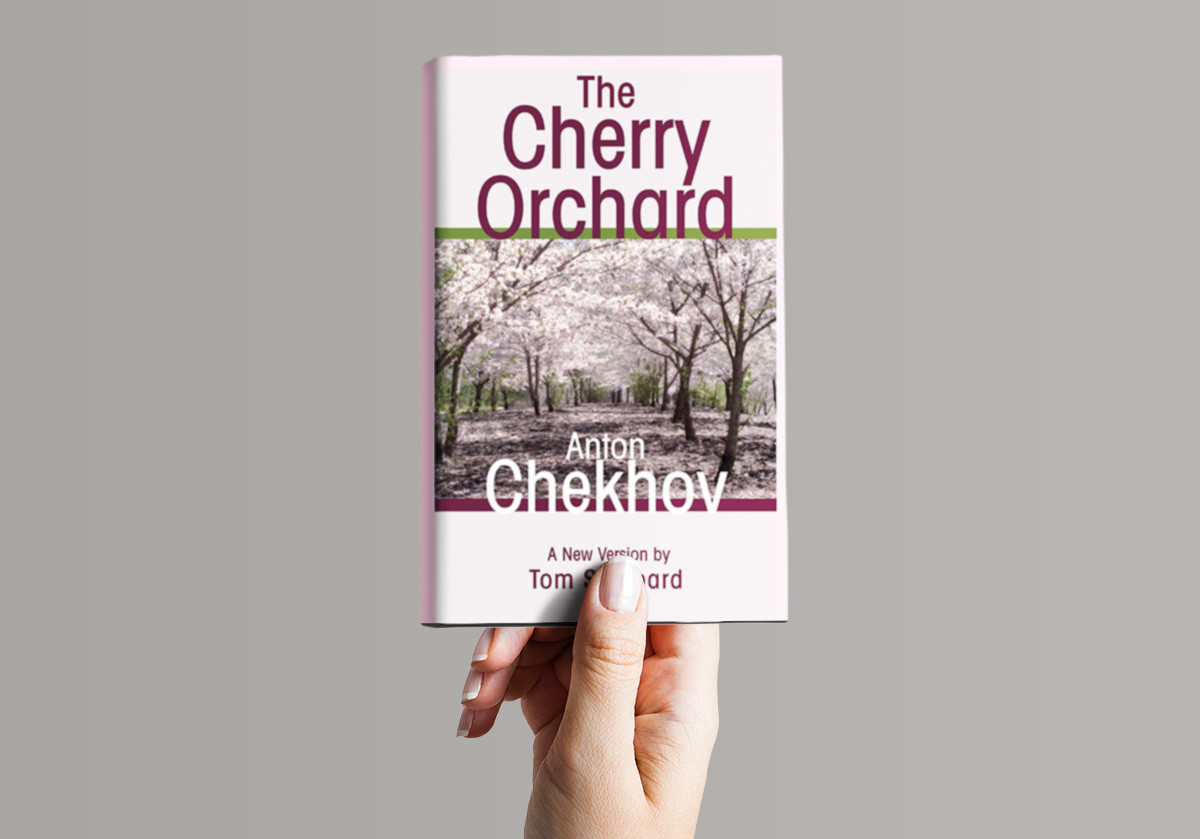 Having spent five years in France, Ranevskaya returns to Russia where she is about to lose her family estate, along with her favorite cherry orchard, a symbol of youth and hope. And there you have it, a rich merchant named Yemelyan Lopakhin, whose parents had once been serfs to Ranevskaya’s parents, becomes the new owner of the beautiful estate. The transition marks the beginning of the new era.

By far and large, Chekhov wrote his last play in 1903 as an epilogue to his own life and maybe to Russian literature, as well. All the characters in this drama (which Chekhov labelled as a comedy) are the archetypes of Russian life, with ‘The Cherry Orchard’ serving a metaphor for Russia’s fate and future.

And yet, Chekhov’s allusions triggered some criticism. Nobel laureate Ivan Bunin openly lambasted the play, wondering: “Where in Russia has Chekhov seen huge cherry orchards? There have been apples, but I don’t remember any cherry trees.”

With all respect to Bunin, it doesn’t really matter whether there are any large cherry orchards in Russia or not. In Chekhov’s play, a cherry tree stands for ephemerality, irrationality and frailty of life. Chekhov’s plays shun conventionality, ‘The Cherry Orchard’ even more so.

Olga is 28, Masha is 25 and Irina is only 20. One is permanently tired, the other is trying to sort herself out and the third is self-obsessed to the point where she is worried about getting old, moving further and further away from the “real and wonderful life” that exists somewhere else. Born into a wealthy aristocratic family in Moscow, the Prozorov sisters are disgusted by life in a small provincial town where they moved 11 years ago. “To Moscow, to Moscow, to Moscow!” This phrase is being repeated with torment like a mantra by the sisters, suffocating in the unconquerable routine of the shallow provincial life. The three sisters constantly think about going back to Moscow, but their dream is doomed. 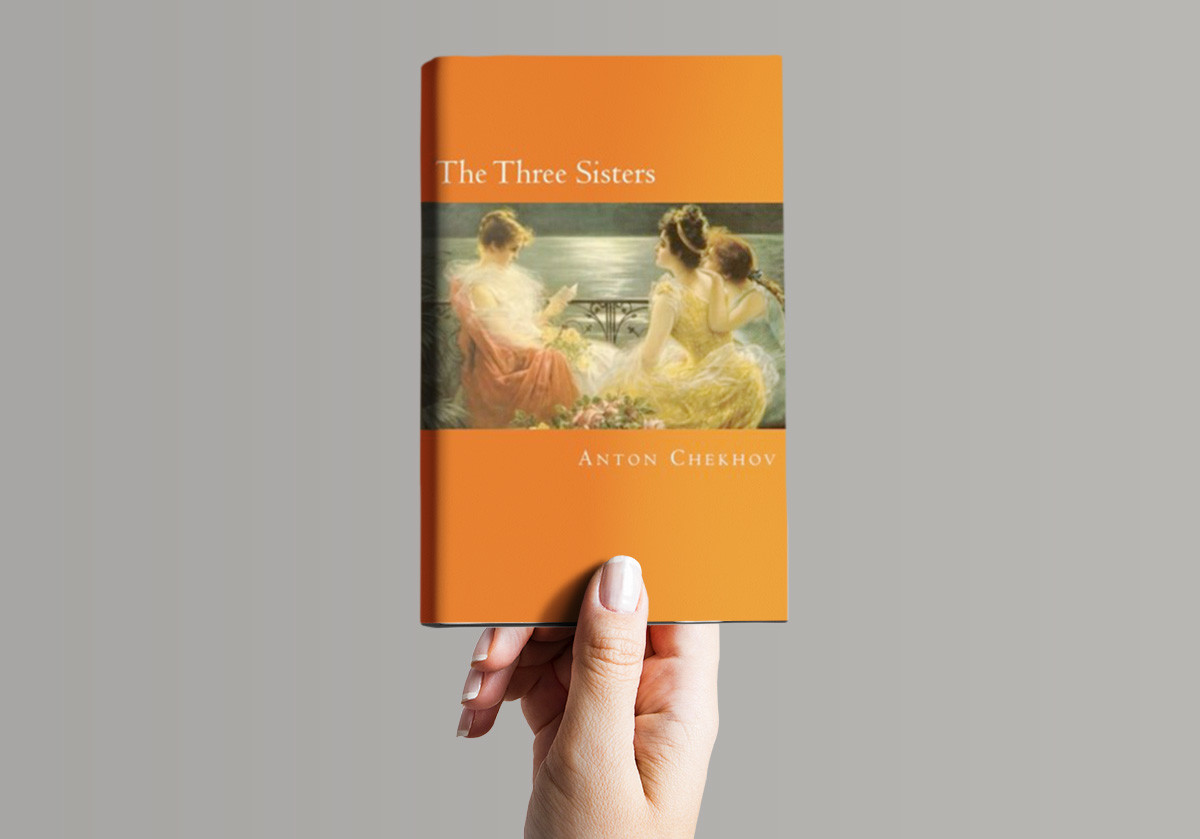 A search for the meaning of life runs through Chekhov’s play that focuses on seemingly unremarkable people, stuck in the backward rotation of everyday life. Meyerhold called them a “group of persons” united by a common destiny and mood. The spiritual quests of Chekhov’s heroes acquire an extremely intense, and truly dramatic character in ‘Three Sisters’.

Actress Irina Arkadina, her son Konstantin Treplev, famous writer Boris Trigorin and Nina Zarechnaya, who dreams of being a stage star, are involved in a turbid tangle of relationships filled with drama and unrequited love. Trigorin, Arkadina’s longtime lover, leaves her to be with Nina, but eventually goes back to his “former affections”. Nina, in turn, prefers Trigorin to Treplev and, even after he abandons her, continues to love him. The denouement causes Treplev’s suicide. Each character suffers from an unanswered love and yet fails to spare the feelings of those who love them. Chekhov said that there is “a lot of talk about literature, little action and five pounds of love” in ‘The Seagull’. 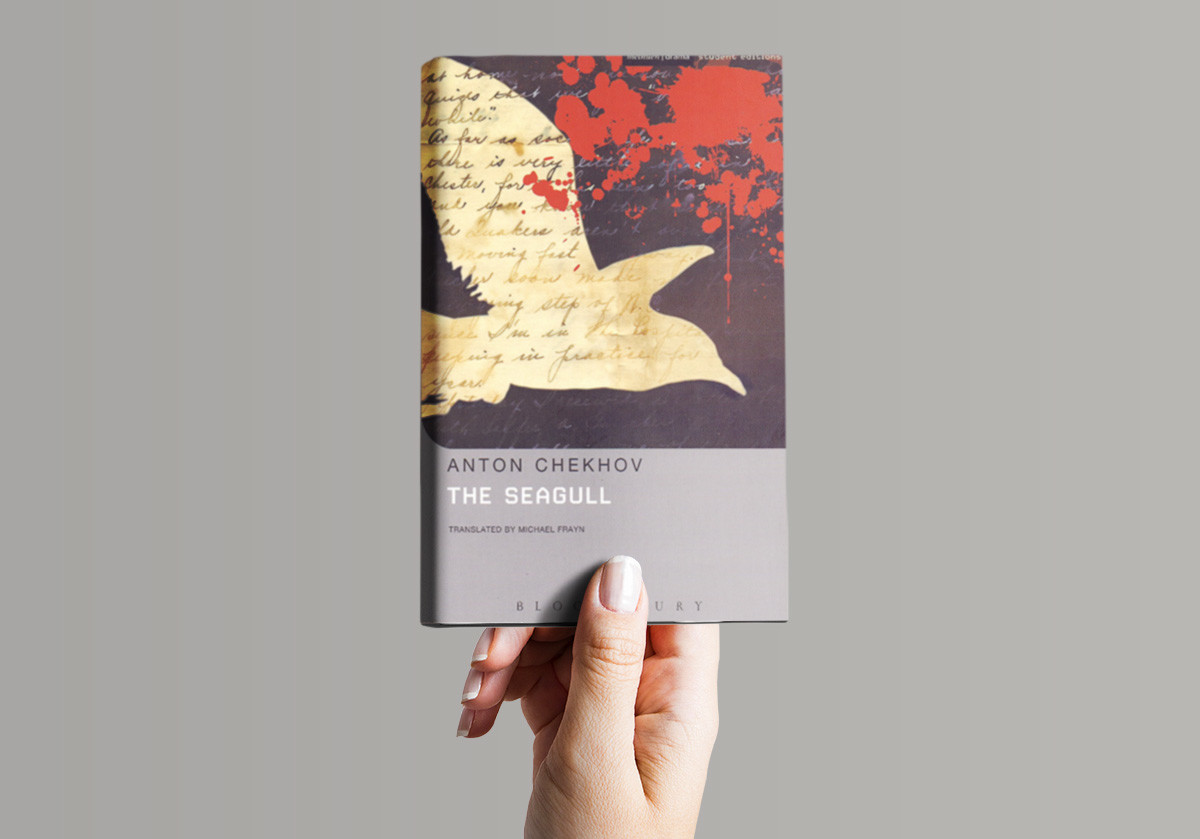 Chekhov created his outwardly realistic play in a very unusual way for the 19th century, with complete disregard for the “laws of drama”. ‘The Seagull’ marked a turning point not only in Chekhov’s work, but also in world dramaturgy. In this play, insignificant details, daily trivialities and little trifles take centerstage, acting as independent, equally important elements of the drama. What happens to the heroes often takes place behind the scenes, between the acts, en passant. The relationships between the characters are confusing and overwhelming, undergoing constant change.

Dmitry Gurov, a forty-something womanizer, seduces Anna Sergeevna, a young provincial on a seaside vacation in Yalta, Crimea. Summer is over and the two lovers part for good, as the rules of the game dictate. Gurov returns to Moscow where he has a wife and three children. But for some reason, this time around, he can’t forget the extramarital affair and blot out the memory of what happened. 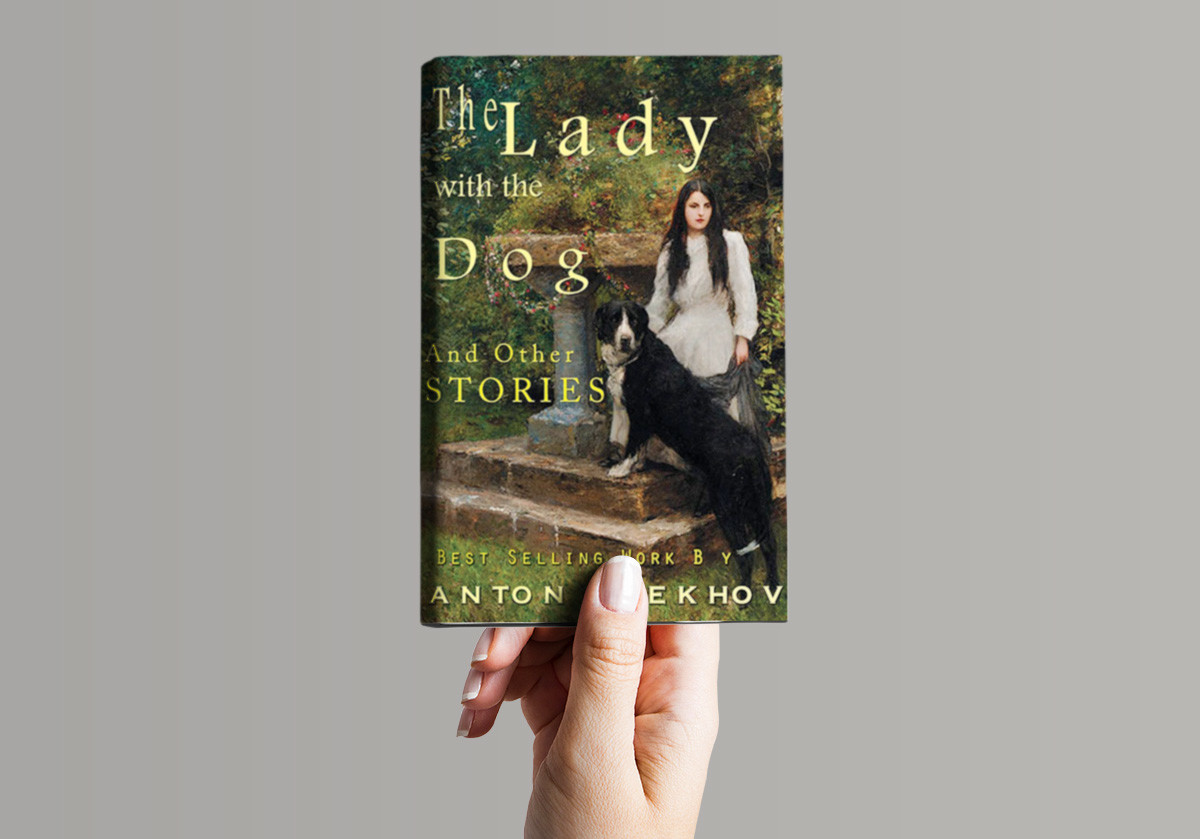 ‘The Lady with the Dog’ is Chekhov’s most lyrical story in which he shows how a simple love affair between two people can turn into something bigger.

It’s believed that the writer’s acquaintance with the Moscow Art Theater actress Olga Knipper prompted Chekhov to write the story. Chekhov moved to Yalta (a resort city on the south coast of Crimea) to improve his health, while Olga Knipper was busy rehearsing in Moscow. Yalta is where they began to fall in love with each other and made the long-distance relationship work. It’s this feeling of separation that formed the basis of ‘The Lady with the Dog’ whose characters are also forced to live apart.

Vladimir Nabokov believed that Chekhov violated “all the traditional rules of storytelling” in ‘The Lady with the Dog’, but the love story proved to be “one of the greatest in world literature”.

Ivan Gromov is a former bailiff, who suffers from a persecution mania and is confined in an old mental asylum somewhere in Russia. There are four other people with him in Ward No. 6,  emotionally abandoned, neglected and abused. 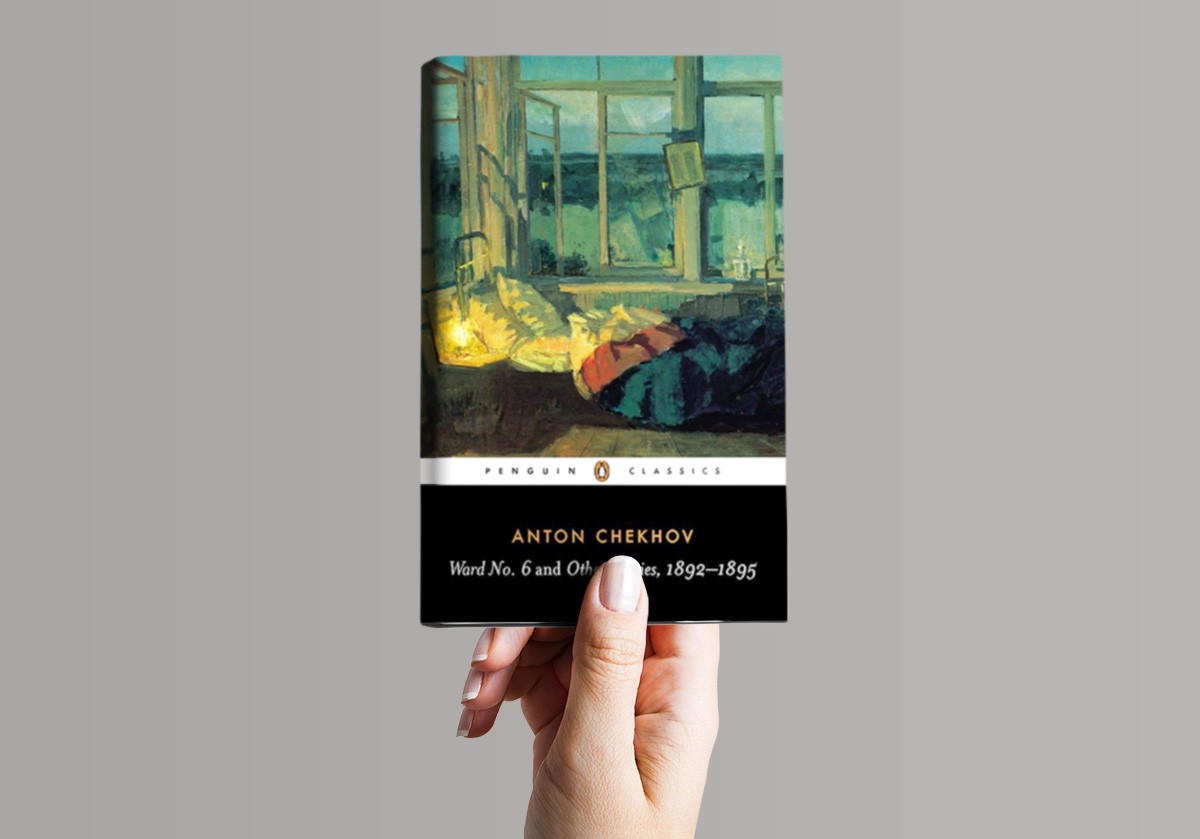 Andrei Ragin has been running the shabby hospital for twenty years. Once a talented doctor, he eventually became disillusioned with his work and nearly stopped visiting the hospital in a town that is home to small-minded people. One day Ragin goes to see Ward No. 6 and makes friends with Gromov, whom he finds an impossibly interesting man to talk to. Rogov now checks on Gromov every day and soon rumors spread throughout the hospital that the doctor himself has allegedly gone mad.

‘Ward No. 6’ is one of the most poignant stories in Russian literature, in which Chekhov (a qualified physician, who combined writing stories with seeing patients) tackles insanity, loneliness, suffering, despair and injustice; in other words, all the fatal diseases of (any) society.

Written in 1892, ‘Ward No. 6’ is an allegorical and purely symbolist work that cemented Chekhov’s status as a master of short stories.