10 ICONIC female characters in Russian literature you need to know 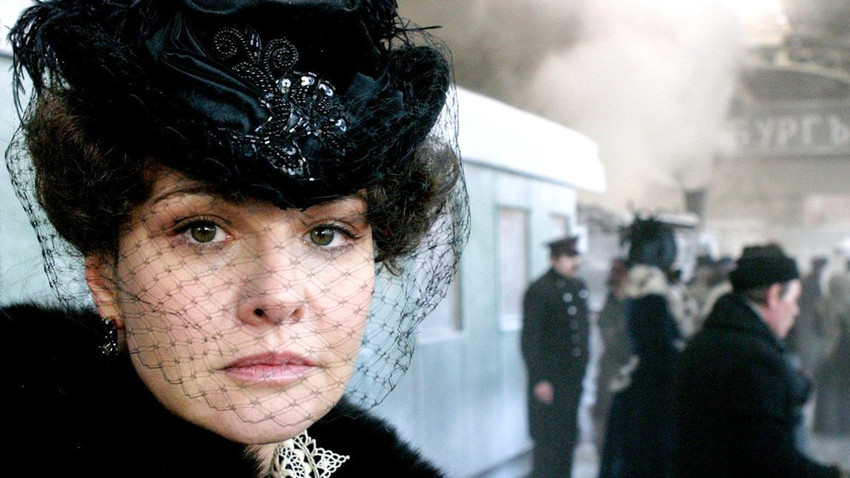 Sergei Soloviev/Solivs, 2008
These unconventional heroines stand out from the crowd, inspiring millions of readers with their sexuality, ingenuity and determination.

‘Poor Liza’ made a revolution in classic Russian literature when it saw the light of day in the early 1790s. 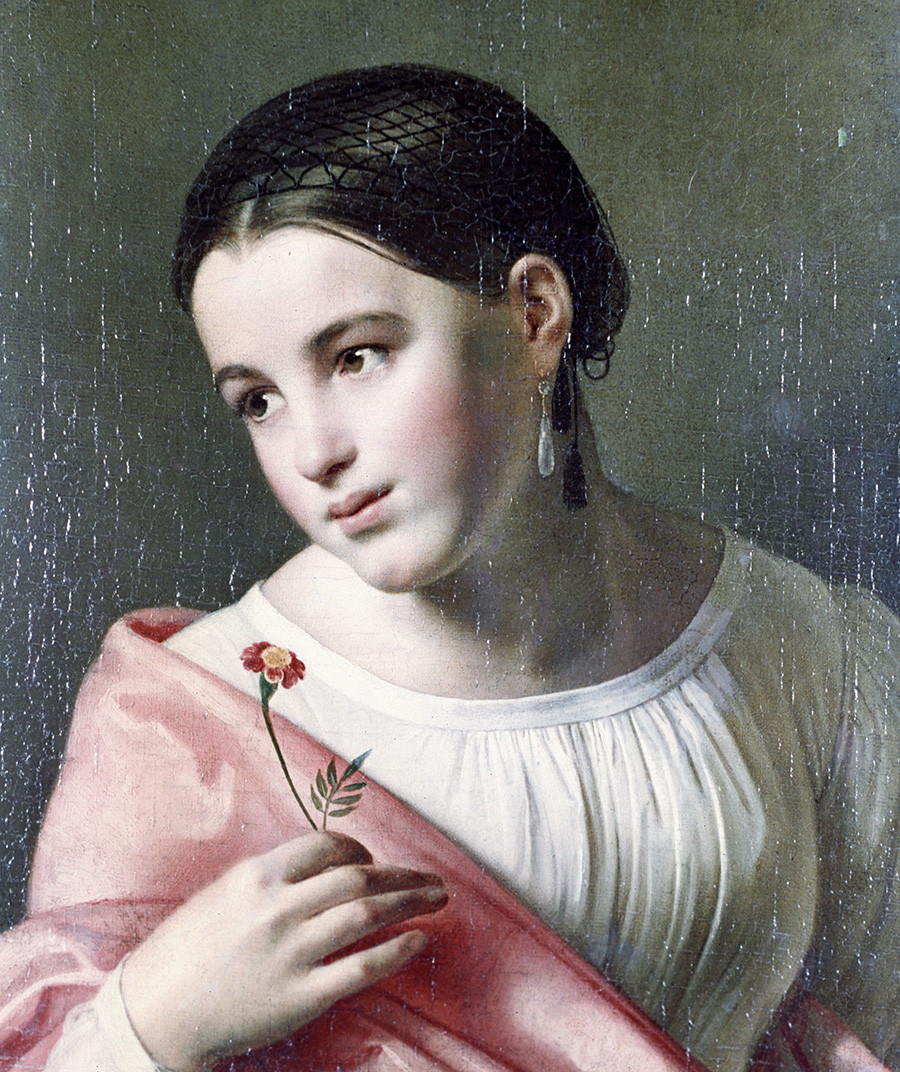 Nikolai Karamzin broke new ground when he elevated a young girl’s journey of “moral decay” into a heartbreaking love story. The writer exposed a powerful weapon in his arsenal – tragedy – and spiced up his ‘Poor Liza’ with a devastatingly sad ending. Karamzin’s title character has become synonymous with unrequited love, deep sorrow and social injustice.

A wealthy nobleman falls in love with a 17-year-old peasant girl and seduces her. This marks the beginning of an end of their doomed misalliance. Tender and timid, Liza blindly trusts Erast, but the young lady-killer soon betrays her. He gambles away his estate and marries an old rich widow to rescue the situation. In contrast, Lisa, who is unable to survive the loss of her lover, walks into the pond and drowns herself. “... Remember your poor Liza, who loves you more than herself!”

Tatyana Larina of Alexander Pushkin’s ‘Eugene Onegin’ is definitely one of the most captivating female characters in Russian literature. 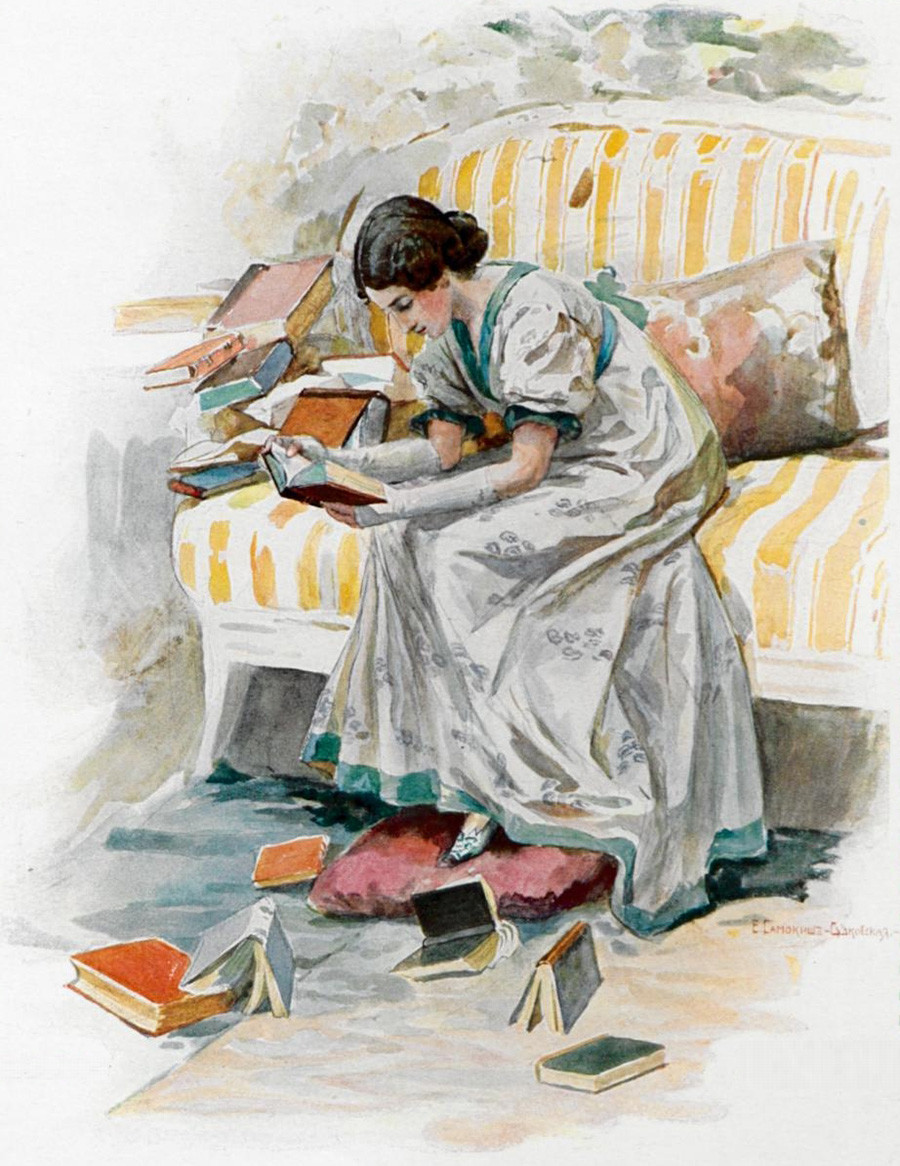 Tatyana is an open-hearted provincial young girl full of high expectations and willing to sacrifice herself. She falls in love with the self-centered Onegin. As is often the case, it’s a one-way street.

I write to you… when that is said

What more is left for me to say?

Now you are free (I know too well)

To heap contempt upon my head.

Onegin rejects her love, under the pretext that he doesn’t want to have a family. Life goes on and Tatyana marries another man. That’s when Eugene falls in love with her. It’s too late, though. Tatyana is no longer blindly in love with him and prefers to stay faithful to her husband and moral principles. By the end of the novel, she transforms from a naïve provincial dreamer into a full-fledged lady, the embodiment of grace, intelligence and aristocratic dignity.

3. Lyubov Ranevskaya from ‘The Cherry Orchard’

‘The Cherry Orchard’s Ranevskaya is the head of the high-society family on the brink of bankruptcy. 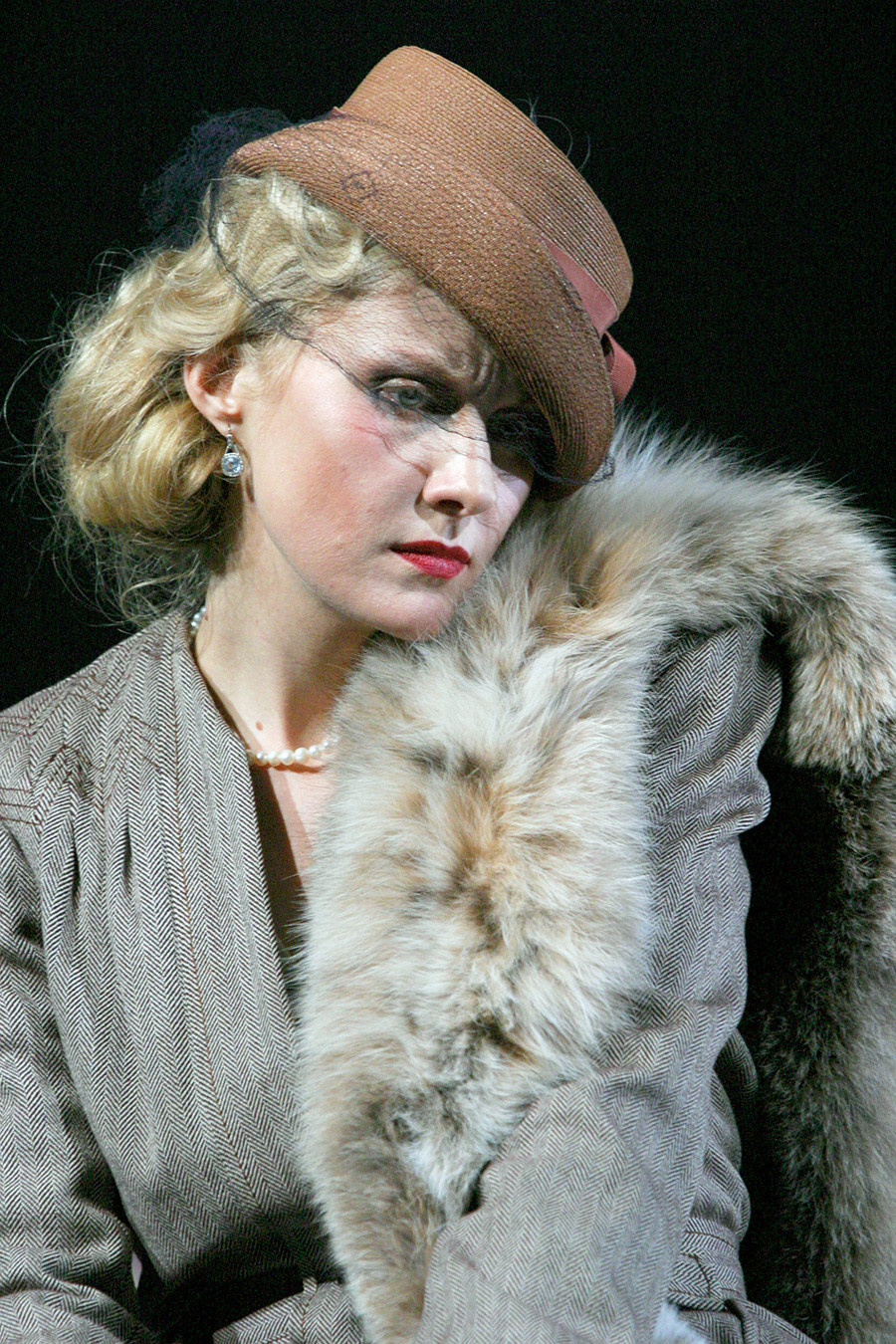 Renata Litvinova as Lyubov Ranevskaya in 'The Cherry Orchard' staged at the Moscow Art Theater.

Flat broke, Lyubov Andreevna is ruined by her prodigality. She is about to lose her estate and, most importantly, her favorite cherry orchard. Ranevskaya’s head-in-the-sand policy with respect to her lose-lose situation is worrisome. She continues to splash out, although she literally can’t afford it. “Oh, my sins… I have always spent money like water…” Madame Ranevskaya is ready to share her last penny with those in need. And that’s what she really is, a big spender with a huge heart. She is the epitome of procrastination, levity and naivety. The (typically Russian) woman lives in her distant rosy past and hopes that things will somehow resolve themselves. And, even though Chekhov described ‘The Cherry Orchard’ as a comedy, alas, this time around they won’t.

Matryona and her tragic fate speaks volumes about the brutality of Soviet life. She is an ordinary elderly village woman whose heart wrenching story, penned by Alexander Solzhenitsyn, is worth hearing. 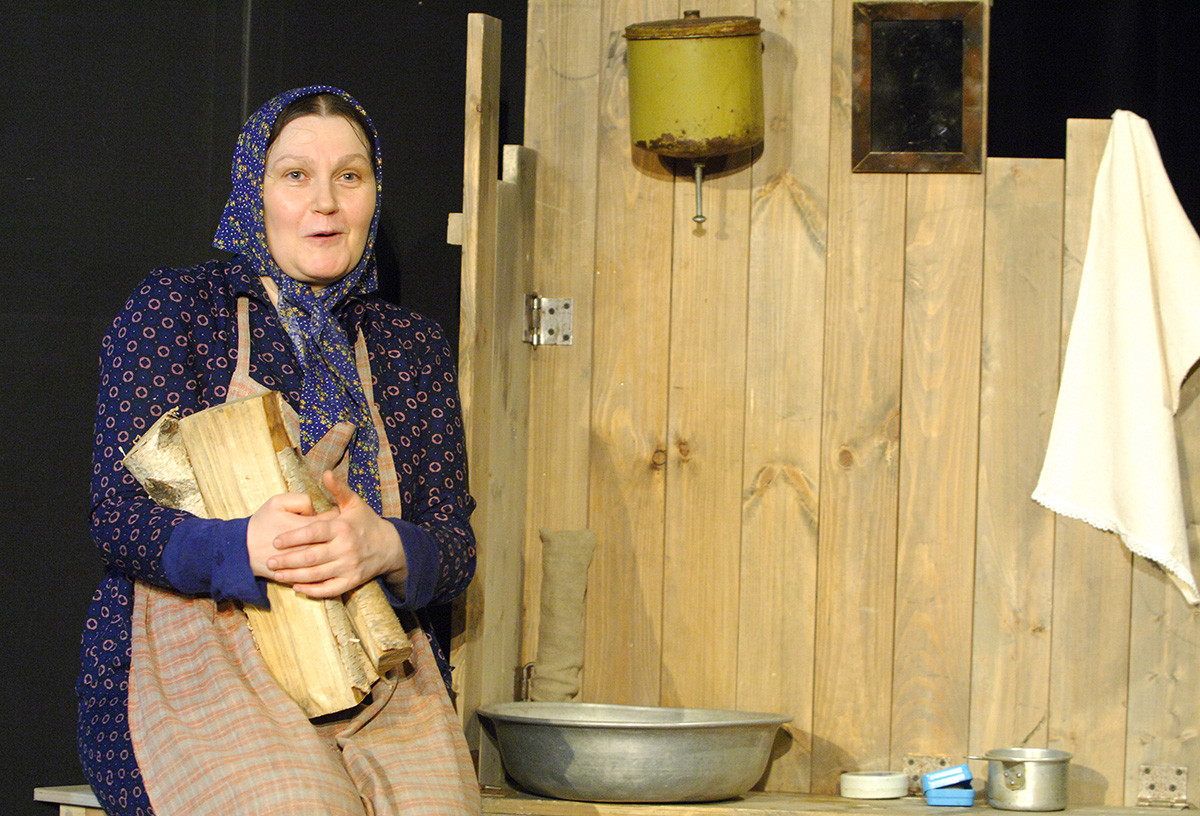 Matryona and her husband once had six children, all of whom died at an early age. Her husband dumped her. Matryona is in poor health, penniless and self-denying. It’s work, work, work all the time. But she is not shattered. Regardless of the constant suffering, Matryona has retained her undying faith. This is such a genuinely Russian, Dostoevskian idea of a surviving human soul. “We all lived next to her and didn’t understand that she is that very righteous person without whom, according to a proverb, the village doesn’t exist. Neither the city. Not our entire land…”

5. Maria Bolkonsky of ‘War and Peace’

Princess Marya Bolkonsky of ‘War and Peace’ stands out from the pack. Marya was a “meek and timid” girl, but she immediately seemed like an “old friend” to everyone. 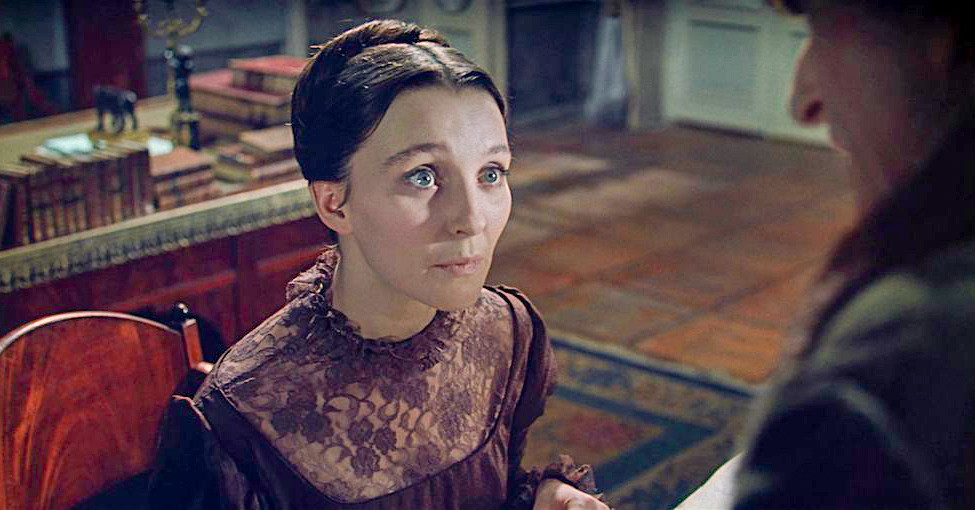 Marya suffers a lot of grievances from her stern father, Prince Nikolai Bolkonsky, who is hard to get on with. And yet, Princess Marya loves and respects her grumpy elderly father: “…All the outbursts of his unreasonable anger mostly fell on Princess Marya. He seemed to diligently seek out all her most sore spots in order to torture her morally as cruelly as possible.”

Though Marya is not beautiful, she finds her way into other people’s hearts. Her emotional sincerity and genuine ability to show mercy is a strong combination. Modest and honest, she doesn’t judge a book by its cover. “A beautiful heart is the quality that I value most in people,” Princess Marya Bolkonsky says.

Lara Antipova from Boris Pasternak’s ‘Doctor Zhivago’ is so adorable, feminine and caring that her charisma comes out strongly from the first page. 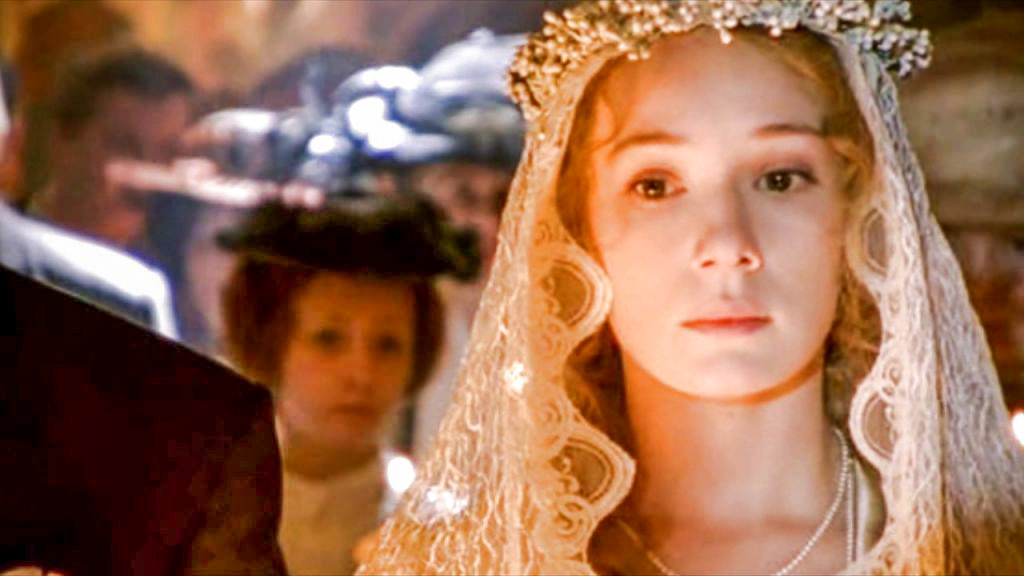 “…This frail, thin girl is charged, like electricity, to the limit, with all conceivable femininity in the world. If you come close to her or touch her with one finger, a spark will illuminate the room and will either kill you on the spot, or electrify you for life with her magnetically inductive, whining proclivity and sadness.”

A woman of strong character and a true survivor, Lara wouldn’t let rocky situations get her down. Benevolent and beautiful she doesn’t want to be liked, yet men find her irresistible. Doctor Yuri Zhivago, who becomes the love of her life, is no exception.

“She doesn’t want to be liked, to be beautiful and captivating. She despises this side of the female essence and sort of punishes herself for what is so good. And this proud self-hostility multiplies her irresistibility tenfold. How good is everything she does.” Lara’s ability to love knows no bounds. Despite the tragic twists and turns of her life, she doesn’t play victim, standing in dignity till the end with her “unmatched silvery laugh”.

The woman who threw herself under a train has been captivating readers across the world for nearly 150 years. Leo Tolstoy’s Karenina is a gem of 19th century Russian literature.

Anna is in her late 20s and the darling of all hearts. “Besides intelligence, grace, beauty, she had truthfulness.” 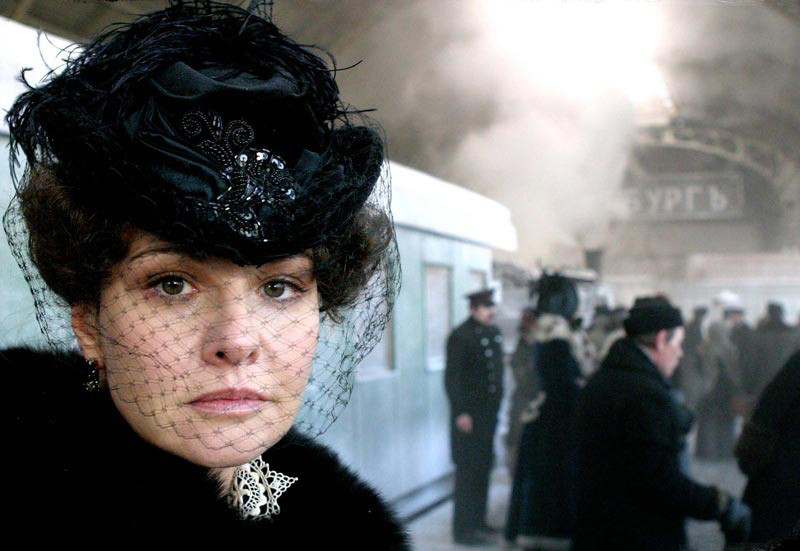 Her simplicity and sincerity are infectious. Having lived with her husband for eight years, Anna falls head over heels in love with playboy and womanizer, Count Alexei Vronsky. The two lovers meet secretly, but the whole (high society) world will soon find out about their affair. Anna, who is now the “fallen woman," hates the fact that she is cheating on her husband, who is 20 years her senior, but she just can’t help it! Passion is ruining her life as Karenina spirals deeper and deeper into despair and throws herself under an approaching train. Call her sentimental, foolish or irresponsible and you won’t be wrong. Whatever you call her, Anna Karenina is doomed to remain her own woman for years to come.

8. Margarita of ‘Master and Margarita’

Mikhail Bulgakov’s third wife, Elena, was the inspiration for the title character, Margarita.

“…She was beautiful and smart.” A woman, whose eyes emanated “some kind of incomprehensible light..." 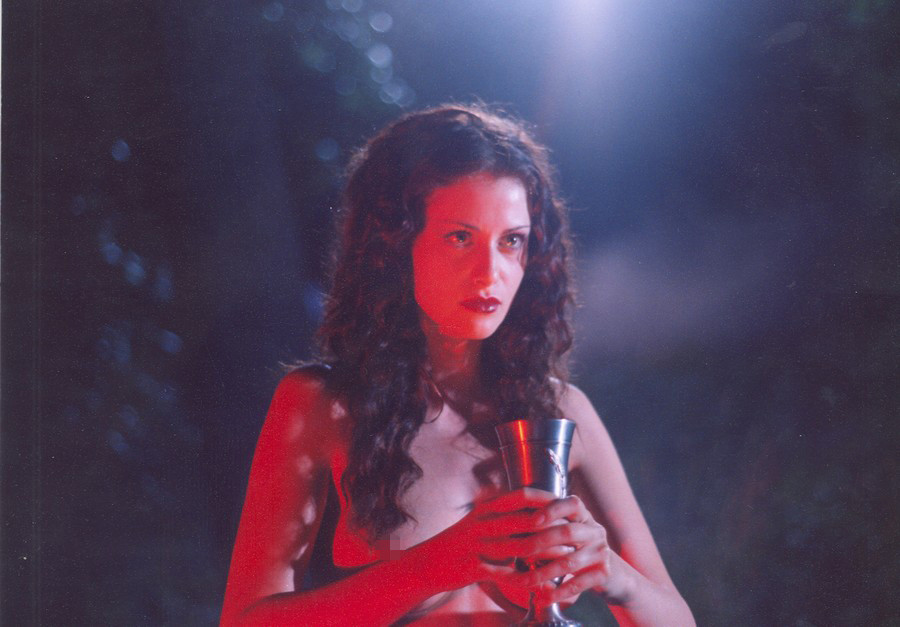 And this daredevil, flirtatious glare was totally appropriate. Bulgakov penned a novel about supernatural power, about the devil visiting Moscow in the 1930.

READ MORE: 3 KEY reasons why you should read Master and Margarita creator Bulgakov

The protagonist (the Master) who wrote a novel about Pontius Pilate, has a crush on a woman, who becomes a… witch. One of the most mind-blowing scenes in ‘The Master and Margarita’ is the Satanic Ball hosted by Margarita on a Friday at midnight. “A woman is like a tea bag – you can’t tell how strong she is until you put her in hot water,” Eleanor Roosevelt once said. Powerful and sexy, Bulgakov’s Margarita is the best proof that you can actually walk through hell and high water and stay human, even with humor.

9. Nastasya Filippovna of ‘The Idiot’

Dangerous, daring and disturbingly beautiful, Nastasya Filippovna is a femme fatale with a capital ‘F’. 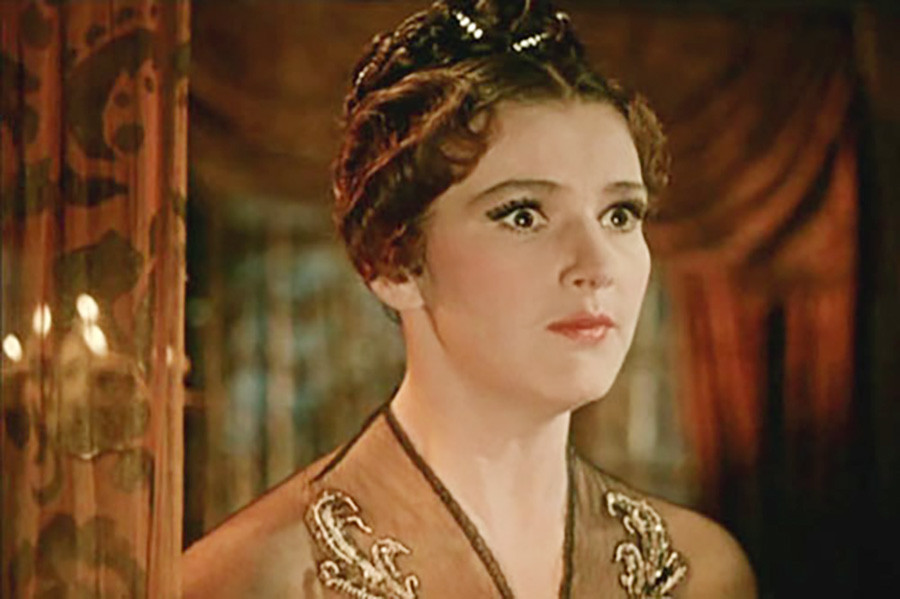 She is a closed book, which acts as a magnet for all sorts of men, from childlike Prince Myshkin to daredevil Parfyon Rogozhin.

‘The Idiot’s Nastasya Filippovna is a patchwork of the battles she has lost. She is as strong as she is vulnerable. She has suffered a lot of heartbreak, and it shows.

“…When looking, for example, at those eyes: as if one sensed in them some deep and mysterious darkness. This gaze looked - as if proposing a riddle…”

Her reputation precedes her: Vassa is the iron lady, the Russian embodiment of strength, stamina and success. 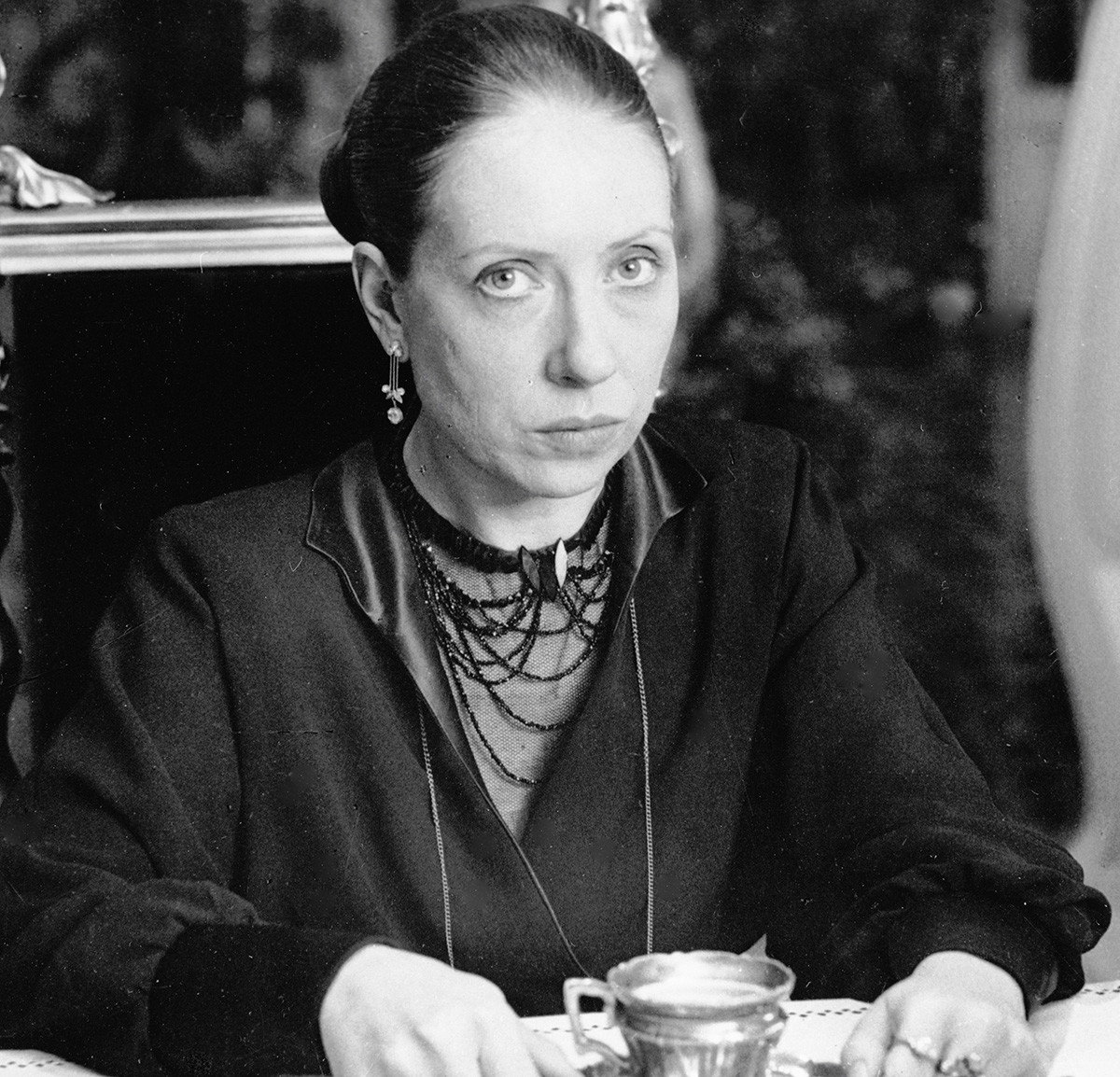 At first sight, the businesswoman has everything one can only dream of: family, wealth, and respect. But things are not quite what they seem. In reality, Vassa’s husband is a libertine, her brother is a sinner who squanders his sister’s fortune, while her children are not interested in taking over the family business. No amount of money can buy the 42-year-old cold-blooded millionairess real human happiness. “It’s not rocket science to live a sort of simple life. But an easy life soon makes you stupid,” Vassa believes.