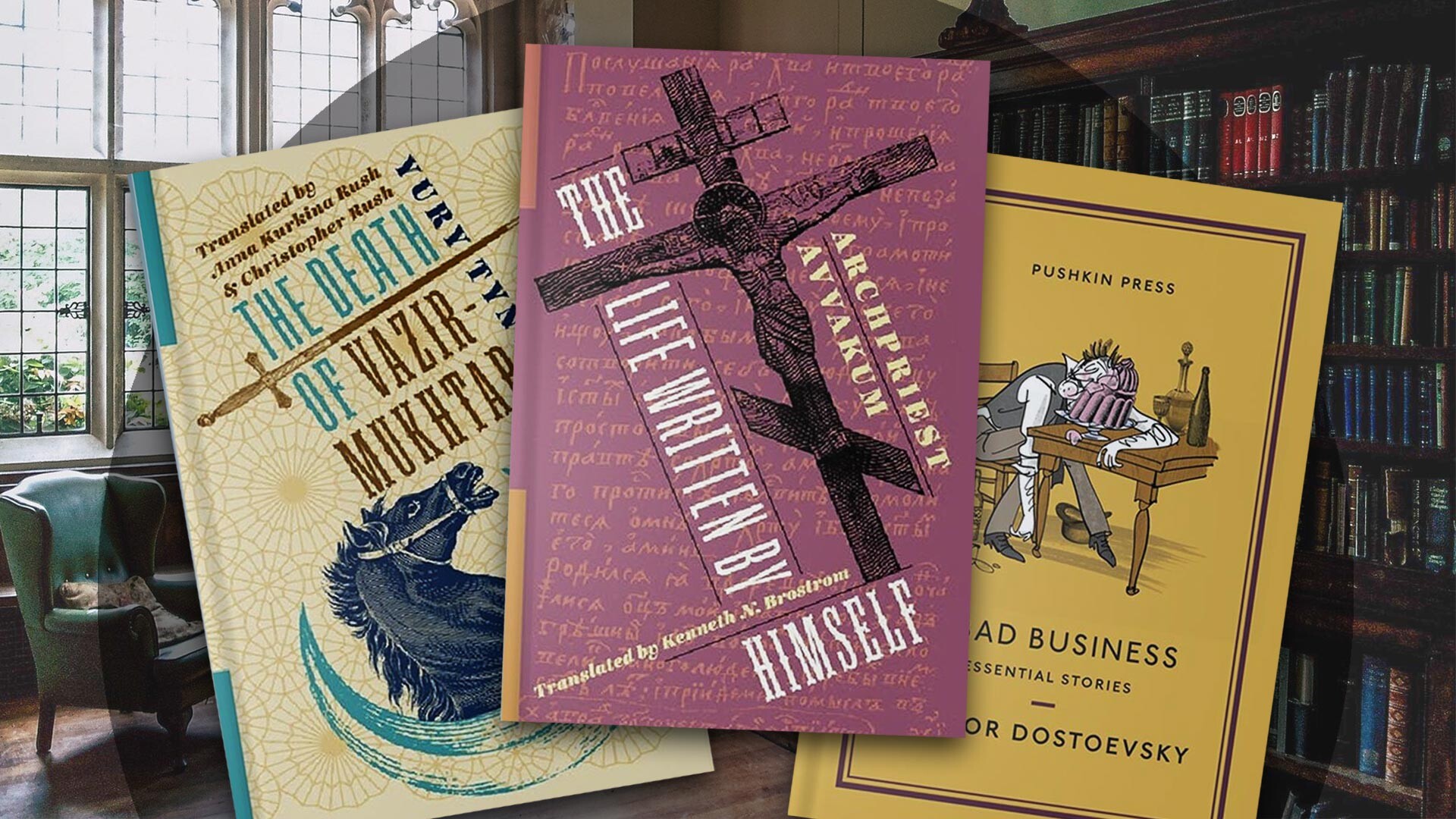 Russia Beyond (Columbia University Press, 2021; Pushkin Press, 2021; Pixabay)
From a 17th century priest’s biography and Pushkin’s prose to modern writers - these translations of both contemporary and classic books are definitely worth your time. Add them to your Christmas reading list.

1. Archpriest Avvakum. The Life Written by Himself 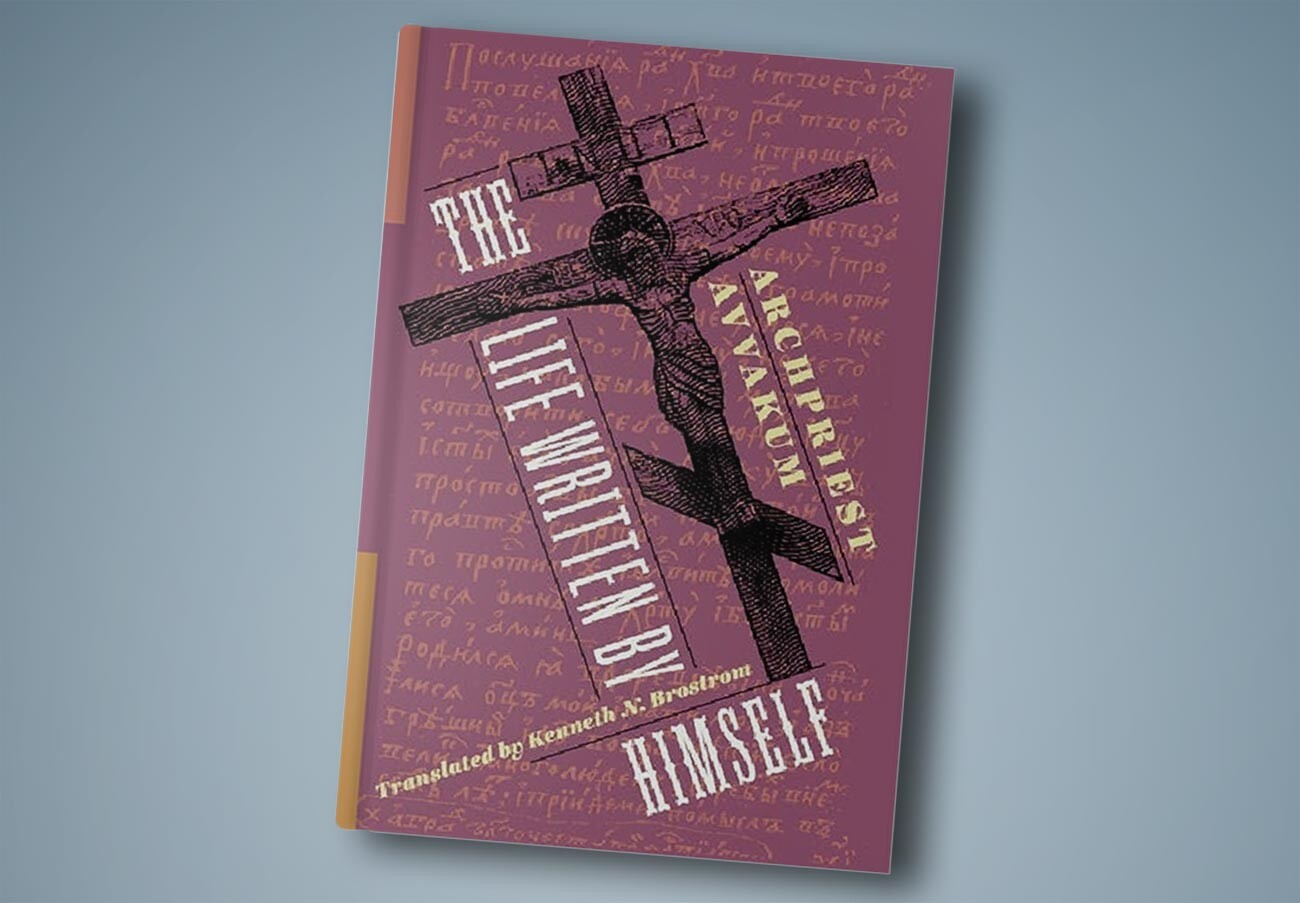 As part of the Russian Library series by Columbia University Press, a new translation of this very old story has been published. Archpriest Avvakum is the famous 17th century Old Believer who was one of the first to reject reforms in the Orthodox Church and become a dissident. He had previously been a widely admired priest who was close to the tsar. However, that didn’t save him from exile and jail.

While even Russians struggle to read this story, written in an archaic language, English readers are lucky to be able to read it more easily in the beautiful translation by Kenneth N. Brostrom.

Read more about Avvakum in our article here, and learn about the origins of the Old Believers here. 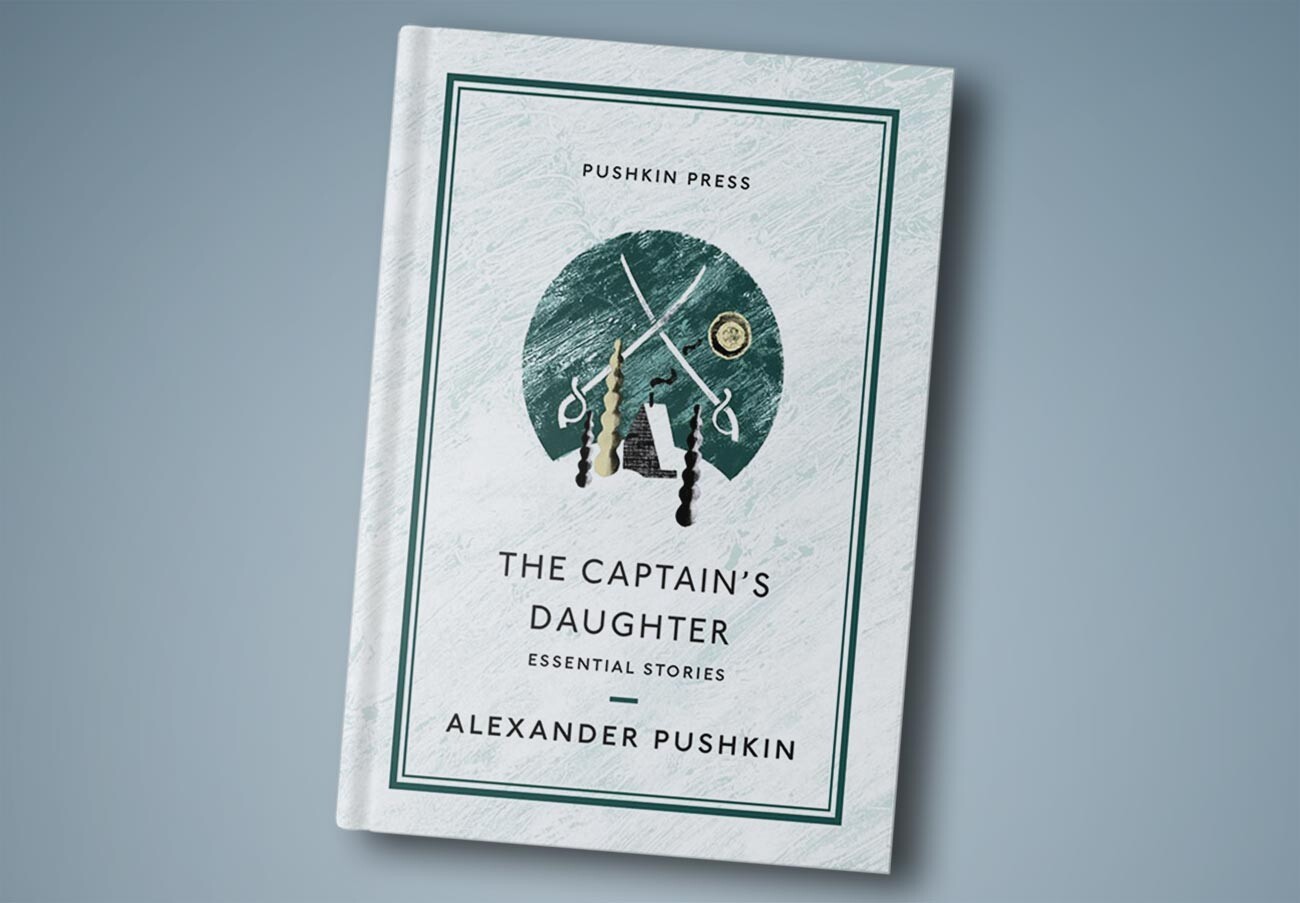 The Captain’s Daughter is a romantic novel which takes us back to the 18th century in the time of the massive Pugachev Rebellion, which plunged half of the country into chaos. “'God save us from seeing a Russian revolt, senseless and merciless” is a quote from the novel that today is an aphorism.

The collection includes other stories, such as The Queen of Spades, where a man becomes obsessed with cards and goes mad. These works are published in the "finely nuanced translations" of Anthony Briggs who earlier brought into English Pushkin’s famous novel in verse, Eugene Onegin. 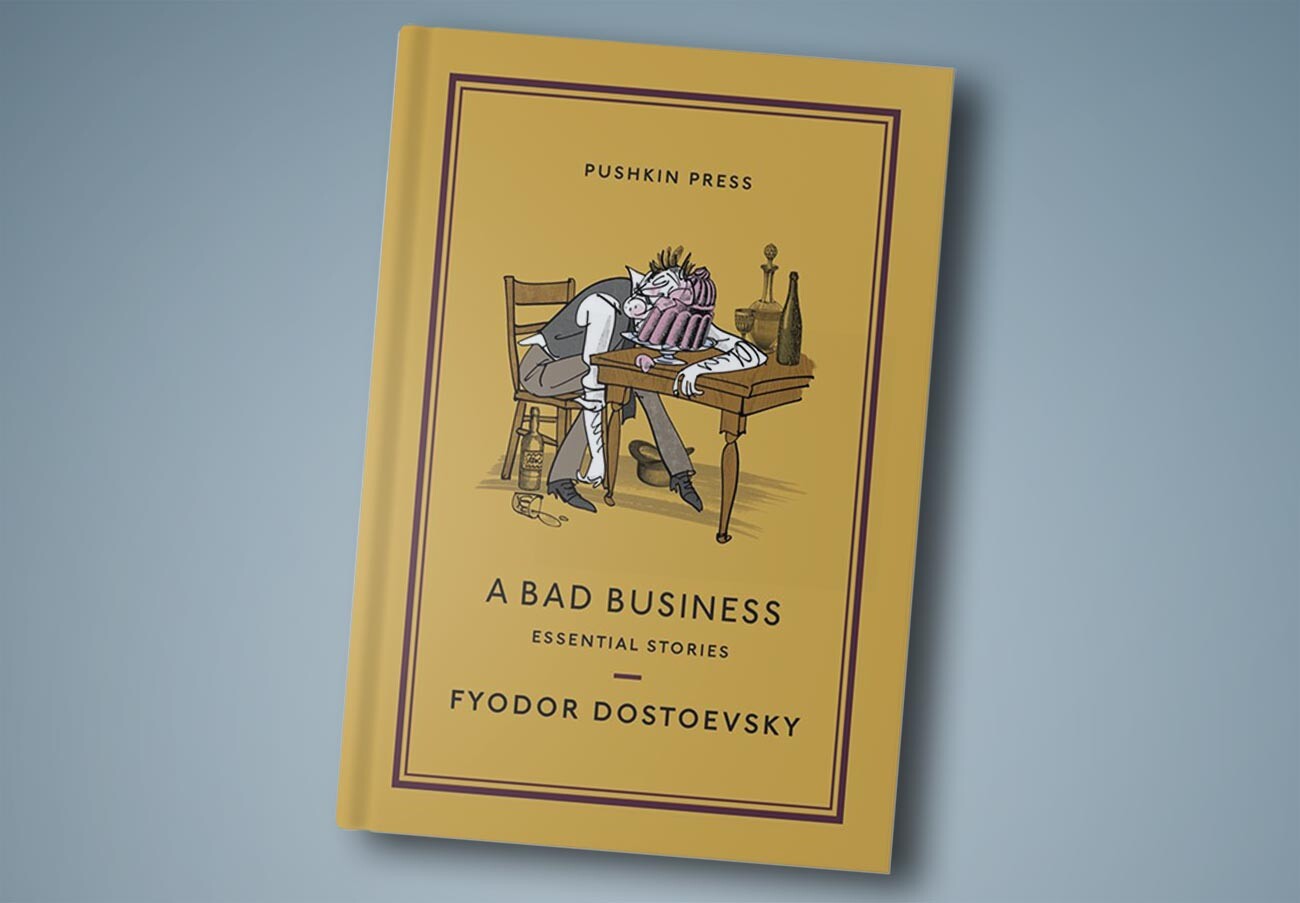 A writer who is a heavy drinker finds himself at a cemetery where dead people talk to each other in the short story, “Bobok”. In “The Crocodile”, a Gogolesque short story, a civil servant is swallowed alive by a crocodile. Considering the attention this causes, he starts working with great passion. There’s also the sad “Christmas Tree” short story about a beggar boy on the eve of the great holiday. As the publisher notes, Dostoevsky masterfully showed scenes "from the turbulent underbelly of St Petersburg". He breathed life into the lowest and most miserable members of society, and showed their dark sides in a deeply psychological manner.

The collection is translated by Maria Slater and Nicolas Pasternak Slater, a nephew of Doctor Zhivago's author, Boris Pasternak, who earlier translated many great stories by Dostoyevsky, Leo Tolstoy, Ivan Turgenev, and other Russian writers. 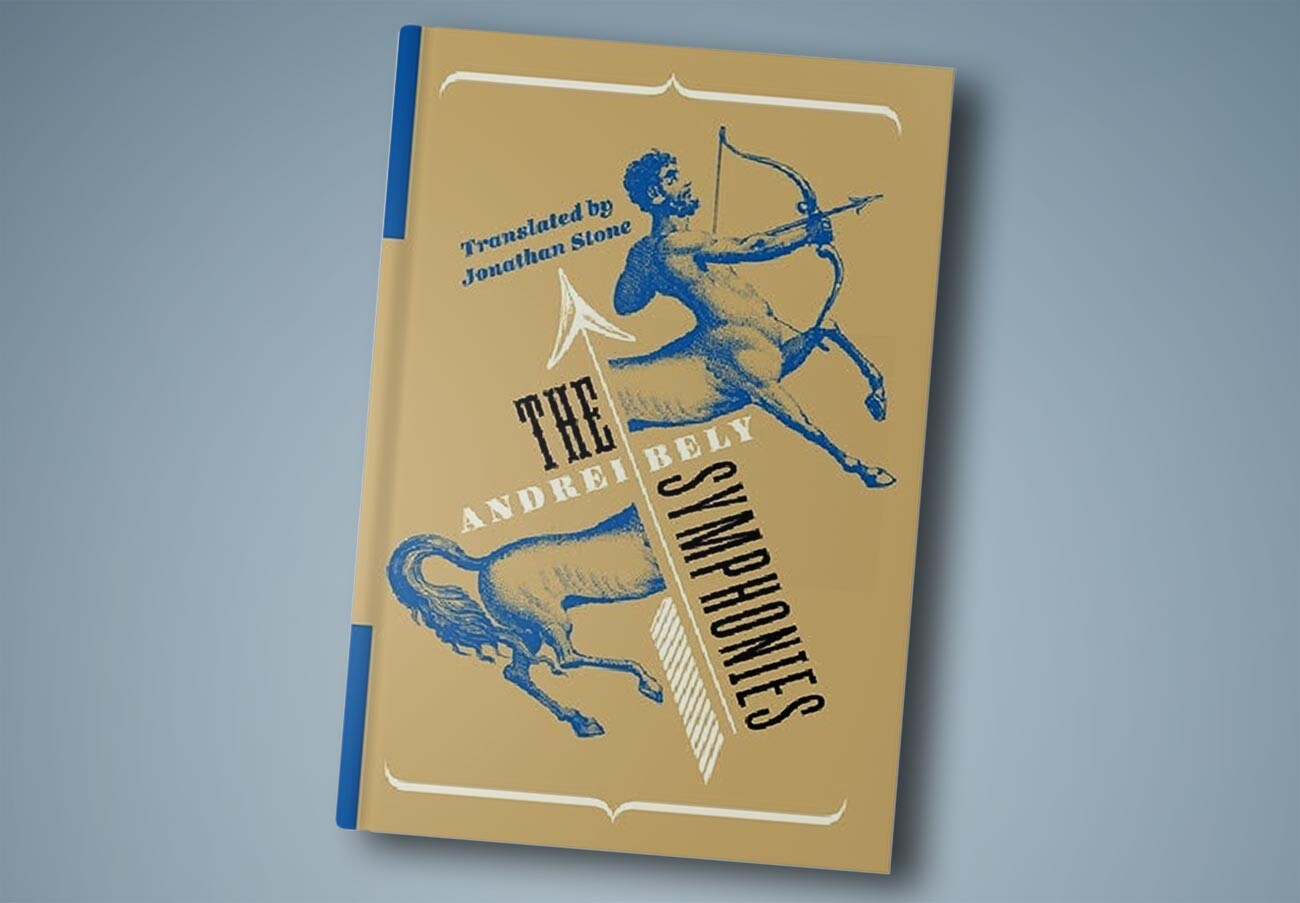 Andrei Bely is an early 20th century writer, most famous for his modernist novel titled Petersburg. It depicts the city on the eve of the first Russian Revolution and the narrative sometimes reminds one of a stream of consciousness. Critics often compare the work with James Joice’s Ulysses.

The Symphonies is Bely’s early experimental work, a modernist play with literature and music. Not an easy read! "Fantastically strange stories that capture the banality of life, the intimacy of love, and the enchantment of art", says the publisher, presenting the book translated by Jonathan Stone, who is associate professor of Russian at Franklin & Marshall College focusing on Russian modernism.

5. Alexei Remizov. The Little Devil and Other Stories 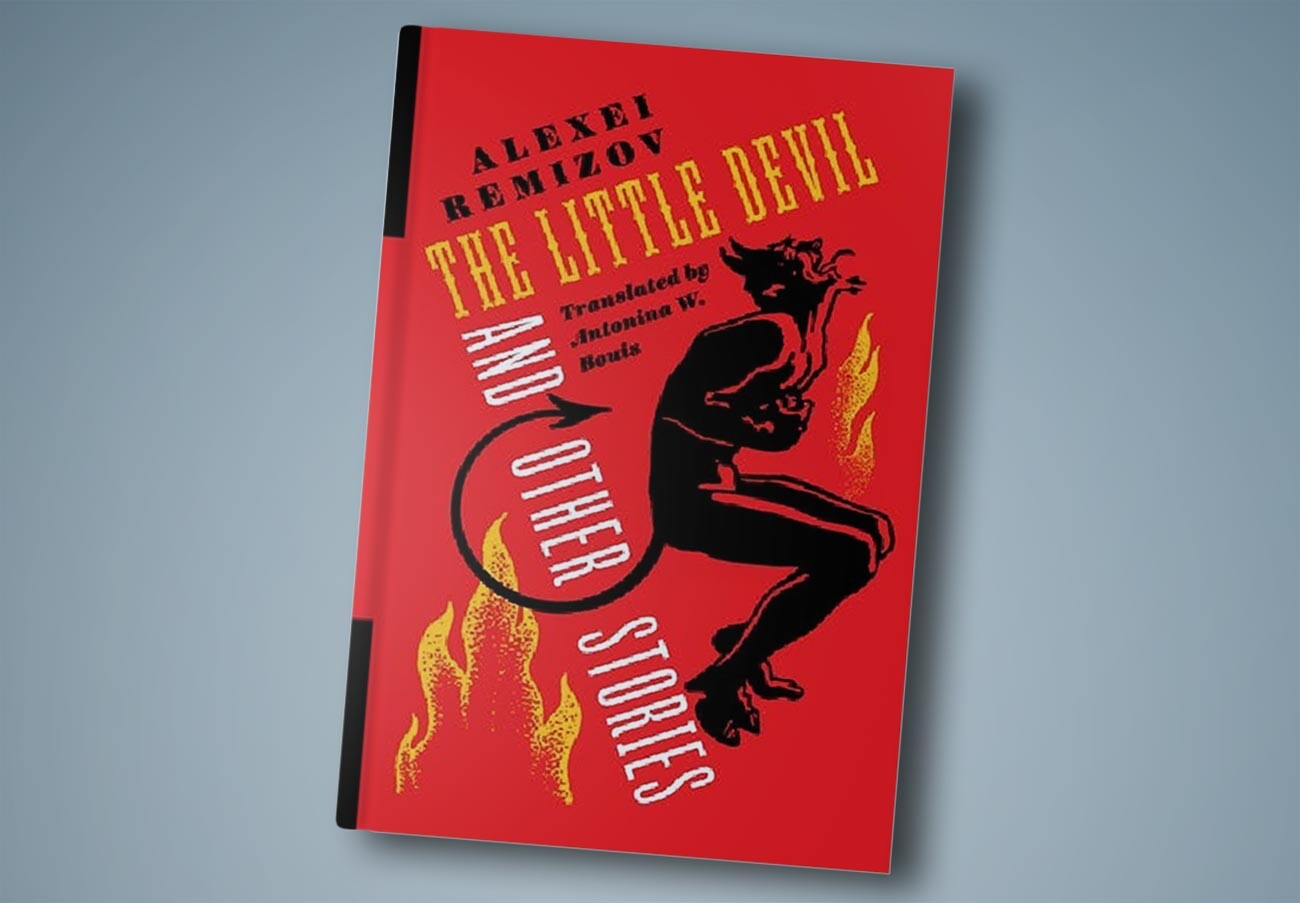 Great Russian poet Marina Tsvetaeva used to speak of Alexei Remizov as “a vivid treasury of the Russian soul and language”. He is another early 20th century modernist writer and a lost translation.

Remizov's stories take the reader into a mysterious and gothic world that mixes Russian rural speech and folk tales, as well as Old Believer and mainstream Orthodox traditions. At the same time, the archaic meets the modern world. The stories are brought into English by  celebrated translator Antonina W. Bouis. 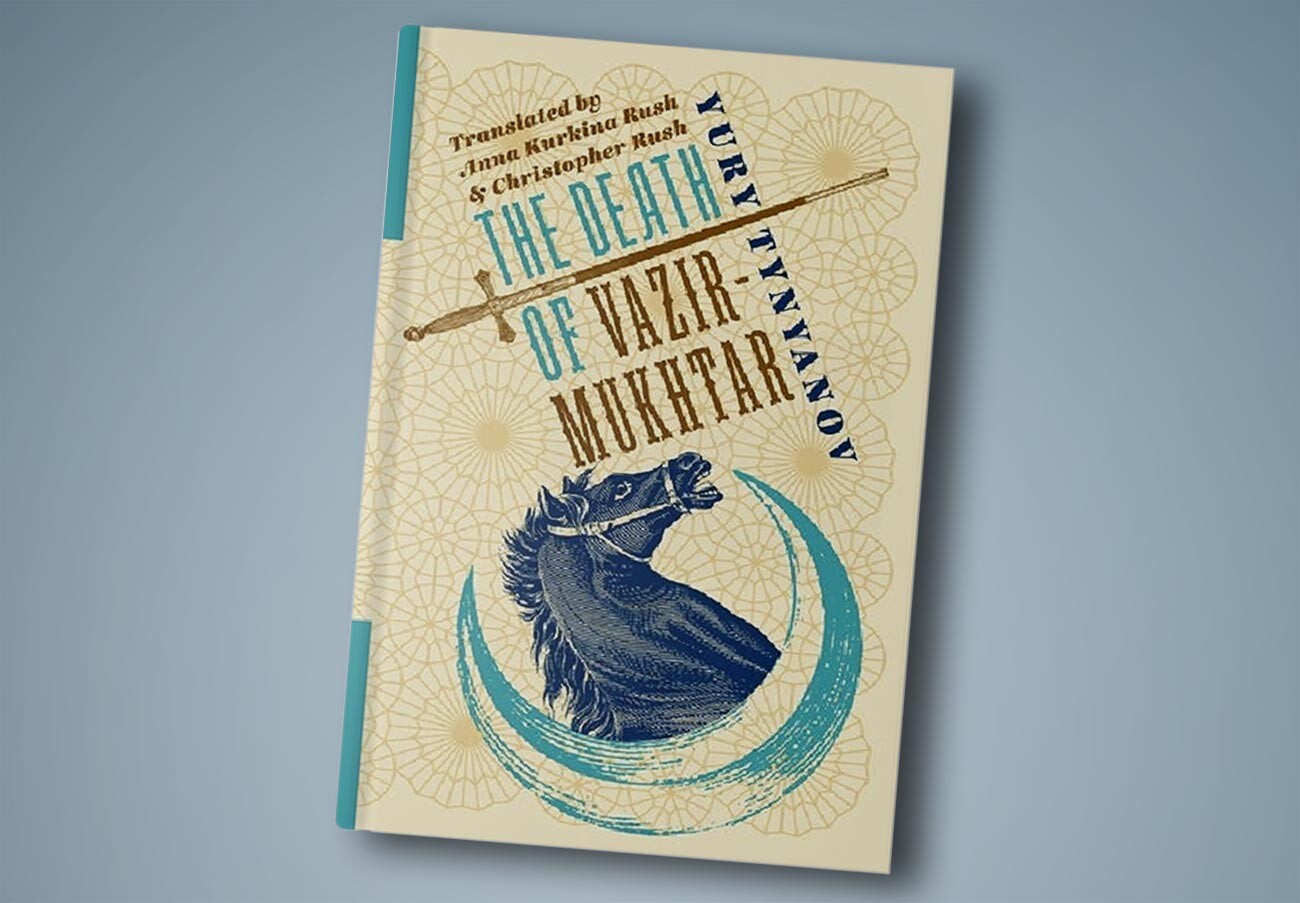 This 1928 novel explores the last days of Alexander Griboyedov, the 19th century Russian  playwright and author of the iconic comedy Woe from Wit. Besides being a writer (and a composer), he worked as a diplomat and was Russia’s ambassador to Tehran, but was killed during a Persian attack on the embassy.

Yury Tynyanov was first of all a linguist, literary critic and historian who focused on form and semiotics. He wrote several other non-fiction novels, and each is a flawless read. The Death of Vazir-Mukhtar was translated by Anna Kurkina Rush and Christopher Rush who also brought Tynyanov's novel Young Pushkin to English readers. 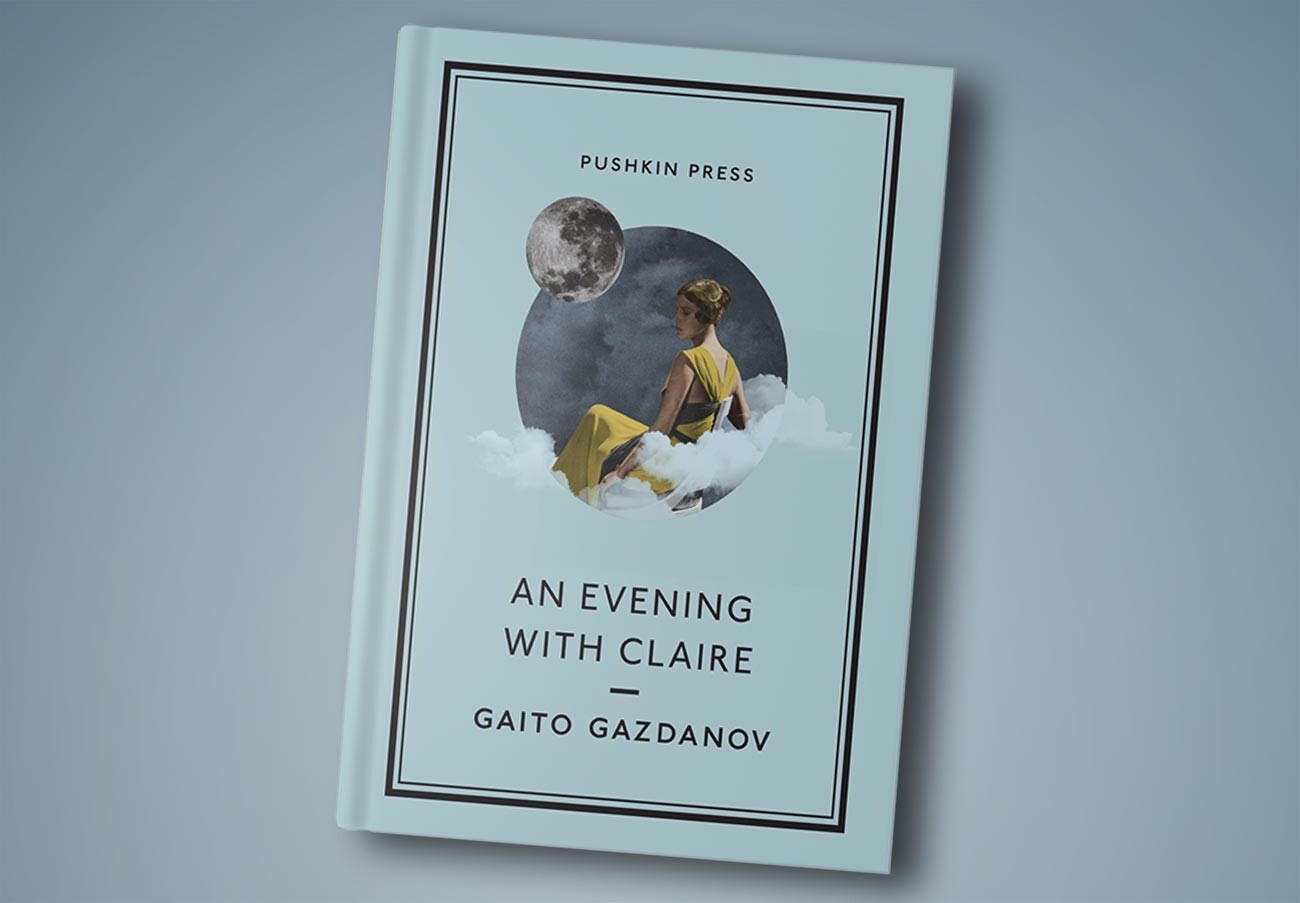 Gaito Gazdanov fled Russia after the Bolshevik Revolution and in 1923 settled in Paris. Struggling in a new life, he had to unload barges on the Seine, clean locomotives, work as an operator in the Citroën factory, and sometimes he even had no place to sleep. Until he finally became a night taxi driver.

Evening with Claire is an autobiographical novel showing the life of a Russian emigre in France. Compatriots abroad warmly welcomed the work, finding it a continuation of the great traditions of Russian literature. Translator Bryan Karetnyk, who worked on this novel, had earlier translated Gazdanov's The Specter of Alexander Wolf, The Flight, Buddha's Return and other stories. 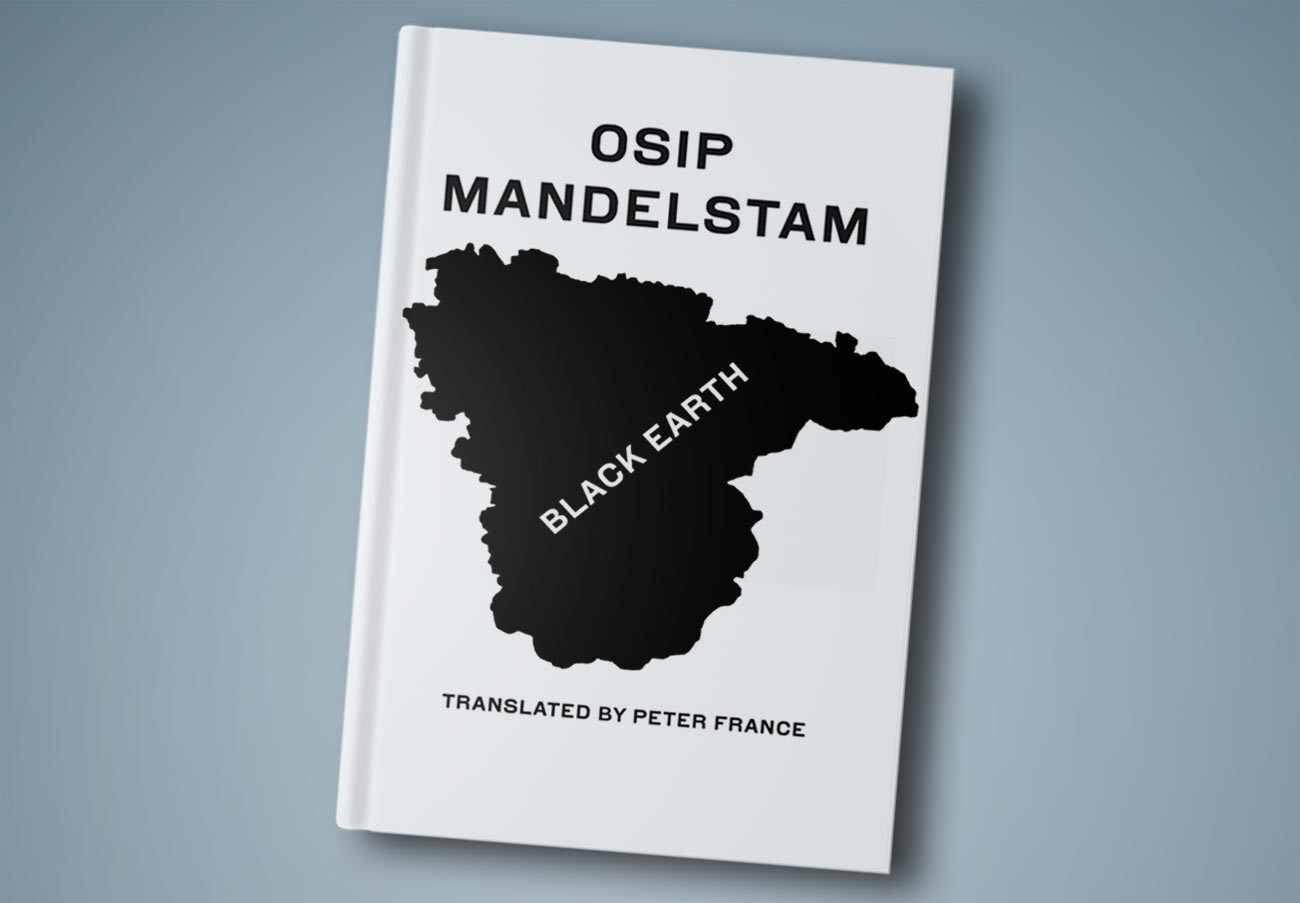 This Silver Age poet's biography is the finest example of how poets struggled in the Stalin era. An anti-Stalinist poem cost Mandelstam his life - he died in a gulag in the Soviet Far East. Before that, for many years, this brilliant poet lived in exile in Voronezh, the very fertile region known for its black soil, which gave the title to his collection of poems - The Black Earth.

Poetry is for sure an incredibly complicated thing to translate, especially works of such a poet as Mandelstam, who is highly appreciated by Russian intellectuals. But translator Peter France has much experience in translating Russian poetry into English.

9. Nina Berberova. The Last and the First 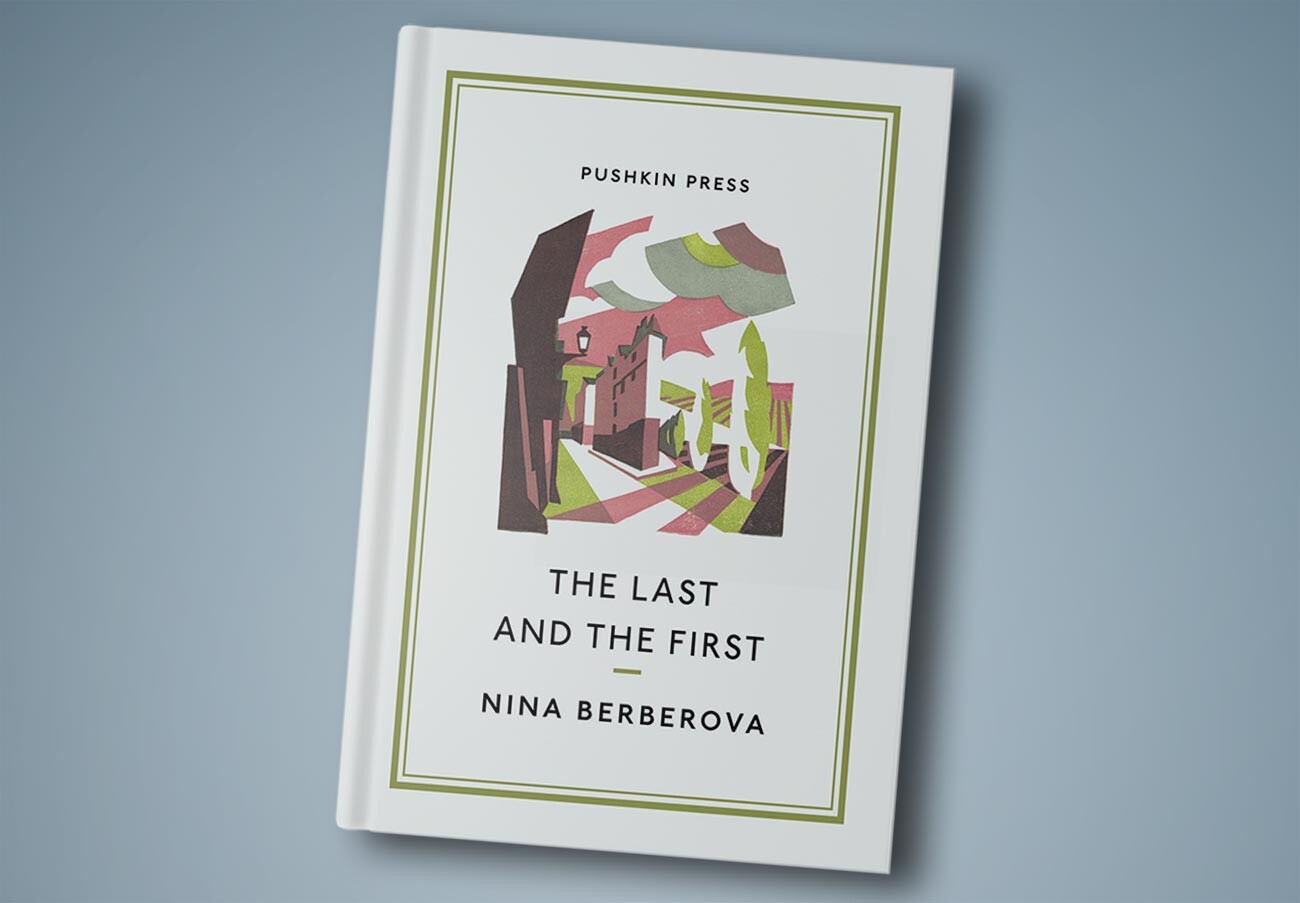 Nina Berberova was the muse of renowned Russian poet Vladislav Khodasevich. Together they left Russia in 1925, and in 1950 Nina moved to the U.S. She was a very important member of the Russian emigre community in America, and was a historian of Russian literature. She left several memoirs of Petersburg life with its brilliant poets, as well as about her later emigre life; one of them is The Last and the First.

The first English translation of this work was made by Marian Schwartz who had already translated a range of Berberova's novels. Read more about Nina Berberova's turbulent life here.

10. Maria Stepanova. In Memory of Memory 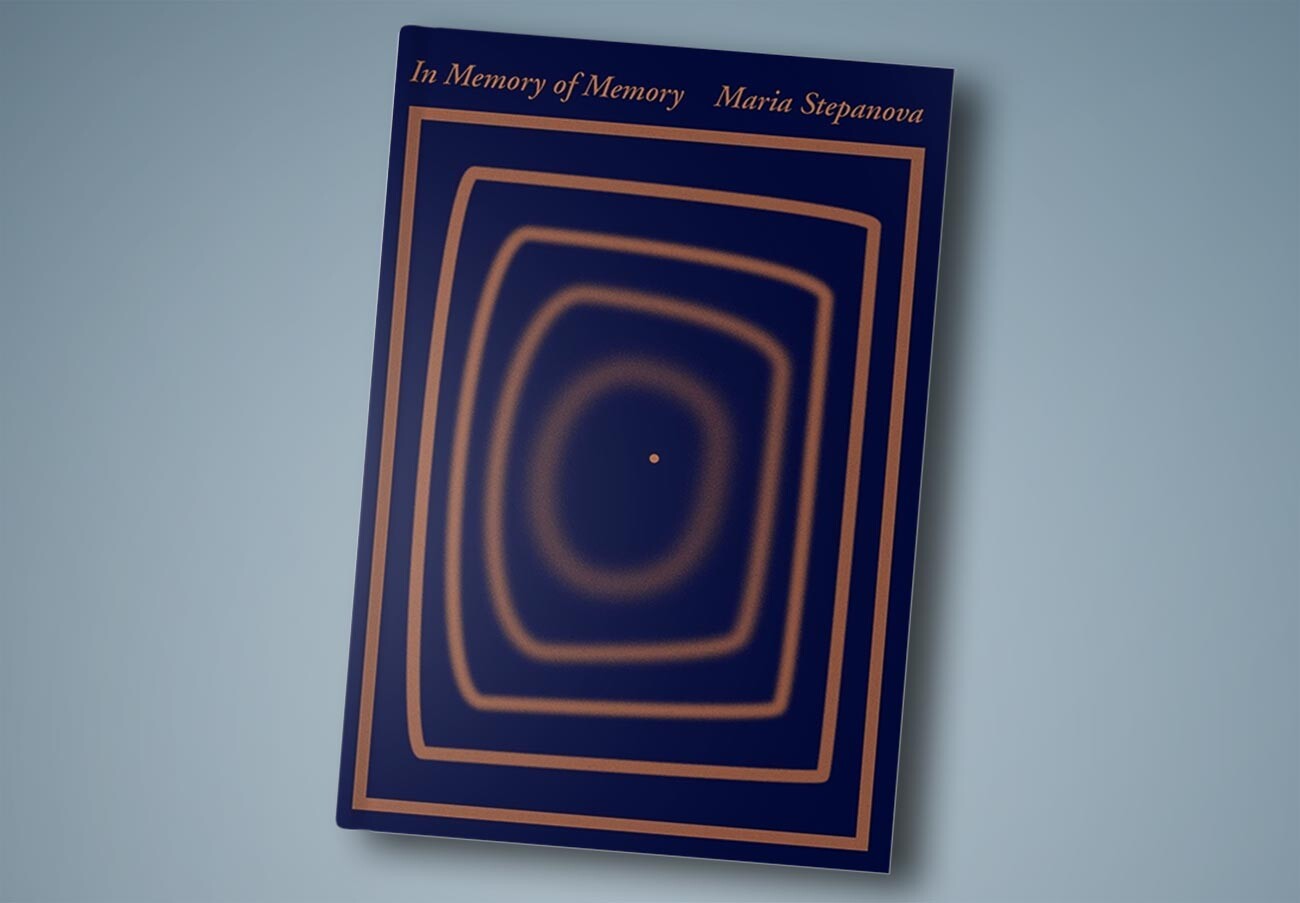 The 2018 book In Memory of Memory is an overview of the author’s family history. Stepanova takes a look into the past, to her Soviet childhood and tries to find out the nature of memory.

The book gained widespread reader interest in Russia, and in 2021 it was published in English, translated by Sasha Dugdale. It was shortlisted for the International Booker Prize, a rare thing for contemporary Russian literature. Read more about the book here.

Another book by Stepanova, a collection of poetry, The Voice Over, was also published in English this year.