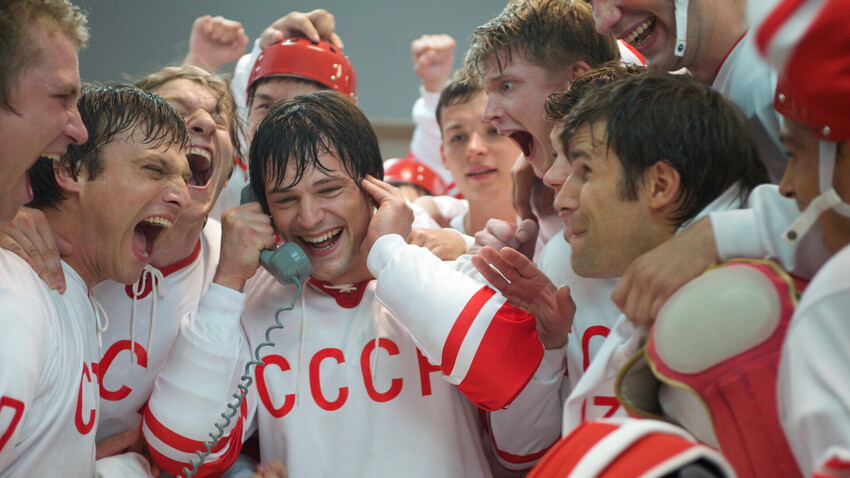 Nikolai Lebedev/Trite Studio, 2013
These movies will make you forget you’re not at the stadium. You will probably want to stand up, scream and hug those around you, overcome with unadulterated happiness.

Nadya Lapshina, a 7-year-old girl from Irkutsk, dreams of becoming a figure skater. She goes to the frozen Lake Baikal to train with her mother and learns the basics of the sport from skating books. 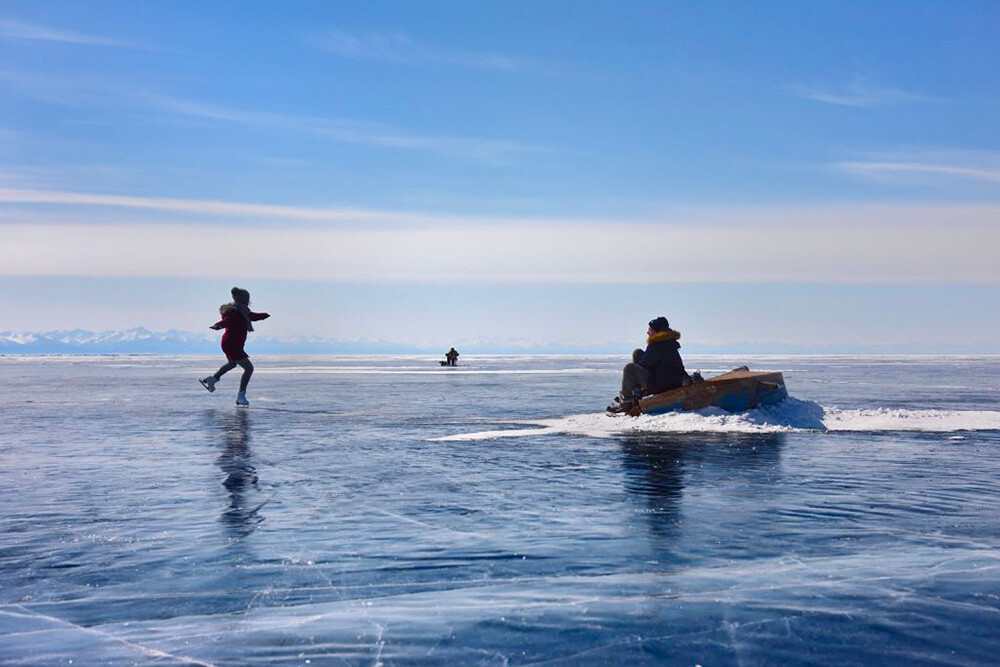 When her mother suddenly dies, Nadia, who is obsessed with skating, becomes the student of the best coach in town. She works hard to fulfill her childhood dream and eventually grows to become one of Russia’s most promising figure skaters. A beautiful and gifted young woman, Nadia moves to Moscow where she has a chance to skate with Vladimir, a handsome ice-skating star and the capital’s most eligible bachelor.

The couple are poised to win their biggest Ice Cup tournament. But things go off track when Nadia suffers a severe back injury and must use a wheelchair. The skater loses hope of ever standing up and learning to walk again. It is thanks to the obstinacy and impulsiveness of one cheeky hockey player that Nadia will miraculously regain the power of her legs and will find the love of her life, as well. 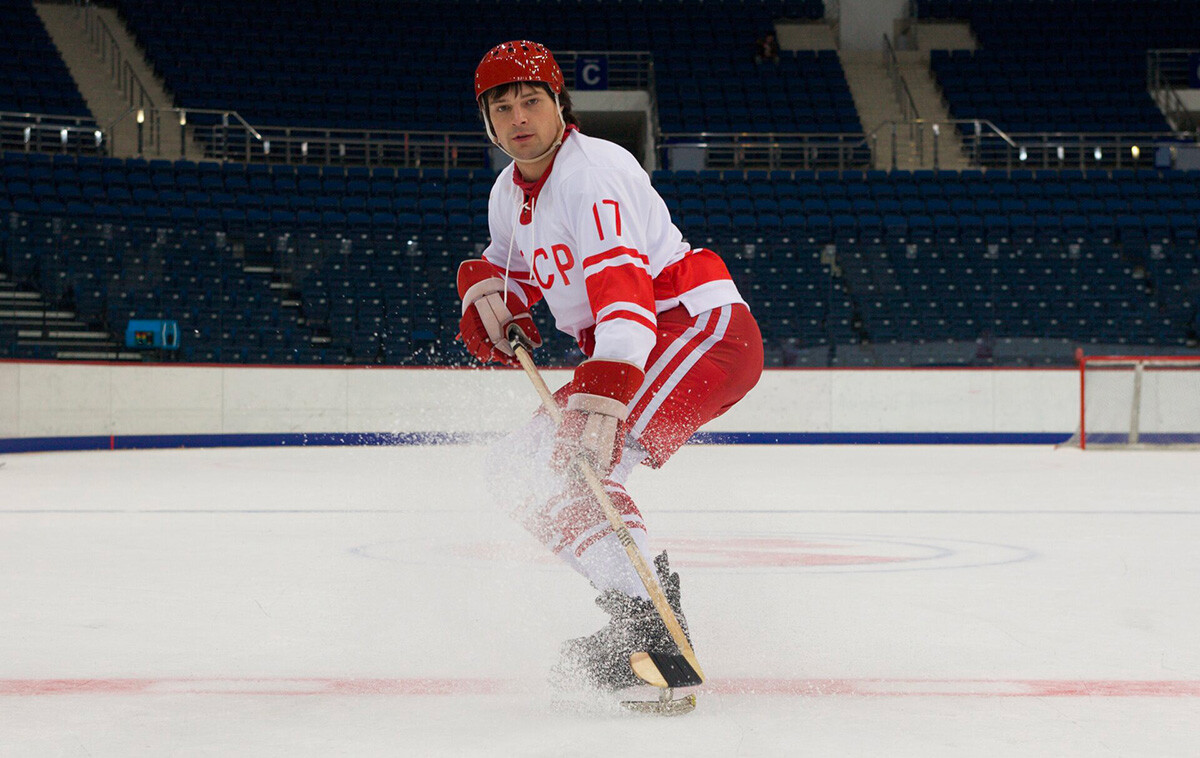 ‘Legend No.17’ details Kharlamov’s ascent from a mediocre hockey player to Olympic champion. Champions are not born, they are made, as they rightly say, and Kharlamov’s inexorable path to success was fraught with obstacles, both on and off the ice hockey pitch. 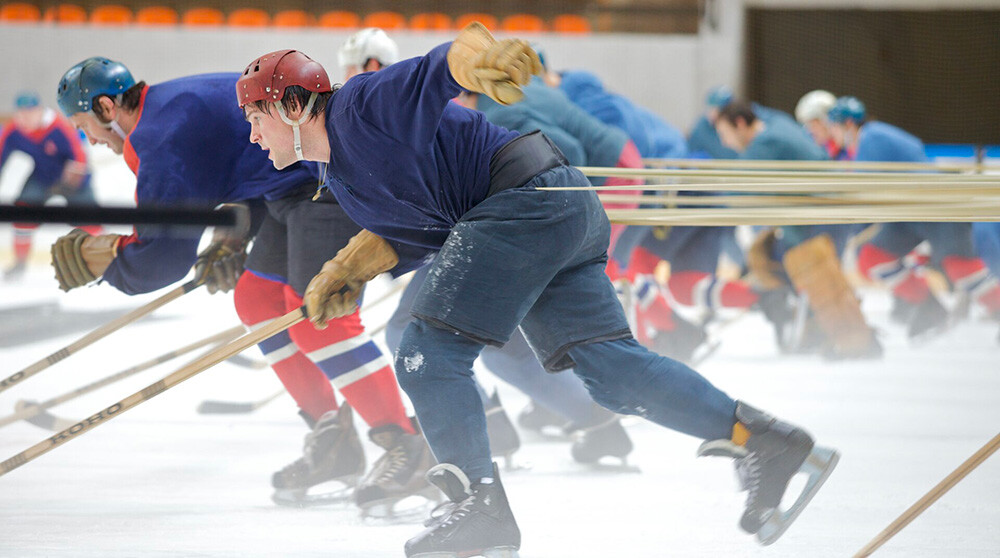 The ambitious CSKA Moscow player, considered one of the greatest forwards in the history of the sport, had to sweat it out to prove his great potential to the uncompromising and intense coach Anatoly Tarasov. The movie is based on a true story and climaxes with the legendary Soviet-Canadian friendly series in 1972.

Contrary to popular belief, professional soccer is not only about money and fame, but about embarrassing lapses and dramatic shooting struggles, too. 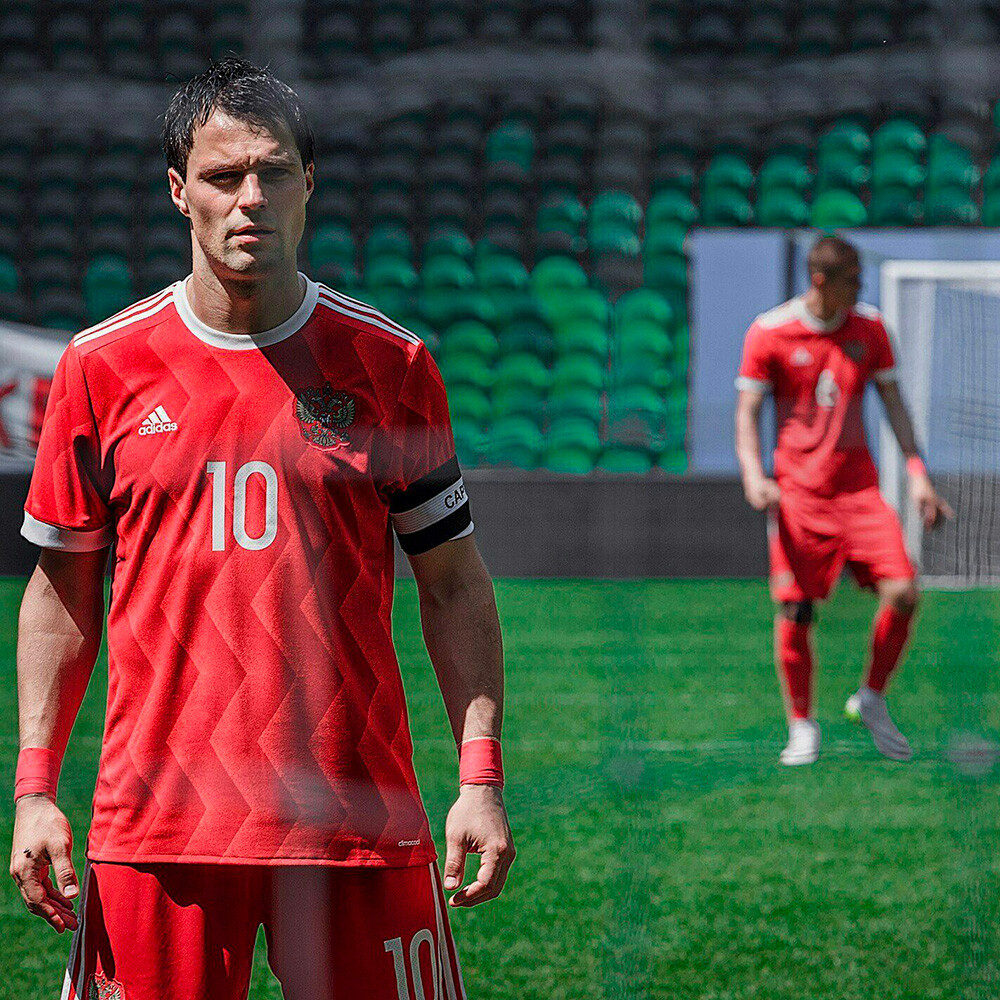 A talented young striker, Yuri Stoleshnikov, is the captain of the Russian national football team taking the field against the uncompromising Romania. The problem is, his overweening self-confidence plays a cruel joke on the ambitious footballer. Failing to score in penalty kicks, the protagonist ruins the game and, after coming under severe criticism, is forced to leave his team, FC Spartak Moscow. 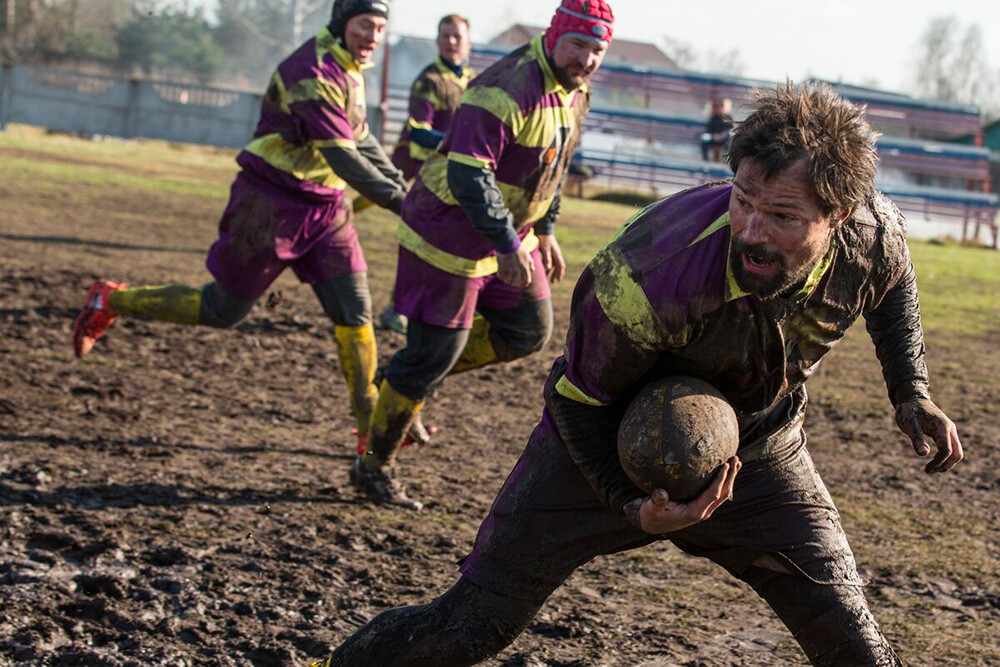 Yuri hangs up his football boots and tries his hand as a coach. He begins to train a modest underdog team no one believes in and turns it into something nuclear.

READ MORE: TOP 5 movies by Andrei Zvyagintsev you should watch

Marina is going through a midlife crisis. She doesn’t like her job and is in the process of divorcing her husband. In a nutshell, her future doesn’t look very bright. 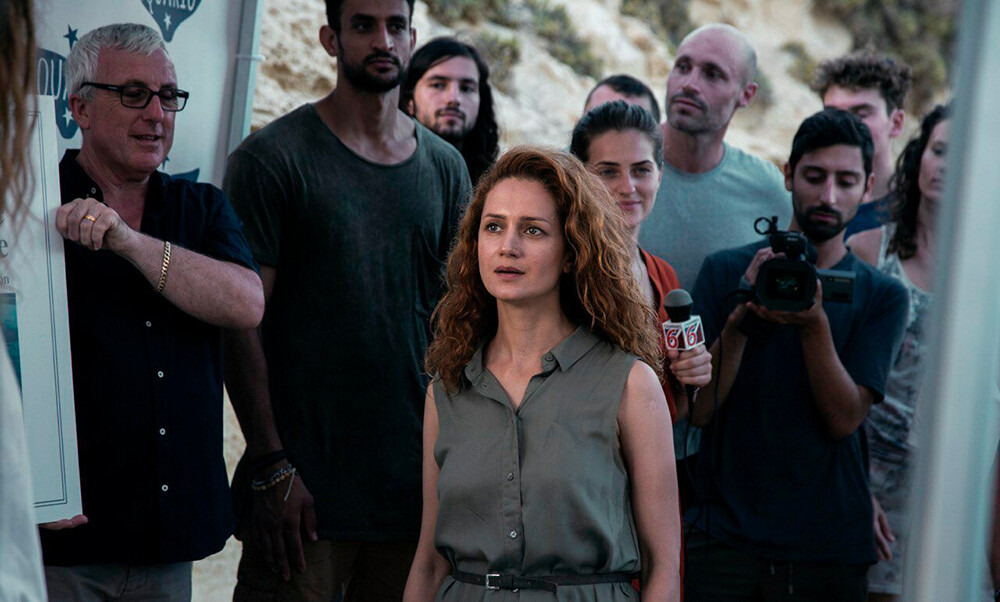 In search of inspiration, she focuses on free diving and things suddenly begin to change. With hard work, there are no limits, really. The heroine decides to take part in the freediving championship and… wins!

‘One Breath’, directed by Elena Khazanova, is the first Russian adventure movie shot on the high seas at a depth of 100 meters. 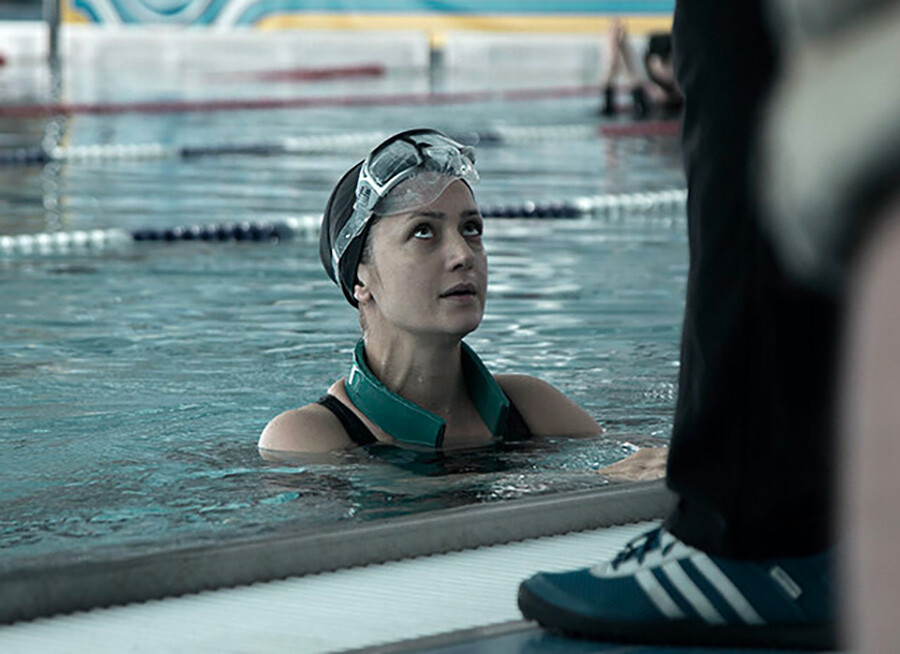 It is based on the real story of legendary Russian free diver Natalia Molchanova (1962-2015). Having taken up this extreme sport late in her life, at the age of 40, the athlete managed to set more than forty world records and become a multiple world champion.

This sports drama follows the dramatic events that took place at the 1972 Olympics in Munich.

The Soviet basketball team made history when it beat the Americans with only three seconds of the match remaining. The heavyweight U.S. team led by one point and thought victory was surely in the bag. But the three last seconds proved to be the most crucial of the game. The invincible U.S. team was defeated for the first time in 36 years and was yet more evidence that it’s never too late to win the battle against your biggest rival.

Beware: ‘Going Vertical’ has such a great emotional intensity that you actually feel adrenaline while watching it!