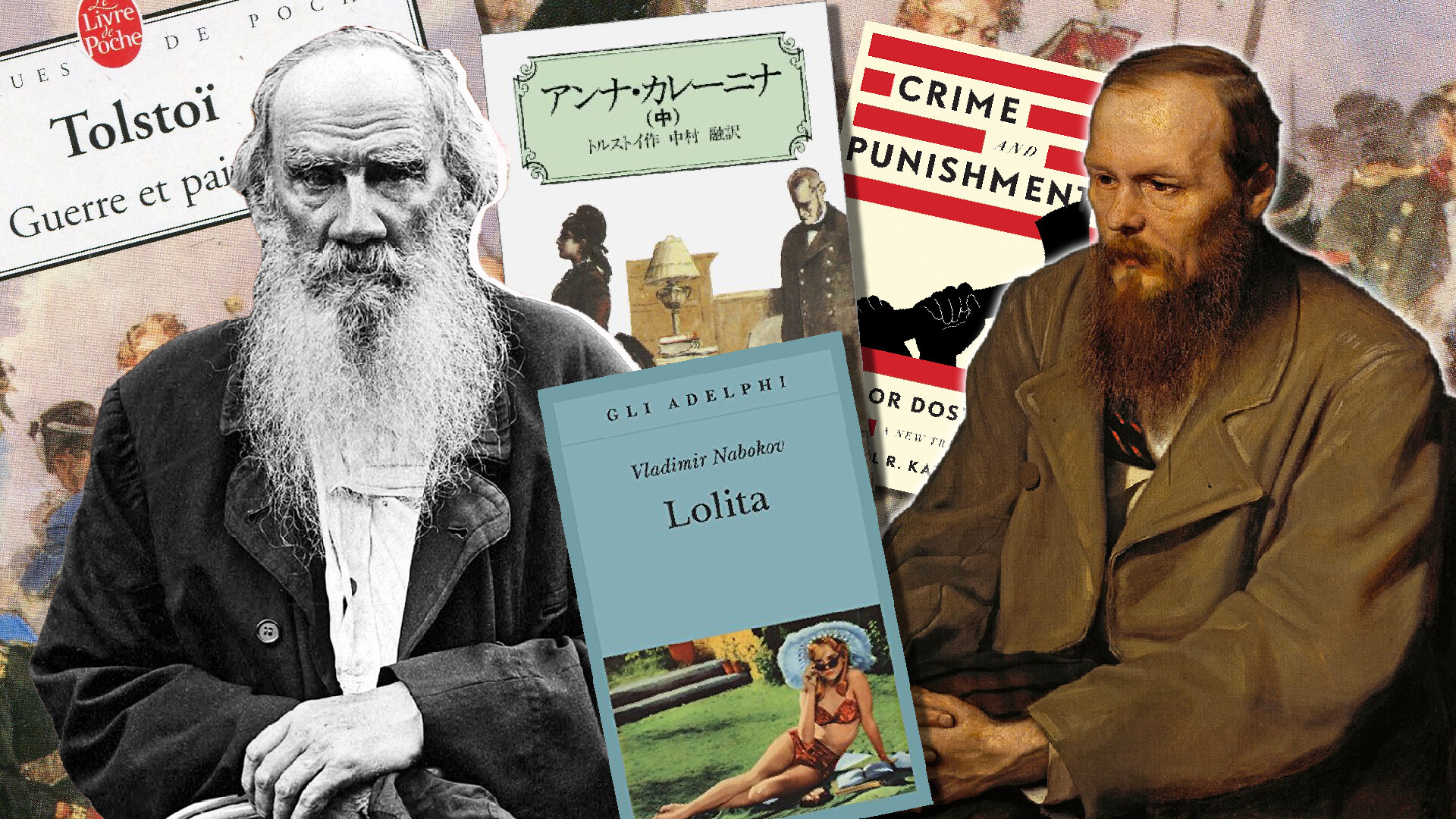 Russia Beyond (Legion Media; Vasily Perov/Tretyakov Gallery; Liveright; Livre de Poche; Iwanami Shoten; Adelphi)
These novels are required reading for all those who wish to get acquainted with Russian literature. They are loved and read in all countries of the world for a reason.

Every year, more and more translations of Russian classics come out in different countries of the world – predominantly, the translations of novels from the 19th century to the beginning of the 20th century. Few publishers dare translate and publish modern novels; after all, the fact that Tolstoy and Dostoevsky will sell much better than unknown authors is almost an axiom. Below is what the TOP of the most popular Russian books around the rest of the world looks like. 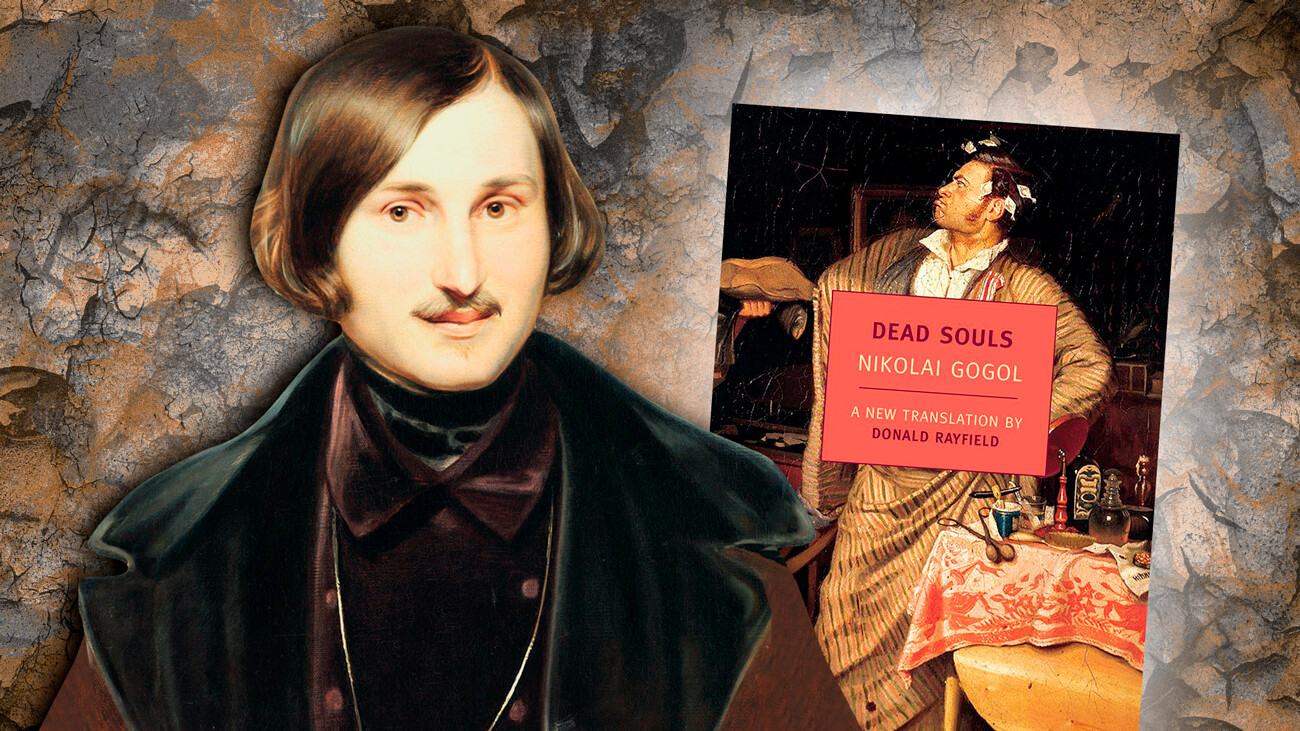 Gogol himself said that this work’s genre was a “poem”, however, it’s written in prose. The main character, Chichikov, travels from one provincial landowner to another almost like Odysseus and asks them to sell him their “dead souls” - that is, serfs that have already died, but the information about their deaths hasn’t been made available in the annual revision lists yet. This way, he wants to acquire the status of a landowner himself, owning… non-existing peasants. This book shows the vices of Russian society and of men, overall; it also has lyrical digressions about Russia as a troika (three-horse sleigh) and where it’s rolling and what is its destiny. This very funny and philosophical book made it onto the list of 10 recommended Russian books by Italian Esquire. Apart from that, ‘Dead Souls’ is included on the list of the 100 best books of all time according to British newspaper The Guardian and the100 best books common list of the Norwegian Book Club and the Norwegian Nobel Institute. 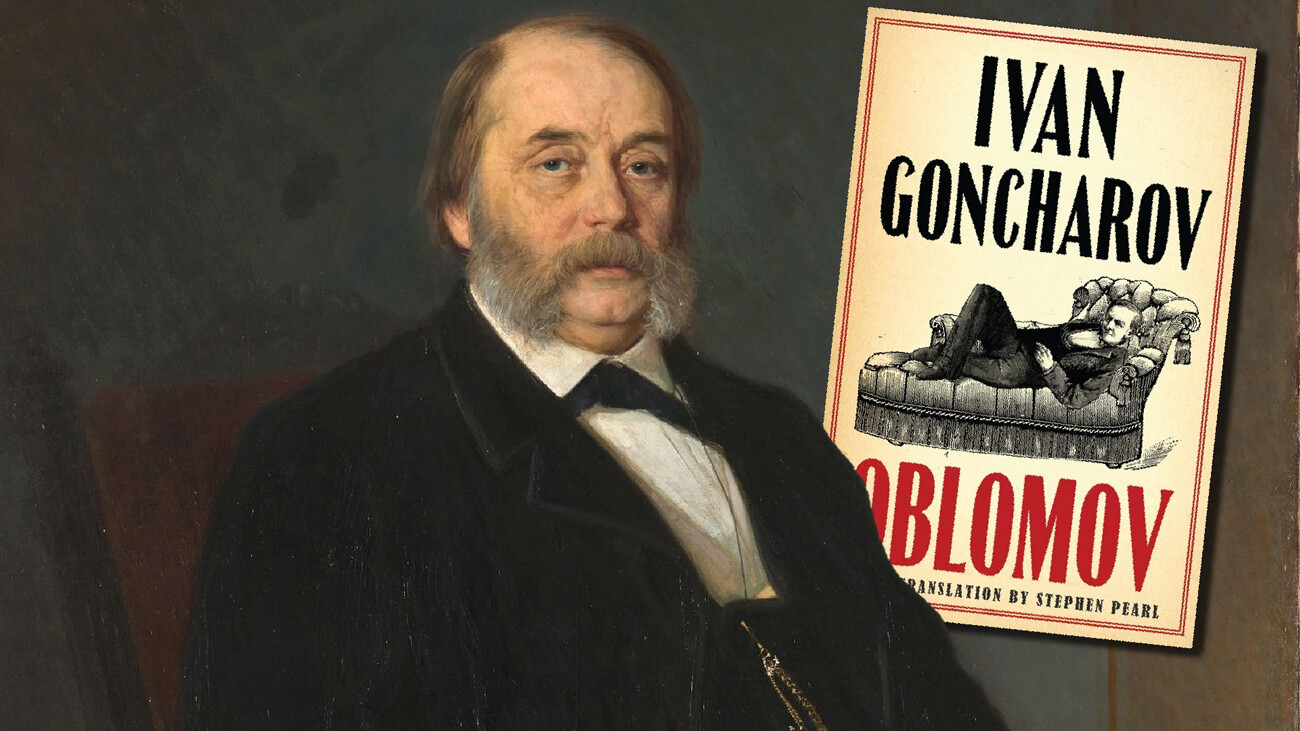 This is a quintessential novel about Russian laziness. Ilya Ilyich Oblomov literally doesn’t get off his couch, he never goes anywhere, doesn’t do anything, only daydreams. He can’t even fall in love for real and, having proposed to a young and beautiful woman, he ultimately retreats – and she marries his enterprising friend. After the novel was published, a new concept was developed – oblomovshchina (Oblomovism) – a combination of laziness, apathy, a lack of will to live – very typical for a Russian soul (there’s a reason a multitude of folk tales are dedicated to heroes who spend long years just lying on top of a Russian stove). According to Japanese magazine Kangaeru Hito, it’s in the list of the top-100 foreign novels that you should read in your lifetime. 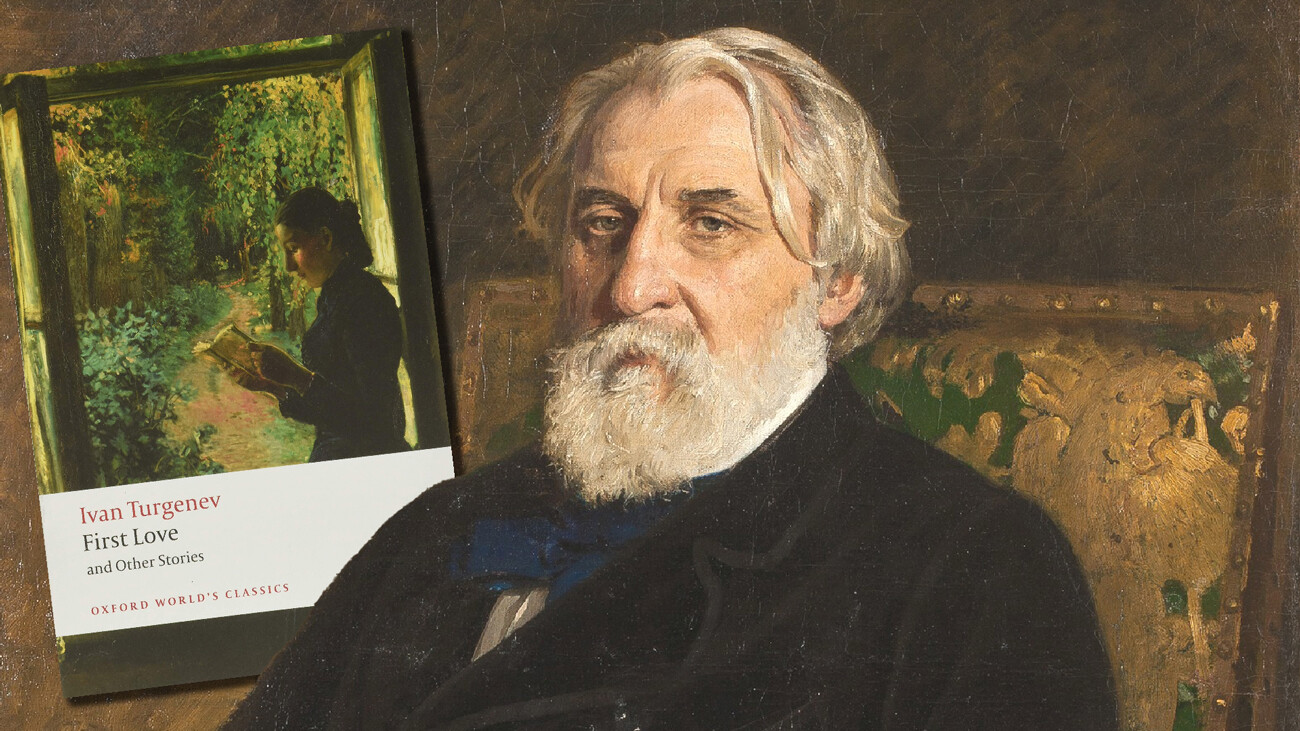 One of the main works of Turgenev is the novel ‘Fathers and Sons’ about the eternal struggle between generations, the name of which became a household name. This book in Russia is considered the most important among the works of this author and is included in the mandatory literature program of all schools and educational institutes. In his other novellas (‘Rudin’, ‘Asya’, ‘Home of the Gentry’) the image of a “Turgenev girl” was created – a young, but independent woman, who turns out to be stronger and more moral than weaker men.

For some reason Turgenev’s novella ‘First Love’ gained popularity abroad – about a dramatic unrequited love of a young man to a woman older than him (who even preferred his father!). For example, Japanese publishing house Shinchosha recommends this novella specifically, among 40 works of world literature – for a light read and for those who are only beginning to get acquainted with world and, particularly, Russian literature.

7. Mikhail Bulgakov, The Master and Margarita 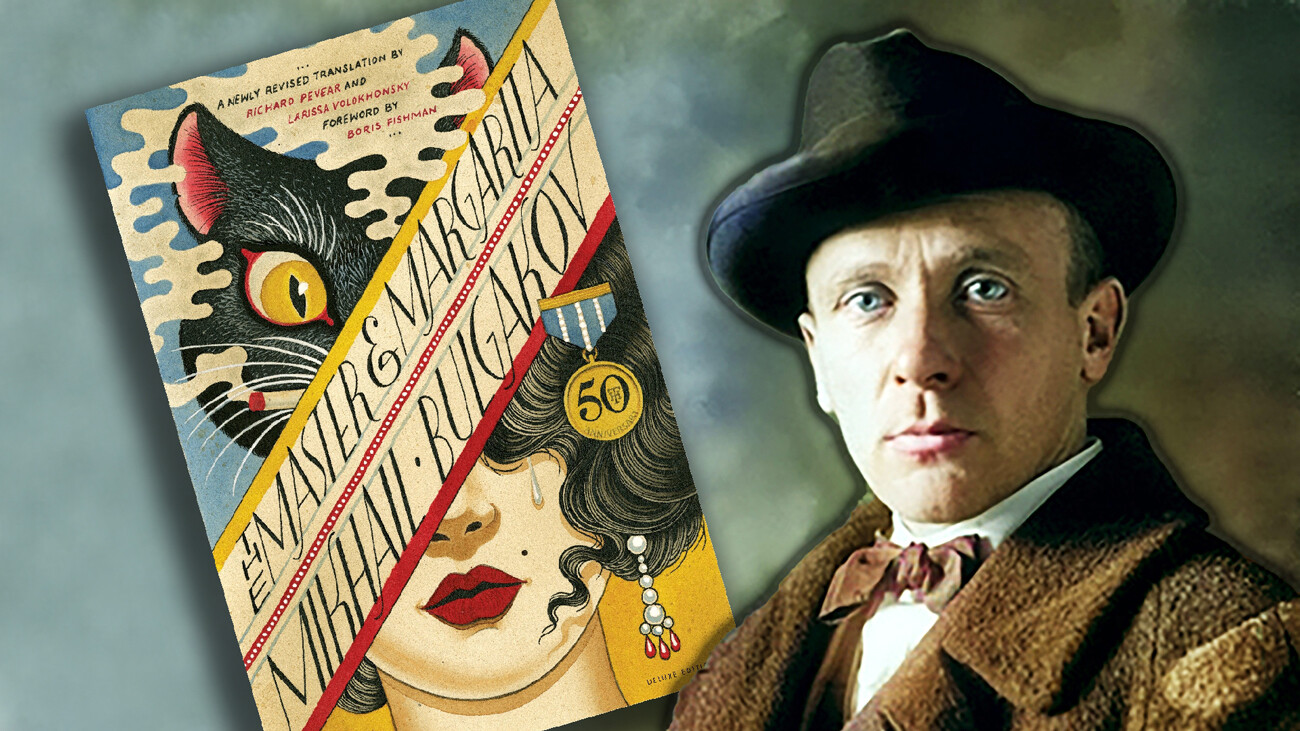 Mystical, puzzling, magical, funny – the novel ‘The Master and Margarita’ is considered one of the favorite novels of a Russian reader. This is a thrilling story of how the Devil himself arrived in Soviet Russia and how Margarita sells her soul to him to be with her beloved Master. Chapters about the Master and Margarita are interwoven with the Master’s chapters about the last days of Jesus Christ’s life. 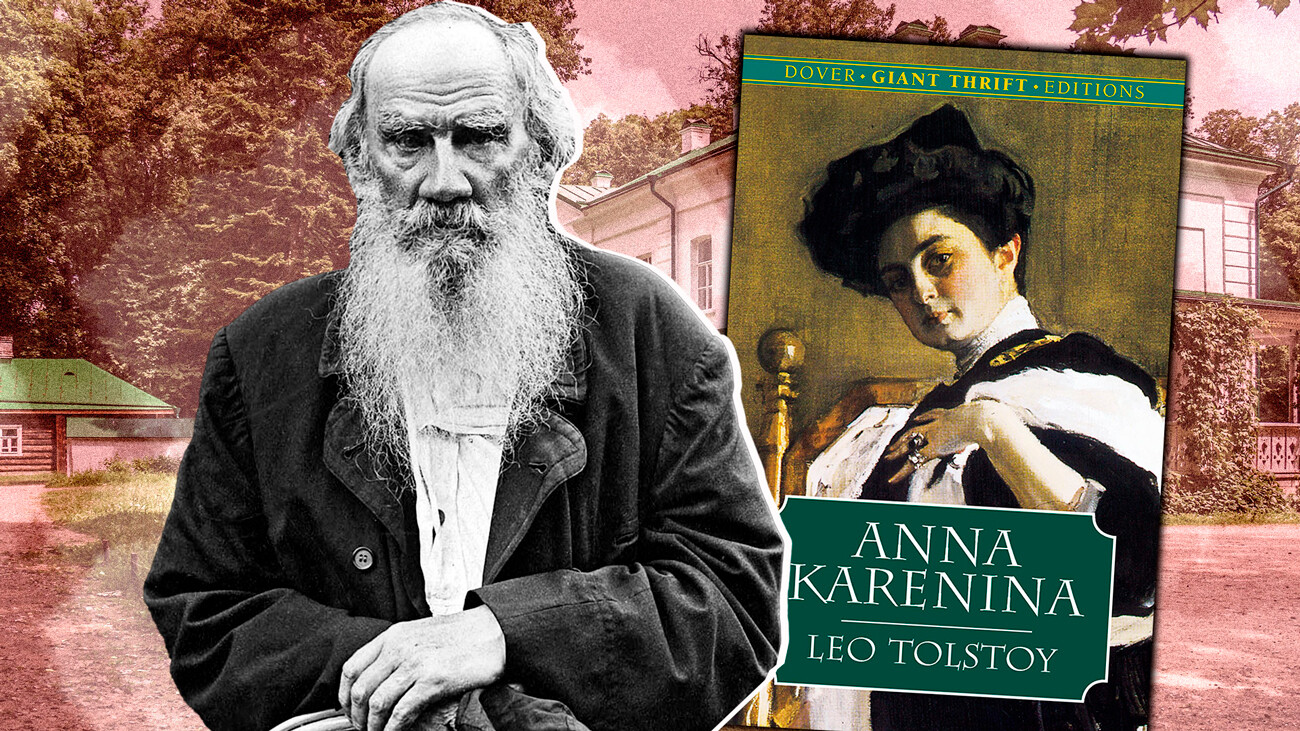 Even if you know nothing about the plot of ‘Anna Karenina’, you are probably familiar with its ending – the heroine throws herself under a train. Just the amount of movie adaptations of this novel (over 40) by directors from countries across the globe speaks of its global popularity. The secret to such recognition by readers and viewers is simple – this book is about love, first of all.

The critics also give their credit to this novel – ‘Anna Karenina’ is in the list of the 100 best books of all time by German TV channel ZDF, the Norwegian Book Club, British newspaper The Guardian and also in the top-200 books by the BBC. 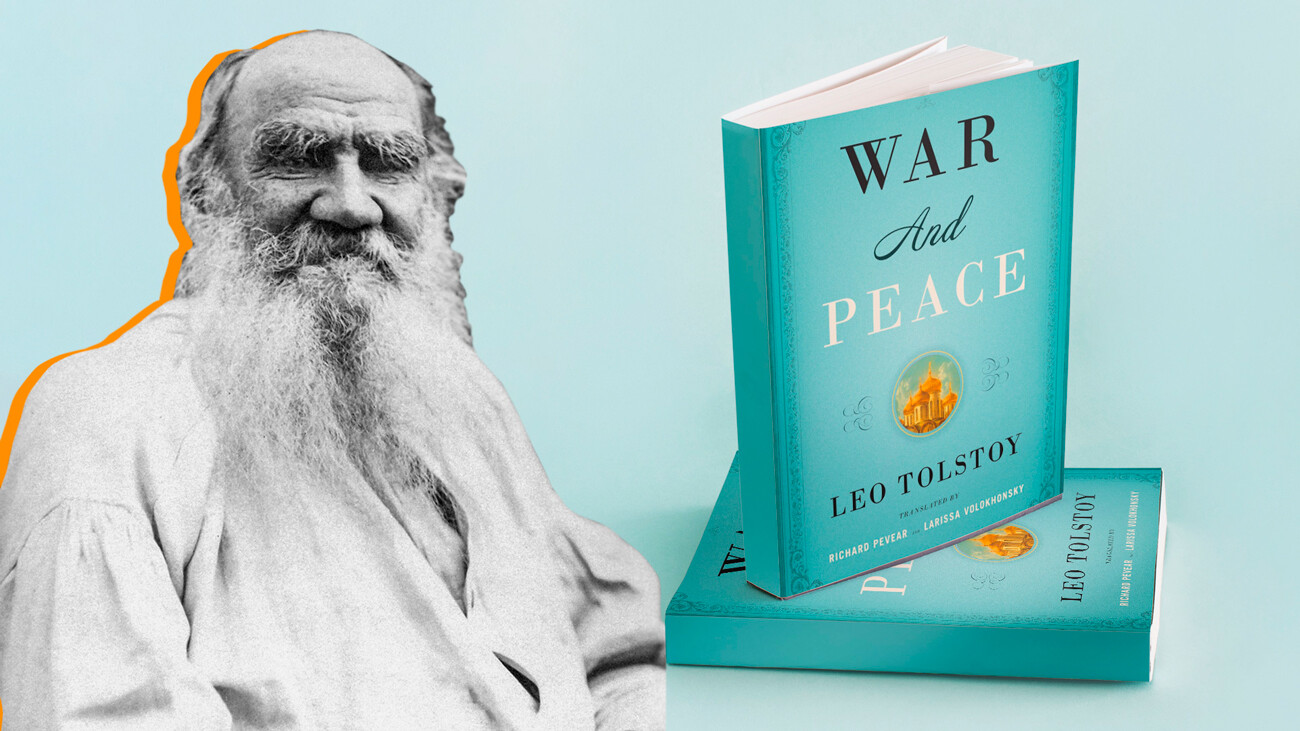 This four-tome epic novel with its threatening size tells the story of several families within the frame of grand historical events – the war of the Russian Empire against Napoleonic France.

‘War and Peace’ became the first Russian novel that topped the rating of the 100 best books (by Newsweek); apart from that, it made the list of the top 100 by German TV channel ZDF and by British newspaper The Guardian, by the Norwegian Book Club and the same top-200 book rating by the BBC. 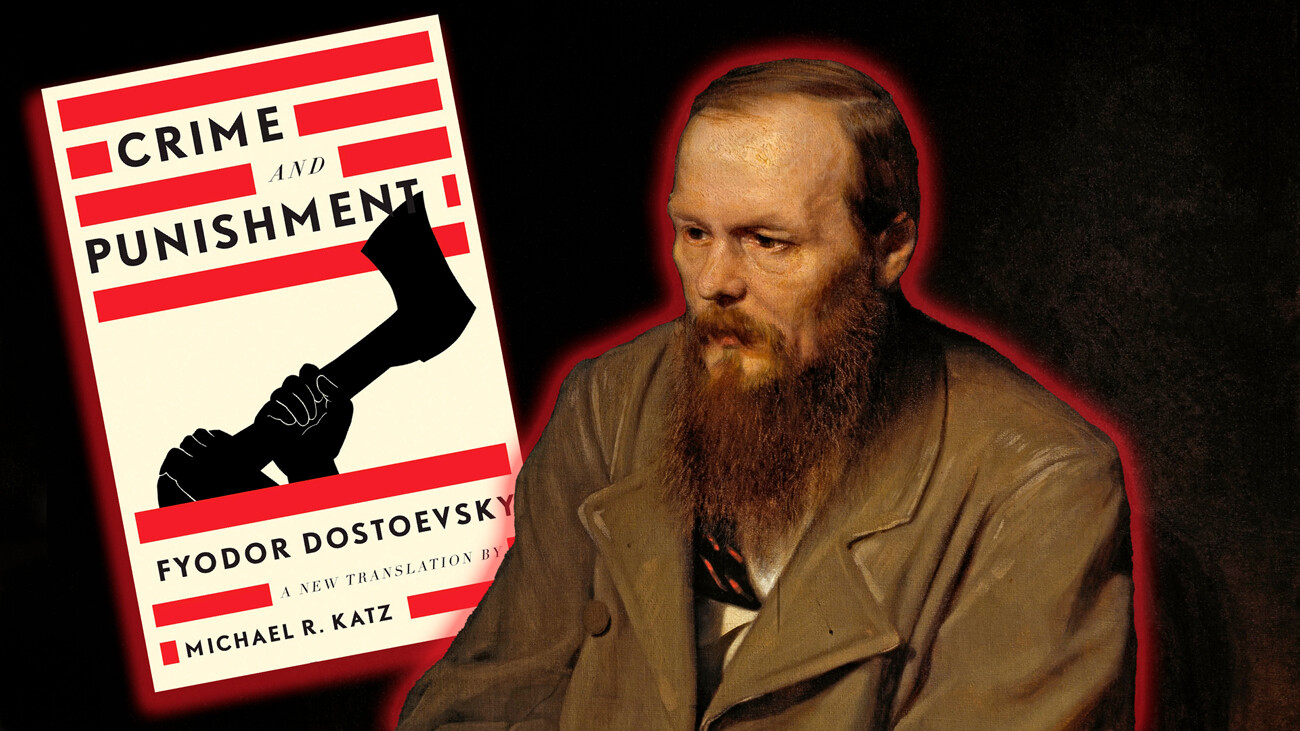 Dostoevsky wrote at least five great novels and became a record holder of the Norwegian Book Club that released four books of Dostoevsky in its series of the 100 best books of all time: ‘Crime and Punishment’, ‘The Idiot’, ‘Demons’, ‘The Brothers Karamazov’.

In Russia, every school student gets to know Dostoevsky through his signature ‘Crime and Punishment’. It’s a story of a student who decided to find out what he’s capable of and who kills an old woman, a pawnbroker. German TV channel ZDF and British newspaper The Guardian included this novel in their list of the 100 best books of all time; the BBC also included it in its top 200 list. 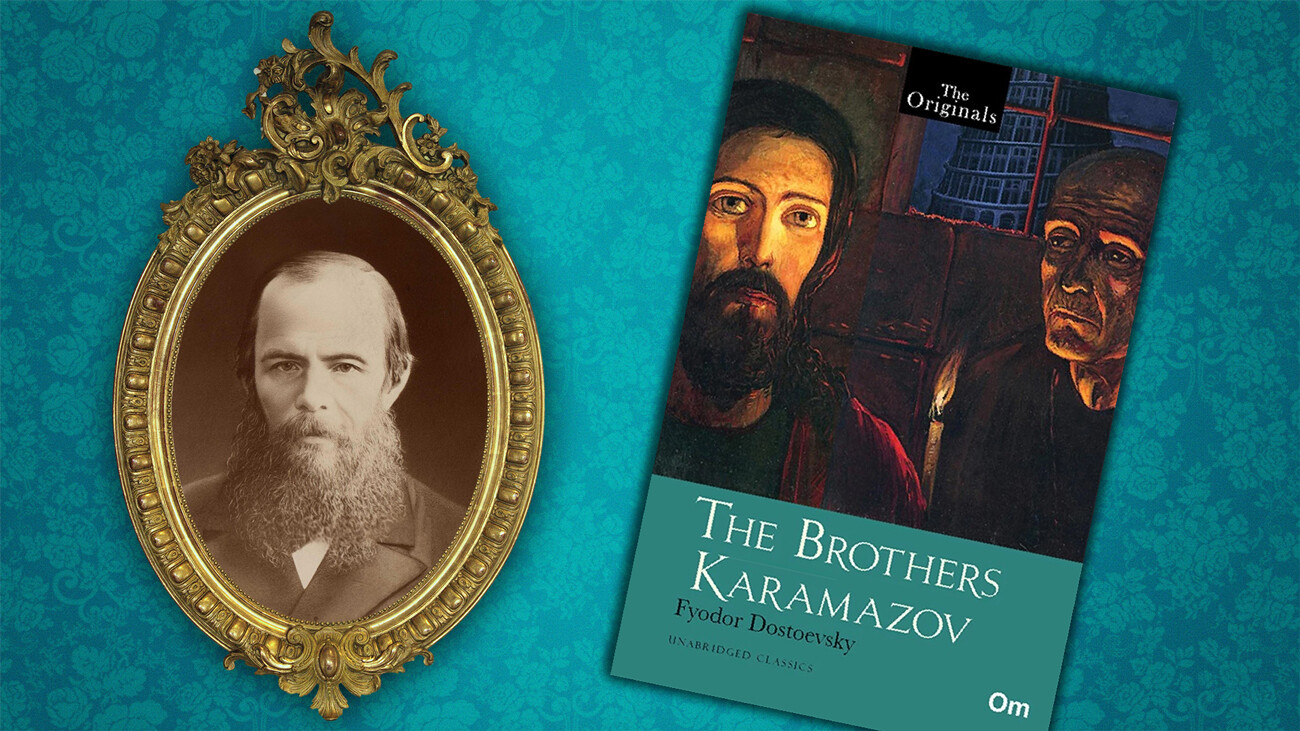 The basis of this novel is an intriguing detective plot: one of the sons kills his father… But in reality this novel is about love, the meaning of life and about God.

‘The Brothers Karamazov’ made it to the same ratings as ‘Crime and Punishment’ and also placed 30th on the list of the 100 best-selling fiction books on Amazon Japan. Aside from that, Japanese magazine Kangaeru Hito in its list of 100 foreign novels that you need to read in your lifetime mentions ‘The Brothers Karamazov’ and four more works of Dostoevsky (including ‘The House of the Dead’ and the novel ‘Demons’). 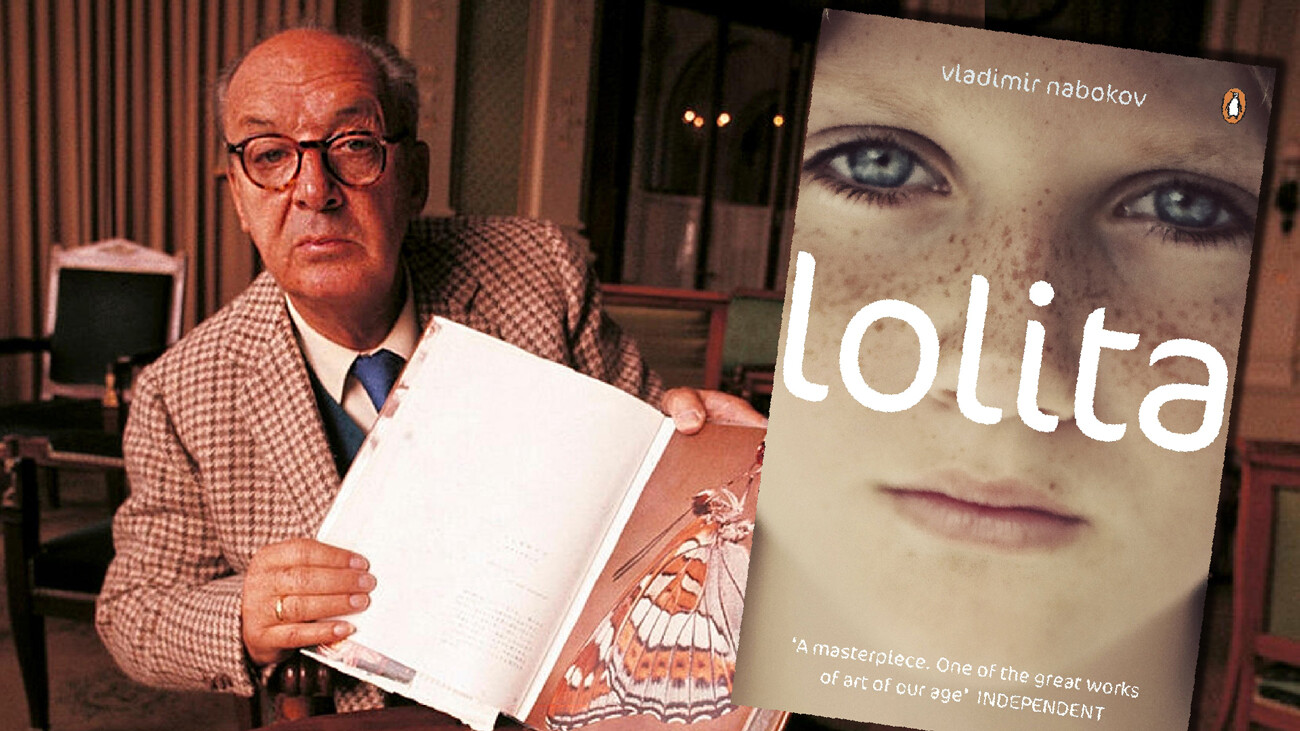 Despite the incredibly sensitive (even delicate) concept of this novel, the scandalous book of Nabokov about pedophile Humbert who became fascinated with his nymphet stepdaughter, regularly makes it onto almost all ratings of the best books of all time. The novel was written in English, but it was translated into Russian 10 years later by the author himself.

Japanese newspaper Yomiuri also included Nabokov with his ‘Lolita’ in its rating of 60 great authors of world literature, while Japanese magazine Kangaeru Hito offered it on its list of 100 foreign books that you should read in your lifetime. 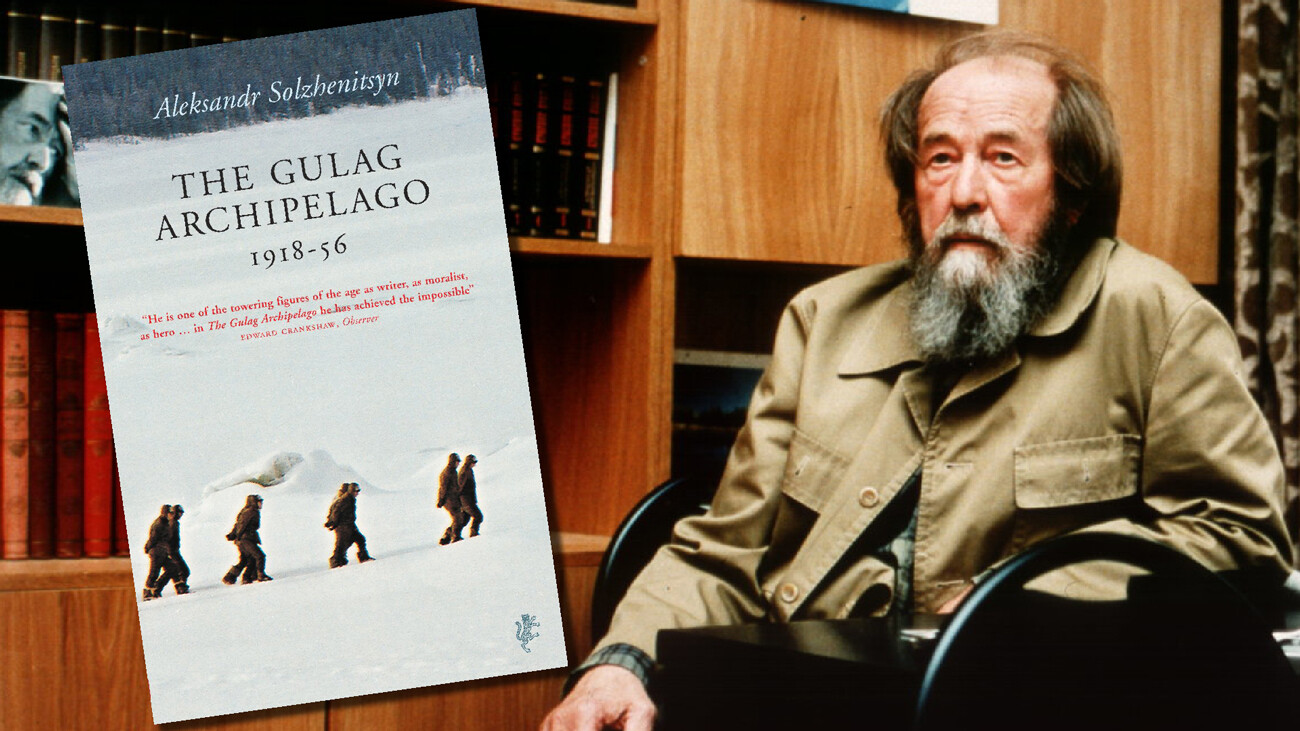 In the USSR, the work of Solzhenitsyn was banned and published for the first time only in 1990 (in France, the book came out back in 1973). Solzhenitsyn’s short novel ‘One Day in the Life of Ivan Denisovich’, published in 1962, became the first Soviet work of literature published about the Gulag system. It made a splash not only in Soviet society, but across the entire world. However, the large-scale literary investigation into the Soviet prison camp system (from 1918 to 1956) that Solzhenitsyn was writing for 10 years was banned in the USSR for a long time. Published first in 1973 in France, the book reached Soviet readers only in 1990. The phrase “the Gulag Archipelago” itself became a household name.