How common is it for women to be senior managers in Russia? 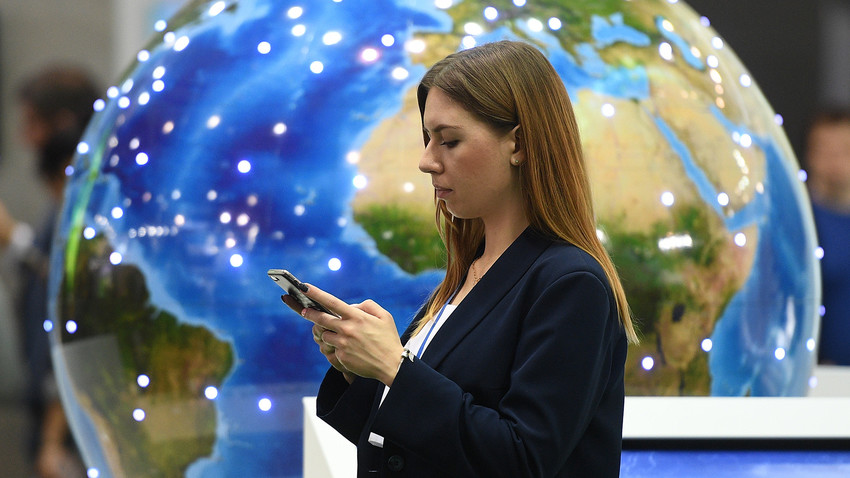 Vladimir Astapkovich/Sputnik
According to popular perception, Russia is a patriarchal country where feminism has a long way to go. Social research, however, makes it very clear that the country is among the global leaders in the number of women in senior management positions. How did this happen?

One recent study in March by Grant Thornton, an audit, tax and advisory firm, states that Russia is a global leader in terms of gender diversity in senior management. A huge majority of Russian companies – 91 percent – have at least one woman in senior management, a figure that’s higher than in Great Britain (75 percent), France (79 percent) and the U.S. (81 percent).

That’s not all. Last year, the same study also showed that Russia has the highest proportion of senior positions held by women – 47 percent – followed by Indonesia (46 percent) and Estonia (40 percent).

How is this possible and what does it look like in practice?

“There are many female entrepreneurs in Russia,” said Dmitry Kibkalo, founder of Mosigra, the international chain of board game shops. “I think women and men get along well both in business and in life. At school, and then at Moscow State University’s Faculty of Mechanics and Mathematics where I studied, we had girls that outsmarted us, men. And in business, of course, there are also such women.”

In his company, two out of four department heads are women and, as he says, they enjoy these positions thanks to their professional qualities and ability to make managerial decisions. 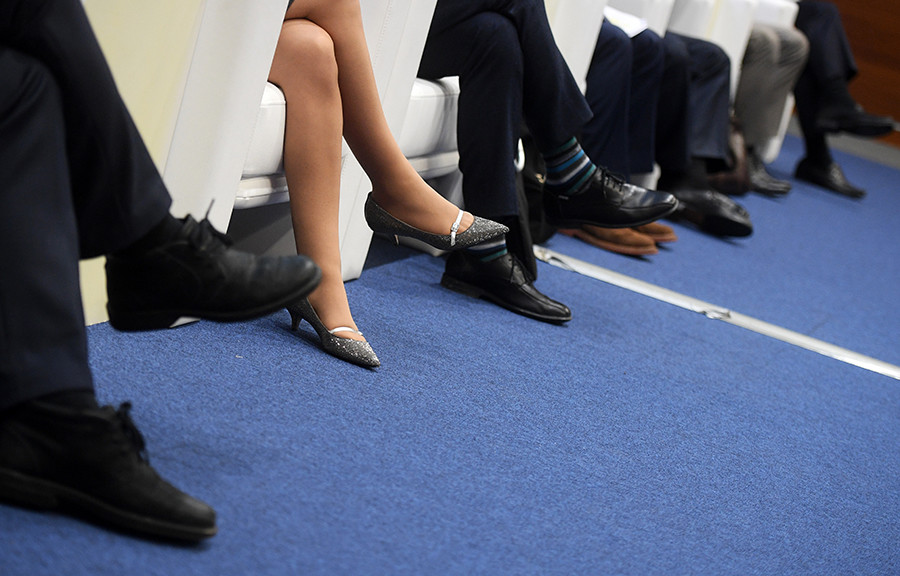 Anna Tsfasman is a successful businesswoman, founder and general director of Double B, an international coffee shop chain, and she confirms that there are many women among senior managers. “The ratio is around 50/50, but a lot really depends on the sector because this can vary in male-dominated sectors such as mechanical engineering and heavy industry,” she told Russia Beyond.

Historically, there have been a number of traditionally ‘male’ and ‘female’ professions, and in large part this holds true today. According to Hays recruitment agency (link in Russian), sectors such as construction, IT, energy, heavy industry and engineering, security and defense, metallurgy, surgery, seafaring and mining are predominantly male. The largely female sectors include human resources, statistics, accounting, education, sales, communications, art, psychology and media.

“In the catering sector, where I have my coffee shop chain, there’s no visible gender differentiation,” said Tsfasman. “Women are good managers, while men are good with ideas; in catering it’s common for women to deal with operations and for men to develop and launch new projects.” 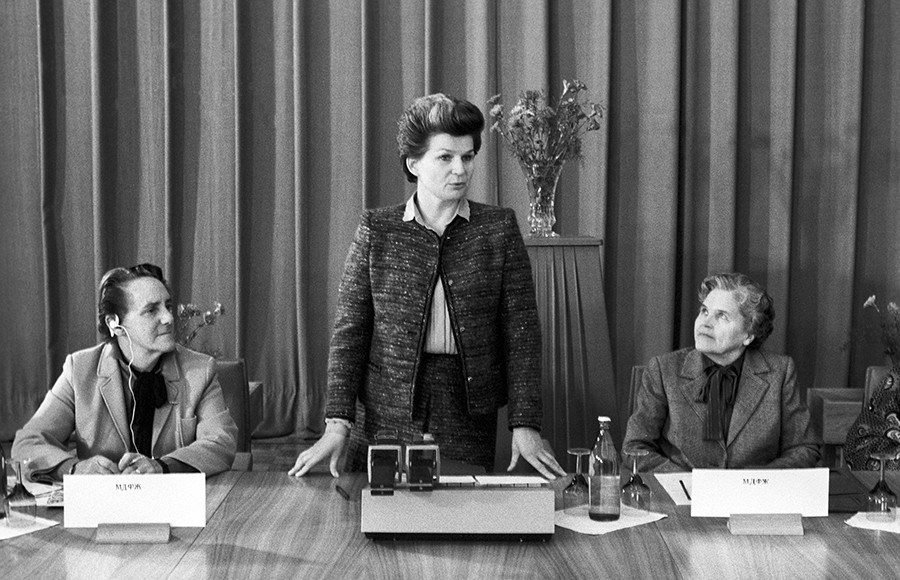 The first woman in space Valentina Tereshkova (center) was a role model for many Soviet women. She served as chair of the Committee of Soviet Women and a member of the Central Committee of the Communist Party.

According to Maxim Artemyev, historian and journalist at Forbes Russia, (link in Russian) the reasons for such gender diversity in senior management can be tied to historical, social and demographic conditions and traditions. In the Soviet period, women often worked in sectors considered less prestigious than engineering. For example, they found jobs in finance, law, medicine and education; thus, professions such as doctor, judge and teacher were traditionally female. The situation changed after Perestroika when professions such as accountant and economist suddenly came to the fore and paved the way for many women to take senior corporate positions.

After the collapse of the Soviet Union in 1991, women often led the way adapting to the new economic environment. “They sold goods in markets and opened small businesses,” writes Artemyev.

There’s also a certain stereotype that women tend to be more loyal and less prone to corruption, so male CEOs hire them more readily as deputy directors. In official state positions women are well represented. According to the most recent data from Russia’s State Statistics Service, as much as 70 percent of state officials in 2011 were women, and it’s unlikely the situation has changed much since then. (link in Russian)

Not all women reach top managerial positions, however. According to Hays ((link in Russian), women fill only 18 percent of the very top positions. While not ideal, this is still higher than the global average (14 percent).

Research by a Russian recruitment agency, Agentstvo Kontakt, points (link in Russian) to a similar figure: only 23 percent of CEOs are women, as opposed to 77 percent that are run by men. This leads to another fact – while there are many female senior managers, they don’t always reach the top and many often stay in middle management positions.

Barriers to moving up the career ladder 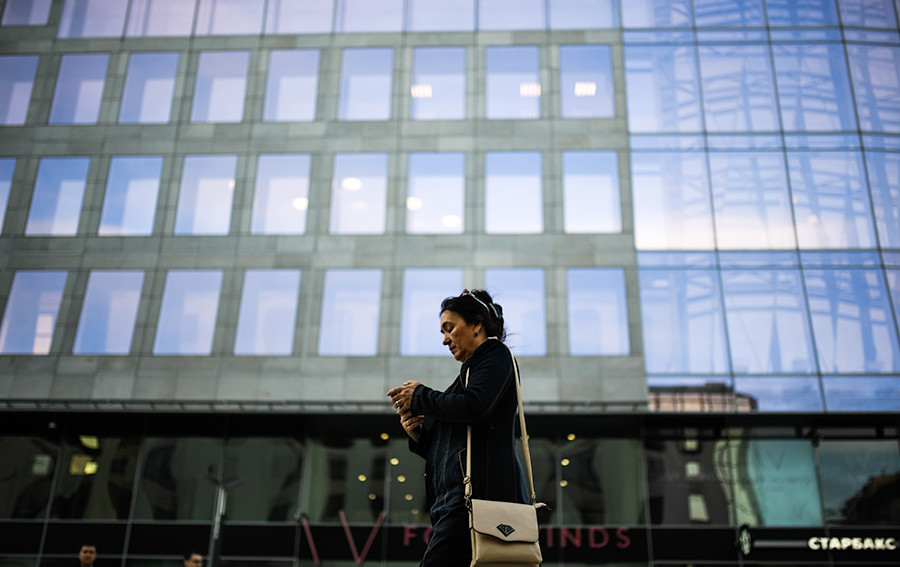 The Hays poll among Russian management showed (link in Russian) that the most common obstacles hindering female career advancement are informal stereotypes about ‘male’ professions (59 percent), forced breaks in their career such as maternity leave (57 percent), and the difficulty of balancing family and career (52 percent). In addition, 65 percent of women argue that their salary is not equal to that of men.

Top management gender diversity isn’t as common a problem in Russia as in the West, says Tsfasman. “Russian women are traditionally strong, and except for certain sectors, they occupy senior positions. That’s why we can’t say we have to overcome skepticism or face a situation when someone won’t let you do something simply because you’re a woman,” she argues. “Such problems arise in Russia much less than in the West. Here, it’s very common for a woman to head both a family and a business.“

Russia also ranks high according the number of women working in science. Read here what some have to say about their work and attitudes toward them.