Where to stay in Russia to boost your Russian? 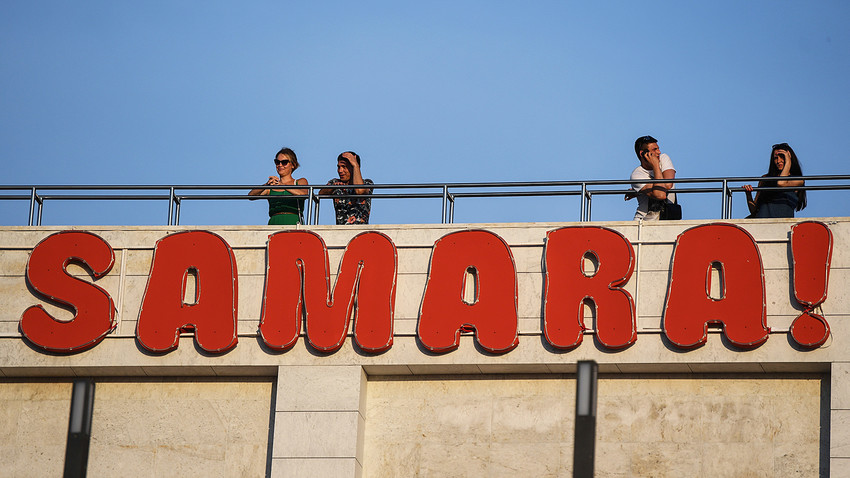 Kirill Kukhmar/TASS
What is the best way to start speaking Russian? Move somewhere where no one speaks any other language, of course!

Now that people in Moscow and St. Petersburg are increasingly getting a hang of English (thanks to international events, such as the World Cup in 2018) and are far more inclined to practice their newly found English skills whenever they see a foreigner, Russian-learners are finding it harder and harder to master their Russian language skills in these metropolitan cities.

Even expats themselves admit that the surest way these days to start speaking Russian properly is to stay a few months in some other Russian location. Vincenzo Trani, the founder of the microfinance firm Mikro Kapital and the president of the Italian-Russian Chamber of Commerce, lived in Russia’s Samara for some time during the 2000s. “There, I had to learn Russian. No one spoke English, never mind Italian,” he recalls. “So we always send our trainees to some regional branch to study Russian for a couple of months. Learning Russian in Moscow or St. Petersburg is much more difficult.”

To help you find the most suitable location, we’ve come up with a short list of places to consider visiting on your Russian-learning journey. From Rostov-on-Don to the afore-mentioned Samara - these cities have both awesome sights to see and excellent language schools to consider applying for - in case you’ll need extra help! 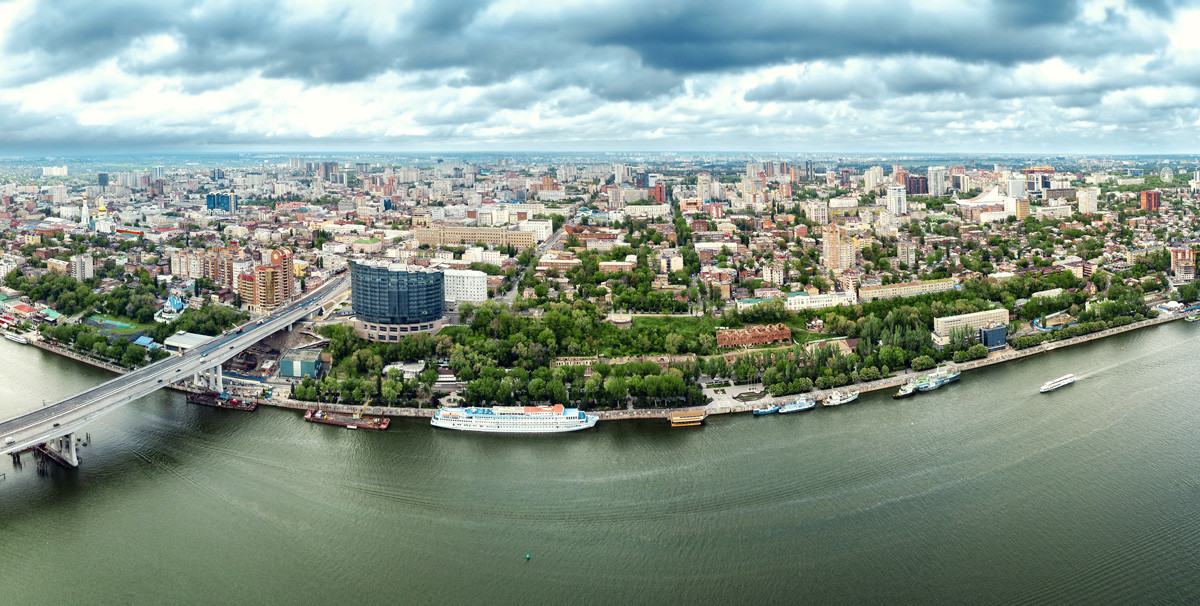 Rostov-on-Don (959 km south of Moscow) is a modern city with its own unique atmosphere. Founded in 1749 as a fortress to protect the Russian Empire’s southern borders from invasions by Crimean Tatars and Turks, the city is a homeland to the Russian Cossacks. Everything here reminds of their culture - from the new airport, which is named after Ataman Matvey Platov, to the local restaurants, which are built in the style of traditional Cossack houses. The picturesque nature of southern Russia and the fiery temperament of freedom-loving Cossacks made Rostov-on-Don and its surrounding areas extremely enticing. Plus, it was one of Russia’s World Cup host cities! 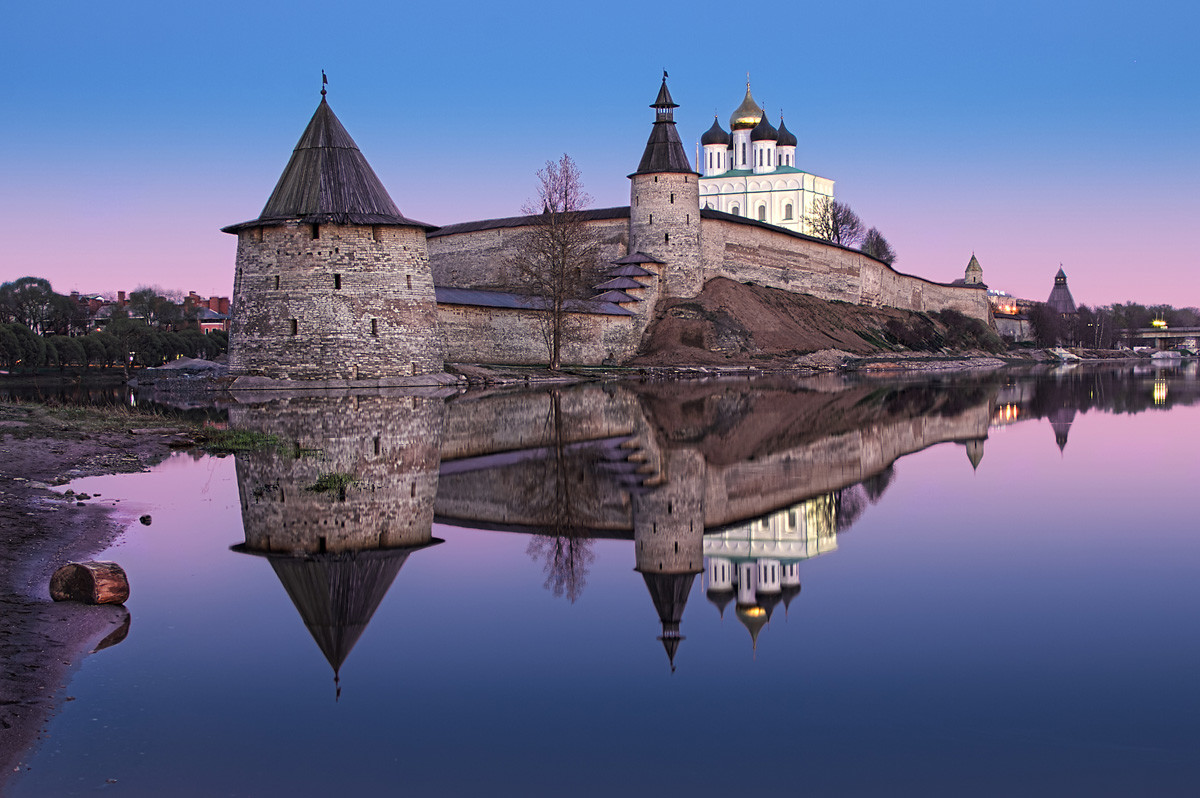 One of Russia’s most ancient settlements, Pskov was mentioned by some historical sources as early as 903. Located in the west of Russia (610 km from Moscow), it’s known for its medieval fortress, or krom, rising above the river, called Velikaya ("great" in Russian). Pskov also boasts unique medieval architecture, which quite recently was recognized by UNESCO and included in its World Heritage List. If you’d like to not only boost your Russian skills, but also immerse yourself in Russian culture surrounded by picturesque scenery, this is the place for you! 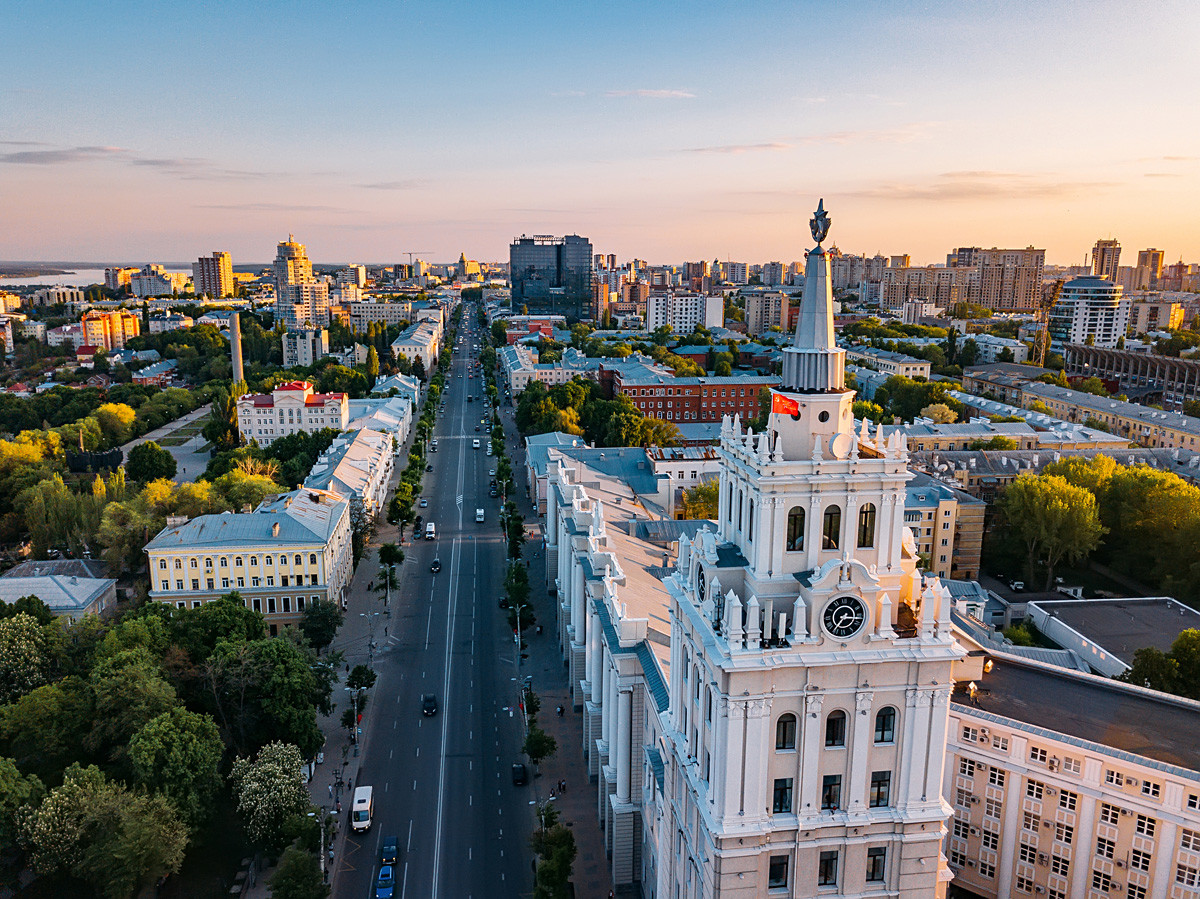 One of Russia’s most underrated cities, Voronezh (467 km south of Moscow) has many things to offer -  from the first Russian warship, built by Peter the Great, to modern theaters and parks. Formerly a rural city, it’s now a thriving economic center with vibrant nightlife, restaurants, and shopping malls. The climate is softer and milder than in the Russian capital, so if you’re afraid of winter snows, this might be a good place for you. By the way, it also has its own “sea” - Europe’s largest reservoir within city borders! 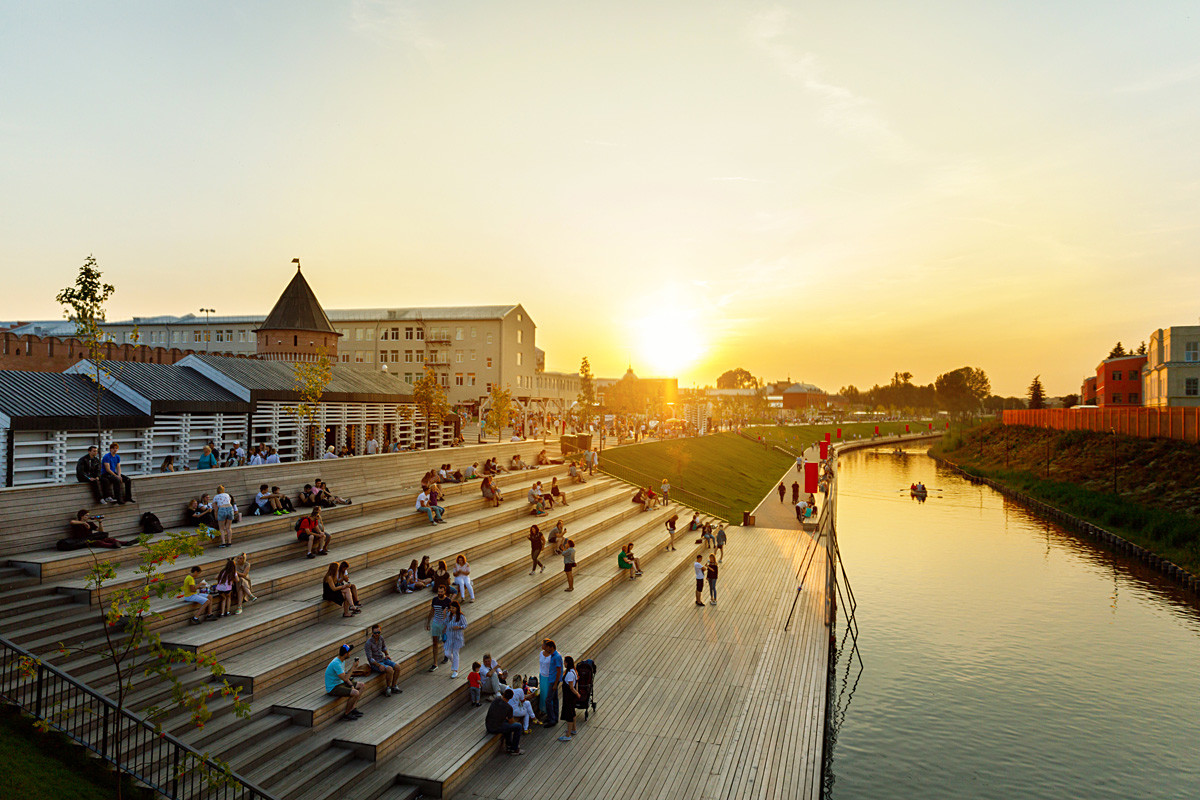 Just a two-hour ride away from the Russian capital, Tula is associated with many things - mainly, gingerbread, samovars (famous Russian metal tea pots), author Leo Tolstoy, and guns. Since the late 16th century, this city has been the center of Russian weapons manufacturing, but now it’s being renovated with new creative clusters, cafes and bars appearing all over the city. Just a year ago, its embankment by the kremlin received a makeover by Moscow architectural bureau Wowhauz and now it resembles the capital’s awesome Zaryadye Park!

Another warm city in Russia’s south - Krasnodar has been named among the top Russian cities to live in. According to San Diego-born Laura Pickens, who moved to Krasnodar a while ago, it’s a perfectly safe place to live, with friendly locals, fresh fruits and veggies and a wonderful climate. “I've been fortunate enough to have been able to live in many different cities, and I'm positive my place is here in Krasnodar,” she says. The city’s got museums, historical monuments, cathedrals, and even a brand-new park. Simply seeing this huge 22-hectare space with 30 thematic zones is worth a visit to the city. 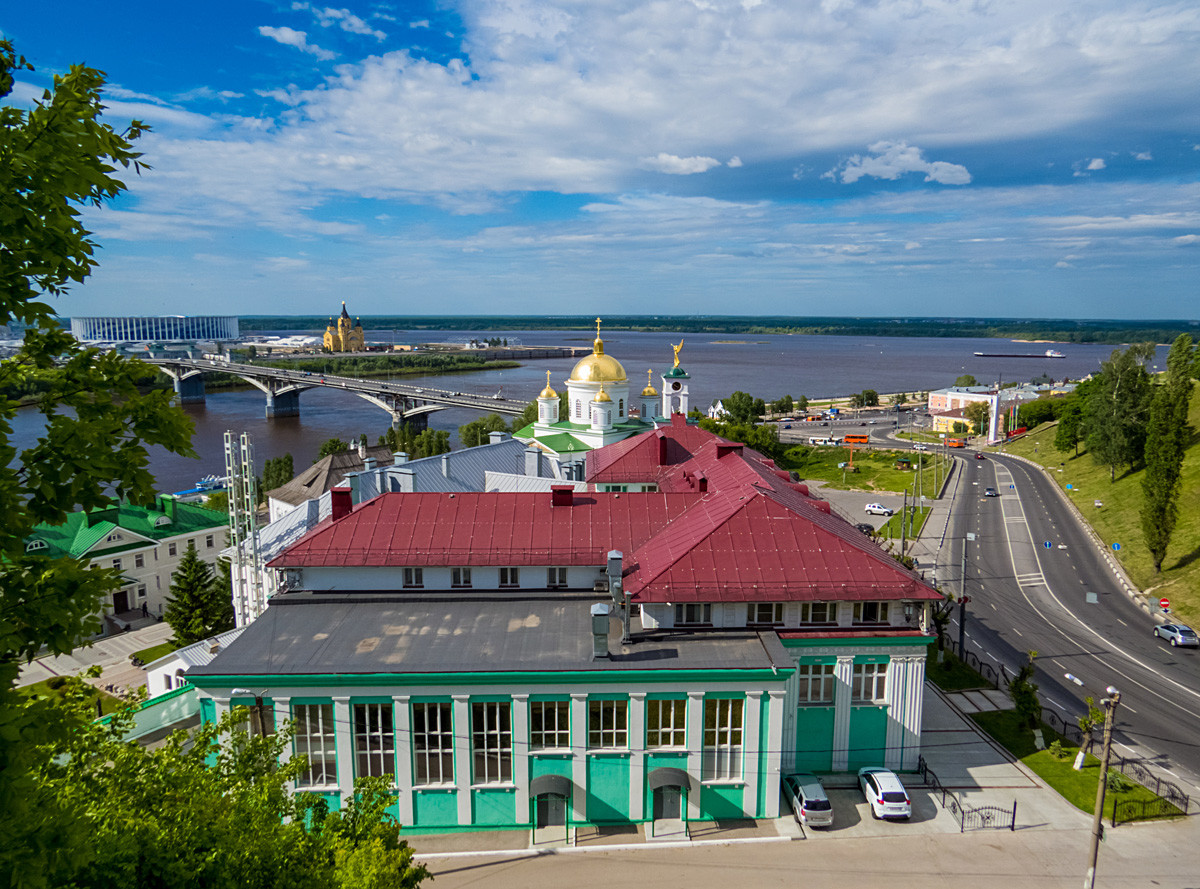 Located 420 km east of Moscow, Nizhny Novgorod is a historic yet vibrant city, where a foreigner won’t regret staying at. The kremlin, monuments, museums, and wooden houses stand here adjacent to trendy bars and contemporary buildings. Those who’ve stayed here admit that the city is very calm, even in the center, and people are very friendly and ready to help. The Verkhne-Volzhskaya (Upper Volga) Embankment is one of the most special landmarks of the city where once can enjoy the stunning beauty of the vast Volga River. 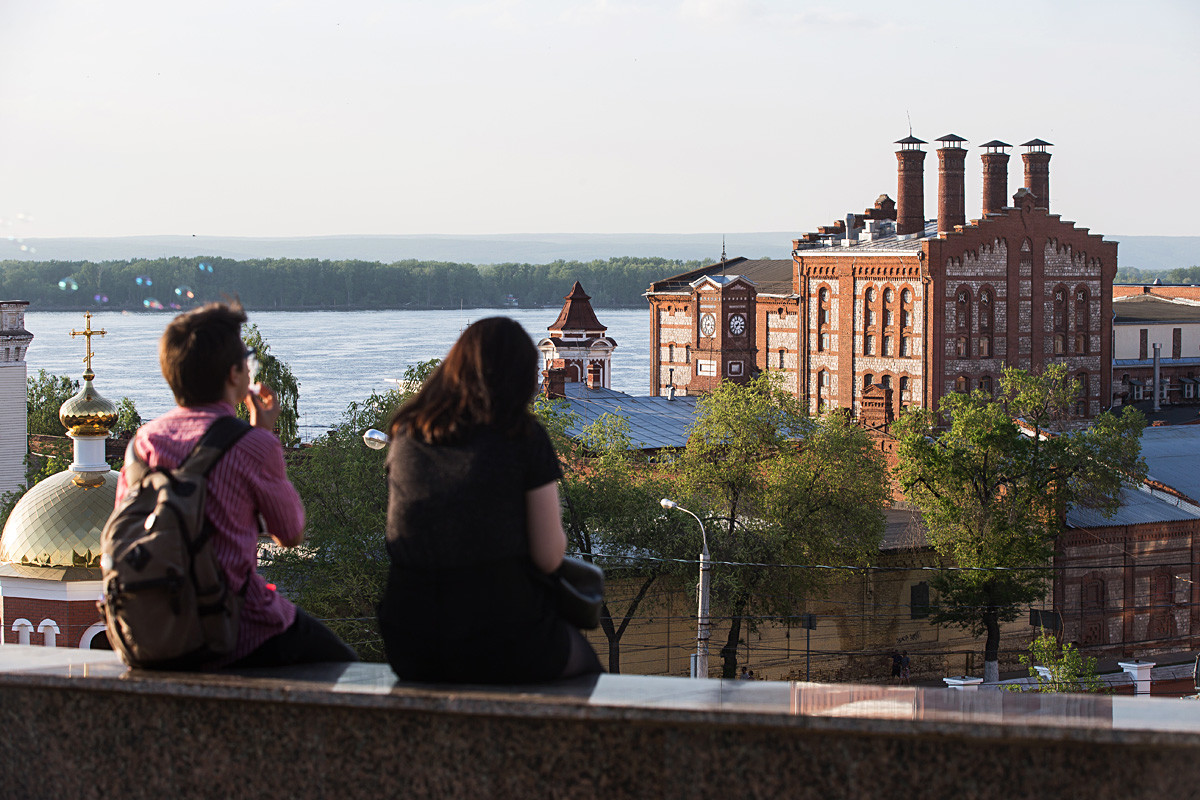 World Cup host city Samara (855 km southeast of Moscow) has one of the longest Volga river embankments (approx. 5 km long), which really is the place to be during summer. Here, one can take a boat trip to the islands scattered across the river or just chill on the beach - whatever suits your fancy. Among other local landmarks are the old Zhigulevskoye beer brewery, Stalin’s bunker and historic mansions of the many wealthy merchants who used to live here. Samara has historically been one of the liveliest trading centers, and interestingly, seems to continue being so. A few years back, the city ranked third among the best shopping destinations in Europe.