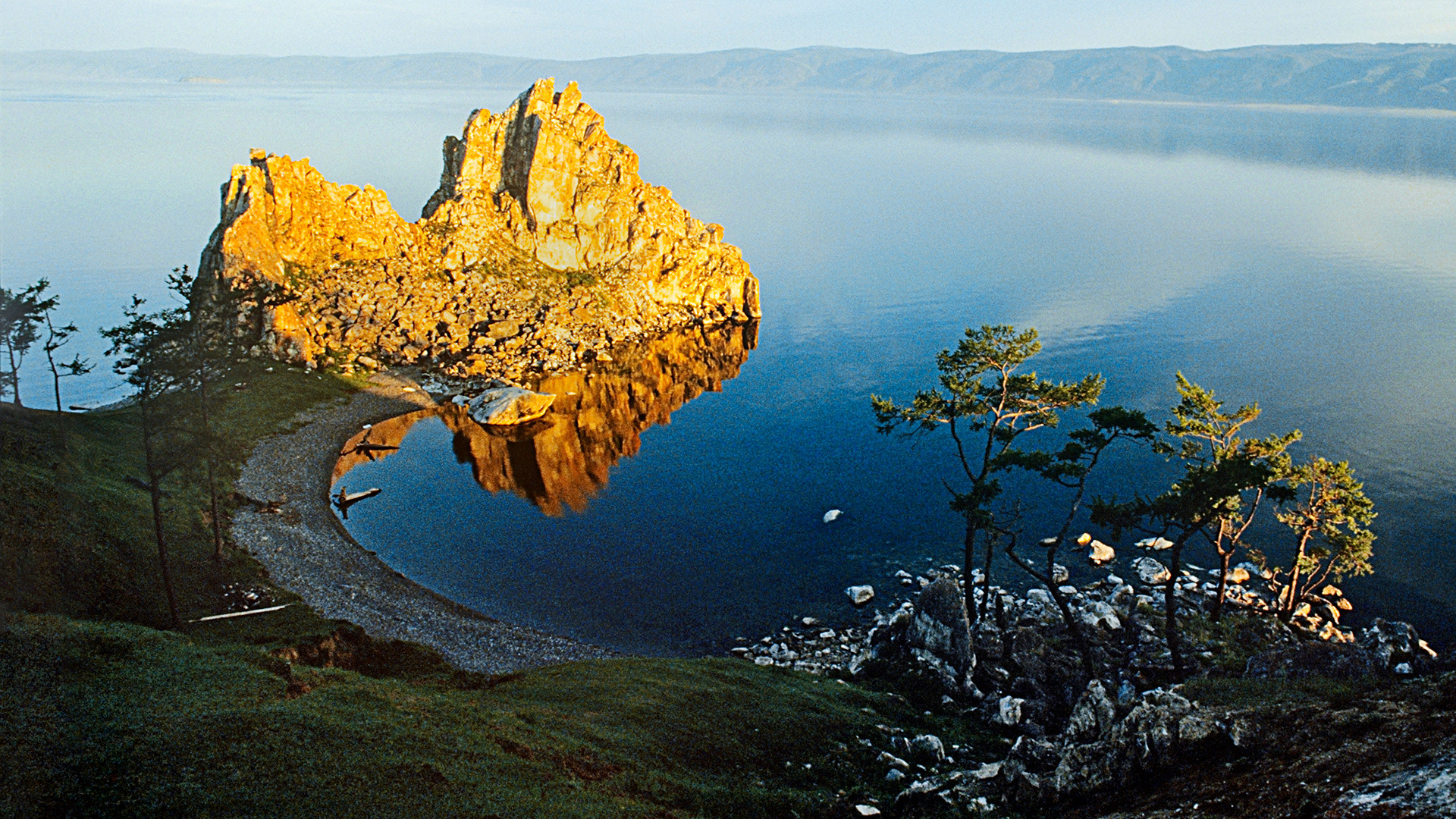 Yuriy Kaver/Sputnik
The world’s deepest lake, comparable in size to Belgium or the Netherlands, is also the planet’s largest freshwater lake and boasts breathtaking scenery.

1. 1900s. Russia’s fleet gets its very first ferry-icebreaker, which was named after the lake: “Baikal.” It cruised around on its waters until 1918. 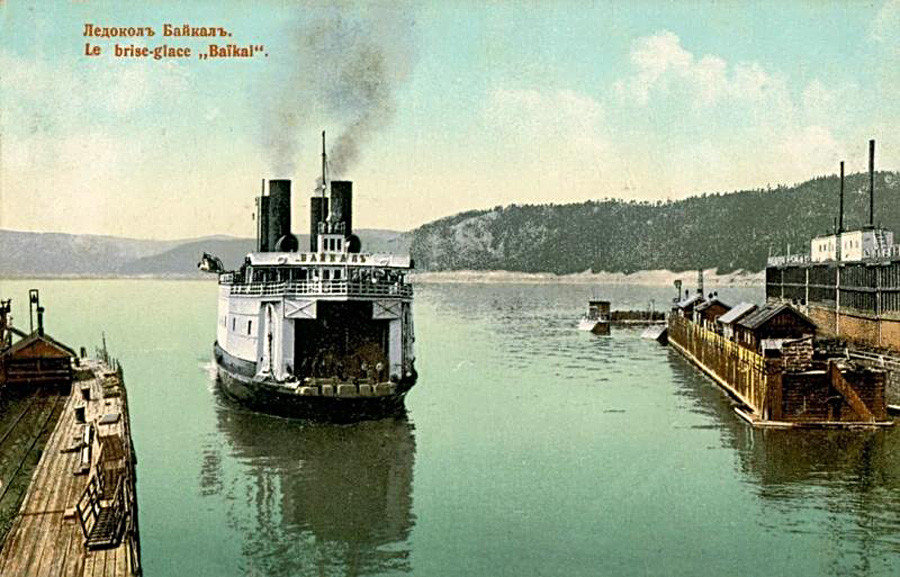 2. 1900. Pictured is the first train to travel along the lake’s shores as part of the Trans-Siberian railroad. Unfortunately, it’s no longer possible to journey so close to the lake while onboard the train, but you can still see Baikal from afar on the route. A section of the Circum-Baikal Railway was flooded to build the Irkutsk hydroelectric power plant. Now it’s a separate road leading to nowhere. 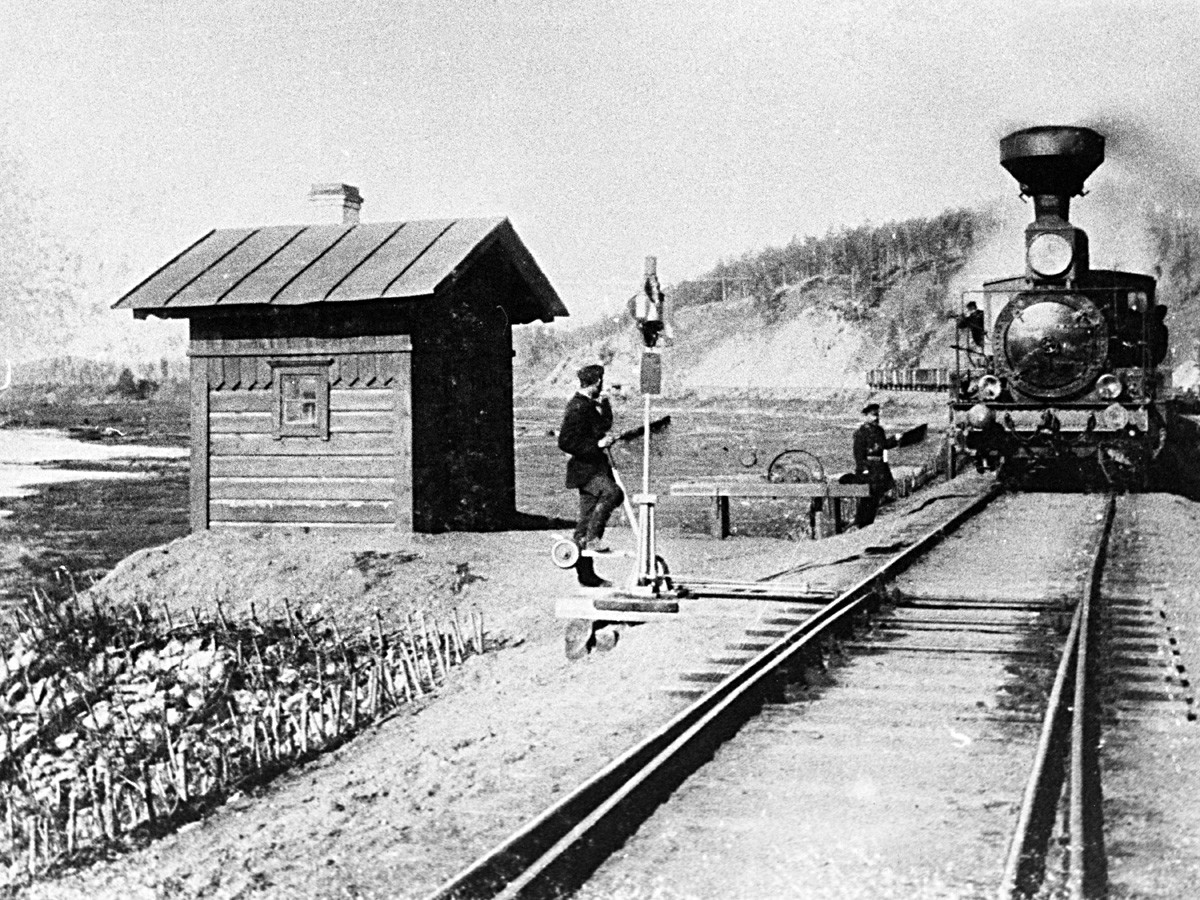 3. 1905. The “Trunk” rock at Shaman’s Foreland. It used to be a popular place of worship and shamanic rituals, now it’s one of Baikal’s lost treasures. The rock was blown up during limestone mining in Soviet times. However, rumor has it that it was, in fact, a deliberate act against occultism. 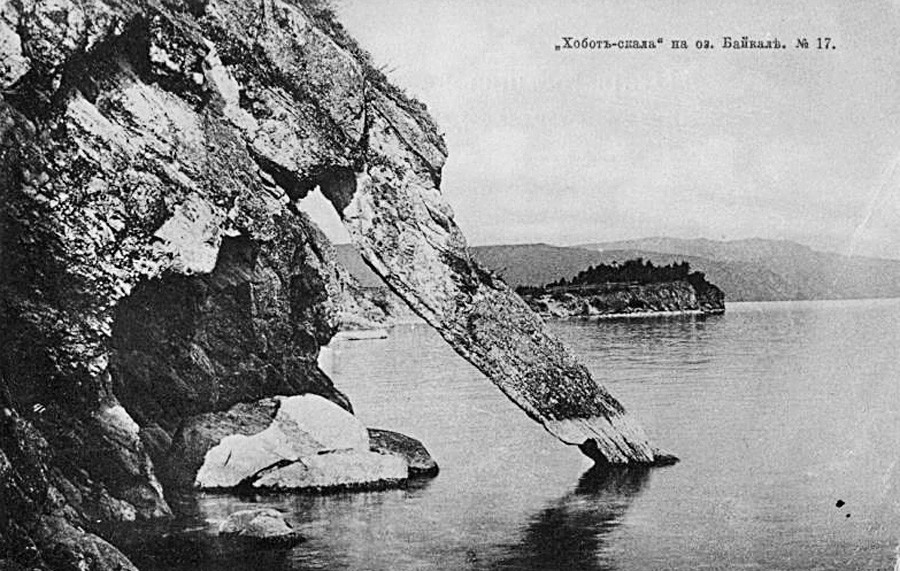 4. 1959. A Baikal sunrise. Despite the area’s popularity and the numerous hotels close to the lake, it’s still possible to enjoy pristine scenes like this. Venturing to some of the more remote locations around Baikal is also pretty easy, where you can soak up the stunning scenery in solitude. 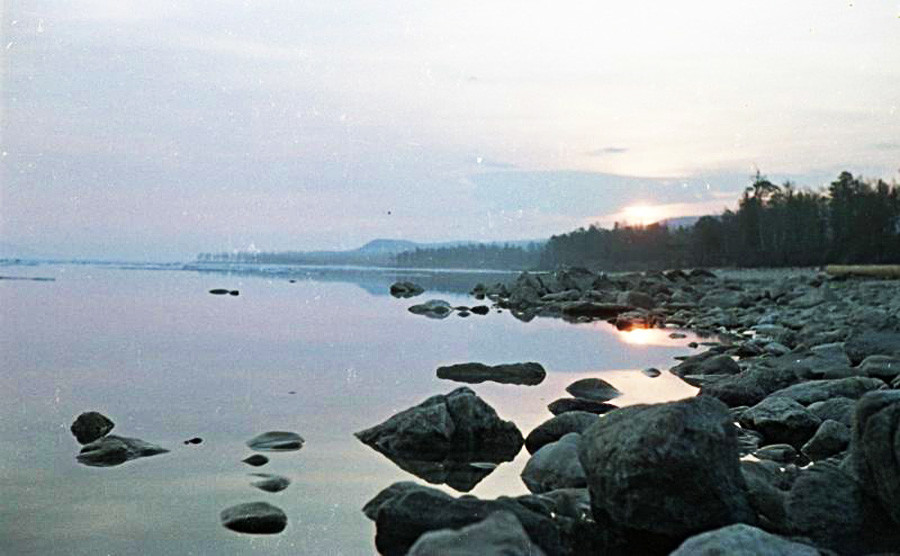 5. 1964. Lake Baikal has a unique climate and even has winds that only sweep across its waters. Winters here are not as harsh as they are in central Siberia, while summers are not unbearably hot. The water is rather cold though and the only time you can really swim without getting the shivers in is August. 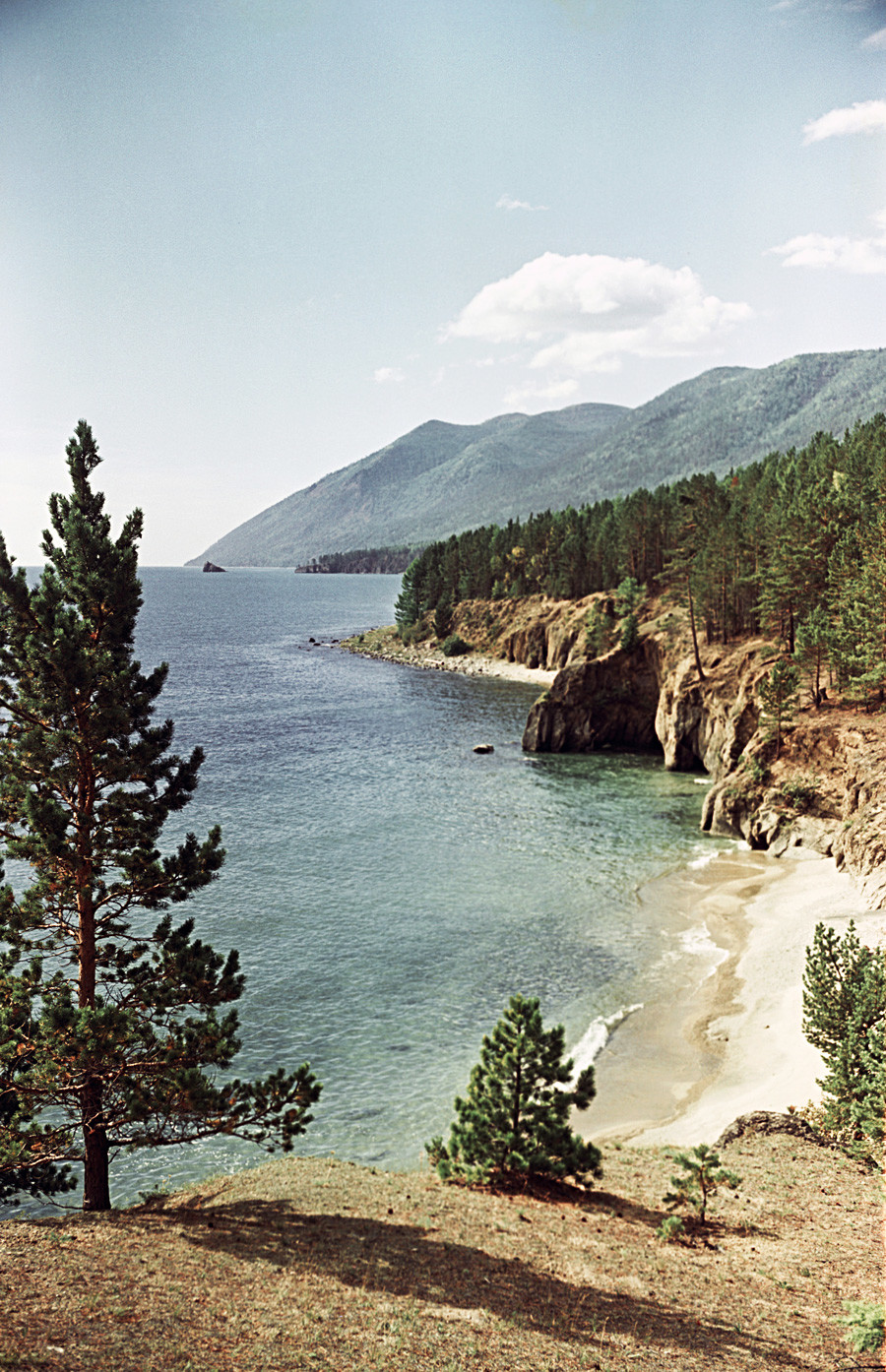 6. 1966. The village of Listvenichnoye (now Listvyanka) is the closest settlement to the lake. In 1725 a man called Nikola Kislitsyn decided to spend the winter on Baikal’s shore. Later, several houses were built on the same spot. 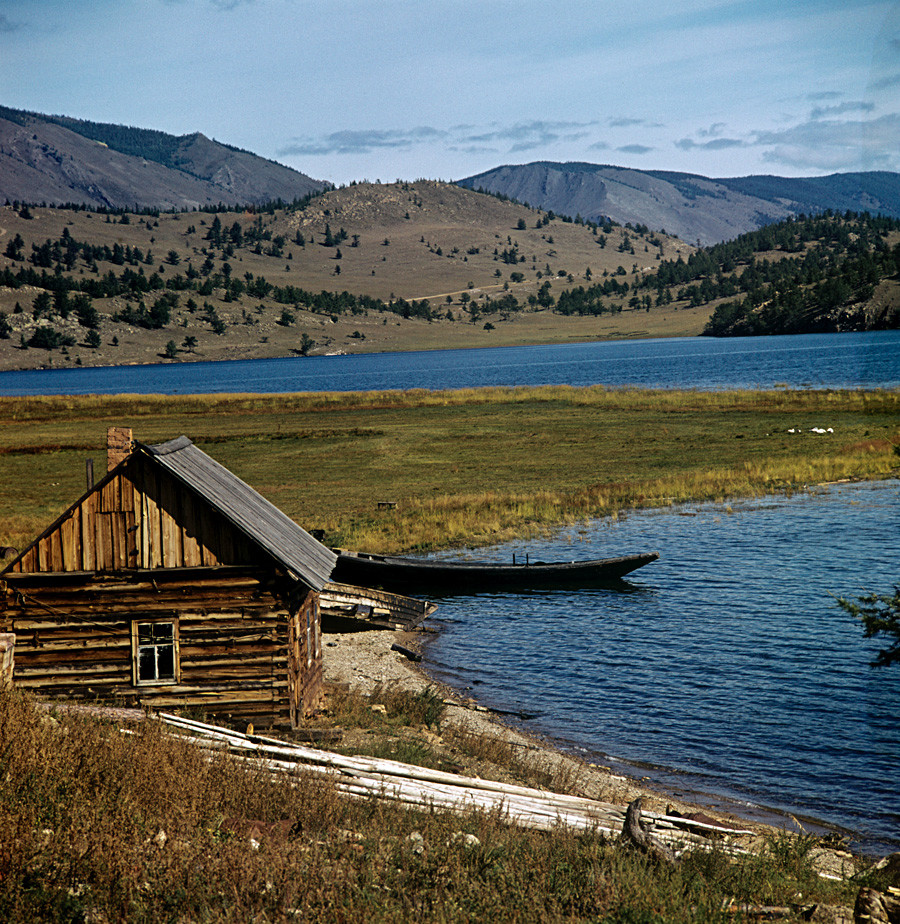 7. 1969. Summer boating on Baikal. There are many activities tourists can enjoy on  the lake. Hiking, rock climbing, caving, horse riding, kayaking, fishing, and helicopter rides - plus other cool stuff.

Read our article about how to spend a weekend in Irkutsk (the closest big city) while also visiting Baikal. 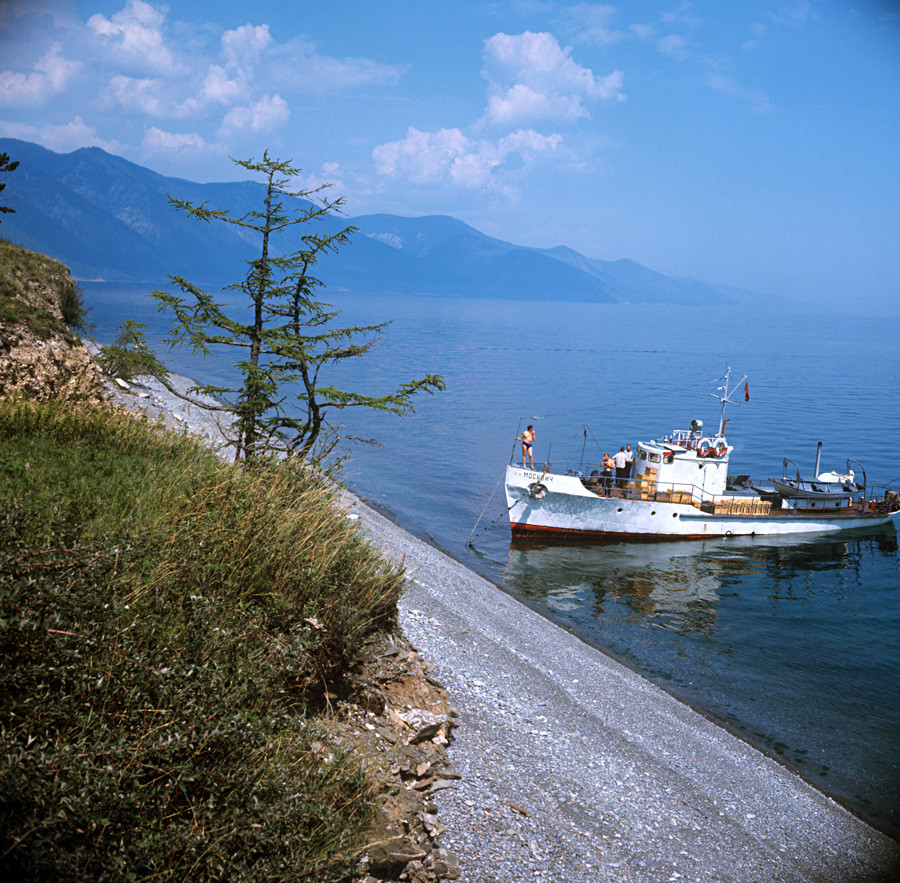 8. 1970. Children on the banks of Baikal in winter. The lake is about 636 km long and is situated right between two Russian regions: the Irkutsk region and the Republic of Buryatia (capital city: Ulan-Ude). 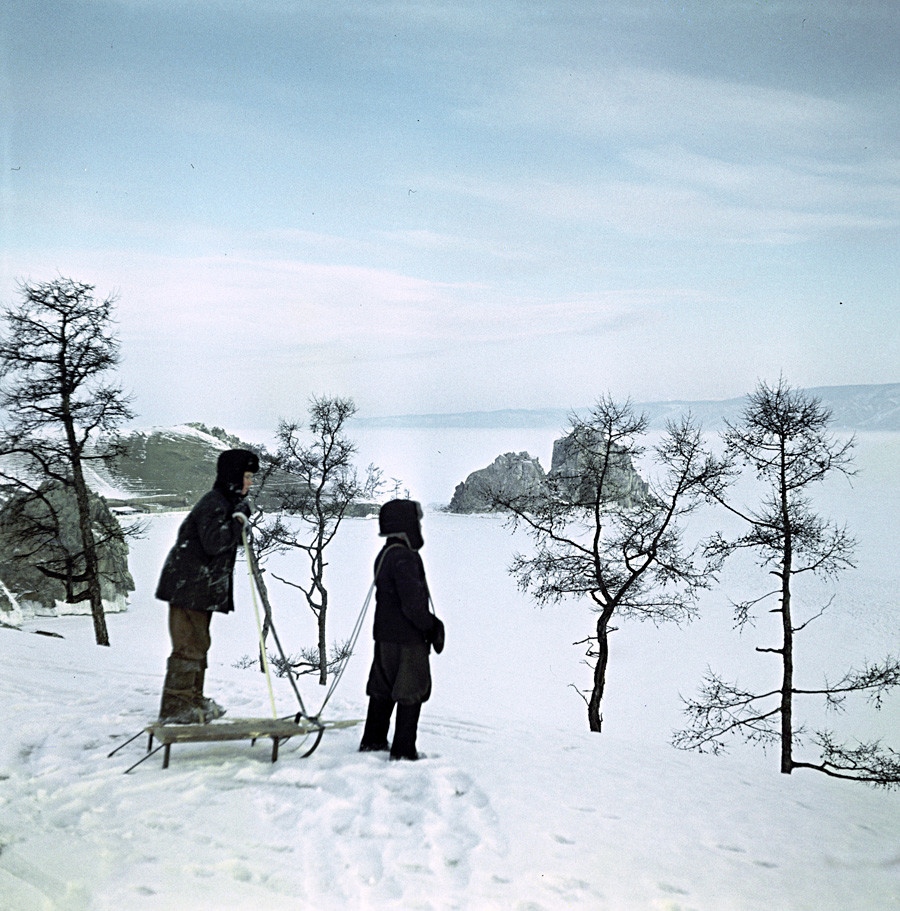 9. 1982. The Baikal seal, or , is the symbol of the lake. Aren’t they cute? Besides , there are about 2,600 animal species native to Baikal! Try the local delicacy, Baikal omul fish. 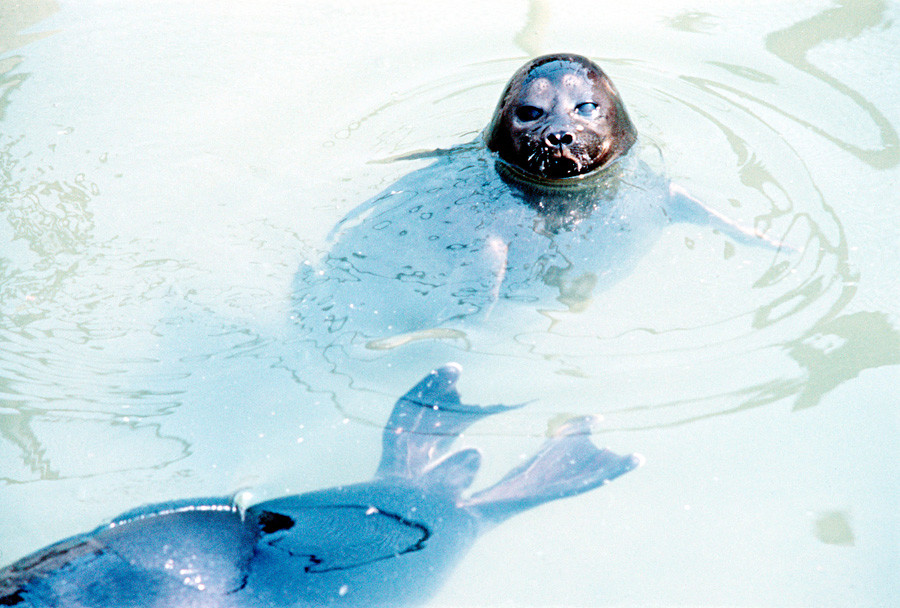 10. 1983. Geologists still argue about Baikal's origin. However, they agree that the lake is about 25 million-years-old. The first Russian to discover the lake was cossack Kurbat Ivanov in 1643. 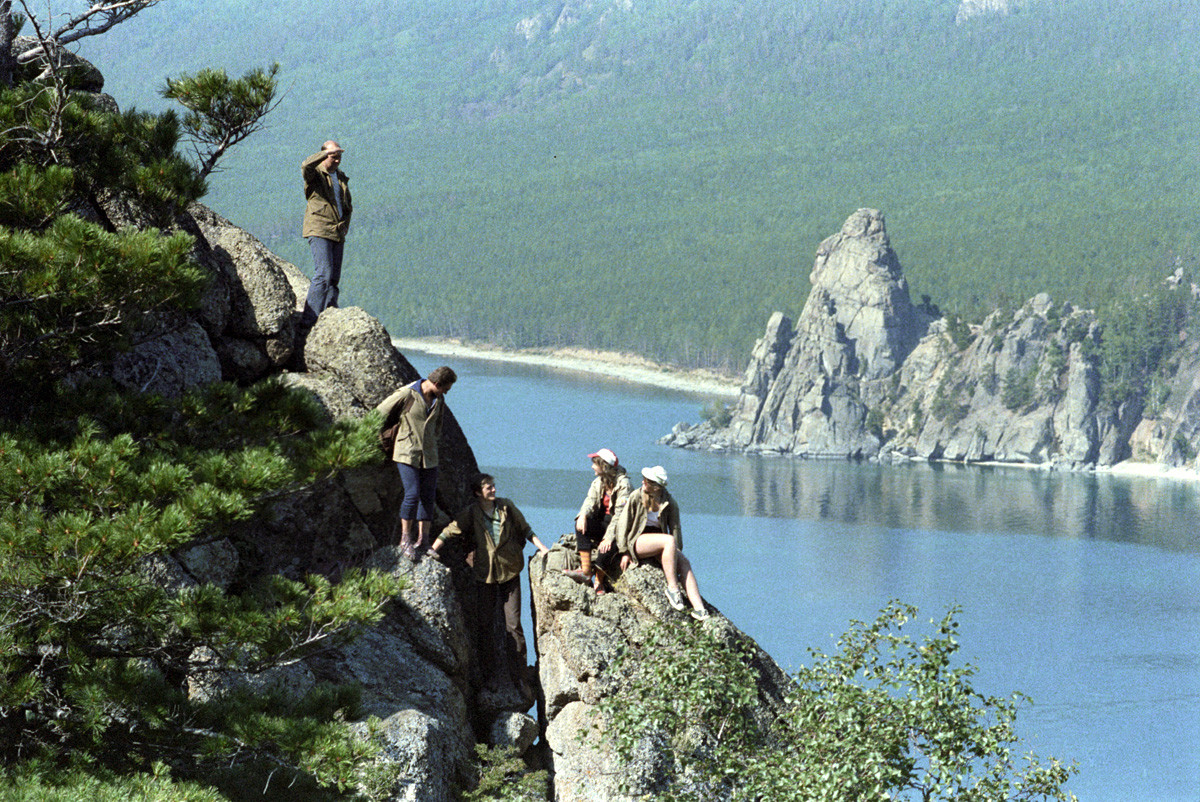 11. 1989. Another mysterious place - Shaman Rock on Olkhon Island in the middle of the lake. There’s a beautiful legend about this stone. A local strongman called (surprise!) Baikal had a daughter, Angara, also the name of the river which flows from the lake. fell in love with the young Yenisei and fled her house. is also the name of the river the Angara merges with. After finding out his daughter escaped, the enraged Shaman Rock at her. 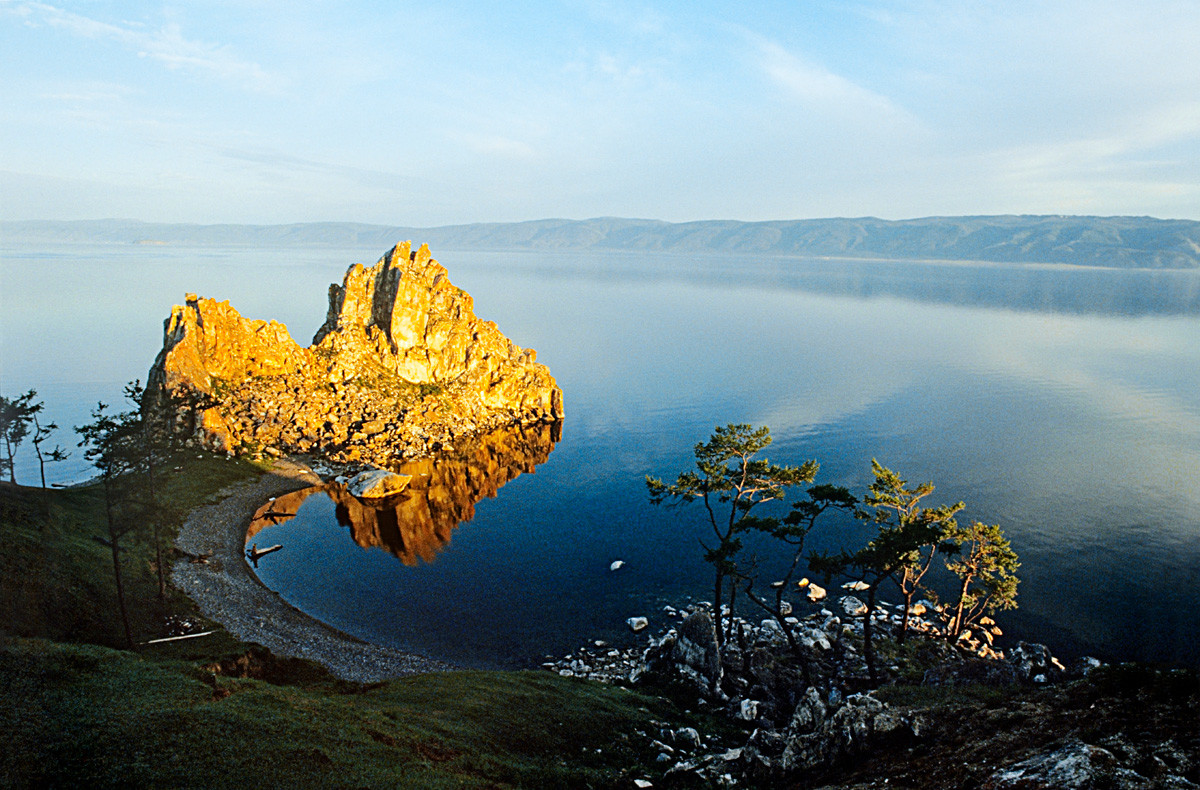 12. 1990. When the whole lake is frozen over in winter people play hockey, skate, and ski on the surface. At the end of every they also organize a marathon on the lake. 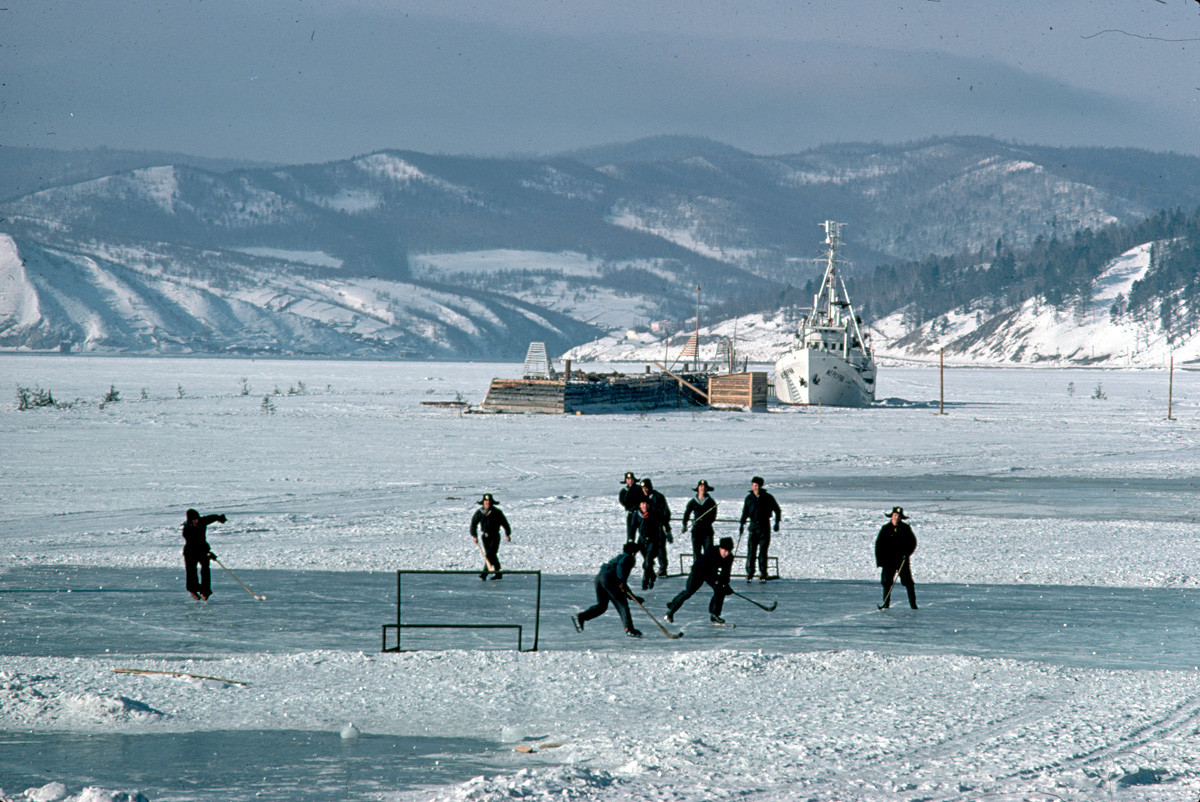