10 photos of 'Russian-style' shopping in the early 90s 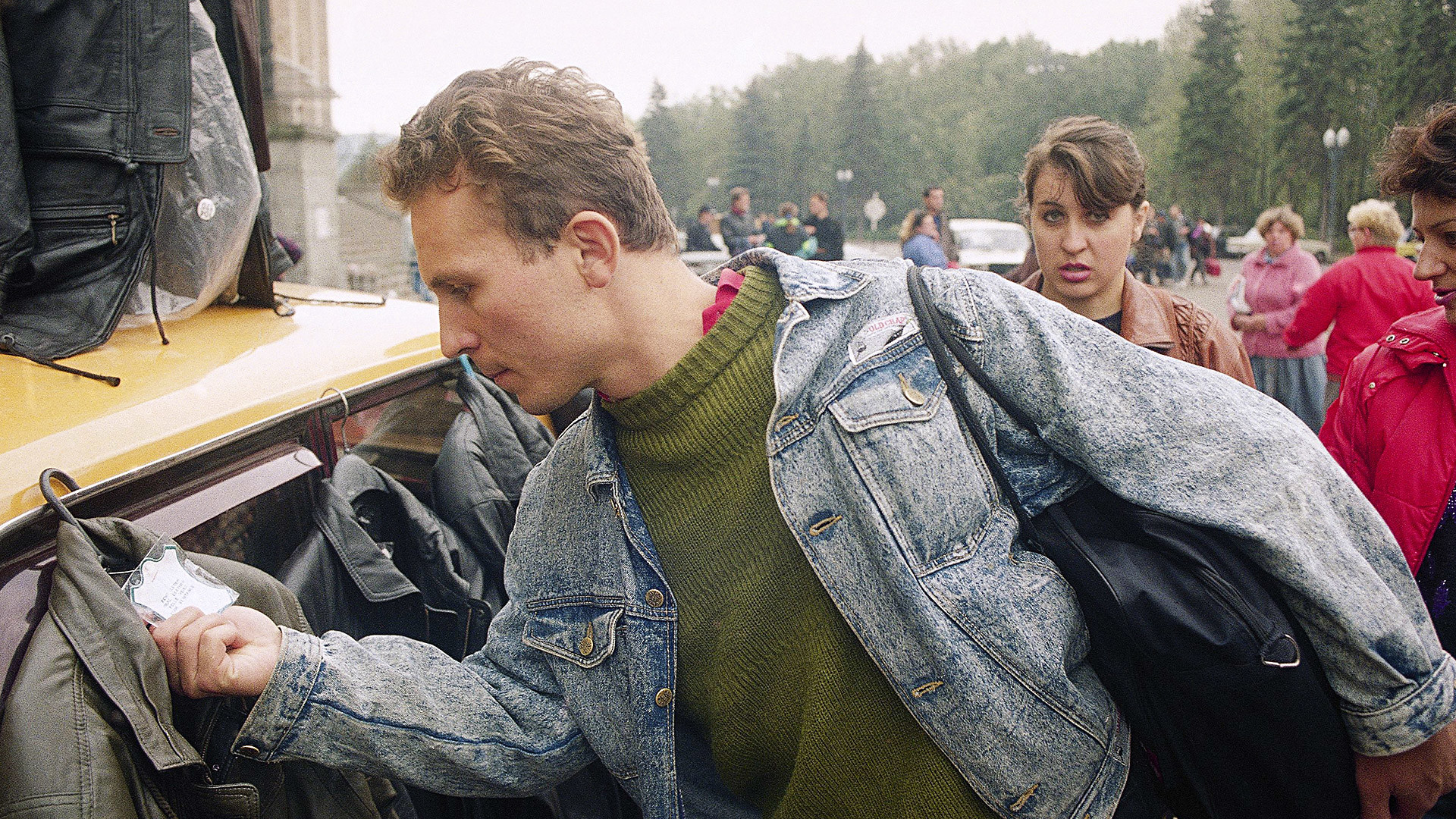 AP
The fall of the Soviet Union opened a whole new world of free trade for Russians. Street markets and pop-up stalls, foreign brands and counterfeit items, currency speculators and shuttle traders - all these defined the unique atmosphere of daily shopping and trade in 1990s Russia.

As capitalism found its way to a newly formed state of Russia, people in the country joined in the free market economy, getting access to all sorts of foreign goods they couldn’t previously imagine. 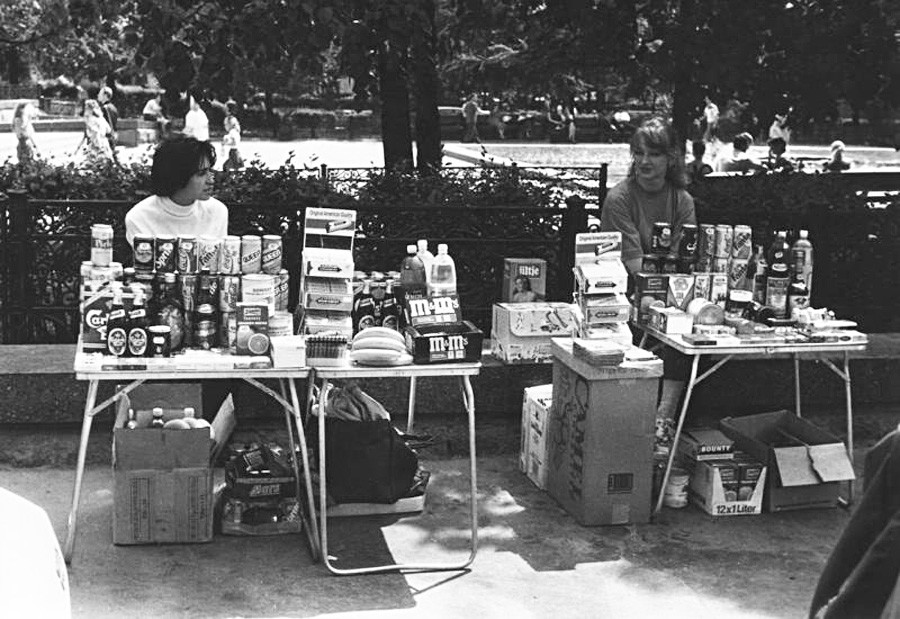 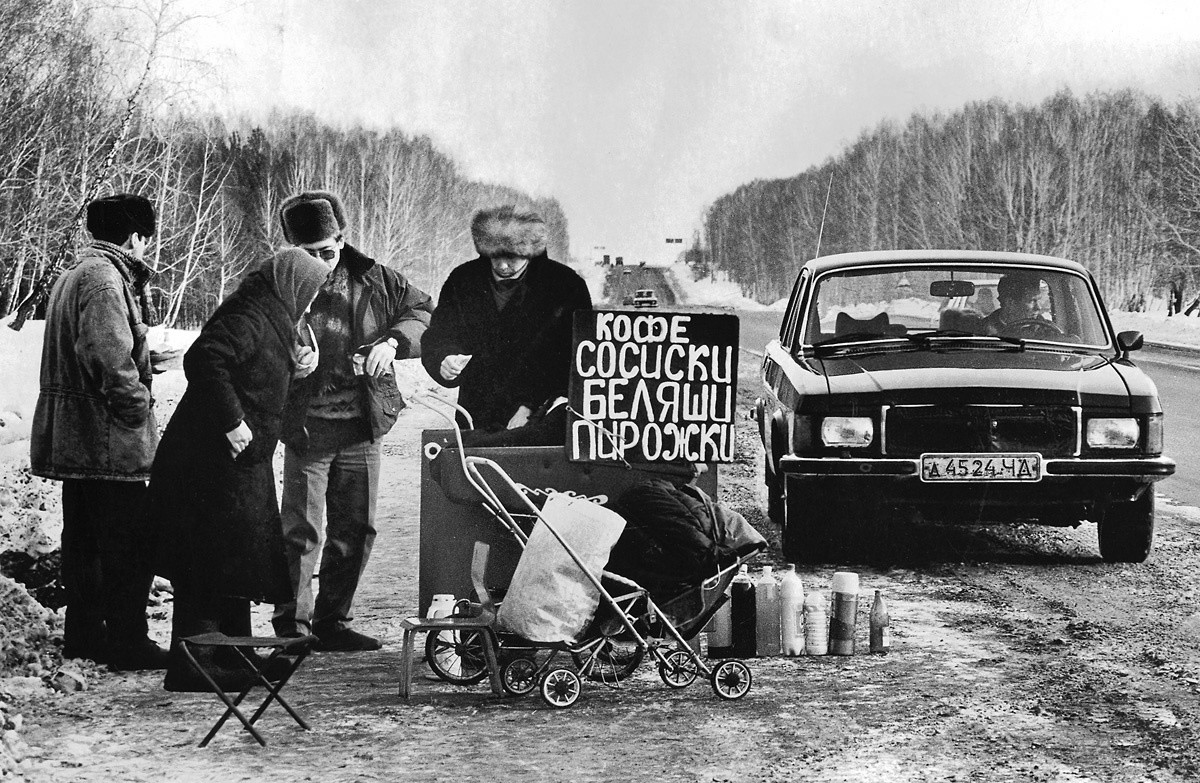 On January 29, 1992, then Russian President, Boris Yeltsin, signed a decree allowing every citizen to sell “in any convenient place”, opening the way to entrepreneurship in the country. Private sellers, speculators and shuttle traders thrived, travelling far and wide to buy up goods abroad and sell them on makeshift markets across the country. 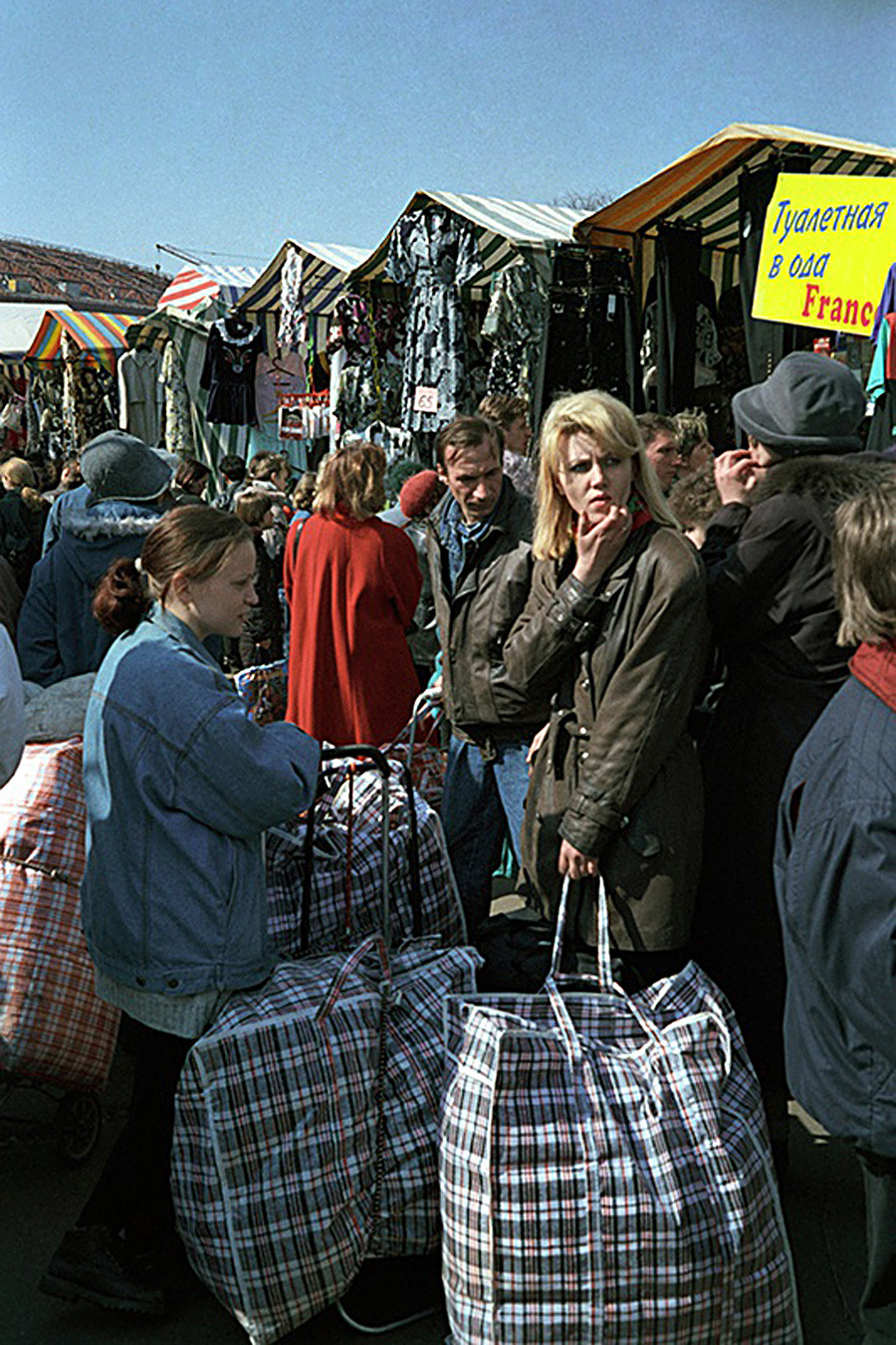 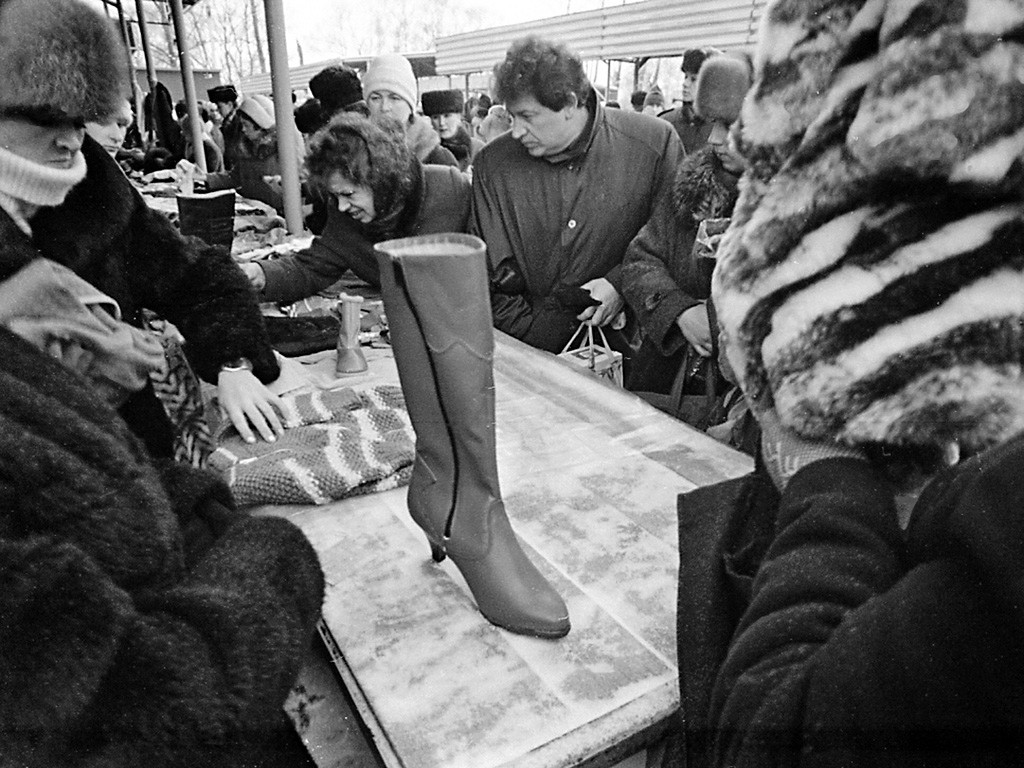 From leather jackets and jeans to auto parts and bootleg CDs - Russians could literally find anything at such trade points. The Soviet “Wild West” flourished with huge markets appearing on the maps of big cities. Just take the Cherkizovsky Market, for instance - it was the largest market in Moscow and one of the largest in Eastern Europe, making millions of dollars until it was eventually shut down in 2009. 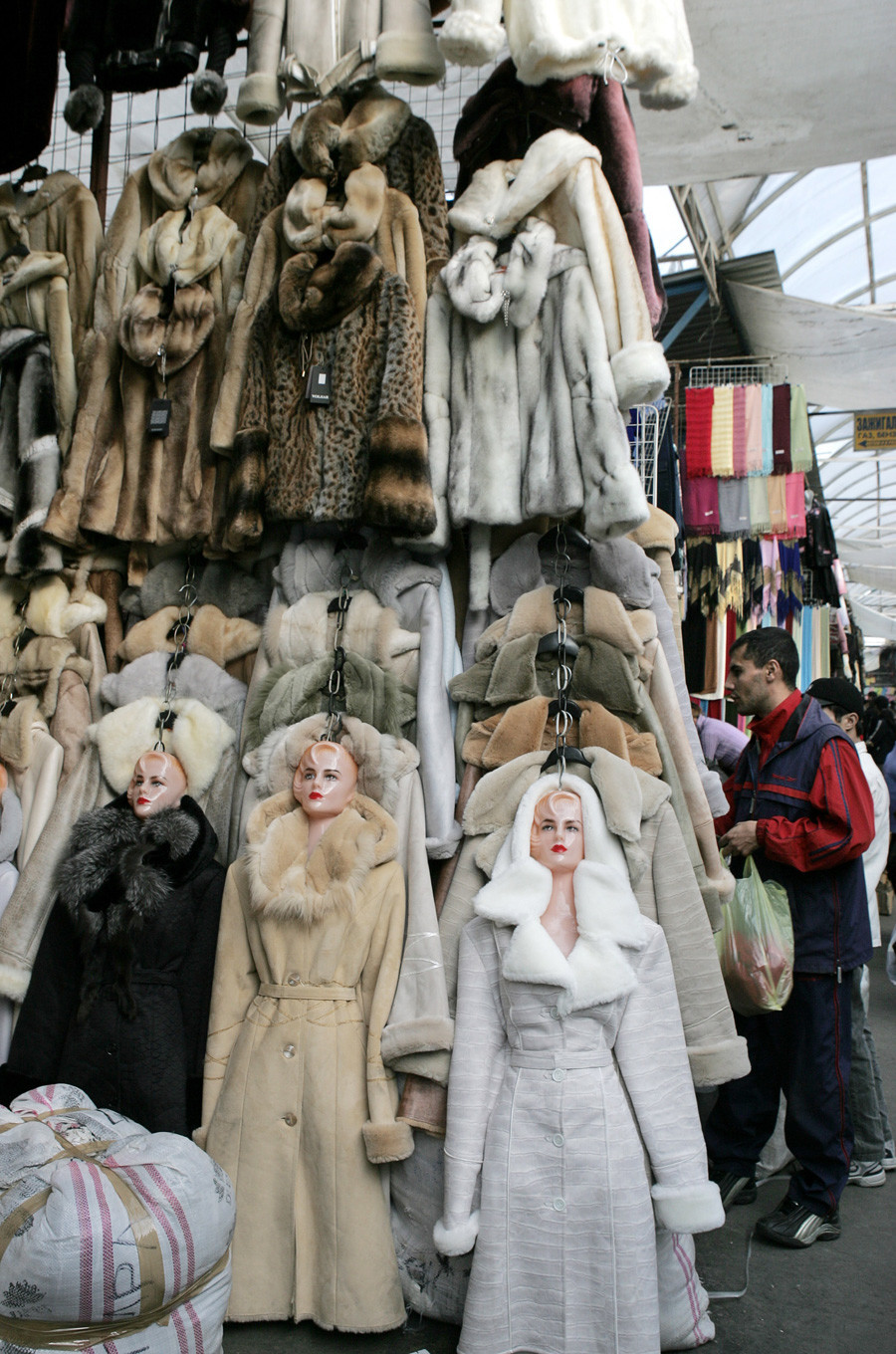 Of course, the goods available in the 1990s shopping stalls are nowhere near the quality Russians have now. But, it was still incredible for that time, allowing one to dress up a whole family from one place! 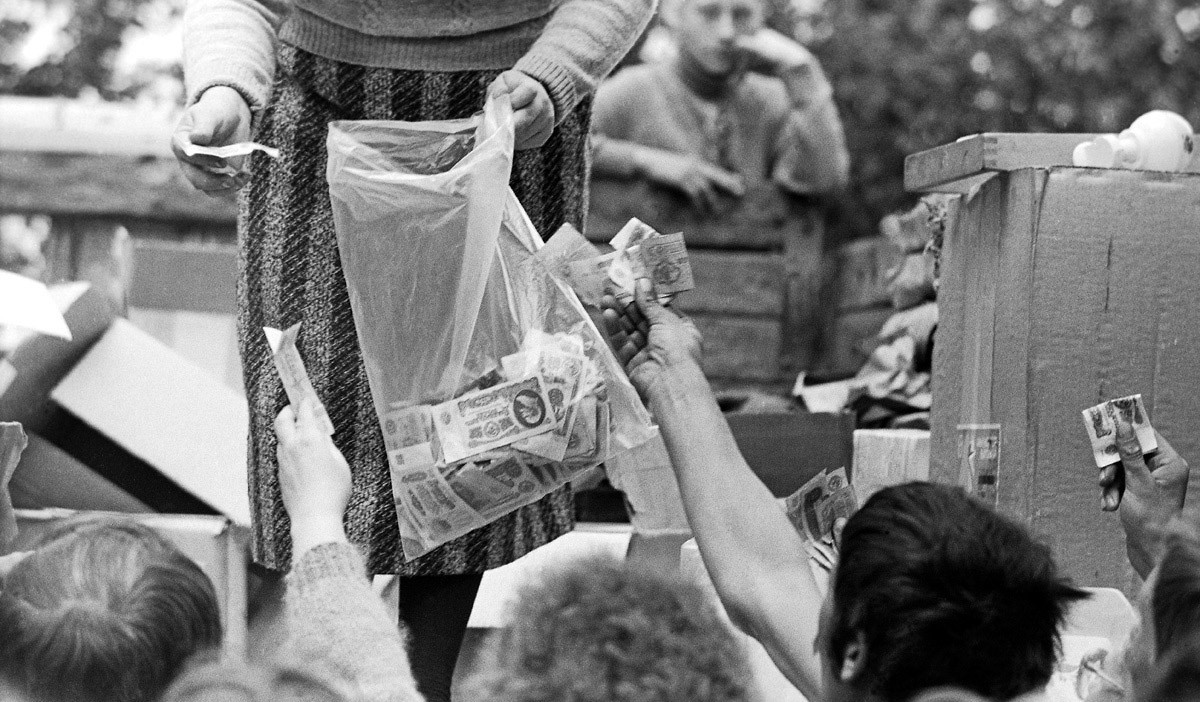 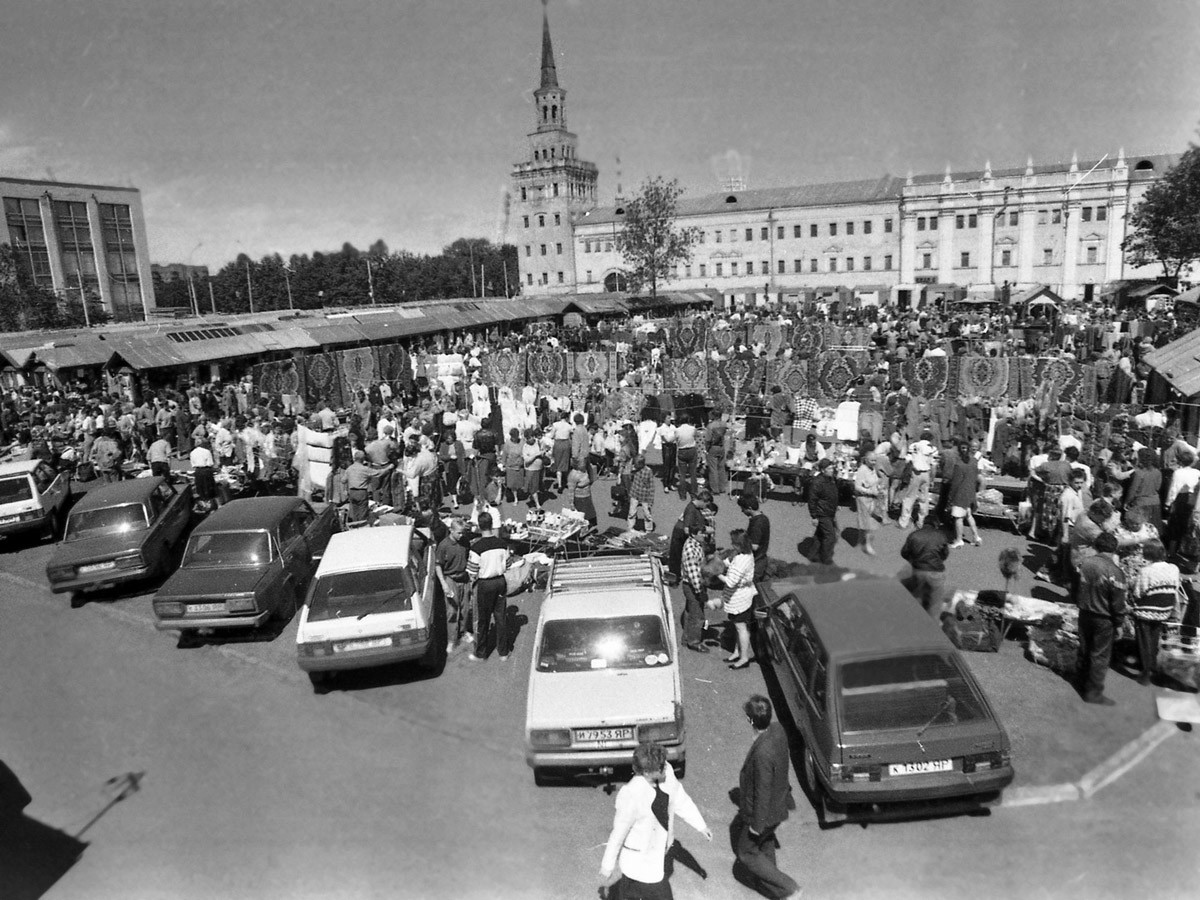 Yet, one had to be cautious to avoid falling victim to the slick and skillful selling techniques of 90s traders. Going to the market to buy a jacket, one could often end up also buying a random sweater, a clearly counterfeit bag or a few CD/DVDs with latest foreign music/movies - simply because it was a good deal. 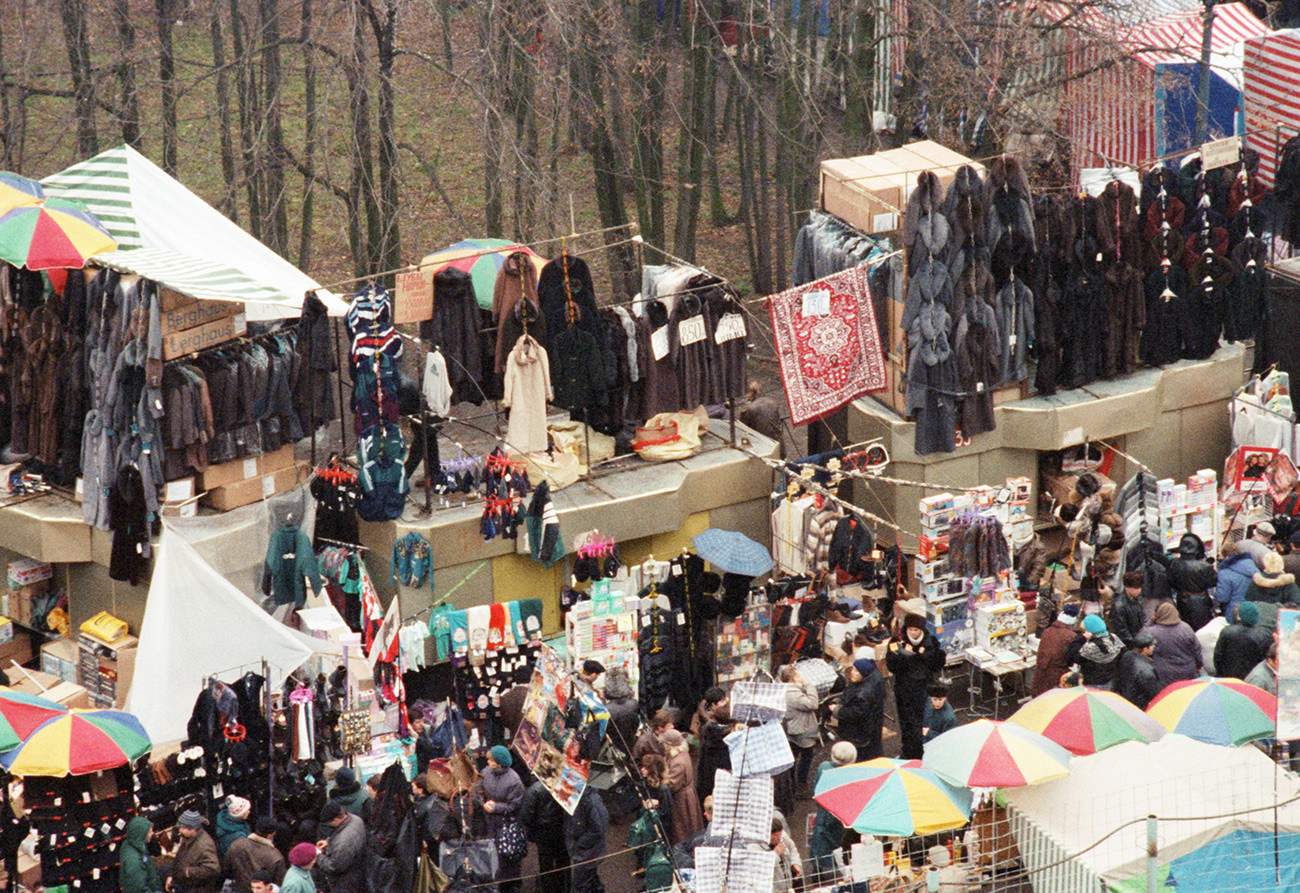 Shopping in the 1990s didn’t look like relaxation, but rather an ambitious expedition: you not only had to deal with crafty traders and shady individuals eyeing your pockets, but also adapt to the absence of fancy fitting rooms and put up with trying on clothes on a large piece of cardboard on the ground. And it was a bonus if there was a curtain at all. 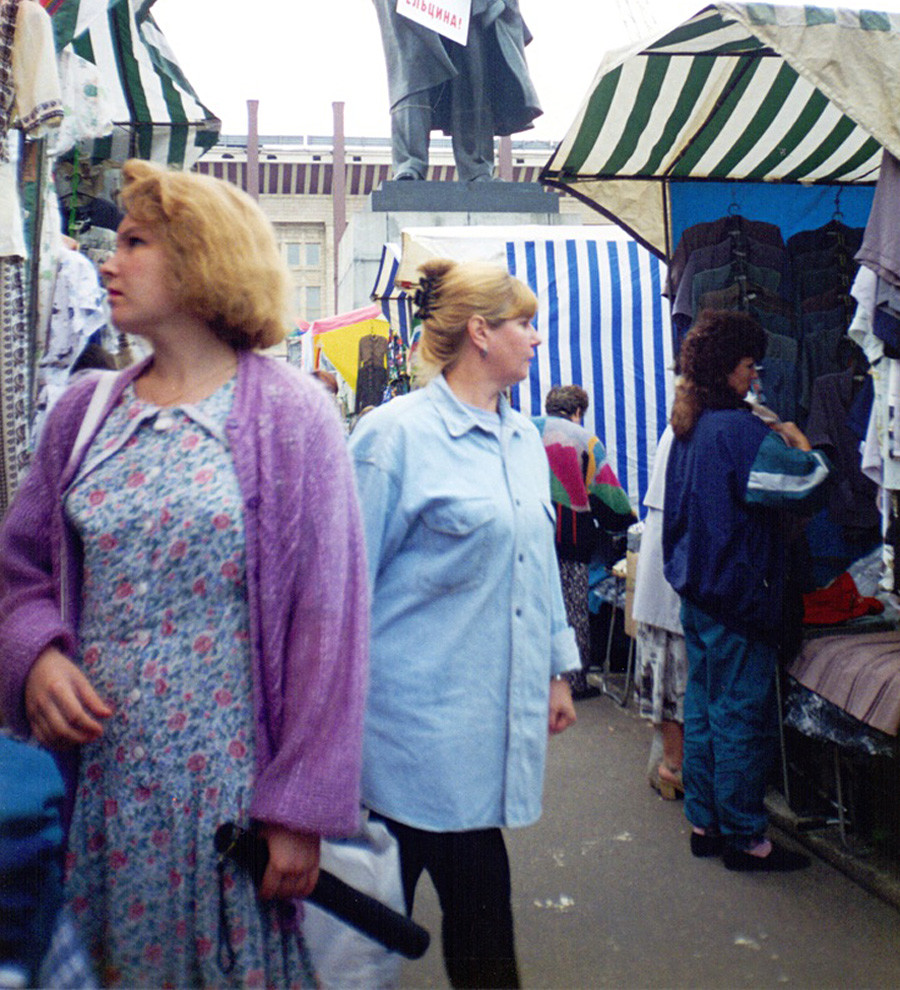 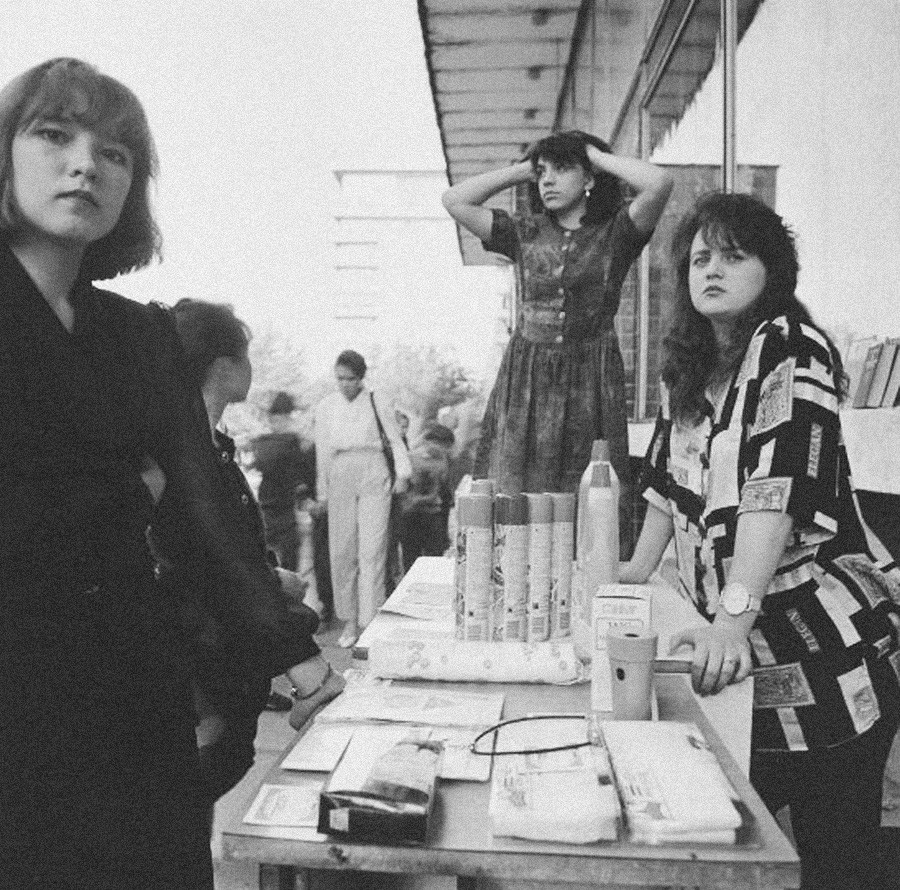 Sadly, this incredible atmosphere of thriving capitalism has largely gone forever. Shopping malls are now at the forefront of Russian daily life and leisure, but if you are lucky, you can still find remnants of the 90s “Wild West” on the outskirts of Moscow or in Russia’s provinces.