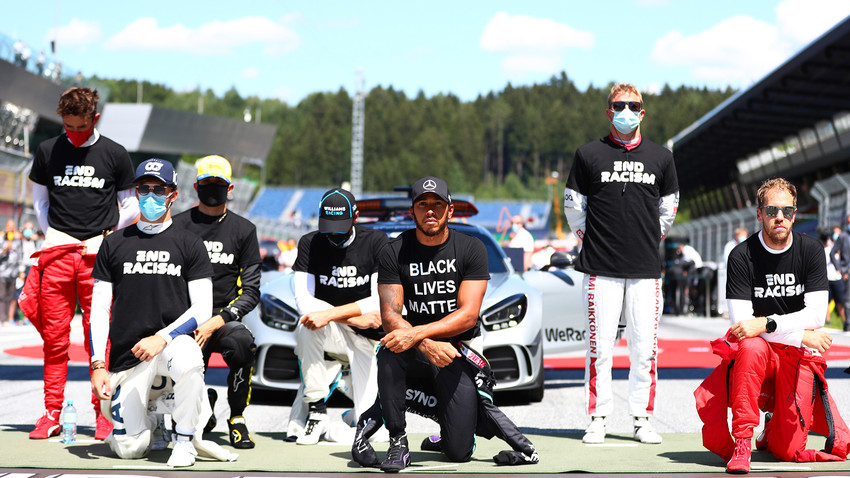 AP
For Russians, kneeling goes back to the 13th century and it’s never been a positive gesture.

On July 5, F1’s Austrian Grand Prix began with protests against racism and discrimination and supporting the Black Lives Matter movement. Most of the drivers took a knee in solidarity with the cause, yet five drivers abstained from making the gesture.

Among those who refused to take a knee was the only Russian F1 driver, Daniil Kvyat (racing for the AlphaTauri team). His refusal to take a knee generated criticism online, with some fans accusing the standing drivers of a gesture that looked bad:

This is not a good look for the drivers that didn’t take a knee. #F1https://t.co/TvjORsEZWV

Yet, Kvyat’s Russian fans met his decision to remain standing with encouragement.

But what do Russians see wrong with the now-famous gesture that American football player Colin Kaepernick famously revived a fews years ago?

‘We have done nothing wrong’

Russia’s first-ever F1 driver Vitaly Petrov was one of the first who came to the defense of his fellow driver:

“I believe each person has a right to express his views. And each person can do it in his way. Each has his own opinion about whether to take a knee or not. It’s acceptable to call for taking a knee, but it’s not acceptable to criticize someone who does not agree with you on this,” said Petrov.

Russian parliamentarian and former professional heavyweight boxer Nikolay Valuev also dismissed the gesture as inadequate, in his view. “We take a knee before the flag of the country, the Motherland, maybe before our parents. I do not understand this gesture as being against racism. I do not consider myself a racist, but why should I take a knee? I do not understand this at all,” said the politician.

The general public and Russian F1 fans also expressed their support for Kvyat.

“Daniil, all adequate [people] in Russia are with you,” wrote one user.

“Russians do not take a knee,” wrote another.

“To take a knee once is not the same as to respect Afro-Americans your whole life. Prove it with your deeds and not gestures,” wrote another F1 fan.

“Well done for not taking a knee. If asked, say that Russians have never orchestrated genocide and never wiped out other people. We have done nothing wrong to take a knee now,” wrote another internet user.

Americans and Russians understand and interpret the kneeling gesture in different ways.

While stateside, taking a knee currently represents a protest against racial discrimination, most Russians do not see it as such.

Instead, Russians generally interpret taking a knee as a sign of submission. The historic roots of this uncompromising position might go back to the 13th and 14th centuries when Russian land was dominated by the Mongol Empire and the Golden Horde.

When Mongol ruler and founder of the Golden Horde Batu Khan invaded Kievan Rus’ in 1237-1242, Russian princes became politically dependent at the Khan’s will.

Back then, it was customary for Russian princes to travel to bow to the great khan, their practical vassal. And sometimes, the Russian princes were forced to kneel before their foreign vassal. In a way, taking a knee before the khan was akin to a medieval tradition of homage, a ceremony when a vassal pledges his allegiance, reverence, and submission to his feudal lord. 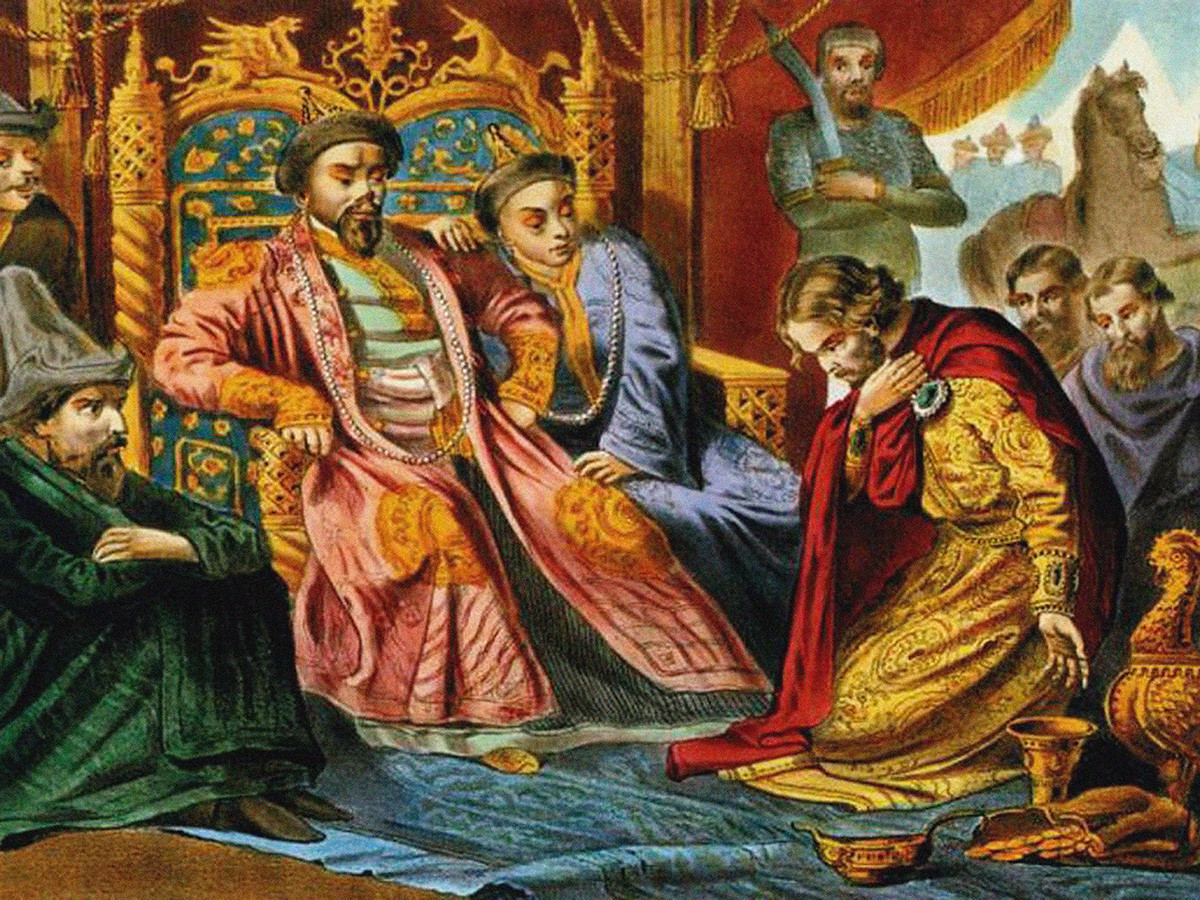 When the Great Stand between the forces of Ivan III of Muscovy and the forces of Akhmat Khan on the Ugra River ended the Tatar-Mongol rule over Moscow in 1480, bowing to khans ceased in practice. 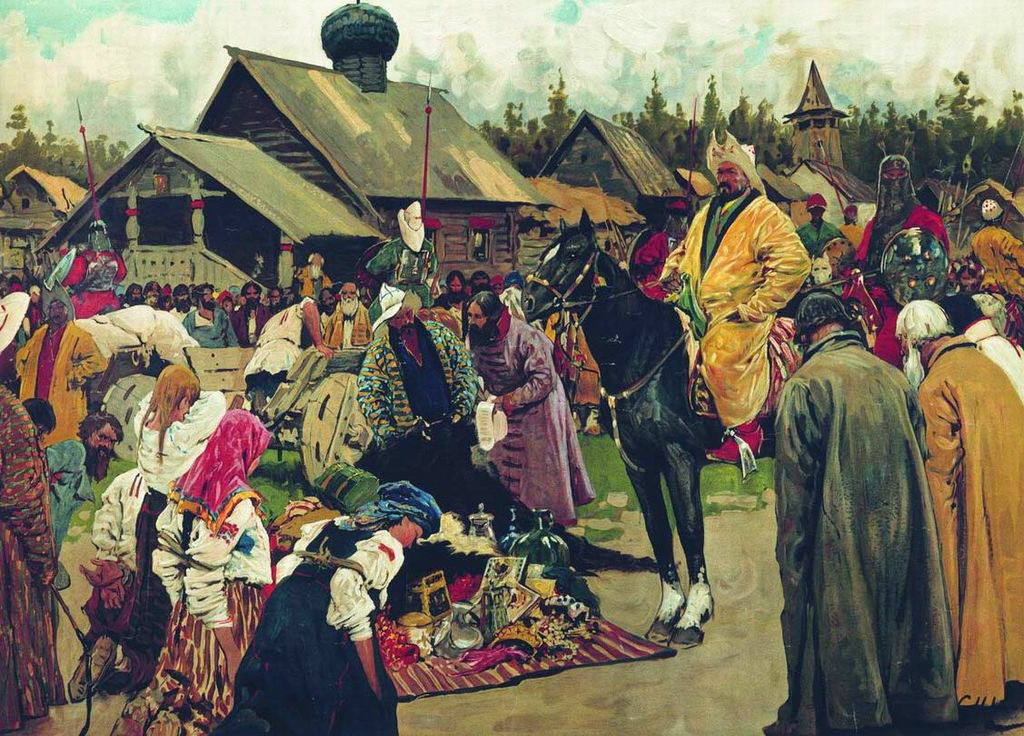 Much later, when the Russian nobility emerged as a class, kneeling before anyone was considered a humiliating experience: it could have damaged a nobleman’s reputation and question his noble origin.

This is how Russian classic poet Alexander Pushkin describes a humiliation incurred by the kneeling of a nobleman in his novel The Captain’s Daughter:

I was again conducted to the Pretender, and made to kneel before him. Pougatcheff extended his veined hand towards me.

I should have preferred the most violent of deaths to such abject humiliation. 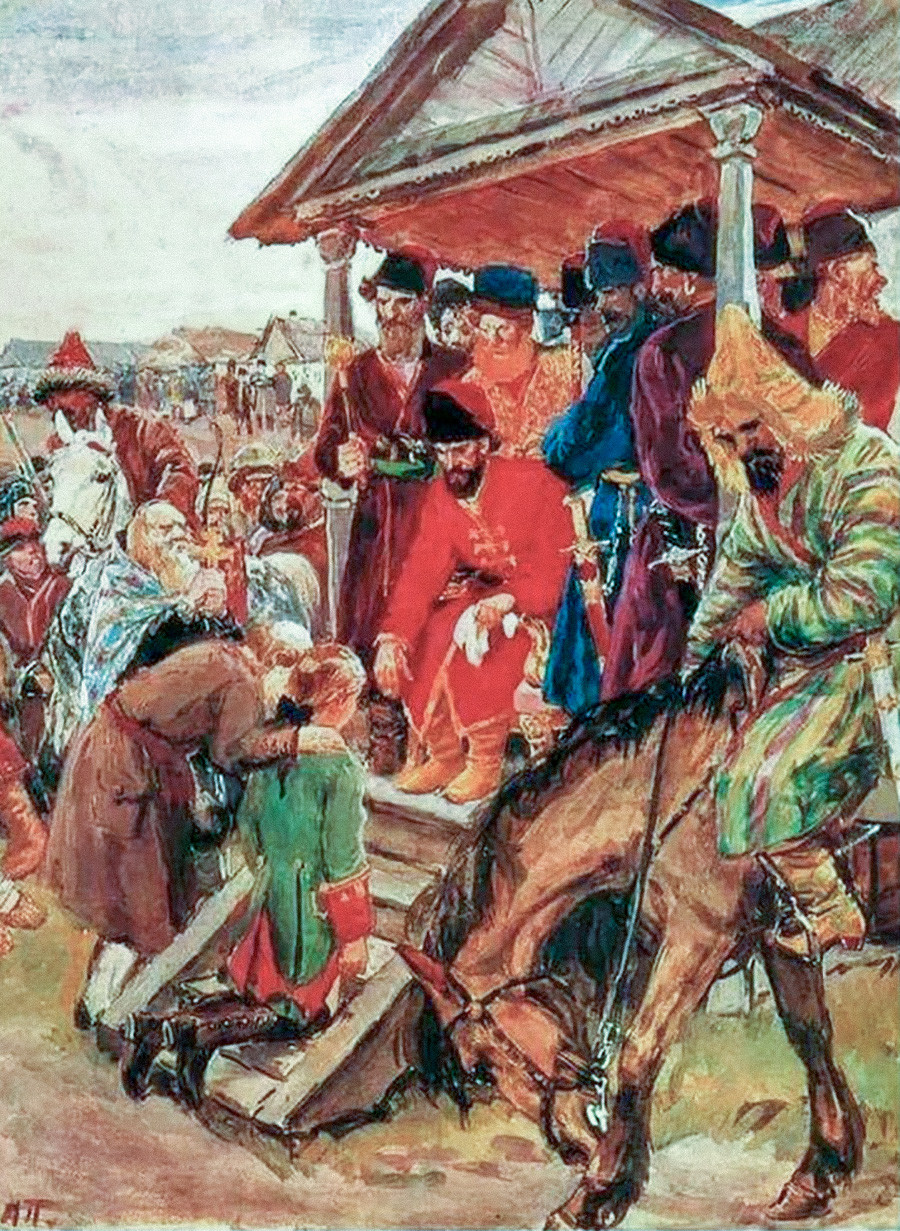 As opposed to kneeling, a tradition called бить челом - (bit’ chelom, “beating one's forehead”) was more acceptable and widespread in ancient Russia. At first, it referred to a literal bowing to a higher authority (i.e. moving one’s forehead forward) to demonstrate the highest respect. It soon acquired new meanings: to bow, to beg or plead for something, and to greet someone.

In the Russian language, the phrase was often used in writing in private correspondence as a form of greeting and demonstration of respect and an honorable attitude.

As it stands, many contemporary Russians still regard kneeling as a gesture of submission or a pitiful appeal to a higher authority, an abject plea for mercy. And here lies the key difference from the American culture in perception of the gesture.

Refusing to take a knee today does not mean Russians support racism. After all, Russian F1 driver Daniil Kvyat was wearing a T-shirt with “END RACISM” printed on it. 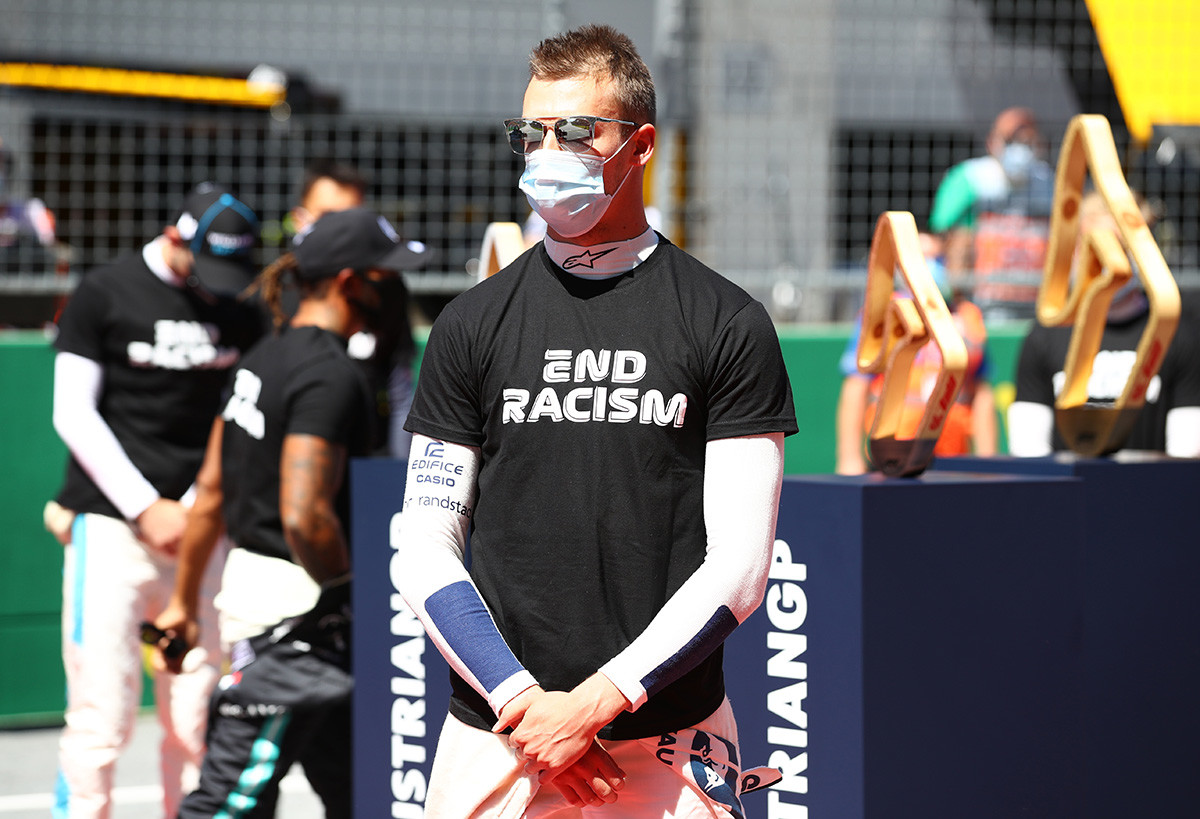 Click here to find out how some Africans prospered in Tsarist Russia.