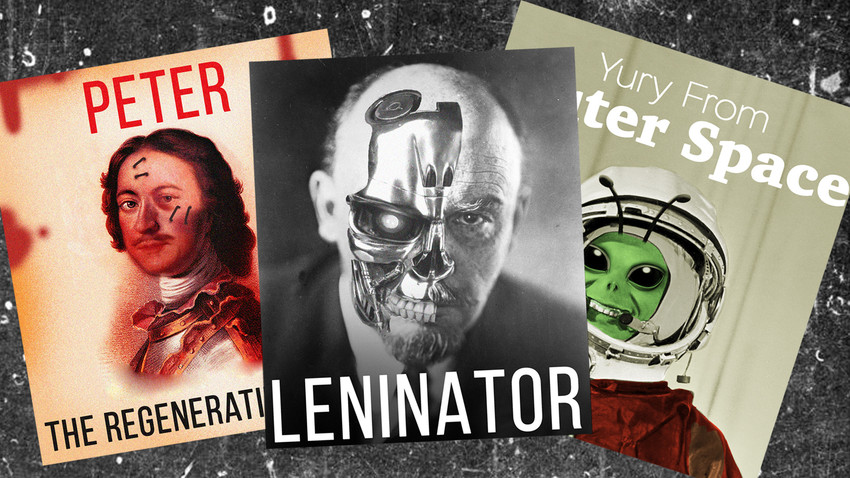 Tanya Manaeva
So you think that the new American movie ‘Anastasia: Once Upon a Time’ (2020) makes a mockery of Russian history? Well, we at RBTH believe there’s always more room for the bar to sink. Here are a couple of ideas we think Hollywood would be “wise” to take on.

Earlier this year, yours truly had to watch – in the line of duty and not without some trepidation – the Hulu series ‘The Great’ (2020), a raving fantasy built around Catherine the Great's reign. Now, credit where credit is due – there were at least some funny and spectacular moments to enjoy there.

In April 2020, another creation inspired by events in Russian history – Anastasia, produced by Conglomerate Media – was released on streaming platforms. The film takes us back to the Russian Revolution of 1917. Lenin’s Bolsheviks have taken control of the Russian capital. In order to save the grand duchess Anastasia from execution, the infamous magician Grigory Rasputin sends the Romanov girl through a portal in time to the 1980s United States, where her American adventure begins.

Before any word of it reached Russian shores, this curious offering already received a pummeling from American viewers. That said, we’re used to there being no limit to the level of craziness in films dealing with Russia. So, as a personal favor to US scriptwriters and producers, we have decided to come up with a couple of scripts of our own, totally free of charge! 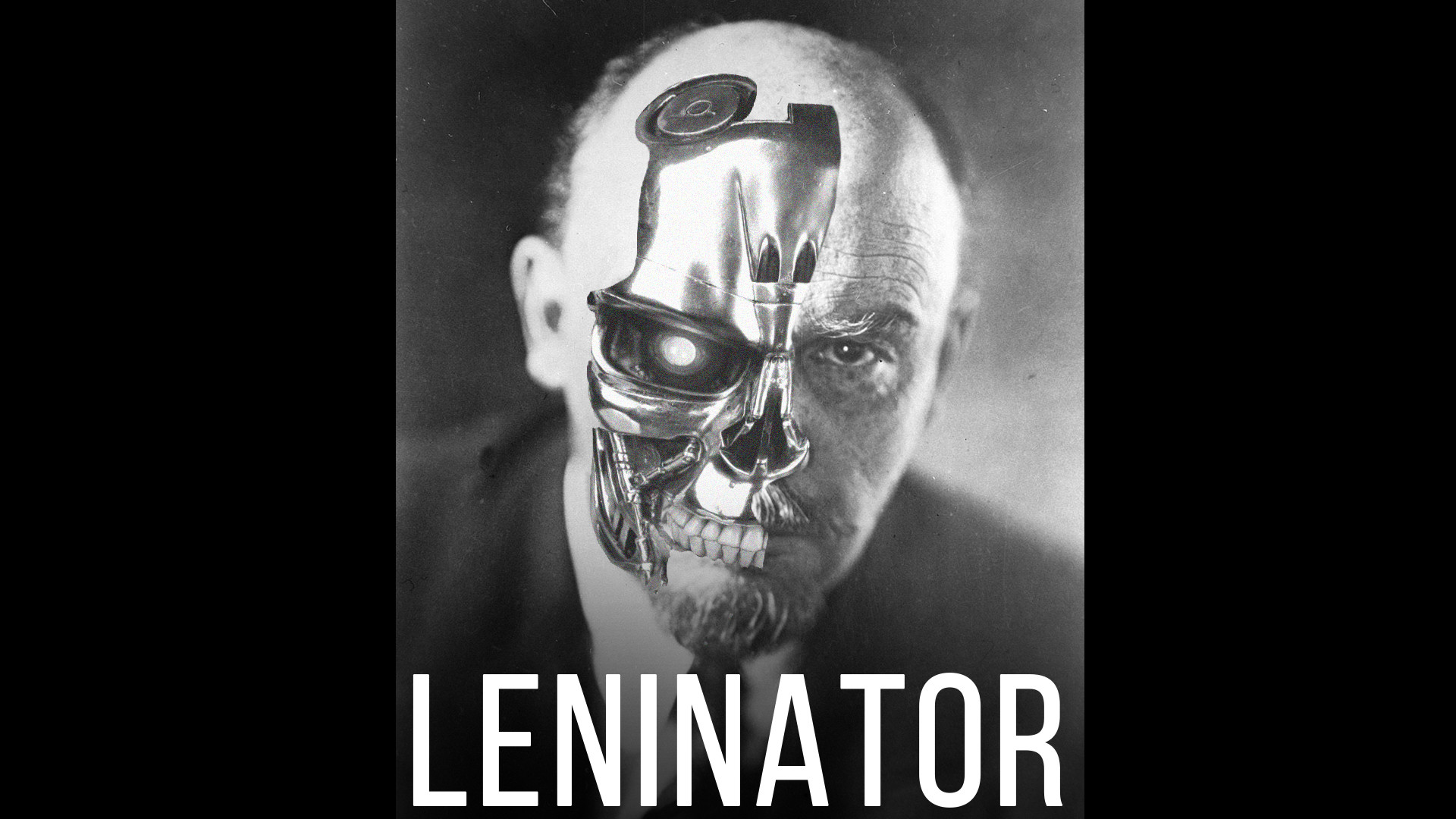 The year is 1918. The setting is Vladimir Lenin’s secret laboratory. There he creates a killer homunculus, sewn from the remains of the tsar's family. Using a portal in time opened by dark sorcerers, the leader of the Russian revolution wants to send his creation to the 16th century to assassinate Elena Glinskaya, the mother of the future Tsar Ivan the Terrible. Tsarist Russia, therefore, would never exist.

However, in 1937, having learned of this plan, Joseph Stalin, who is a fervent admirer of Ivan the Terrible, creates the Leninator, a golem mercenary made up from the bodies of Lenin and Sergey Kirov. In another time machine, which was created by Lev Theremin, working from a Magadan gulag camp, Stalin sends his own killer on a mission to eliminate Lenin's homunculus.

Miraculously, Ivan the Terrible is saved and the future of the Russian monarchy with him, while Stalin's golem remains in the 16th century. Under the name of the Italian architect Pietro Solari, he builds the Church of the Ascension in Kolomenskoye (the one whose shape is reminiscent of a spaceship). 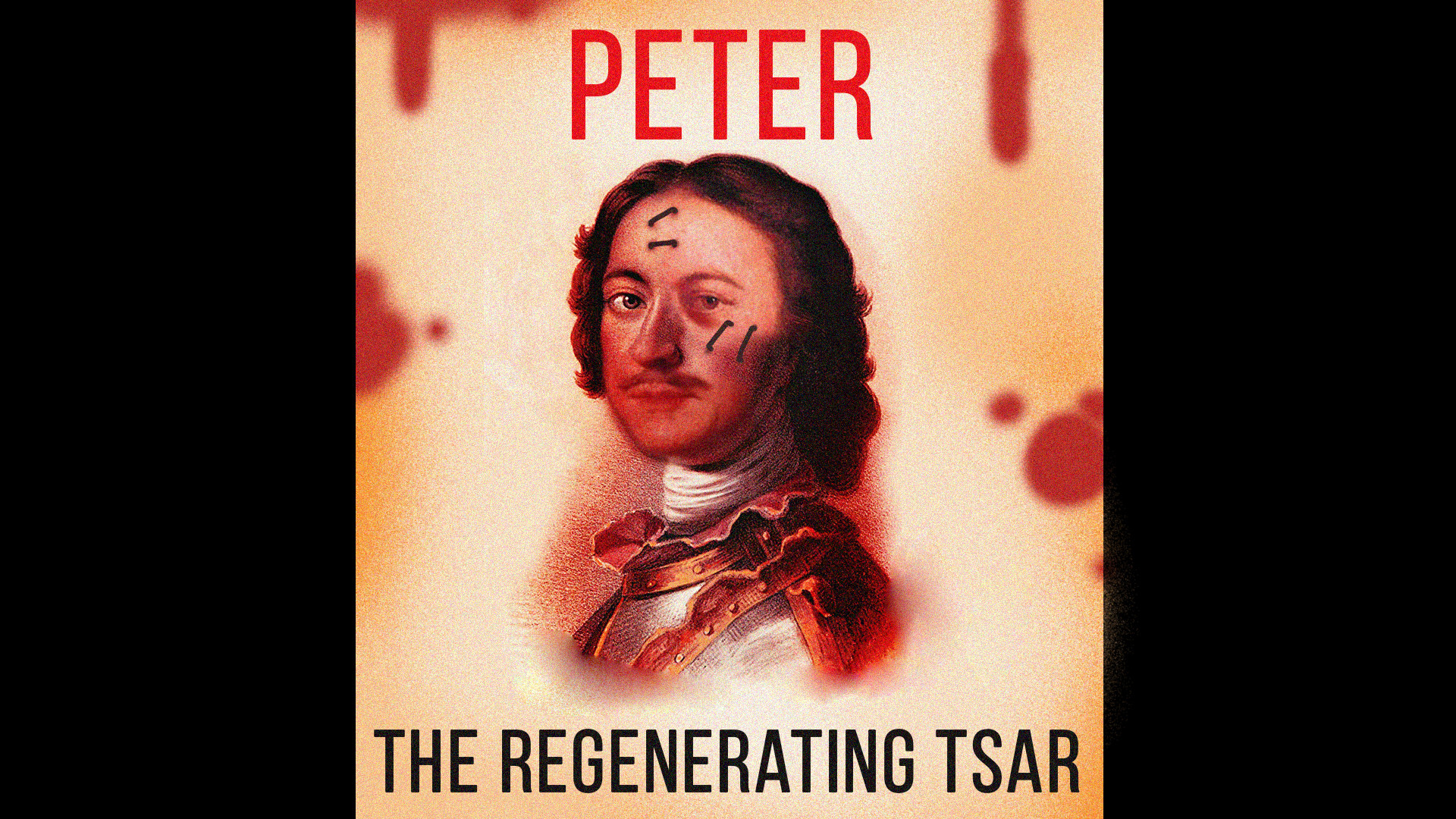 We’re in Moscow, the spring of 1670. After the death of Tsarevich Alexei Alekseevich, followed by that of his wife Maria Miloslavskaya, Tsar Alexei Mikhailovich, who is 41 at the time, becomes seriously concerned with the question of who will inherit his throne. His son Fyodor is of extremely poor health and is unlikely to live long, while Tsar Alexei himself is struggling with male impotence.

Alexey Mikhailovich, who has banned Russians from engaging in any form of witchcraft and black magic, himself secretly resorts to the help of a powerful Chuvash witch doctor, Chumashka. The latter prepares a miraculous potion for the tsar, and soon his new wife Natalya Naryshkina gives birth to a son, Pyotr Alekseevich, the future Peter the Great.

Only the tsar and his wife know of their son's supernatural powers: he is immortal and capable of instant regeneration. For that reason, Tsarevich Pyotr is afraid of neither death nor injury. His head gets ripped off during an artillery drill; he is mauled by wolves during a hunt; he constantly sinks with his boat, which he does not know how to steer.

During the Streltsy uprising of 1682, by order of his sister Sophia, Pyotr is cut into 28 pieces, which are taken to different parts of Moscow, but by morning he is once again assembled into a single body, albeit not very neatly: his arms and legs are too long, while his head is too small. Since then, Peter, who soon becomes a full-fledged tsar, has to hide his supernatural powers.

The powers enable Peter to win the Great Northern War: he fearlessly leads his regiments into battle, despite constantly getting cut, slashed, or blown to pieces with cannonballs or buckshot. By 1725, Peter gets tired of ruling Russia, so he fakes his death by killing a grenadier from the palace guards, who looks just like him, and burying him in his place.

Peter will reappear in Russian history more than once: as Catherine the Great's lover Grigory Orlov, as Emperor Nikolai Pavlovich, even Grigory Rasputin! In his current regeneration, the Russian Tsar has chosen the form of rock star Marilyn Manson. 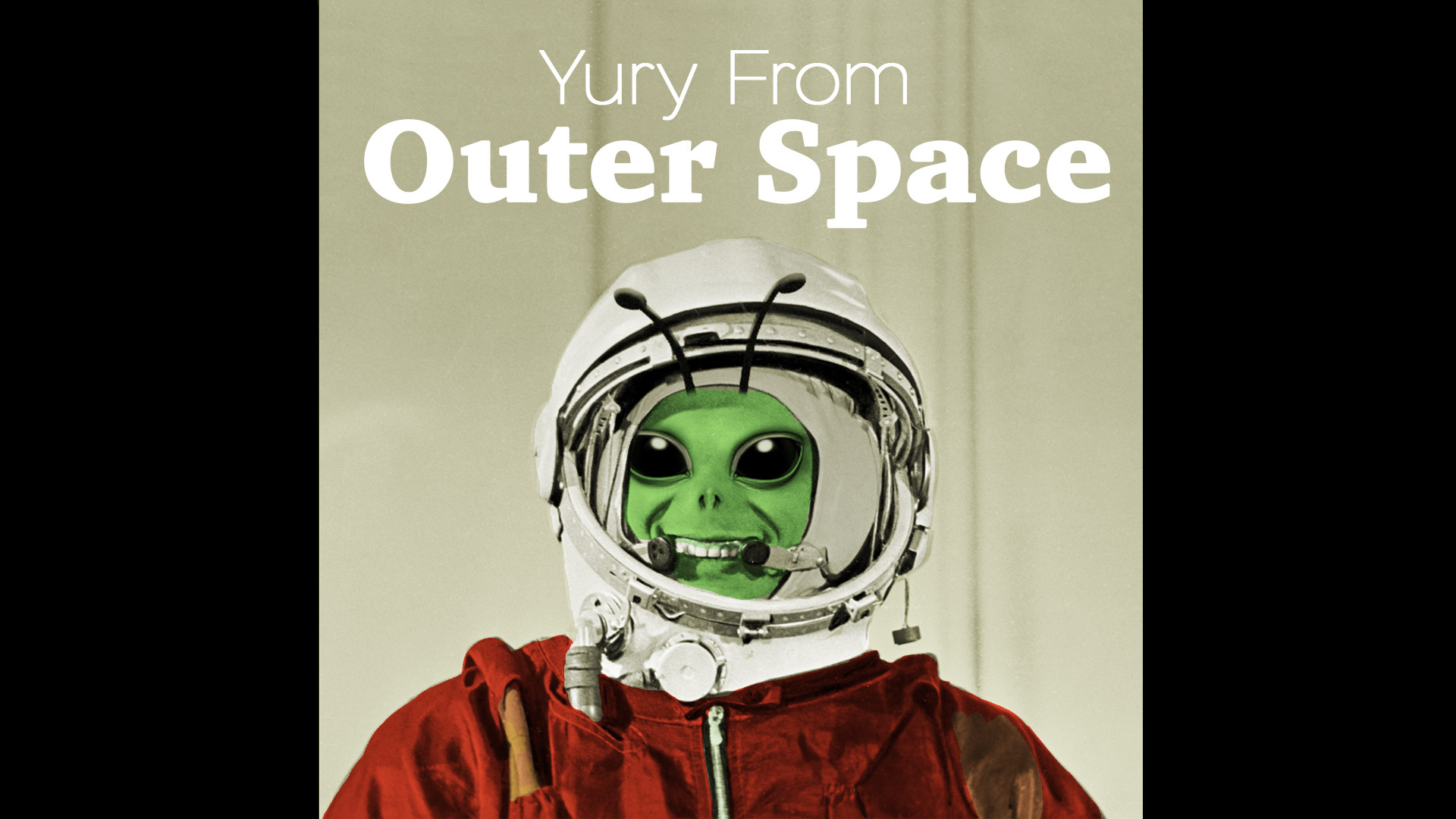 The year is 1959. A search is underway for fighter pilots to be recruited to the First Soviet Cosmonaut Team. At the same time, Soviet designers are hastily developing the Vostok-1 spacecraft, aboard which the first flight into space is to be carried out, but they come up against a number of insurmountable difficulties.

In the meantime, an unidentified flying object falls to Earth, crashing in the steppes of Kazakhstan. The incident happens not far from a classified military object, so a group of officers, accompanied by KGB operatives, are immediately dispatched to the scene. They discover a crater with a metal capsule in it, from which a shapeless mass emerges and immediately morphs into a human being. Officers detain the creature and urgently fly it to Moscow.

It turns out the USSR has come in contact with a genuine representative of an extraterrestrial civilization, whose spacecraft happened to crash on Earth. His intellect is so advanced that having read one issue of the ‘Pravda’ newspaper and Maxim Gorky's novel, ‘Mother’, he begins to speak Russian.

It turns out that his spaceship is beyond repair, so he hopes to enter a low Earth orbit with the help of the Soviets and from there establish contact with his civilization. In return, the alien helps engineer Sergei Korolev solve the technical problems with the Vostok-1 spacecraft. The alien chooses a suitably typical Soviet appearance, he’s given a biography and a name – Yuri Gagarin. During preparations for the flight, the alien is persuaded that for the success of his mission he needs to drink some vodka, which he does, but unexpectedly for him, the ethanol disrupts the work of his physiological system, and he can no longer return to his original form – from now on, he is only able to morph into different other humans.

For the same reason, having entered orbit, the alien Gagarin is unable to establish contact with his civilization. Desperate, he tries to find a solution to the problem in different parts of the planet, traveling to various countries and drinking different types of alcohol. But he still cannot find a solution. Having faked his death, the alien leaves the USSR, but he is still among us, helping out with the Earth’s numerous space programs. The final scene of the film shows a brightly lit office at what looks like a high-tech company. The man sitting at the desk finishes entering something into a notebook computer and raises his eyes from the screen. The man is revealed to be none other than Elon Musk.