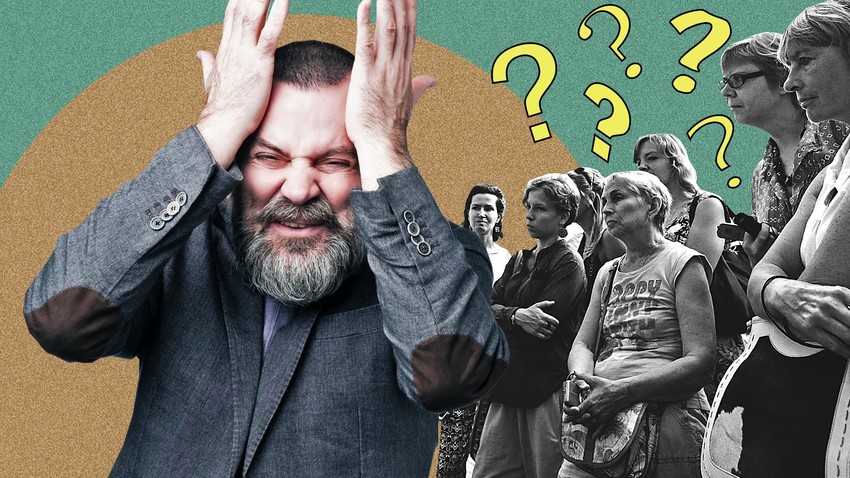 "Peter the Great was... what? Rasputin has slept with.. who? Please, just leave me alone..."

Legion media/Moskva Agency
Russians are very inquisitive. As soon as they learn you’re a historian, they bombard you with the most ridiculous questions! Here are some of the worst.

Russian people seem to have a special interest in their history, and by saying this, I don’t only necessarily mean that Russians are especially enchanted by it (which they are). I’m implying that their interest in history has a special feature – to put it simply, many Russians think that their history’s a compound of lies and is actually more complicated and mysterious than it actually is.

When one becomes a historian, one is usually young and proud of oneself. Any alumnus of any historical department who starts working as a research fellow, or a museum guide, starts boasting of his/her higher historical education and maybe even a degree, and immediately after come the godforsaken questions from the ‘audience’. 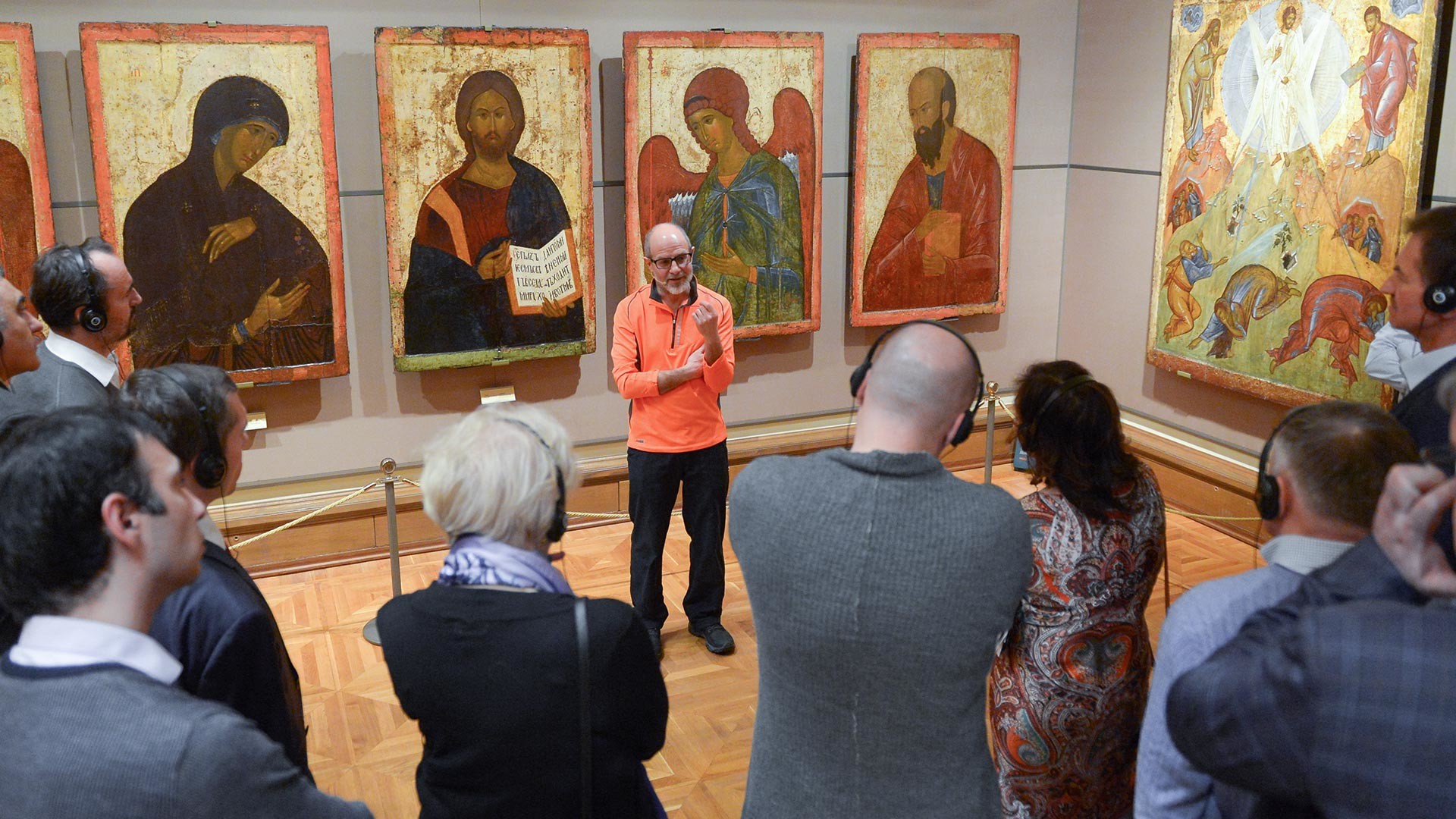 Prepare to defend yourself and those behind you.

At a house party. In a long-distance train compartment. At a lunch break at work, or in a conversation with a neighbor. You get asked all sorts of weird questions, because people somehow think that, if you’re a historian, you must know it all – and at the same time, know nothing and lie about everything. We asked our friends, guides and historians, about the top awkward and outrageous questions they were asked while doing their jobs – and off them, too. Some get asked so often that we can safely say that “every single guide in Russia” has heard them. Below are the most maddening questions followed by short explanatory commentary by me. Enjoy!

Was there ever a Tatar-Mongol invasion of Russia? (Natalia Ilyina, an archaeologist and guide from Moscow)

This is one of the top questions most tour guides get asked by their audience. Most Russians somehow still think the Tatar-Mongol invasion was something shameful and a defeat for Russia – not taking into account that there was no Russia before Tatar-Mongol invasion, the land was a chaotic melee of duchies and towns, and the Moscow state formed because of the invasion, to oppose and overthrow it.

Was Stalin (or Lenin, or Ivan the Terrible, or Peter the Great, or whoever) good or bad? (to every single guide in Russia)

If you’d named your dog ‘Stalin’, and he knocked over the flower pot, you could say that Stalin is really bad. But I doubt one could really assess a historical figure in such a way. Nicholas II, who listlessly squandered the lives of the Russian soldiers in the Russian-Japanese and then in World War I, only to later surrender the tsar’s power to the Bolsheviks, had a charming personality, while Peter the Great, who saved Russia from the Swedish and Polish conquests and made it a superpower, had a mad temper and rather unpleasant manners. 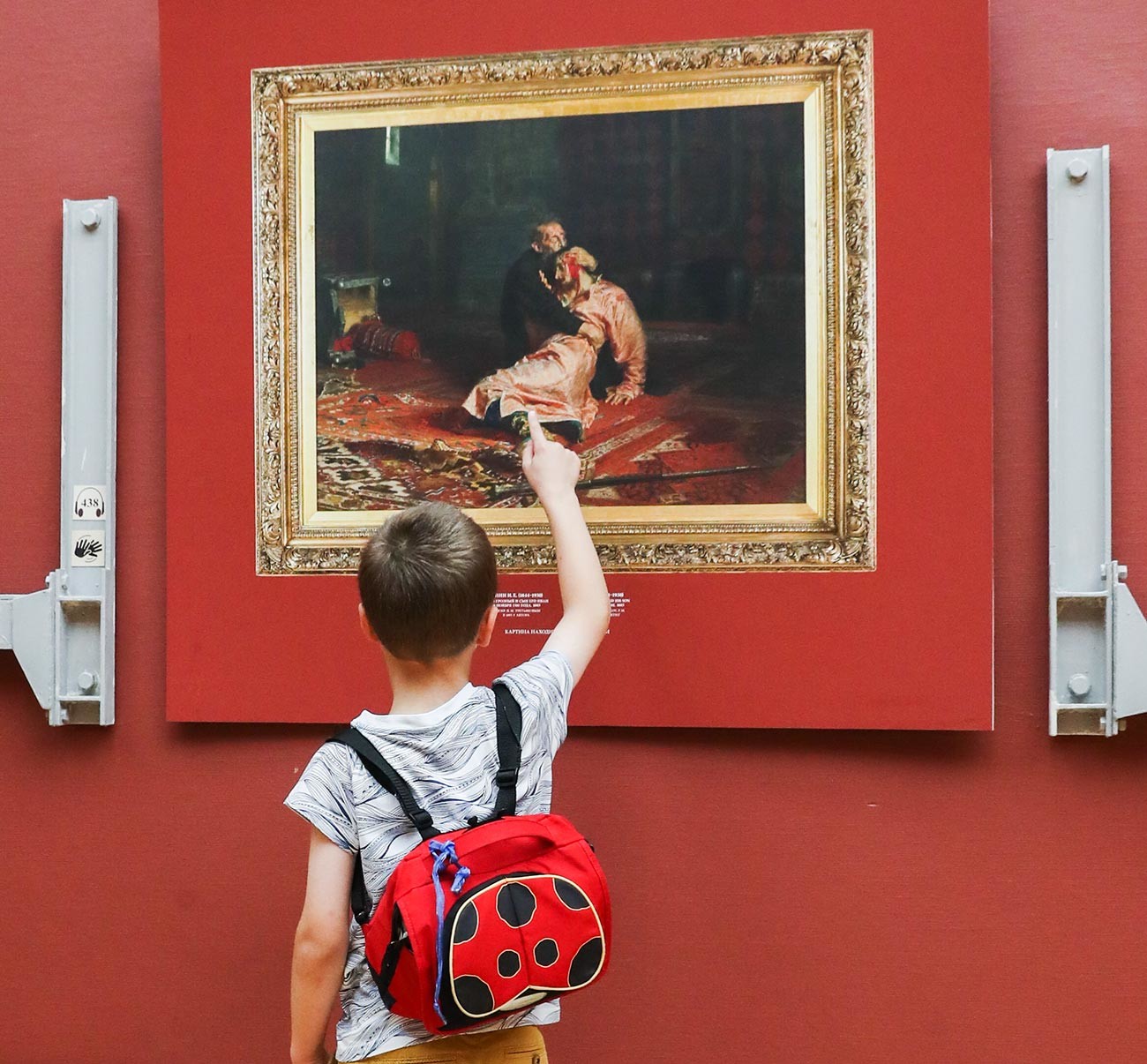 "The blood is fake."

What do you think about Fomenko’s alternative chronology? (Ekaterina Zhivotyagina, a guide from Moscow)

Anatoliy Fomenko and Gleb Nosovsky are mathematicians and creators of the so-called ‘New Chronology’ fraud theory that states all events of world history before the 18th century are fictional, and in reality, everything was different. The theory has been successfully disproved by the Russian historians as unscientific BS, but still has a lot of believers among simple folk.

Was Rasputin the lover of the Russian queen and was his penis really preserved? (Elena Bobrova, a guide from St. Petersburg)

A lewd tale disseminated by one of Grigoriy Rasputin’s enemies, the rumor about Grigoriy having an affair with the Empress still lingers. But even more outrageous is the legend about his penis being preserved in formalin somewhere in Russia. I personally had my friend’s European girlfriend get in a row with me after I denied this story, saying the object in the photo she produced was just a sea cucumber. “You’re denying your own history!” she screamed in disdain.

What if… (the Bolsheviks lost the Civil War? Nicholas II survived the assassination? USSR lost WWII?) (to every single guide in Russia)

Replying “I don’t know” to this usually leads to being ruled out as a ‘non-historian’. And it’s no use proving that no one can rewrite history in hindsight, as questions of this nature get asked over and over again. So what if the monarchy in the Russian Empire was preserved? In this case, we have one 100 percent certain historical prediction: if that ever happened, people on the guided tours would then most certainly ask, “What if the monarchy in the Russian Empire wasn’t preserved?”

How can you remember all those historical dates and facts? (Elena Bobrova)

Unfortunately, the Soviet school education saw history largely as an enumeration of consecutive dates that needed to be memorized in order to pass the tests. And it’s no use telling those who are asking that you just can’t forget the Decembrists revolt was in December, because in summer, it would have naturally been called differently. People still think you just learned the date sheet by heart. 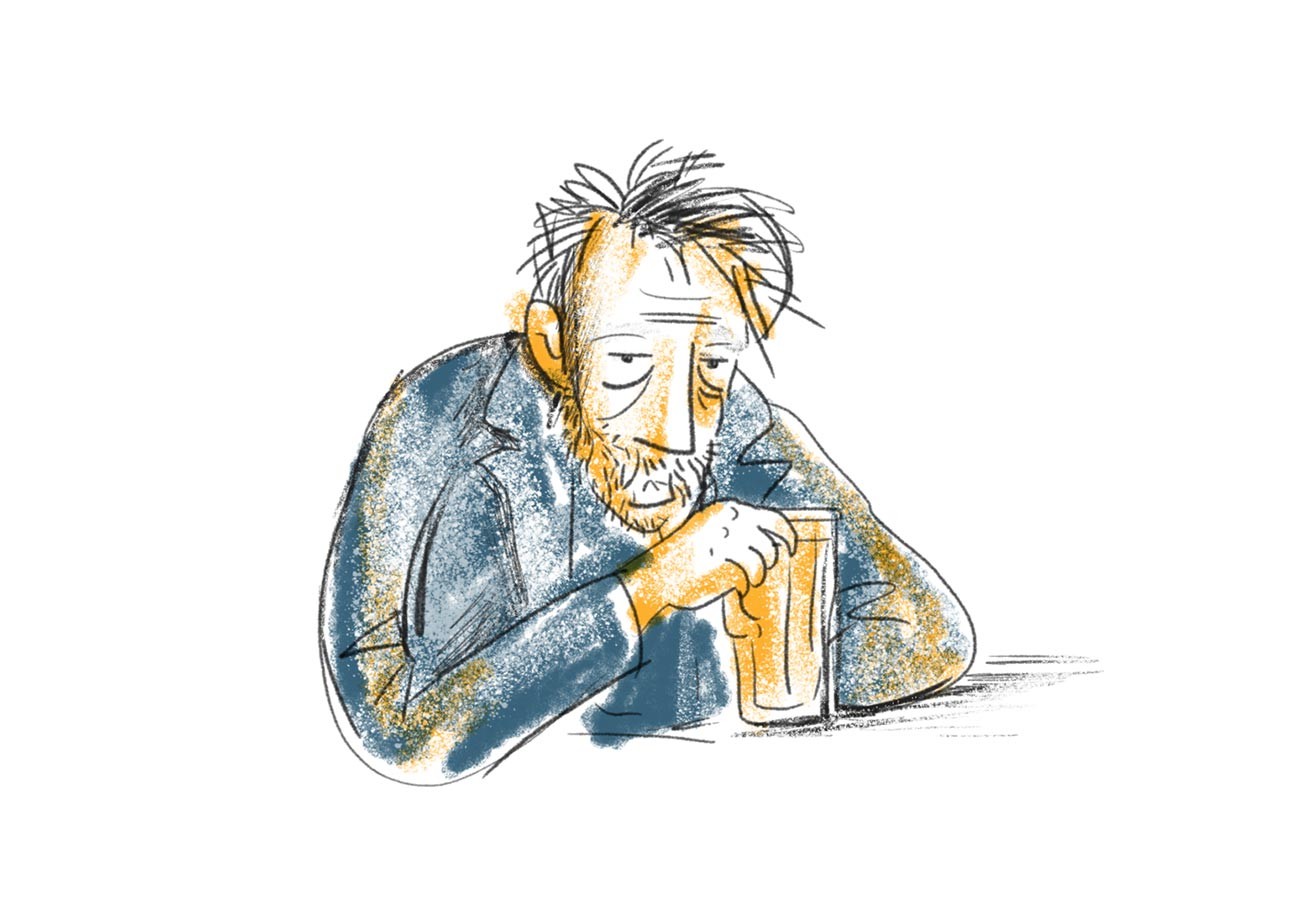 Where do YOU think is Ivan the Terrible’s library? (Natalia Ilyina)

It’s like being asked who killed John F. Kennedy over and over again – except that with the late president, we’re at least sure that he existed and that he was murdered. While with the Library of Ivan the Terrible, we’re not even sure it existed in the manner the historical sources tell us. Some Russian historians plainly consider the Library to be a myth constructed by fraudsters.

How many lovers did Catherine the Great have? (Natalia Ilyina)

Obviously, the exact answer was known only to Catherine herself – as it would naturally be with any woman. But Russian women (who ask this question the most) are still sure the Empress was some kind of laboratory specimen under observation in a cage, and that there was some supervisor registering every copulation, and evil historians just hid the truth from the public. 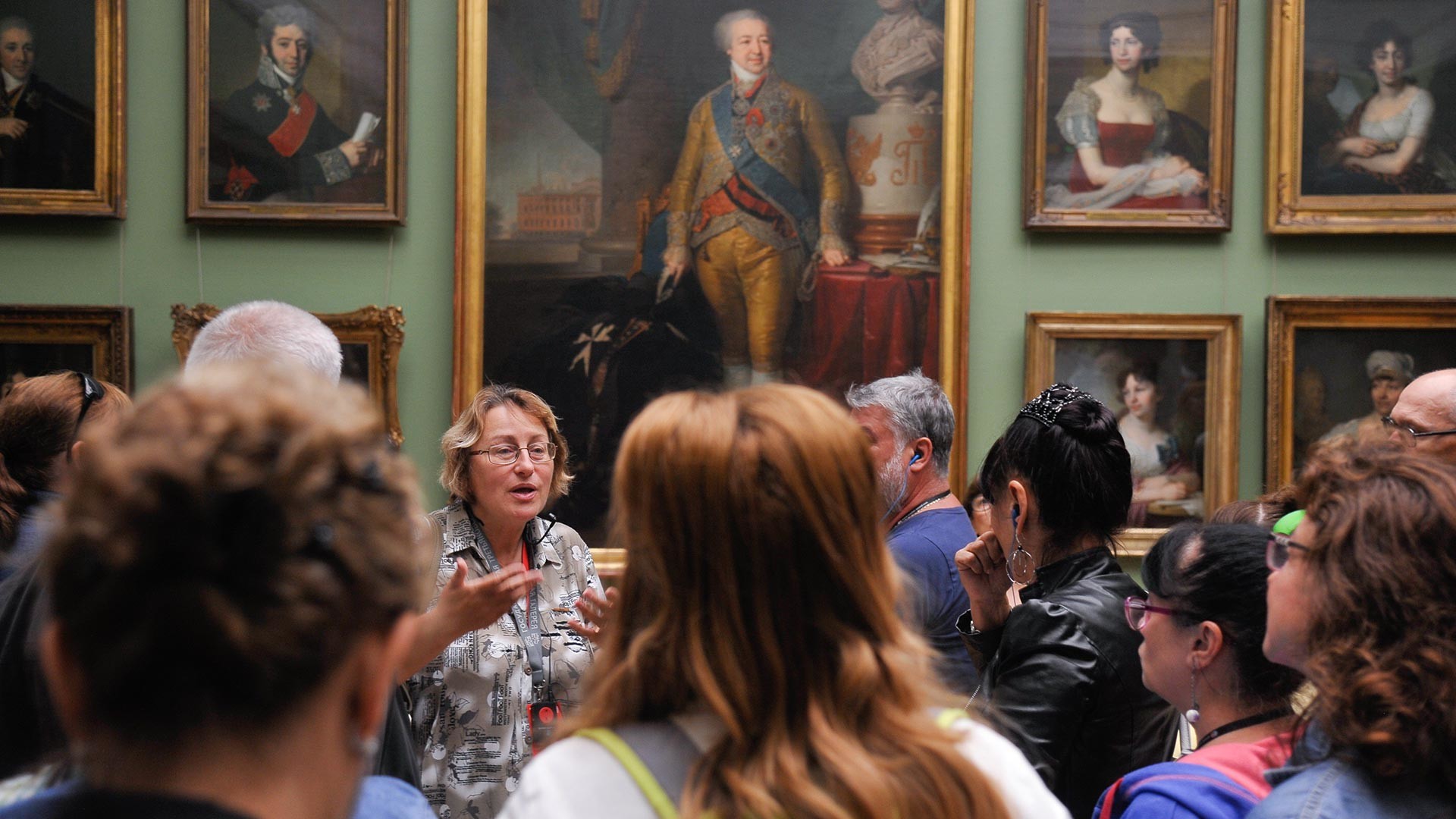 "No, these guys wear stockings not because they are cross-dressers."

What book would you recommend that really tells THE TRUTH? (Dmitri Timokhin, a scholar and a school history teacher from Moscow)

Many people still think that there’s an ultimate history book, like the Bible, that tells it all, and has answers to all the questions listed above, and even beyond that. Fortunately, history is not a religion and allows for different interpretations of reality.

Why did they nail him to the cross? (Georgy Manaev, a historian from Moscow)

Let me finish with the most fascinating question I heard when I was working as a guide in a museum. While telling the tourist group about the 17th-century icon depicting the Crucifixion of Jesus Christ, I got interrupted by a 6-year-old boy who was really concerned about the man depicted. “Why did they nail him to the cross?” the worried boy asked. I believe he should have asked his parents, instead.