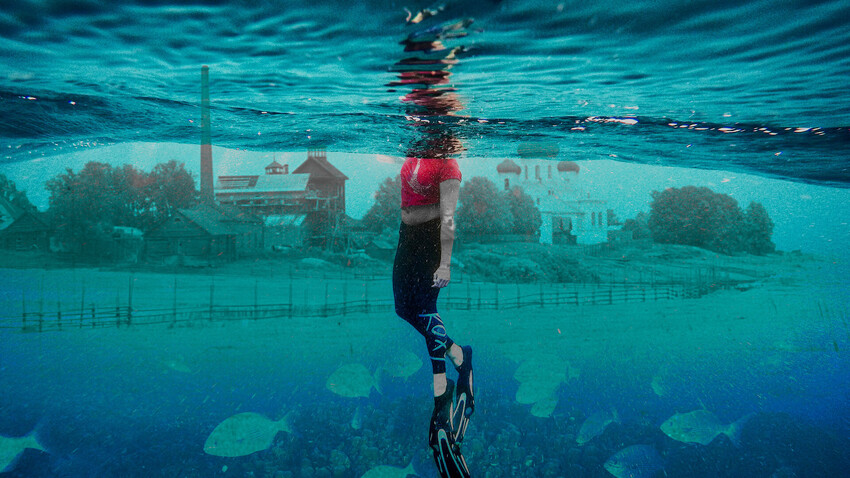 Kira Lisitskaya (Photo: Sergei Prokudin-Gorskii, Pixabay, Unsplash)
Why were old trading cities flooded and what remains of the former Genoese fortresses on the Black Sea coast? Discover these ghost cities and others in different parts of Russia.

It was not very long ago that these settlements and towns, which were abandoned, flooded or destroyed in natural disasters, could still be found on the map of Russia. What is in their place now? 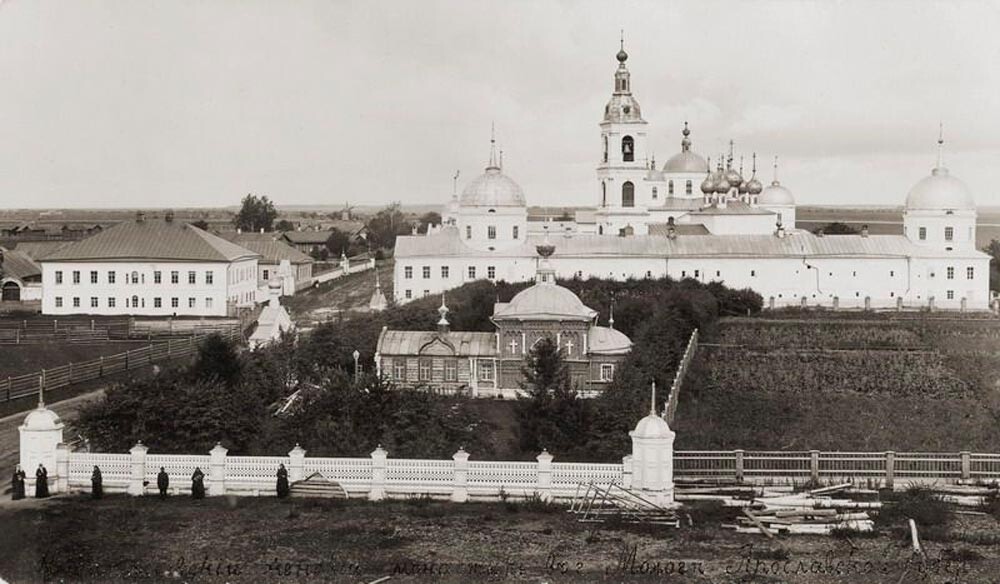 The Afanasyevsky monastery in Mologa.

The ‘Russian Atlantis’, as this once prosperous trading town is often called, was flooded during the construction of the Rybinsk Reservoir in the 1940s.

The town of Mologa (270 km north of Moscow) dated back to the 12th century and was an important trading center in the Russian Empire, where large fairs were held. It was also home to the old Afanasyevsky monastery, which was built in the 15th century.

Before it was flooded, Mologa had a population of some 7,000. Their resettlement took about four years. Log houses were dismantled and transported down the river. Stone houses and tall buildings were demolished, so that they would not interfere with navigation.

Most of the former residents of Mologa resettled near the city of Rybinsk. A museum of the Mologa region has also opened there. 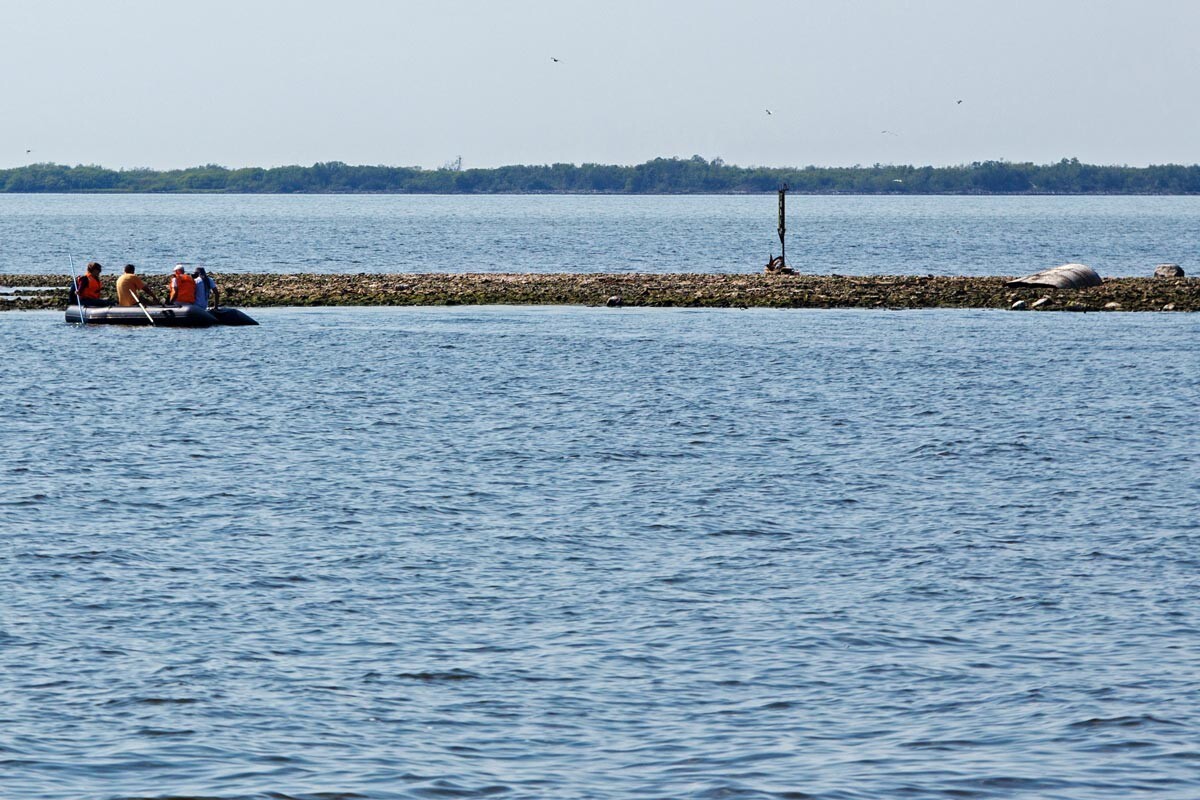 The area where Mologa was located.

Sometimes, the water level in the area where Mologa used to stand subsides and the ruins of its buildings rise above the surface. The flooded city attracts many tourists and divers, who go underwater to see the old streets and remains of old houses.

(Read more about the history of Mologa here) 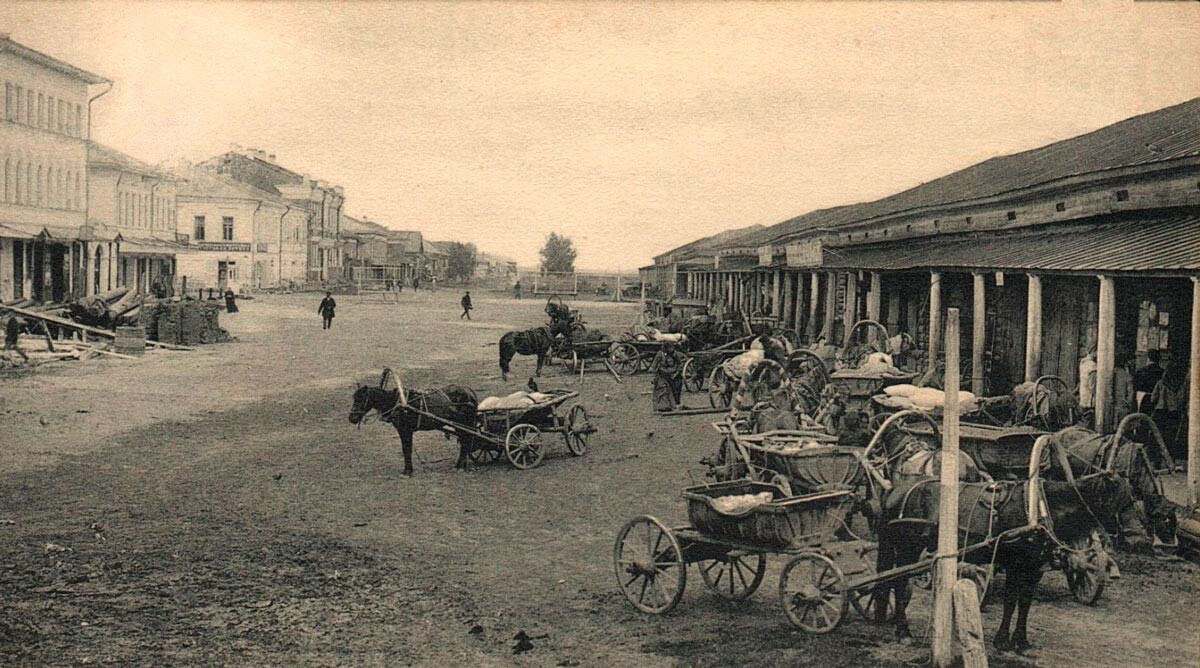 One of the central streets of Vesyegonsk. The photo was taken before 1916.

The town of Vesyegonsk (420 km north of Moscow) in the northern part of the Rybinsk Reservoir suffered the same fate as Mologa. It, too, was an old trading town with a shopping arcade, expensive houses and stone buildings. Before it was flooded, Vesyegonsk had a population of about 6,000. Its houses began to be dismantled in 1940 and the town was finally flooded in 1943. World War II was already under way and the town’s men had been drafted into the army. So all the resettlement work had to be done by women. Residents were resettled into collective farm lands to the south of the old town. The new settlement received the same name. 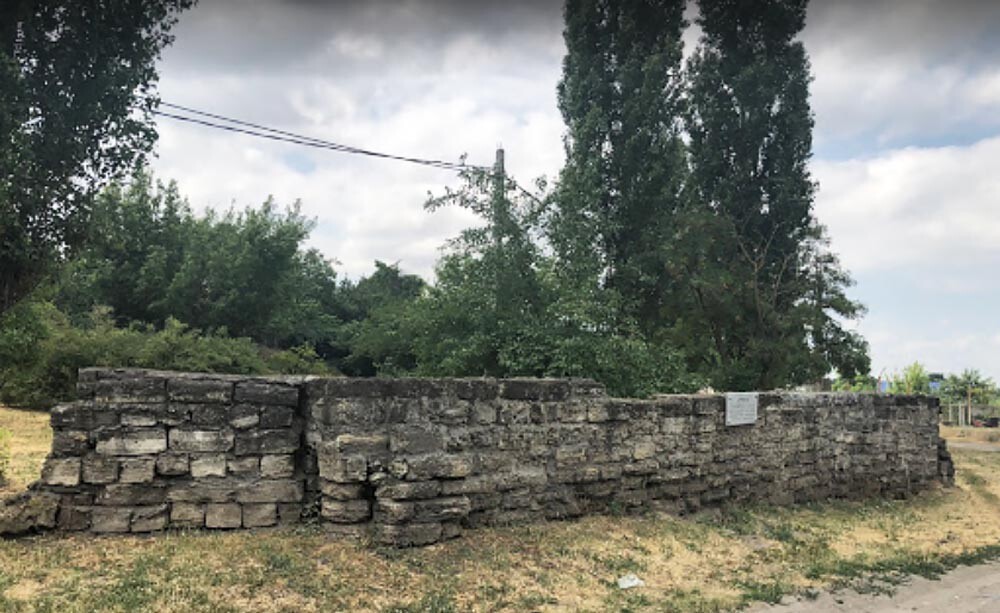 The remains of an ancient Genoese gate in Azov.

On the outskirts of the present-day city of Azov in southern Russia, there is a street named after the Italian city of Genoa. There are also the remains of an ancient Genoese gate there, which was once part of a medieval fortress. In the 12th-14th centuries, the neighborhood of this site was part of the city of Tana, founded by Italian merchants. One part of it was populated by the Genoese and the other, by the Venetians, who were constantly in conflict with each other. This, however, did not prevent the city, which stood on the trade route from Moscow to Constantinople, from being a flourishing trading center. During the Golden Horde (mid-12th century) Tana (or Tan) passed to the Tatar-Mongols. The city witnessed numerous hostilities, but was rebuilt over and over again, until it fell in 1475 under a Turkish invasion. 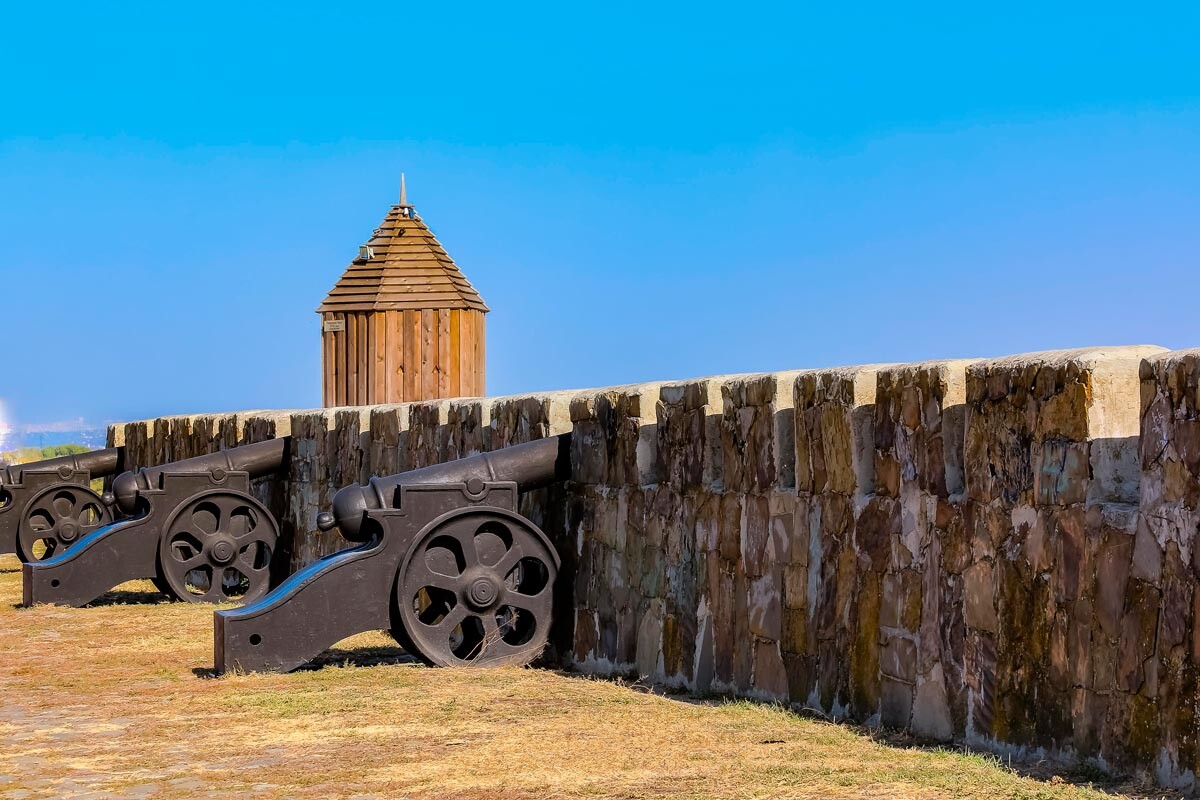 It was then that the Ottoman Empire founded the Azak fortress, which today is located in the center of the city of Azov. 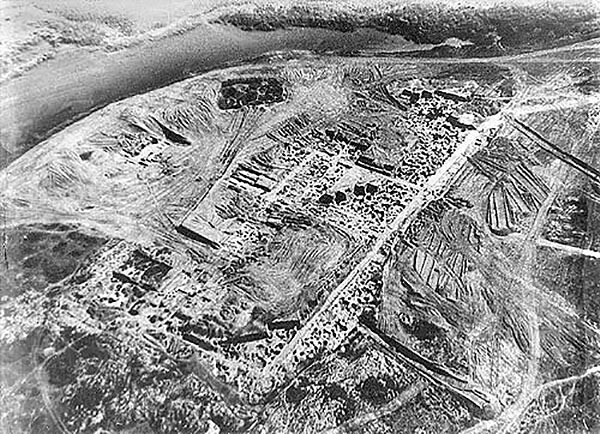 Sarkel. Aerial view from the Soviet excavations in the 1930s.

Sarkel (which means “white fortress” in the Khazar language) is an ancient city lost at the bottom of the Tsimlyansk Reservoir. It was built in the middle of the 9th century on the banks of the Don River in southern Russia as an outpost of the Khazar Khaganate, a nomadic state. Sarkel came under Russian rule in the year 965, but was defeated by the Polovtsy in the early 12th century. Its residents left the city, having dismantled part of the fortress walls to build their houses with its stones. 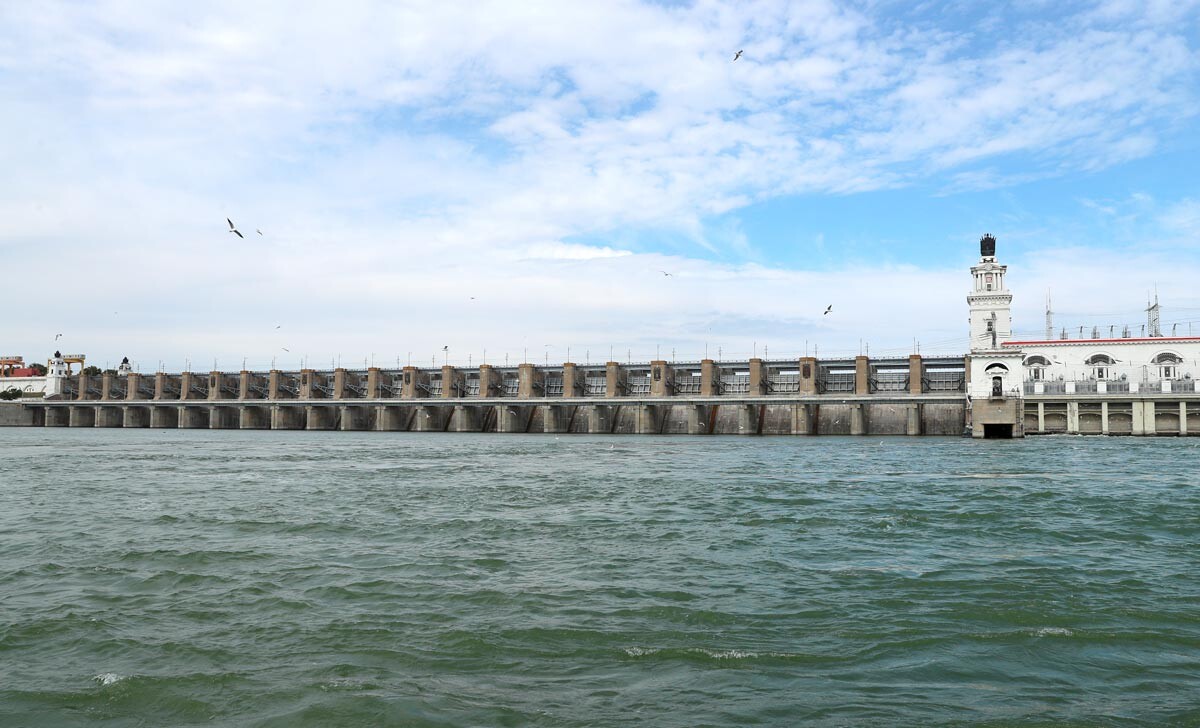 In the 1930s, Soviet archaeologists excavated these places and found what remained of Sarkel. Traces of its walls, remains of towers, gates and defense lines were quite well preserved. Ancient artefacts and household items discovered by the archaeologists are now kept in museums across Russia, mainly in the Hermitage in St. Petersburg and in the museum of Novocherkassk. The Sarkel fortress went underwater during the construction of the Tsimlyansk Reservoir in 1952. Divers still find its ruins underwater. 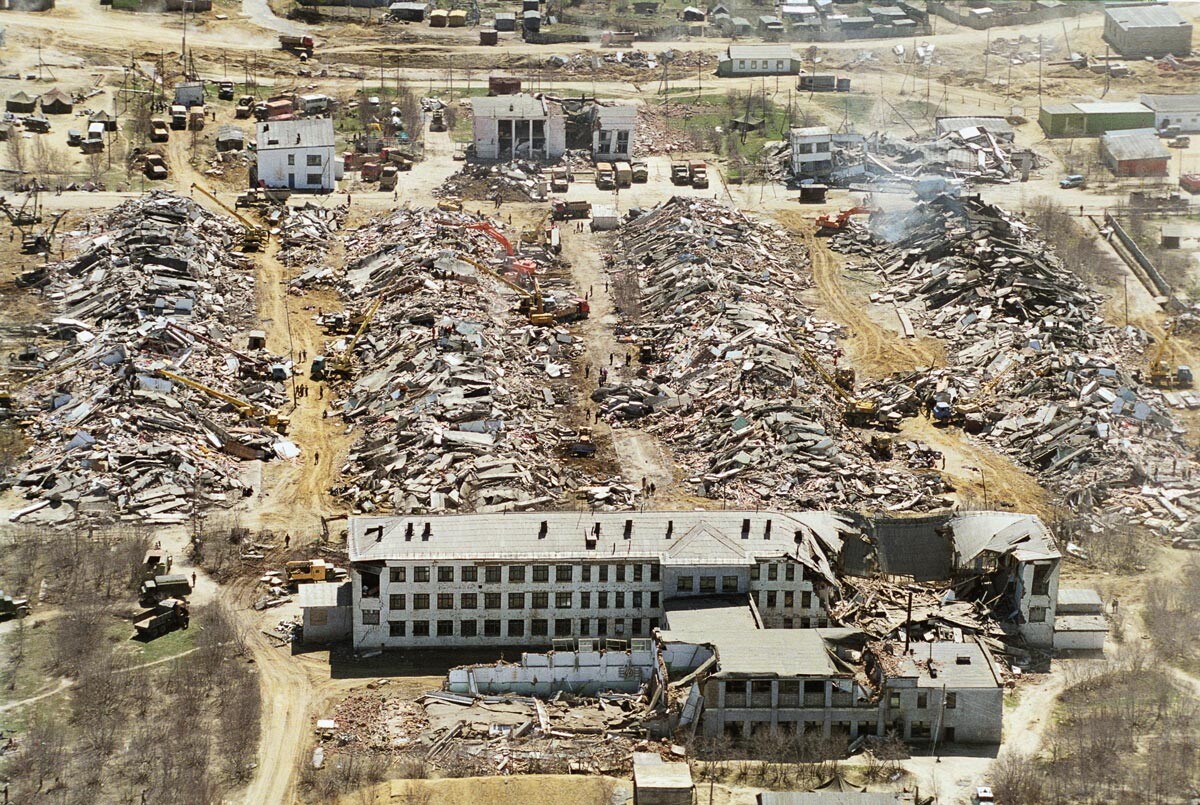 This settlement on the island of Sakhalin was destroyed in one of the worst earthquakes in Russian history. It happened in the early hours on May 28, 1995, and destroyed Neftegorsk in a matter of 17 seconds, killing 2,040 of its 3,197 residents. According to eyewitness accounts, houses in Neftegorsk simply crumbled, turning into dust. “When I opened my eyes, I realized that I was lying with my head on a board under a piece of roofing material,” recalls Tatyana Mironova, who was 10 at the time. “When I came around again, I heard people’s cries, the crackling sound of burning boards and the voice of my 14-year-old brother, whom I could see in a gap between the boards. I don’t remember how we all got out from under the rubble, but we all survived. We must have been born under a lucky star.” 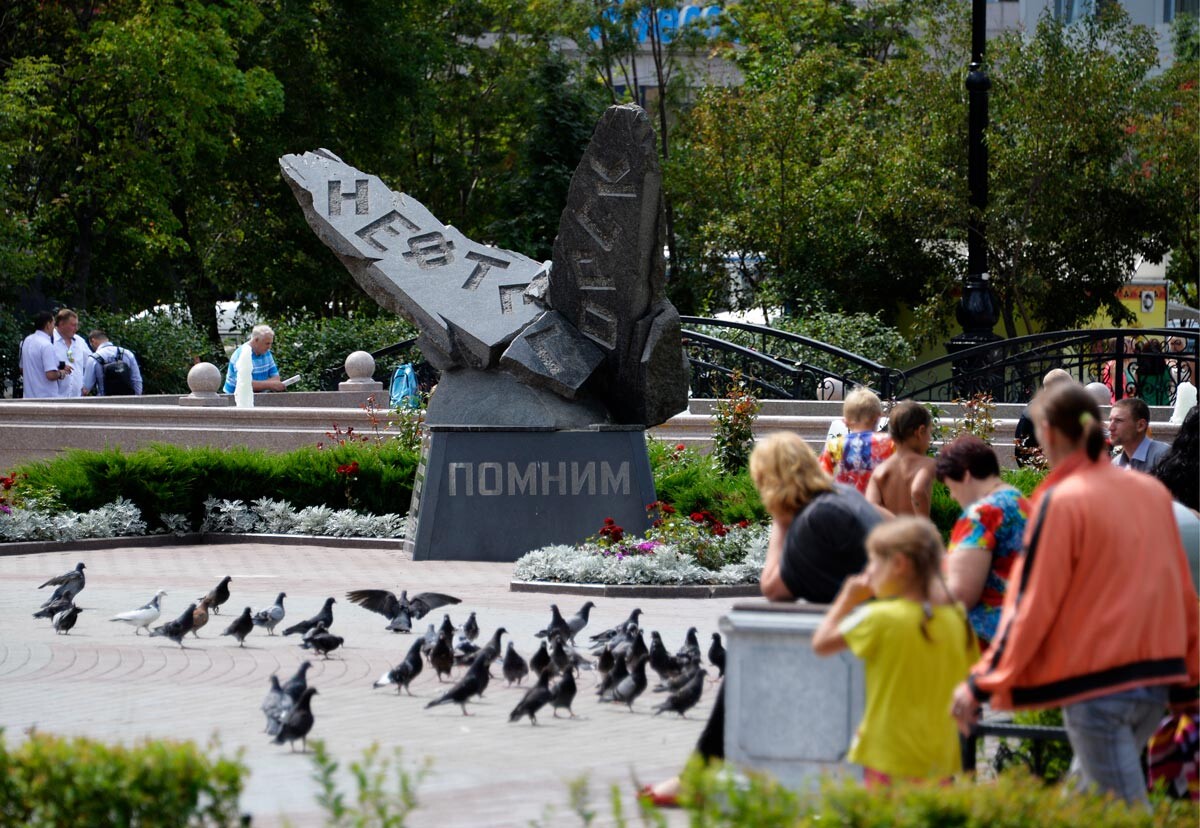 The monument to the victims of the earthquake. Yuzhno-Sakhalinsk.

The survivors were relocated to other population centers on Sakhalin, mainly the city of Yuzhno-Sakhalinsk. All that remains on the site where Neftegorsk once stood is a memorial with the names of the victims of the earthquake.