The 10 youngest towns in Russia 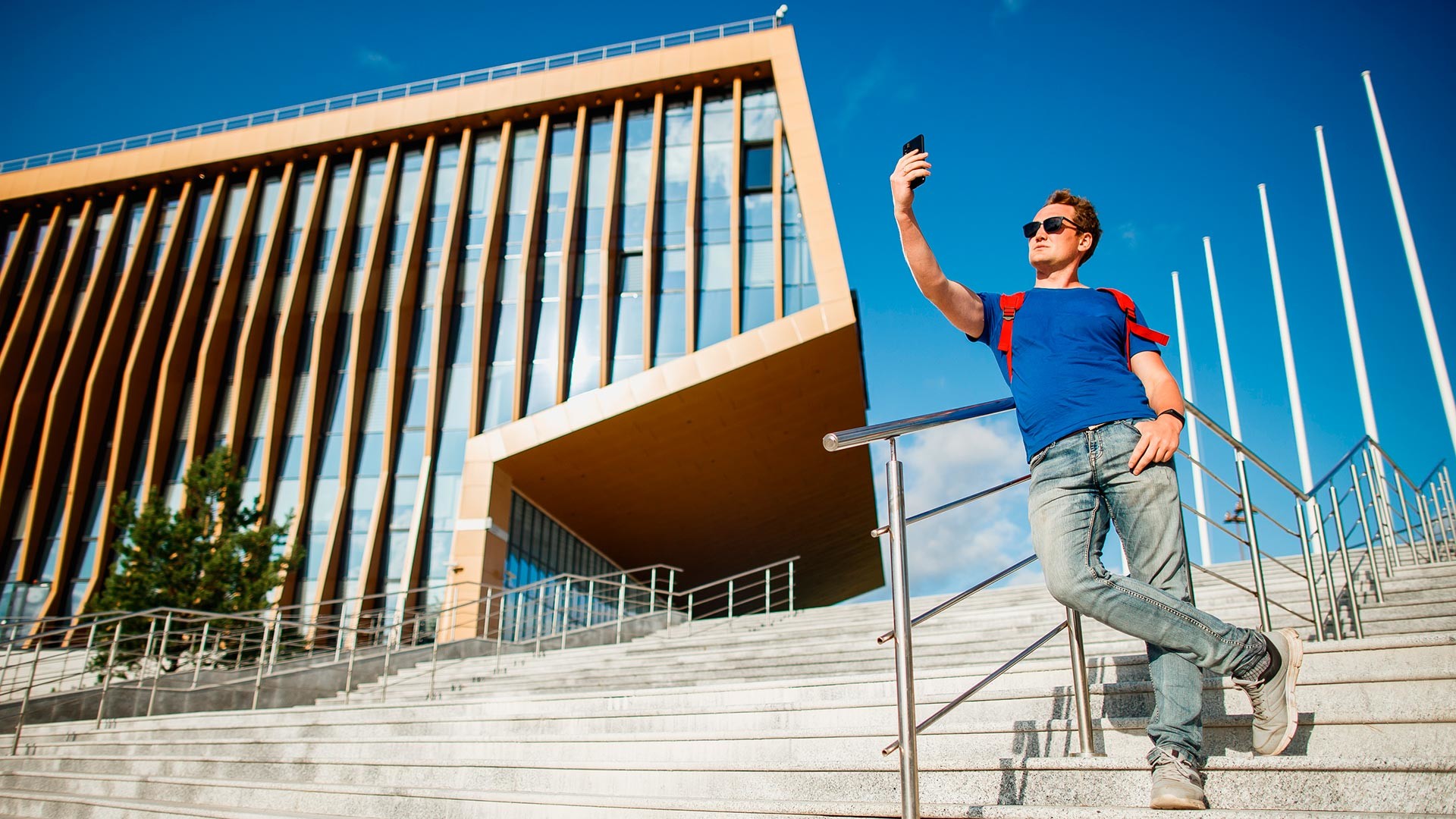 At the Innopolis University.

Legion Media
Nearly all cities and towns in Russia have long histories. New towns are a rarity, but every now and then an exception comes along. Here are some of the most interesting examples. 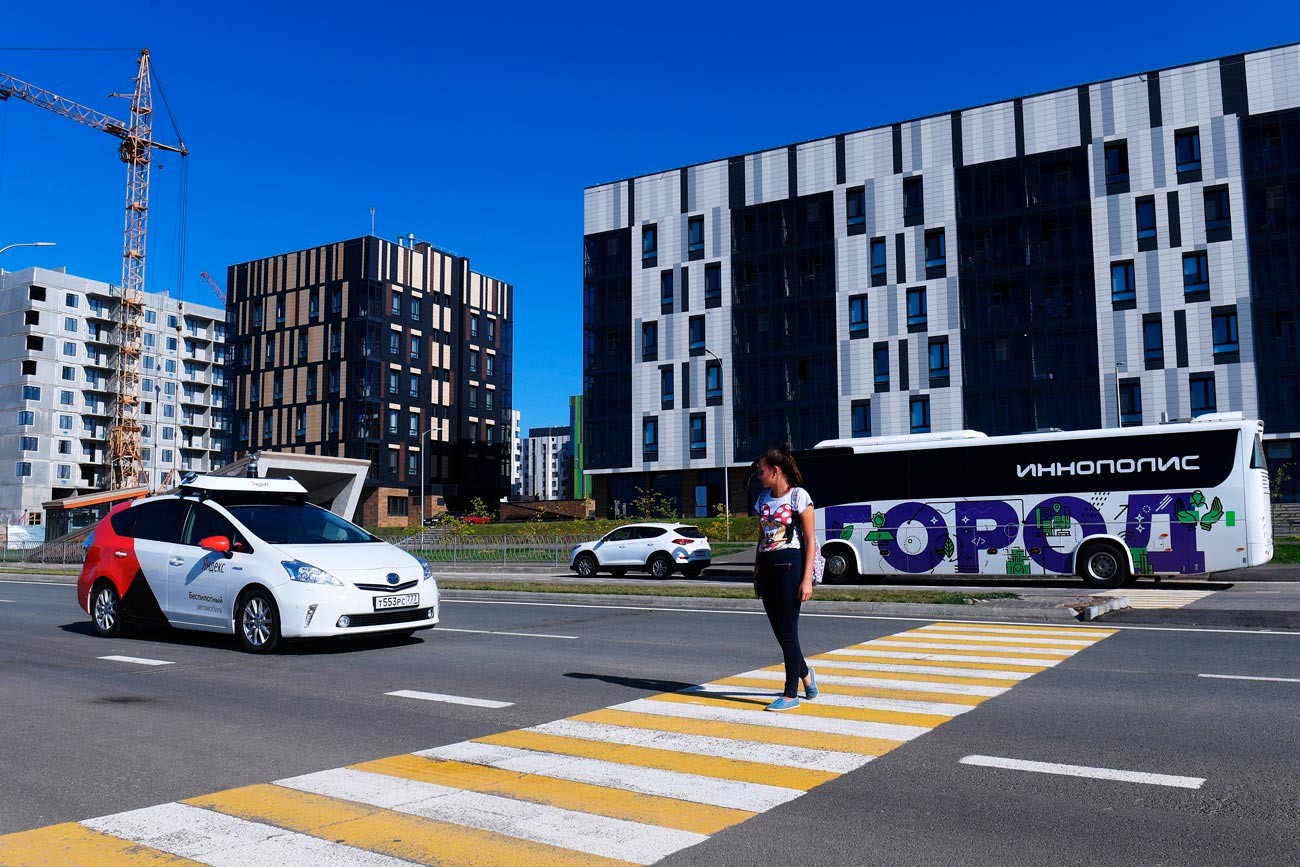 Innopolis—often dubbed Russia's "Silicon Valley" in the media—is a small town located 40 km from the capital of Tatarstan, Kazan. It was built in 2012-2015 for IT specialists, and, in addition to residential buildings, it has a university, a business center with offices of major Russian companies, co-working spaces and everything else one might need to live comfortably. Although 4,000 people live and work in a small area of just over 2 sq. km, the streets feel quite deserted. The thing is that the tech-savvy local residents prefer to work from home and communicate through social media. When they do go out, they generally use driverless taxis from Yandex, which are absolutely free of charge. You can read about this amazing town here. 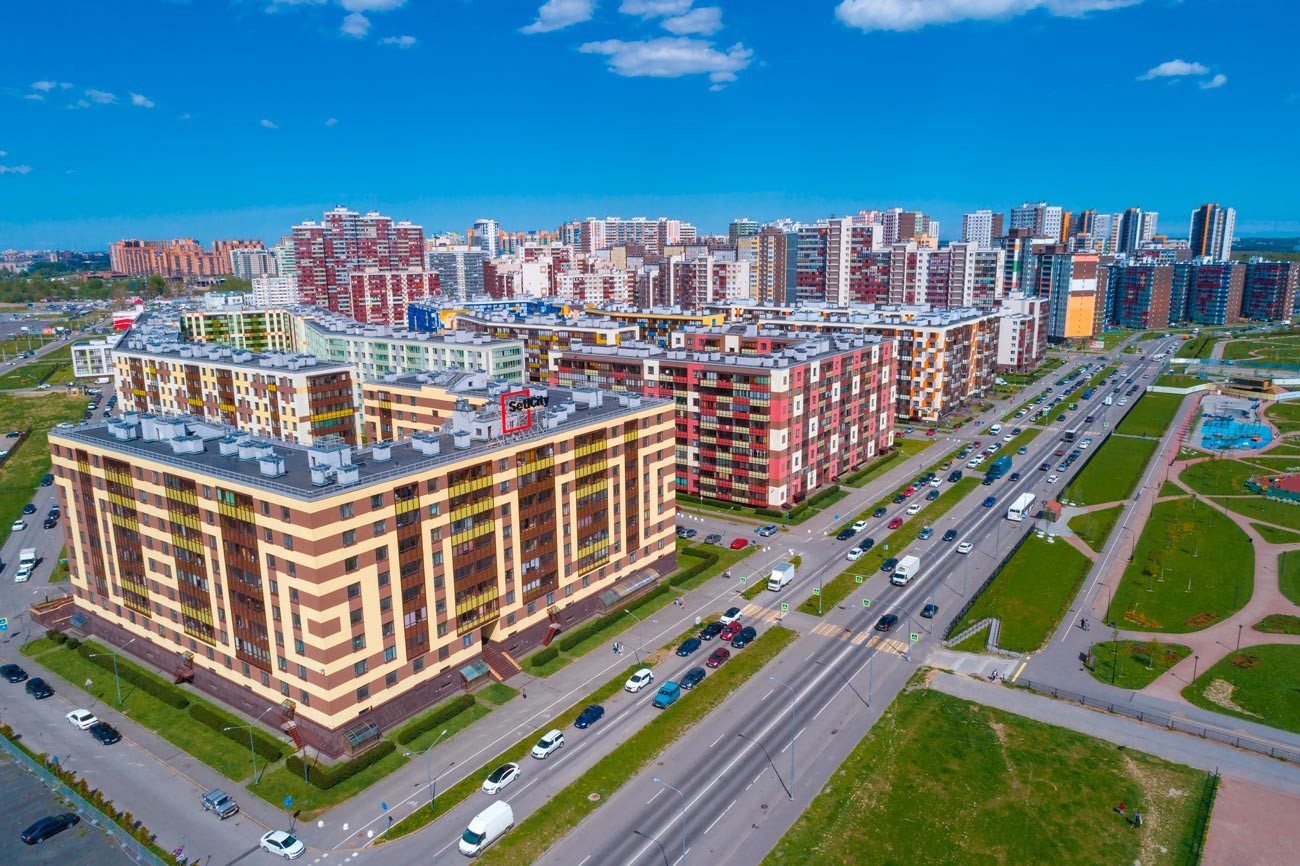 This is where you will find the biggest apartment block in Russia (if not the world). It has a whopping 3,708 apartments and 35 external entrances. In Russia, such buildings are nicknamed "cheloveyniks," a play on words that means something like "human anthills." In the past, a village was located here and later, in the Soviet period, there was a kolkhoz (collective farm) on the site. Then the construction project began, and by 2018 this St. Petersburg housing estate had grown so much that it was granted the status of being a town. And construction work is still going on. 50,000 people currently live here. 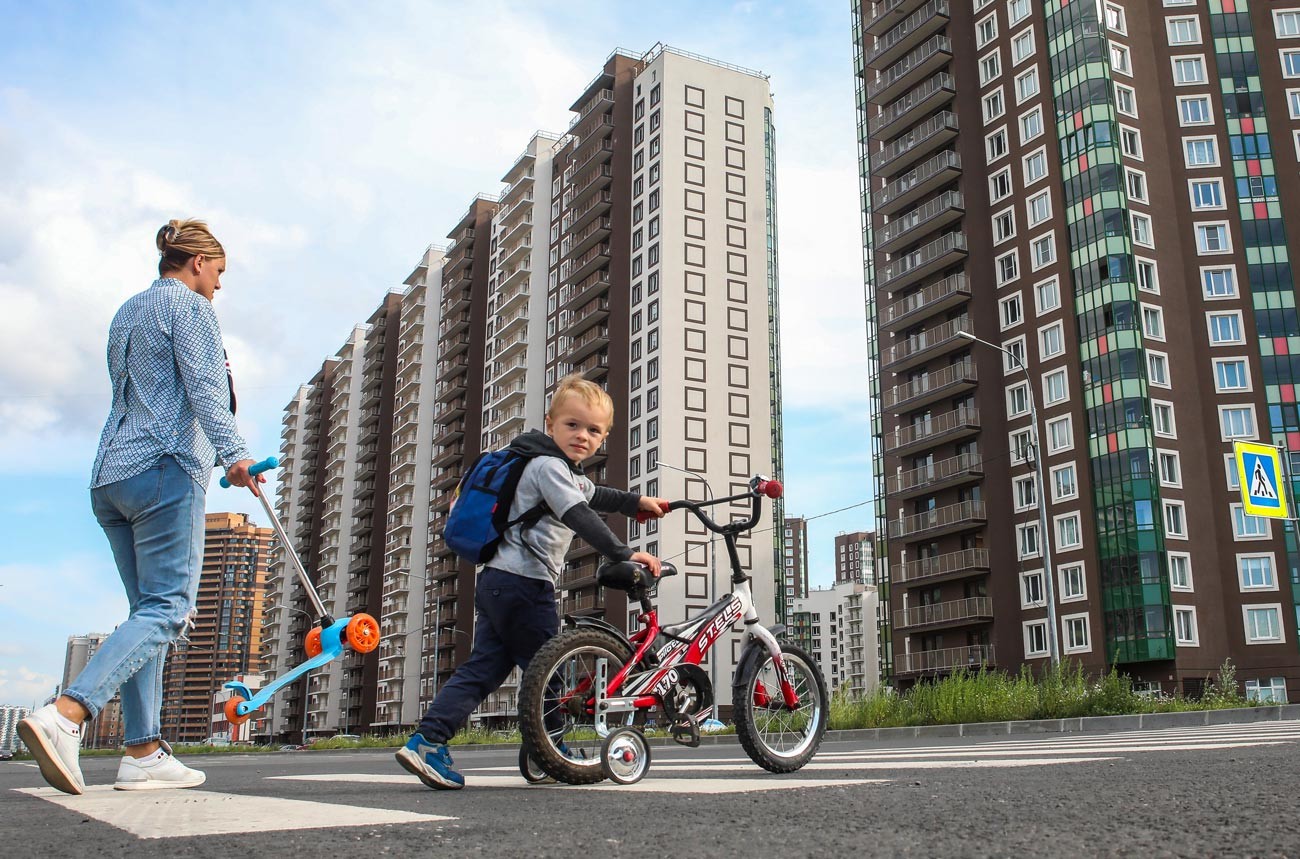 In 2019, another suburb of St. Petersburg called Murino was granted town status as well. Until recently, Murino was a village with a pre-revolutionary past. The village was demolished, and multi-story residential complexes were put up in its place. Its population has been skyrocketing ever since. In 2002, 5,000 people lived here, and today the number is around 80,000. 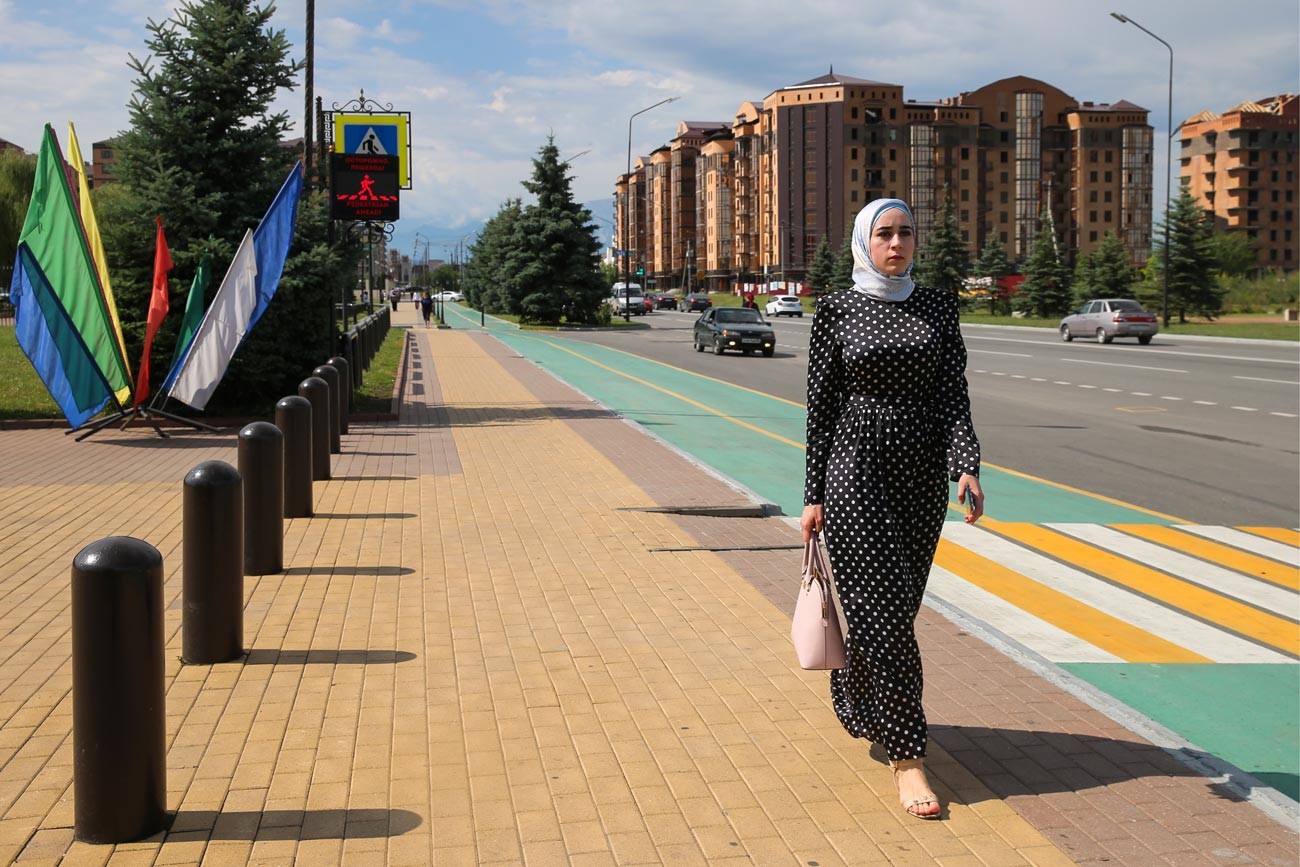 The town of Magas, population 13,600, is the capital of the Republic of Ingushetia, the smallest republic in Russia. Its construction began in 1994, and until 1993 the whole area had been part of the Checheno-Ingush Republic, with Grozny as its center. However, after the republic broke up, Ingushetia needed its own capital to accommodate the new regional administration. Ingushetia's biggest city, Nazran, was already densely built up and so the local authorities decided to found Magas just a few kilometers away. It was named after the capital of the ancient kingdom of Alania, where the ancestors of the Ingush and other Caucasian peoples lived. 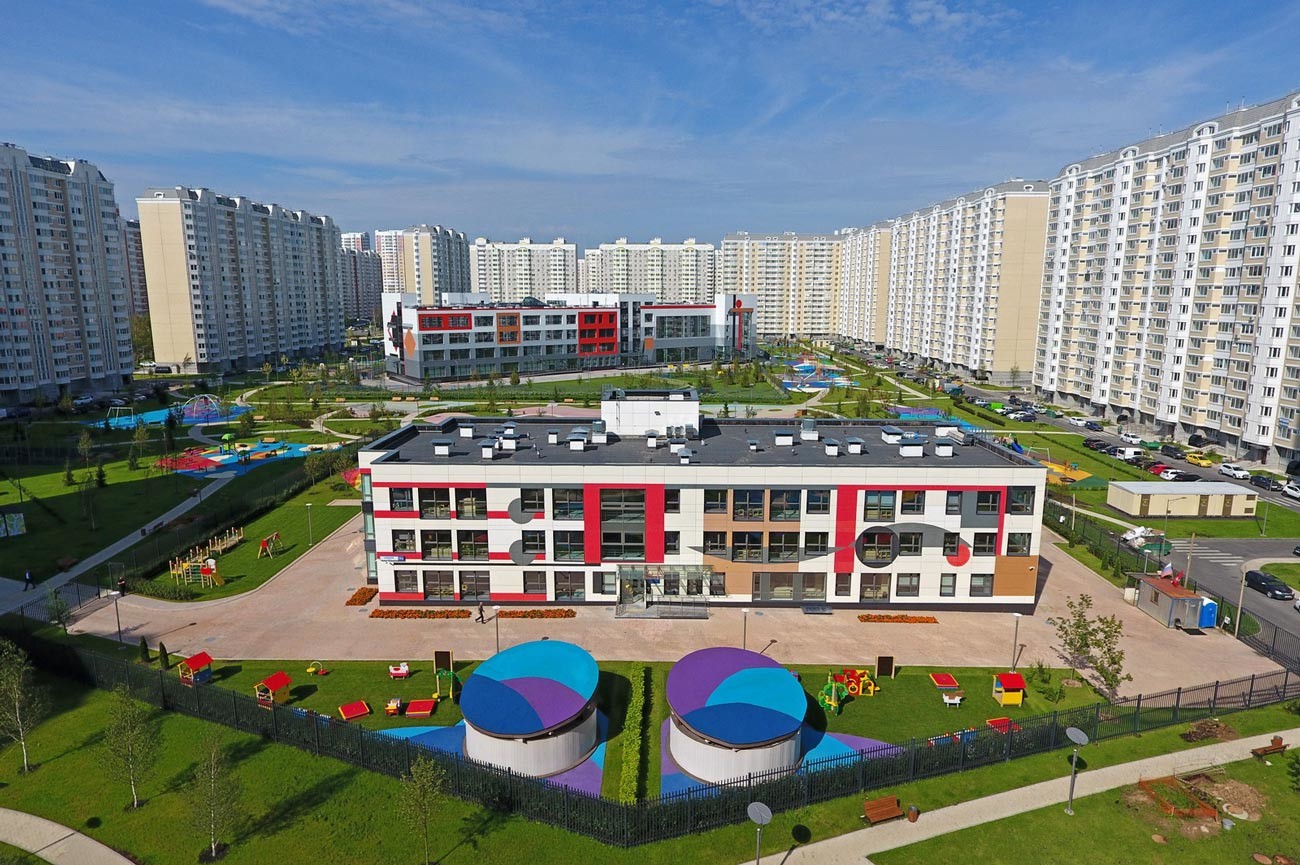 Moscow is so big that some of its districts also have town status. Until 2004, Moskovsky had been just an ordinary village to the southwest of the capital. Subsequently it was intensively built up with residential complexes and, as a result, became a town. In 2012, it became part of Moscow but still retained its town status. Today around 60,000 people live within the boundaries of Moskovsky. 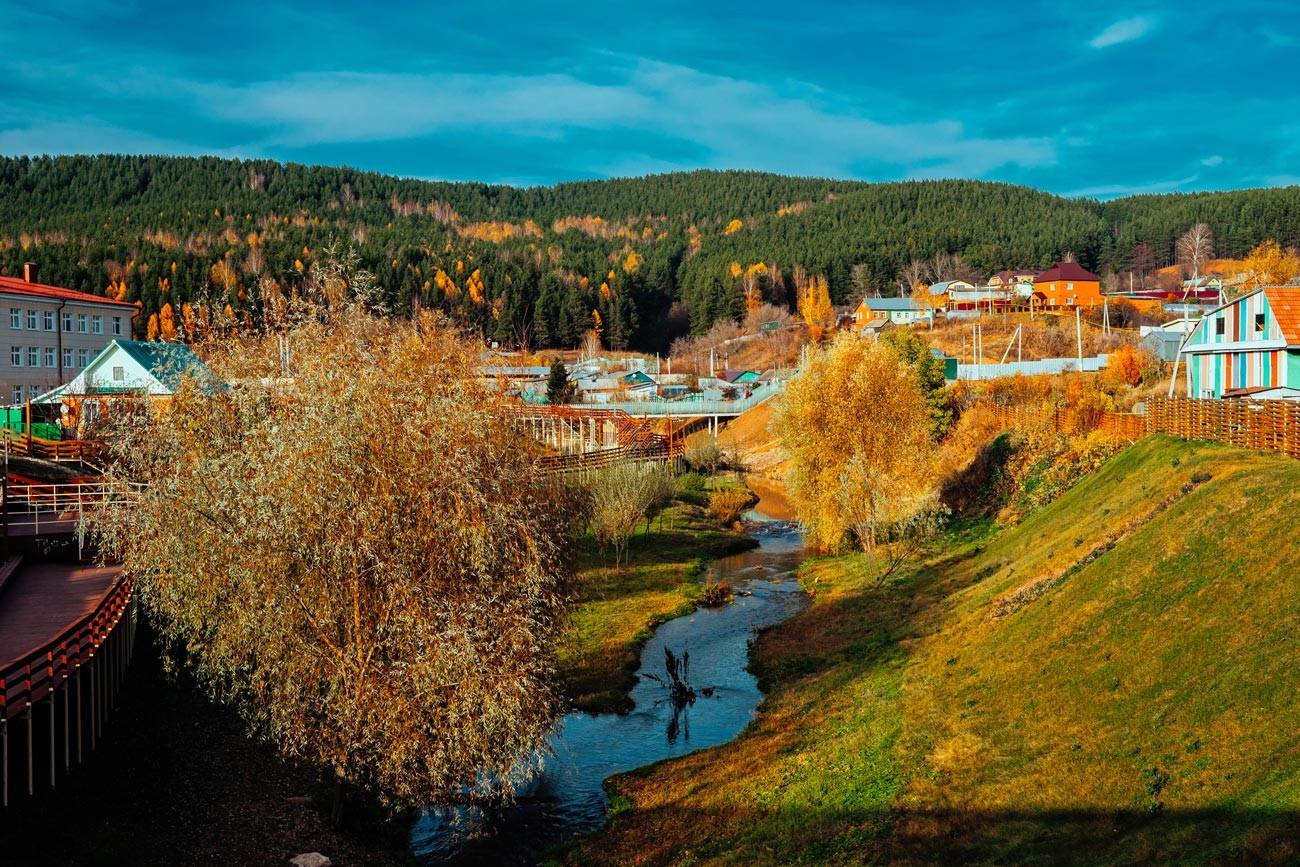 In 2017, the ancient village of Kukmor, 120 km from Kazan, was granted town status when its population reached 18,000. Kukmor is a popular tourist destination in Tatarstan. Valenki (felt boots) adorned with folk designs and copper kitchenware are made here, and the town also has a ski resort. 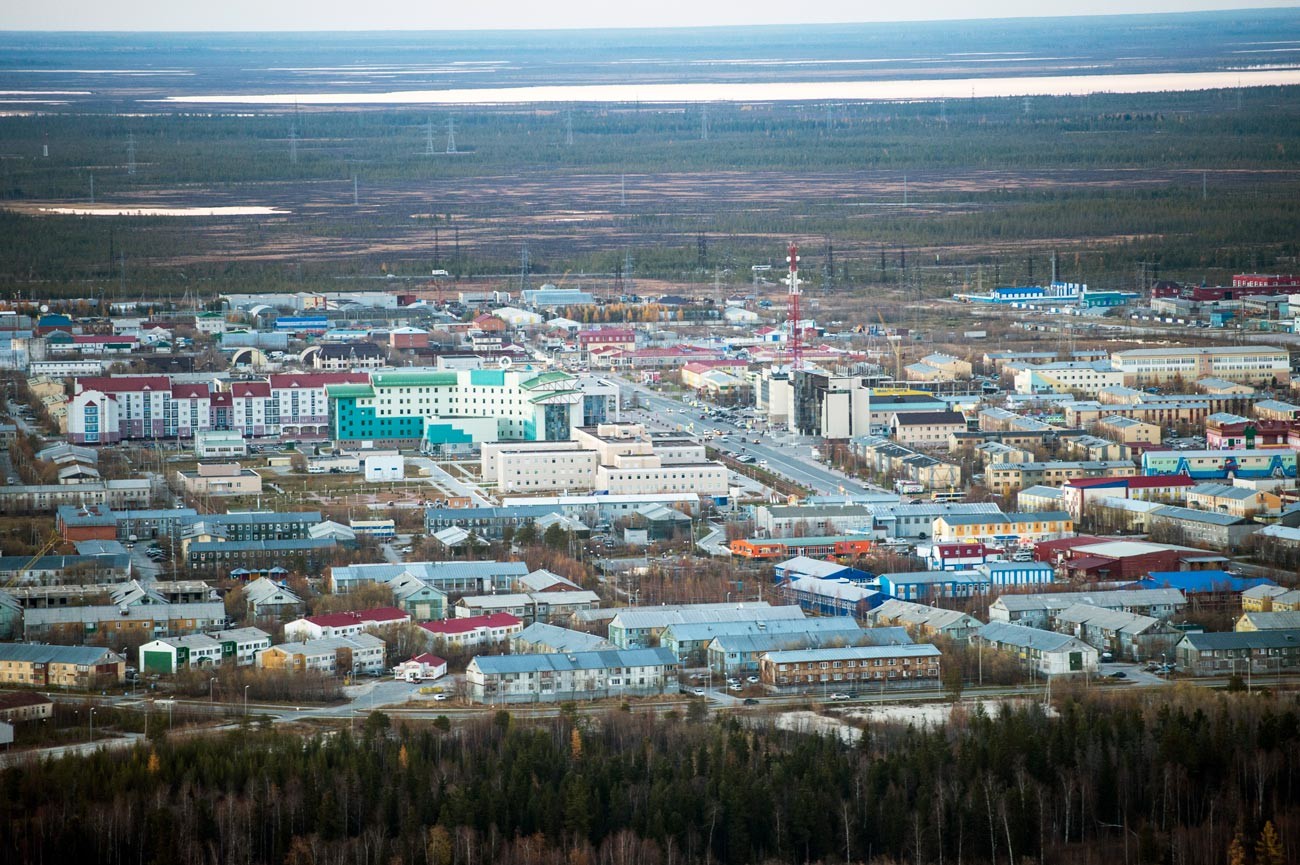 Gubkinsky was founded under difficult conditions in the middle of the Yamal forest-tundra in 1986, but by 1996 it had already been granted town status. The nearest railway station is 16 km away, and the closest airport is almost 200 km away. Despite this, the town's population is now almost 30,000. It is one of the youngest towns in Russia, not only in terms of when it was founded, but also from the point of view of the age of its residents—the average is just 29. Incidentally, the town has a very interesting Museum of the Development of the North. 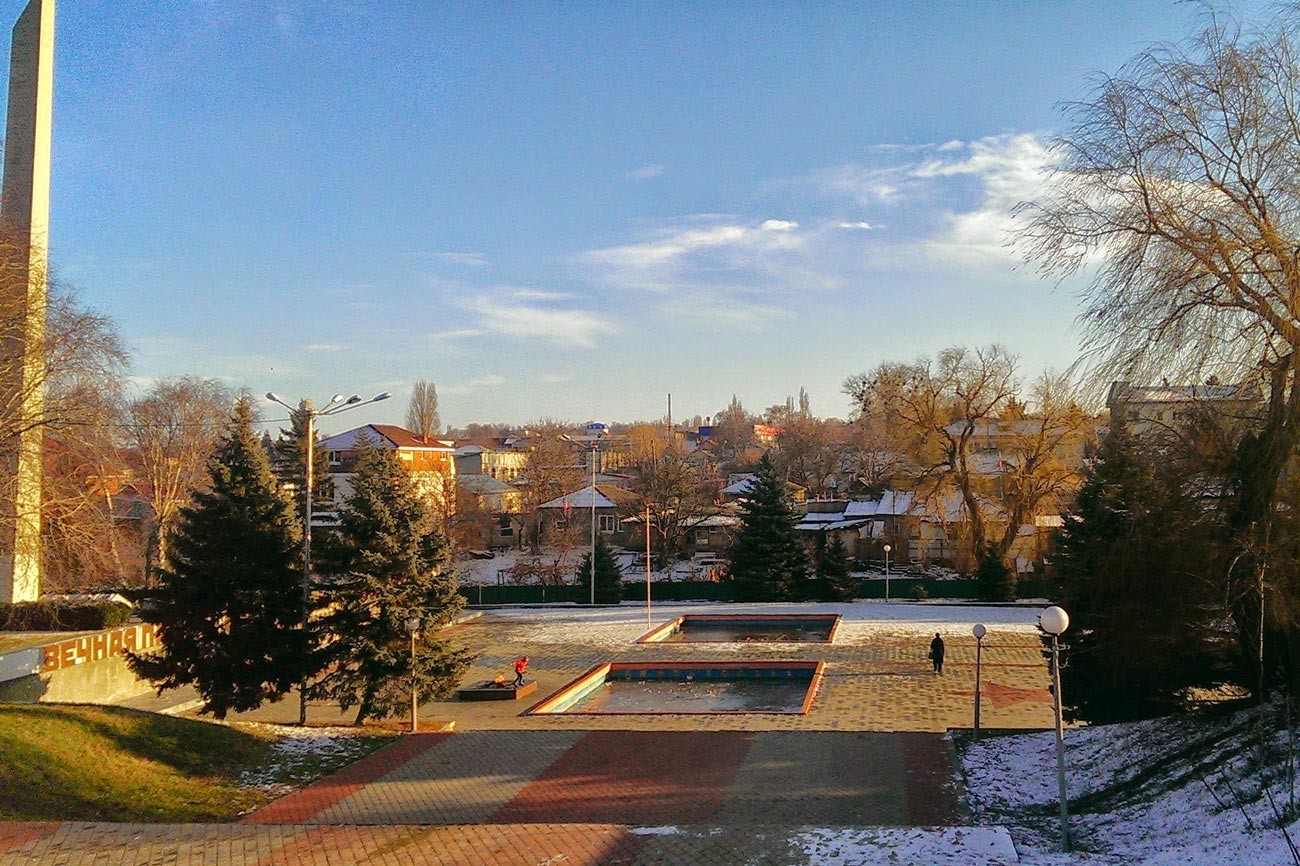 In 1999, the old village of Shpakovskoye in southern Russia was granted its new status and had its historic name restored. It has now grown so much that it is virtually next to Stavropol and has become a kind of satellite city. Both apartments and private houses remain much cheaper here, which continues to attract new residents as the town continues to grow. Over 95,000 people live in Mikhaylovsk at present. 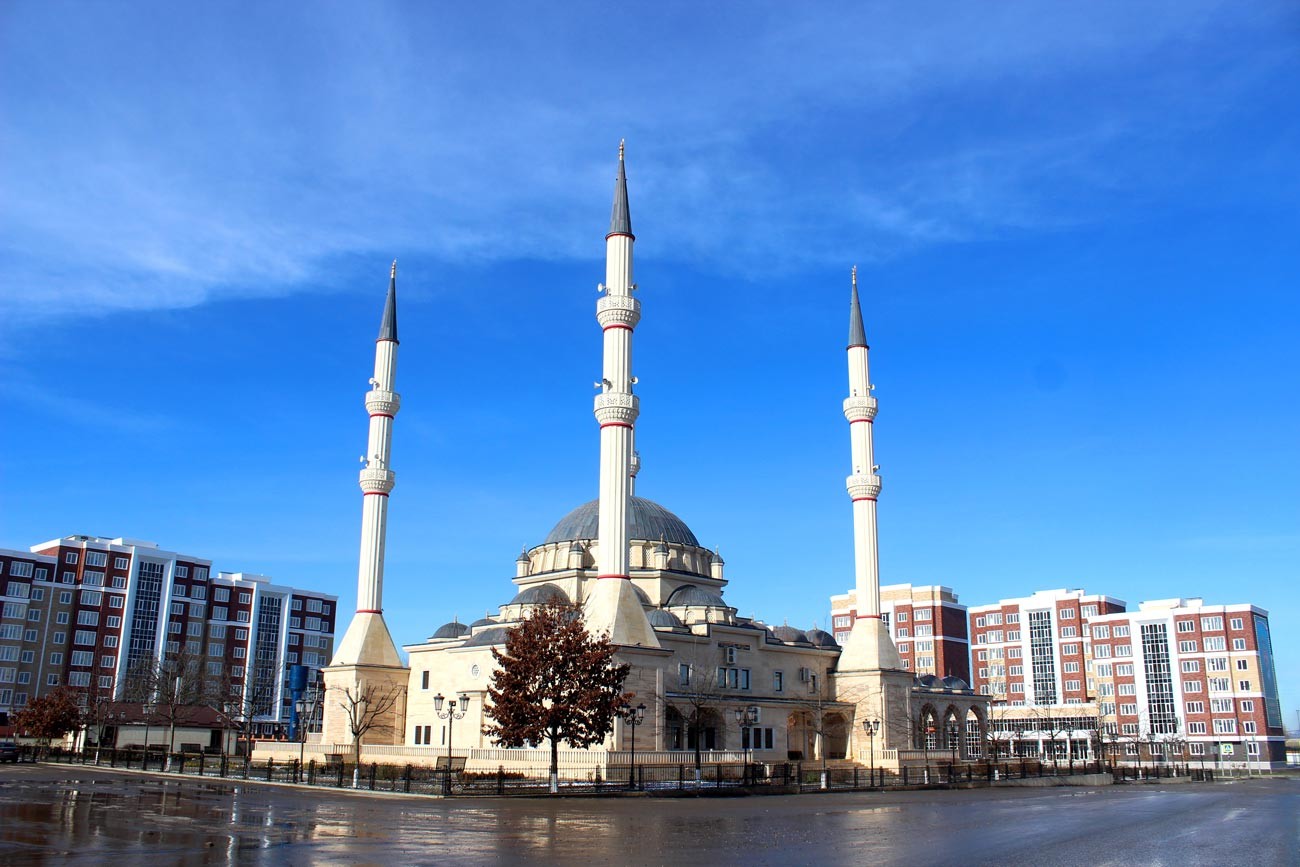 This new town, 40 km from Grozny, emerged in 2019 from a village of the same name. Intensive construction of new residential buildings, schools and sports facilities is under way, and the population is growing. In 1990, there were fewer than 10,000 people living in Kurchaloi, but today there are more than 27,000 residents. 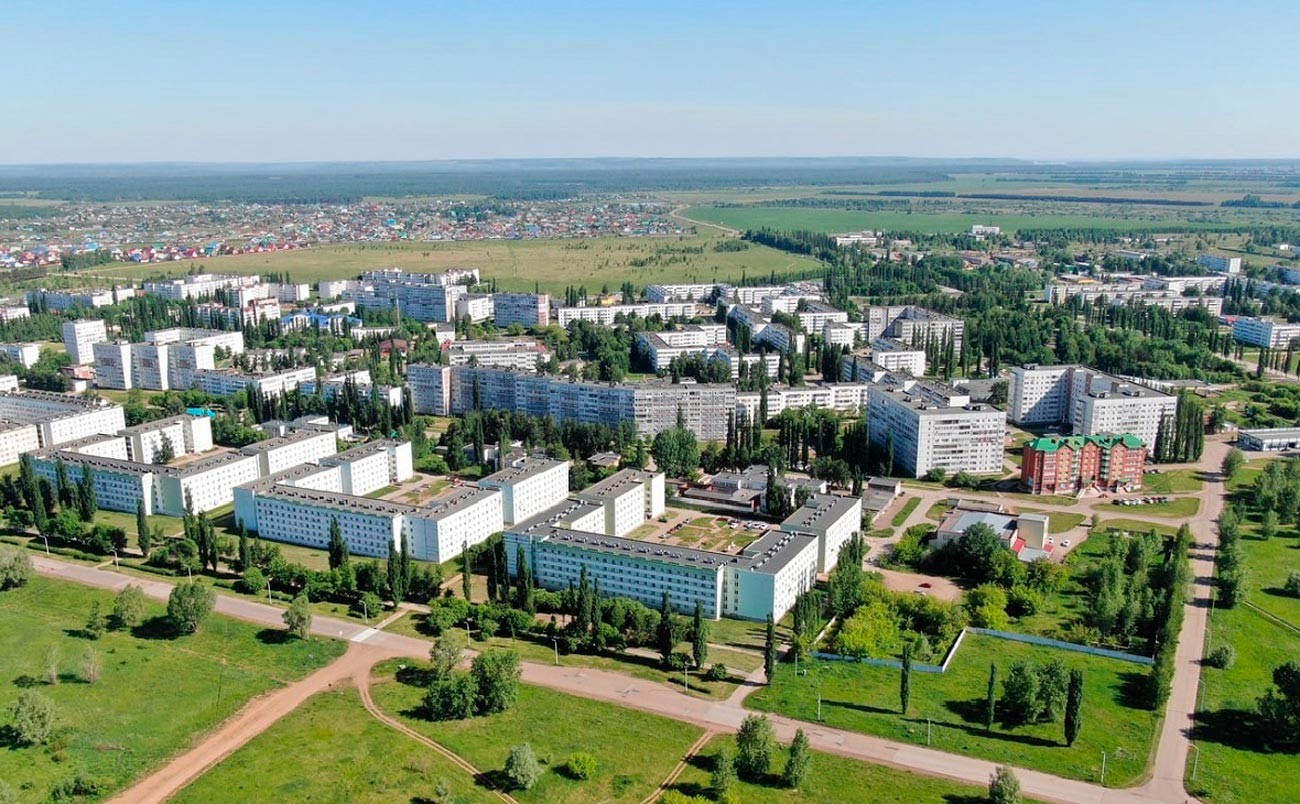 Another very young town in Russia—located 200 km from Ufa, the capital of Bashkiria—Agidel was initially built as a settlement for employees of the Bashkir nuclear power plant in 1980. Then in 1991, it was granted town status. The nuclear power plant was never completed, and residents have been gradually leaving Agidel because there is no work. In 1998, 20,000 people lived here, but only 14,000 remain today.