What do Russian astrologers foresee for 2018? 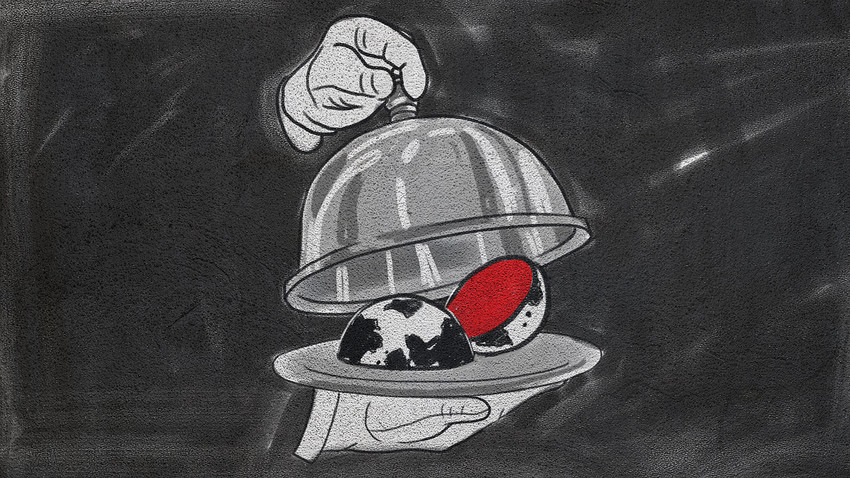 Natalya Nosova
The New Year has only just begun, but what surprises does it hold in store for us? Russian astrologers have many predictions to share. Which of these seem credible to you?

To be honest, 2017 was a tough year: natural catastrophes, geopolitical standoffs, mass shootings and terror attacks. Will 2018 be any different?

Here is a pick of what Russian astrologers have to say about it. Who knows, perhaps some of these forecasts will turn out to be not only entertaining but also true. Here are some noteworthy quotes to remember.

“The year ahead is going to be a very difficult one with events happening very fast and at unexpected times.”

“This is a time of conferences, negotiations, discussions and the emergence of new trends in both politics and economics… There is going to be a certain return to the perestroika years in the autumn of 2018. This period will be connected with tough confrontations and the emergence of a whole new systematic opposition and it will depend on the world leaders how the situation will evolve further. This doesn’t only concern Russia, but other countries as well … One might even expect regime change in some states, especially in Eastern countries.”

“Man-made catastrophes are possible in the autumn. Earthquakes and water-related disasters can occur in the summer. A catastrophe may also be experienced in October-November.”

“There are no reasons to think that the leaders (Vladimir Putin and Donald Trump) will be replaced this year. In this time of unpredictable shifts they will not only manage to keep their position but also gain a certain advantage.”

Natalya Nesterenko, an astrologer and psychotherapist, also thinks that the year ahead will be very contradictory, as she writes on her website (link in Russian).

“2018 will be a year of contradictory trends. New developments and conditions, ideas of progress, higher level of freedom and innovation will become a part of our daily lives while familiar practices will be transformed.”

“Many revolutionary and futuristic ideas that have emerged over the last seven years … will now be brought to life and implemented. The market for crypto currencies will develop further in the next seven years and will transform the global economy … Apart from that, humanity will find new green technologies that will trigger reforms and innovation in the use of natural resources.”

“The end of July might see global catastrophes, crises and disasters as well as technological breakthroughs, scientific discoveries and innovation, including everything related to finance, natural resource management and economics.”

Russian astrologer Alexey Kulkov also shares his vision for the year ahead on his website (link in Russian).

“In 2018 one might expect financial shocks (in Russia). So-called unpopular decisions might take place. Some laws might get stricter and new rules in the financial sector might also emerge. Some limitations and tough new practices might be introduced … The country will find itself in a situation that might disrupt its economy and well-being."

“Some kind of tragic events might happen in winter 2018 … it is not excluded that these might be related with mass protests that will be brutally suppressed.”

“In March 2018 the political situation in the country will remain the same; the ruling elite will not change.”

Svetlana Dragan, another famous Russian astrologer focusing on predicting geopolitical trends, writes (link in Russian) that the year will be characterized by tense political developments close to open conflicts.

“The fight for financial leadership will get more fierce! Power will become concentrated and distributed by camps. The time has come for the building of a new world order...”

“Humanity is heading towards a nuclear confrontation. The Earth itself is entering a period of colossal seismic activity and catastrophes related to the destruction of the earth's surface. The most significant events of this kind will occur in the middle of summer.”

“The war for natural resources and capital will get tougher and new actors will come to the fore … The U.S. will ‘tighten the screws’ trying to win a leadership position. The price for oil will increase.”

“The possibility of war is clear for the future of Russia. It will push the country to rethink not only its image but also the ruling elite.”

“The fight for Ukraine will continue with a new start in February … The final act of this story will be decided after mid-July. This will be a difficult situation, for Russia especially. Practically almost an open war will be declared against it. Political tensions will be fierce.”

Want to know more about what the year might hold for you personally? Check out our alternative horoscope.