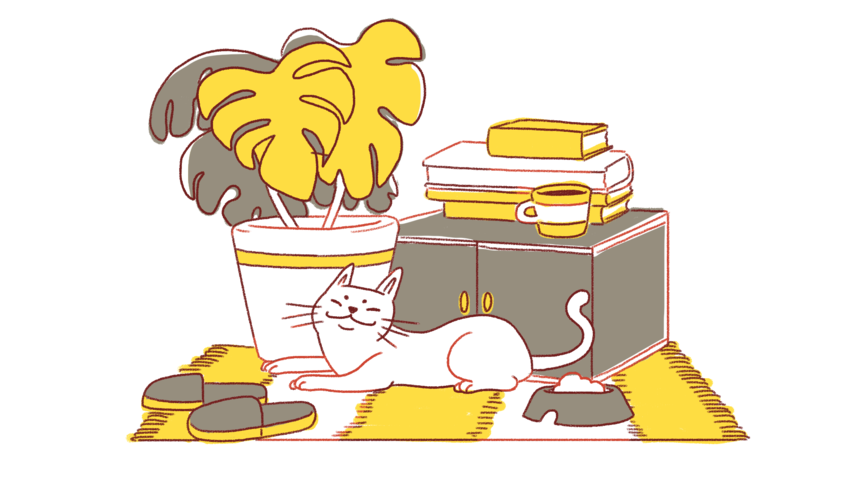 Tatiana Manaeva
Housing in Russia differs from what you find in Europe or the U.S. The forms of ownership, communal and private spaces, balconies as a luxury, and noisy neighbors behind thin walls – these are just some of the peculiarities of Russian residential living.

If you think an apartment that's 300 square feet in size is not fit even for a college student, then you’d be amazed to learn that many Russian families often raise children in such tiny properties. Let’s take a look at how Russians make their home in these small spaces.

The first distinct feature of Russian housing is ownership – as of 2016, over 87 percent of families own their place of residence (a result of privatization in the 1990s and 2000s). But much of these Russian houses and flats were built before 1970. The average Russian family, comprised of three to four people, lives in a two-room apartment that is approximately 50 square meters in size.

In fact, 64 percent of Russian families live in apartments smaller than 60 square meters. How do they do it? Let’s take a short tour of a typical Russian apartment. 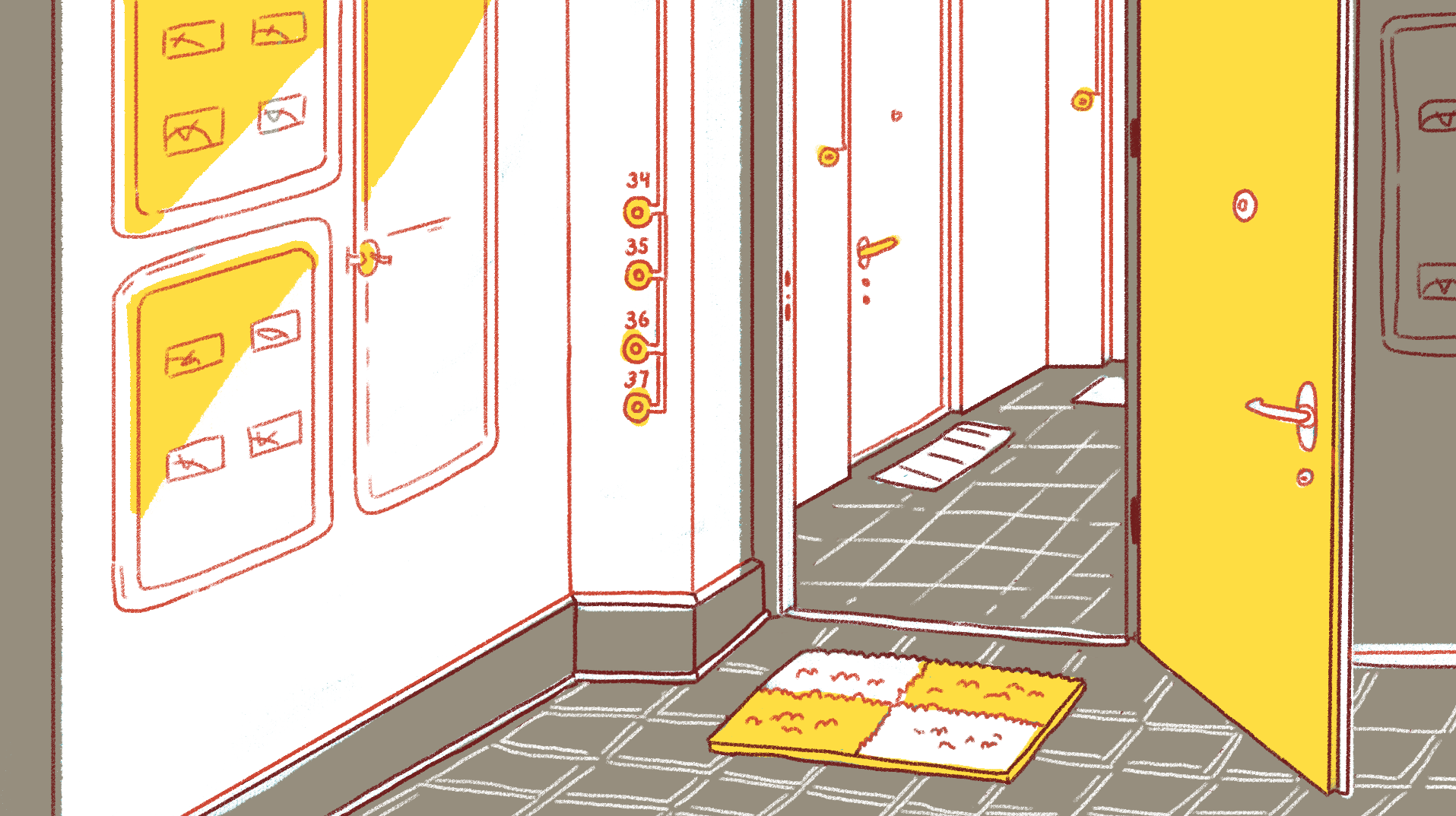 Most Russians live in apartment buildings. The stairwell is considered public space, and is cleaned by communal services. Thus, most Russians don’t bother keeping it tidy. Not surprisingly, you can't keep your belongings in the stairwell, which is a violation of fire safety rules. Nevertheless, because of the small size of apartments, items such as bicycles and strollers are sometimes kept there. 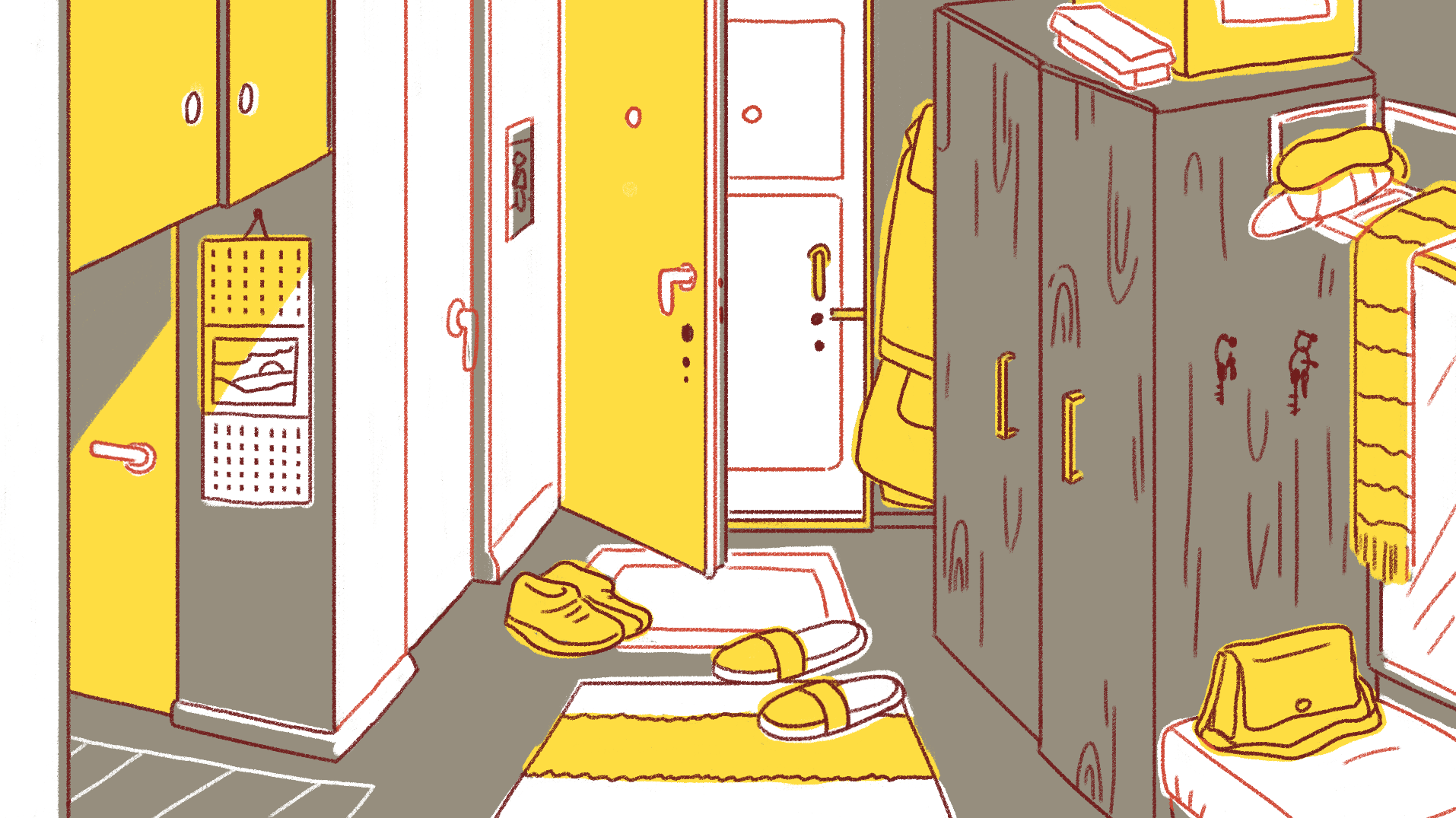 In buildings dating to the 1980s and after, many entrances have small corridors with an additional iron railing door. This is because during the 1990s crime rates skyrocketed, and people used the railing to lock their bikes, strollers, sometimes pieces of furniture, stacks of winter clothes and what not.

The original Soviet-era apartment doors were thin and useless, so many people struggled to find money to install a thicker door, which is why many apartments now have double doors. Halls are usually very small, enough for a wardrobe, a mirror, a shoe stand and space to take off one’s coat. Guests must take off their shoes and put on slippers. “The floor is clean, but nevertheless,” – a usual slippers invitation goes.

The hall also has an entressol (a French word familiar to all Russians). These under-the-ceiling shelves, with doors like cupboards, usually offer huge storage spaces that are not so obvious at first glance. Why are they so important and can be found in nearly every apartment? Because Russians LOVE storing things. 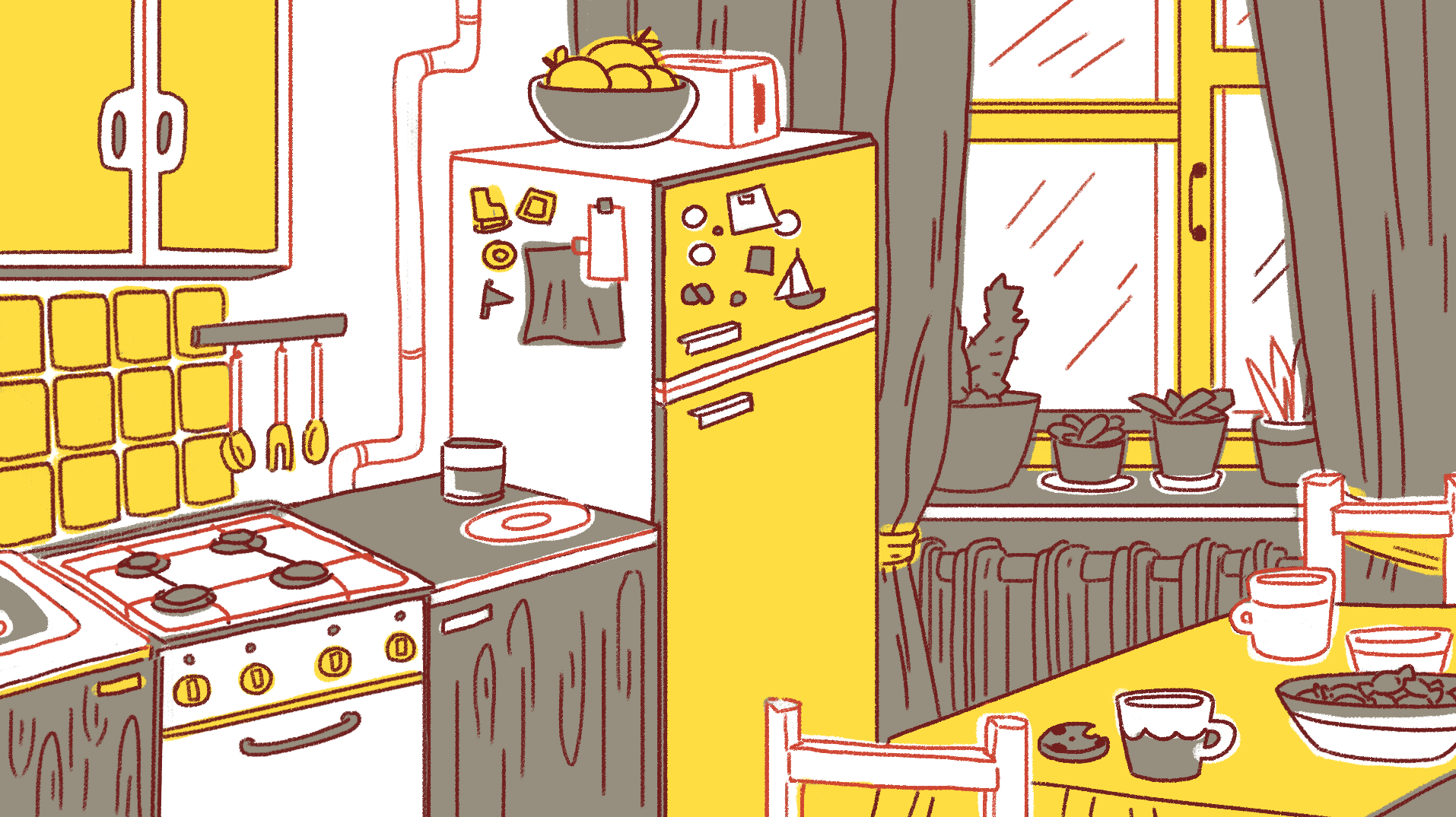 The smallest kitchens in Russia start at 4.5 square meters in size. Surprisingly, one can fit  in a fridge, a gas (or electric) stove, a table for three, several cupboards and a sink. As in most countries, the kitchen is a place for cooking and eating, but in Russia it's also a place for late-night discussions over a bottle of anything, or endless cups of tea.

If you’re not close with the host (for example, you’re a social worker, a doctor, or salesman), you’ll be invited to the living room, but if you’re a family friend, then walk straight into the kitchen where you’ll be offered whatever is in the fridge; (get ready for a lavish meal, a Russian fridge is never empty).

Also, don’t be surprised that a father will kick his wife and kids out of the kitchen if his buddies drop in for a drink. Likewise, the father will be sent away when the wife’s girlfriends gather to cook or have a chat. 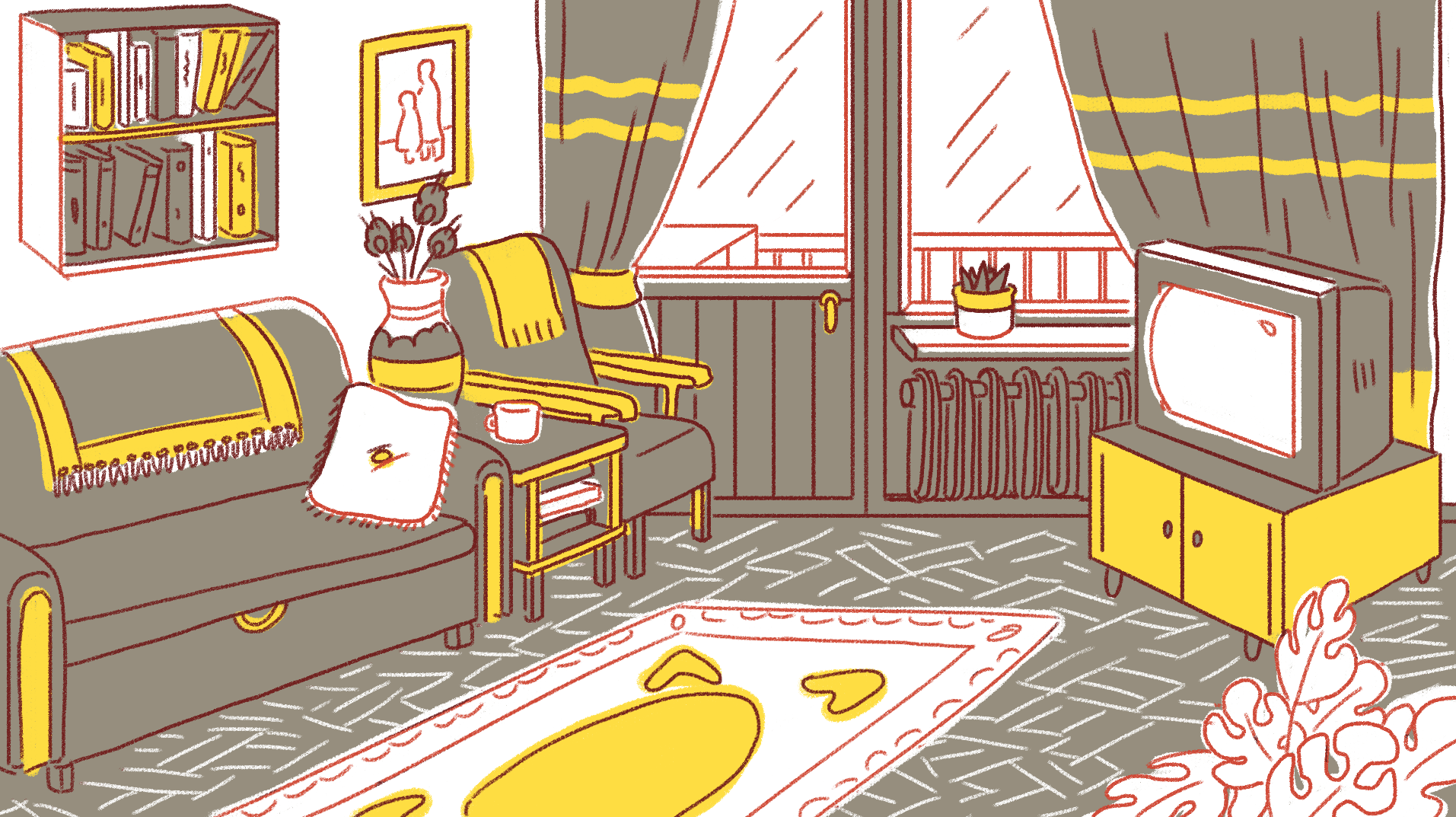 In Russia, “dining room” is a concept known only to wealthy people. Today, much like in the Imperial era, only wealthy people can afford a separate room to accommodate guests for dinner or a party. What is called a “dining room,” or a “guest room,” is usually just the largest room in the apartment.

In most cases, the big sofa is a convertible, and at night the ‘dining’ room turns into the ‘master bedroom’ for the parents; while the “small room,” or “children’s room,” is where the kids sleep, play and do their homework – and where drunk guests are allowed to crash, on a blanket on the floor.

When children grow up and leave the nest, this spare room might become the ‘dining’ room; something which usually marks the beginning of retirement.

Another important part of residential life is the balcony, which often doubles as a storage space, a small parlor, a place to hang and dry clothes, a place to smoke if your family is against smoking inside. In short, a balcony is a highly sought-after feature in Russian apartments.

If you thought a separate room forms a private space, then think again. In most Russian apartment buildings, walls are thin (to save space and resources), so you and your neighbors can hear each other very well, which greatly affected the private lives and sex life of Soviet people. 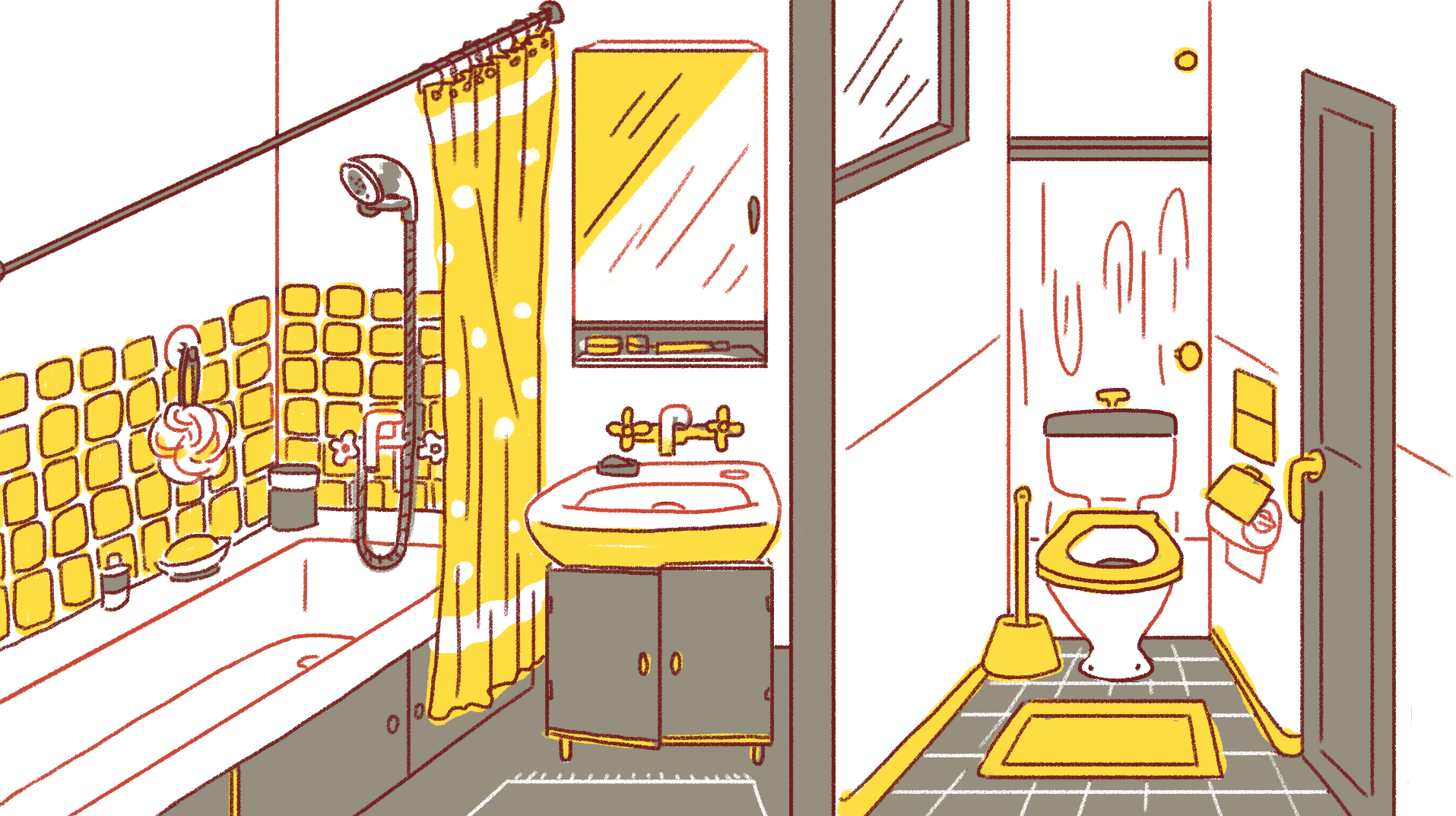 Bathrooms and toilets are often in the same room, but many people prefer them to be separate because in the morning when children are getting ready for school, and parents are getting ready for work, it’s better to have the toilet and bath in separate spaces. Not all apartments, however, enjoy this “privilege.”

On the other hand, combining the toilet and bath saves much space, as well as energy – both spaces are lit with one bulb (notice the small window from the bathroom to the toilet?) Bathrooms, even those that are combined, are usually very small – about 4 square meters. And there's almost no chance to install a jacuzzi.