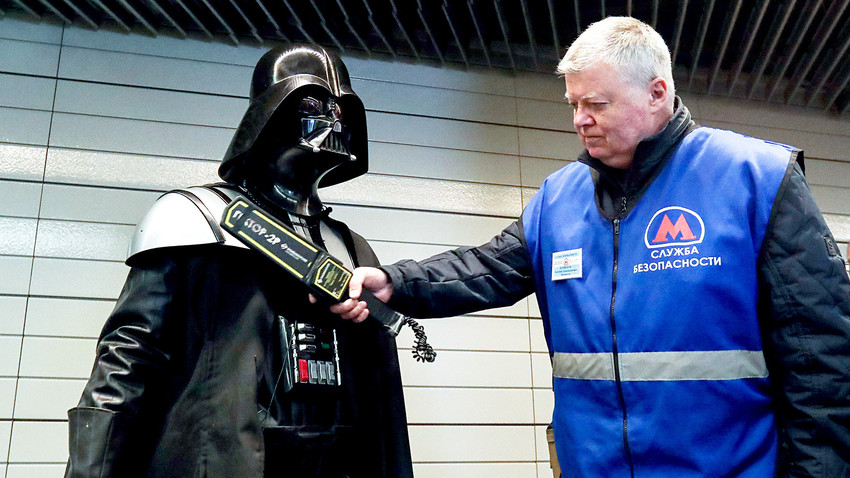 Vyacheslav Prokofyev/TASS
What could be more annoying than pickled cucumbers that are NOT crispy, and people smiling for no good reason?

Even the mere thought of any of these situations can make a Russian angry!

1. When a pickled cucumber isn’t crisp

This is an absolute tragedy in a country where pickles are a national delicacy! That’s why it’s so important to choose the right cucumbers for pickling.

2. When someone else is reading the same book on public transportation

Hey, do you know that my Dostoyevsky is more intriguing than yours?

3. When the heating is still on , but it’s unbearably warm outside

Russia has central heating, which is turned on when it’s cold outside for more than five days in a row. In autumn, however, a cold snap can easily be followed by a return to warm weather. Yet, it’s still HOT inside because the authorities won't bother to turn the heat off. In most apartments, the only way to regulate the heating is by opening the windows. That’s why Russians often wear home-only T-shirts, and go to sleep with open windows.

4. When the hot water is turned off

Every summer it’s the same story, (and here’s why). Everything was fine, but now for the next two you need to take a shower at the apartment of your friend who lives in another district. Or bath in a bucket.

5. When fellow metro passengers forget where they are

Would you stand in the middle of the platform while trying to find your station? Brilliant idea, really. Seems these people are so lost that they don't understand how clueless they look to others.

6. When you ask NOT to put cinnamon in your coffee, but they still DO

Gosh, whose idea was to serve coffee with cinnamon? Leave it for the bunnies.

7. Show that you’re richer than you are

8. When people smile for no one reason

Russians rarely smile; that’s true. But it’s hard to accuse them of insincerity.

9. Guys who take up the entire sidewalk

Could you please move MORE slowly?