Russian guy sets up a YouTube channel to promote his good deeds… anonymously! 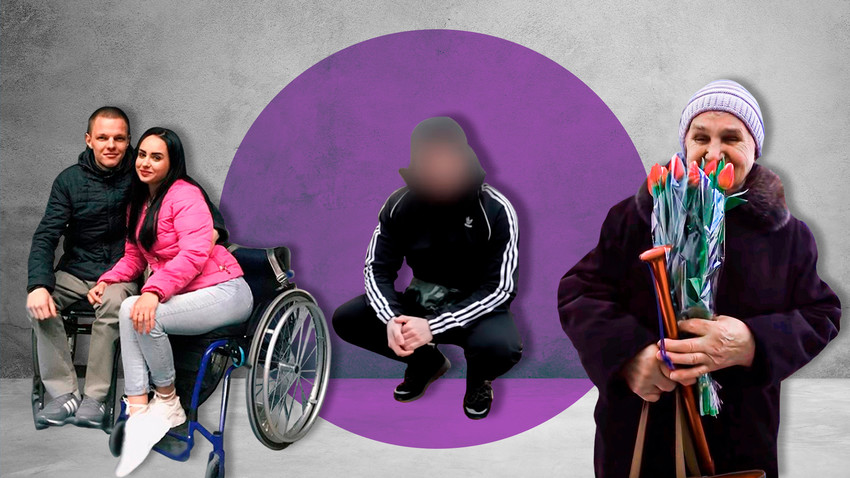 Screenshot from Slovo Patsana/Youtube
The young vlogger from Moscow blurs his face in his videos because he’s not after self-publicity. His goal is to help make people kinder.

"I used to think that an inaccessible environment was some sheer cliff, but now I realize that an inaccessible environment can be as simple as a street curb." These are the opening remarks in a video posted on the YouTube channel ‘A Guy’s Word’ ('Slovo Patsana' in Russian), in which wheelchair-bound young people from across Russia go on a trip to the Caucasus Mountains. In the video the presenter appears in front of camera: A slim young man in a distinctive tracksuit, with a camouflage bag on his belt, begins to talk about the people featured in the video and how everything was set up. There are just over 20 such videos on the channel, showing volunteers giving away free bread, buying up food produce from elderly women at markets or installing a piano in the street. The face of the presenter always remains blurred, despite the fact he is the person behind all these good deeds. Russia Beyond tracked him down to find out just why he does it.

'There is too much negativity in the world'

Roman, 30, lives in Moscow. He asks us not to give his surname or show his face and explains why he blurs his face in all his videos. "It is a little awkward to do these things on camera, because it comes across as if implying 'look how virtuous I am'. Also, my work colleagues might recognize me!" 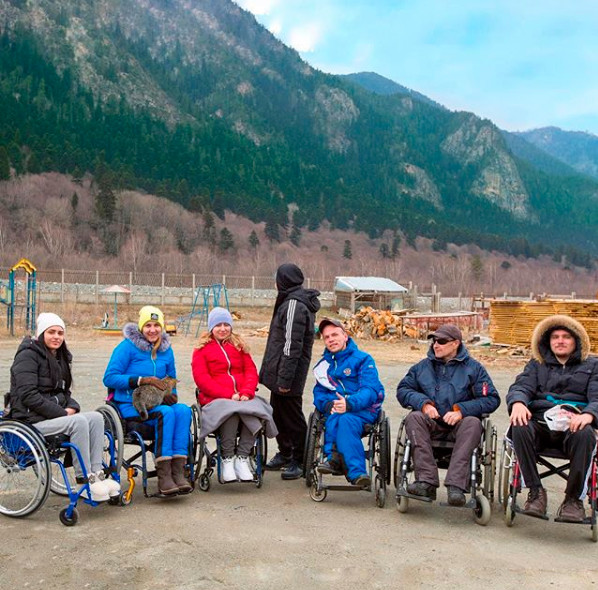 In actual fact, Roman has three jobs (in trade and construction) and he spends a significant part of his earnings from them on supporting his charity project ‘A Guy’s Word’. "There is currently only negativity on the internet, but I want my children to have a good example in front of them," says Roman. "Things that young people watch on the internet make their brains go soft and they get their priorities wrong. I decided what was needed was some alternative content that young people could watch, but that the content should show examples of kindness."

Roman thus decided that he wanted to make videos depicting good deeds. He bought a camera and asked his cameraman friend to help make the videos. Up until that point Roman zero experience writing a blog or filming, but his first video - showing him buying food produce from elderly ladies in the street - has already been watched by almost eight million people since the end of December 2018.

He named his channel "A Guy’s Word", because he believes no-one should break their word, and this has been his principle since childhood. Also, Roman believes young people like it, because they see him as one of them. And he is one of them. 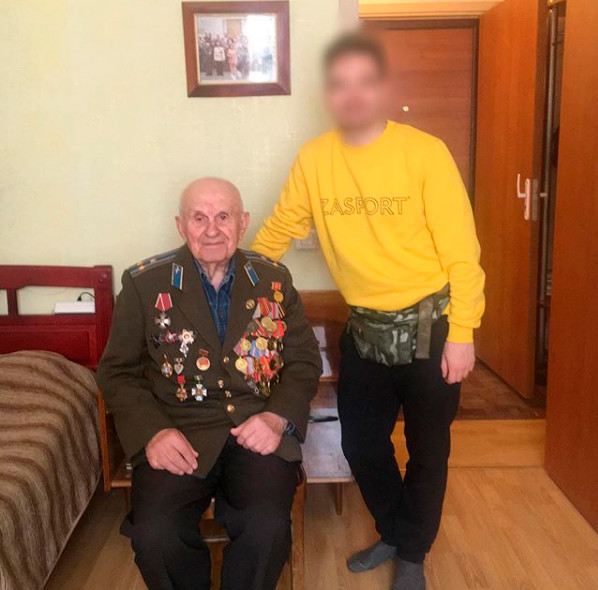 "Only very few people among my nearest and dearest know I do this," says Roman. "I realize that the time will come when I will have to tell them and show my face, but for the time being I prefer doing it incognito!"

People don't know they’re going to get a visit

Roman finds protagonists for their videos by chance. When they went to the Caucasus to make a video about wheelchair-bound people, they met some elderly women selling food produce. And they decided to buy everything they were selling and make a video about it. As for single father Vadim, who cares for a large family, they found him through the city administration. And channel subscribers found other protagonists. 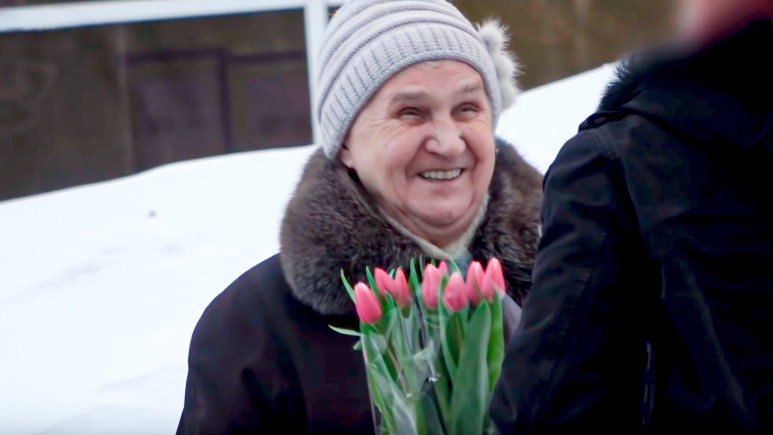 The main thing is that none of the protagonists knew that someone was coming to see them, to bring basic necessities or help them in some other way. For everyone it was a surprise, so the emotions you see in the videos – both from the protagonists and the presenter himself - are genuine.

One of the people featured in the video about folk in wheelchairs, Ilya, lies at home all day - the last time he went outside was six months ago. But even if he does go out, what can he do? "I tell him: Ilya, if you learn to get into your wheelchair, I guarantee that I will make a route for you all the way to the park and the shops. I will put a slope on the curbs where you have to cross and install concrete hemispheres to stop cars blocking your route. But you have to learn to get up first!"

Victoria, a girl who lives on supportive drugs, has an incurable illness. Roman seems to take all these stories to heart. "In the past I wanted to stay uninvolved because in my own life everything was fine," says Roman. "But after I had spent four days in close contact with them, I realized that they were people like the rest of us; it’s just that their lives turned out that much harder, and even leaving the house can become a problem!"

Taking good deeds to the masses

Roman says that he also wants to help other people, including victims of forest fires and lonely old people who live in remote areas. But he admits he finds it difficult to develop his channel further without advertisers: He doesn’t want to promote various bookmakers and he simply hasn’t got enough subscribers yet (only 365,000 as of May 2019) to attract major advertisers, like Yandex. Roman says he would need at least a million subscribers.

Of course, it is extremely difficult for two people to organize all this, Roman says. He thanks all his subscribers who not only send donations, but also offer all possible help. "People delivered food to Vadim and his large family; someone even sent him a parcel from the Altai region. And in Tula one subscriber provided a GAZ truck with which we distributed bread. Another guy helped deliver an oven to a war veteran," Roman says. He adds that there was an unpleasant episode when one "helper" sought publicity for himself and started live broadcasts on his own blog. "I had asked him several times not to do it but he paid no attention, so I had to explain it to him in not very polite terms." 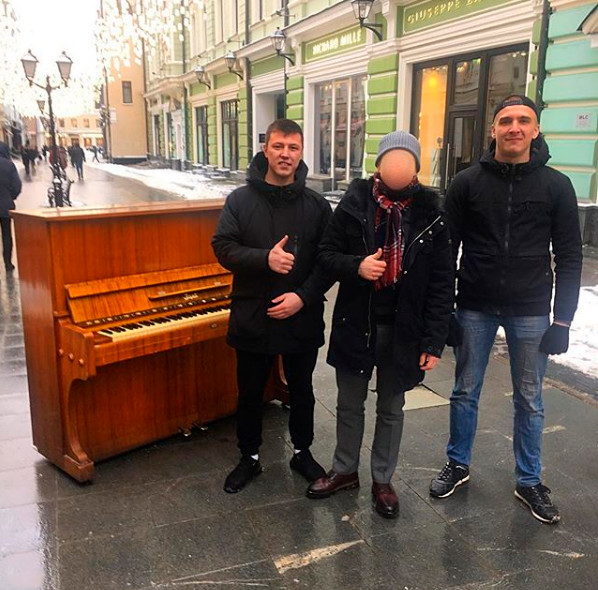 At the same time, Roman emphasizes that his main goal is not simply to help people, but to inspire others. And it’s working. "Subscribers send me their stories about how they take food to old ladies, or simply express words of gratitude. Some people even write from abroad."