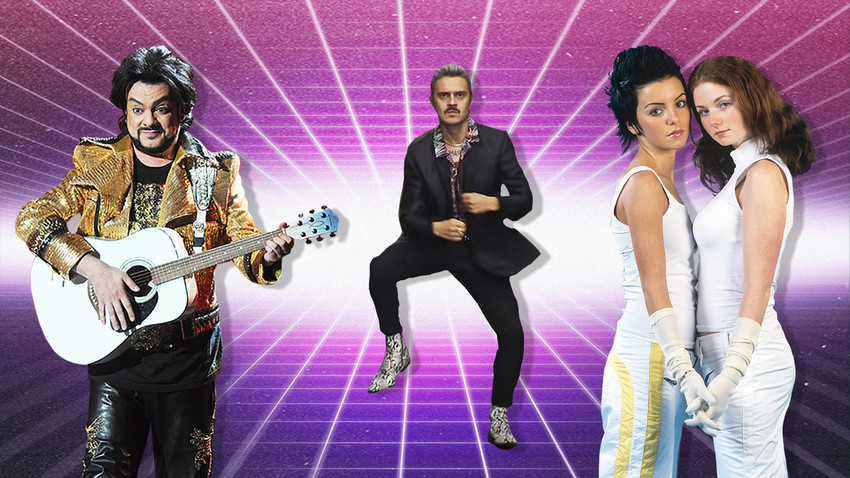 Global Look Press, Screenshot from YouTube/Little Big
After over a decade of being exposed to bad Russian pop music since I first arrived in the country from the UK, I recently dared to venture into the scene with earplugs ready – and was pleasantly surprised by the abundance of good Russian music – from rock to hip hop to electronic – finally hitting the airwaves!

The Russian music scene was archaic and very outdated when I first came to the country over a decade ago. From cheesy pop to kitschy rock, nothing I heard impressed me – on the contrary, it made me want to run away!

Since then, the music scene has made seismic advancements from the days of TaTu and even further back, Gorky Park (but we won’t ever discuss this ‘era’!)! And now, there’s literally an abundance of new and up-and-coming Russian musicians that have a growing fan base and millions of YouTube views…

Whether it’s pop or rock, hip hop or rap, electronic or disco there’s a Russian group or musician for any taste!

Here are 10 of the brightest talents (you’ve probably never heard of!) that are coming through the ranks and topping Russia’s airwaves!

This 4-piece dubstep/electronic-rave band was founded in 2013 and is probably one of the few bands in this list that is known beyond Russia thanks to its smash hit ‘Skibidi’ which spawned the international phenomenon, the ‘Skidibi Challenge’, a cross between PSY’s ‘Gangnam Style’ dance, and Drake’s ‘Kiki Challenge’. Doing the challenge is one thing, but doing it in public is the challenge!

While many solo artists in Russia still croon the old-school way (see Alla Pugacheva, Nikolai Baskov, Leonid Agutin), stand-up comedian turned musician Aleksandr Revva, who uses the stage name ‘Artur Pirozhkov’, decided to go down the electronic disco path – to great success… some of his video clips have over 100 million views! He also recently became the main face of the country’s second-largest telecommunications operator’s ad campaigns across the nation!

23-year-old Gleb Golubin could be considered Russia’s next ‘Eminem’. Although he states Rammstein, Kurt Cobain, Snoop Dogg and Marilyn Manson as his main influences, the Muscovite saw an opportunity to stake a claim in Russia’s budding hip-hop and rap scene. His controversial lyrics, as well as off-stage antics have also made his popularity soar – both with the public and the authorities!

Don’t let the name throw you off – this is not some cheesy (pun intended) mock band or delivery service! The band started back in 2012 and slowly gained traction on various radio stations – and although that name is weird and potentially off-putting – their recent efforts, which have made the charts and got them millions of YouTube views, have proven that their fans don’t necessarily judge a book by its cover!

This genre is widely popular in the US and Europe – and there’s always been a big following of rock of every kind in Russia – but most fans have been starved of quality for years due to the lack of homegrown talent. Not anymore! Among many new bands, Wildways are making headway with their, albeit quite generic and predictable emo metal. They’ve even waded into politics – not something emo bands tend to do – with a cheeky track called ‘Put In’.

Vasiliy Vakulenko aka Basta has been on the Russian music scene for over a decade and has managed to cement himself as one of Russia’s most famous hip hop artists. During his career, Basta has managed to release 20 albums, over 50 singles and has won 14 awards, including best hip hop artist at the 2008 MTV Russia Music Awards. He’s also the co-founder of the Gazgolder record label – one of the most sought after for any budding hip hop artist hoping to make it big!

Yulia Zivert is literally a homegrown talent – she says she started singing and performing for friends and family before debuting her first single on her own YouTube channel. From there, she was snapped up by Pervoe Muzikalnoe record label and hasn’t looked back yet!

And for those who long to hear what the music scene USED to be like, here’s a little taste: