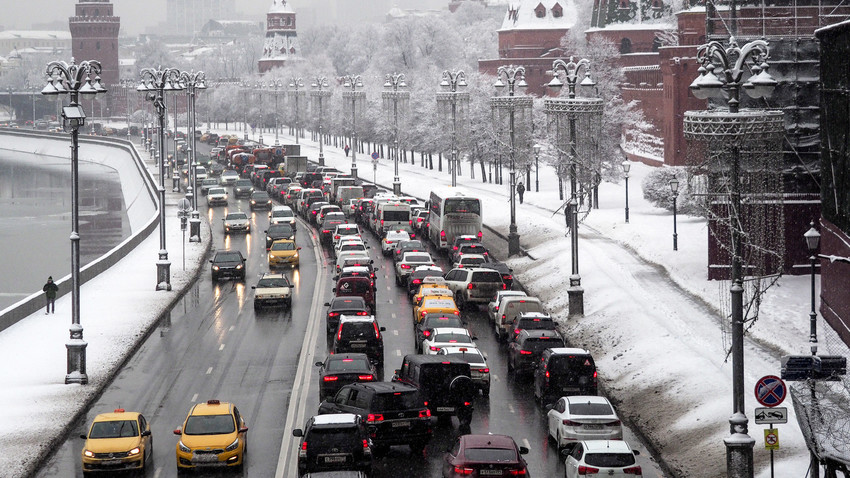 Looks like, despite the latest upgrades to Moscow’s road system, the city is still running behind other European capitals, in terms of urban congestion. At least this is what the latest Traffic Index by TomTom (Tom2) argues, a Dutch multinational technology company that provides real-time traffic information and services.

They analyzed the traffic situation in 416 cities across 57 countries based on the data the company receives from the 600 million drivers who use TomTom tech in navigation devices, in-dash systems and smartphones around the world.

According to the 2019 Index, Moscow Region (as a federal entity) ranks worst in Europe with a 59 percent congestion level, meaning that a trip in the city takes 59 percent more time than it would in baseline uncongested conditions. As the study says, drivers here lost 225 hours (9 days 9 hours) in rush hours in 2019.

Among the least congested cities of the world (with 10 percent of congestion or less) the Index names Abu Dhabi (UAE), Almere (Netherlands), Dayton (US), Syracuse (US), Akron (US), Cadiz (Spain), and Greensboro-High Point (US).

Mikhail Kogan, head of the Analytical Department at the Higher School of Financial Management, thinks that these results can indeed be trusted. As he says, TomTom is partnering with Apple providing data for Apple’s maps app.

“According to the transport strategy for the development of the (Russian) capital, in 2010, the capacity of Moscow’s transport system was exceeded by 30 percent and the effect of the measures taken since then have been offset by continued motorization and population growth in Moscow,” he says.

Over the past year, Moscow has dropped out of the top five to sixth place globally, but the level of its traffic congestion actually increased by 3 percent, Kogan points out, adding that, at the same time, the development of carsharing, wider access to public transport and the compression of the automotive market can potentially improve the situation by the end of 2020.

The Department for Transport and Road Infrastructure Development of the Moscow City Government hasn’t replied to Russia Beyond’s request for comment.

Over the last decade, Muscovites witnessed a number of significant changes in the city, including the introduction of Moscow Metro’s new circle line, public transport upgrades, and road and parking renovations. The Russian capital even won the international “Transport Oscar” in 2017.