How commercials made their way onto Soviet television 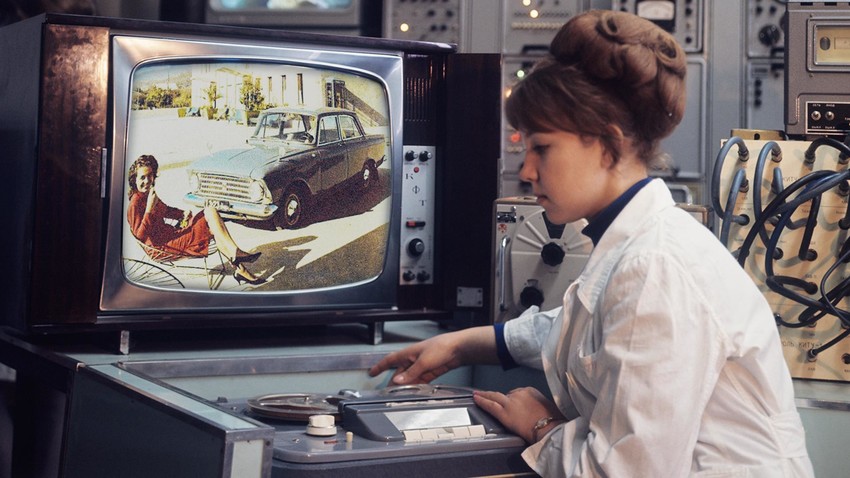 Mikhail Kukhtarev/Sputnik; Russia beyond; Yuri Levyant/МАММ/МDF/russiainphoto.ru
Children love them. Adults hate them. What are they? Bingo! Television ads! In the 1960s, the first television commercial appeared on screens in the Soviet Union and it was nothing short of a sensation.

It wasn’t about hot cars, sexy lipsticks or trendy clothes, though. The first commercial featured a gang of sweet corn on the cob, singing songs promoting healthy eating habits. 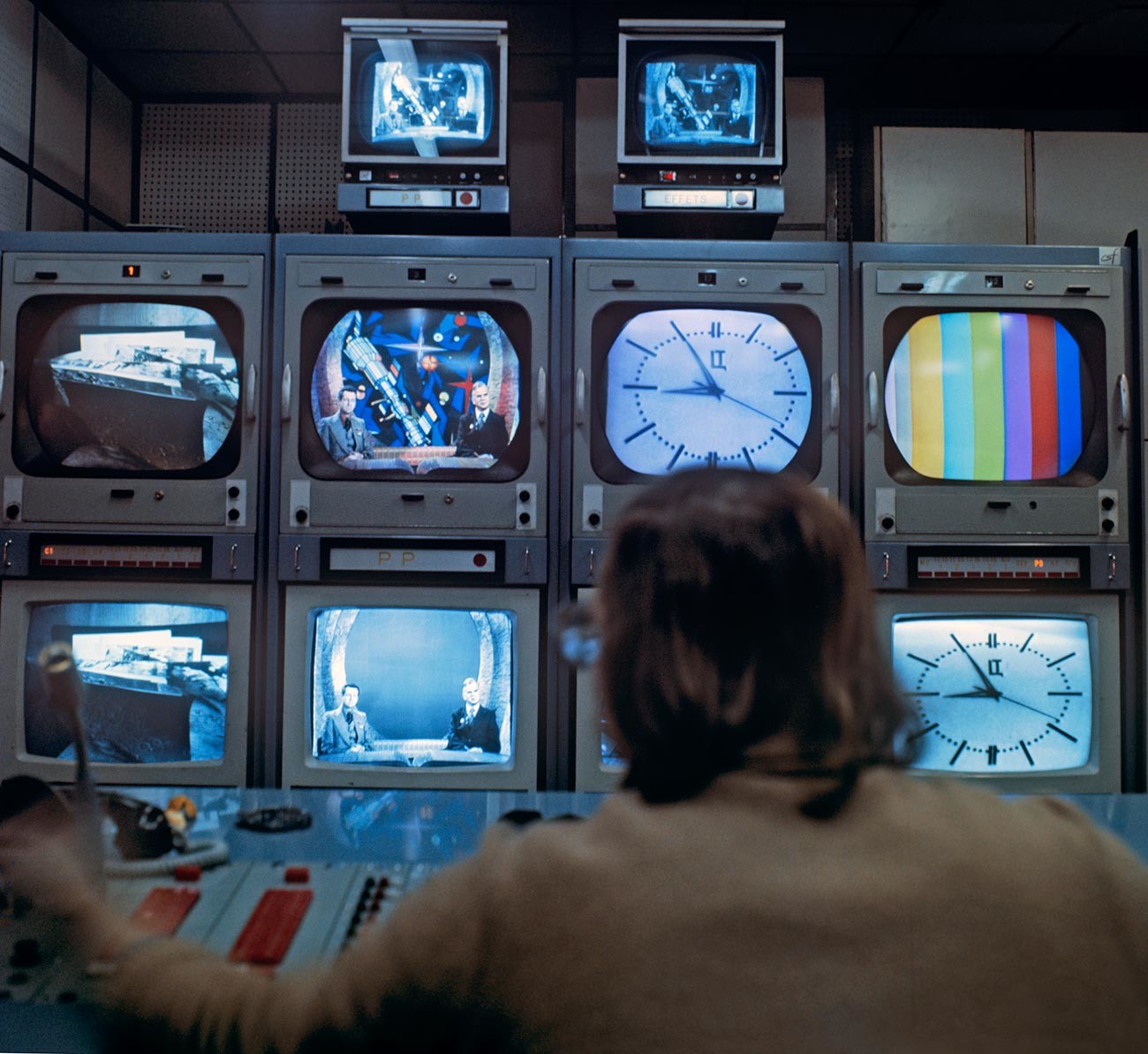 The first ads were strikingly different from modern-day commercials.

“There was no commercial advertising on Soviet television,” Lyubov Platonova, an award-winning TV producer of the arts channel Rossiya Kultura, explains. Back in those days, TV commercials had zero impact on business and culture in the USSR.

“Given that the USSR had a state-controlled economy with no private sector whatsoever, the tools that apply in a free market were basically unwanted. On top of it, back in the days [of deficit], the question wasn’t so much ‘what to buy?’ but ‘where and when?’ After all, there was no point in creating advertising in the form, scale and volume in which it exists today,” says Platonova.

The two-minute corn clip aired in 1964, during the cultural years of Khrushchev’s Thaw. It’s common knowledge that the ambitious Soviet leader, inspired by the highly successful U.S. experience, wanted to turn the country into the world’s second-largest corn producer. 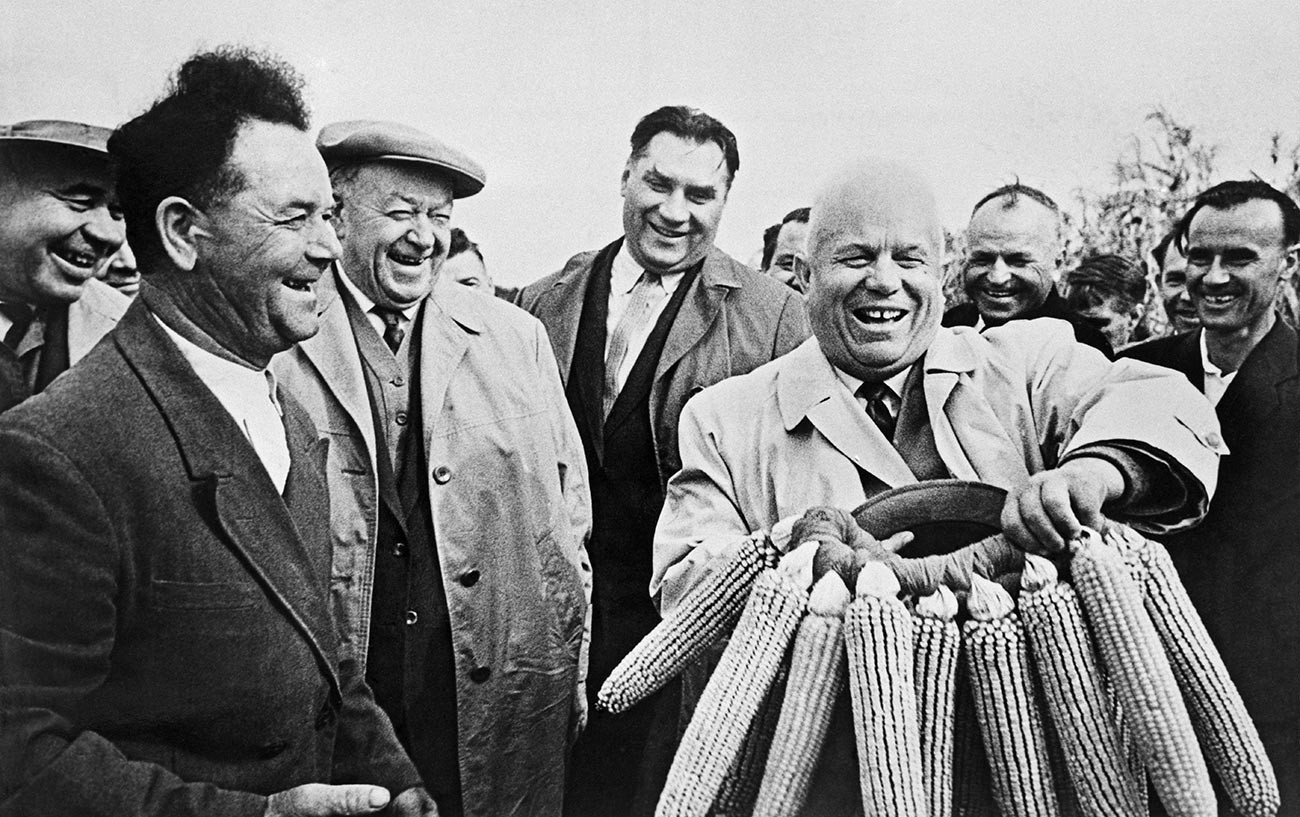 “I’m a Kukuruznik [corn-man],” Khrushchev jokingly said about himself. His agricultural efforts were reflected in that first, historical TV commercial. It centered on quirky corn characters and a middle-aged chef, voiced by acclaimed character actor Ivan Ryzhov.

If you want to be healthy and make it to 100 years, your diet should include corn, the actor sang. According to those TV ads, Soviet housewives could cook anything they wanted using corn, from salads and soups to sweet puddings and cakes, for one thing is certain, “it’s a sumptuous feast!”

Rare TV commercials were designed as a visual aspect of state propaganda. “By and large, commercials did not promote or sell anything other than the current agenda, the official ideology,” Platonova says. They were called ‘commercials’, but this was only on paper. 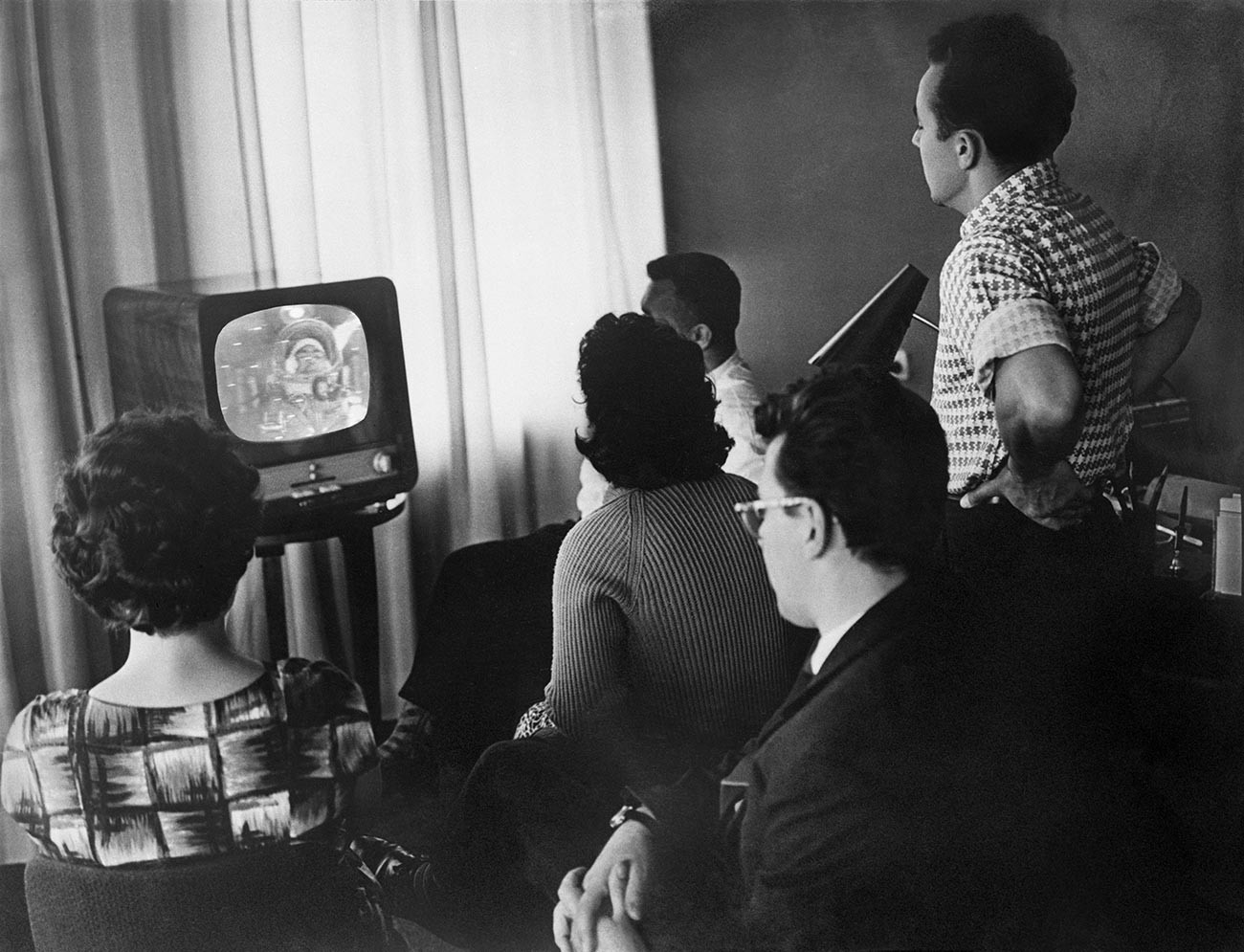 Rare TV commercials were designed as a visual aspect of state propaganda.

The first ads were strikingly different from modern-day commercials. First of all, they were unbelievably long and, secondly, they often crossed genres.

Besides, in the 1960-70s, there was no real understanding of the cost of airtime, marketing, primetime, you name it, so Soviet commercials were shot as motion pictures, on a large scale. The first creators of advertisements had a chance to create 5-minute commercials, almost like short films. “The 1964-corn commercial is the best example of Soviet advertising. It’s not an advertisement but rather a ballad, in the truest sense of the word,” Platonova adds. 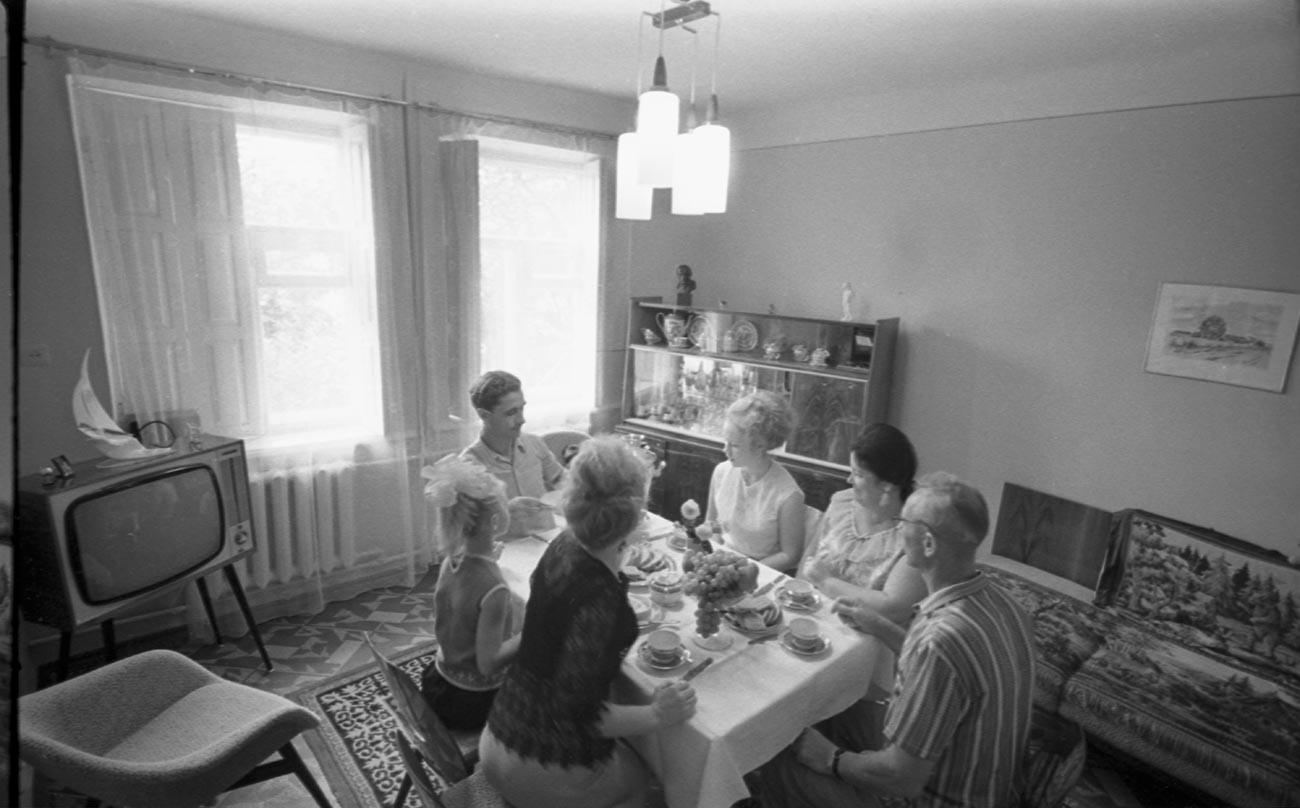 In the 1960-70s, there was no real understanding of the cost of airtime in the Soviet Union.

Oddly enough, Soviet television advertising appeared on the screens much earlier than the market economy in the country. The first advertising association was launched in the early 1970s at the Documentary Film Studio in Leningrad (now St Petersburg).

READ MORE: The evolution of Russia's No. 1 news program - from the USSR to now

The commercials were, from time to time, requested by Soviet ministries and factories, with advertisements played in cinemas before screenings and occasionally on TV.

What were they advertising?

Women turned up the volume when an advertisement for the Soviet-made washing machine ‘Vyatka’ premiered on TV in the late 1970s.

The female voice-over said, with all due seriousness, that such an advanced state-of-the-art device would be “a pleasant surprise for the housewives”.

An advertisement for the savings bank of the State Bank of the USSR (Gosbank) revolved around a pretty woman rushing around Moscow during her lunch break. Masha (played by the future star of the disaster movie ‘Air Crew’, Aleksandra Yakovleva) has a million things to do – from having her boots repaired to buying vegetables for dinner. The busy woman bursts into the bank, pressed for time, in her final crusade before lunch break is over. She rolls her eyes as she recognizes a friend of hers is the female bank employee and begins to complain about the daily battles that she’s facing.

- Oh my God, Tanya, I’m in such a hurry all the time… I need to cook, clean, maintain the house, take care of the child… I’m running out of steam…You know what I mean…

- No, I don’t. I work in shifts. I have time to cook, go for a walk with my son and have a manicure. I work close to home and my day in the office begins at 10 am.

- Paradise or not, I like it. Salaries here are not bad, plus bonuses. So, think of it. If you choose to work at the savings bank, you will get rid of many problems.

The nearly 4-minute clip aired in the late 1970s and was often showcased before movies screenings in cinemas and occasionally on TV.

In the 1980s, television ads were a mix of realism and idealism.

One of the commercials, set to cheerful music, put the spotlight on a touch-tone voltage regulator.

Another clip featured a group of unsmiling Russian men. The voice-over informed that the guys were actually there for a reason, to show off their elegant suits made from… upholstery fabrics.

One of the ads depicted a miniature cassette tape recorder.

“Music for one… and for two,” the voice-over romantically said.

In the late 1980s, Pepsi was featured in a television advertisement for a soft-drink plant near Tashkent, the capital of then Uzbek SSR. Local theater artists, professional models and a rock band took part in the filming.

By that time, the USSR was already on its way to fully embracing a free market economy and the key underlying message in these Pepsi ads was, first and foremost, ideological - to show that one of the key symbols of western culture was now available to Soviet citizens. 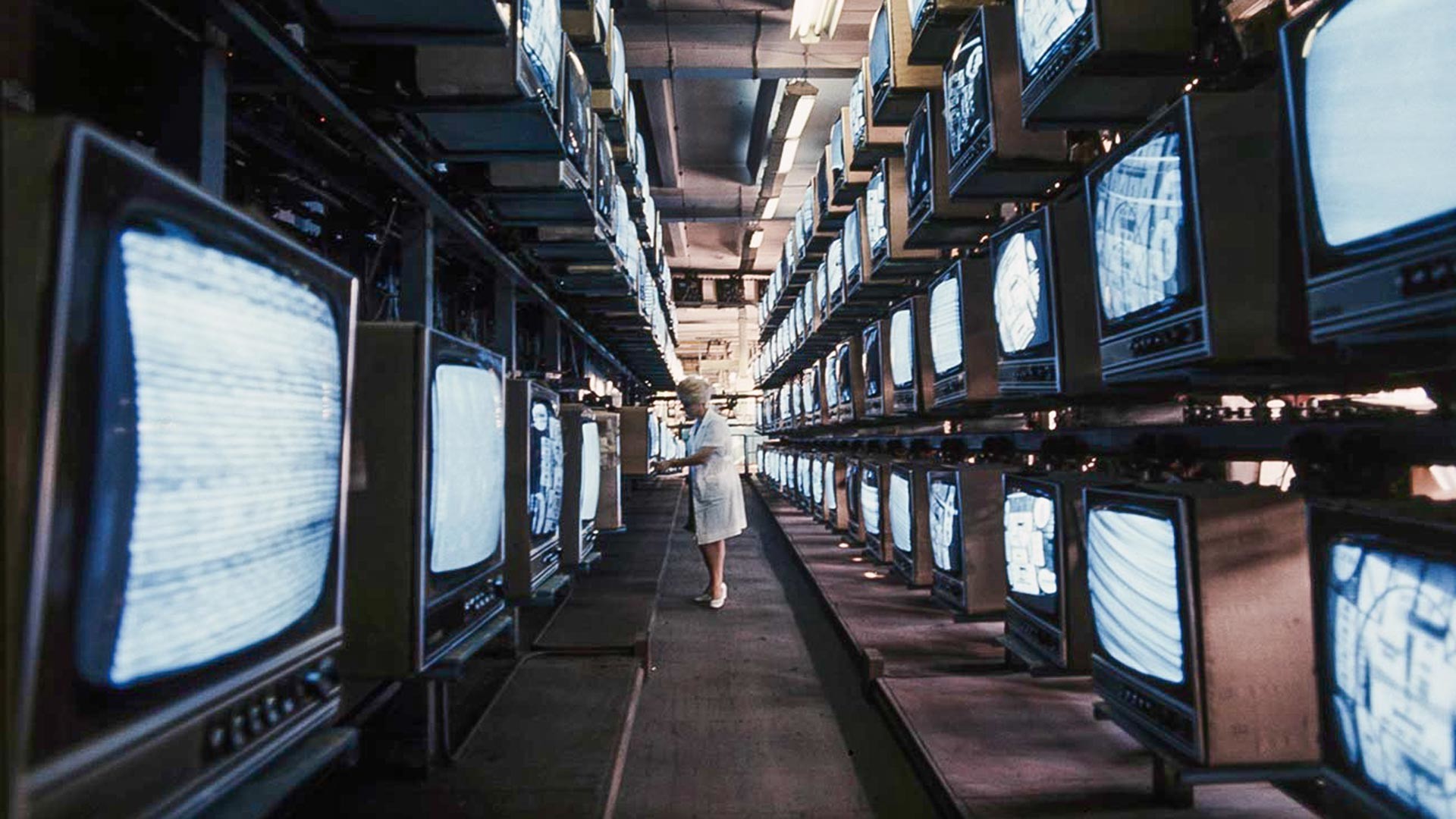 In the 1990s, after the collapse of the Soviet Union, the country went through a lot of changes and transformations and television was in need of a major facelift, too. Foreign commercials began to invade Russian television. The length of the clips was dramatically reduced, for a series of short, commercial ads to appear in a certain time slot. Russia eventually became a country where time, too, was money.