5 things that Australia and Russia have in common 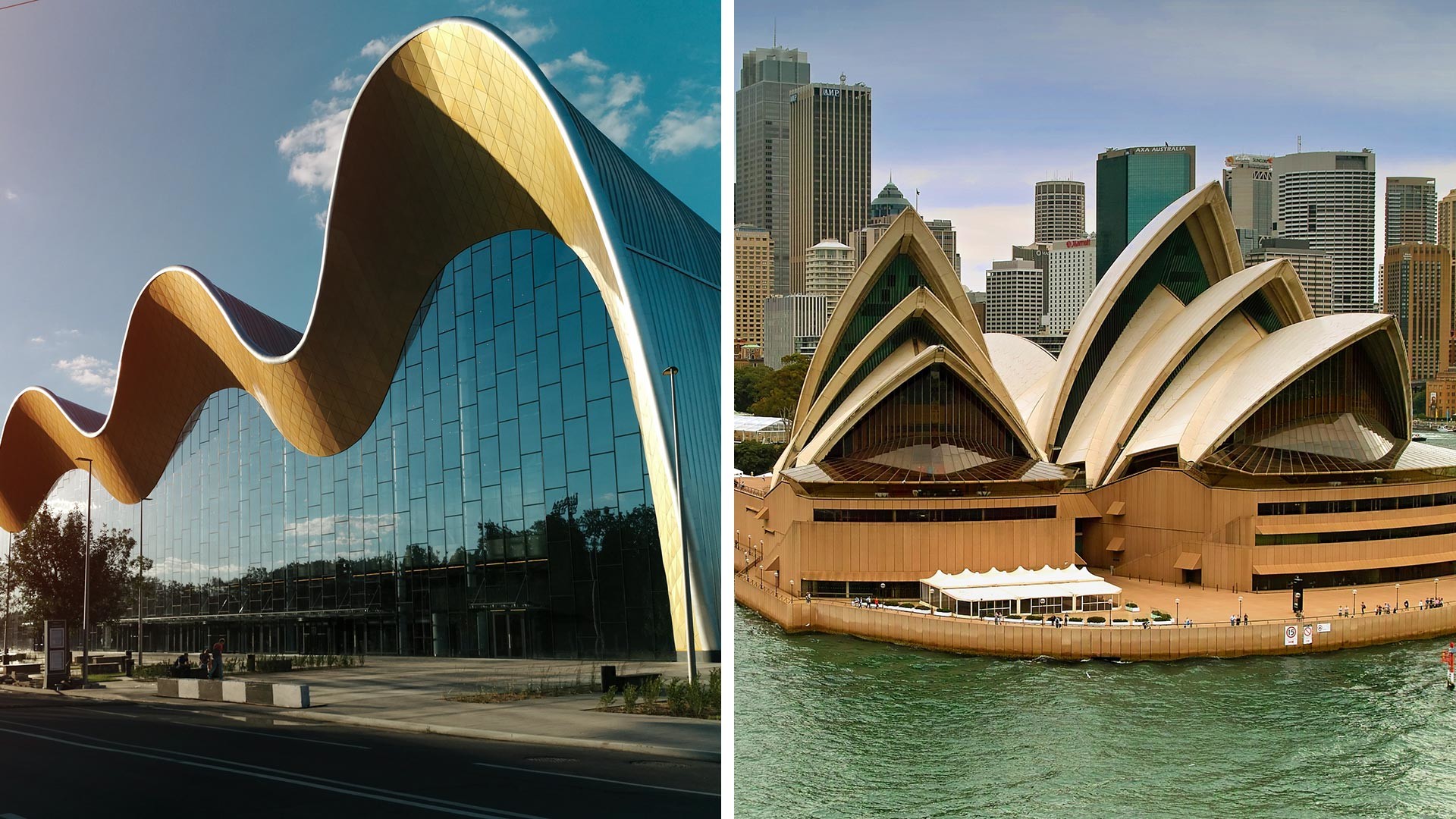 Legion Media
Could anyone possibly confuse big and cold Russia with big and hot Australia? Yes! Facebook has recently made this mistake, and others might follow. In some cases, places and locations in fact look so similar that it makes us wonder.

On Wednesday, Feb. 17, Facebook decided to restrict people and publishers in Australia from sharing or seeing any news on its service from local or international media outlets. This was the company's response to the Australian government's plans to propose legislation forcing big tech platforms to pay news publishers for content.

In an unexpected turn of events, this had a direct impact on Russia Beyond's operations. For reasons unknown (though we suspect that algorithms are to blame), Facebook listed Russia Beyond’s website as an Australian news source. Facebook wasn't swayed by the fact that we have the word 'Russia' in our name. As a result, when someone tries to share any link to rbth.com on Facebook, this error message appears: "This post can't be shared: In response to Australian government legislation, Facebook restricts the posting of news links and all posts from news pages in Australia."

Naturally, we reached out to Facebook, urging them to look into this problem. But it also made us think that Russia and Australia are not so different after all.

Russia Beyond’s own Anya Fedorova, who is the face of our YouTube channel and spent her early years in Australia, had this to say: “Of the English-speaking world, I’d say Australians are much closer to Russians than the English or Americans. I trace this link through learning to cope with harsh climate conditions. Both Russians and Australians are very resilient and flexible knowing well that unpredicted circumstances may ruin all efforts in a minute (floods, fires and frost). Crops gone, livestock dead - a recipe for disaster for some nations, but the Australian and Russian gets up, brushes off and ploughs on. Because it’s what we do: we survive. Droughts, wars, spiders, revolutions - bring it on. I for one am proud to be called an Australian once again even if it’s a silly digital glitch!” 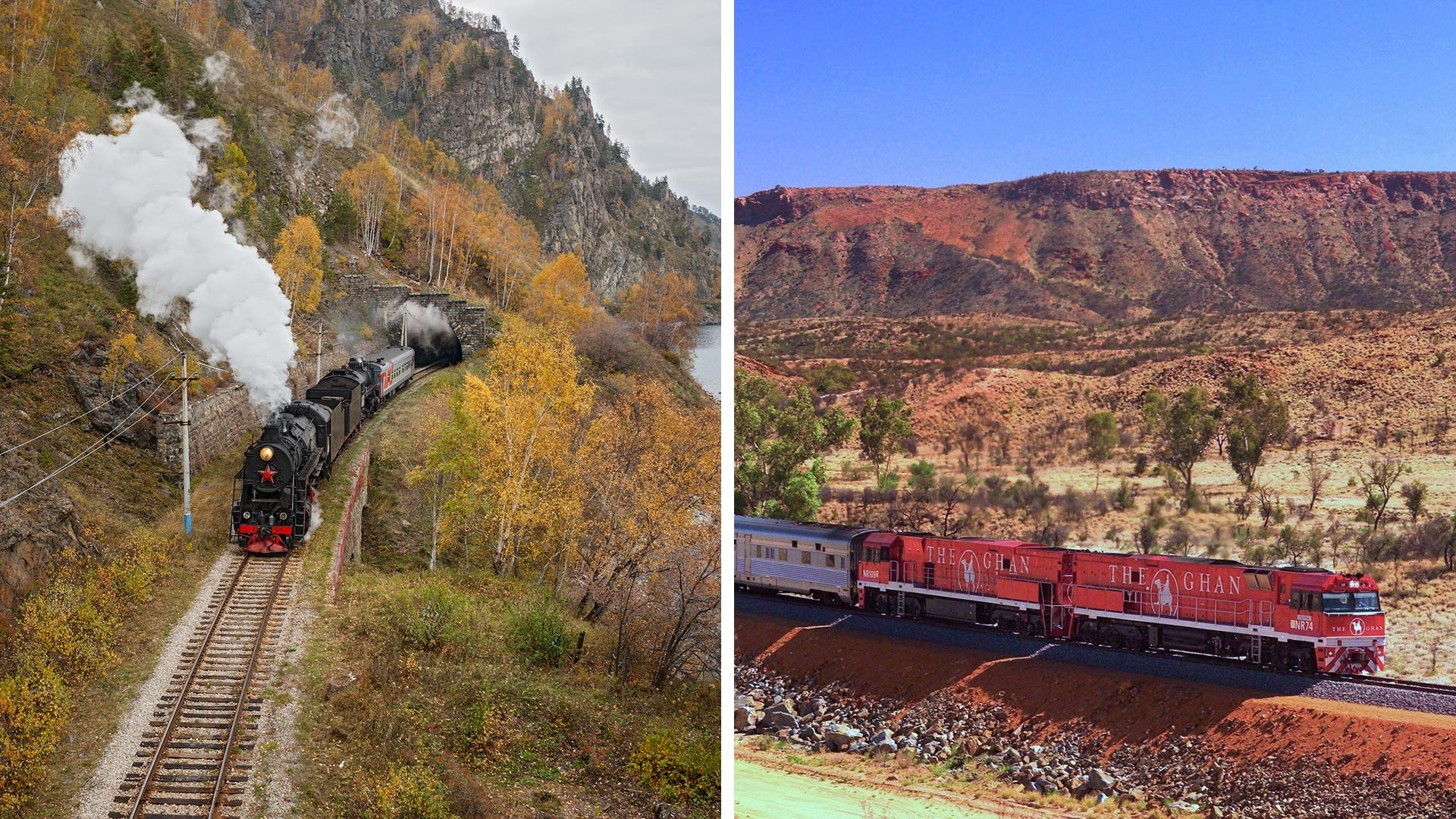 Two-thirds of Russians live in the European part, which comprises only 20 percent of the country’s total territory. Likewise, Australia is also unevenly populated: most people live along coastal areas, while the central part of the country is rather empty. Therefore, both countries have huge distances between cities. However, spending a few hours on the road does not bother Russians nor Australians, who can easily travel hours going to the mall or  school. Journey by rail is also inspiring: in Russia you can travel by train for a week and still be inside the country - from Moscow to Vladivostok. In Australia, a train journey from Sydney to Perth takes more than three days.

Huge territory also means pristine nature, with unique wild species of flora and fauna. Not surprisingly, both Russia and Australia have many national parks with amazing views.

READ MORE:10 Russian national parks you need to visit at least once in your life 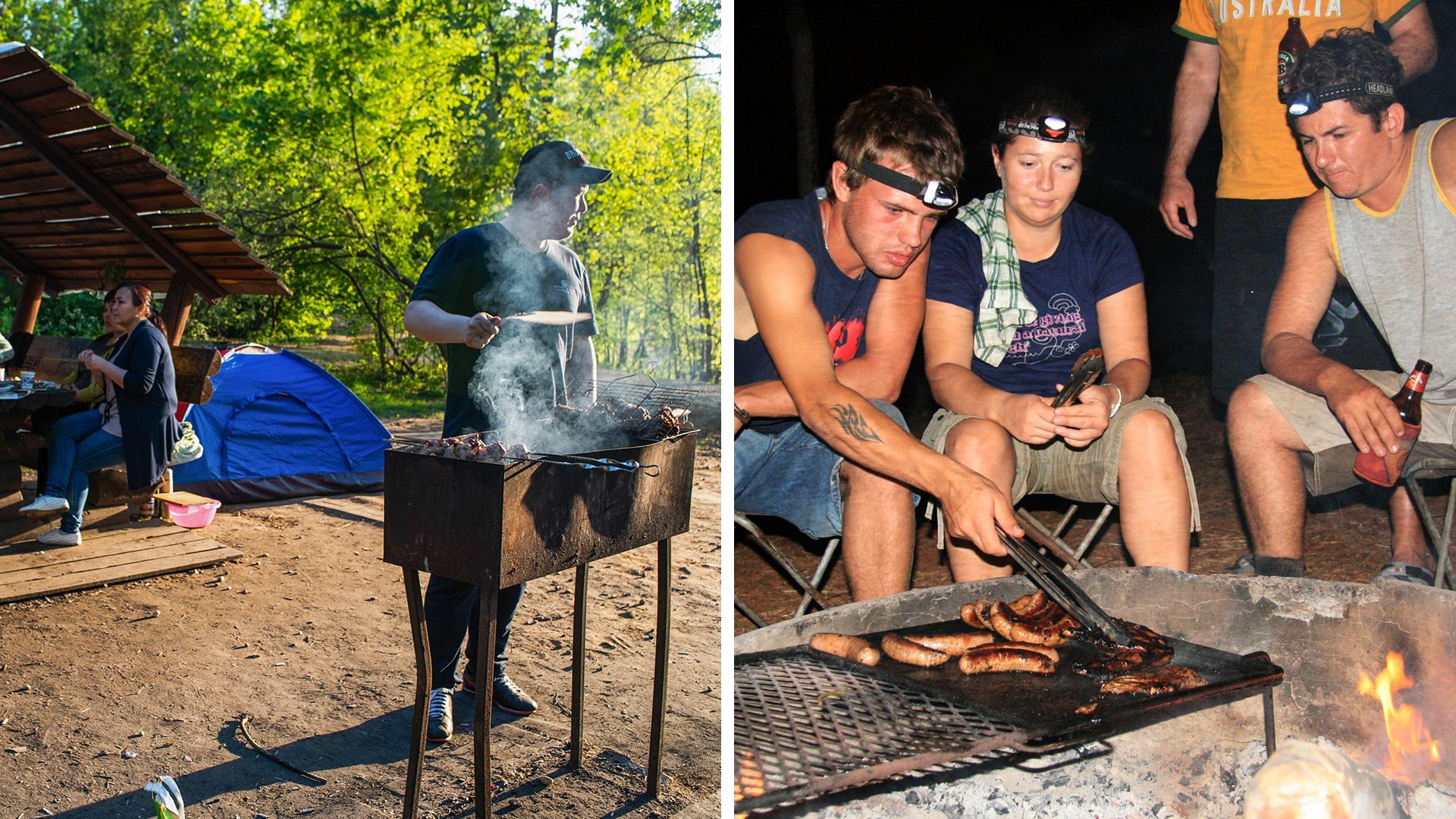 How to spend a wonderful weekend when the weather is warm? BBQ party! Russians love to cook shashlyk outside. Starting from the May holidays and up to late fall, Russians spend weekends at the dacha, or just go to the countryside with lots of food and good company to grill meats. “Australians do the same on summer weekends,” says Moscow resident Maria Stambler who used to live in Melbourne. “They invite friends, family, grill everything, drink and then sing their songs and dance until sunrise.”

3. Surfing in the ocean 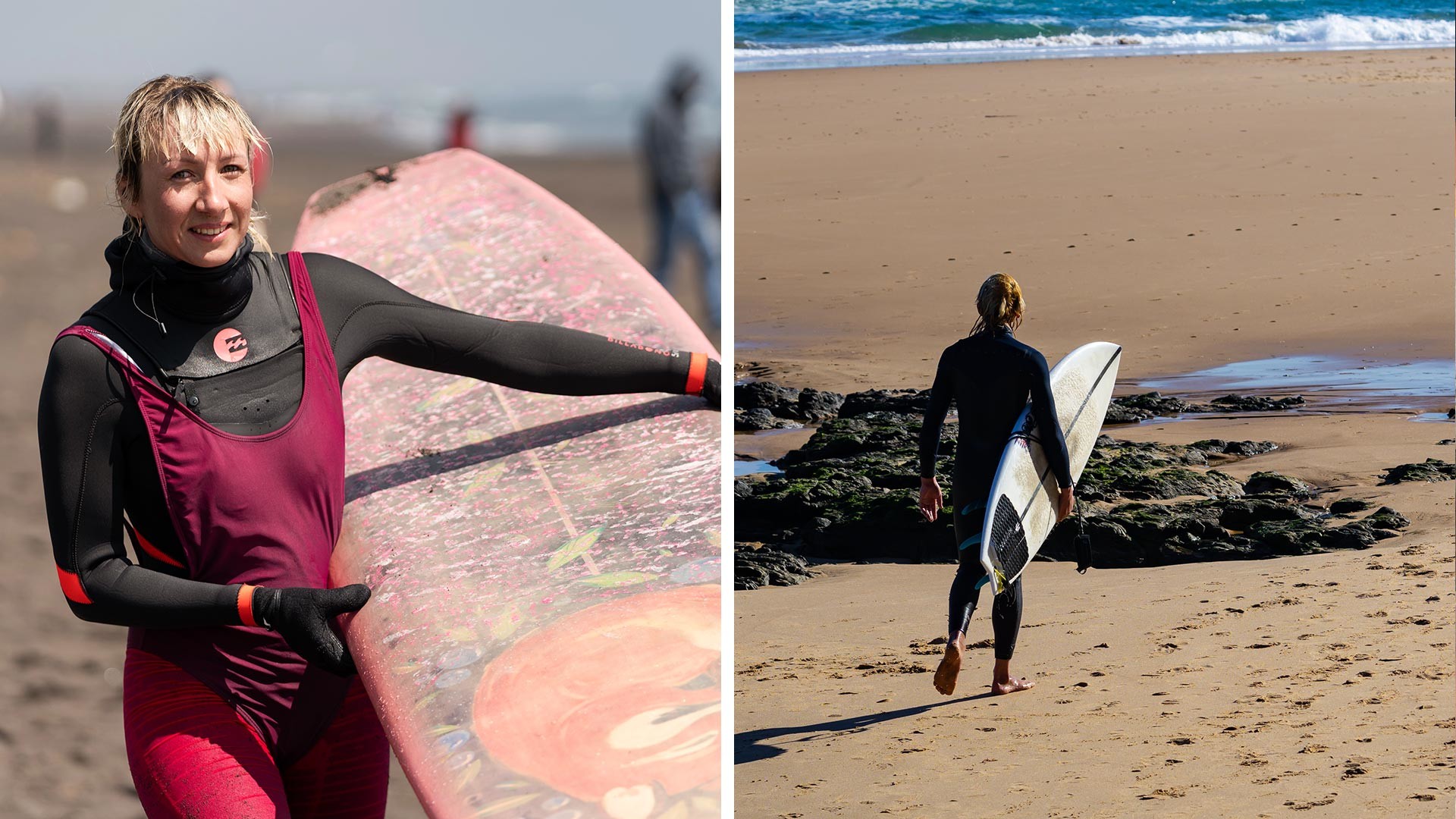 Guess, where is Russia and where is Australia?

For Australians, surfing is a national sport and favorite beach activity: the warm ocean is always nearby. Meanwhile, in the Russian Far East, on the Kamchatka Peninsula, the locals also are fans of big waves. Their surfing school is one of Russia’s most famous. The only difference is that Kamchatka’s weather is much more severe, and surfers have to wear warm swimsuits nearly all year round.

4. Wild animals on the streets 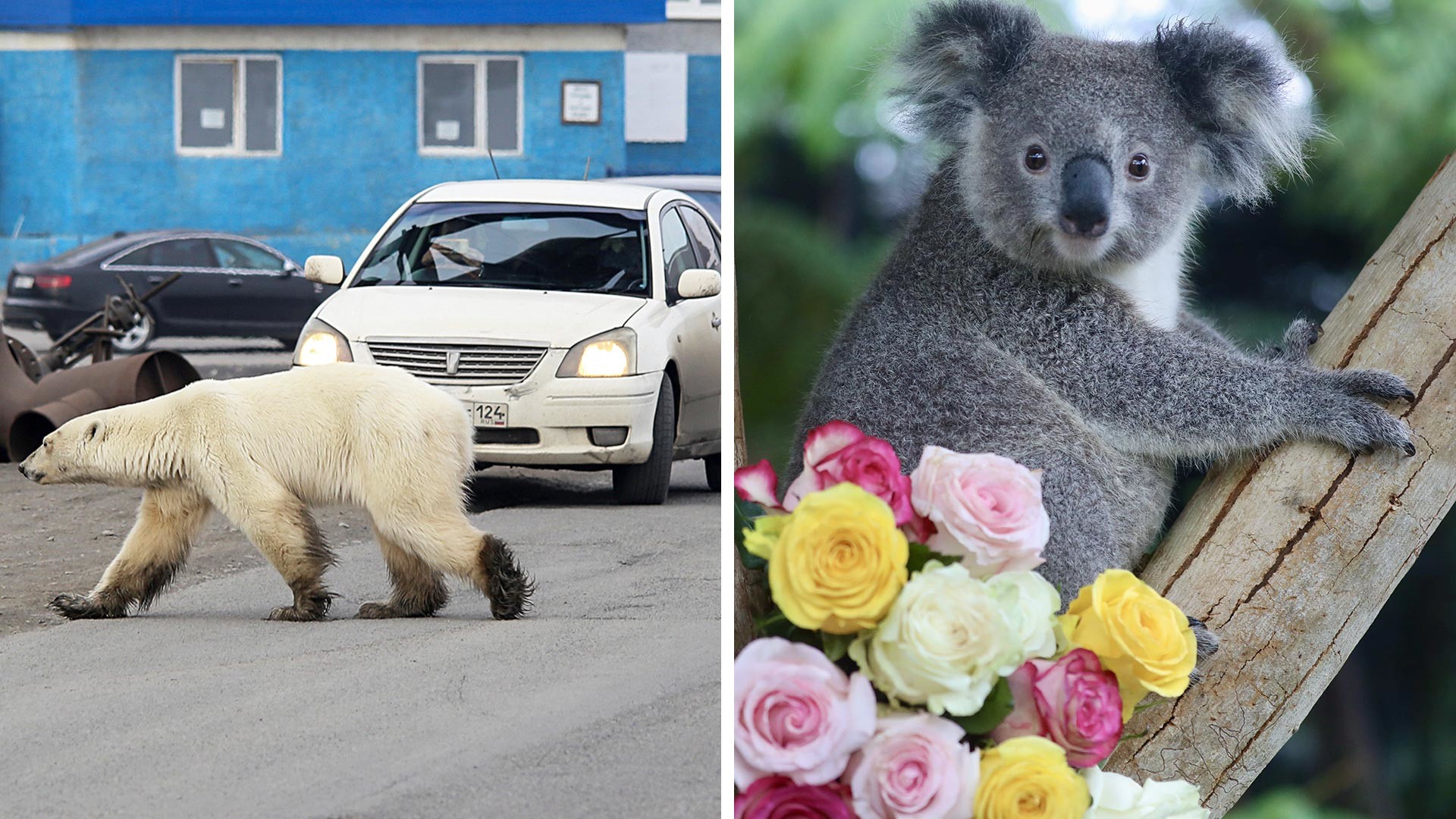 Would you tell this polar bear that he crosses the road wrong?

One popular stereotype about Russia is that bears walk the streets. Sure, sometimes they do, but that’s mostly in small towns and in rural areas. Actually, bears are not the only wild animals you can meet in Russian towns: there are also deer, raccoons, and arctic foxes.

People in Australian cities also often face wild animals and are not surprised when seeing cute koalas in pharmacies and wombats in their gardens. 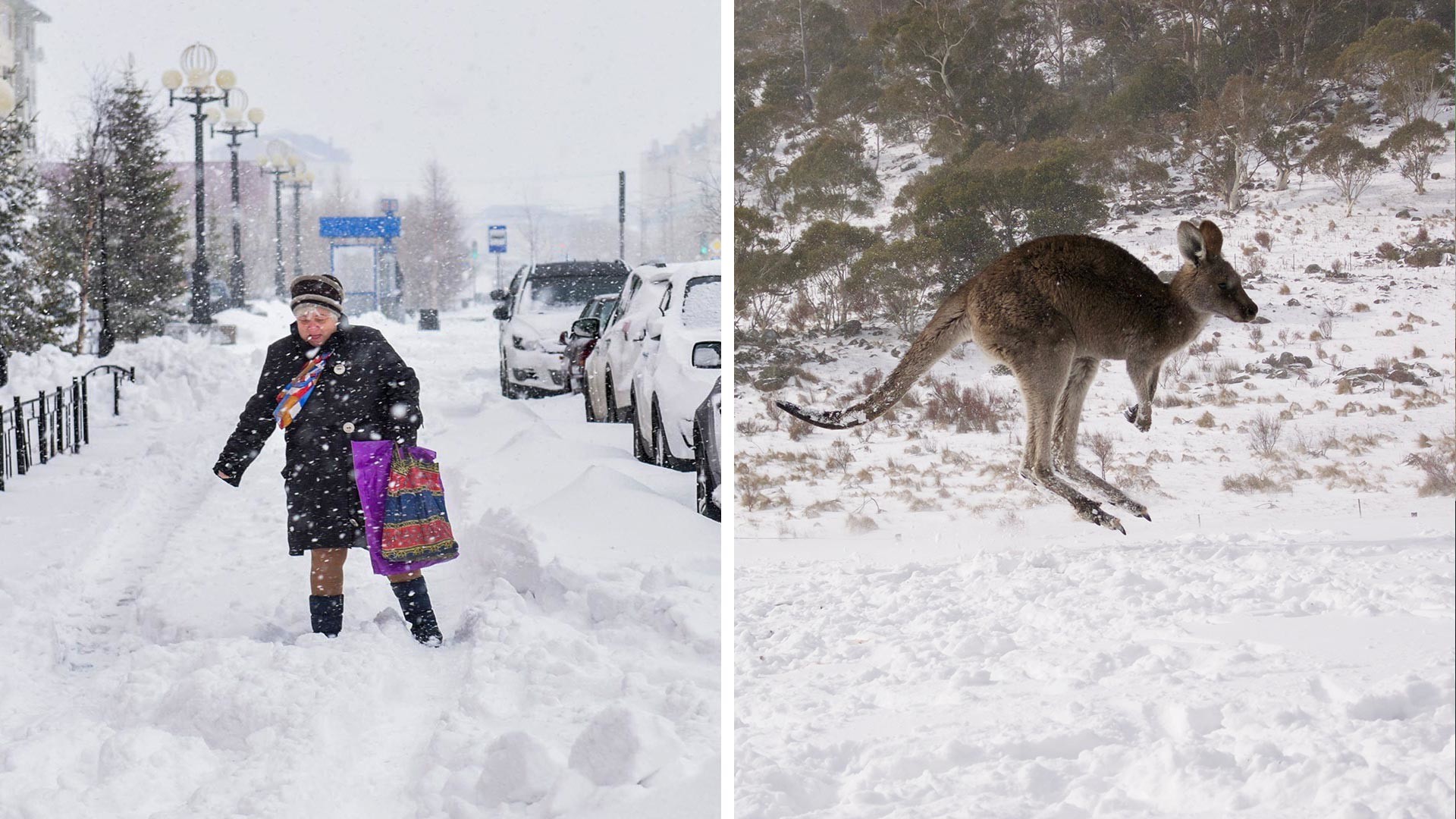 Left: Heavy snowfall in Salekhard in the late spring. Right: A kangaroo enjoys the snow in Australia.

For most people, summer means warm and sunny weather, but not for Australians and Russians. In Australia, the winter starts in June, and it can be very snowy!

In the Russian North, summer snow is also not something extraordinary. In Arctic cities, such as Norilsk or Salekhard, snow from the previous winter might last through the entire summer. 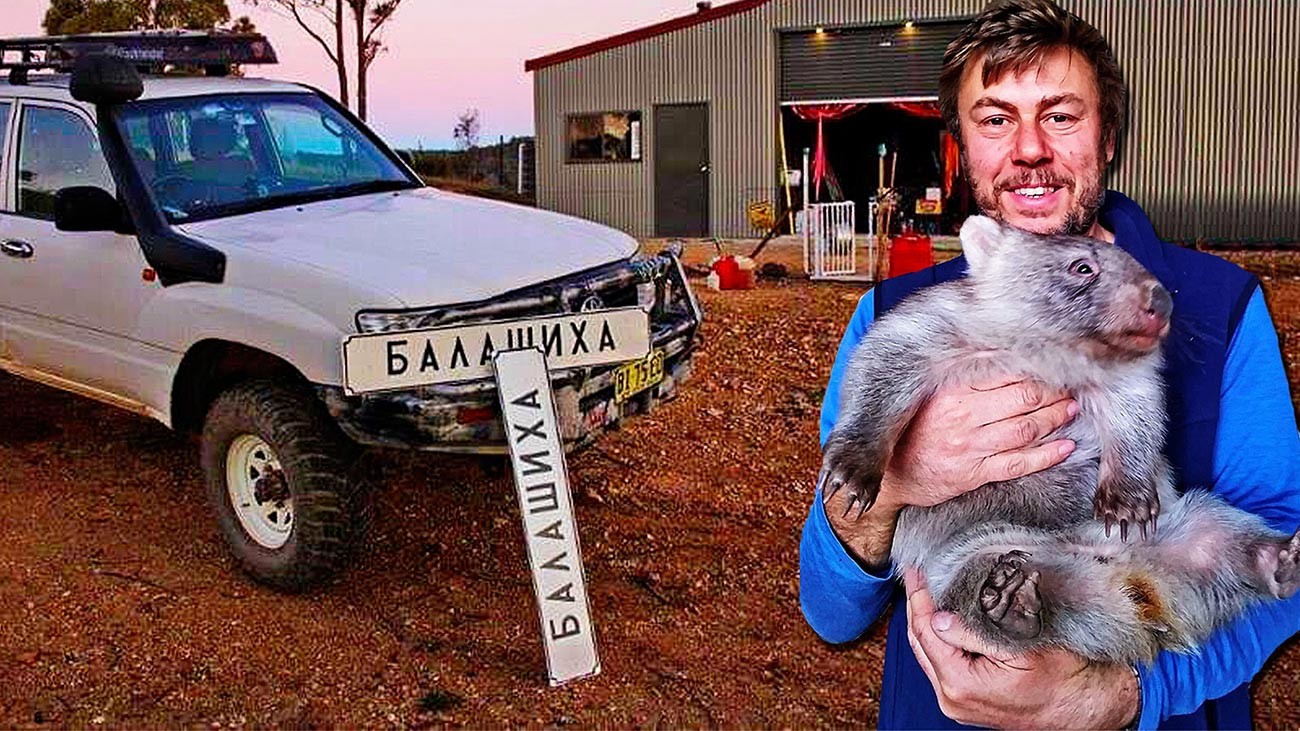 Thanks to Russian emigre Vlad Balashov, this Moscow suburb found its way to the Blue Mountains National Park in the heart of Australia. He decided to recreate his hometown on his farm and even brought two Niva SUVs and road signs in Russian.

So, if you ever see a Soviet car driven by a guy wearing an ushanka - be sure, you’re in Australia!