Papakha: Why all Caucasian men wear this furry hat (PHOTOS)

Mike Roach/Zuffa LLC/Getty Images
For a real jigit, it is not just a warm hat, but a sign of honor and dignity. 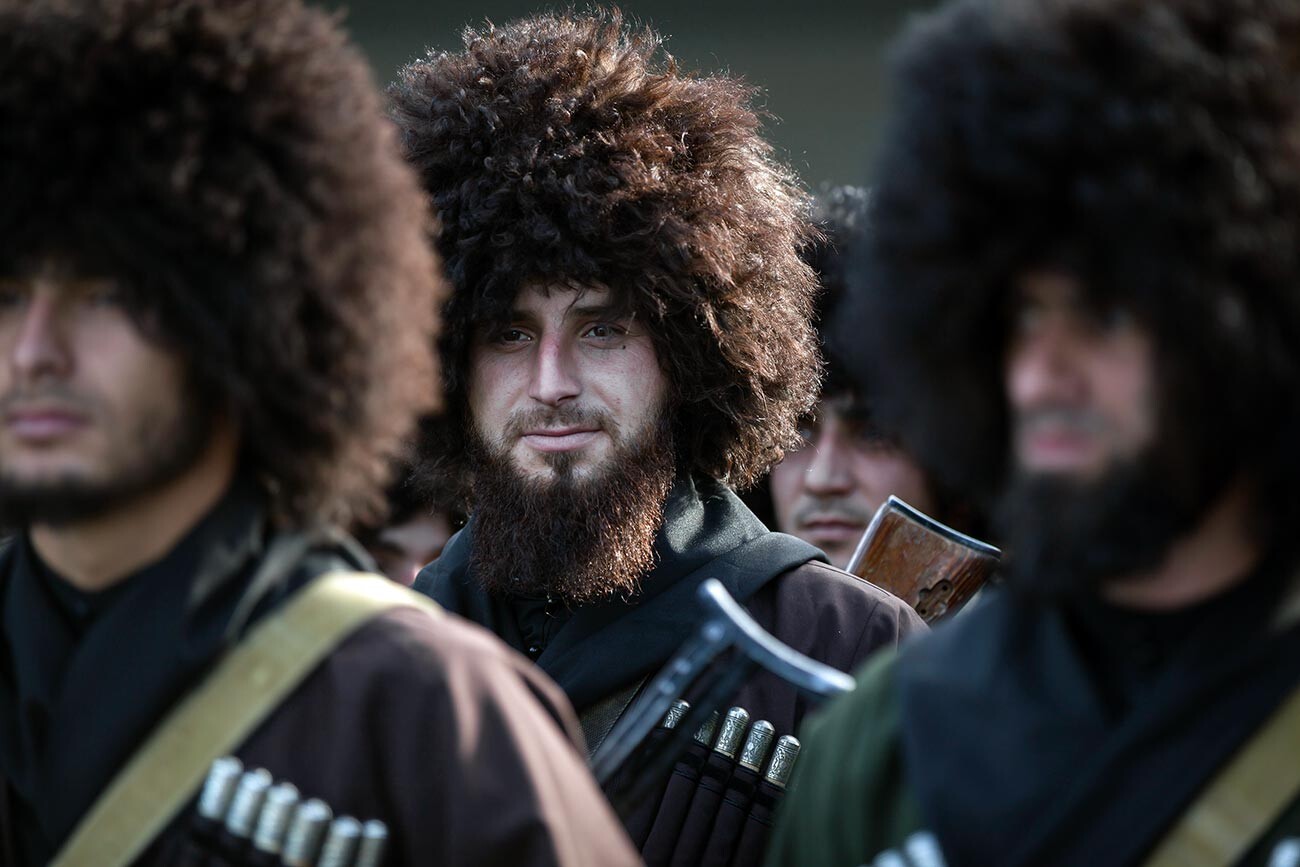 A folk festival in Chechnya

“As long as the head is on the shoulders, it should have a papakha on it.” “A man should carry about two things: a papakha and a name.” There are many proverbs referring to a papakha in the Caucasus. This headdress is not just a part of traditional costume, but also a real symbol and status item. An expensive papakha is considered the best gift. 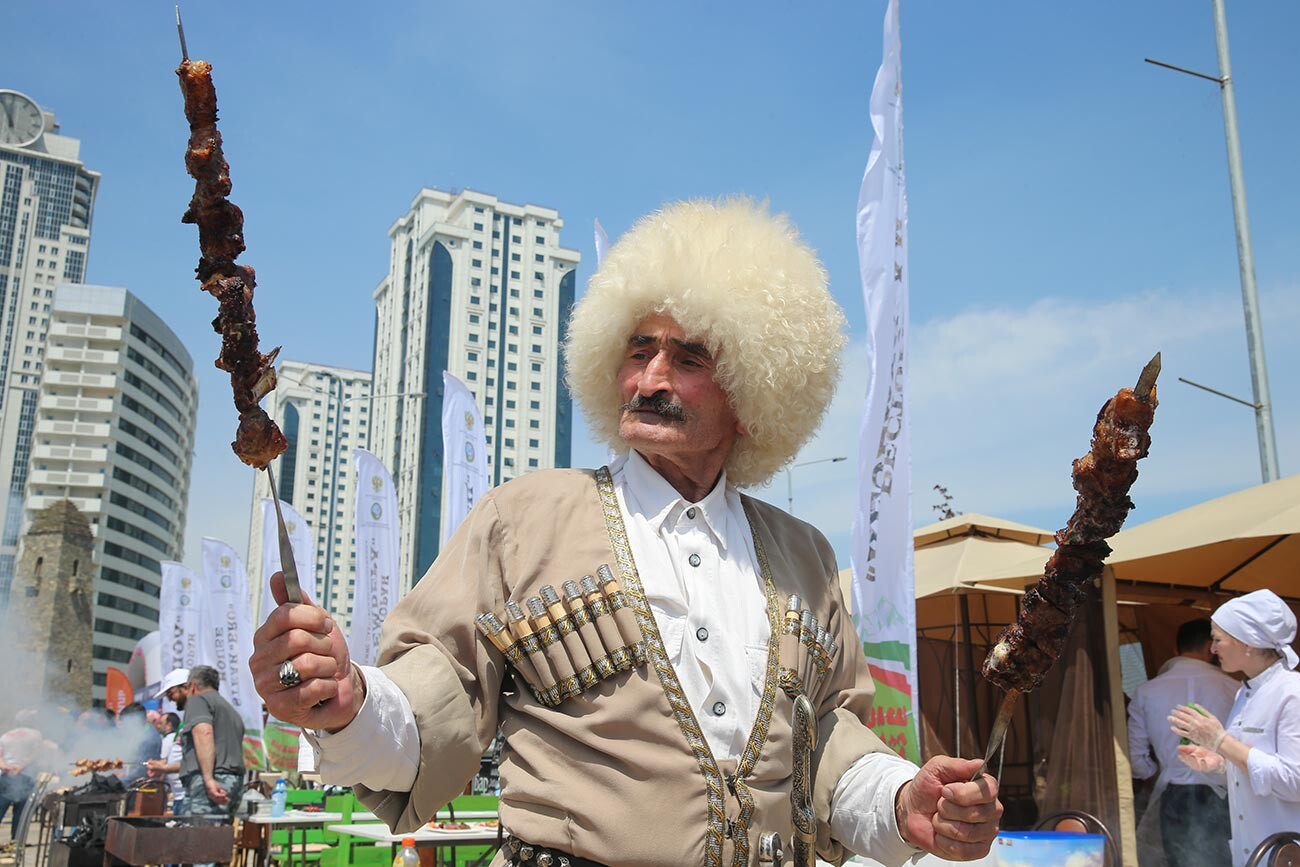 Men in the Caucasus don’t take their hats off, even indoors. It would be an insult to knock a hat off a man’s head and if the papakha owner dies, no one has the right to put it on but his sons. 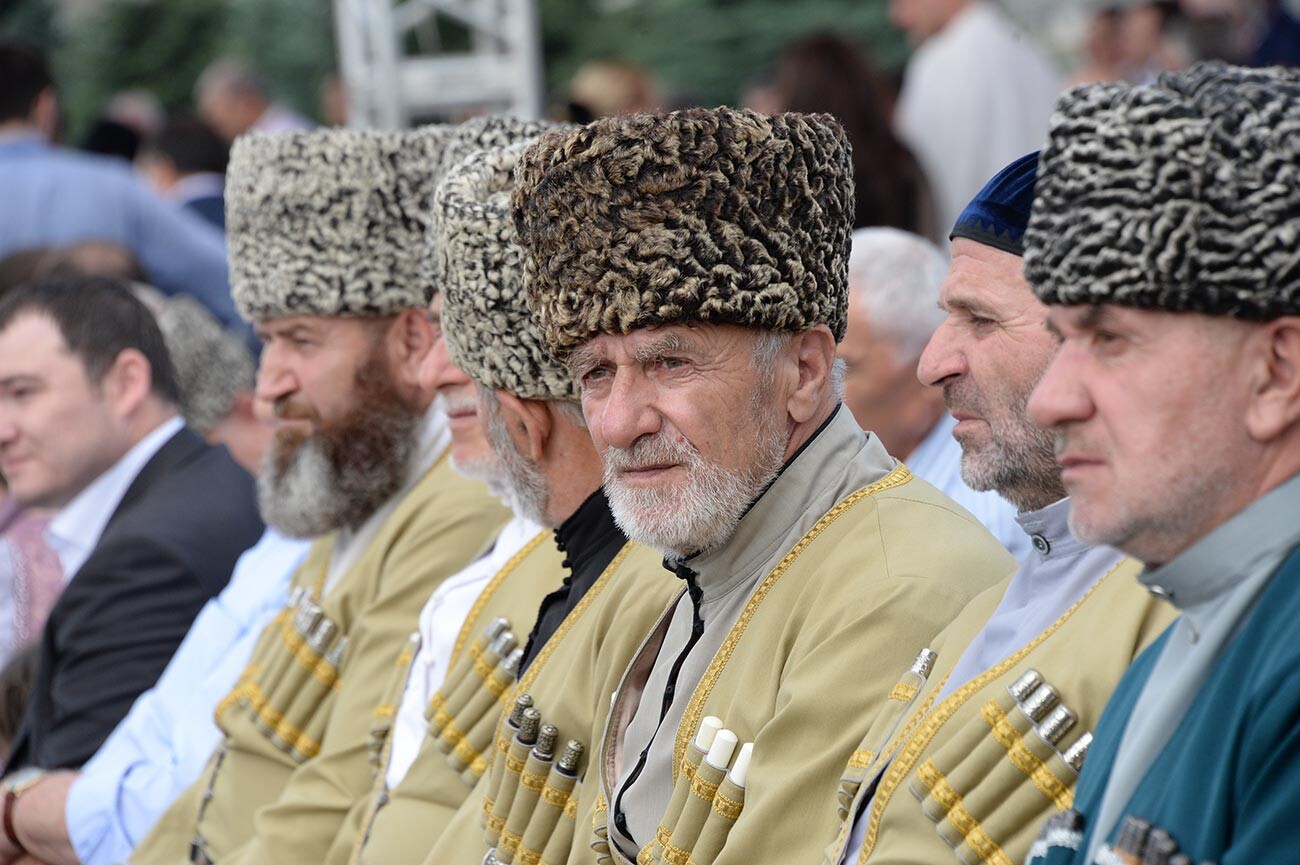 It was Khabib Nurmagomedov, the former UFC champion, who brought the papakha to the world stage. Honoring the traditions of his Dagestani ancestors, he wore the hat to all his fights and weigh-ins. 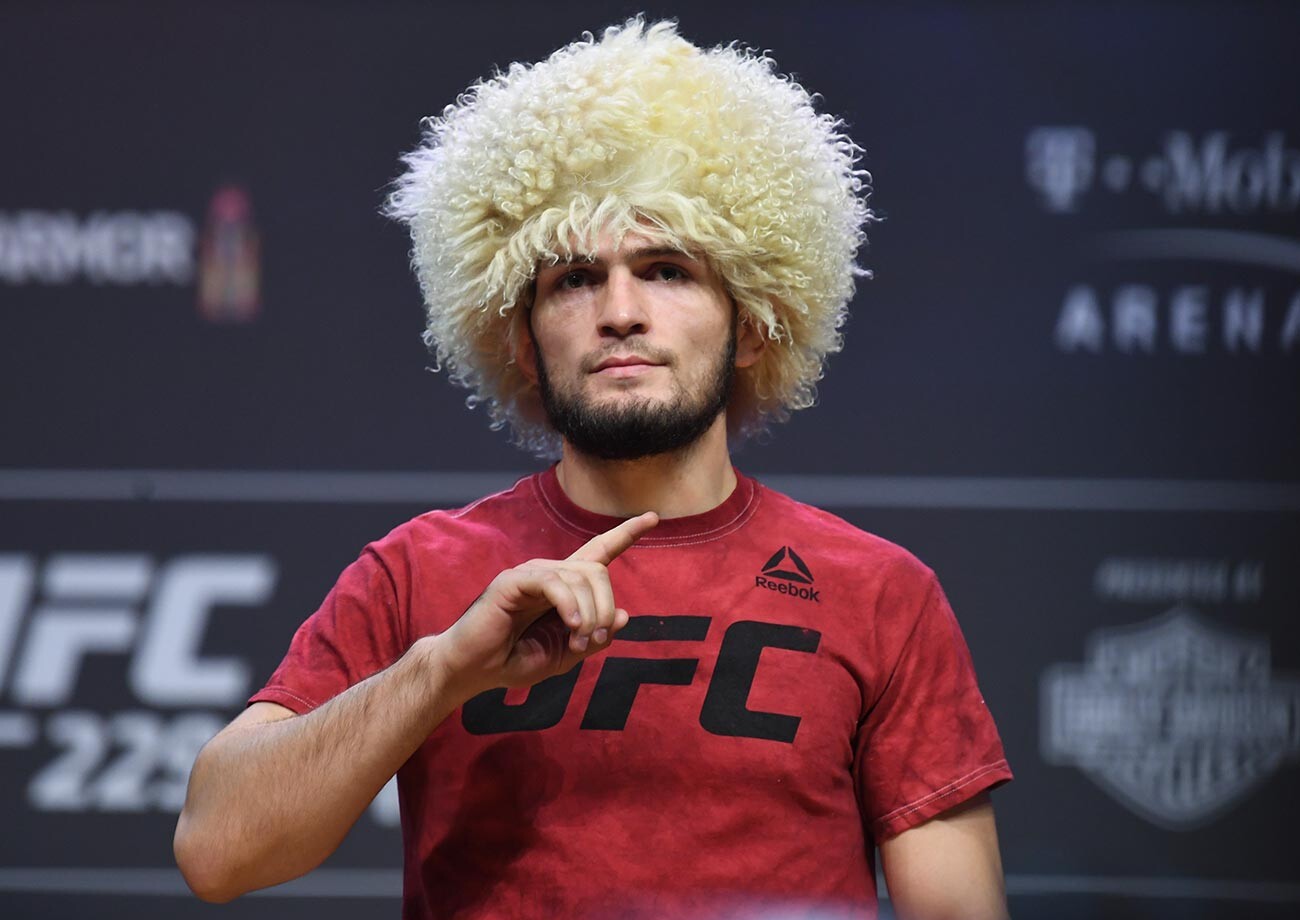 Khabib Nurmagomedov poses on the scale during the UFC 229 weigh-in on October 5, 2018 in Las Vegas, Nevada

“Khabib’s white papakha” has practically become a brand and it’s a popular search request on the Internet “to buy a hat like Khabib’s”. Many of the wrestler’s fans would also wear the hat to support him. 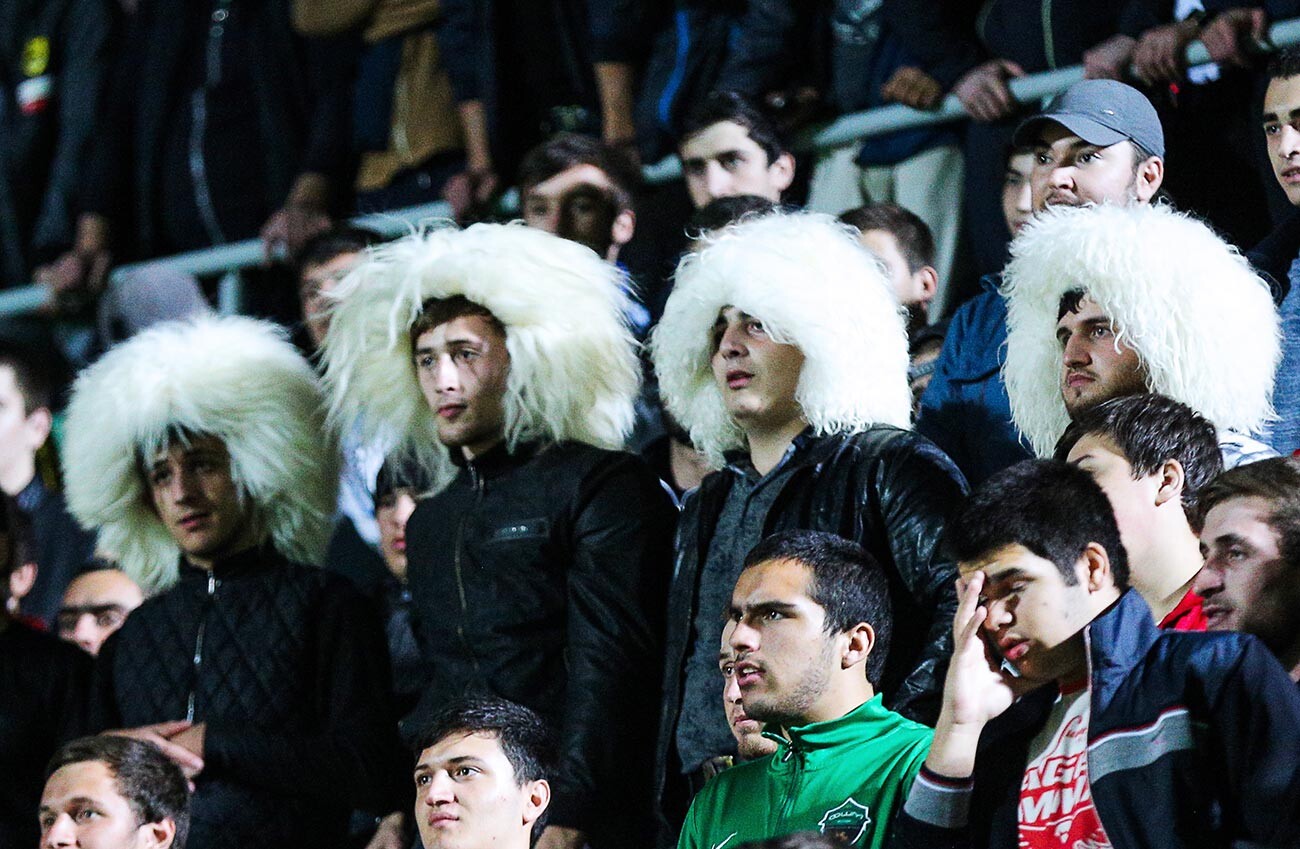 Habib’s hat is just one of the papakha varieties. They can be made of sheep or goat’s wool, while the most valuable are considered to be caracol hats. 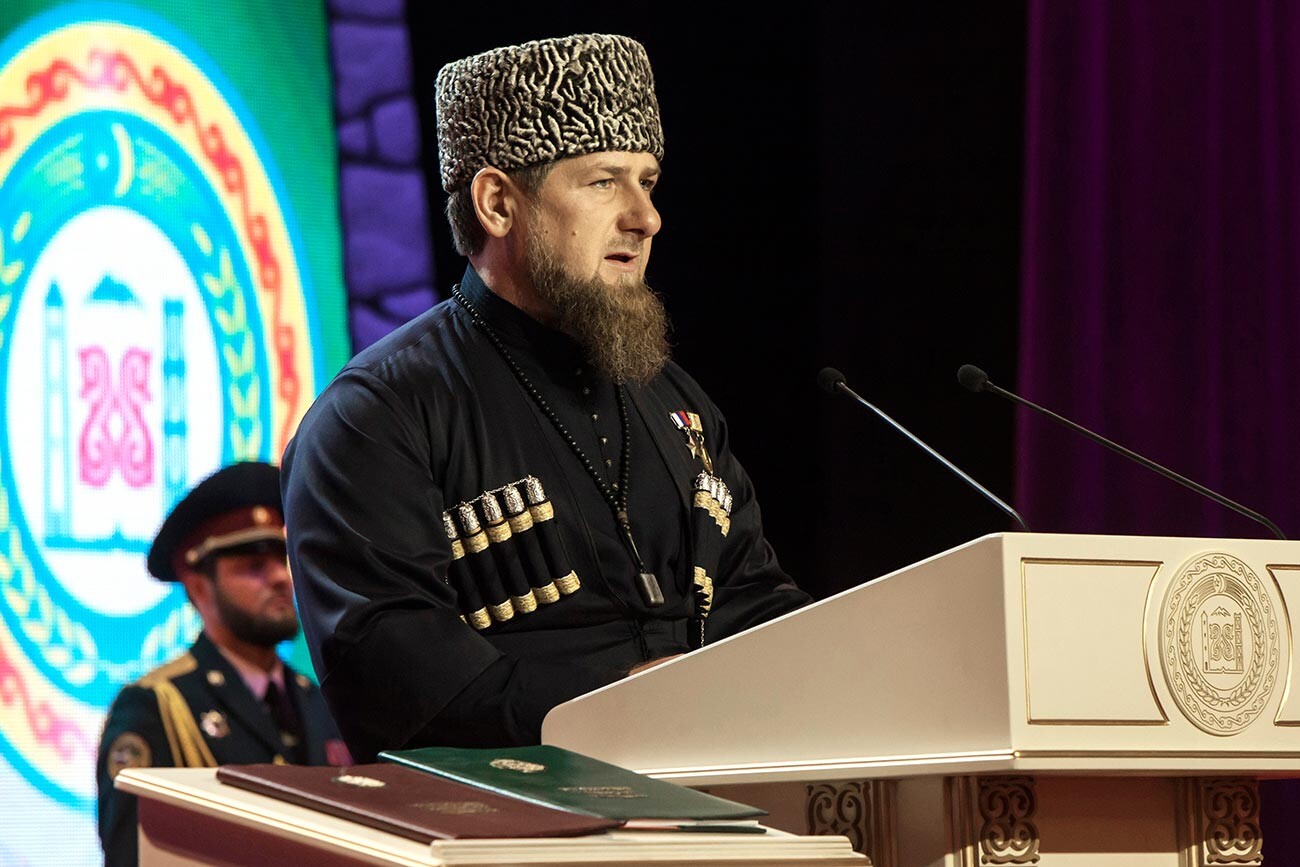 Papakha shapes and sizes can also vary - semicircular, widening to the top or with a flat cloth bottom. 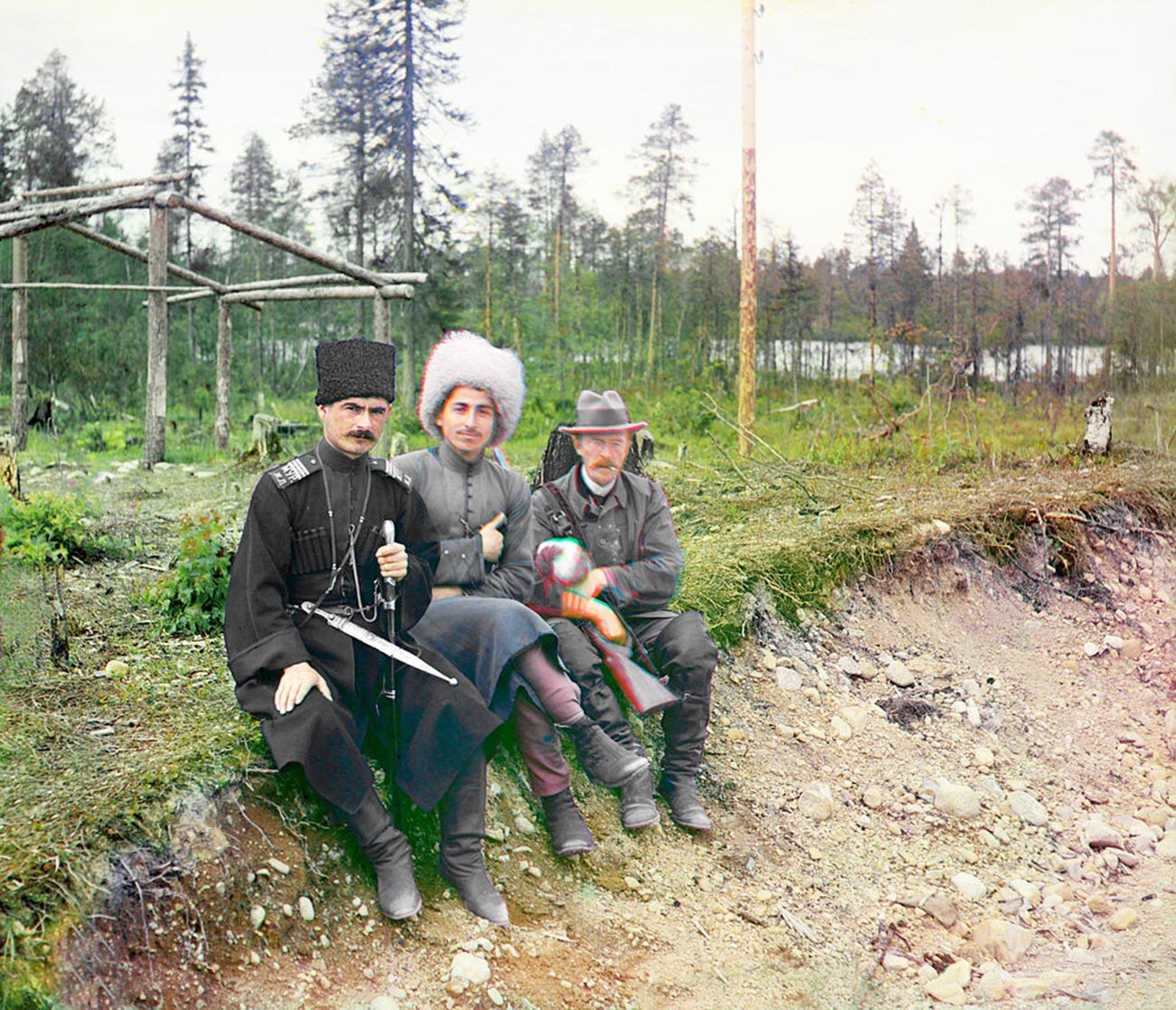 Interestingly, it’s only men who sew these hats. The skins of sheep and goats should be washed several times and dried in the sun, then treated with a special saline mixture to prevent the wool from spoiling. 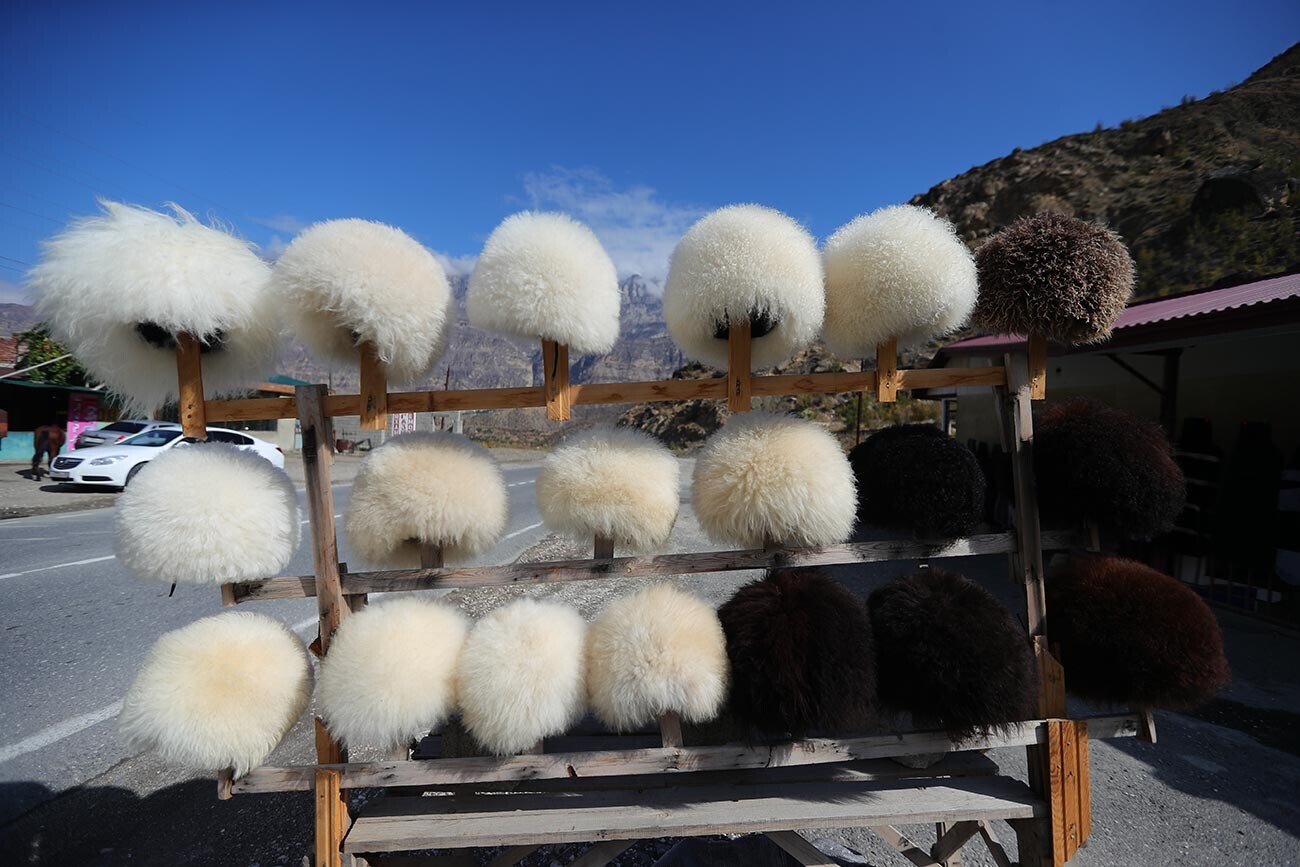 Papakha on sale in Dagestan

An experienced craftsman is able to sew up to 40 hats a day. The price of a sheepskin papakha starts at 500 rubles (and often does not exceed 5,000 rubles), while a goatskin papakha will cost a bit more - starting from 800 rubles. 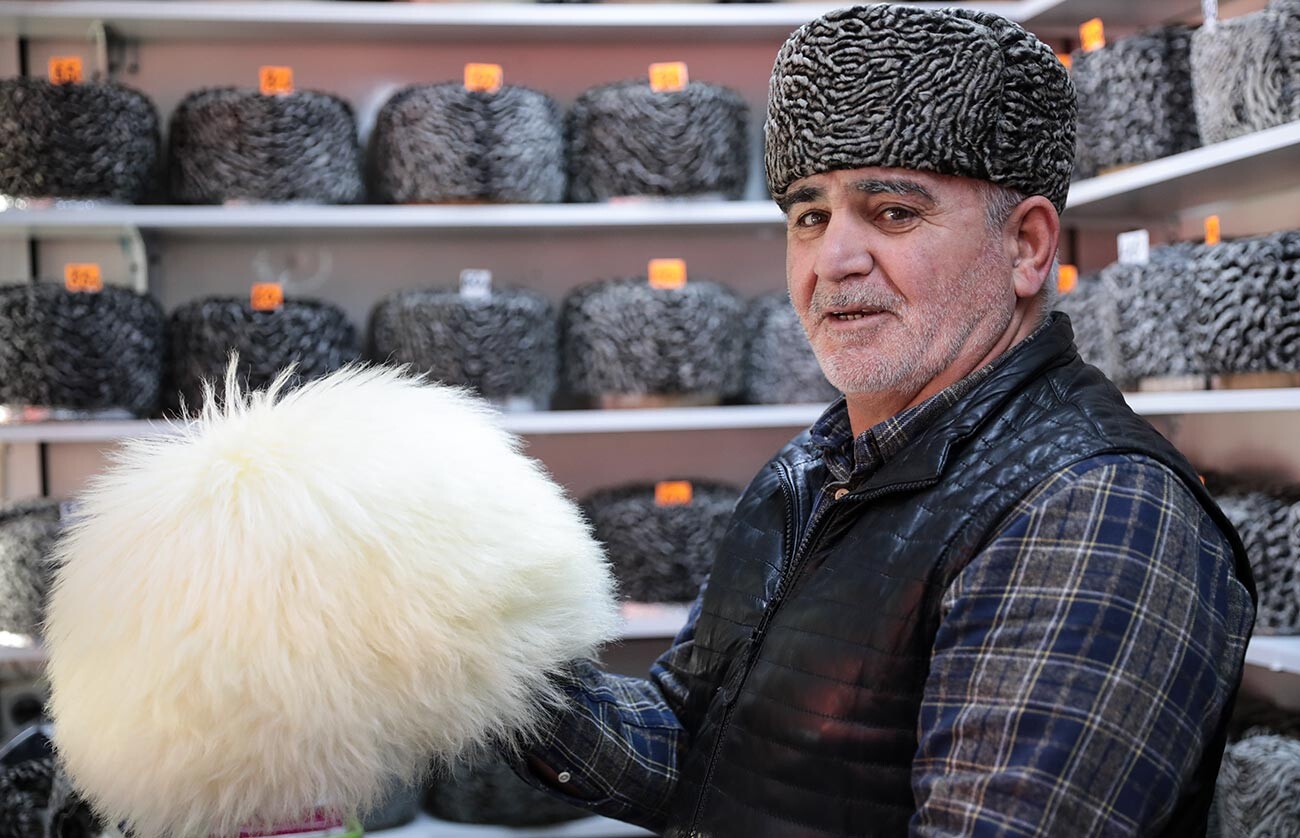 Papakha is now considered a traditional Caucasian headwear, but most likely it came to the Caucasus from Central Asia together with nomadic Turkic tribes (the word ‘papakha’ itself has Turkic origin). 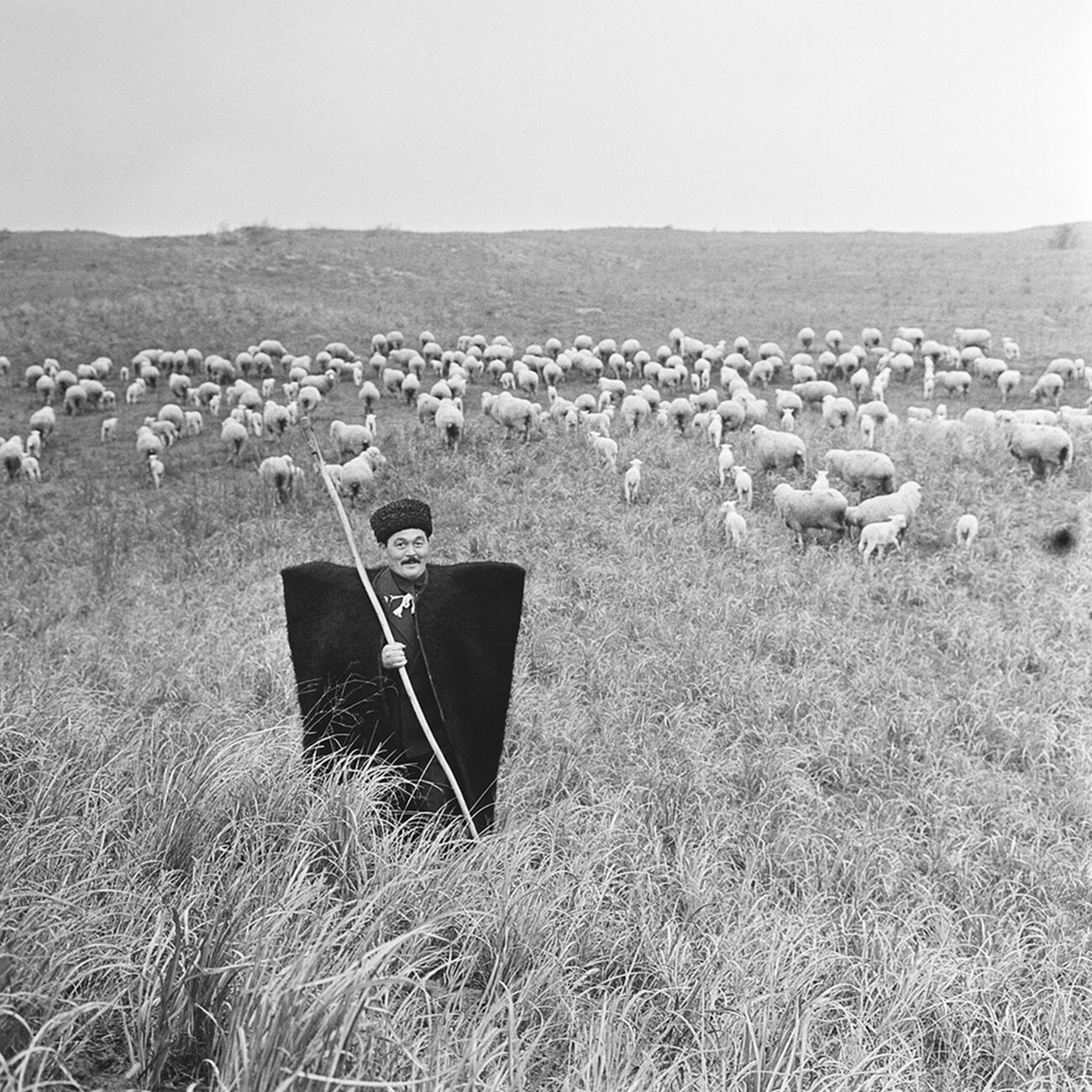 From the mid-19th century, these hats became an element of military uniform in the Russian army. Firstly soldiers in the Caucasus and Central Asia wore them, and then the tradition spread to the Cossack troops (like many other elements of Caucasian attire, including cherkesska coats, burka sleeveless felt coats and gazyrs, already mentioned above). 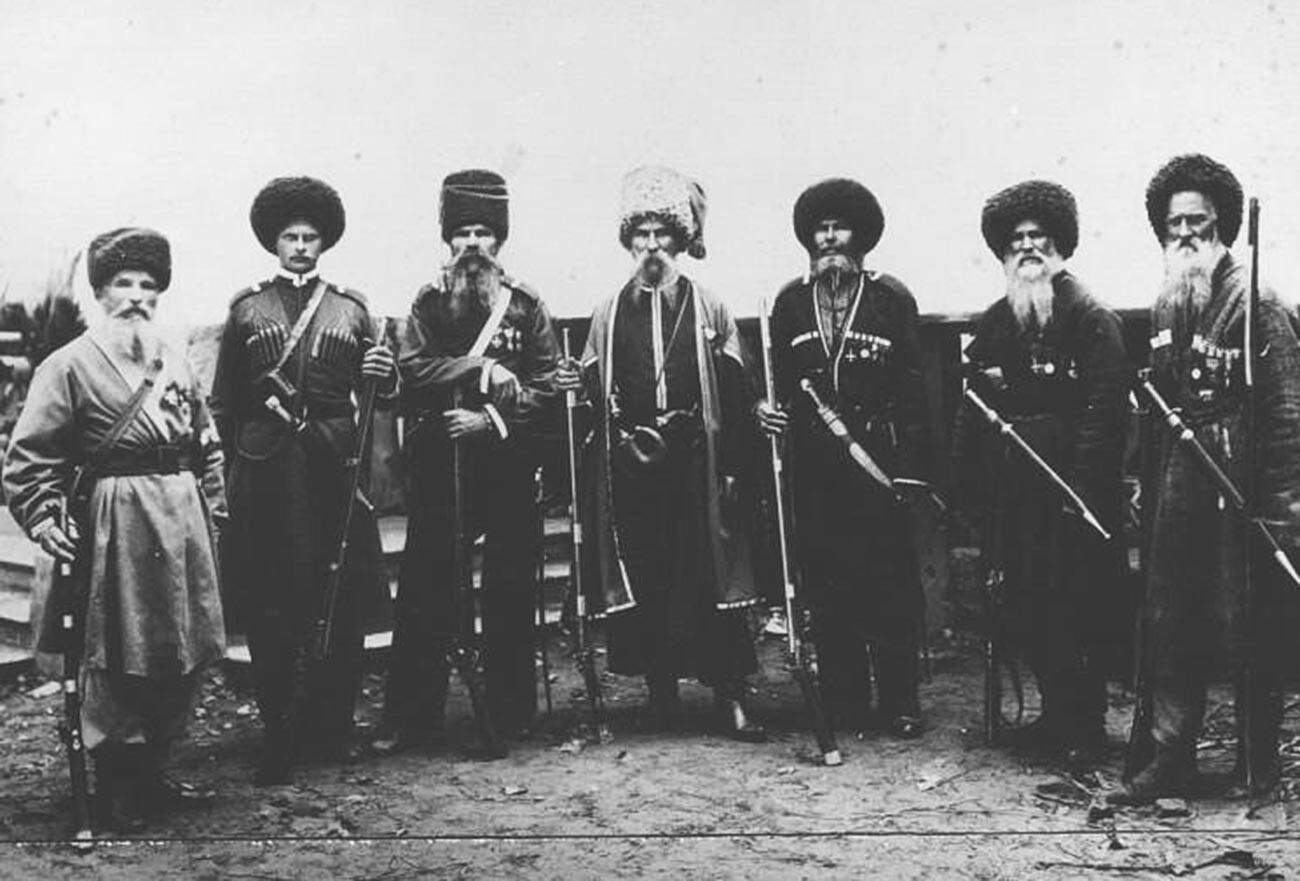 The guards of His Imperial Majesty's Own Escort, which consisted mainly of Cossacks, Circassians, and other mountaineers of the Caucasus, also wore hats. 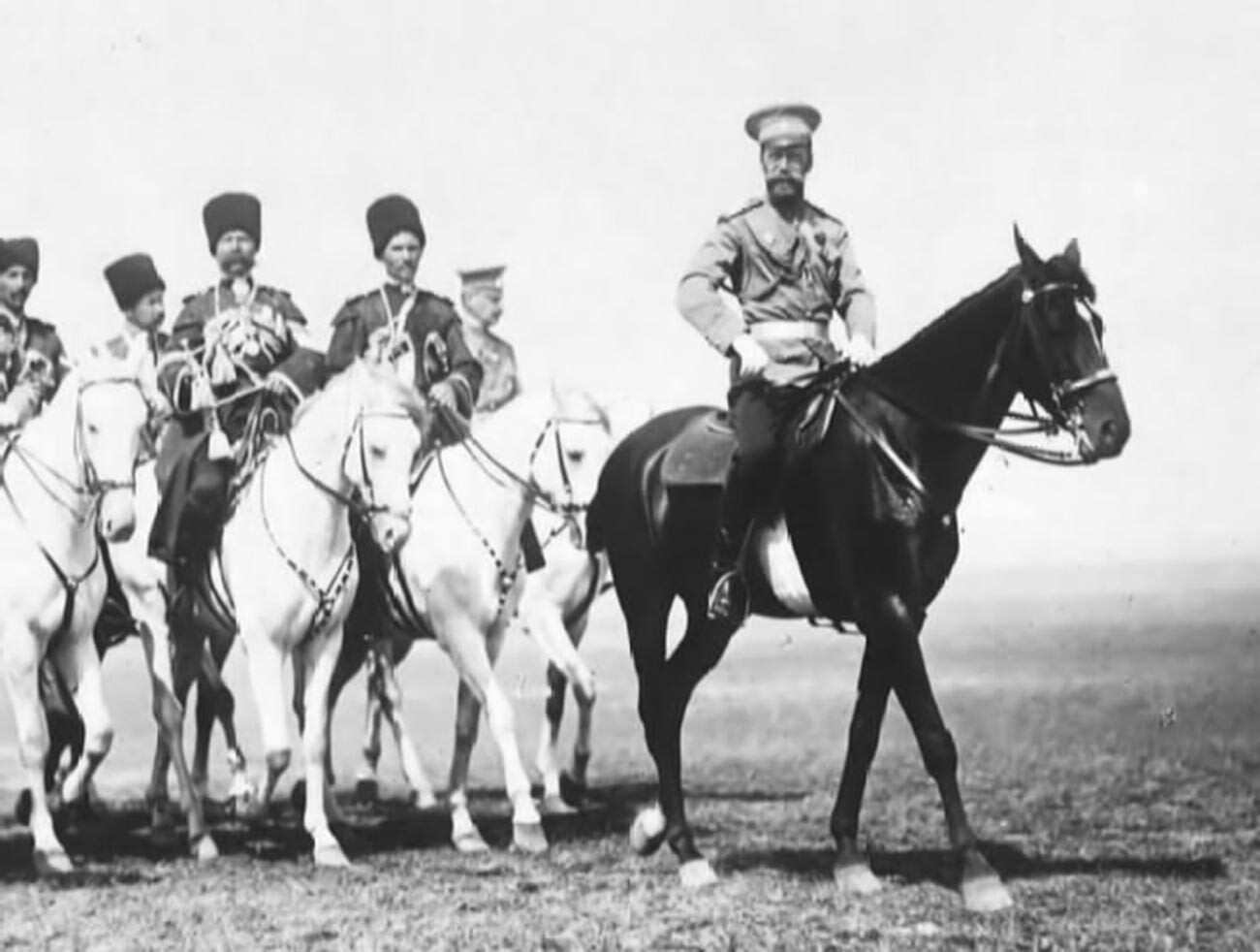 Nikolai II and his Cossack Escort

Although the highlanders believed that the hat was not for warmth, but for status - papakha turned out to be very practical and soon appeared in the military formations, which were located in Siberia. 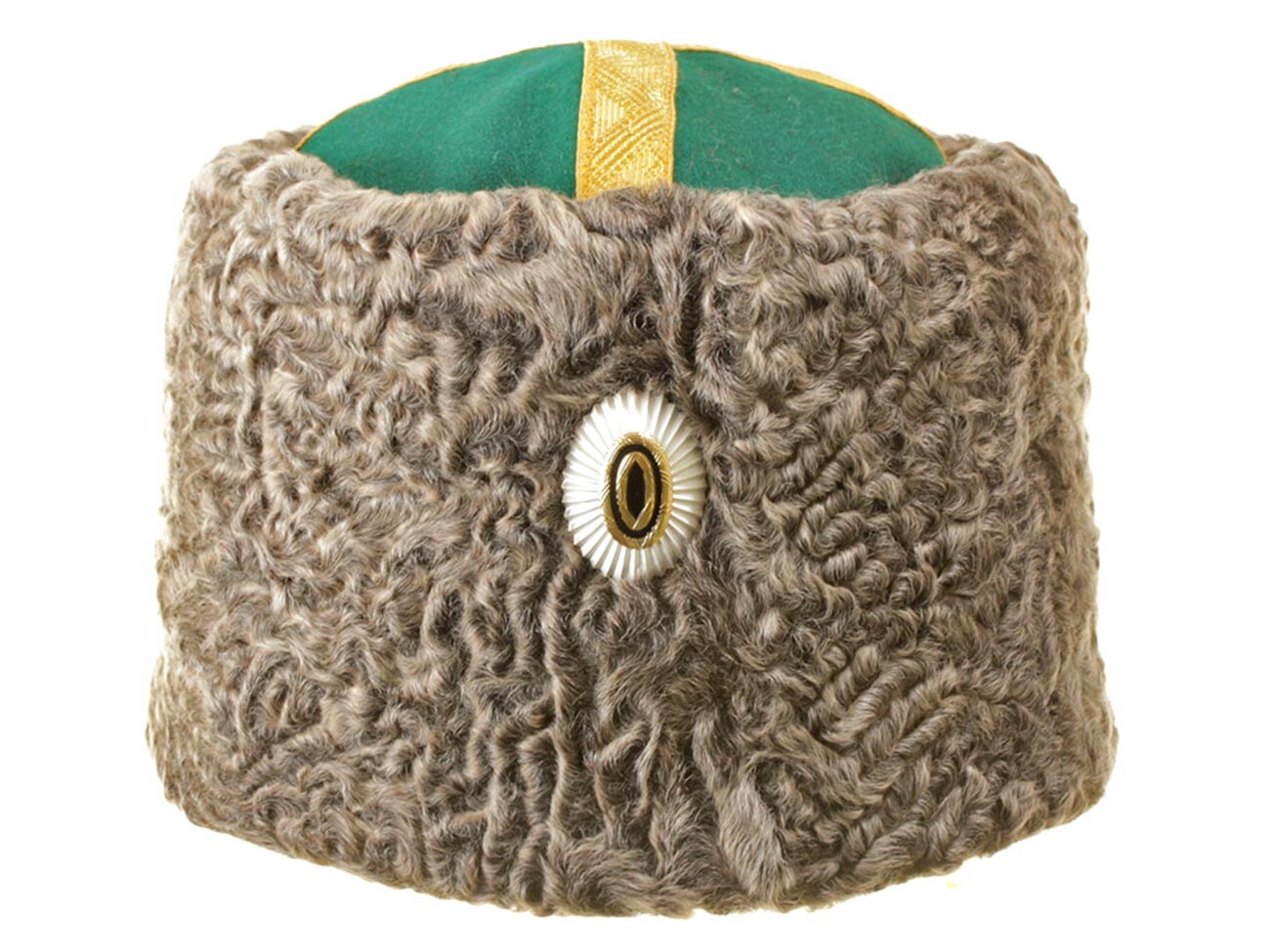 In 1913 papakha was implemented as the winter headwear for the whole Russian army. 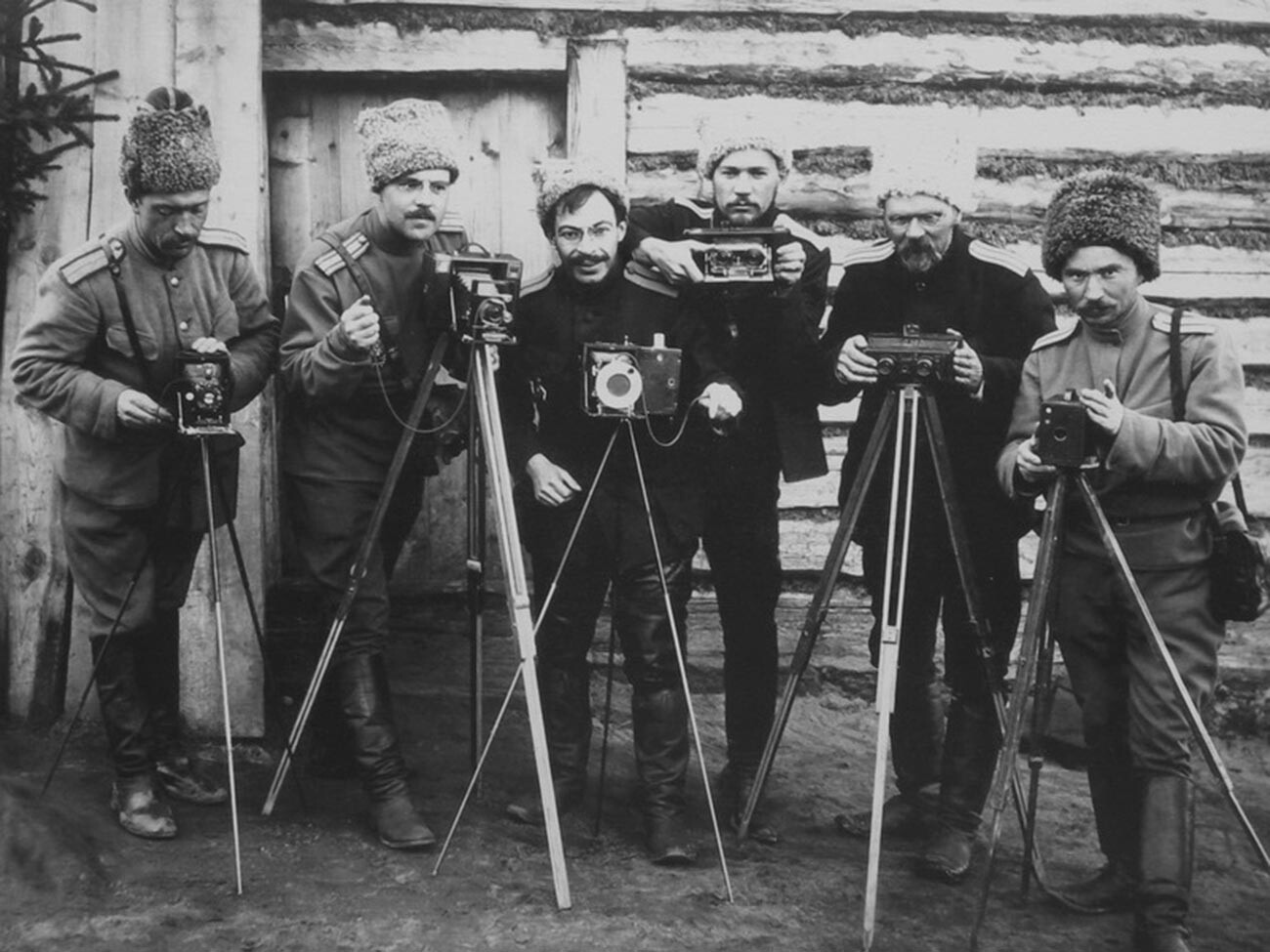 Photographers of a Siberian division of the Russian Empire, 1915

Partly papakha was inherited by the Soviet troops, however, a cheaper option was found for soldiers - a cloth budenovka hat. Still, high-ranking officers in the Soviet army kept wearing papakha. 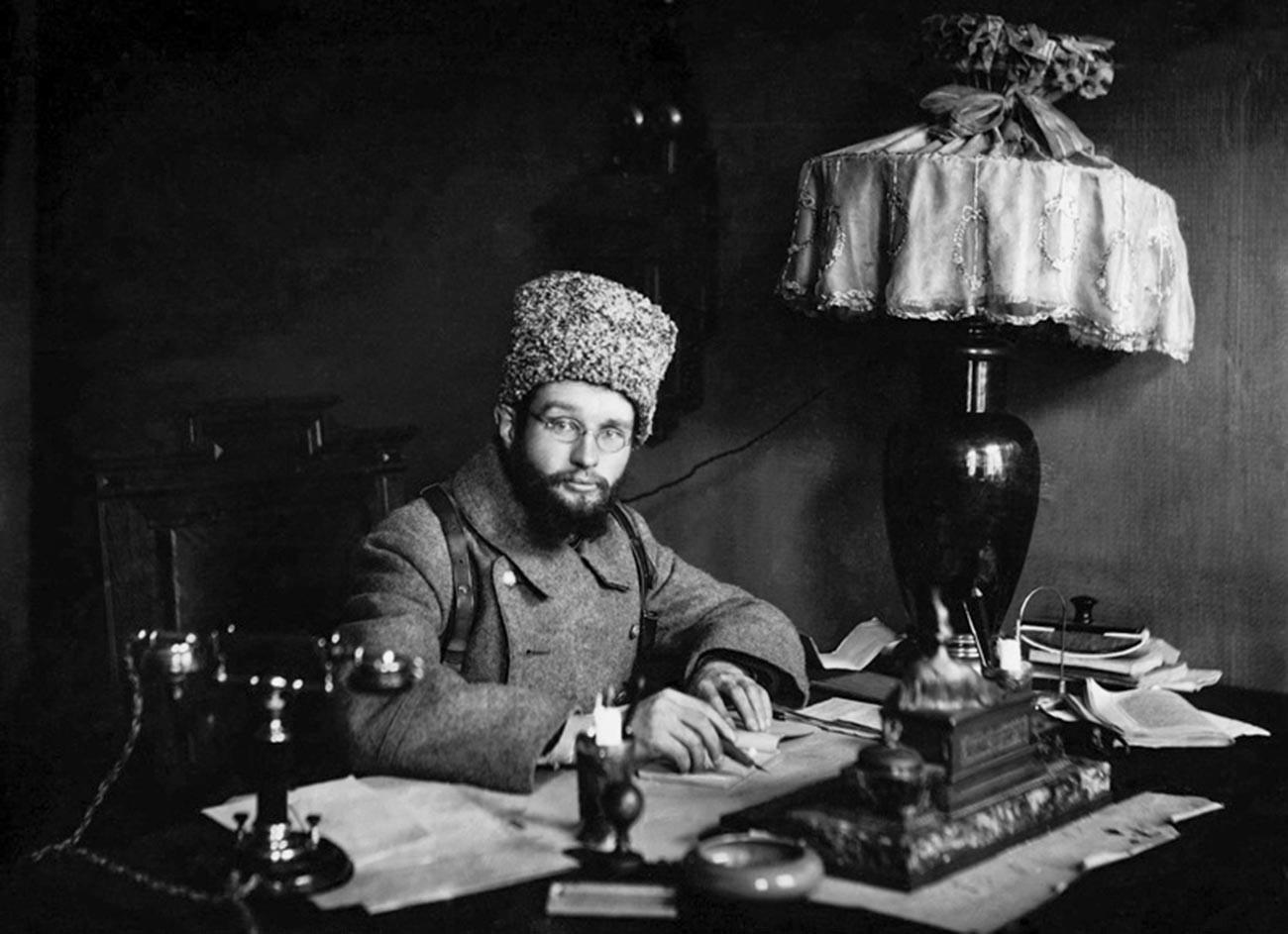 In the army, wearing a papakha was officially abolished in 1992 and replaced by the famous ushanka hat with earflaps. However, in 2014, the papakha returned as the winter hat of generals and colonels. And, of course, it is still worn by Cossacks. 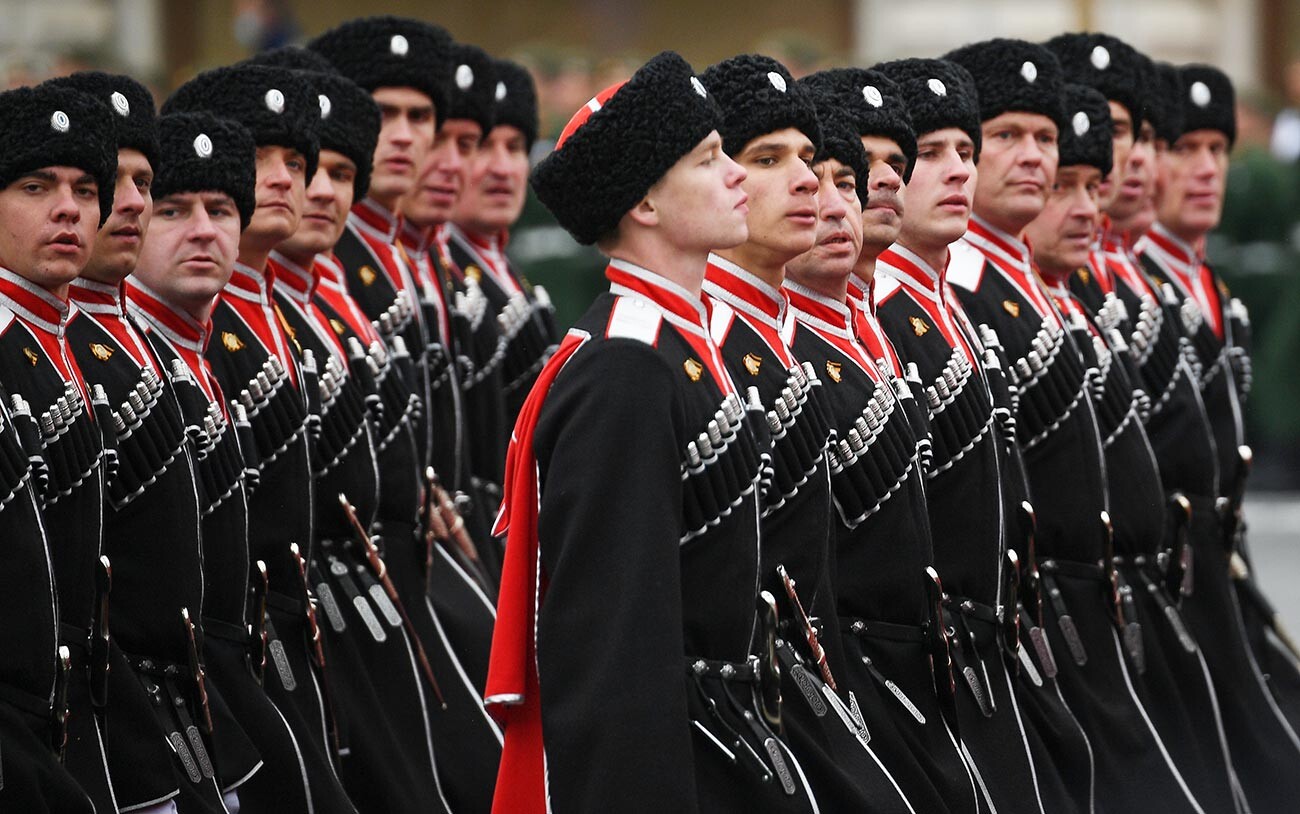