How patchwork became a form of art in Russia (PHOTOS) 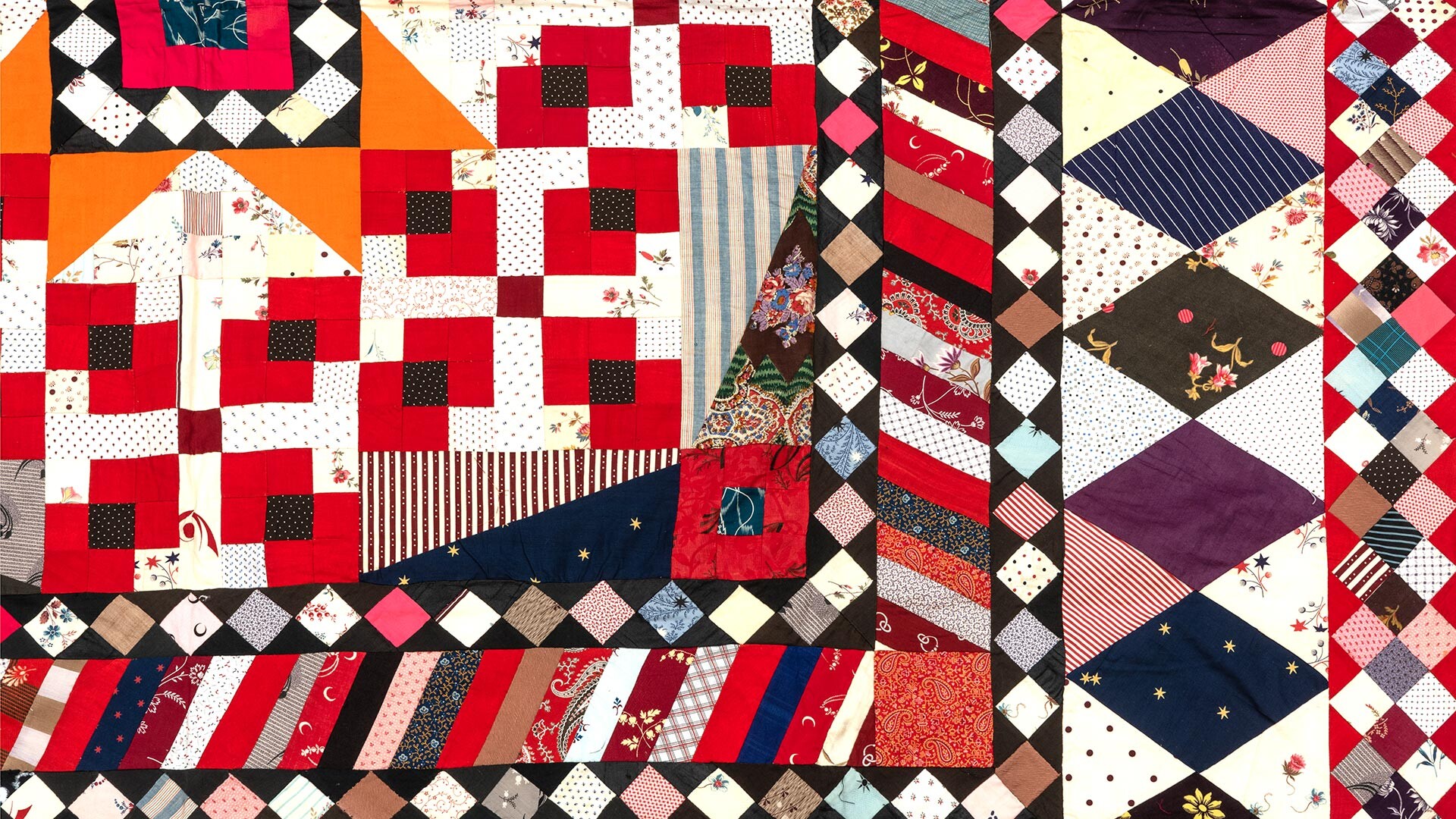 State Russian Museum
Out of necessity, generations of Russian craftsmen have long sewn various scraps of fabric together. Over time, this simple routine work turned into an art form.

In recent years, a variety of different handicrafts have become more and more popular as a hobby.  "Quilting" is spreading among needlewomen around the world, and this refers to making quilted fabrics with a variety of patterns and ornaments. Pieces of fabric are sewn on a ready-made, non-woven basis (for example, from cotton) or combined with each other. One of the techniques - patchwork - has been very popular in Russia since the 19th century. 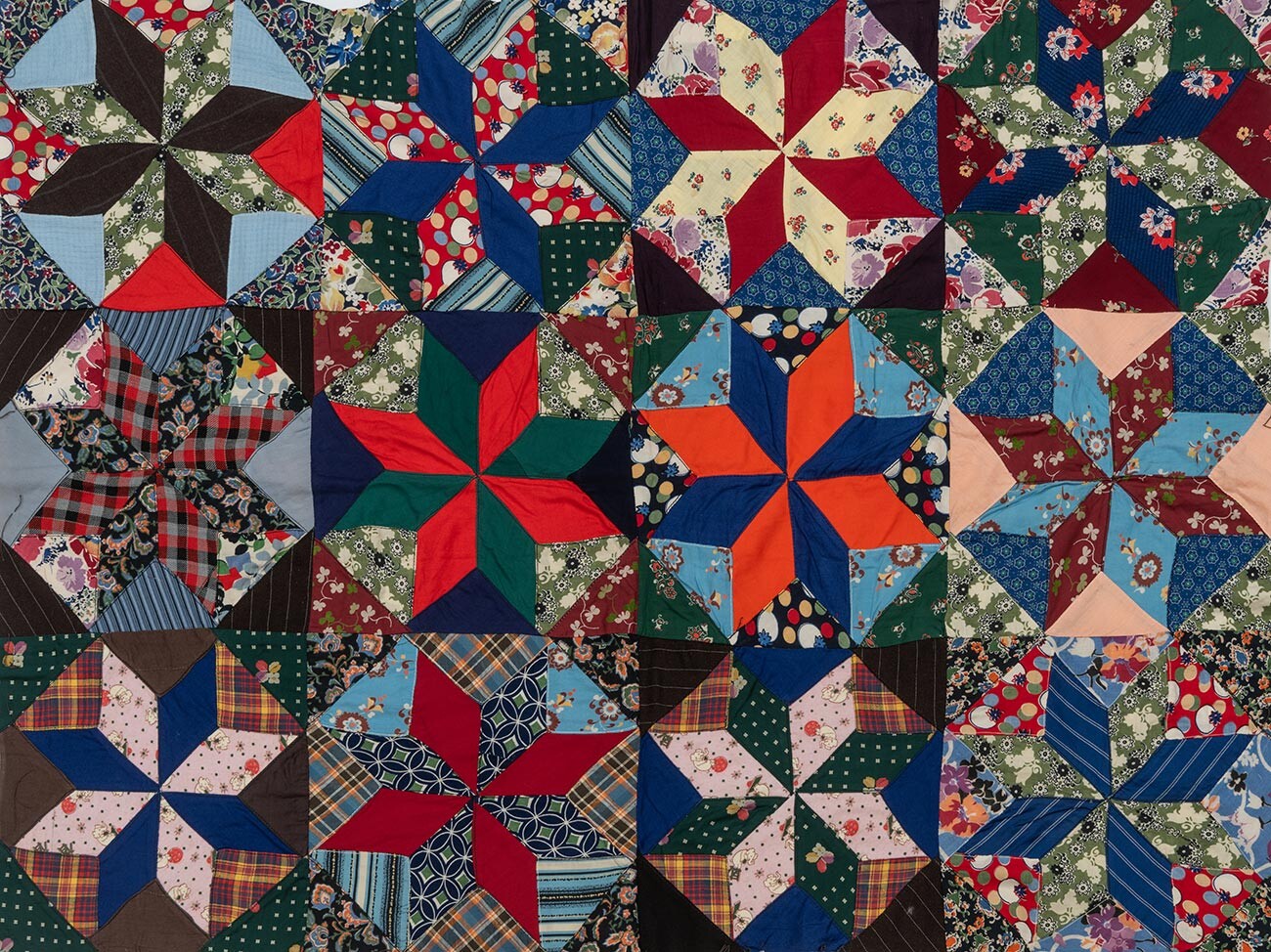 In Russia, fabrics have always been cherished. Every home had its own spinning wheel: homespun cloth was highly valued, and the skill of a needlewoman was one of the trump cards when looking for a husband. Girls sewed their own dresses and dowry, while quilts were made for a wedding or for the birth of a child. 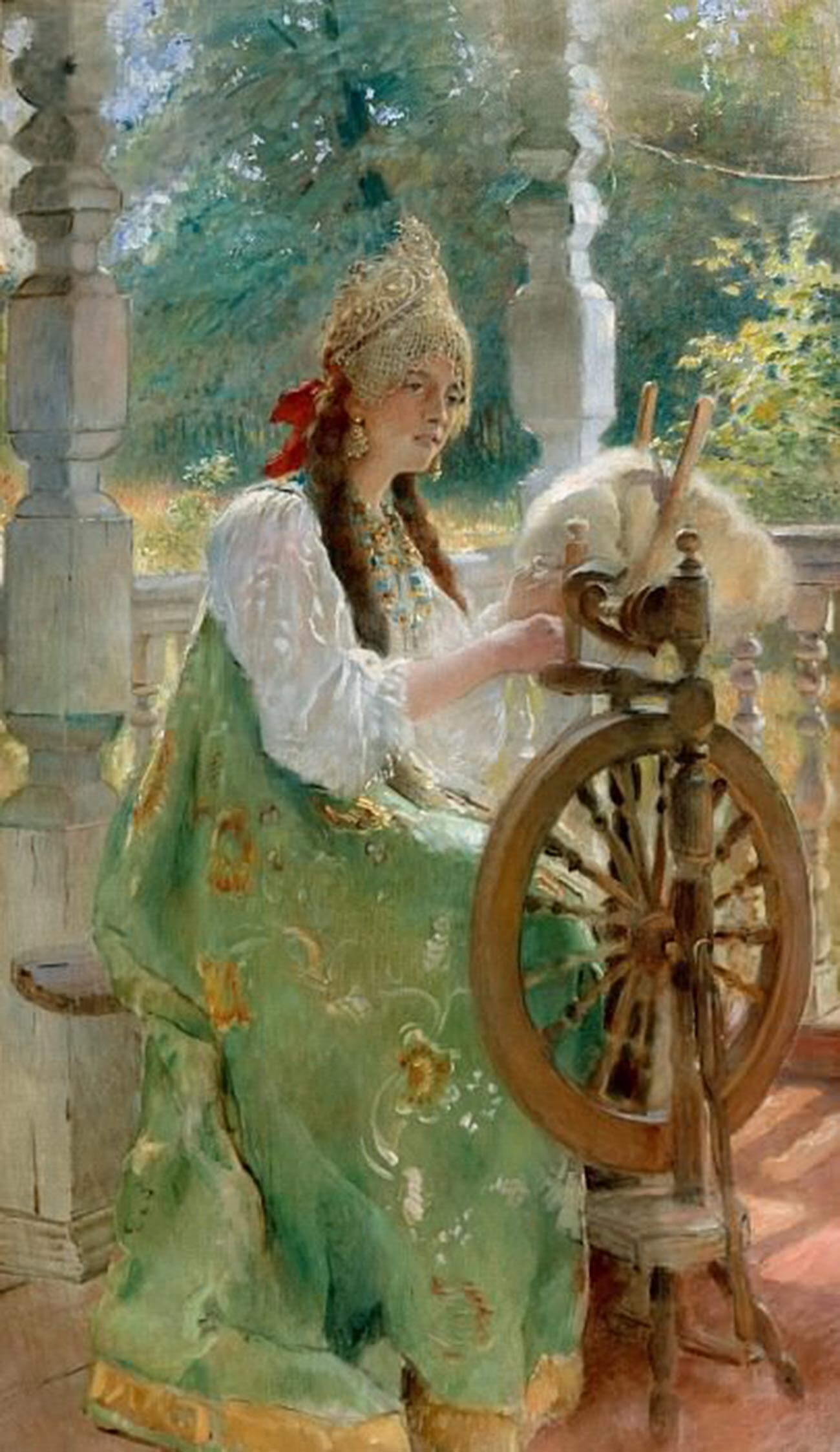 Konstantin Makovsky. At the Spinning Wheel, 1900

There were almost no extra pieces of homespun cloth left - they were more often made to exactly the right size. Any leftovers or parts of spoiled items that were no longer suitable for wearing were used to fix other clothes or as patches. Nothing was thrown away! 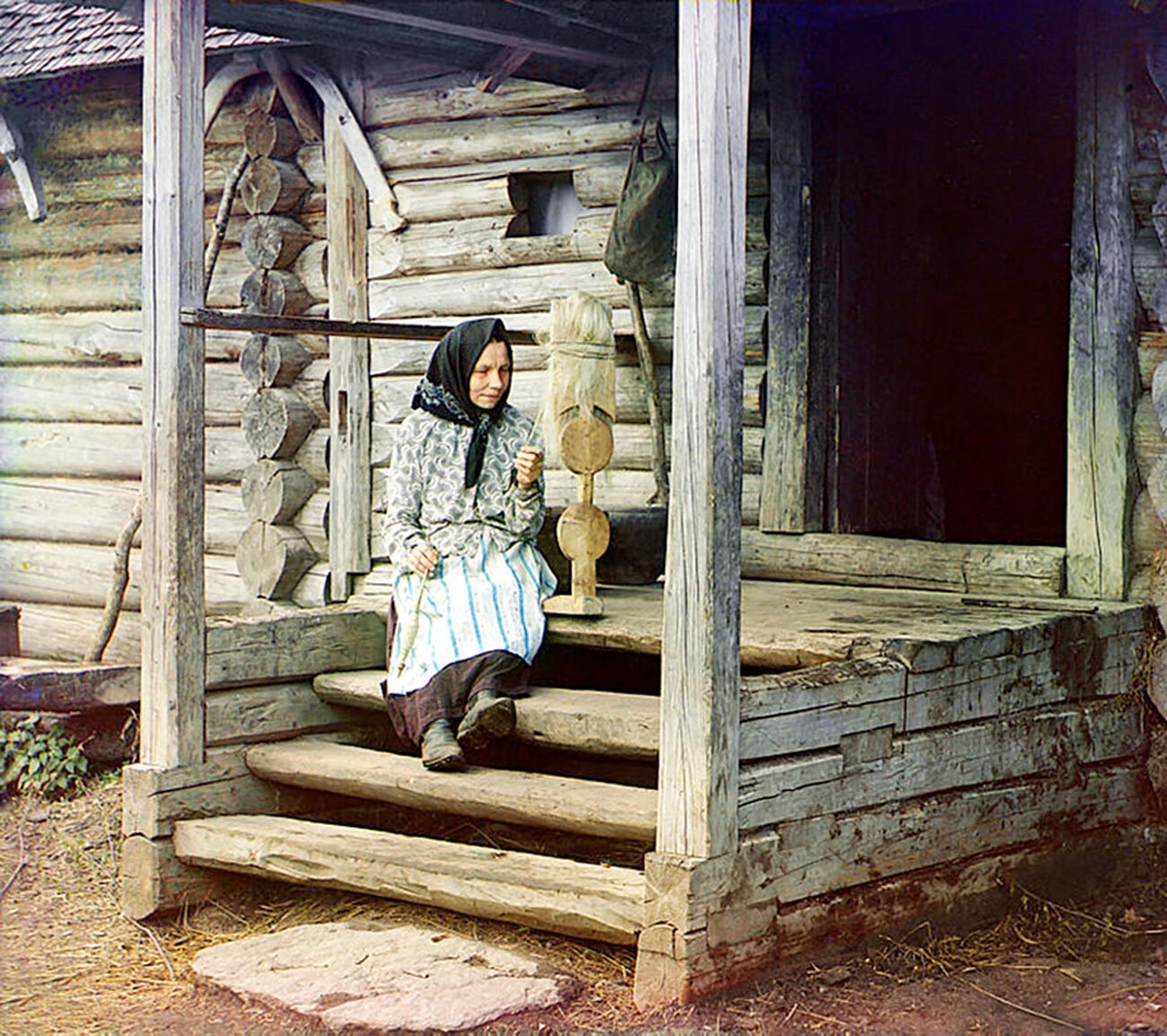 Before the spinning wheel, hand distaffs like this were used (1910)

The tradition of patchwork began to develop in Russia in the 19th century when many garment factories appeared, and factory chintz fabrics with bright printed patterns became common. Peasant women began to wear dresses made from cheap and colorful cotton fabrics, and when they fell into disrepair, they were given a second life. Large pieces were re-stitched into dresses and other clothes, and the scraps were carefully collected and sewn into quilts, mats, and napkins.

In the mid-19th century, writer Vladimir Sollogub described that behind the Russian stove in peasant houses often was a bed covered with "a blanket sewn from various chintz shreds." 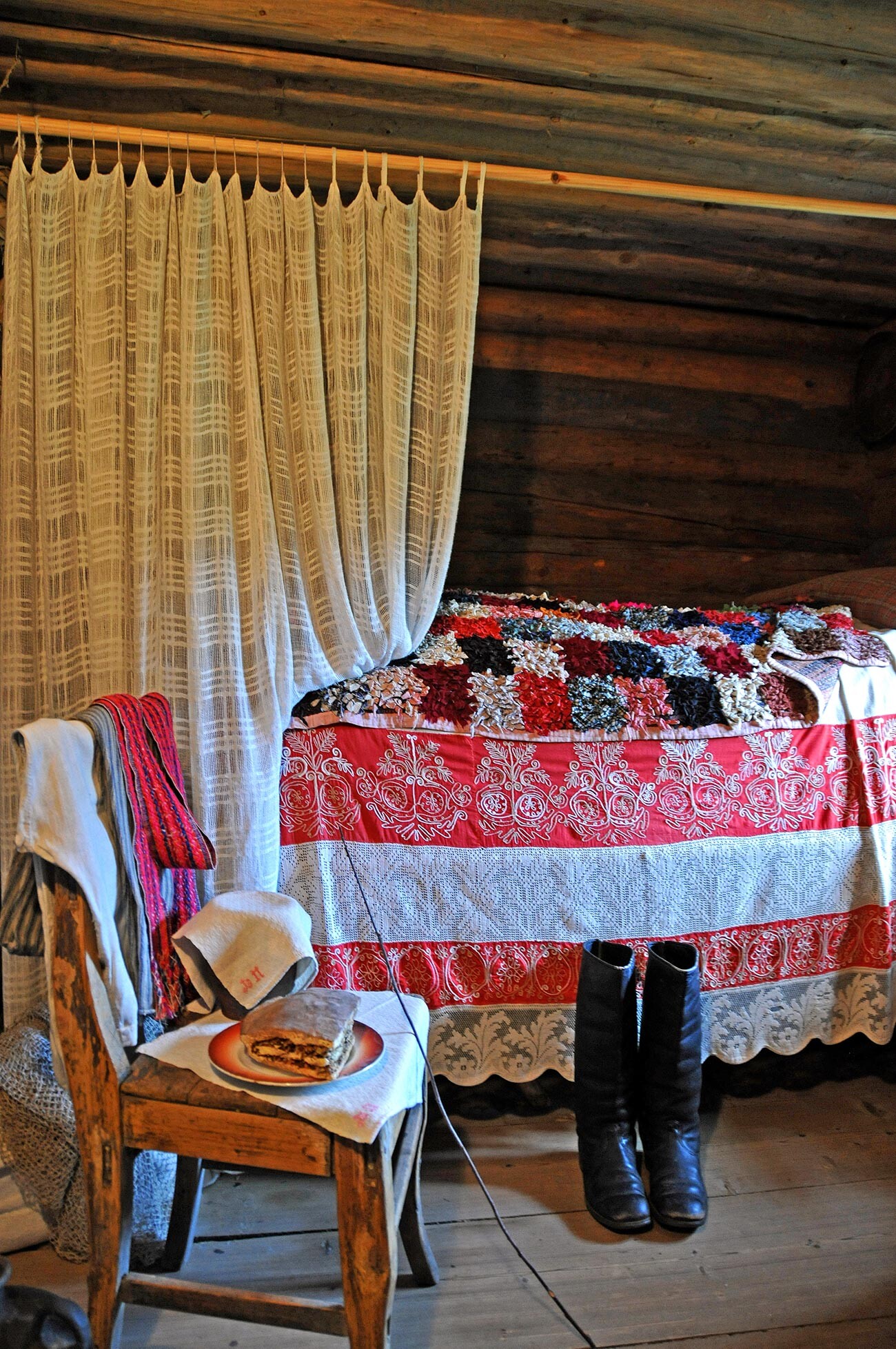 Patchwork quilt in a Russian house

Over the centuries each town and region developed its own techniques, forms and images in arts and crafts (even the carved window frames were different everywhere). These original and unique patterns were handed down from generation to generation, and they also later influenced the development of handicrafts.

"Centuries-long experience in peasant costumes helped artisans to form the artistic principles and techniques of creating ornamental patchwork compositions," experts of the Folk Art Department of the State Russian Museum believe. It was customary to combine textures, fabrics, and patterns while sewing the folk clothes. Traditional Russian dress was often complicated and had plenty of decorative elements, including lace and woven inserts, silk ribbons and colored braids. 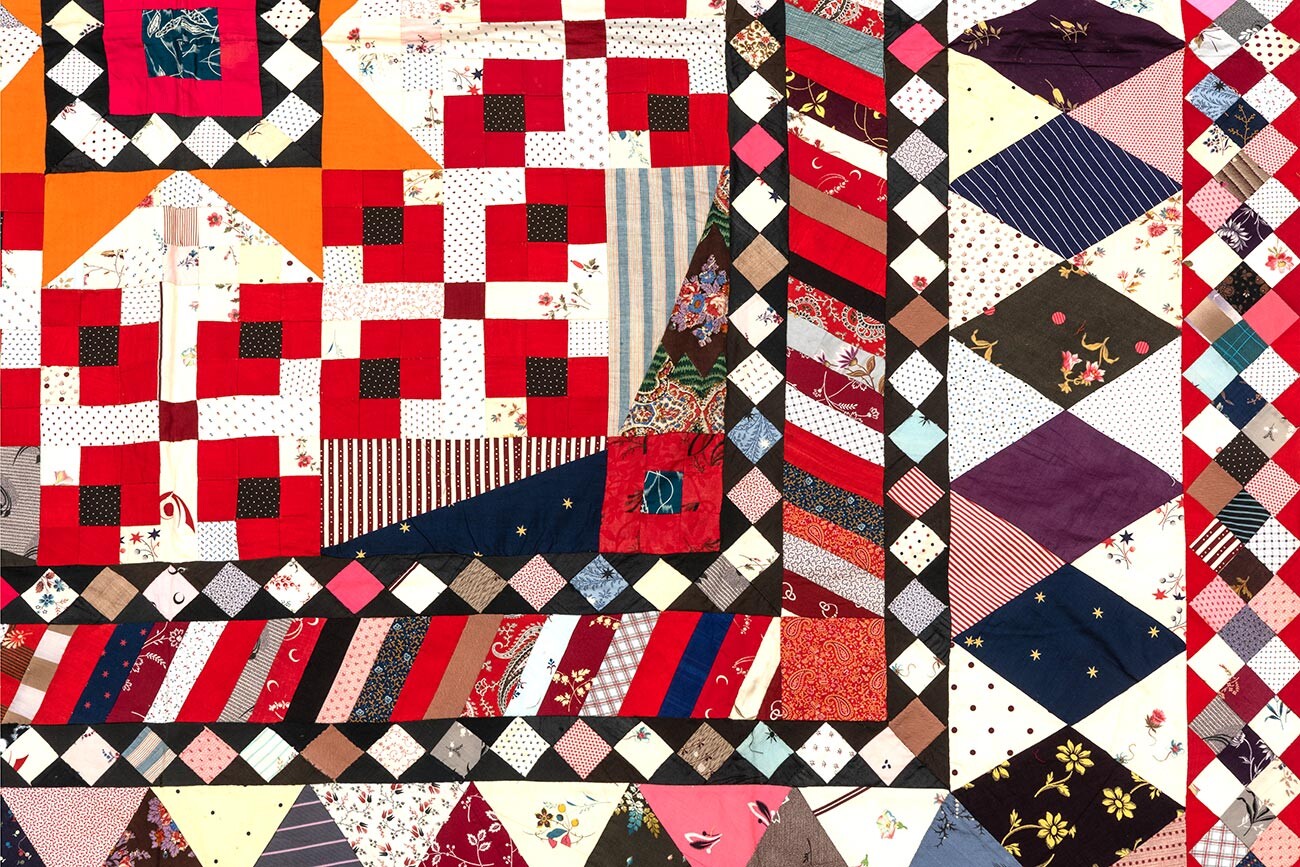 Most patchwork items were assembled from triangular or square pieces of about the same size, sewn together in different sequences - square, circle, or zigzag. 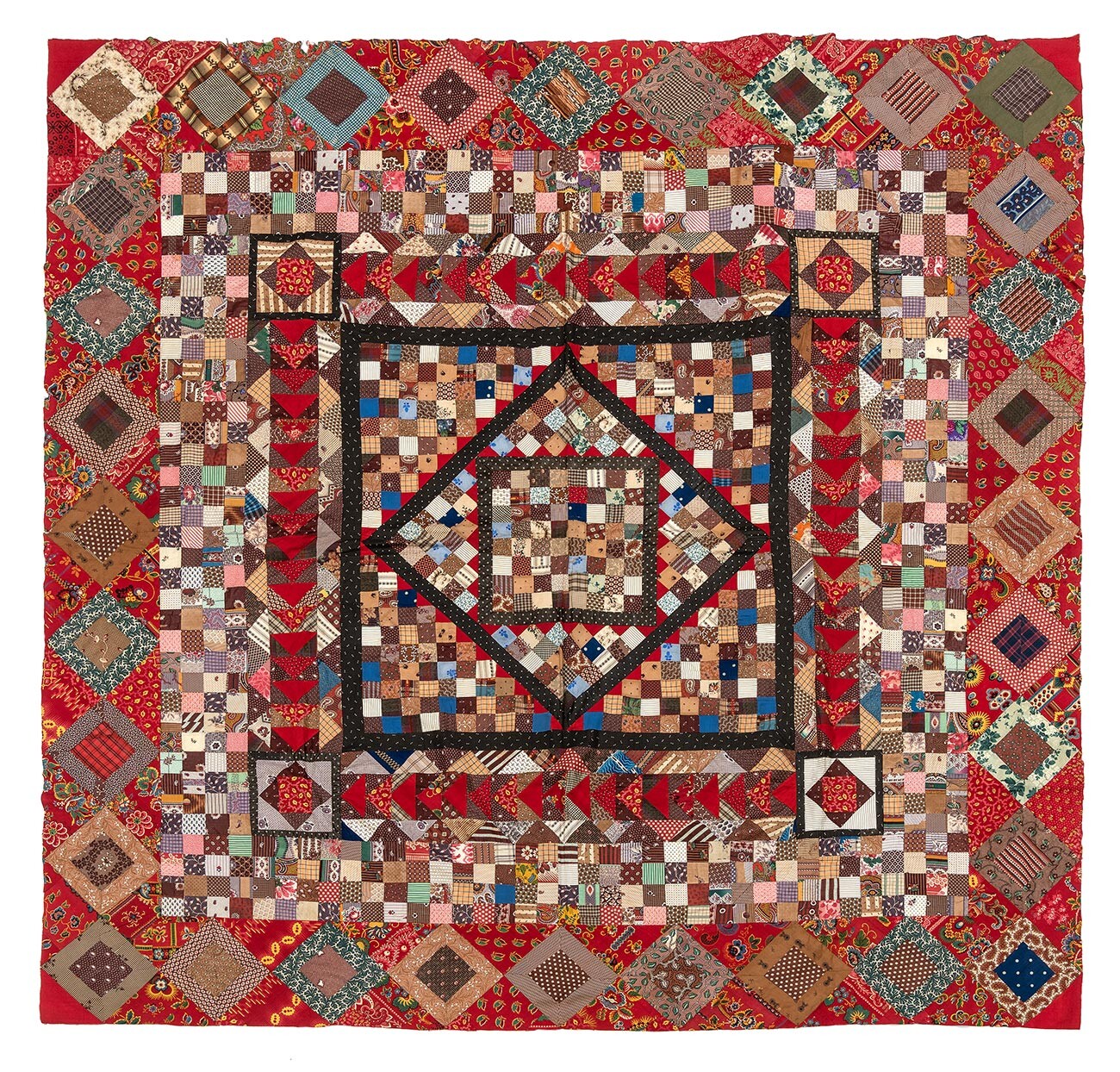 Patchwork became a true art form at the end of the 19th century. Textile panels made in Kazan in the 1890s have survived to this day. They are composed of hundreds of miniature parts, sewn by hand. Pieces of fabric in the shape of square, rhombus, and triangle were stacked into a single large-scale composition. These are no longer just stitched pieces, but an intricate mosaic of patterns.

Avant-garde artists became interested in the technique of folk collage, as well as lubok. They played with folk art in a variety of forms. Patchwork geometry can also be found in Malevich's Suprematism. 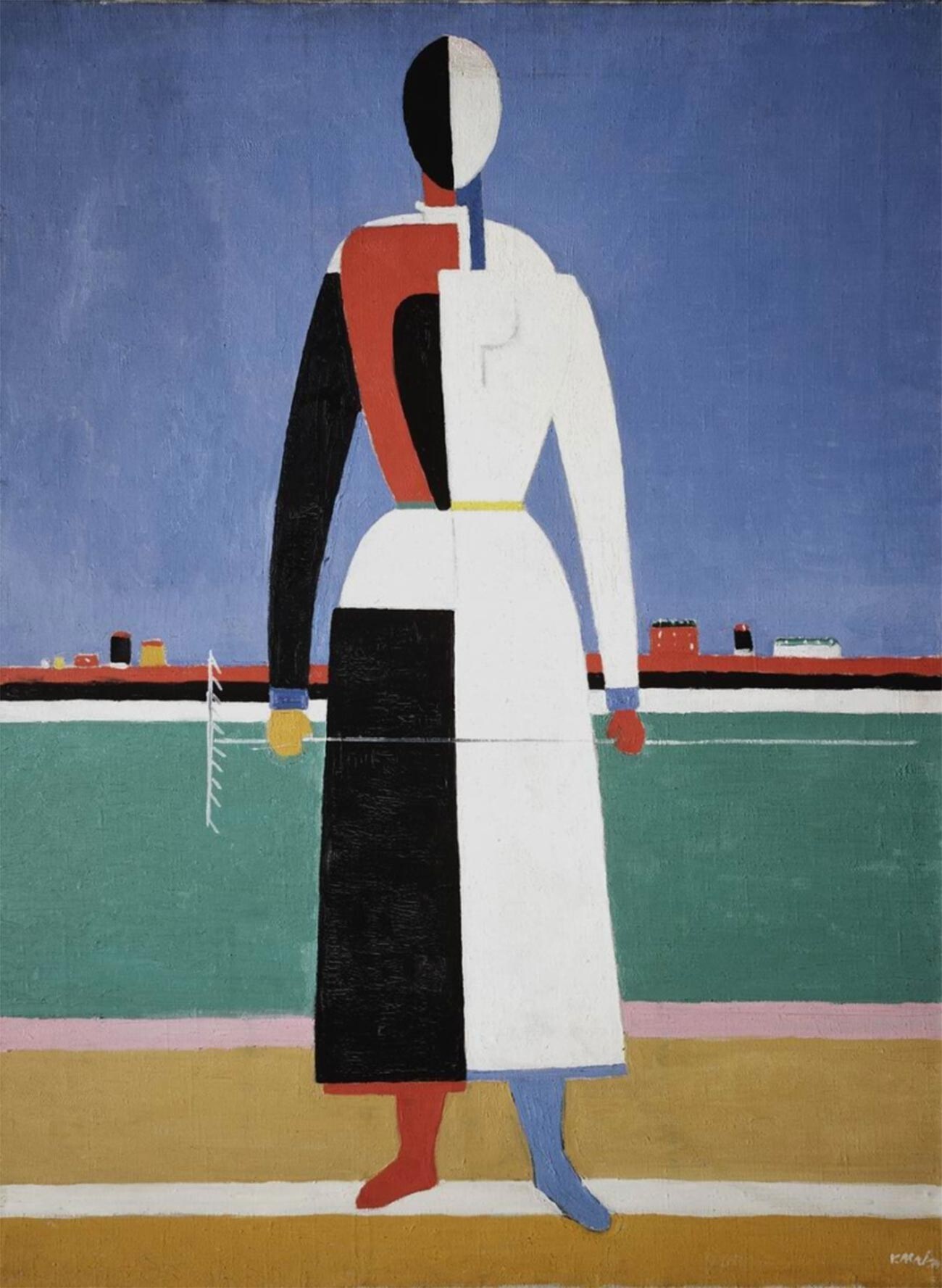 Kazimir Malevich. Woman with a rake

And we see this also in Malevich's costume designs for the futuristic opera, ‘Victory Over the Sun.’ 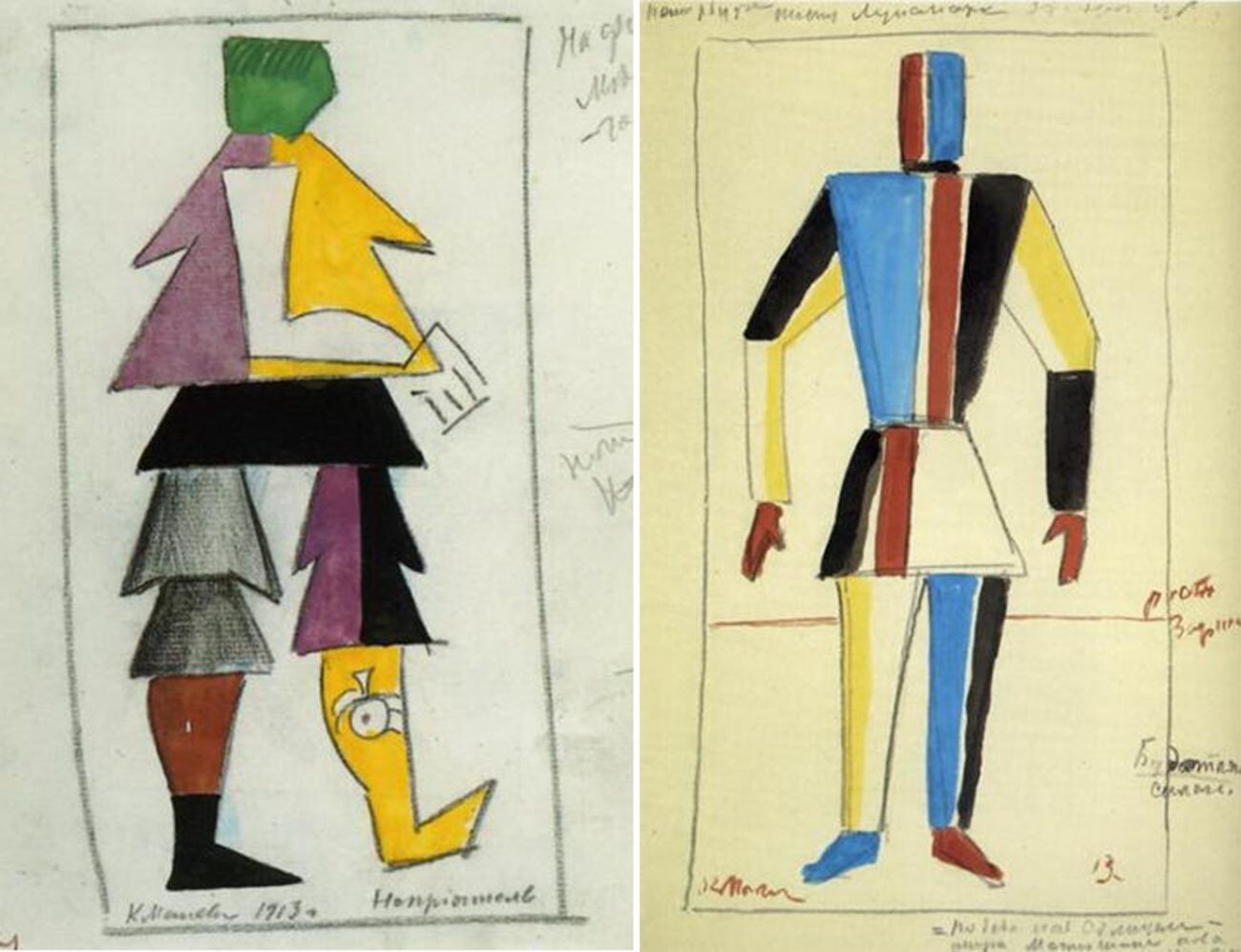 Сostume designs for ‘Victory Over the Sun’

In the early 20th century, artist Varvara Stepanova invented patterns for fabrics, many of which also resemble patchwork patterns. 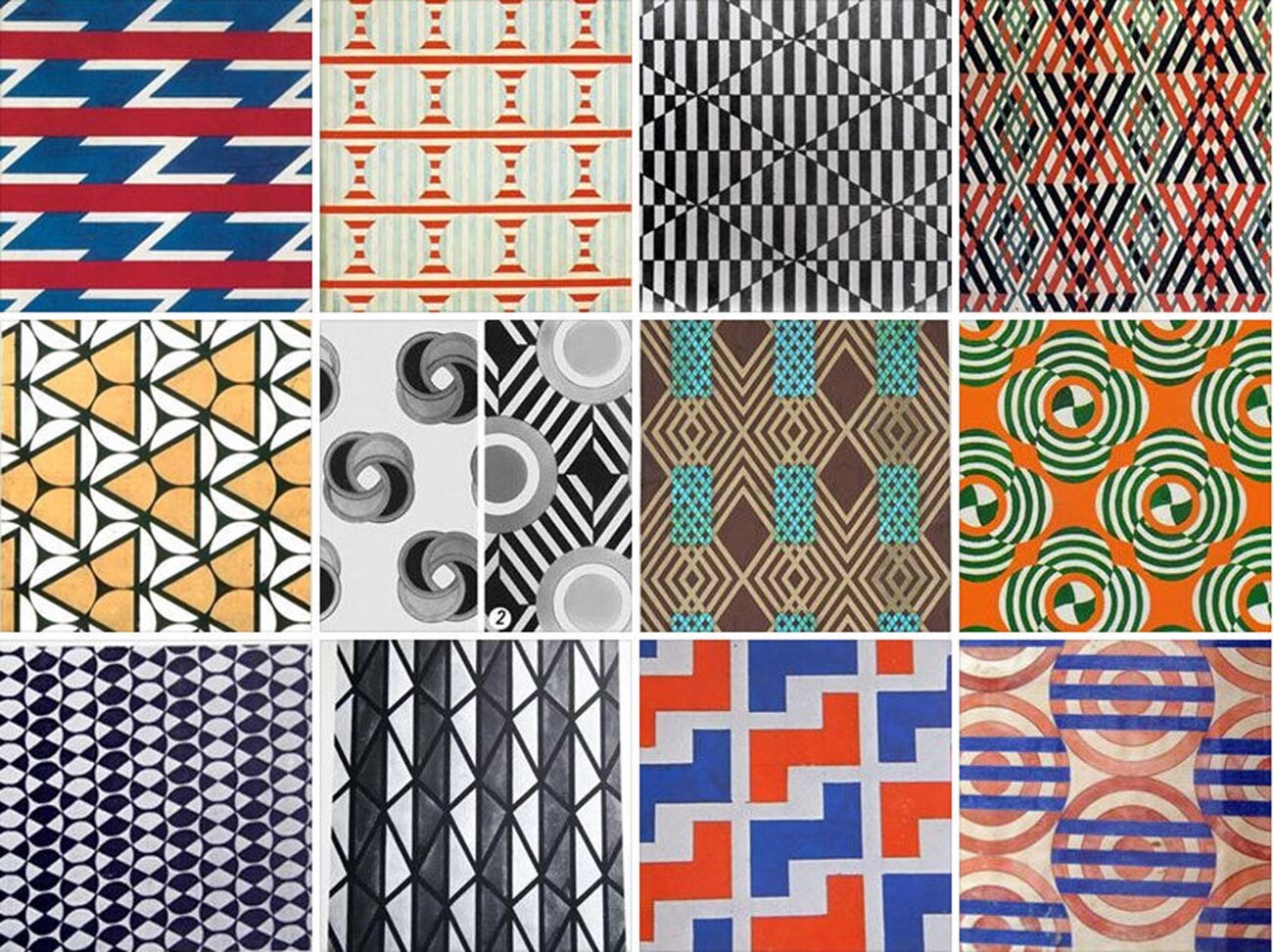 In Soviet times, people living in small towns and villages were actively engaged in patchwork at their leisure. During World War II, it became not a simple hobby, but a serious necessity - patchwork quilts served for warmth, and not just as an element of decoration. Later, during hard times when there were shortages of everything, Soviet housewives began to sew their own clothes and household. Many had their own sewing machines. 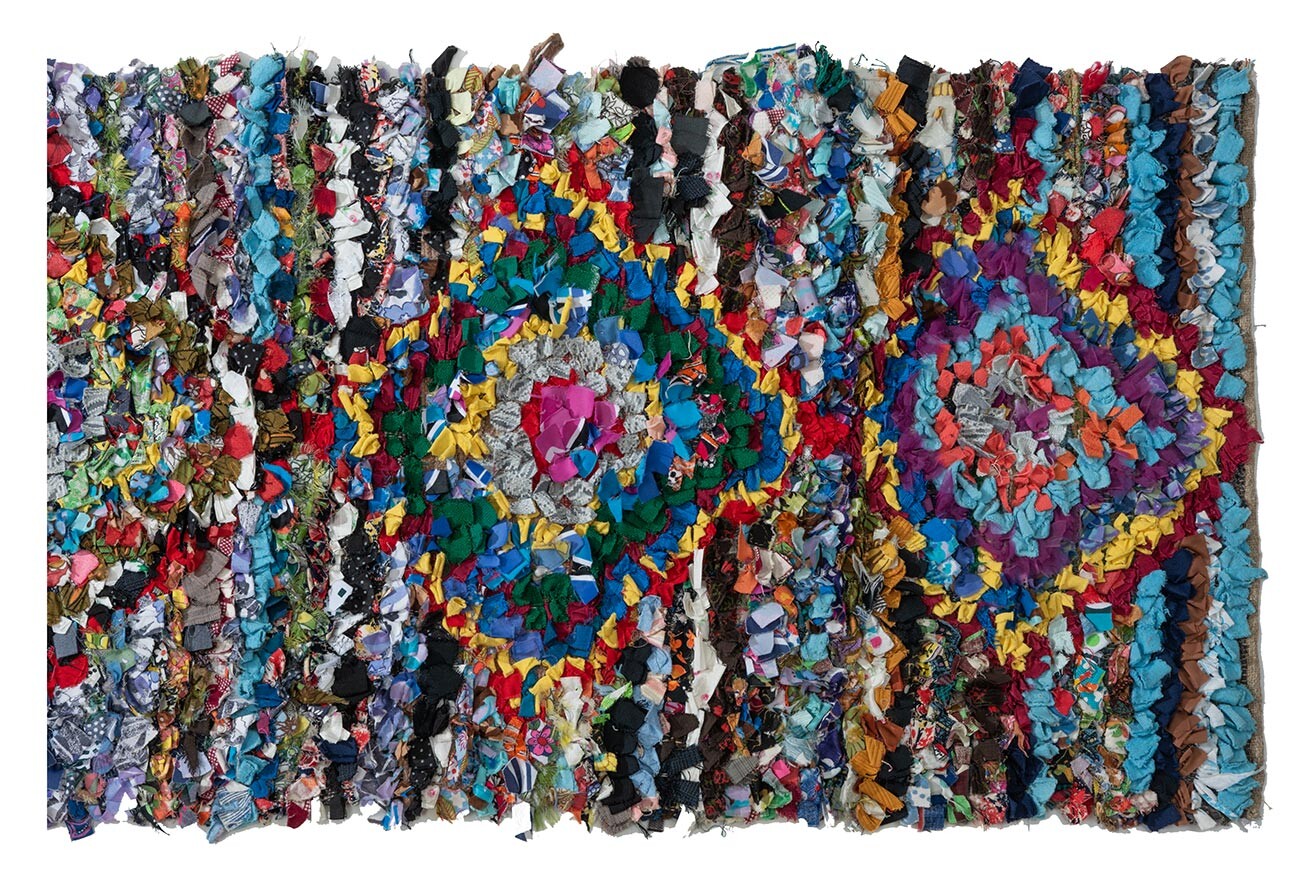 Many people in Russia can still remember how their mothers and grandmothers used to do needlework: beadwork, knitting, sewing clothes or linens - and of course, using leftover pieces, sewing scraps into new and always different fabrics. 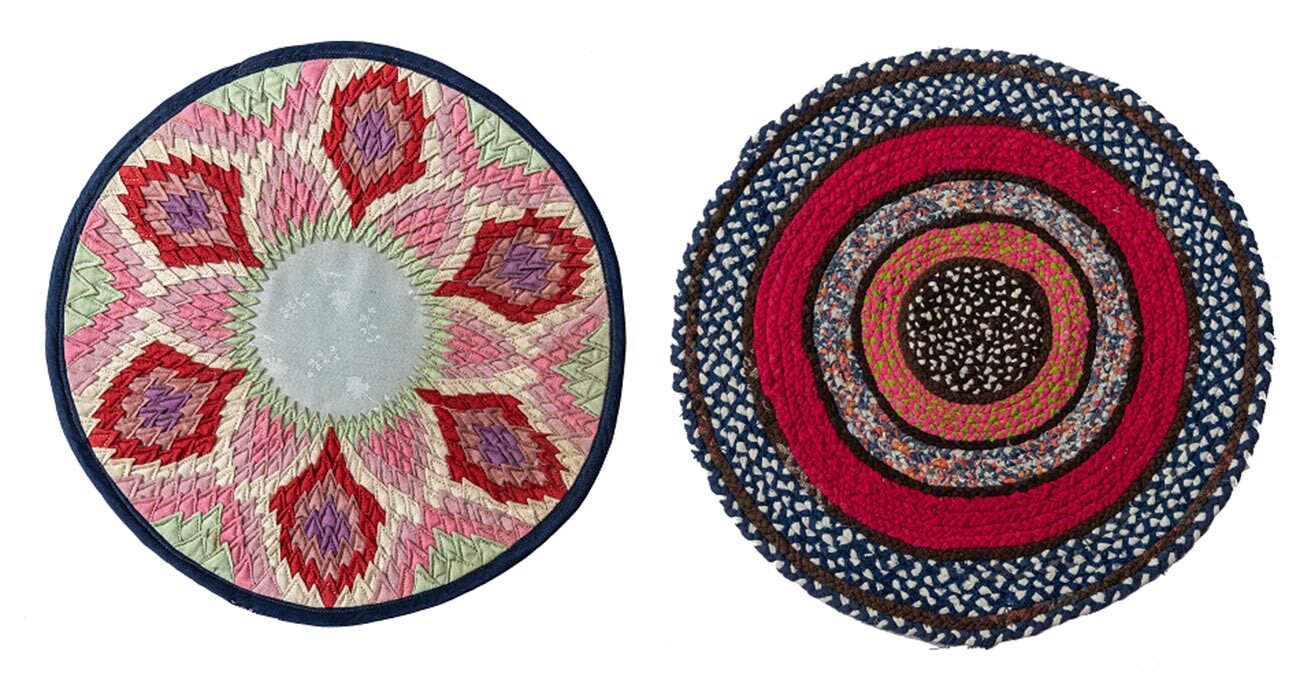 Schoolgirls have long been learning to do patchwork, both in Soviet times and in modern Russia. 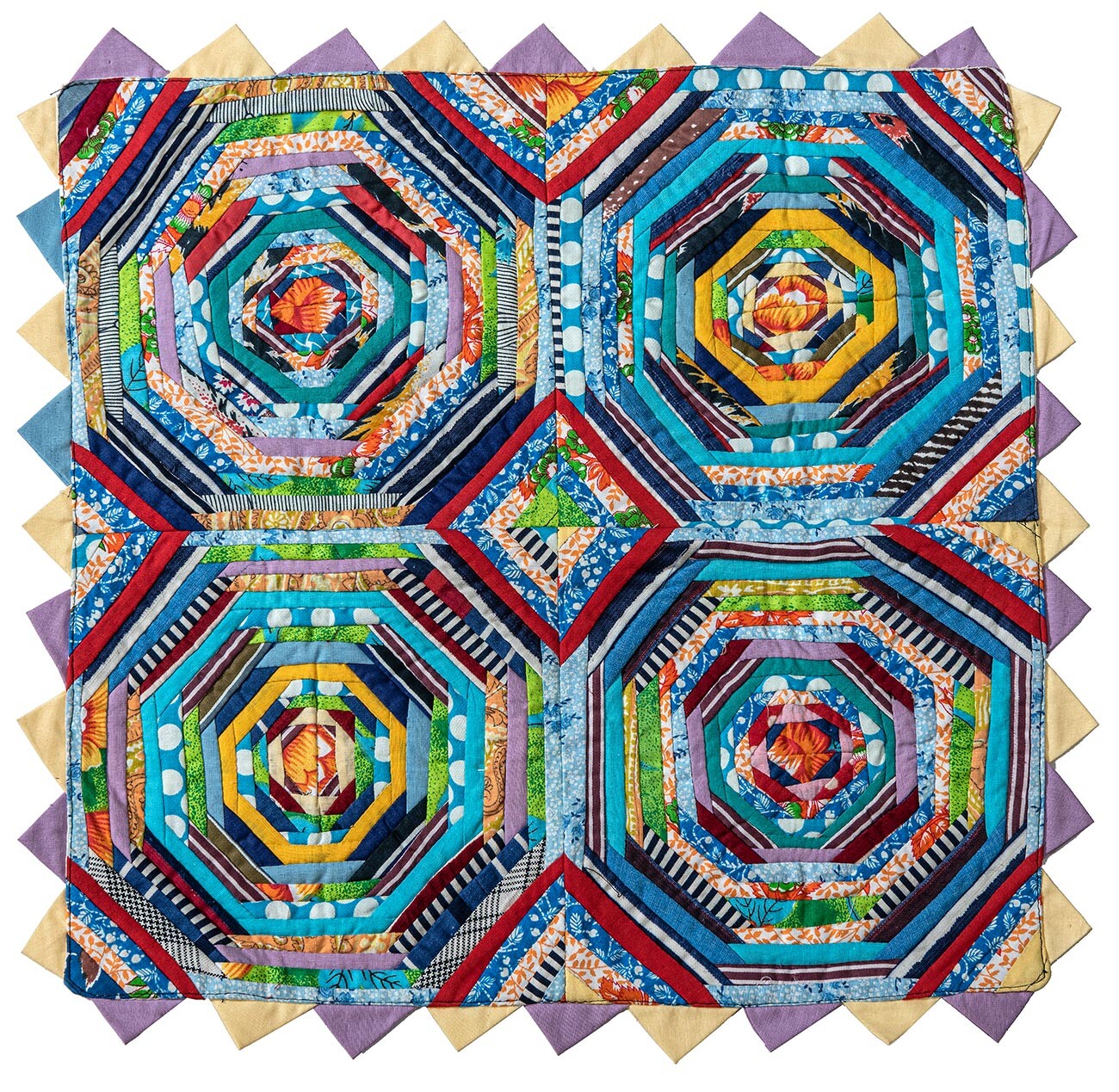 Patchwork continues to be popular in Russia today. With stores offering all kinds of ready-made fabrics and clothes, there is no pressing need to do one’s own sewing, as was the case in the USSR. 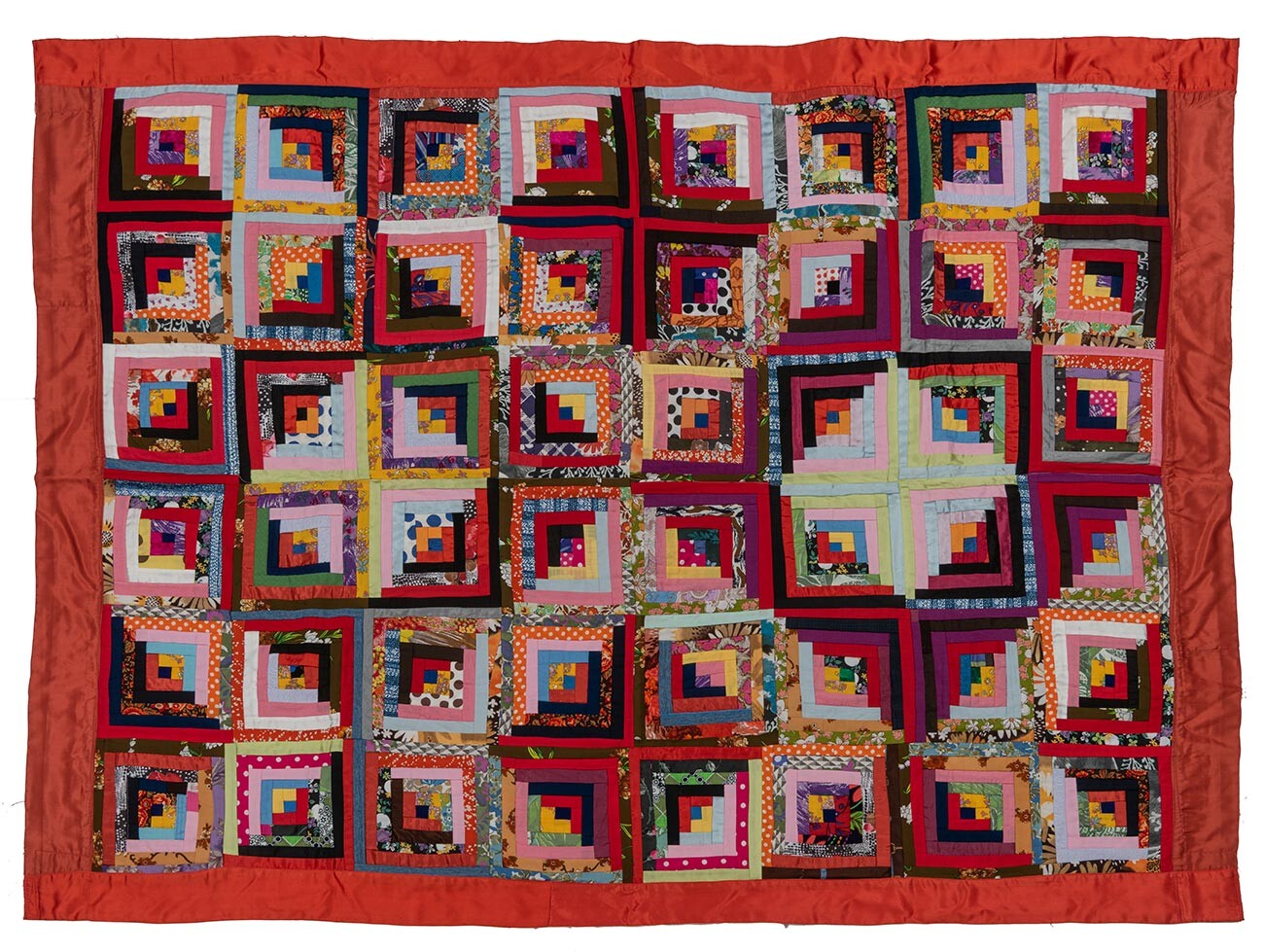 Communities of patchwork fans have appeared all over Russia, and master craftsmen sell their work on the Internet, as well as teach courses, sharing secrets and creative methods. Clothes, toys, paneling for interior items, and many other things are made in the patchwork style.

For example, Russia's 'textile capital,' the city of Ivanovo, which used to be the center of the chintz fabrics production, organizes the "Patchwork Mosaic of Russia" festival. 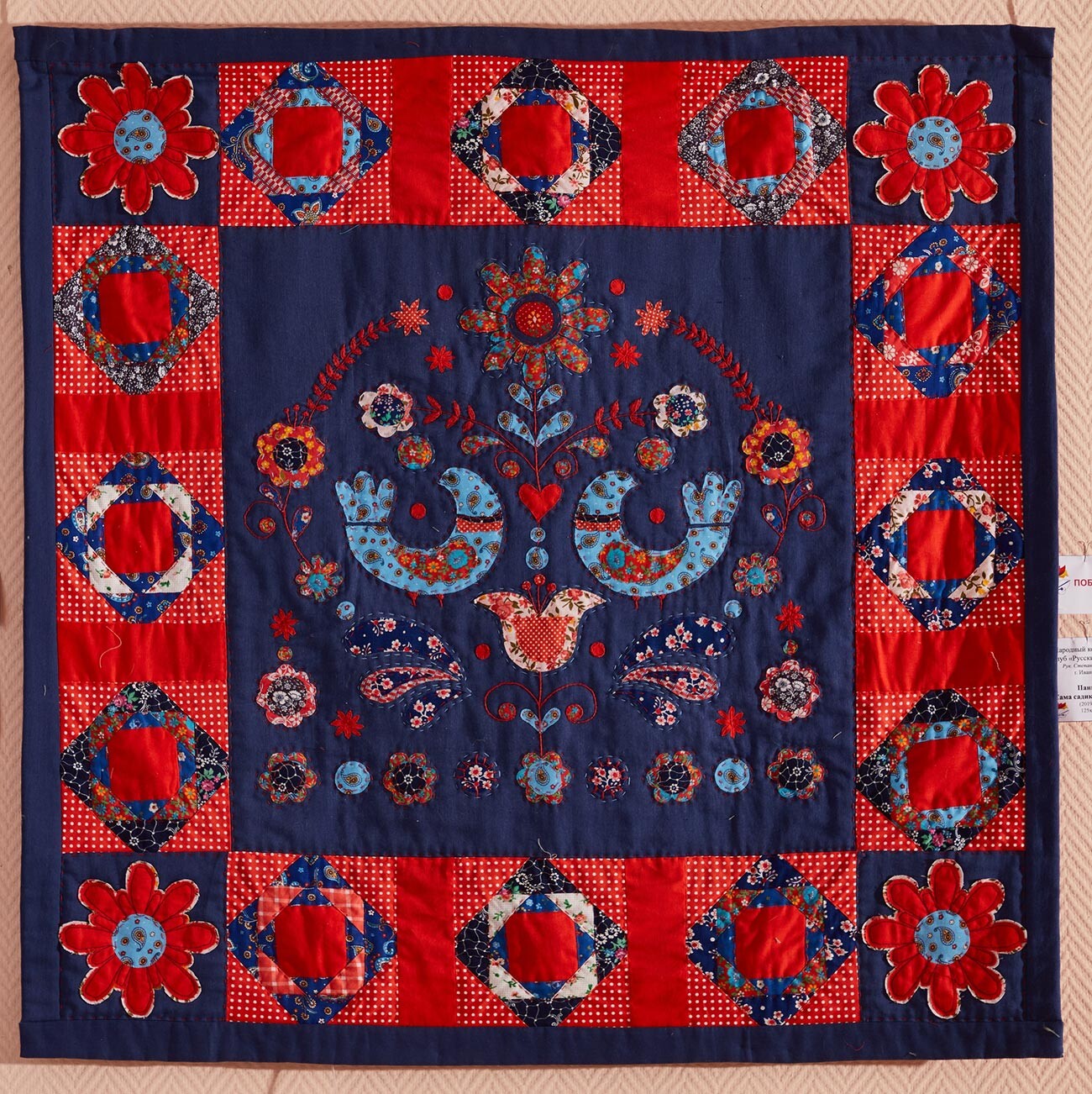 "Russian patchwork" is on display at the State Russian Museum in St. Petersburg until September 13, 2022