Is it true that it always SNOWS in Russia? 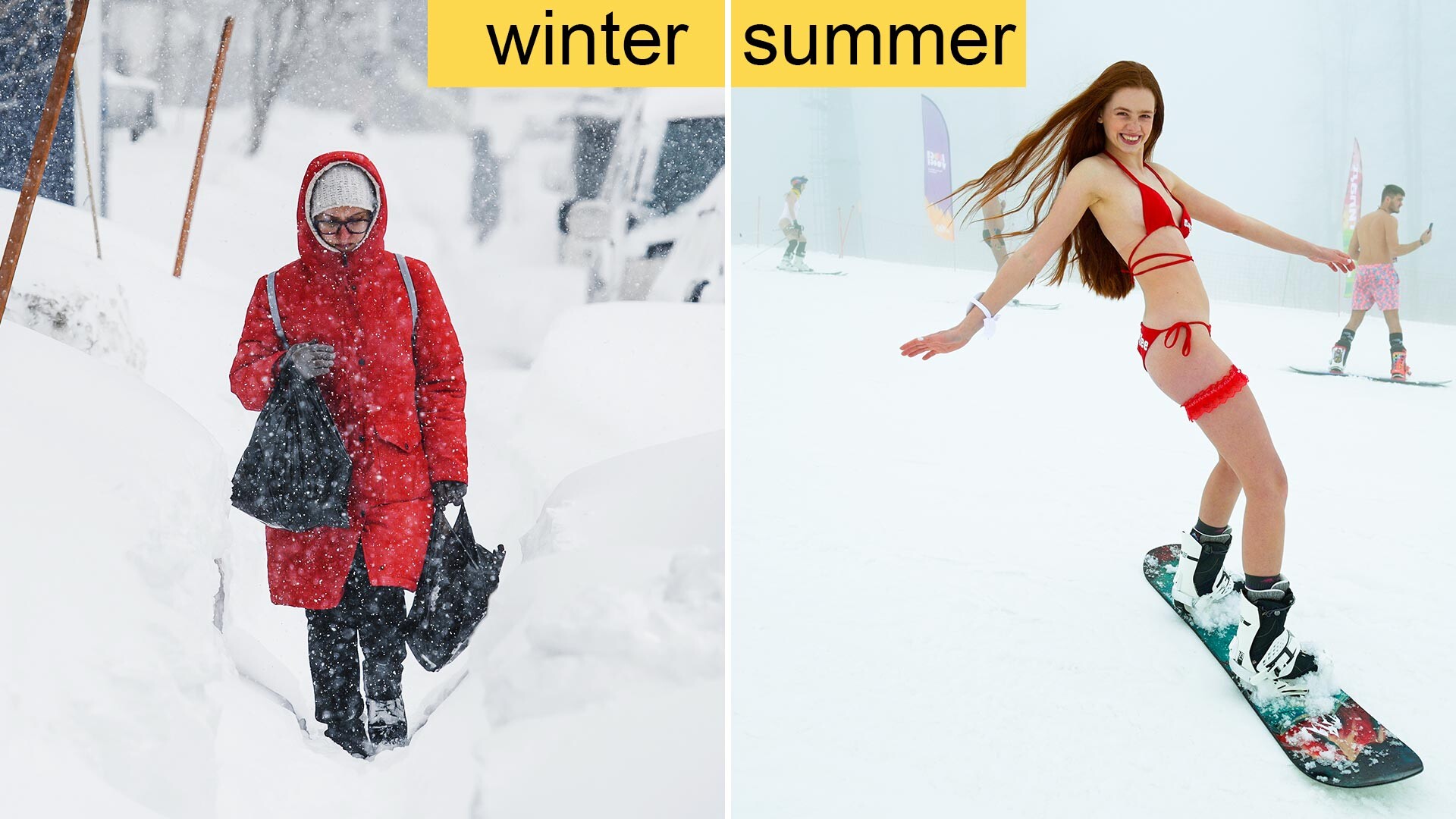 Left: the end of February in Sakhalin. Right: BoogelWoogel-2021 festival in Rosa Khutor resort in Sochi.

One of the most popular rumors about Russia is that it’s always cold and snowing there. This is the image of Russia actively promoted in global mass media and Hollywood movies - even if the scene happens outside Russia (for instance, in the movie ‘Red’ (2010), when Bruce Willis’ character Frank Moses goes to the Russian embassy in the U.S., there’s snow everywhere! )

But is it really so? You can say that there are a large number of cities where winter is practically non-existent - Sochi (Krasnodar Territory), Elista (Kalmykia), Grozny (Chechnya)… Snow and frosts are really rare there.

Nevertheless, even in these hot cities, it can sometimes snow - and for the locals, it is a real event that immediately hits the news and spreads on social networks. 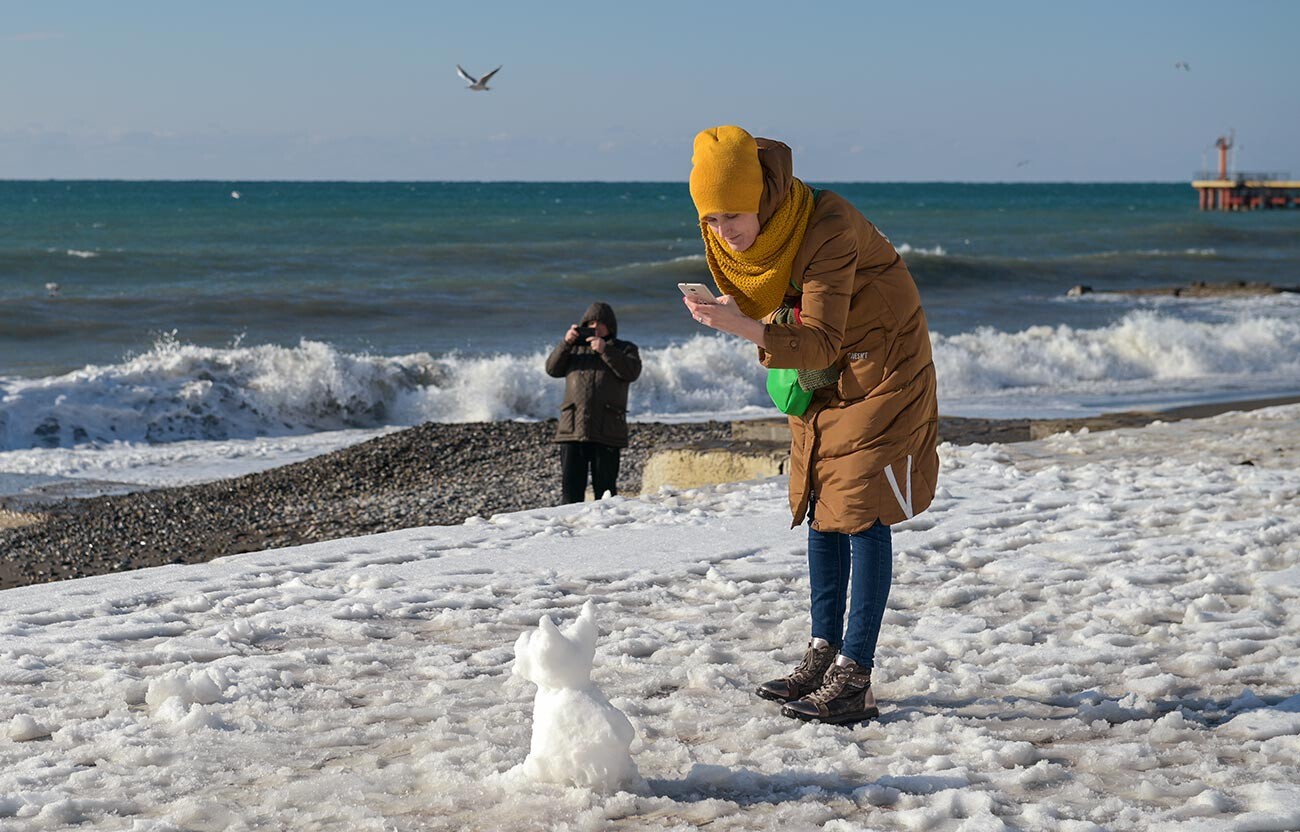 In general, however, the country’s climate is very diverse and it’s true that, even in the summer, there are places where it can snow.

Summer snow instead of summer heat

The video below is from Magadan, a city in the Russian Far East. The road is totally covered in snow, there is a snowstorm and the temperature is near freezing. It wasn’t filmed in winter, as you might imagine, but in mid-June 2022!

A few days before, the temperature was +25°C in the area and then abruptly changed to winter. A week later, the temperature rose back to +13-15°C and it started raining. In short, it experienced all seasons in a couple of weeks. 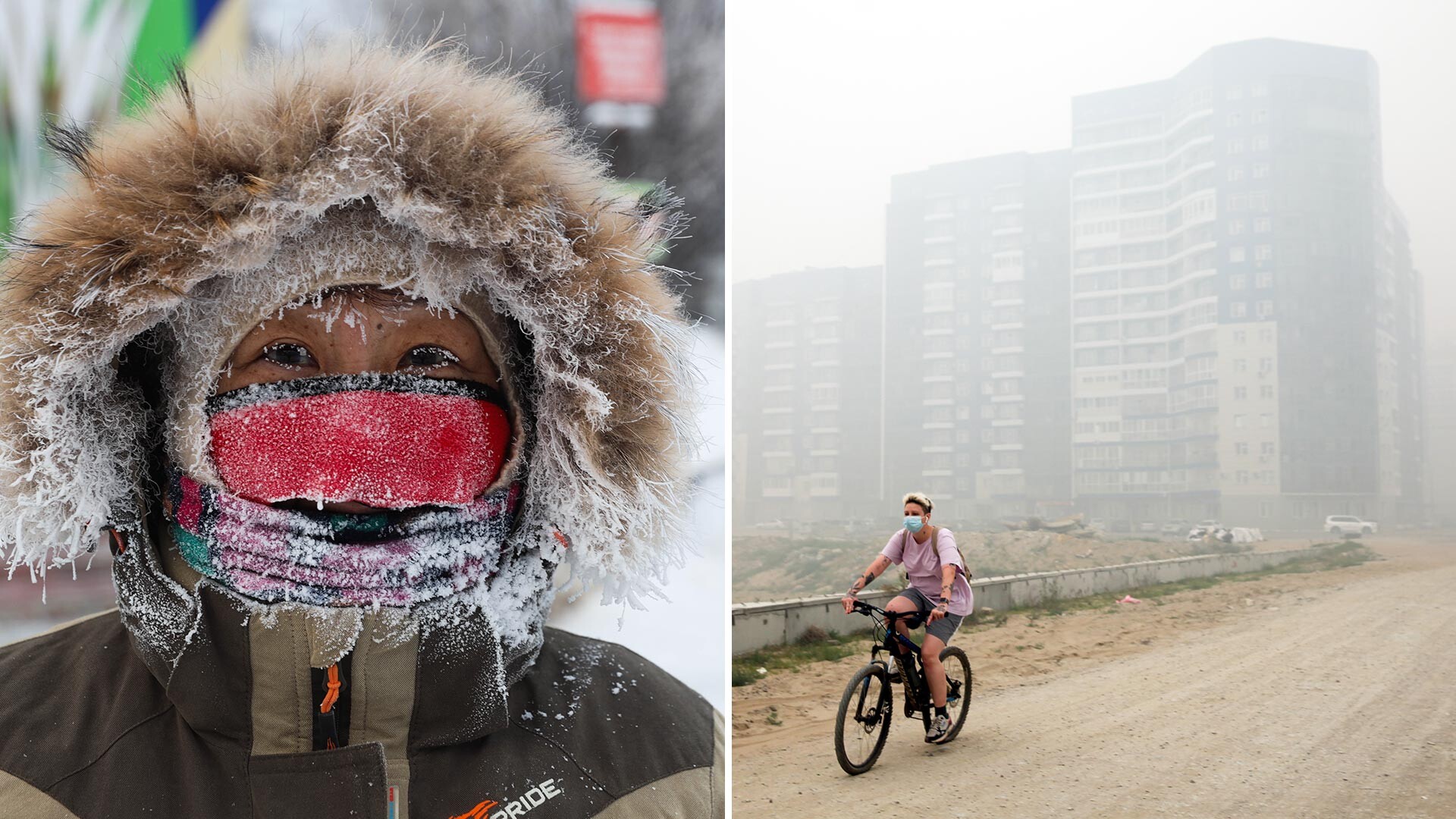 The weather also surprises in Yakutia, where temperatures regularly drop below -50°C in winter and rise above +30°C in summer.  And, sometimes, it snows in the middle of a hot day and remains for several days.

What’s more, while the regional capital, Yakutsk, has summer heat, it can snow in the north of the region. And there are also melting glaciers there, where locals go for leisure (read about them here).

Imagine that it’s +30°C outside and you see huge ice sheets on the river.

The most famous such ice is called ‘Buluus’. A real icy beach!

As a rule, the ice there doesn’t melt, because the hot weather in this part of Yakutia (it’s about 100 km from Yakutsk) lasts only a couple of weeks. However, if an abnormally long heat wave occurs (and it also can happen), then, in July, only a small piece of ice remains from ‘Buluus’. But, don’t worry - by September, when the snow falls properly once more, you can once again rest on your favorite ice! 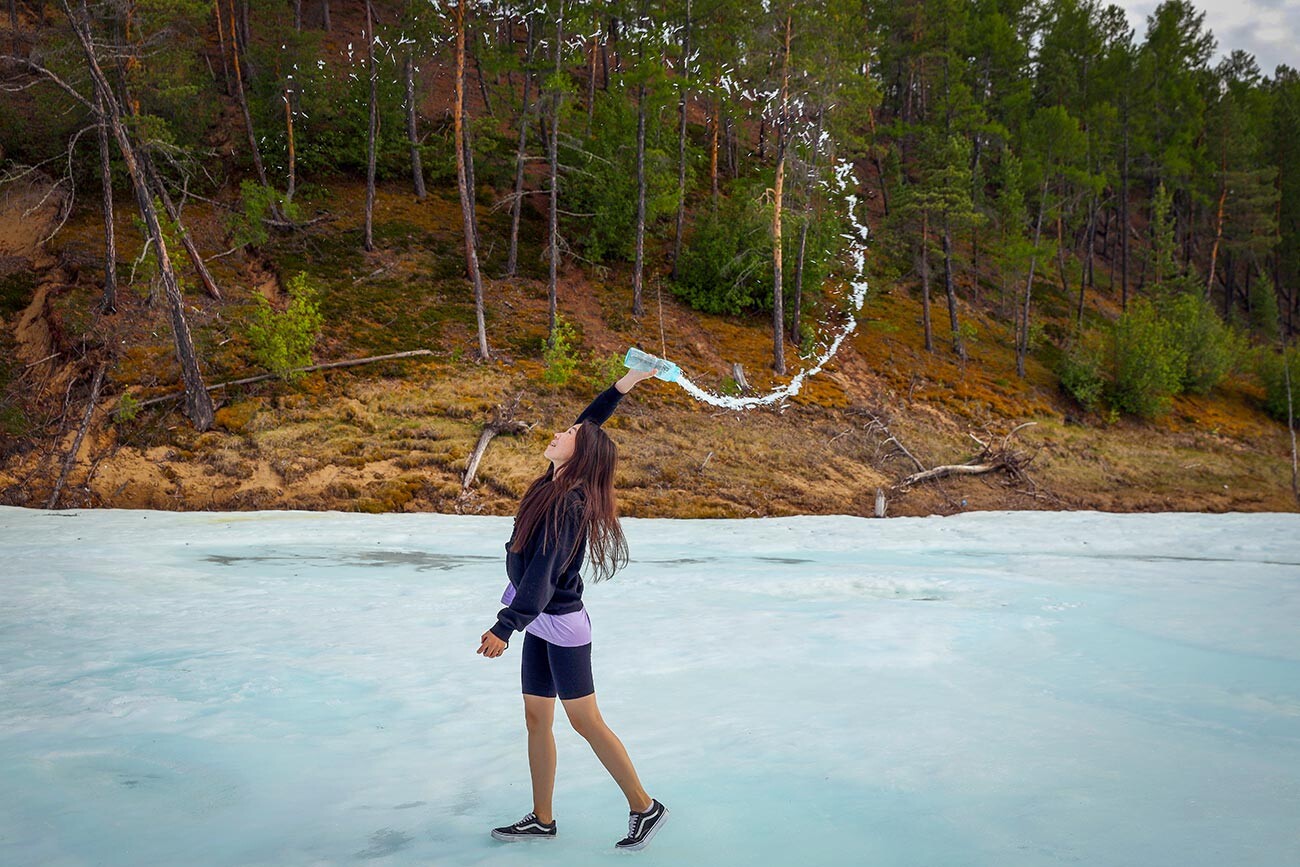 In northern Russia - Norilsk, Vorkuta, Salekhard - summers are usually cool, +10-15°C, although, on some days, it may be +25°C and on others - about zero. It happens that, in some years, the snow does not have time to melt everywhere and it still lies blackened in June. 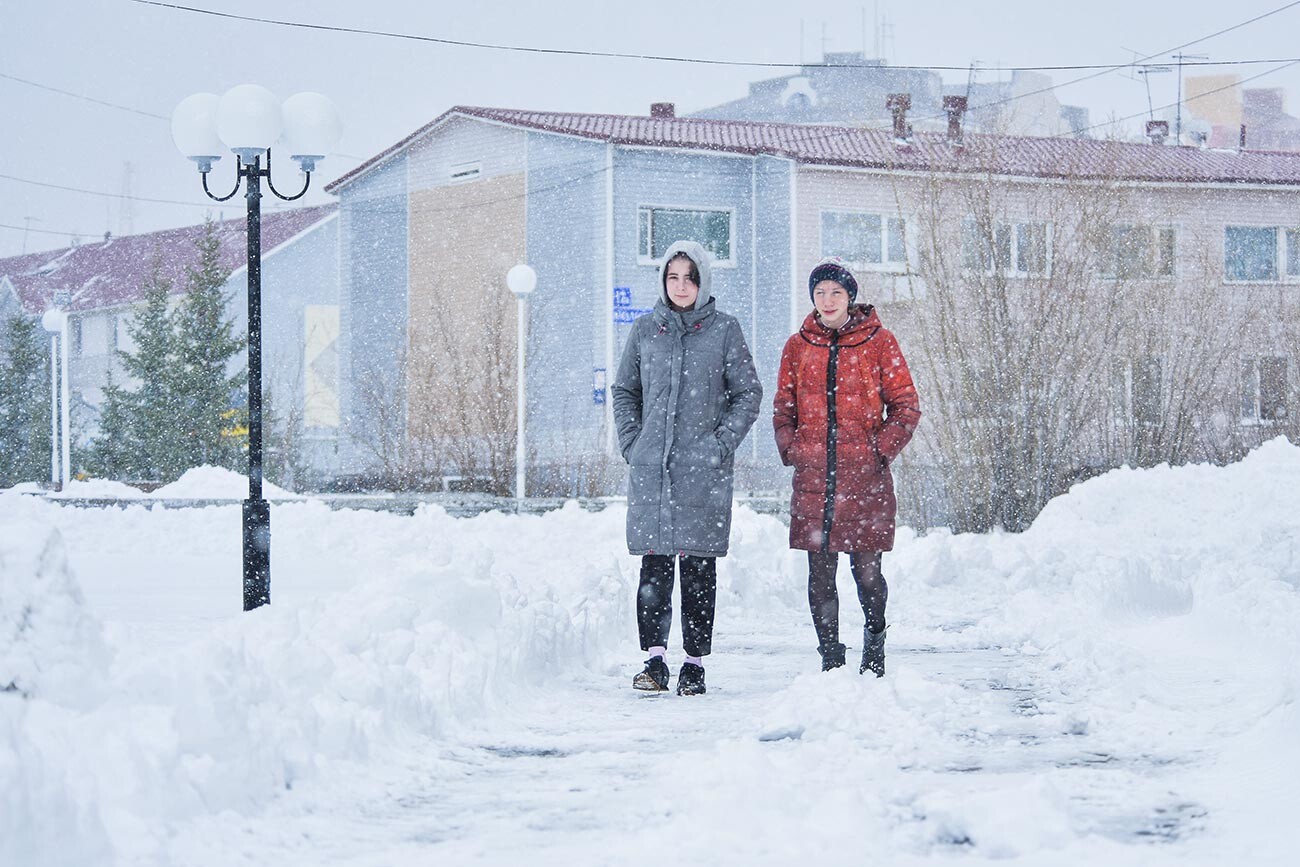 Heavy snowstorm in Salekhard, the only city on the Polar Circle. May 24, 2019.

In Moscow, St. Petersburg, Kaliningrad and other major cities in the European part of Russia, the weather, more or less, corresponds to the seasons. It’s warm and puddles in spring, hot and sunny in summer, yellow leaves and rain in fall and, of course, snow and frost in winter. And, even there, summer snow is not considered an abnormal phenomenon; although, of course, still very surprising to locals! 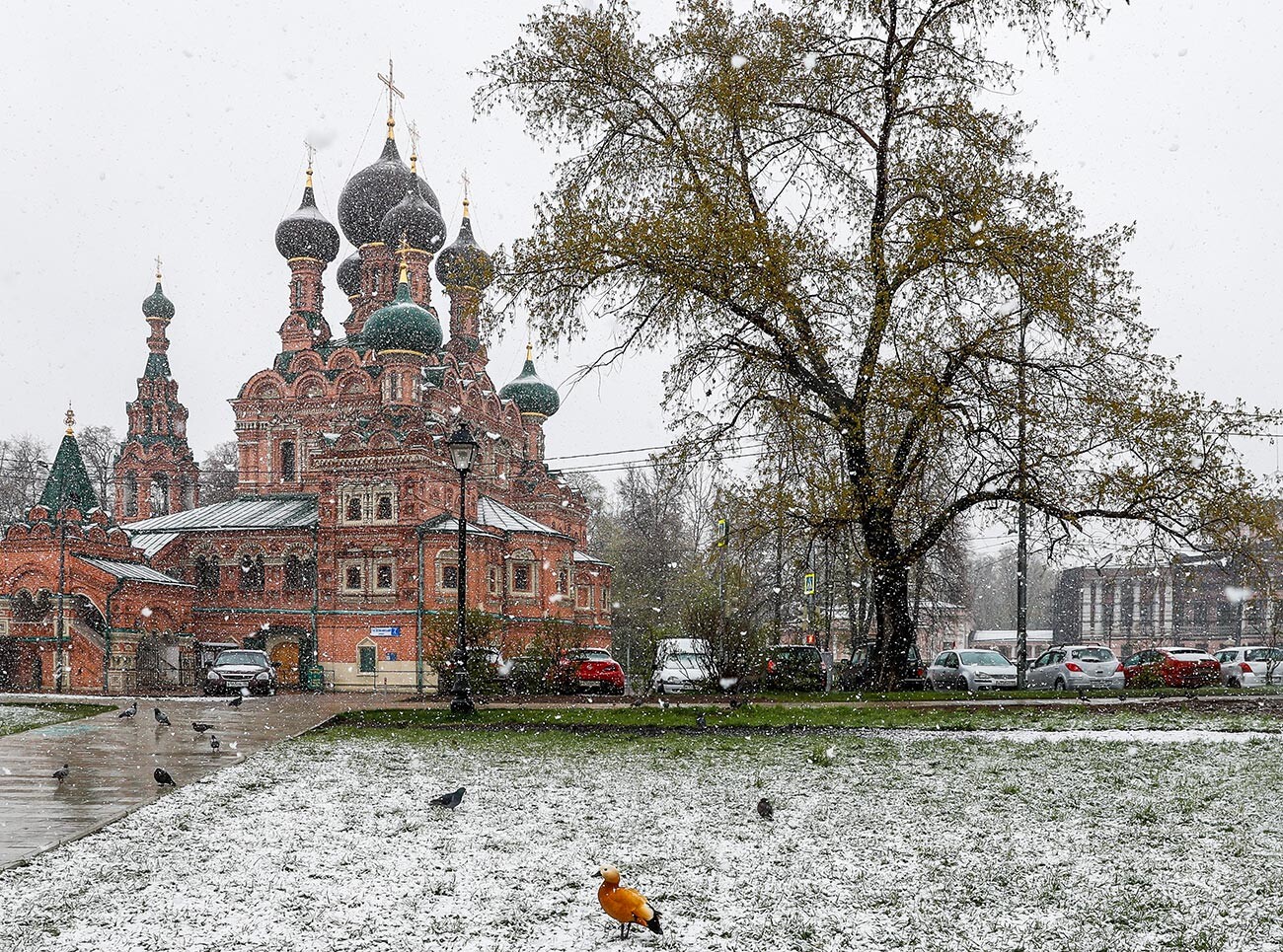 Not a day without snow

There are places in Russia where the snow never melts at all. Of course, these are distant islands in the Arctic Ocean. The Novosibirsk Islands archipelago, Franz Josef Land, Novaya Zemlya archipelago - if you ever happen to visit these places in summer, you will see polar bears and shiny walruses resting on ice floes after swimming in mildly chilly water. 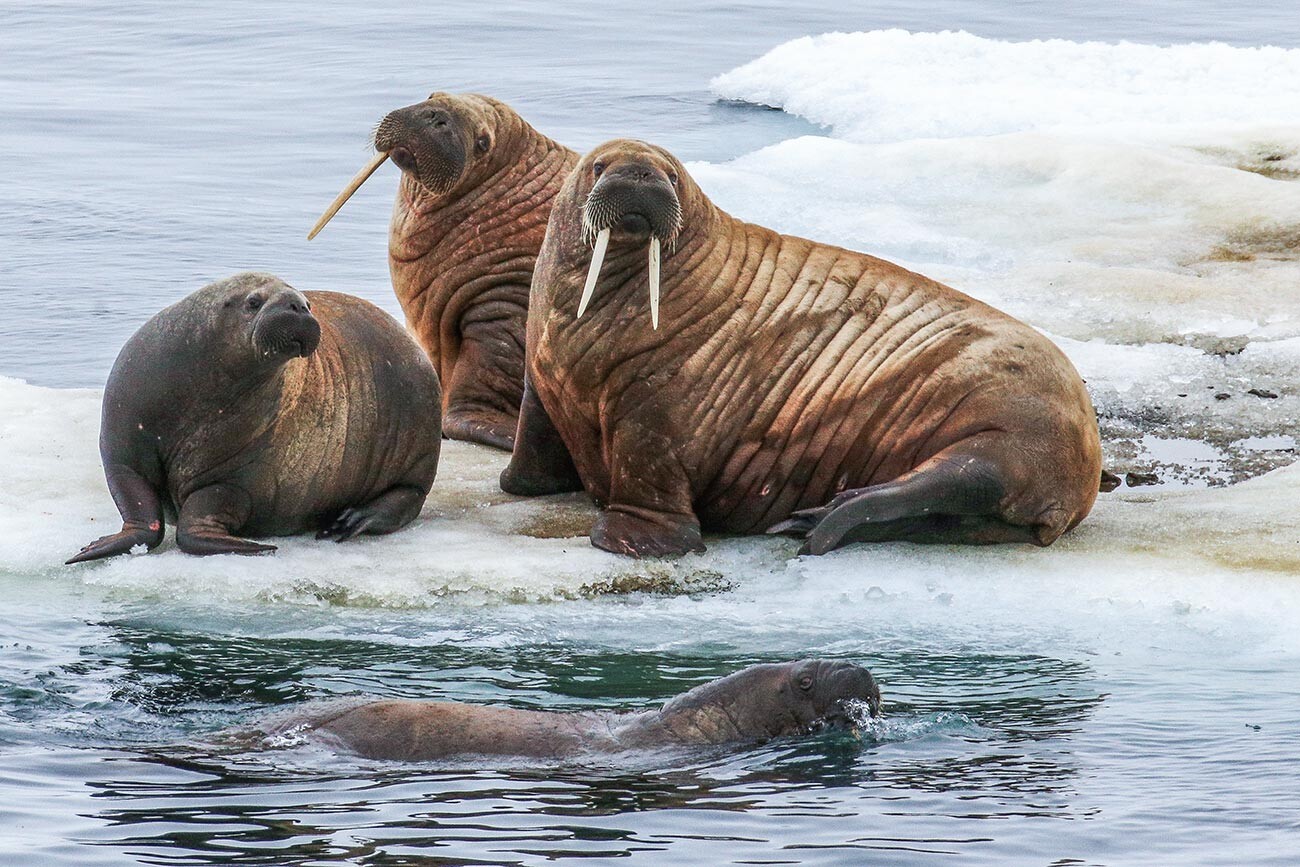 On some islands, the snow melts in the summer, exposing the rocky ground, but, on many of them, the temperature only rises above zero in June and July and, in August, the frost starts again and the snow simply does not have time to melt. 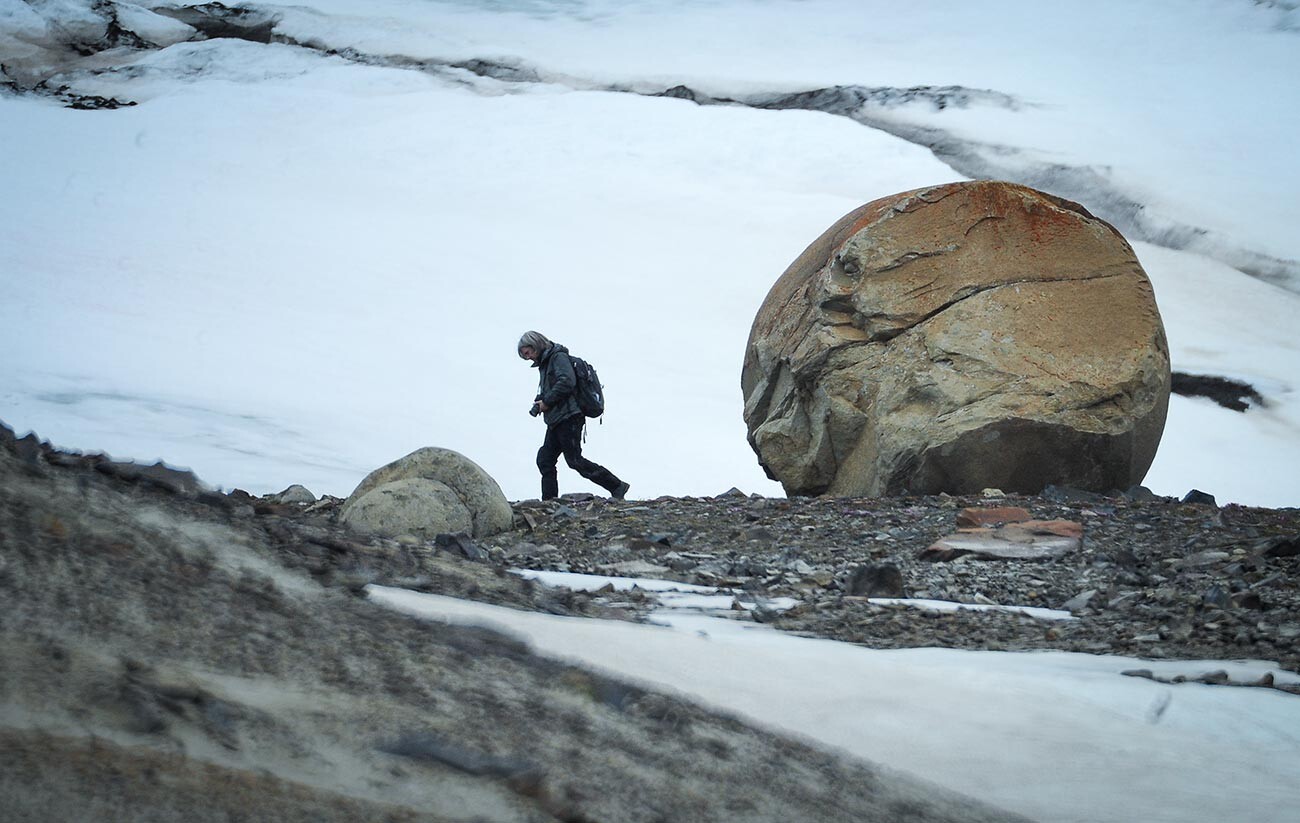