Where is the longest winter in Russia? 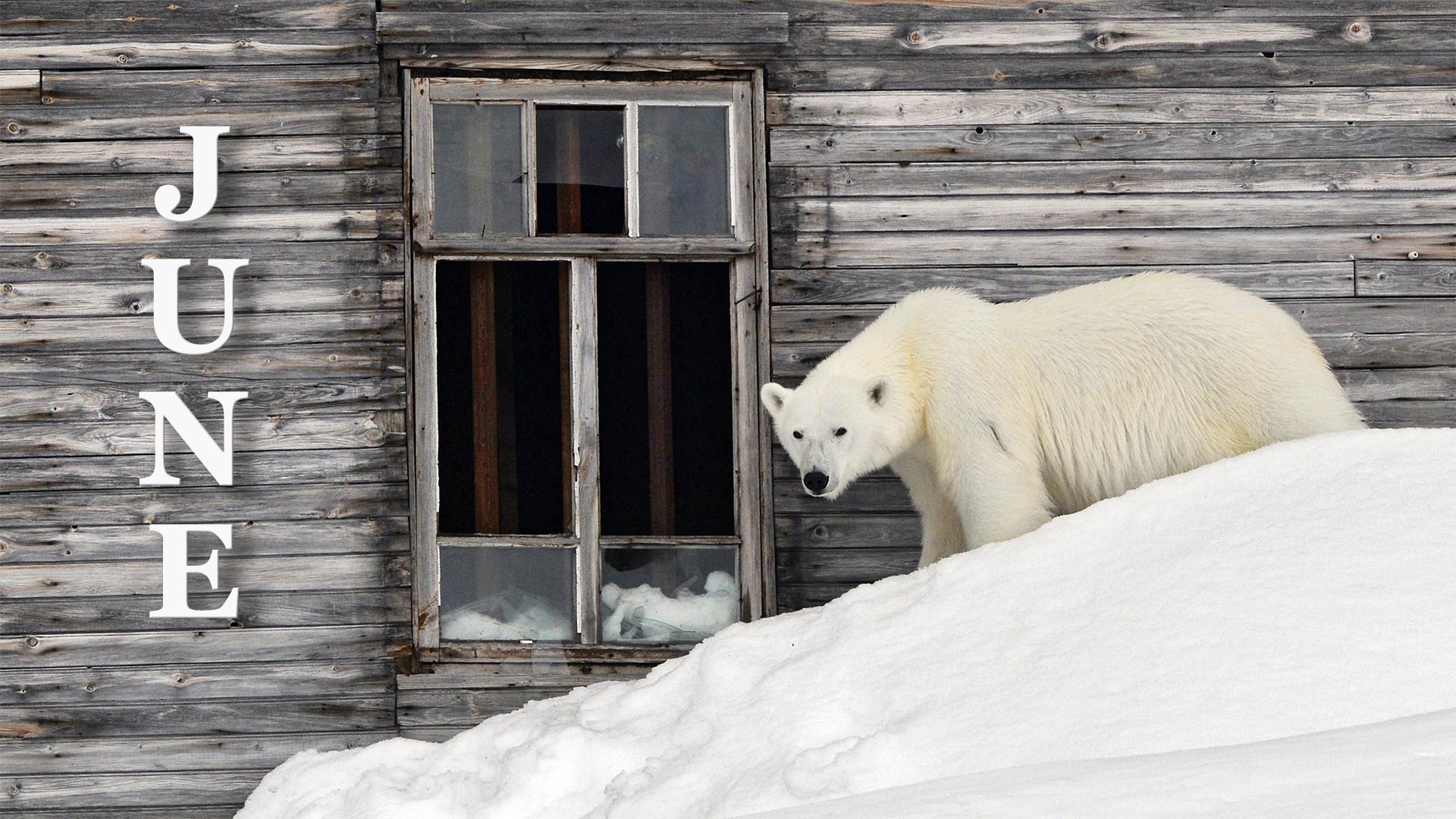 Yes, this is June and this is Russia. This is the polar station on Hooker Island of the Franz Josef Land archipelago.

Vera Kostamo/Sputnik
Looking at the calendar, there should only be three winter months, but snow and sub-zero temperatures in many parts of the country actually last MUCH longer. Can you imagine living in a place where the winter rages on well into summer months?

Russia is the coldest country in the world with an average annual temperature of minus 5° C.

Of course, it is an enormous country and so everything depends on which part of it you are in. It rarely snows on the Black Sea coast or in the Caucasus, but residents in other regions sometimes don’t even notice the summer because, as the joke goes, they were at work that day. But where in Russia would you have to wear winter clothes the longest? 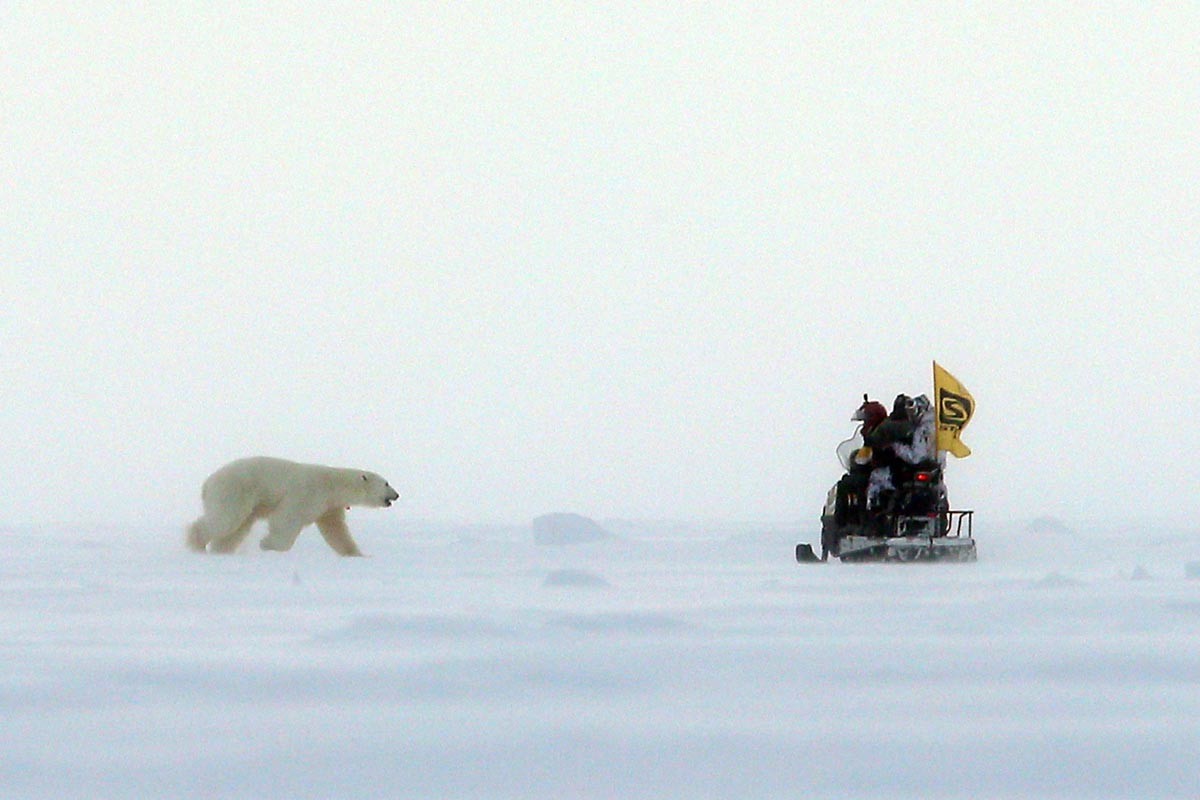 Many islands in the Arctic Ocean belong administratively to different regions of Russia, from the Murmansk Region in the west to Chukotka in the east. Among these are the archipelagos of Novaya Zemlya, Franz Josef Land, Severnaya Zemlya (Northern Land), the Novosibirsk Islands (New Siberian islands) and others. These are, perhaps, the most wintery parts of the country: the temperature only rises above zero in July and August, and even then it’s just a couple of degrees higher.

The longest winter season is on the Franz Josef Land archipelago and lasts from mid-August to the end of June. Snow covers the islands almost year round, and beginning from the end of autumn you will experience snowstorms and a long polar night. 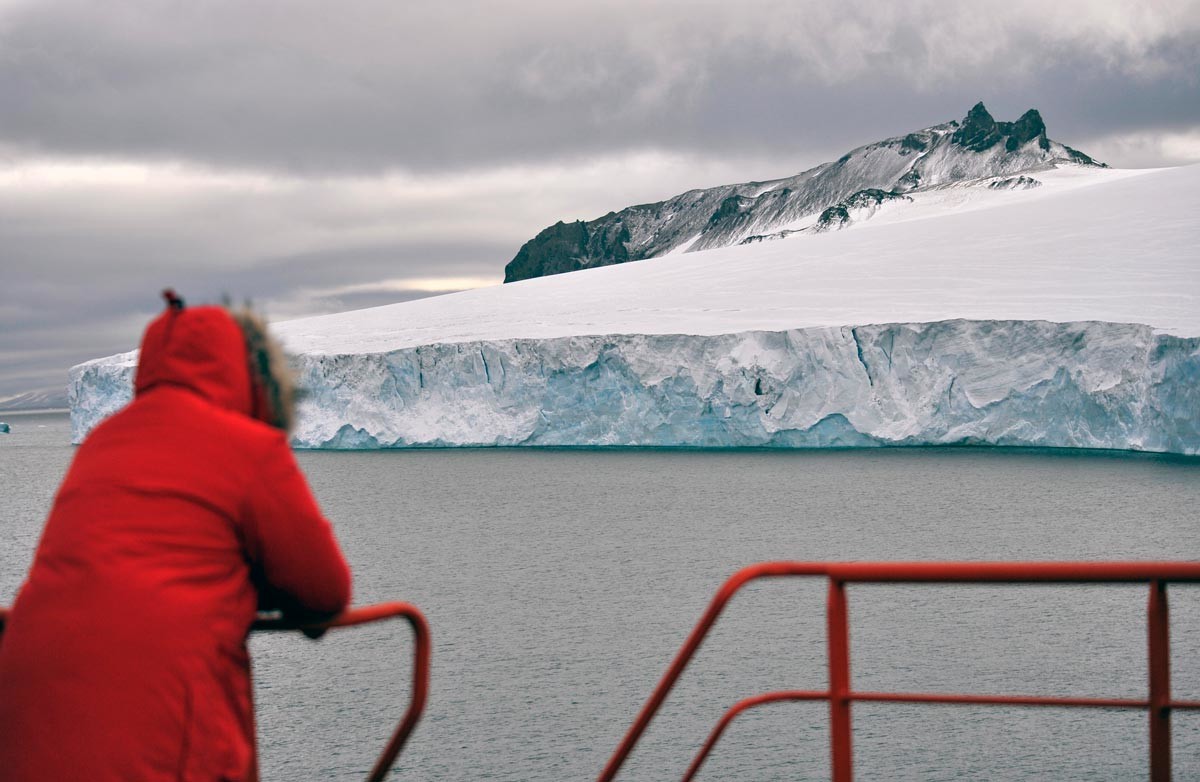 And although winter temperatures rarely fall below minus 40° C, cold winds will prevent your stay on the islands from being particularly comfortable. This is called a Polar climate. There is not much of a permanent population here, but there are national parks—the Russian Arctic National Park and Wrangel Island Nature Reserve—that attract tourists, scientific research stations and military bases.

Yakutia: the end of September to mid-May 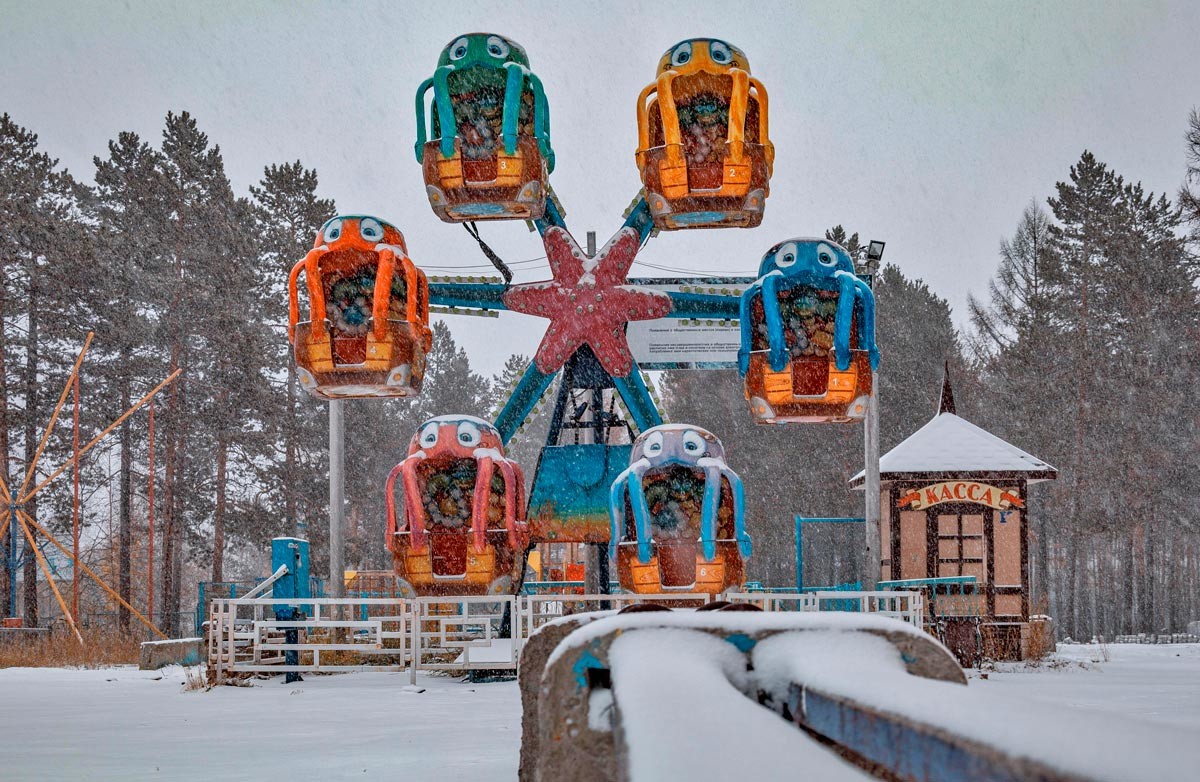 Yakutia is the largest and coldest region of Russia. For context, let’s consider that it is almost the size of India, but has a population of less than a million people—a third of whom live in the capital of Yakutsk, while the rest live in towns and villages throughout this vast republic. And all of them live in very difficult conditions in terms of climate.

In August, it gets chilly and the first snow can come, and then by the end of September you have to wear winter clothes! After that, don’t expect the temperature to rise above zero again before mid-May. At the same time, Yakutia has interestingly extreme temperature differences. For example, in the capital of Yakutsk, the average winter temperature is minus 35° C, and in summer it is plus 18° C (and there is often 30° C heat and 50° C frosts). In Yakutia, you can see incredible recreation areas near non-melting glaciers. Locals like to come to these on summer days and sometimes take pictures).

The coldest winters are in the settlements of Oymyakon and Verkhoyansk, where the temperature has been recorded going down to minus 70° C. Minus 45° C is considered a normal winter here. 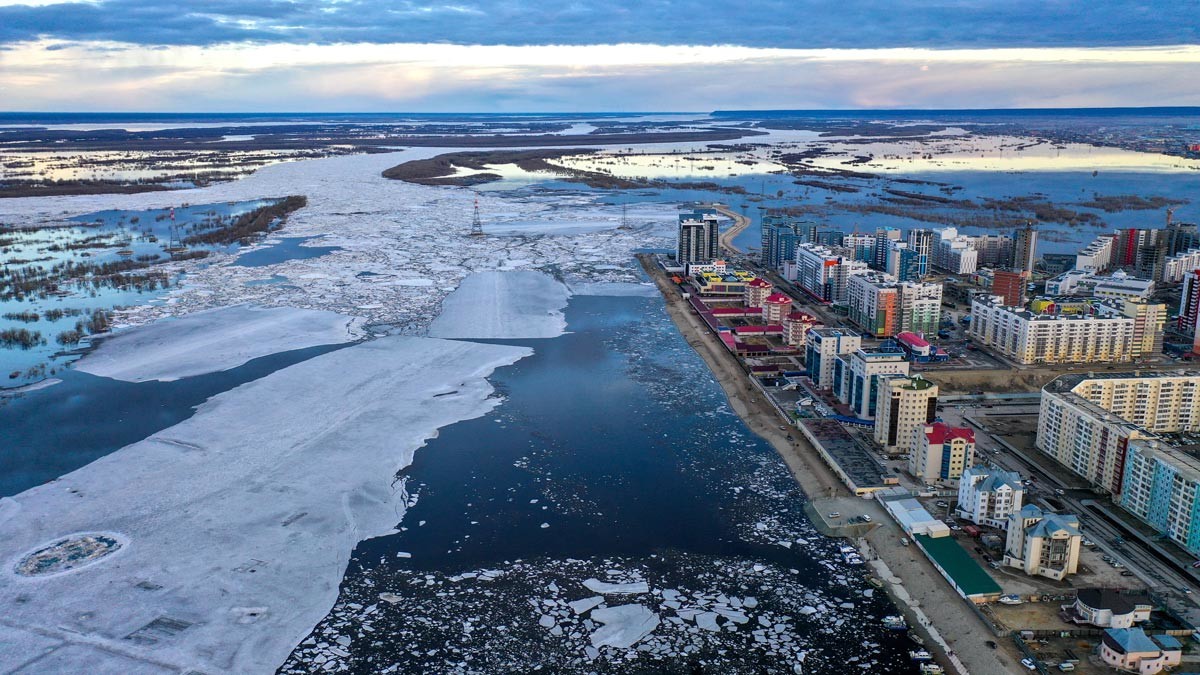 "For locals, frosts are not a reason to stay at home at all,” writes blogger Ekaterina Borisova, who spent her youth in Yakutia. “There are always plenty of people here, and in the evenings there are huge queues of people who want to ride an ice slide. Everyone, from young to old,  goes for a ride just not to freeze.”

Yamal: mid-September to the end of May 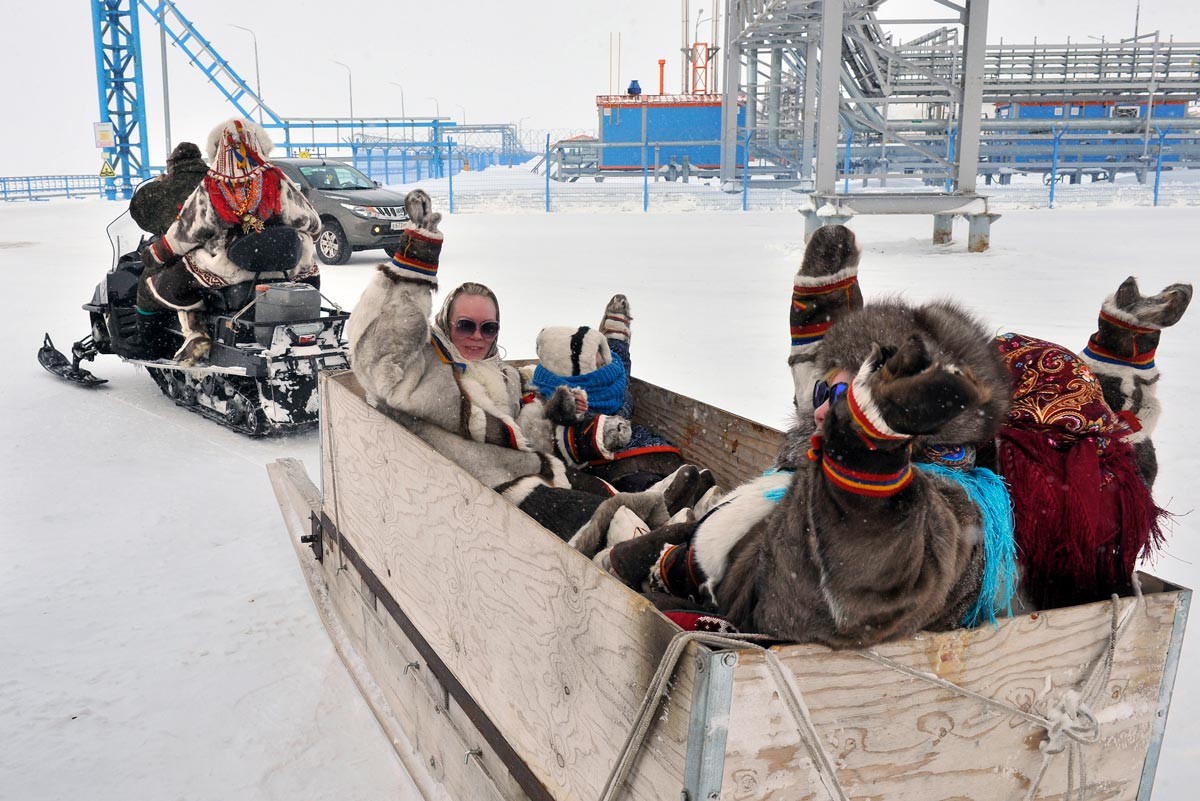 The Yamalo-Nenets Autonomous Okrug in northern Siberia is slightly warmer than Yakutia, but the winter is not any shorter. The longest winters can be experienced in the northern part of the region and last from mid-September to the end of May (the temperature rises above zero no earlier than June).

The Arctic part of Yamal is full of winter storms, fog and a long polar night, but at the same time it will often be “only” minus 25-30° C. There are few people in this area, and for the most part they are gas workers living in shift settlements like Sabetta.

"The wind can really blow the helmet off your head or the yellow vest off your body,” recalls photographer Andrey Starostin, who traveled to Sabetta. “At first, it’s surprising that all the stairs, even just two or three steps, are equipped with railings. But when the wind picks up, you realize that this is a necessary thing.” 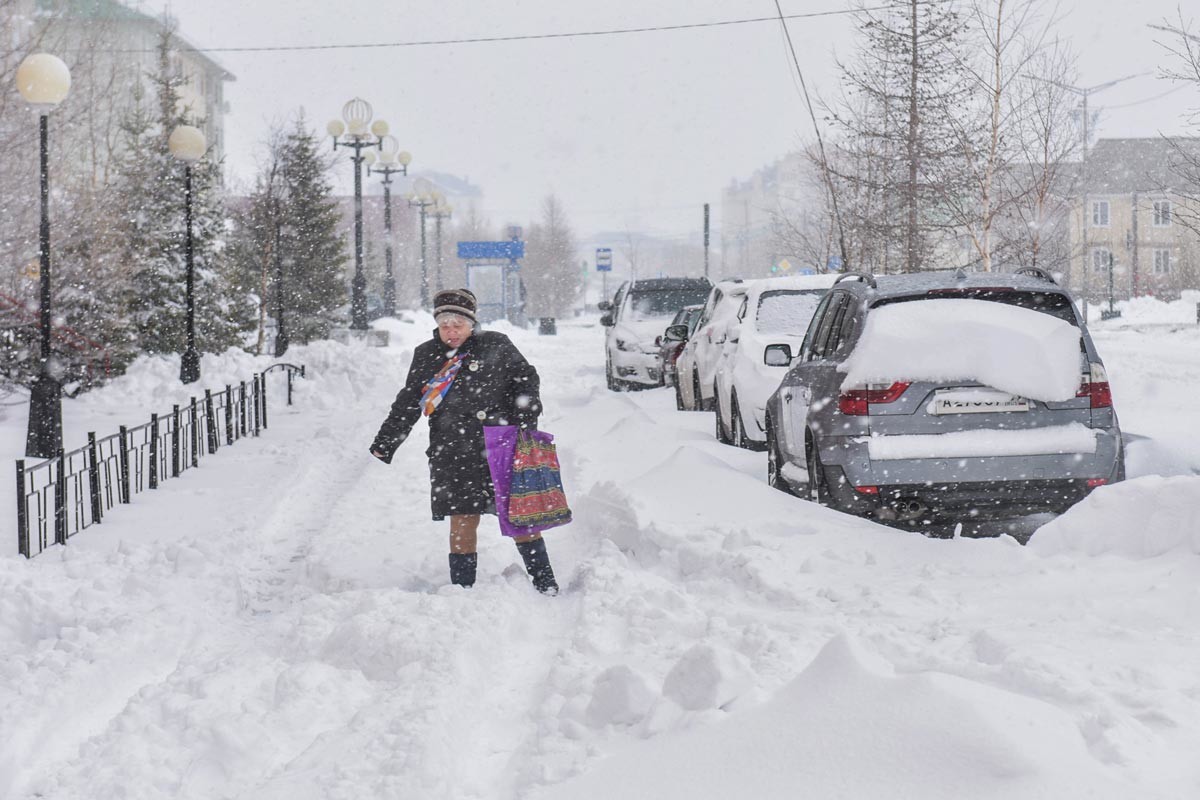 Salekhard. A local resident walking in a street during a snowfall. May 24, 2019.

Most people live in the southern part of the Yamal Peninsula. The administrative center of the region, the city of Salekhard, is located right on the Arctic Circle. Here there is a very short and almost imperceptible summer with temperatures ranging from minus 1° C in May to plus 10° C in the summer months. Then it is right back below zero again in October, but with a not overly severe winter that sees temperatures around minus 20° C. Hot days are quite rare here, but Salekhard does have the northernmost beach in the world!

Taimyr: early September to the end of May 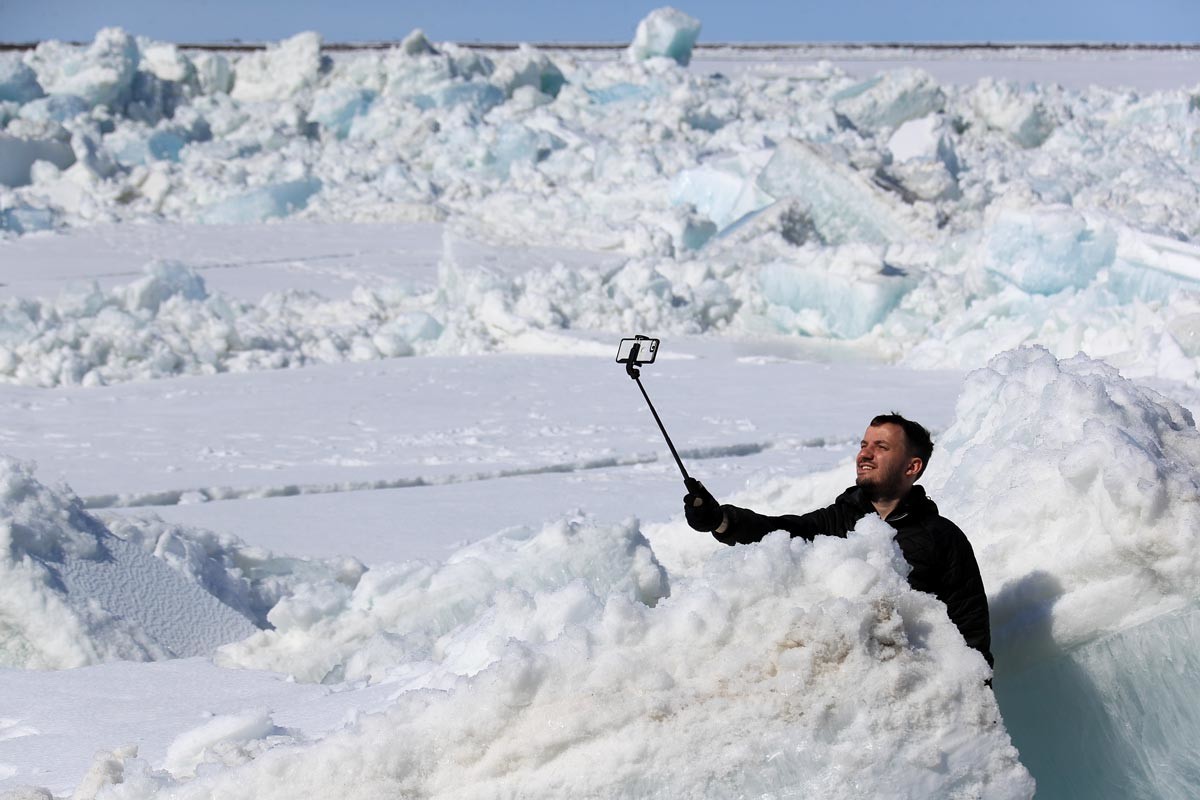 Dudinka. Floating ice on Yenisei River on Taimyr Peninsula. May 30, 2021.

In the northern part of the Krasnoyarsk Territory, which includes the Taimyr Peninsula and the cities of Norilsk and Dudinka, the snow might not melt until mid summer. The temperature here only gets above zero from June to September. Even in July, it can often be around 13° C (although hot days can happen too). The most interesting thing is the spring ice drift on the Yenisei River, which attracts people from the area and even other regions.

“This is a separate spectacle, worth seeing, when meter-long or even 2-meter-long ice floes begin to move, crawl on top of each other and come ashore. At the same time, the water level in the Yenisei rises by an average of 18 meters—higher than a typical five-story building,” eyewitnesses write.

What about other regions? 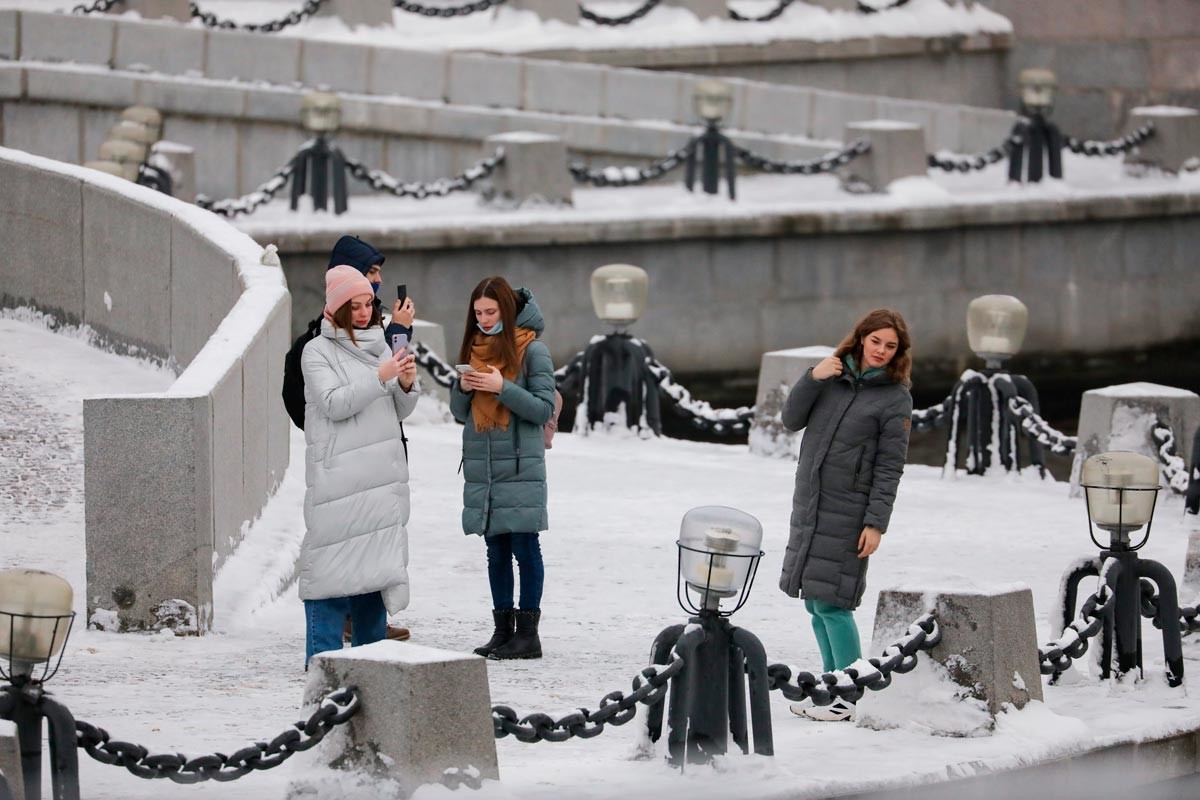 Moscow (and the European part of the country in general) has an almost model change in seasons. It is warm in the summer, rains in the autumn, with fluffy snow in the winter while being not especially cold (usually about minus 10 °C) and then everything thaws in the spring. However, the weather can bring surprises like extra-warm winter days followed by a freezing rain or snow in June. 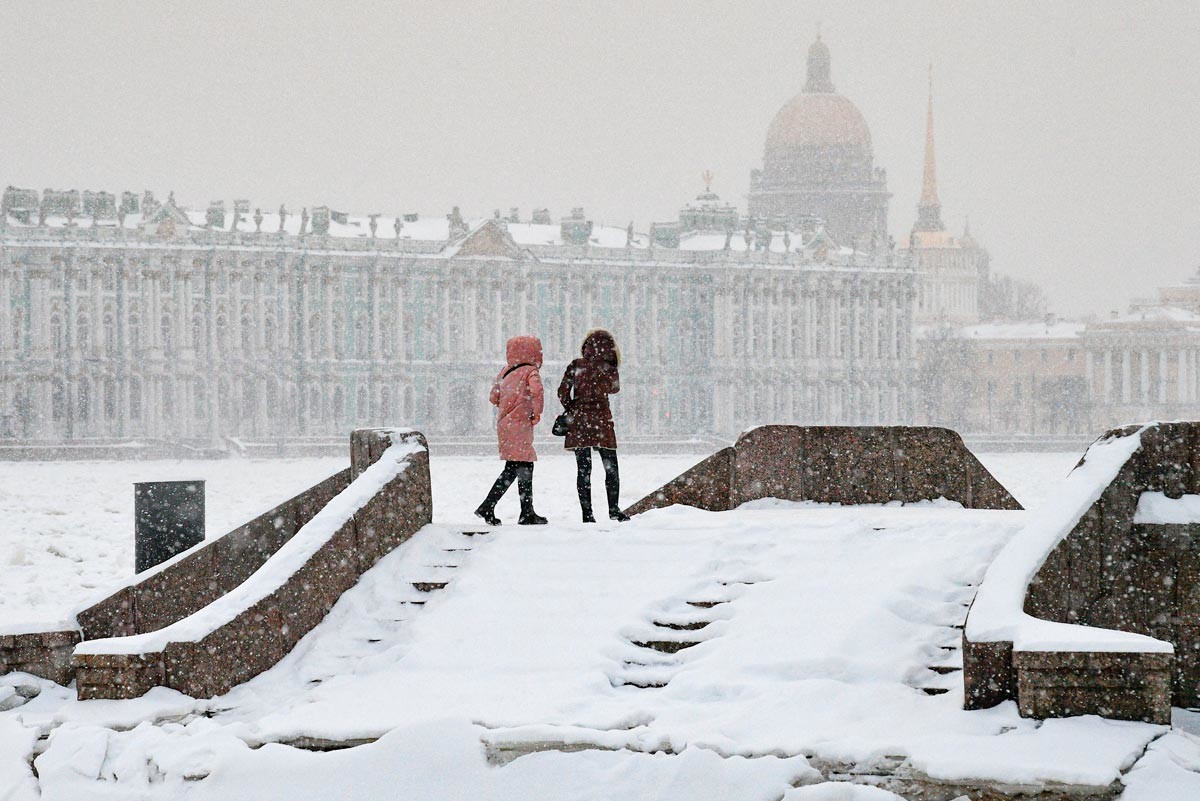 In St. Petersburg and Karelia, it is a little colder than in Moscow, and the summer is shorter. The winter also comes earlier—usually around the end of November. Plus, winds coming in from the Gulf of Finland can make it feel like minus 30° C when it is actually just minus 10° C. 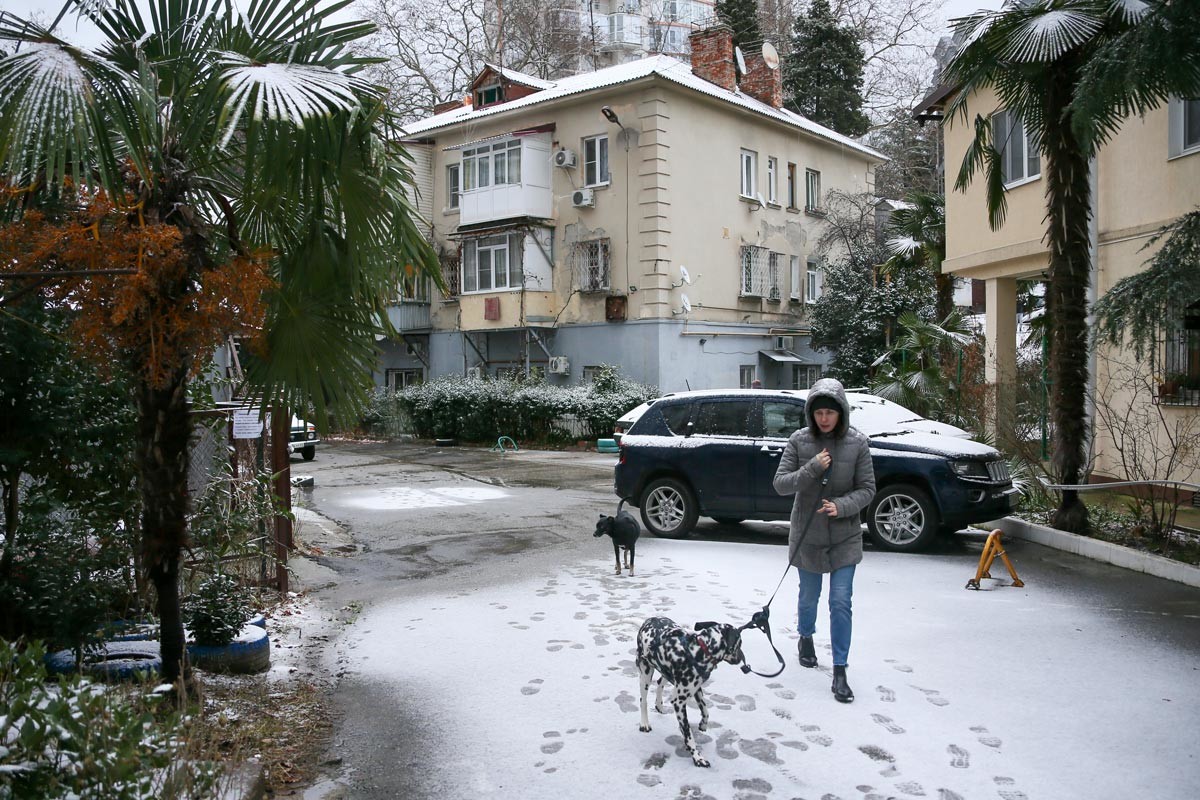 After snowfall in Sochi, mid-January 2021. The temperature has dropped to 0°C.

In the Urals and Siberia, winters last from the end of October to the end of April. The shortest winters can be found in the Black Sea area. For example, in resort towns like Anapa to Sochi the winter only lasts for two or three weeks in January with temperatures only going down to 6-10° C. So, if you really want to see snow, now you know where to go to see it almost all year round.