Unusual burials & graves of the most famous Russians (PHOTOS) 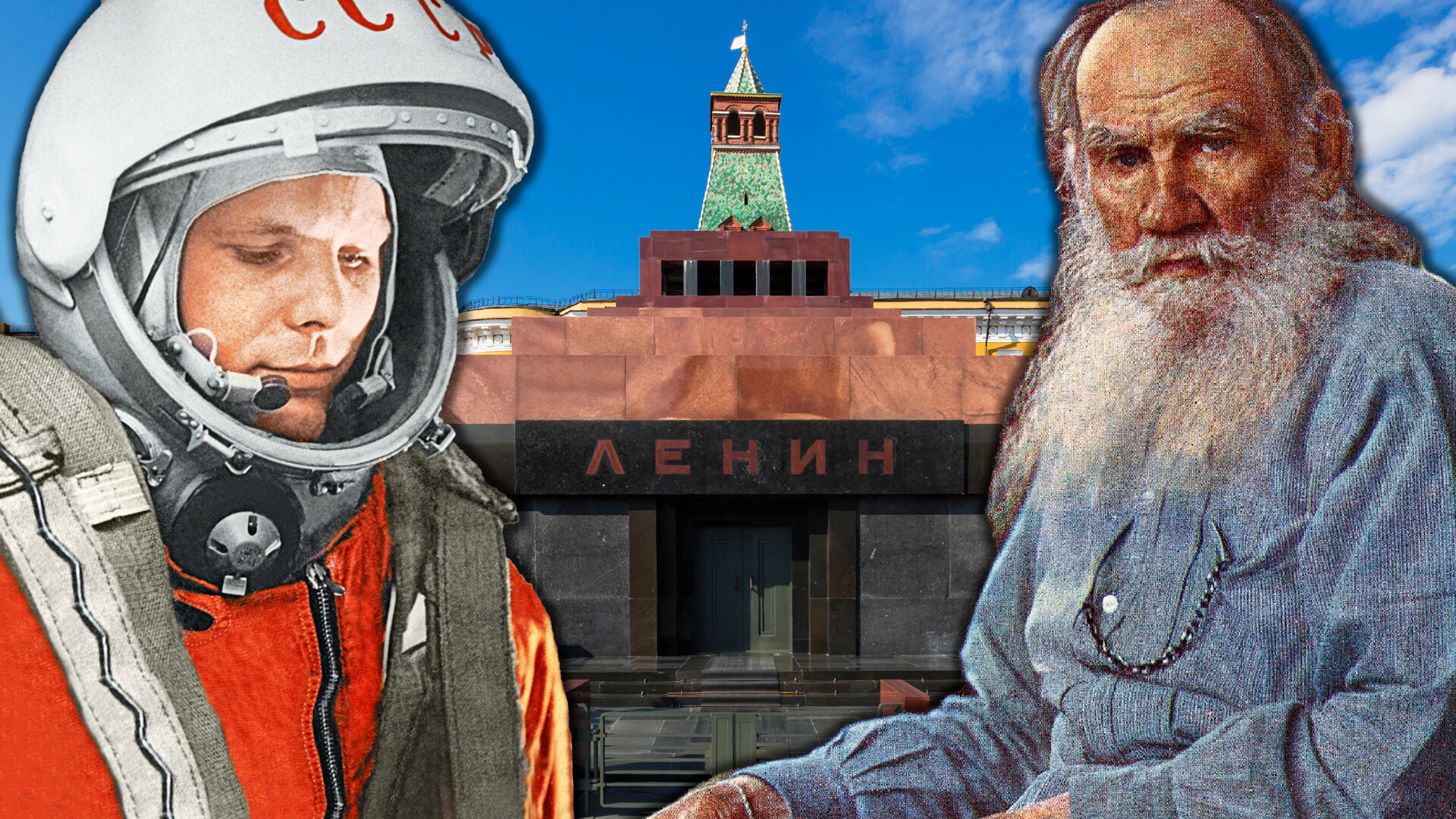 Russia Beyond (Westend61 / Getty Images; Sputnik; Public Domain)
In the USSR, they loved to erect pompous monuments. But what do the graves of the most legendary personalities - Tolstoy, Lenin, Stalin and others - look like?

Russians enjoy recalling the past and, walking through the cemeteries, with interest explore the tombstones. The most famous cemeteries in Russia are taken on tours and, in the heart of the capital, on the Red Square, there is a real necropolis. In addition to Vladimir Lenin’s mausoleum, there are many graves next to the kremlin wall - of great officials, generals, cosmonauts - and including foreigners. Even abroad, Russian people often seek out an ancient cemetery to maybe find the resting places of their compatriots. So, what do the graves of famous Russians look like in Russia? Below are just a few.

(By the way, you can find out where the Russian tsars are buried here) 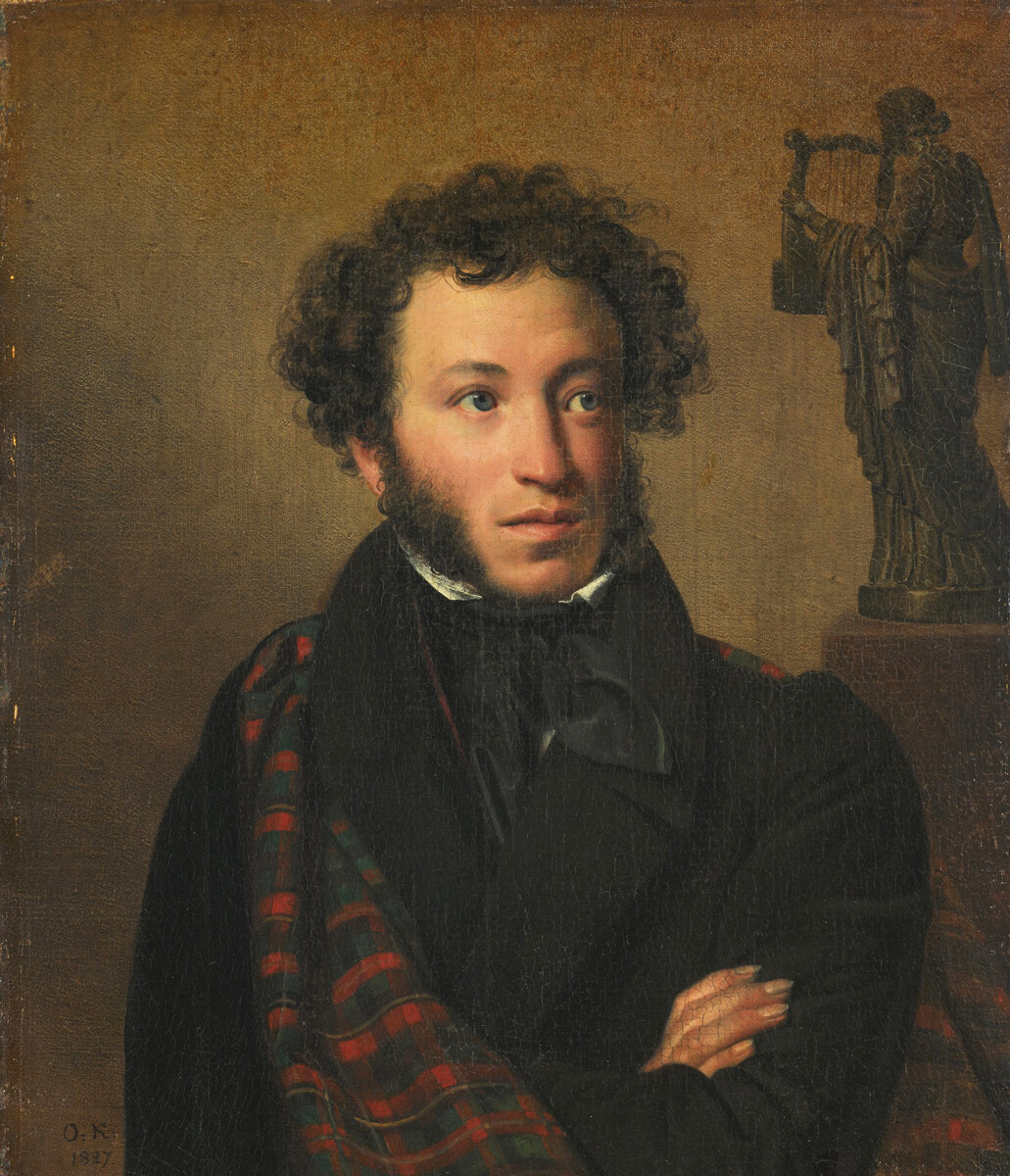 The nation’s most famous poet was mortally wounded in a duel near St. Petersburg with the alleged lover of his wife, Natalia Goncharova. In fact, he had been driven to such a state by intrigues at court. The death of the country’s first poet shocked many, and they were inclined to blame the authorities and their entourage. Thousands of people who came to say goodbye to the deceased poet expressed their dissatisfaction with the tragedy that had occurred. 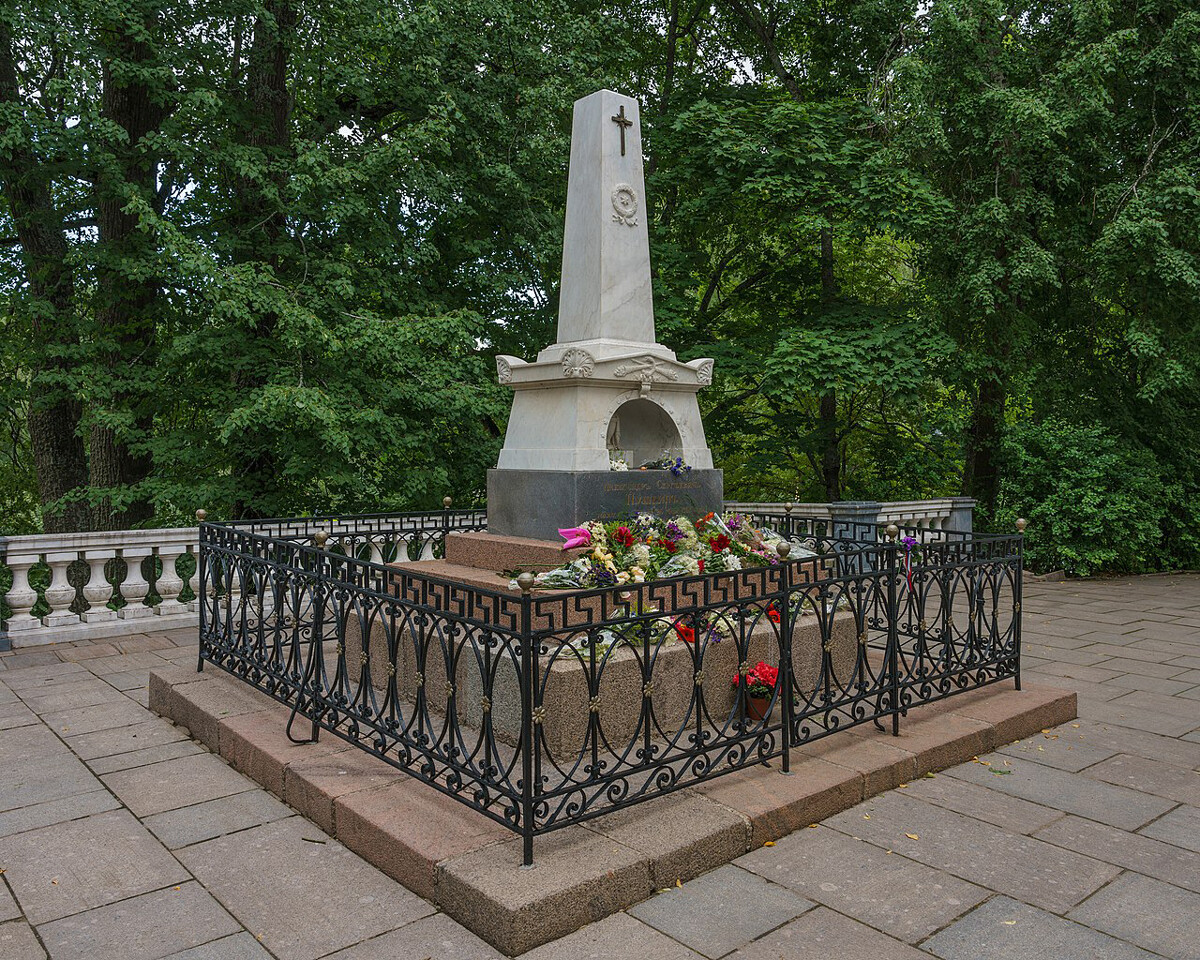 Pushkin's grave in Svyatogorsk monastery in the Pskov region

To prevent possible riots, the emperor Nicholas I ordered a quiet funeral to be arranged. The coffin was secretly taken at night, with gendarmes, to Pskov province (600 km from Moscow) and the poet was buried on the grounds of Svyatogorsk monastery - not far from Pushkin’s family estate of Mikhailovskoe. 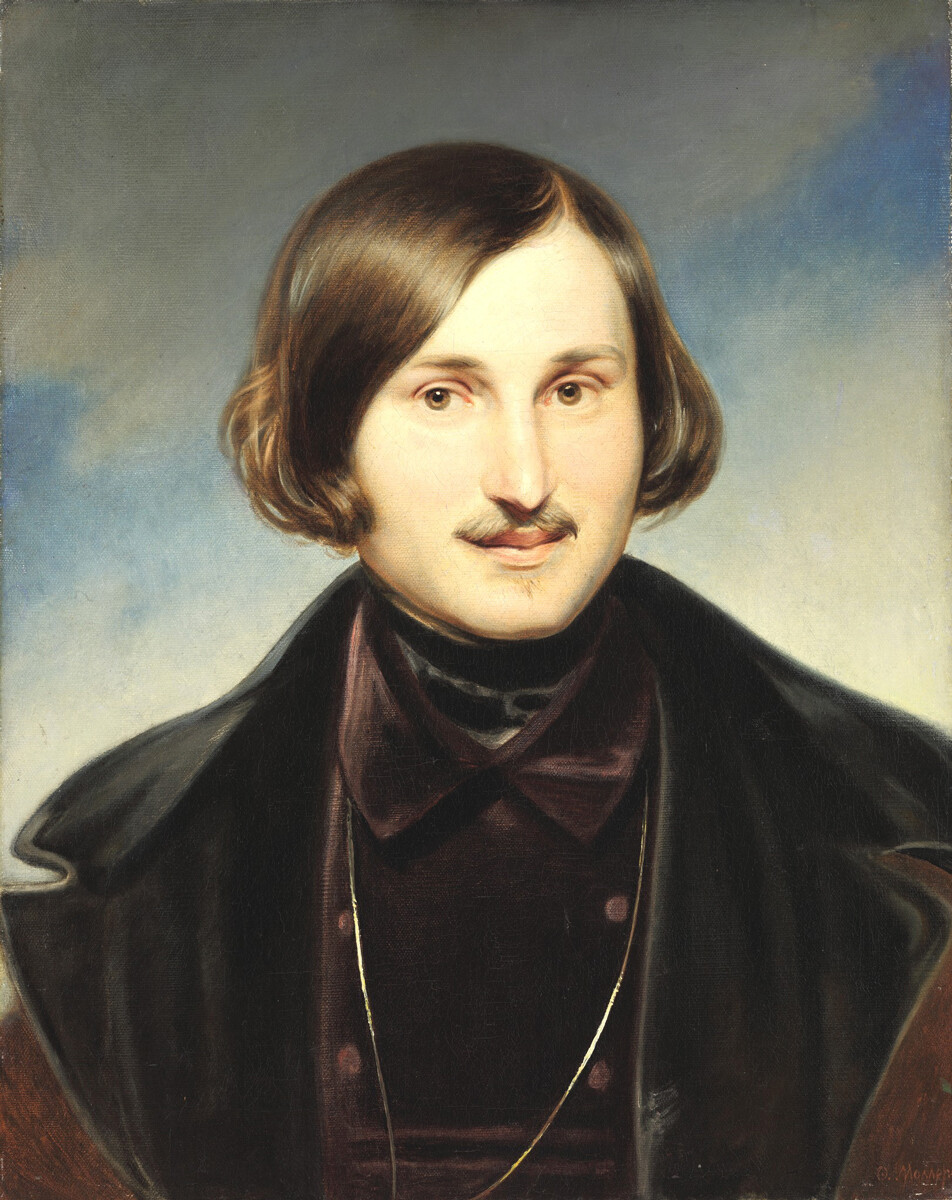 The death of the most mystical Russian writer is itself full of mysteries and legends. According to the evidence of contemporaries, Gogol was very afraid to fall into a lethargic sleep and be buried alive (there is a legend that this is exactly what happened). Gogol died at age 43 under mysterious circumstances, presumably from a severe nervous breakdown. Nine days before his death, for unknown reasons, he burned the nearly-completed second volume of ‘Dead Souls’, his major work. This event was a shock for the author himself. Gogol was buried in the cemetery of the Danilovsky Monastery in Moscow-and his grave was decorated with a bronze cross on an elevated “golgotha” stone and a black marble slab. 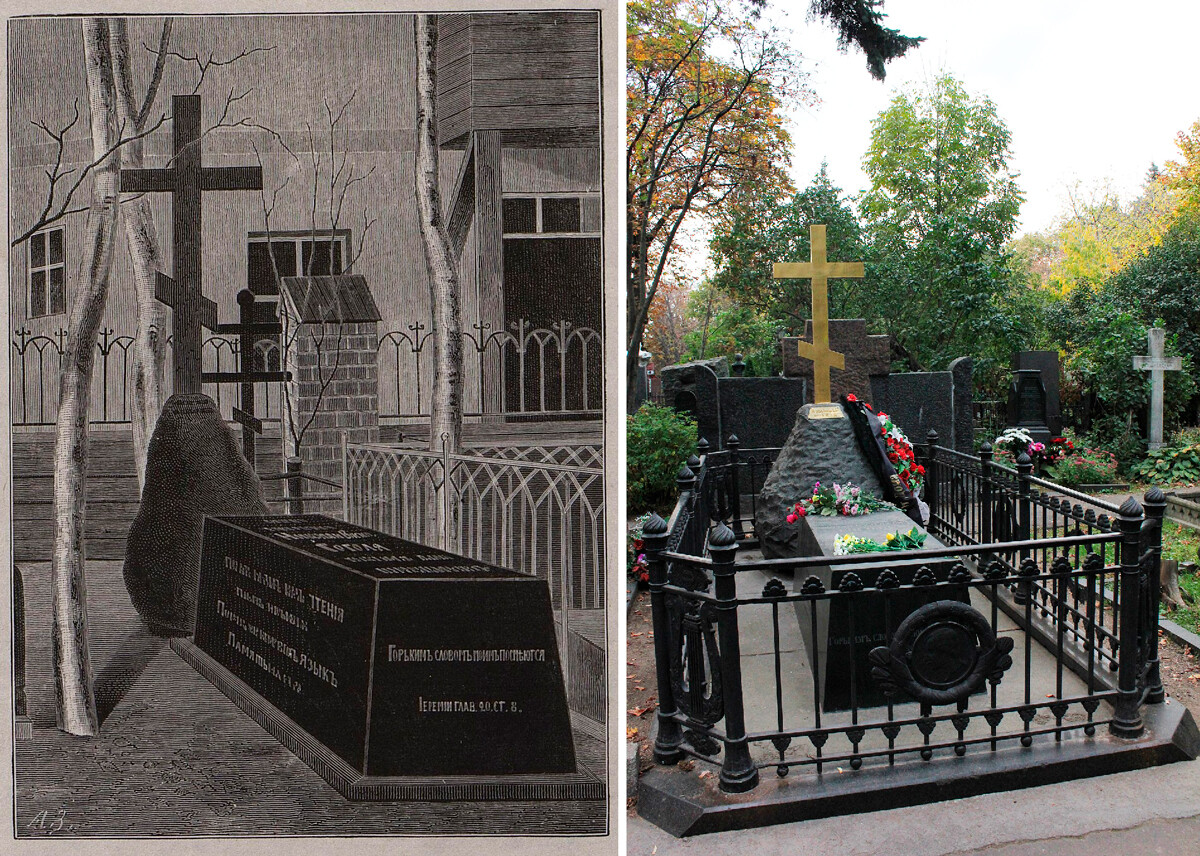 In 1930, Soviet authorities closed the monastery and destroyed the necropolis, so the writer’s remains were moved to the Novodevichy Cemetery in Moscow. According to later rumors, allegedly during the exhumation, it was discovered that Gogol’s skull was missing from the grave and had been stolen or that the skull had been turned on its side, as if to confirm Gogol’s own fears that he had been buried alive. The modern appearance of the grave at Novodevichy Cemetery is a duplicate of the original. 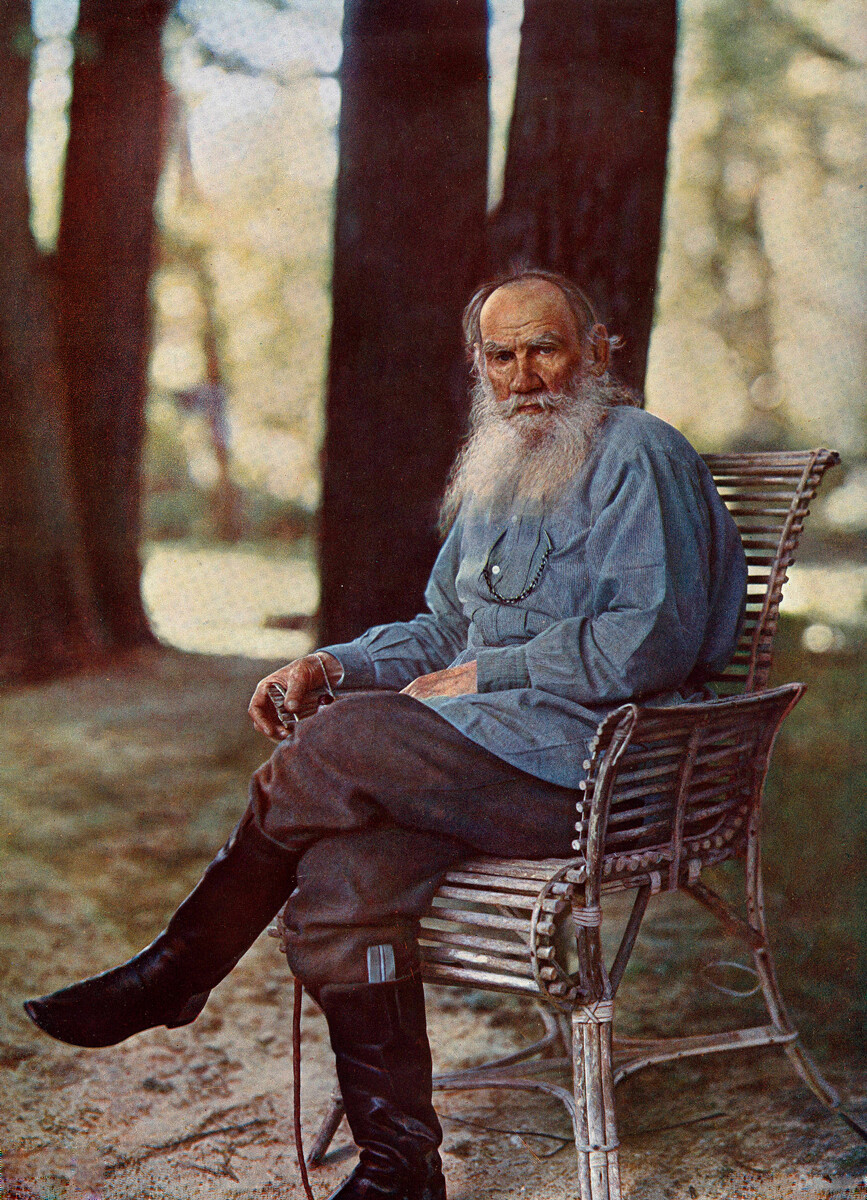 A long-lived writer and one of the most prolific Russian writers, in the last years of his life, he underwent a spiritual upheaval. He pondered much about faith and the official Church, the latter much criticized in treatises. He wrote, among other things, that the role of the priest as mediator in communication between man and God was simply superfluous. Tolstoy’s theological treatises and his latest novel Resurrection were even banned by both secular and church censorship. As a result, the writer was excommunicated from the Russian Orthodox Church.

Because of his spiritual upheaval, he also became sympathetic to Old Believers, began to lead a very simple life and almost gave up all private property… but met with the predictable misunderstanding of his wife (the estate brought them and their many children their main income). As a result, a family conflict broke out and the 82-year-old writer secretly ran away from home, hoping to go to the south. But on the way, he fell ill and died at the small station of Astapovo. It now bears the name ‘Leo Tolstoy’. 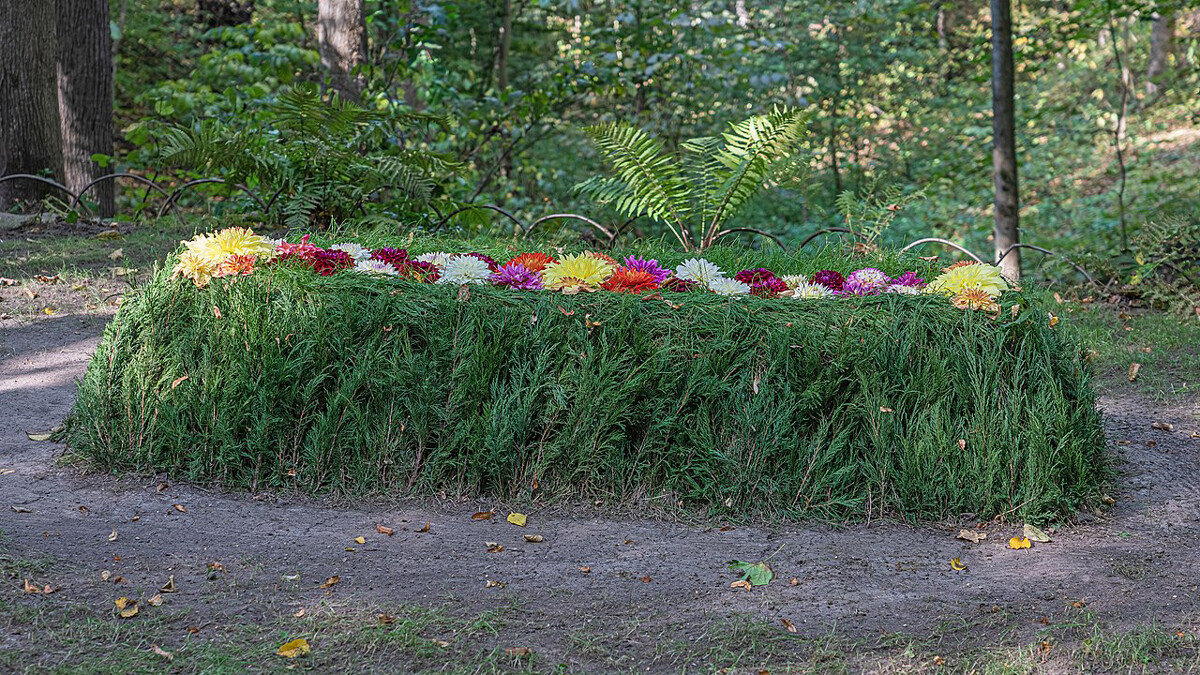 Being exiled from the church, the writer was buried without any funeral service or church ceremony (although there were rumors of a secret burial). His grave is situated in the forest in his Yasnaya Polyana estate. According to his own will, there was no cross or tombstone on the grave, just a mound of grass. 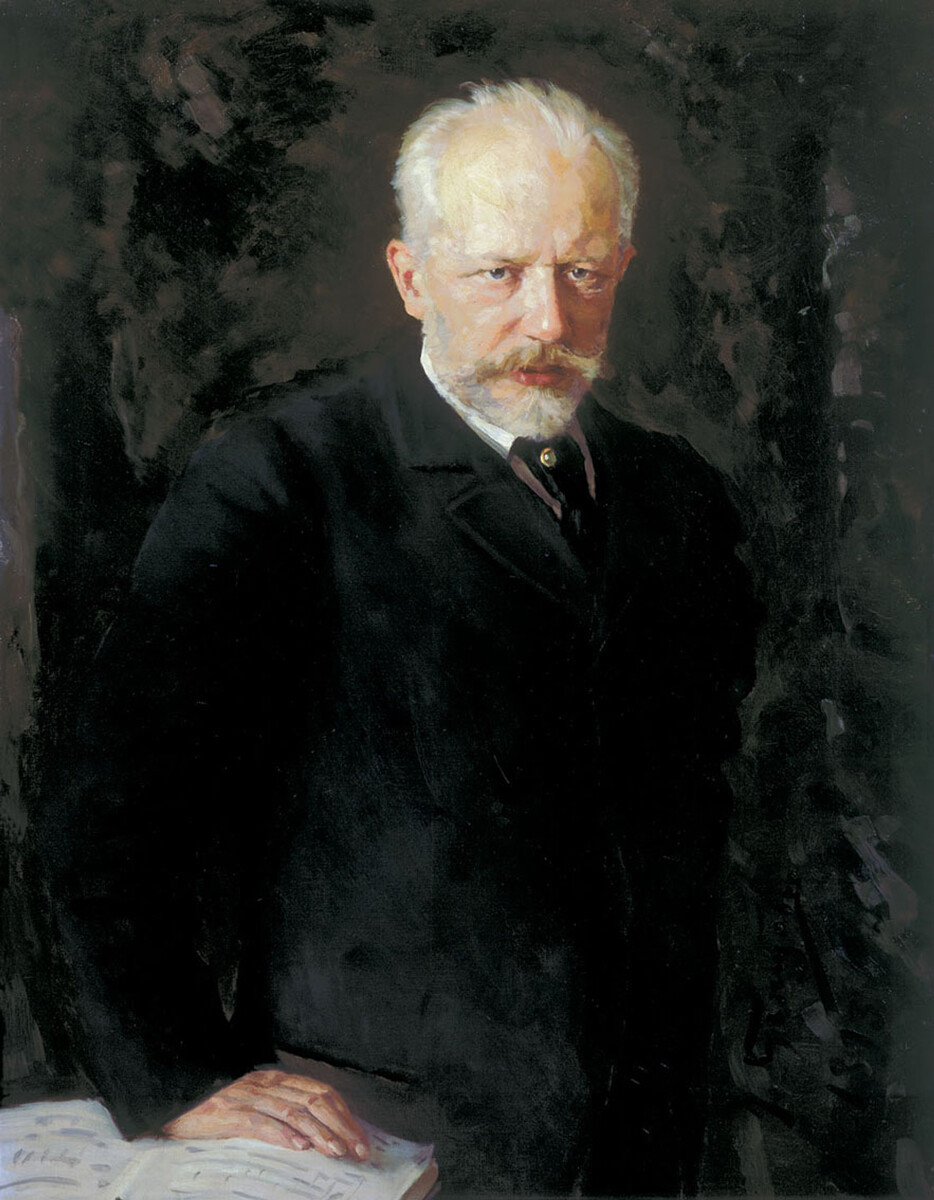 In 1893, a perfectly healthy Tchaikovsky drank unboiled water in a St. Petersburg restaurant despite a cholera outbreak. The very next morning he became ill and, four days later, he died in agony after a very severe bout of the illness.

According to one legend that circulated among Russian emigrants, Tchaikovsky committed suicide for fear of being persecuted for homosexuality. Allegedly, the symptoms of arsenic poisoning are similar to those of cholera. 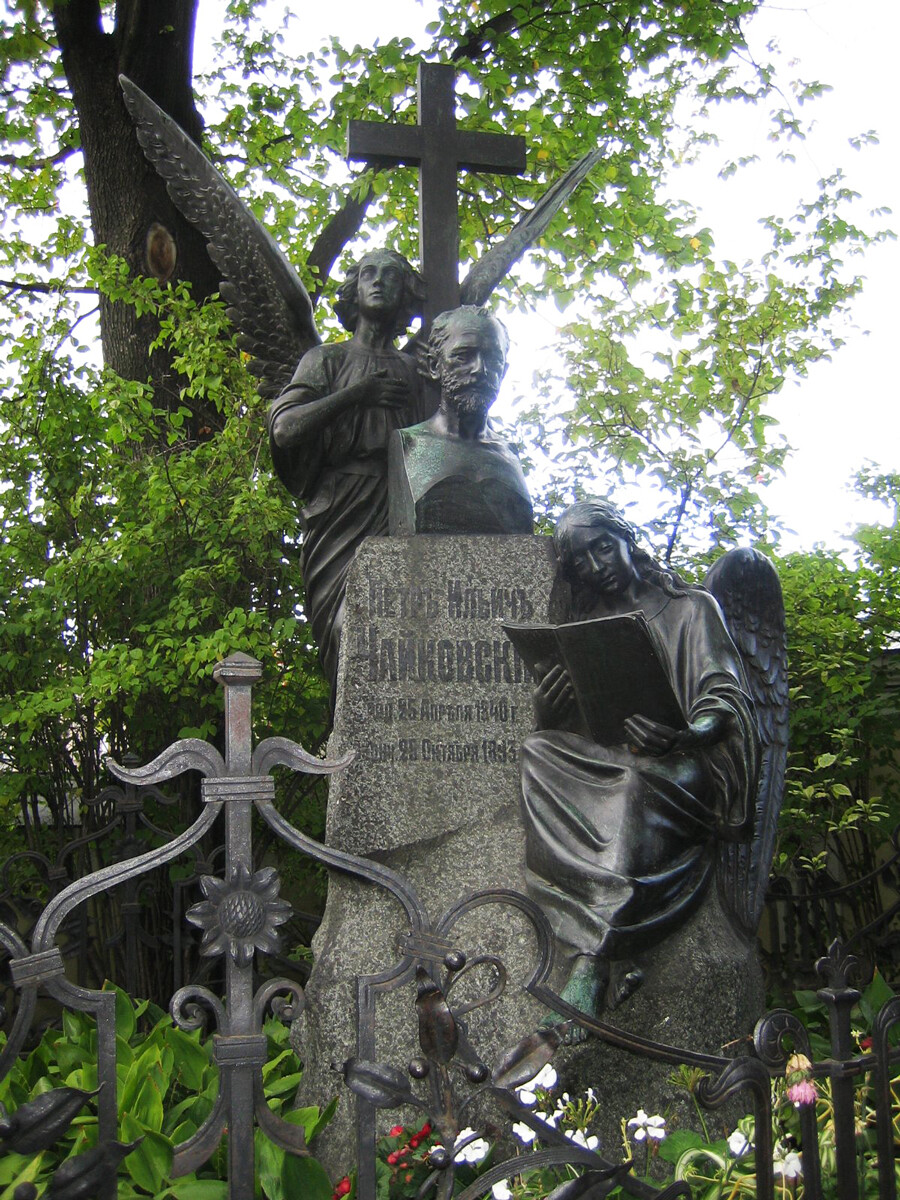 Emperor Alexander III personally paid for the composer’s funeral. The ceremony took place in the Kazan Cathedral of St. Petersburg with the participation of the Imperial Theater Choir. Even members of the Romanov family were present at the funeral. Russia’s main composer was buried at the Tikhvin Cemetery in the Alexander Nevsky Lavra in St. Petersburg. 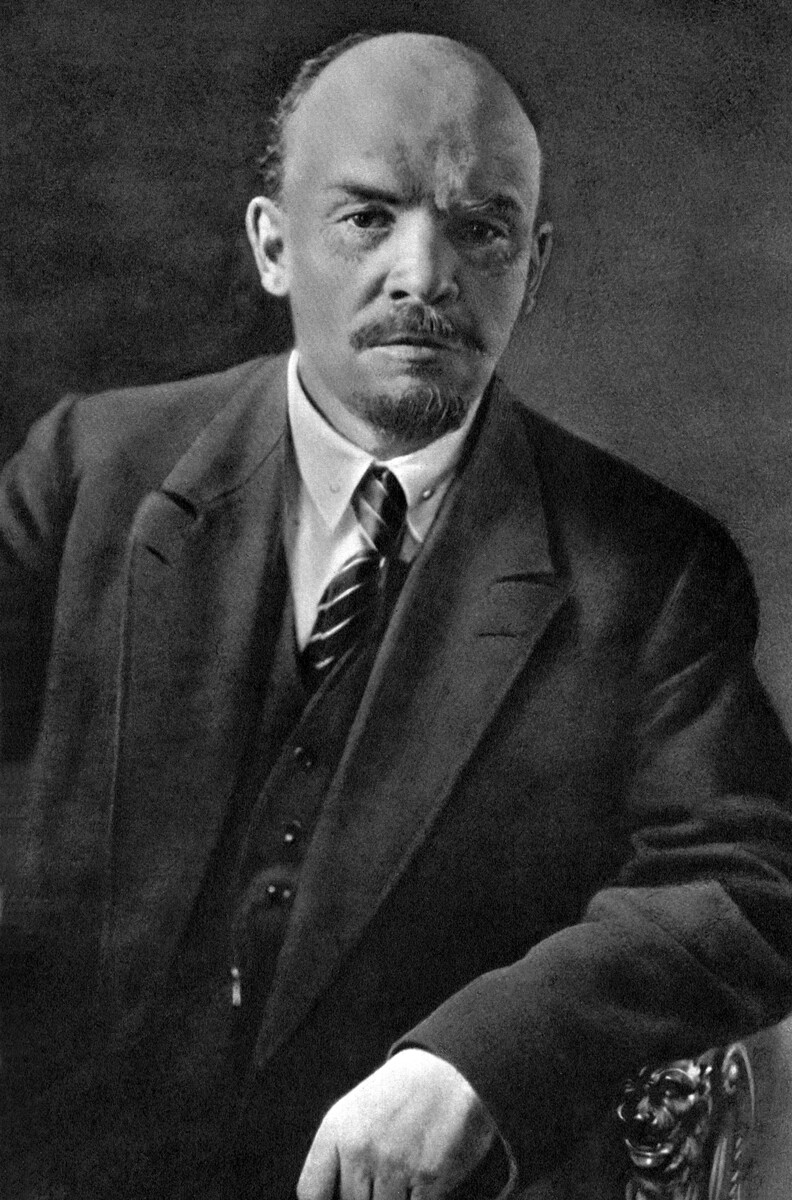 Just five years after the 1917 revolution, Lenin fell ill, presumably due to nervous strain from constant speeches, hard work and the stress of the 1918 assassination attempt. After surviving three strokes and losing his speech, the Soviet leader died of a brain hemorrhage. (Although there were rumors that, in fact, he was struck down by syphilis.) Lenin’s death caused a whole wave of the most incredible rumors - that he fled abroad, that he died long ago and that his body was frozen or that it was not his body, but a wax doll… 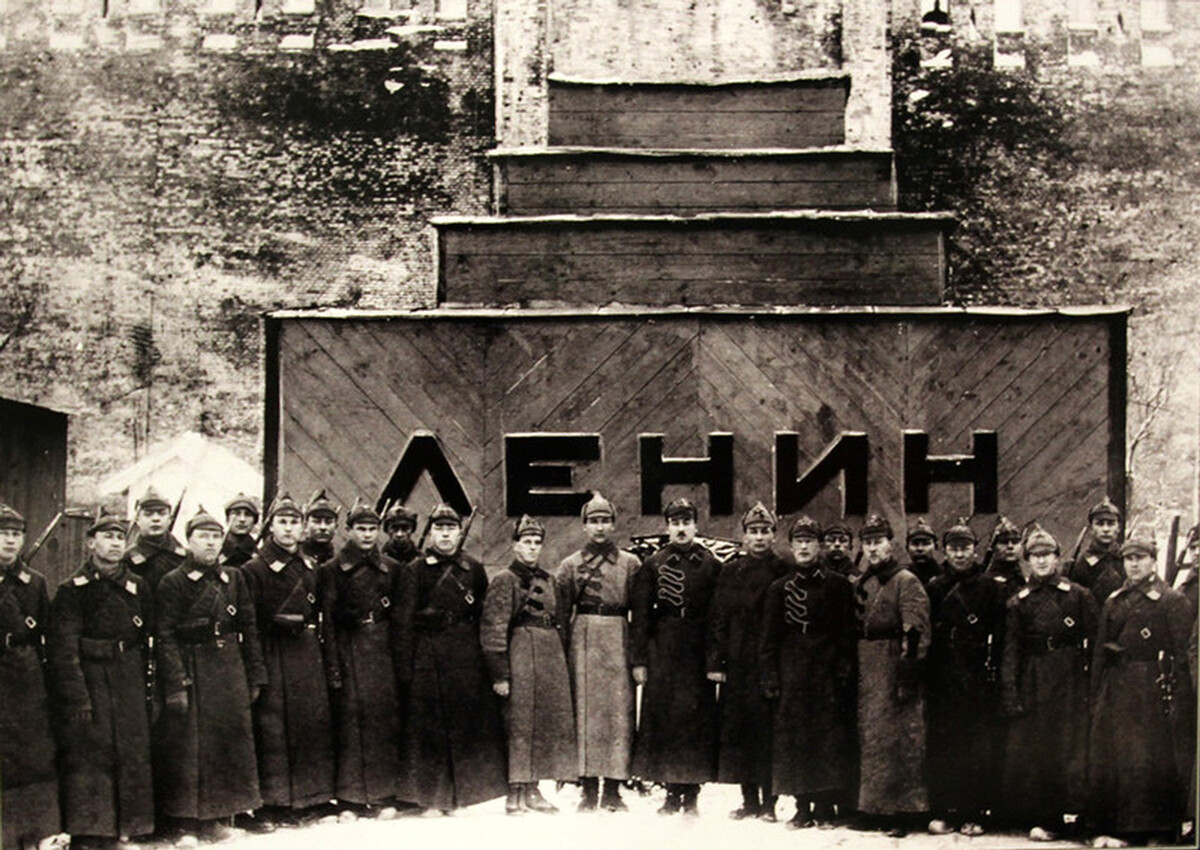 The issue of how exactly to bury Lenin was discussed beforehand, when he was still alive, but already seriously ill. After all, a man who had destroyed the Church and church ceremonies could not simply be buried according to the Christian custom prevalent in Russia. According to the official version, the idea of “preserving” the body was suggested by Joseph Stalin, who allegedly delivered the many wishes of the workers to have the leader’s body embalmed with the methods of modern science (Many fellow party members, however, were initially skeptical; it seemed to them that the “relics” of Lenin shouldn’t replace the relics of Russian saints, because it was contrary to Marxism ideas). 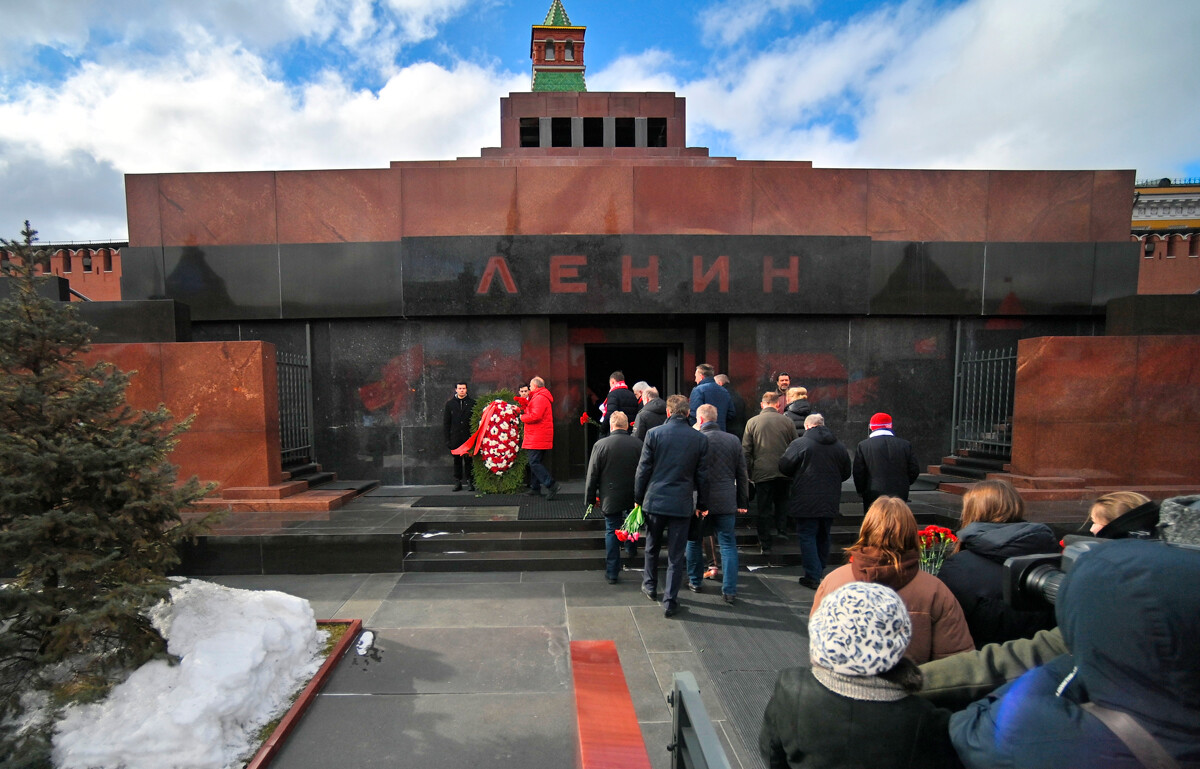 For the civil farewell ceremony, the coffin with Lenin’s body was displayed in the columned hall of the House of Unions (it would later house other Soviet leaders). And after five days of incessant procession, the embalmed body was placed in a temporary wooden mausoleum on the Red Square. In 1930, a modern granite mausoleum appeared in its place, where Lenin lies in a transparent sarcophagus to this day. The body’s preservation is monitored by a special laboratory. 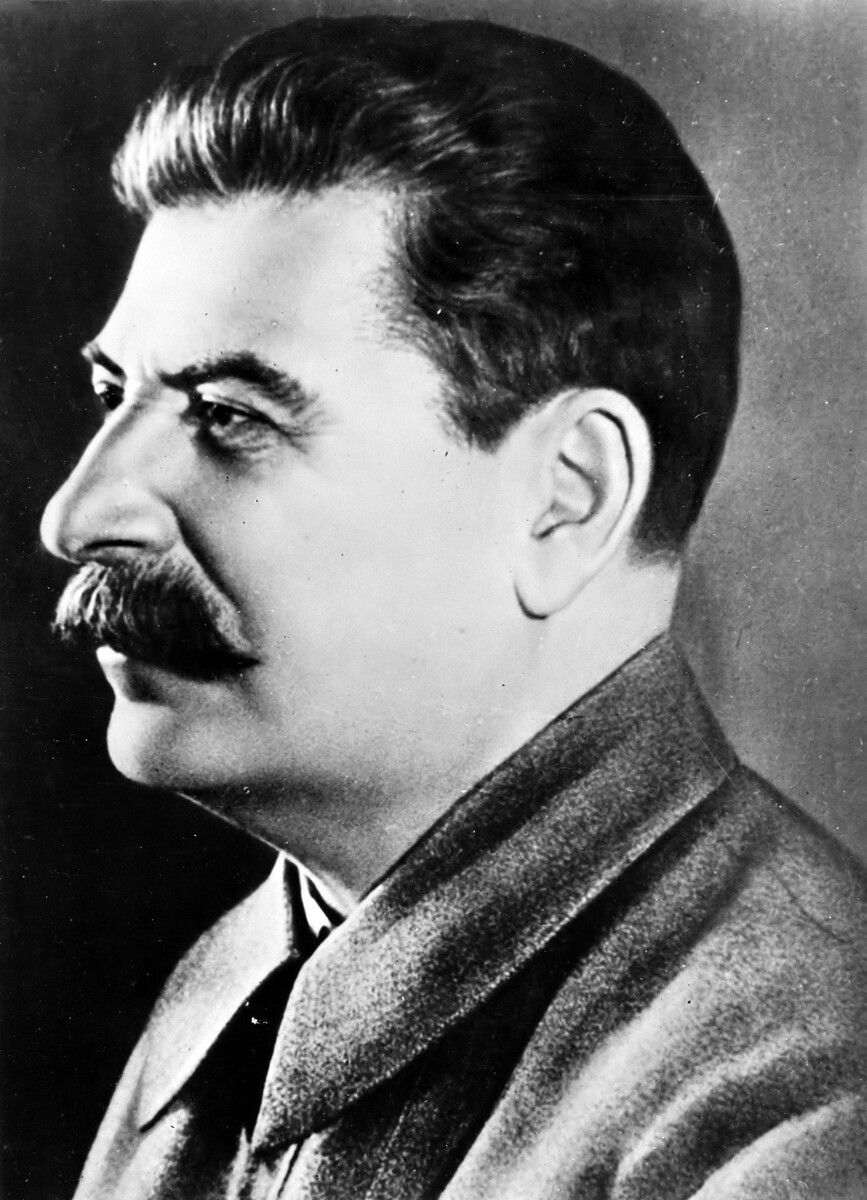 On March 1, 1953, 73-year-old Stalin was paralyzed from the right side of his body - a guard found him lying on the floor. Three days later, the Soviet leader died - as in the case of Lenin, the official conclusion was brain hemorrhage. 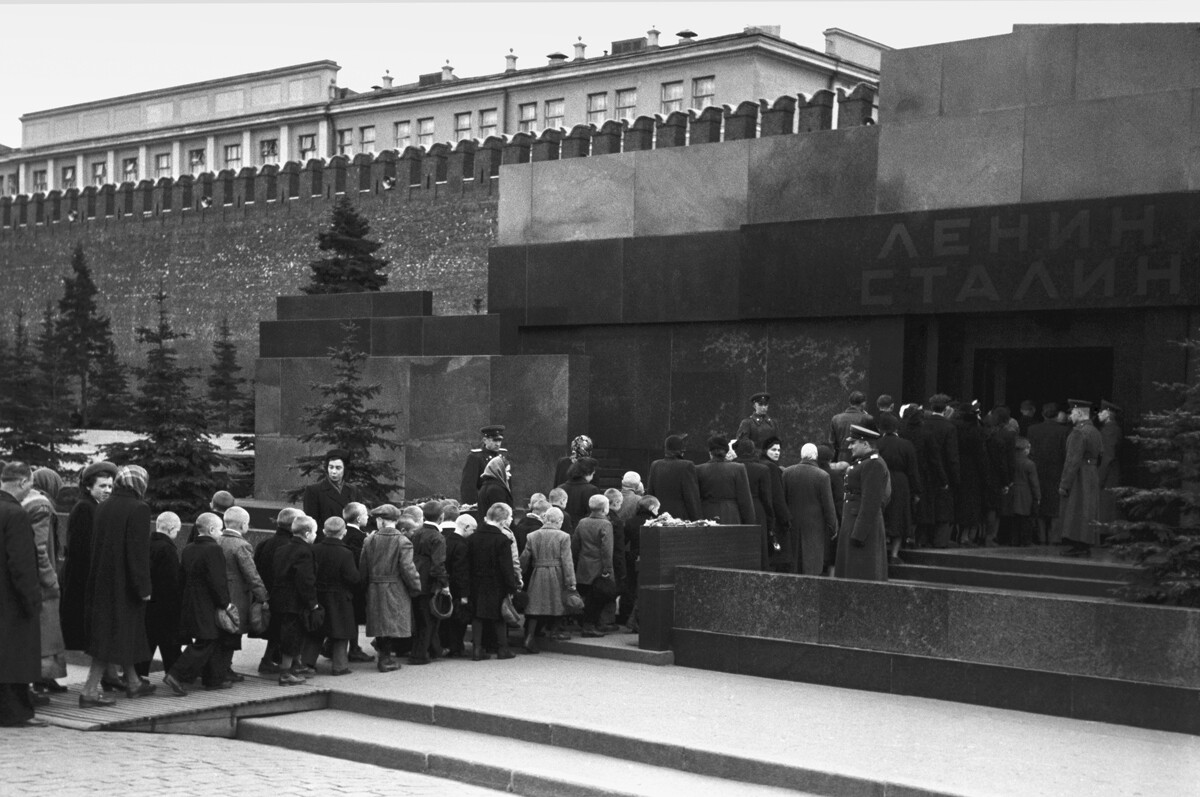 A waiting line to the mausoleum, 1957

The coffin was also displayed in the House of Unions and, for three days, an endless stream of people stood in line to bid farewell to the leader; members of foreign delegations also came to lay wreaths. On March 9, the funeral took place, notorious for about 100 people having died in the stampede of onlookers. A solemn funeral procession took place and, to the sound of artillery and aviation, Stalin’s embalmed body was carried into the mausoleum. 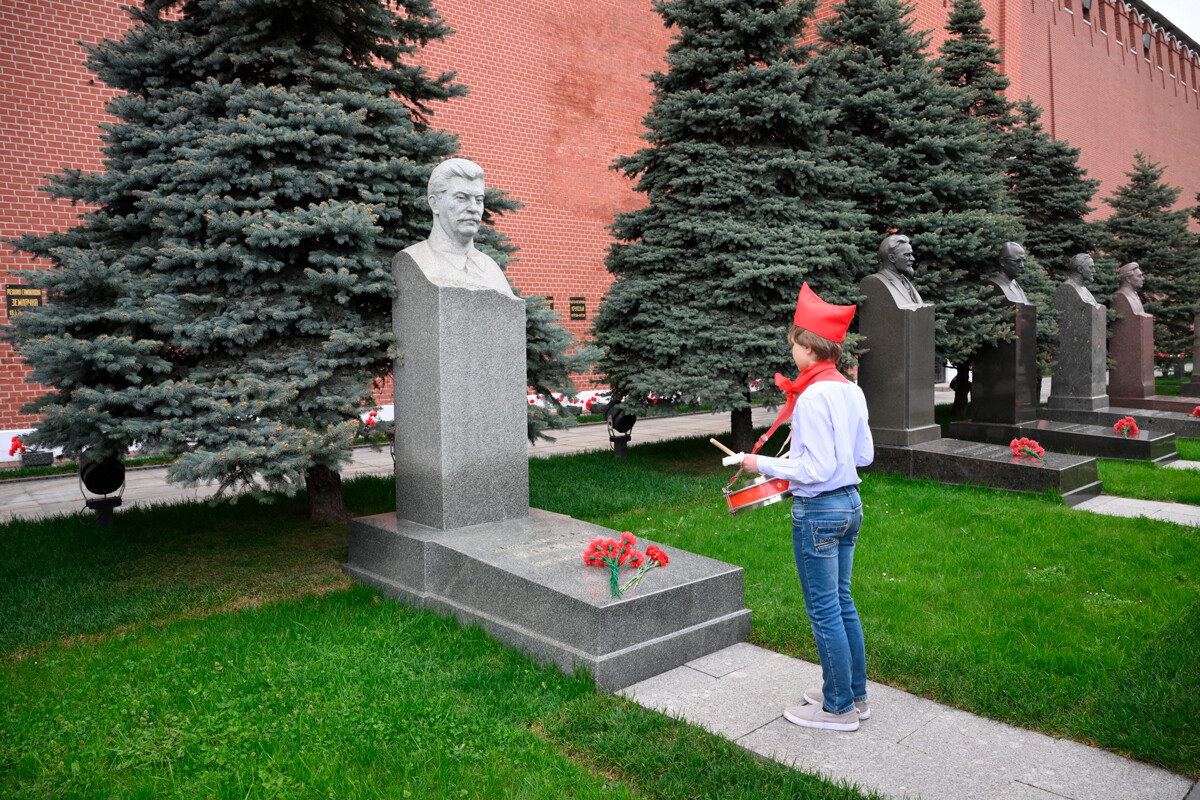 Stalin’s modern-day grave next to the kremlin walls

The bodies of the two leaders lay side by side for eight years, but, in 1961, as part of the debunking of the personality cult of Stalin, his body was removed from the mausoleum and buried by the kremlin wall, where it remains to this day. 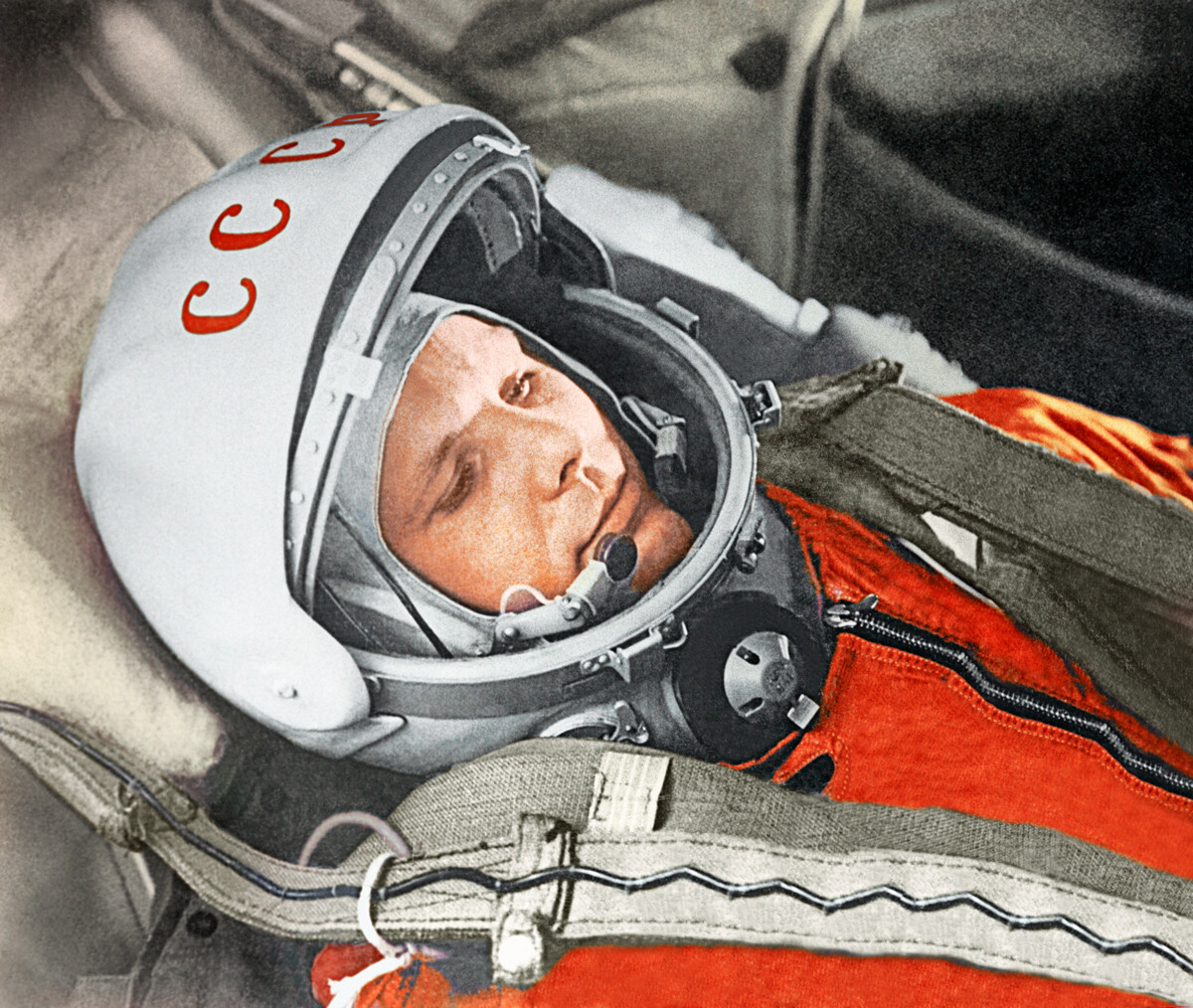 Yury Gagarin before his flight

Seven years after his legendary space flight, Yuri Gagarin died in a plane crash while training in a MiG fighter jet. By then, the Soviet government had already figured out how to avoid the “Christian style” of burial in the ground - many famous personalities were now cremated. 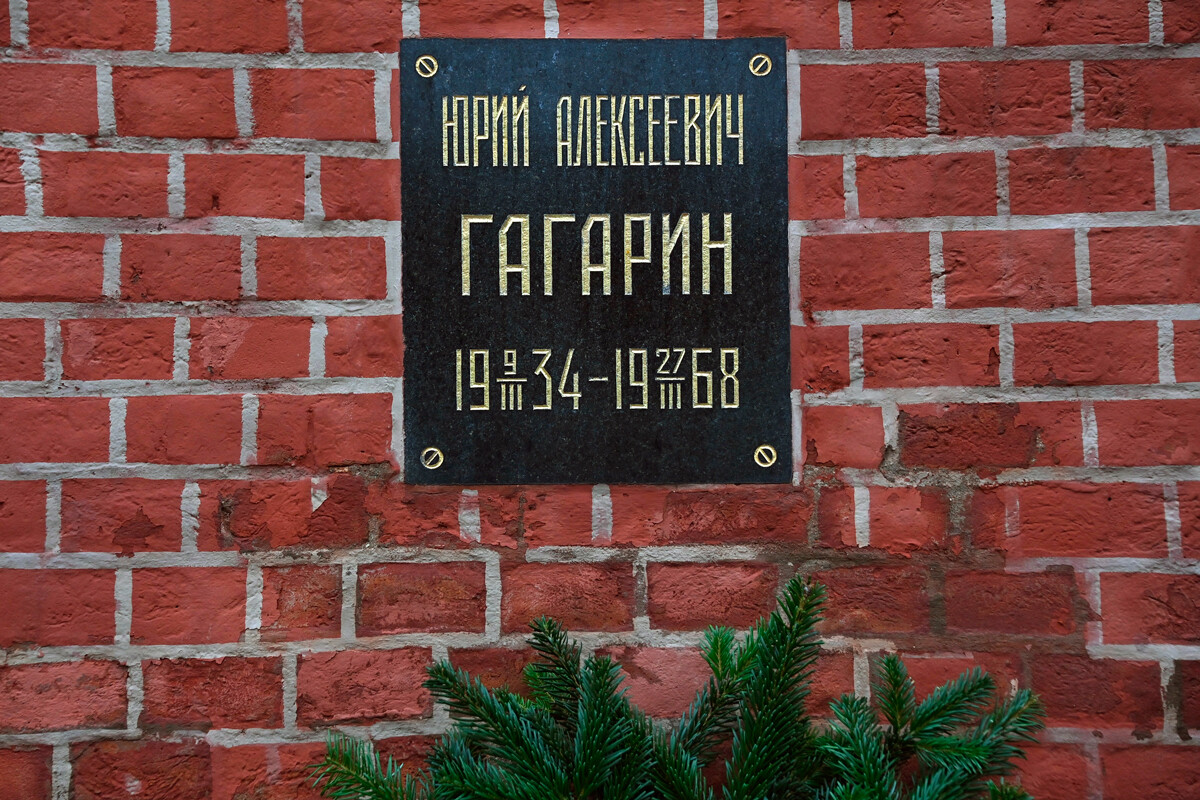 Gagarin’s grave in the kremlin wall

That’s exactly what was done to Gagarin - and the urn with the ashes of the cosmonaut was immured in the kremlin wall, where a whole necropolis of prominent statesmen, communists and military leaders had been already formed at the moment.