7 overrated Russian dishes that everybody is bored of

Russian Kitchen
Anna Sorokina
Legion Media
Can you imagine anything more trivial and less healthy than these things? We can’t! 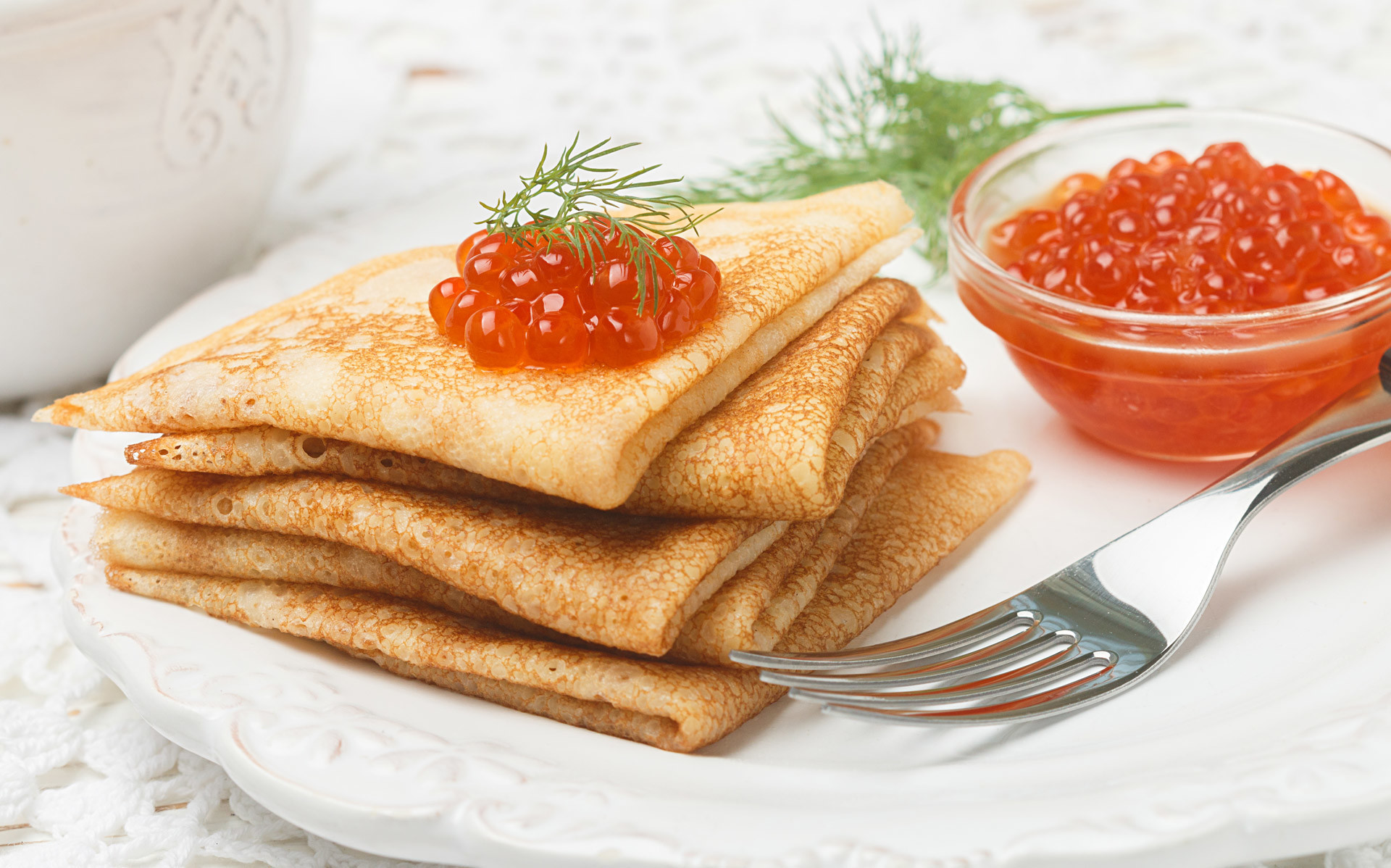 It’s hard to imagine a trip to Russia without eating blini. Russian pancakes are thin, lacy, and soaked in enough butter and fat to help you survive the country’s severe winters. Traditional fillings include red caviar, jam, sour cream, and cottage cheese. But to be honest – blinis are not great for one’s figure. One portion is fine, but when you face an avalanche of pancakes on a Russian table it can be hard to stop eating them. If you know anyone who can stop after eating just one, let us know! 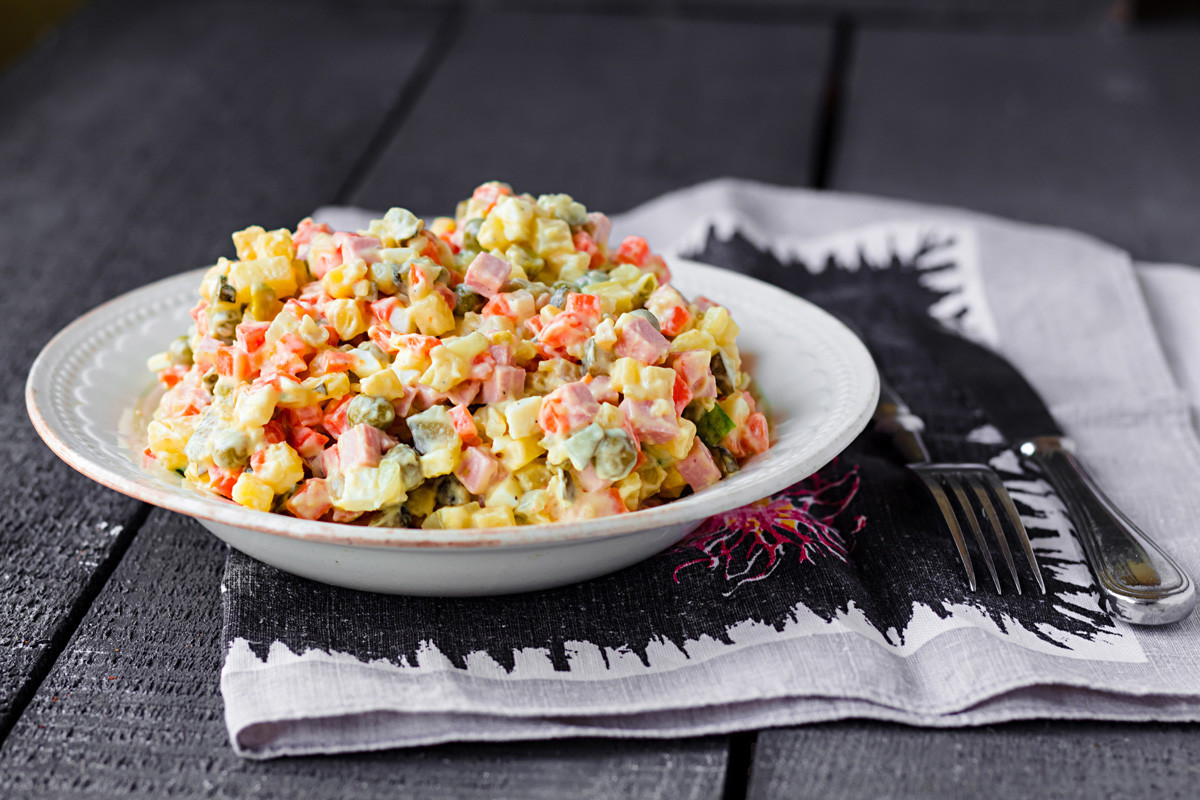 Take boiled potatoes, eggs, sausages, and canned green peas, mix all together and drown in a vat of mayo. This is how you make the most popular salad in Russia, which is the hallmark of any festive celebration. In its original form, the Olivier salad was more elegant and contained tender quail meat in a light delicious sauce. But time spares no one, and this sauce devolved into cheap fatty mayonnaise, while quail was swapped for “Doctor’s sausage.” The Olivier salad became known worldwide as the “Russian” salad. want to try it? 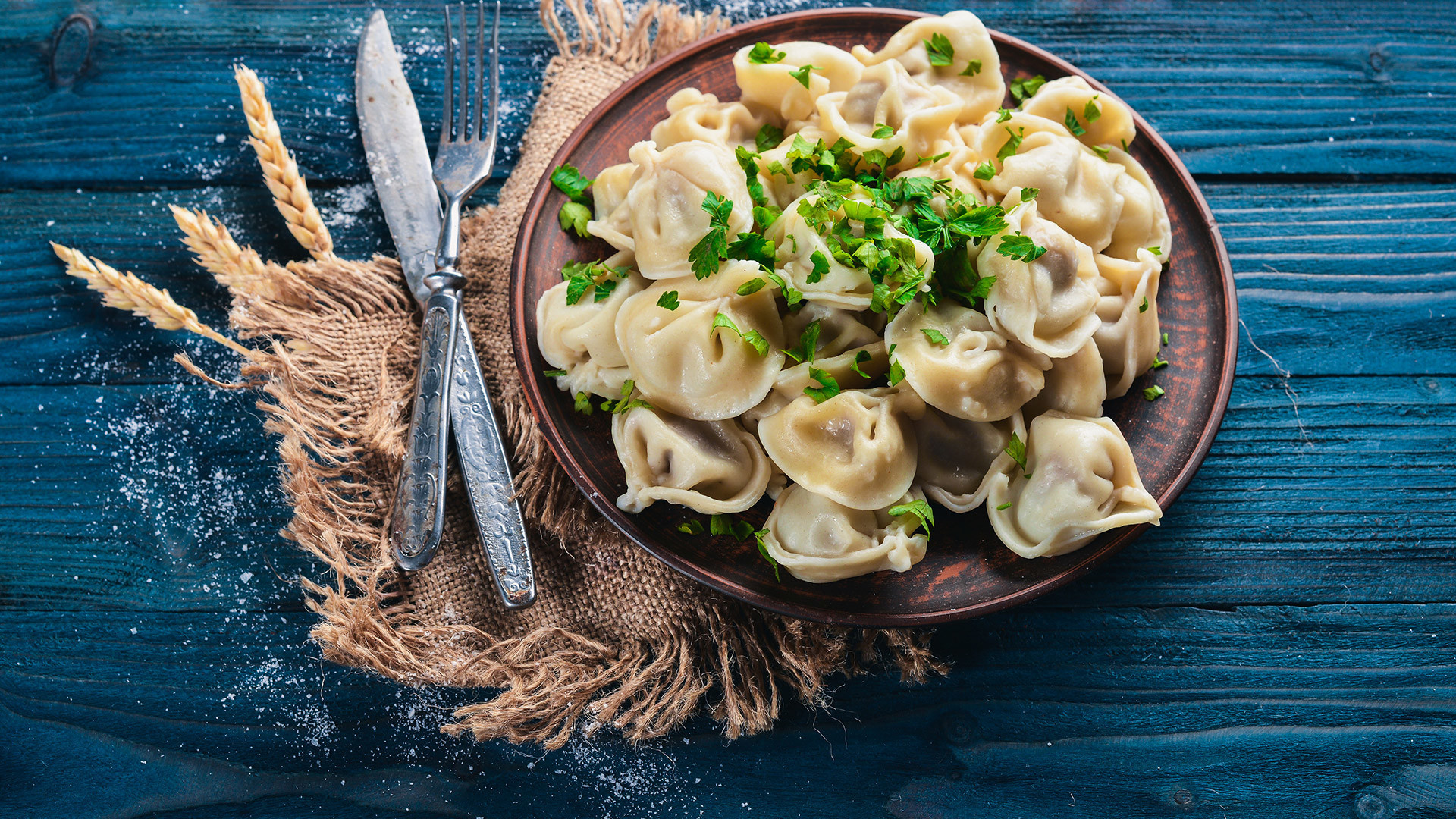 Russian pelmeni, or dumplings, are very tasty. But only if you make them yourself from fresh meat and homemade dough. This traditional Russian dish is now the most popular student/bachelor food – it’s the main meal for busy people. Have no time? Just boil frozen pelmeni. Add mayo. Eat. Some people even fry boiled pelmeni – no, it’s not a joke! 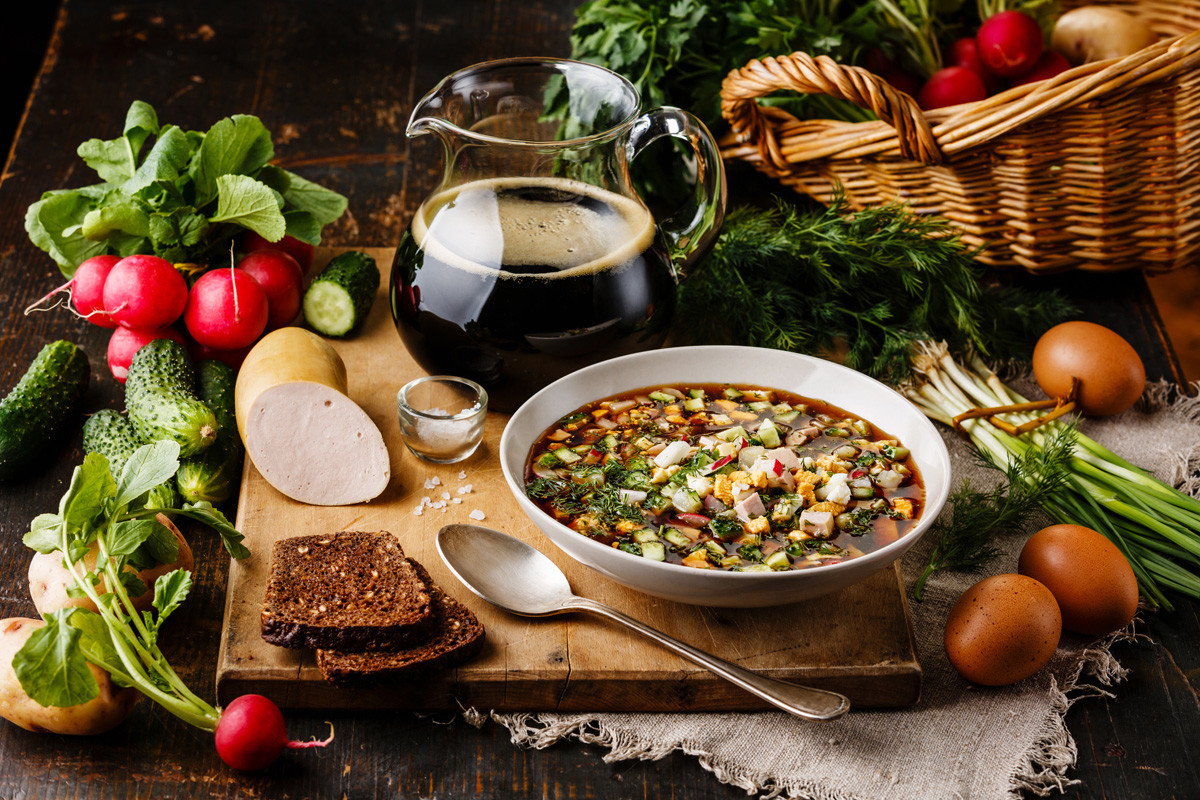 Only a few foreigners admit to loving this cold summer soup – and we understand why. If you have never heard about this dish, here’s the recipe: take the same ingredients as for the Russian salad its modern version) and pour kvass over them, Russian soda made of rye bread, or kefir, a very mildly alcoholic fermented dairy drink. Despite the recipe, this soup is very popular in Russia and you’ll find it everywhere in the summer, from local markets to restaurants. 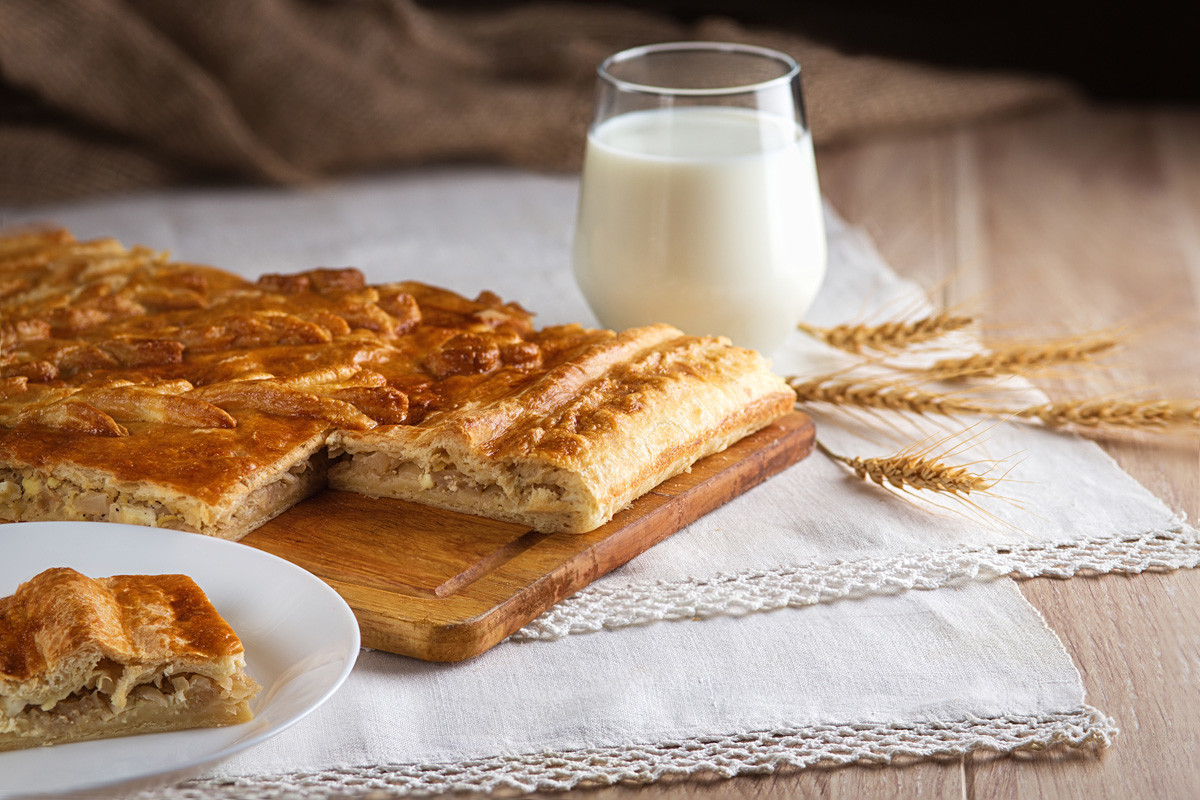 Yes, this traditional Russian pastry is very, very tasty. Butter dough stuffed with fish, eggs, greenery, or berries served with broad Russian soul… you’ll find yourself at a Russian party confronted by a pile of pies and you won’t be able to stop eating The sad news: the avalanche of baking won’t make you happy the next morning. 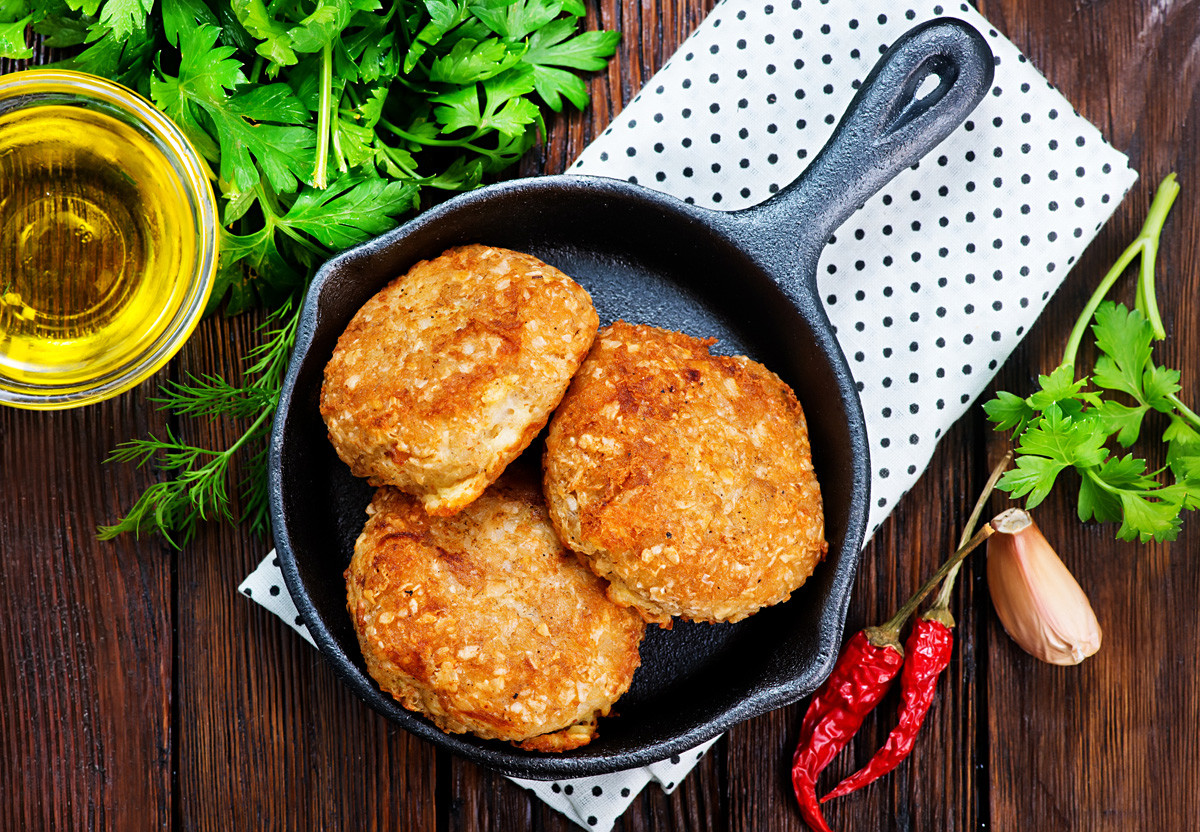 Soviet canteens, chefs added to cutlets to pad out the meat – today this seems weird. But for this traditional Russian recipe, the bread is not only INSIDE a but also OUTSIDE. Can you imagine? Yes, it’s a chicken cutlet with bread, wrapped in . 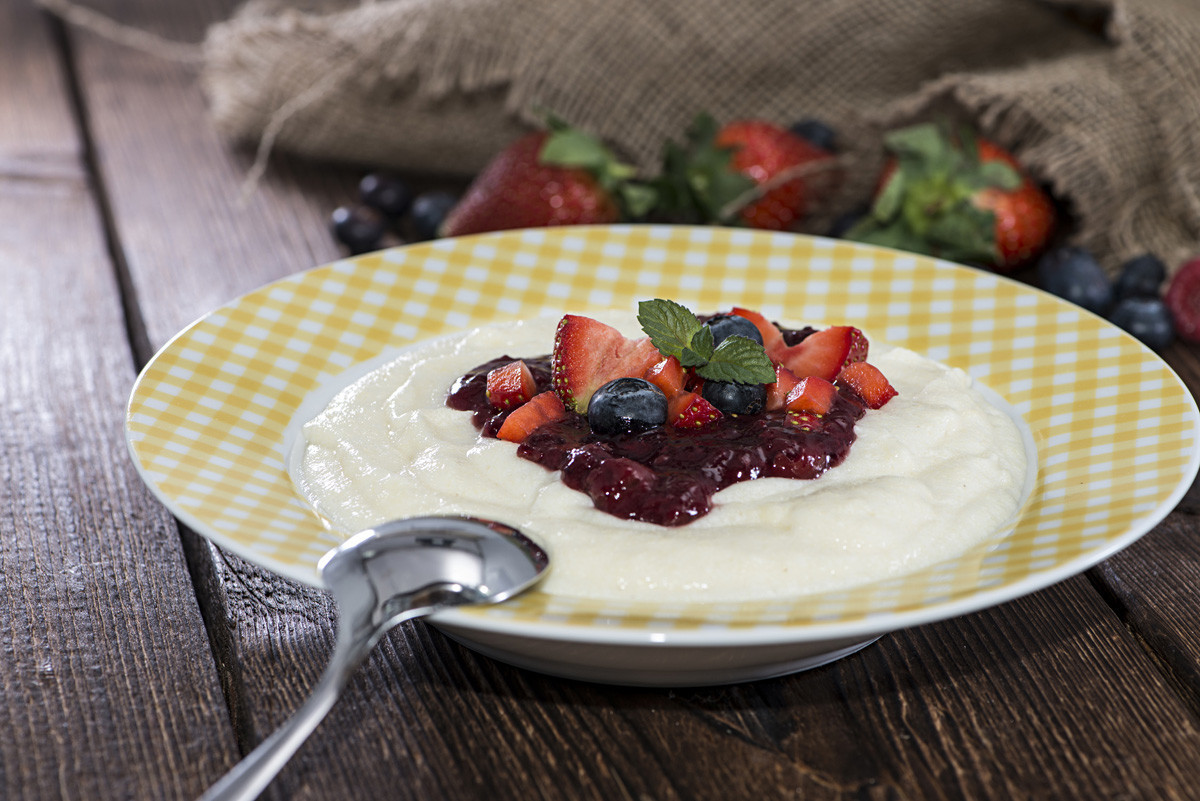 Semolina is a by-product of production. In Soviet times, the cheap and fast-cooked semolina became the top ingredient for kids’ breakfasts: it was used as the base for casseroles, puddings, syrniki, and popular porridges. Semolina consists of starch, and it’s often used as a grain substitute. And due to the high amount of starch, it’s not healthy to eat semolina every day. However, some doctors recommend eating semolina porridge after surgical treatments because it’s easier to digest.