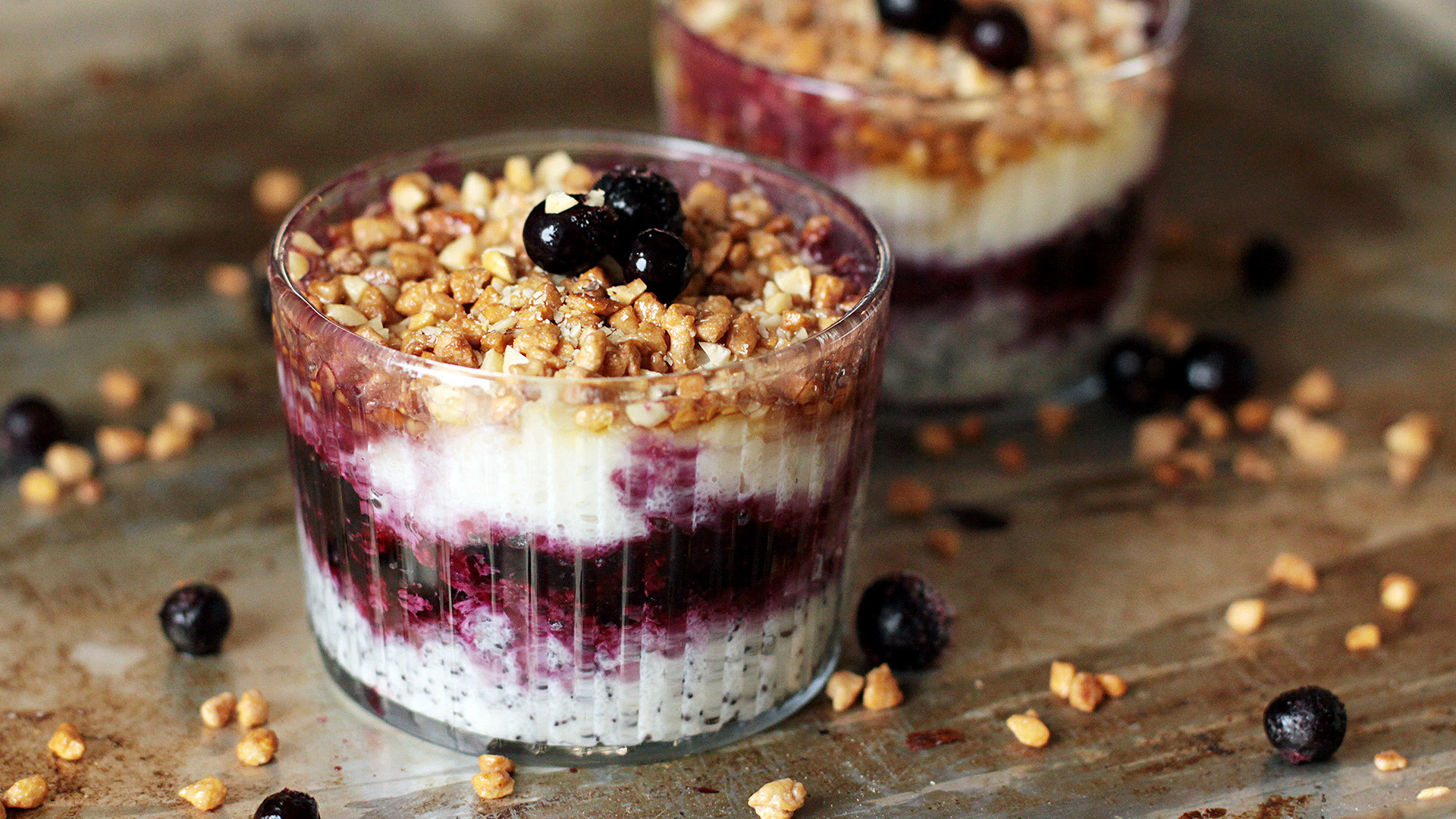 Victoria Drey
Learn how to prepare a guilty pleasure from simple semolina porridge.

I’ve always associated porridge with a healthy breakfast routine, but not with a show-stopping dessert. ‘Guryev porridge’ breaks all the rules: the unique combination of semolina, nuts, berries and caramel-flavored milk skins will turn a simple porridge into a scrumptious sweet dish that you can serve every day or on a festive table.

Guryev porridge is said to have been created in the 19th century by Zakhar Kuzmin – a serf cook of Finance Minister Dmitry Guryev. The dish was very popular and became a favorite dessert of Emperor Alexander III. There is a legend that the Emperor’s family was eating Guryev porridge in the dining car at the moment of their devastating train crash in 1888.

The unique aspect of this delicious layered dessert is that it is made with semolina porridge – a deceptively simple but simultaneously complicated porridge, a feature that differentiates it from all other traditional Russian porridges. The problem is that semolina can form into lumps during cooking, and kids usually can’t stand this. However, I honestly love this porridge: it takes just a few minutes to cook and has a very tender and creamy consistency. Moreover, when you learn how to prevent the semolina lumps from forming, this porridge becomes a true culinary masterpiece.

Another signature ingredient in Guryev porridge is baked milk “skins”. Even though it sounds not particularly tasty, these skins are sweet and delicious, giving the porridge its signature caramelly taste that distinguishes it from other desserts.

1. Start with the most complicated step – making the milk skins. Pour half of the milk into a pan or any baking dish with a wide surface. Put it in the oven and bake at 200°C until you notice the golden-brown “skin” on the surface. Take the dish out of the oven and remove the skins with a slotted spoon. 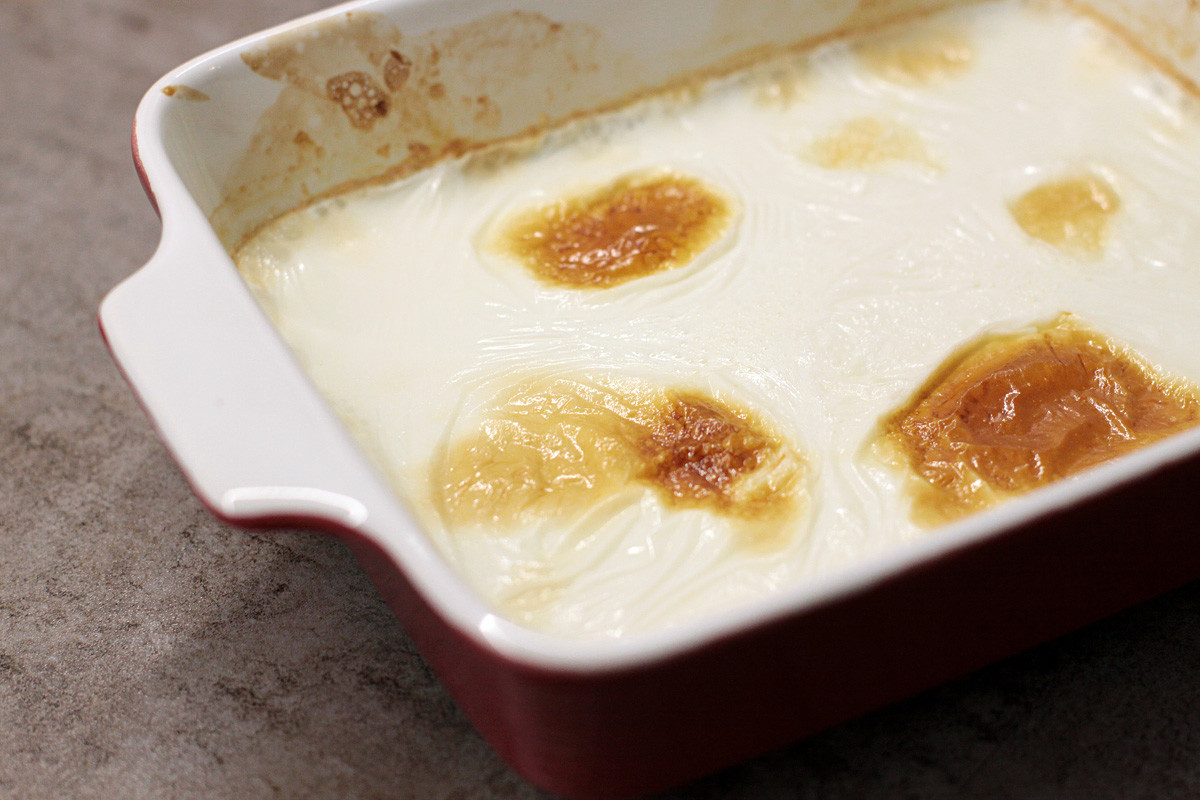 2. Place the dish back in the oven and repeat the process until you run out of  milk and have enough caramelly milk skins to put in your porridge. 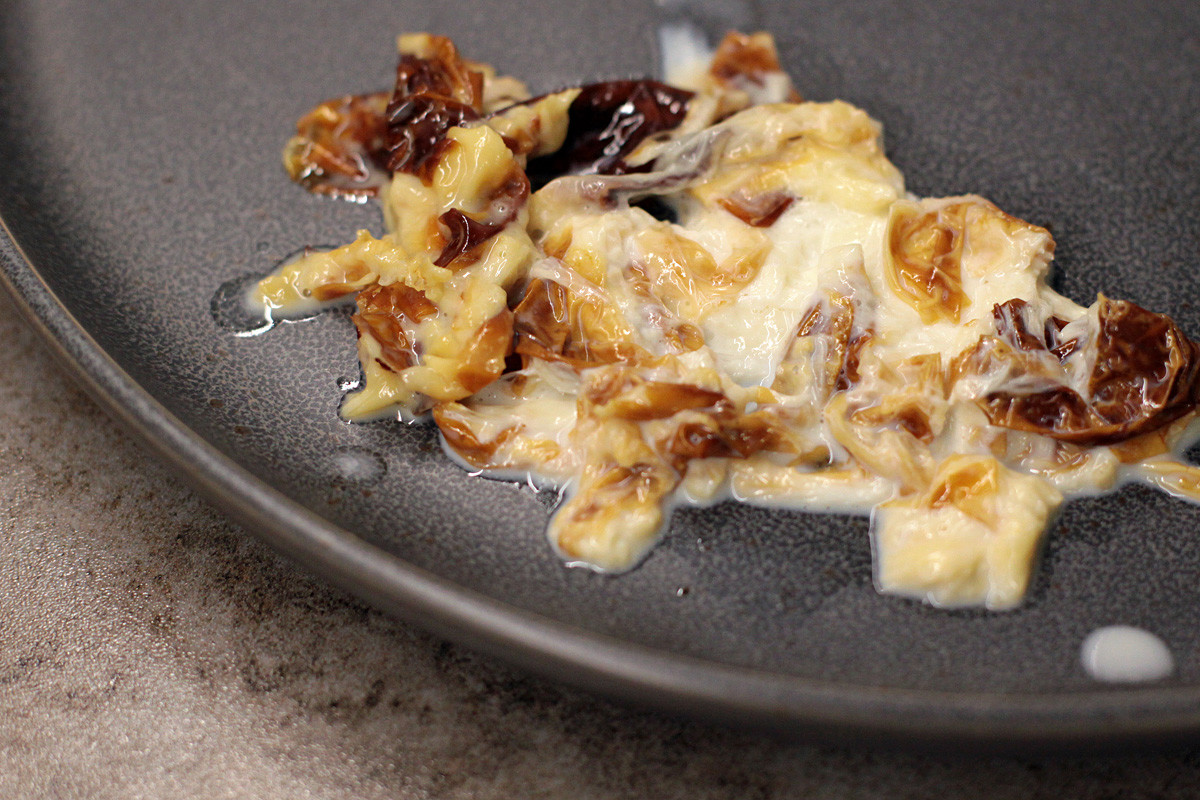 3. Next, make basic semolina porridge: pour the remaining half of milk into a pan, add semolina, sugar, vanilla sugar and salt. Bring the porridge to a slight boil, constantly whisking it – this way you easily avoid unwanted semolina lumps. After some minutes you’ll notice how the mixture gets thicker and thicker. Remove the ready porridge from the heat, add half of the butter and separate the porridge into two equal parts. Add poppy seeds in one half, mix properly and set both parts of the porridge aside. 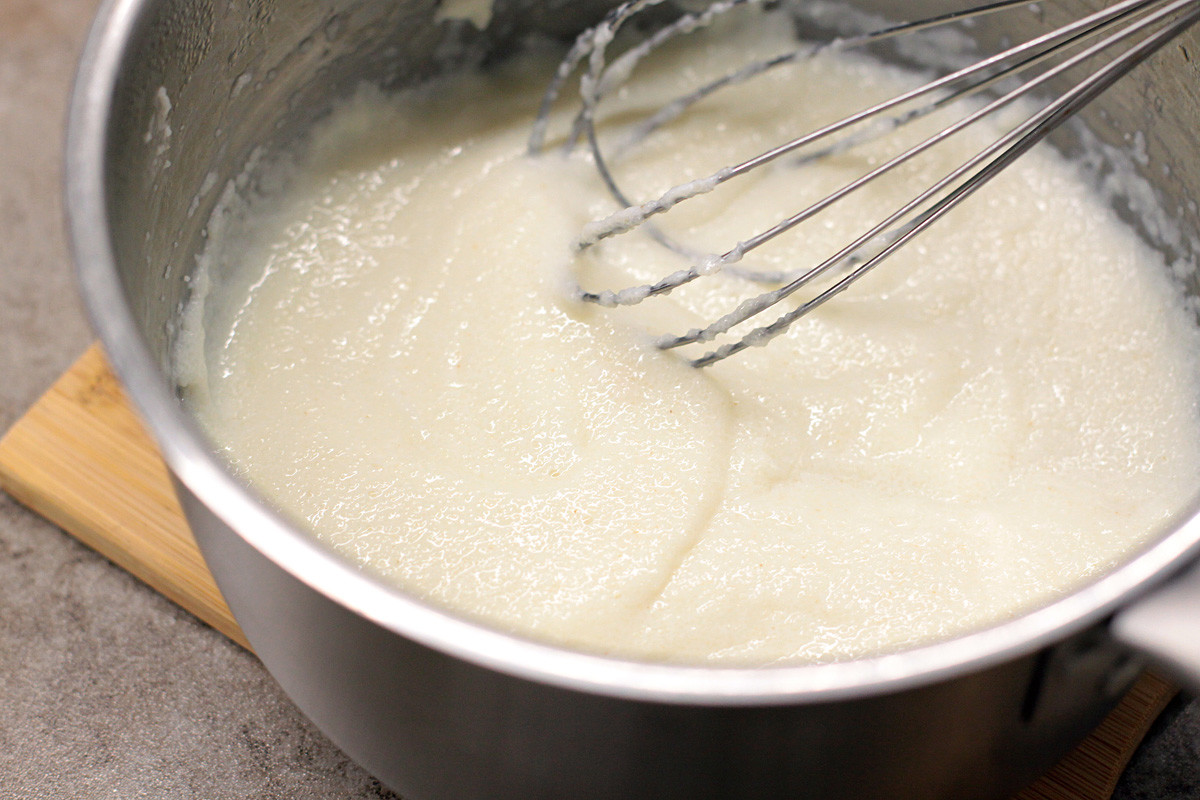 4. To make blackcurrant jam just take frozen blackcurrant, add a couple tablespoons of sugar and bring it to a slight boil. Stew for 5 minutes and cool completely. You can use not only blackcurrant but any berries to your liking. 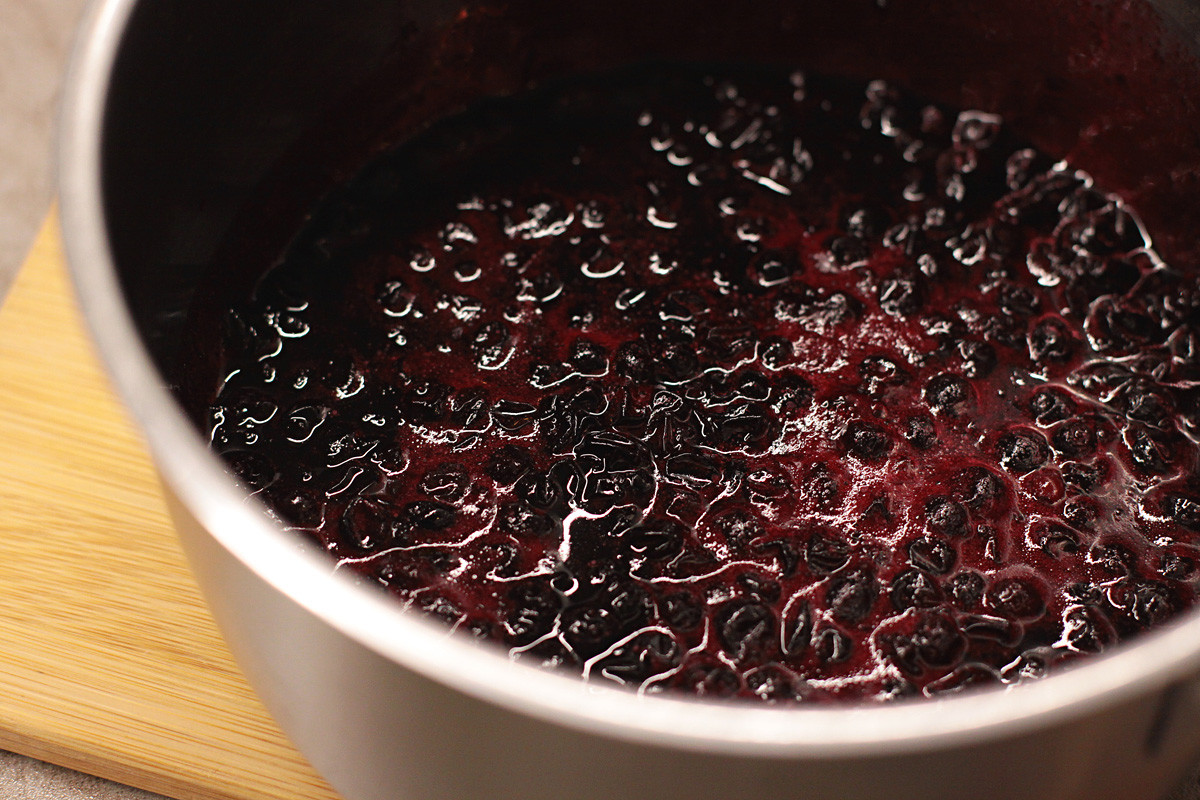 5. Now layer the dessert: put the first layer of poppy seed porridge, then milk skins, cover it with a tablespoon of berry jam, add some chopped dried fruits such as raisins or any berries, and sprinkle with milled nuts – here I use hazelnuts. 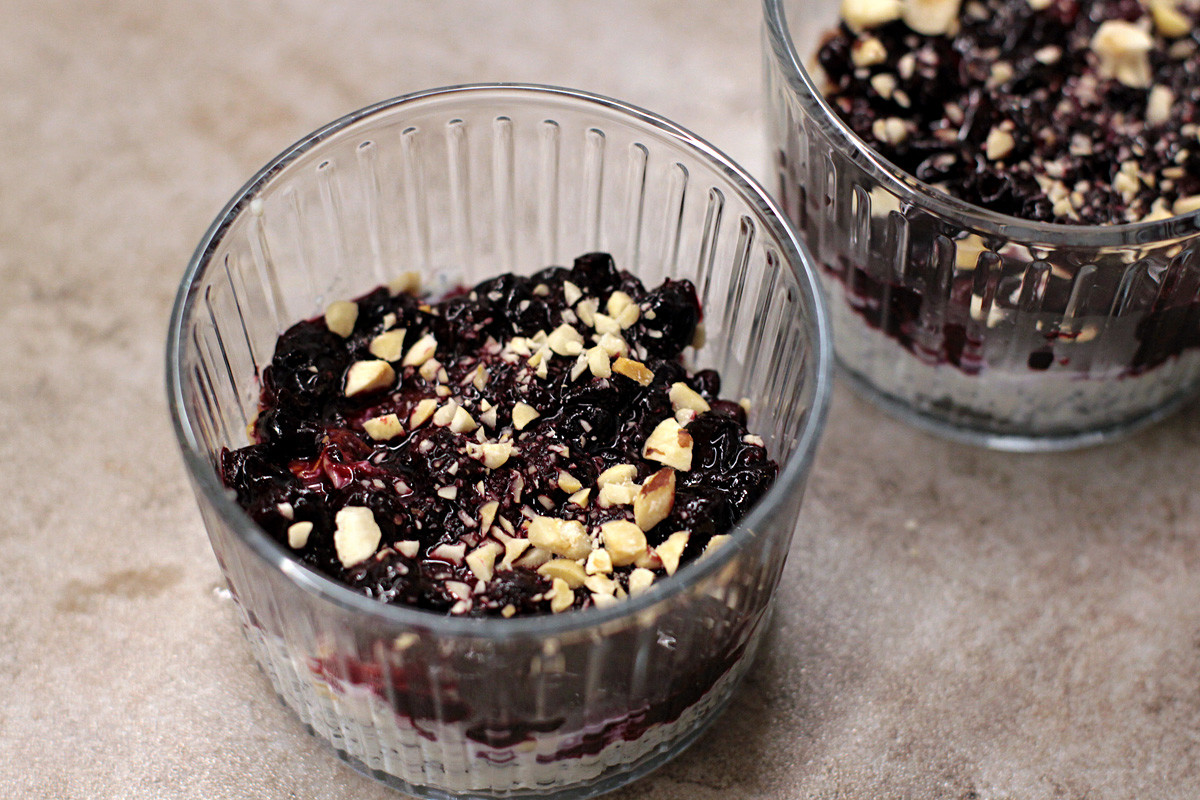 6. Then add another layer of vanilla porridge, a couple of small pieces of butter and finish with more chopped nuts and a spoon of honey. 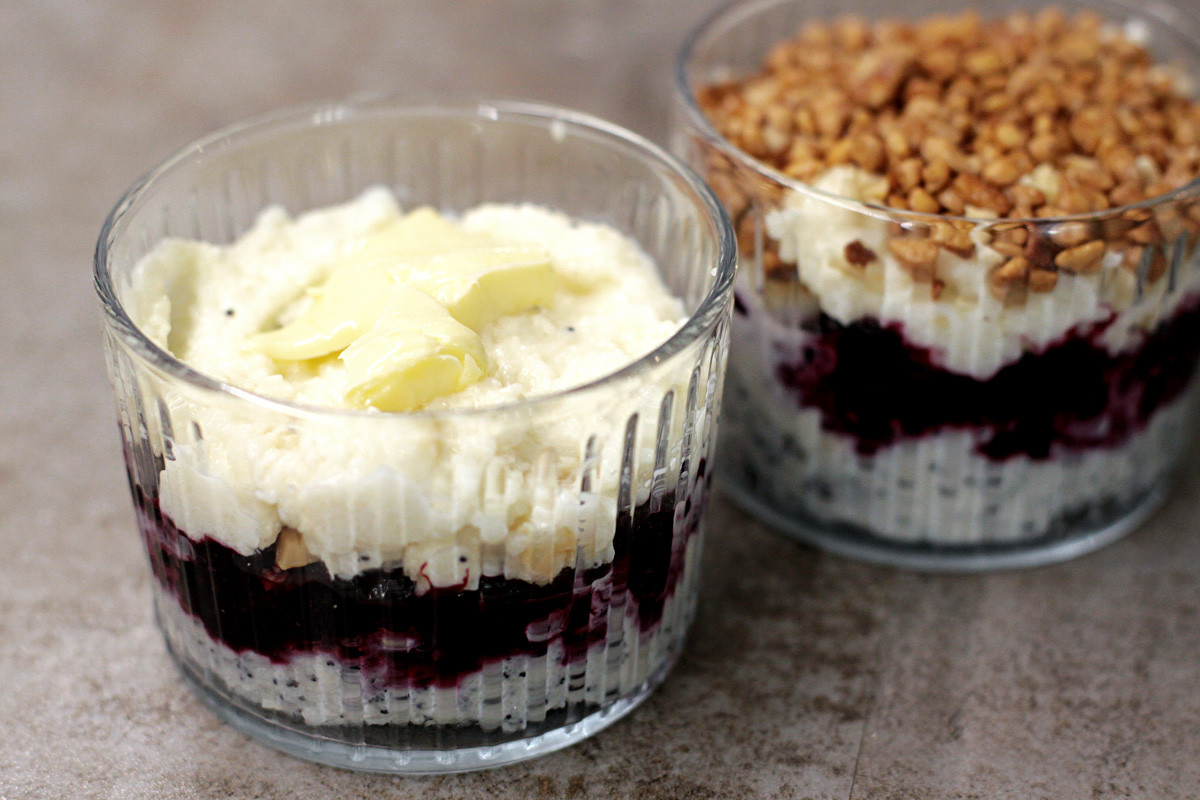 7. Bake Guryev porridge at 180°C for about 20-25 minutes and serve warm. Priyatnogo appetita! 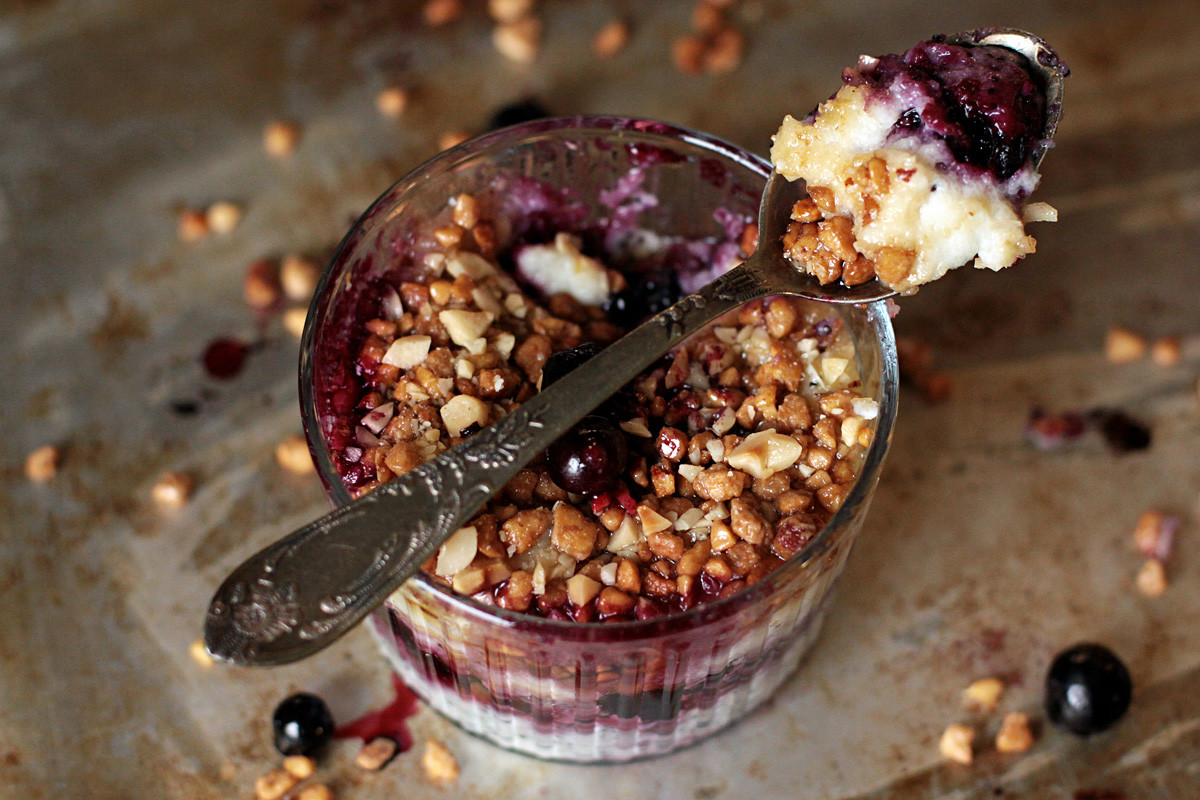 Read more: 7 types of Russian porridge to kickstart your day