The phenomenon of BUTTERBROT in Russia 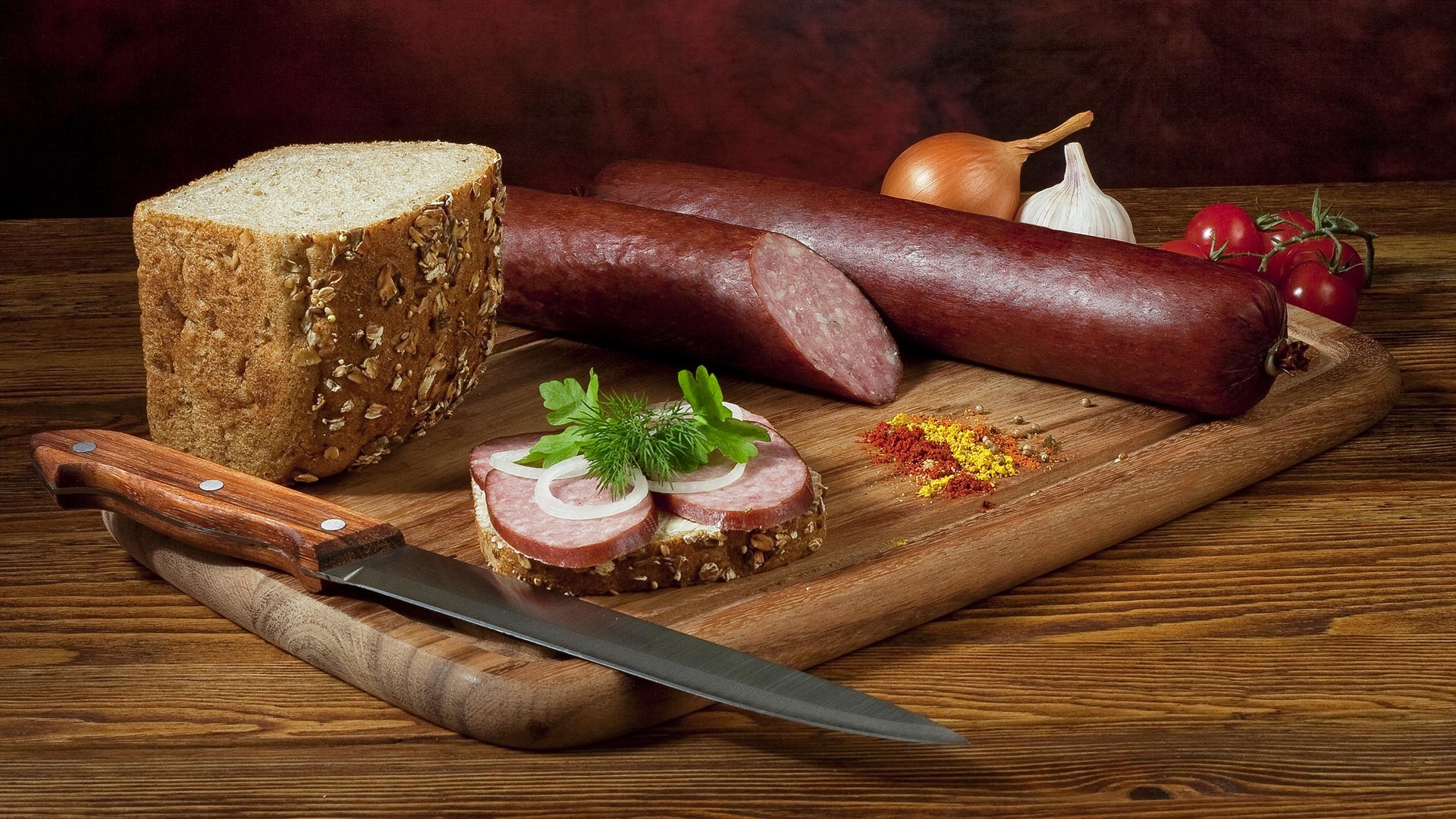 Legion Media
Russians make their own, very special sandwiches that have nothing in common with any snacks in other countries. Moreover, there’s even an entire special Russian 'butterbrot' culture.

Sandwich, burger, panini, bruschetta, croque monsieur, smørrebrød… it seems all the national cuisines have their own version of bread served with a variety of fillings and/or toppings. Russians have their own - his majesty, ‘King Butterbrot’. 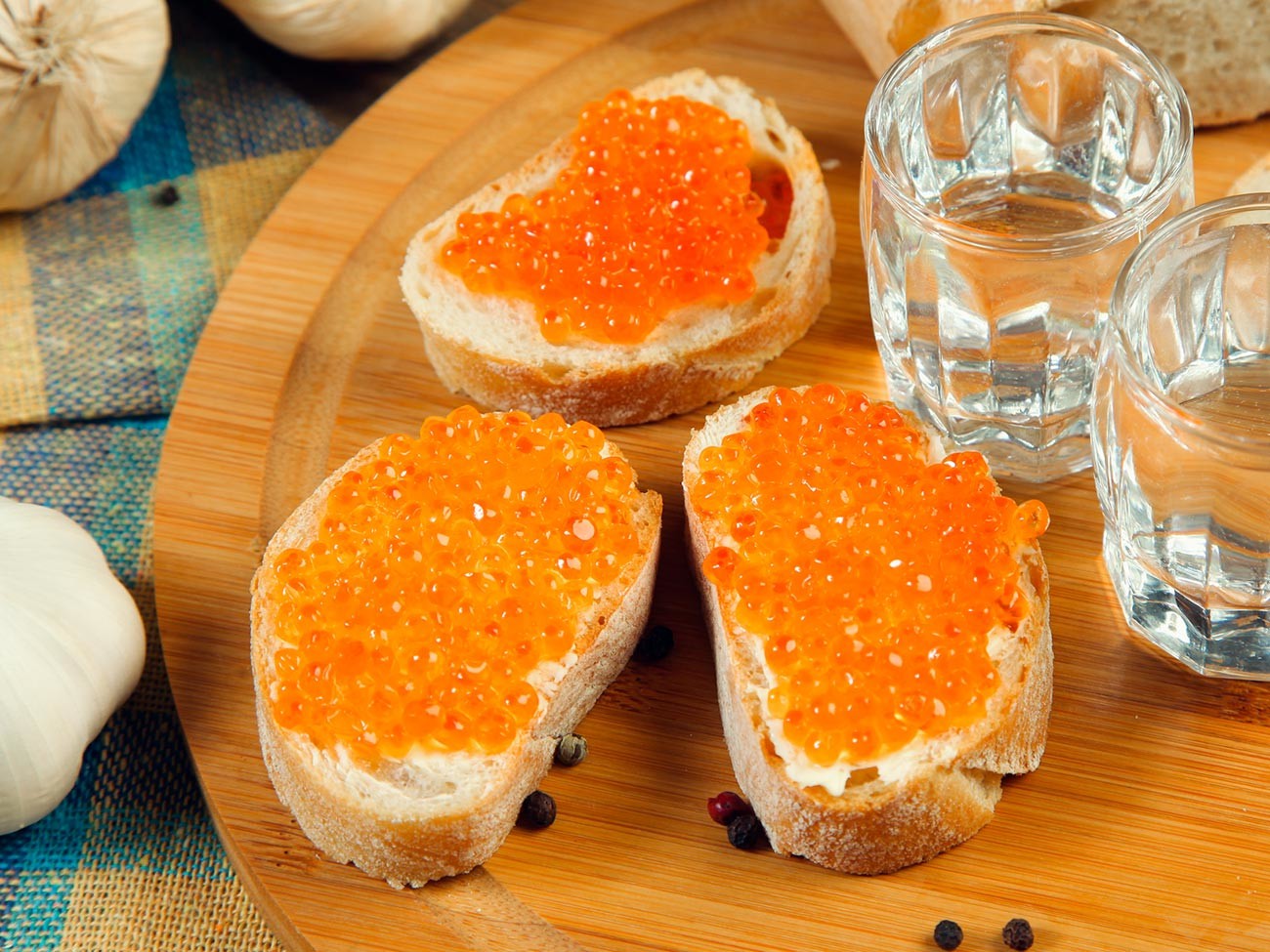 Russians eat it for both breakfast, lunch and dinner, as a snack and as a feast dish. They give it to kids for school and at the same time scold those who eat only butterbrots since it’s ‘dry’ food!  This is the story of love and hate, and all in a small piece of bread with toppings.

How did it come about that Russians have a traditional dish with the German name? This interesting question requires some historical context.

Russians have always been a ‘bread nation’ due to giant amounts of wheat, and we’ve always baked a lot of bread. Each meal has always been eaten with bread, and a widespread proverb says: “Bread is the staff of life”. Also, a big slice of bread could be a snack to go a long way, or a lunch. 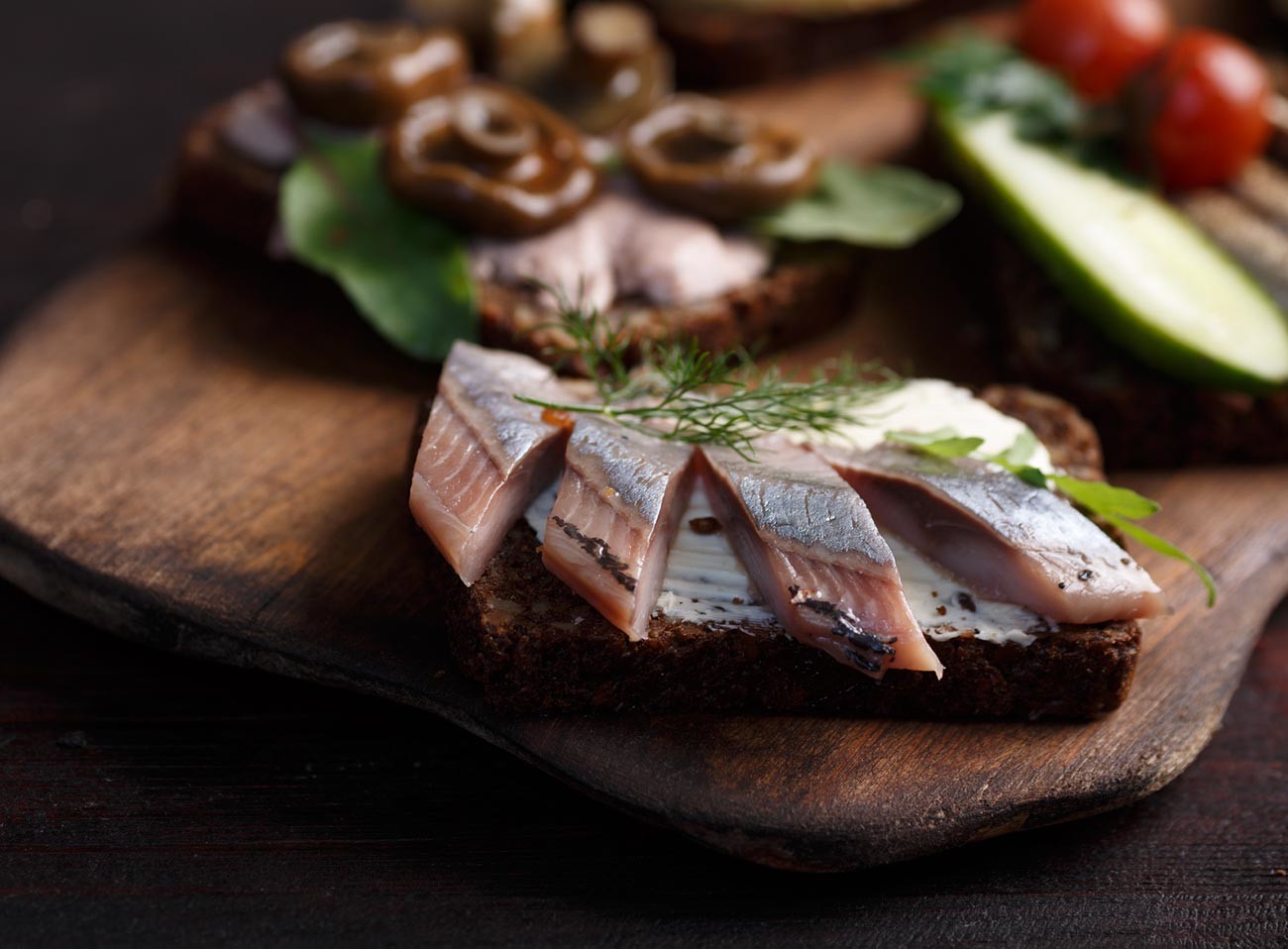 Since the time of Peter the Great, when a lot of things German came to Russia (read more about it here), the culture of putting something on bread appeared. Rich houses started serving slices of bread and a plate of toppings: baked ham, smoked salmon, caviar. Usually, these snacks worked as starters and welcomed guests from the frost with a shot of strong drinks.

When the word 'butterbrot' appeared in Russia

A crucial turn in butterbrot’s history in Russia happened in the end of the 19th century, and is actually devoted to butter. That was the time when it became widespread and popular in Russia. 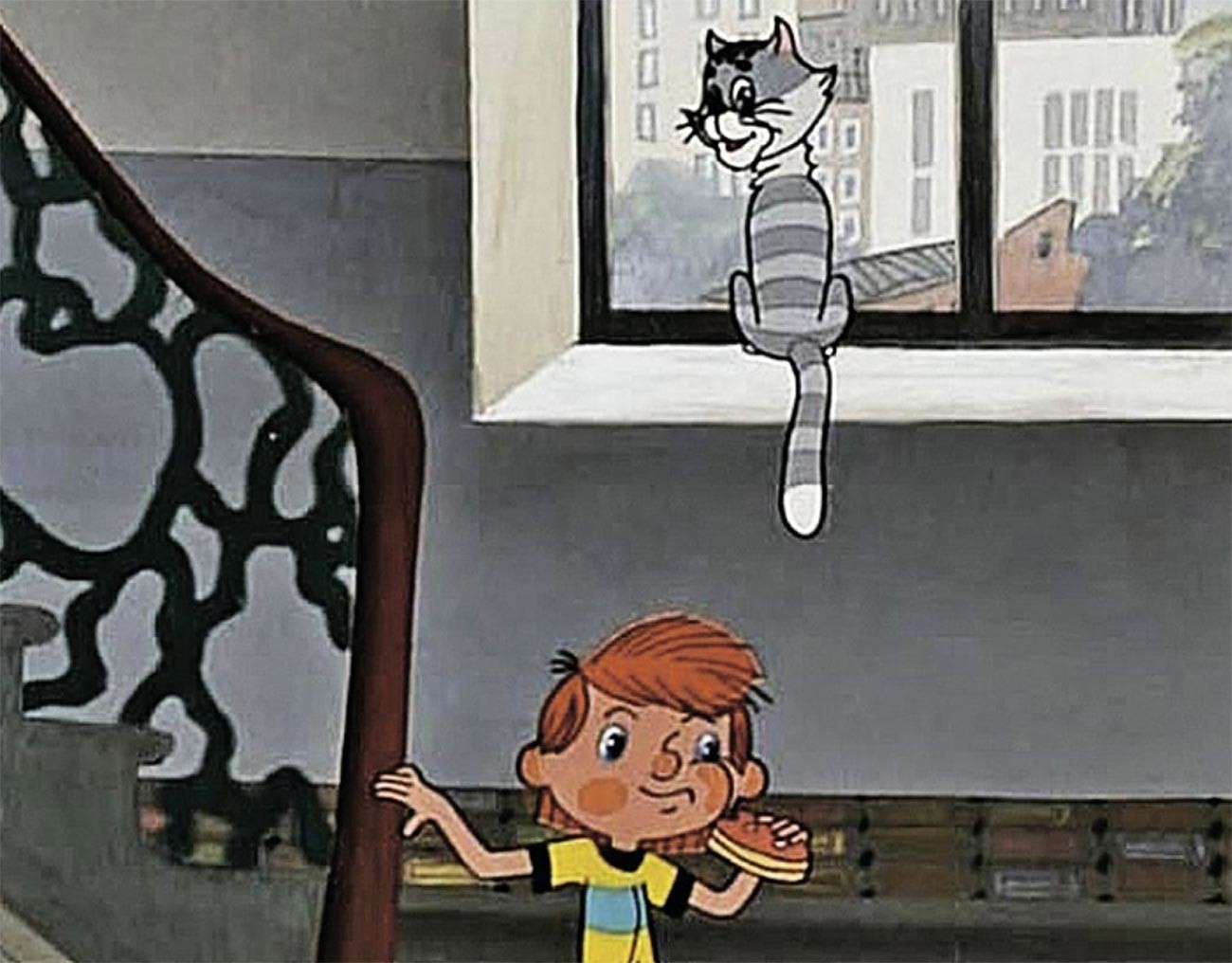 Characters of the popular Soviet animation 'Three from Prostokvashino' argue what would be more tasty: putting the sausage above the bread, or under it, closer to the tongue, when biting into the 'butterbrot'.

Beforehand, Russians produced only ‘clarified butter’ which was made from milk baked in the oven... (read about this Russian phenomenon here). It was mainly added into porridge, or used for cooking. Usual butter was imported in the Russian Empire from Finland, and was not for wider consumption. And, in the late 19th century Russians started producing their own butter - the first factory appeared in Vologda (and Vologda butter is still a renowned brand).

Actually, it was during the Soviet era when this nutritious and tasty snack became a widespread cultural phenomenon. The Soviets did everything to make life easy for housewives, and so, this snack that did not require any time for cooking became common at breakfast, for lunch-to-go and even as an evening tea supplement. 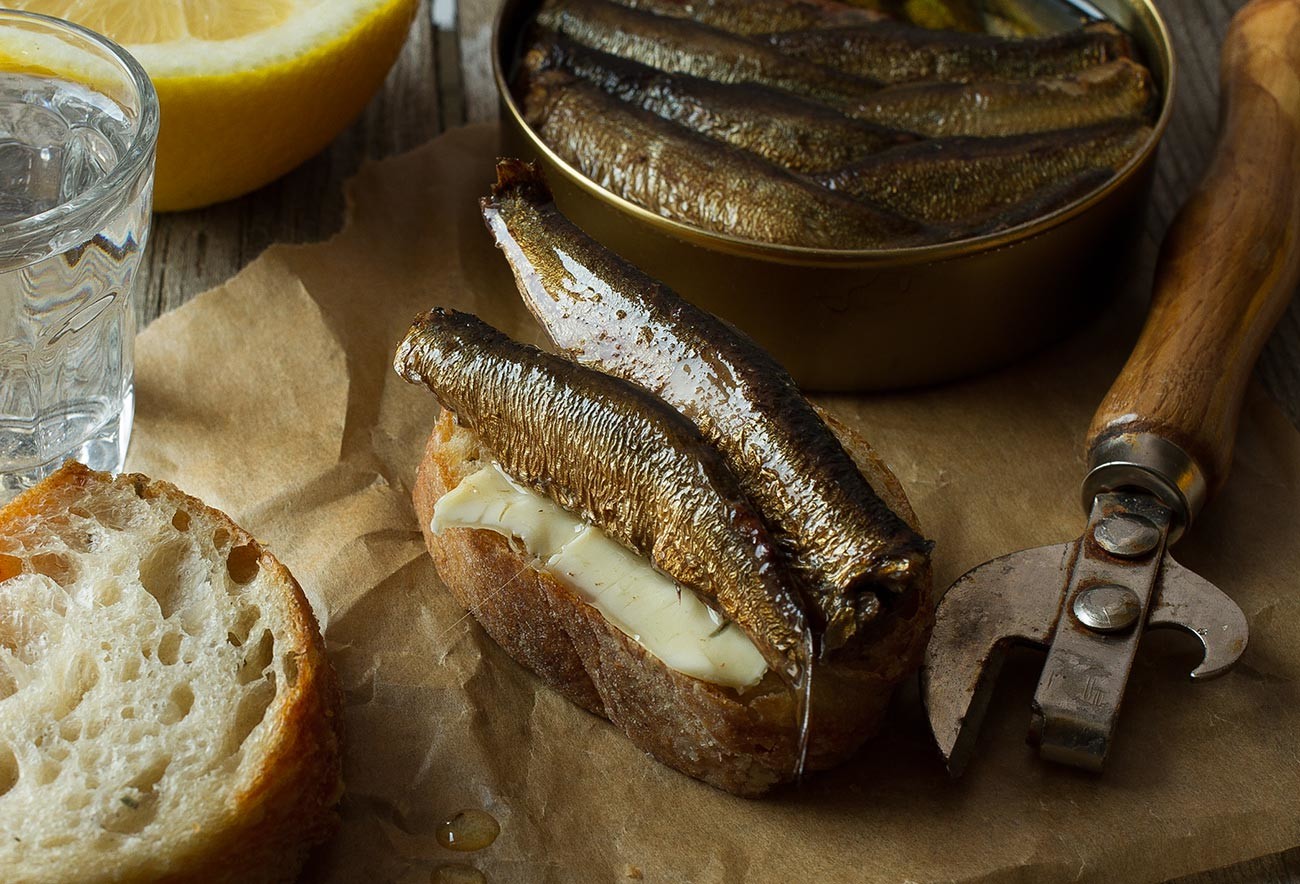 Just imagine, when your work day at the factory starts at 6 a.m. The only thing you’ll manage to grab for breakfast is a piece of bread and a slice of cheese or ham (even without butter). Or if you don’t have time for lunch, an easy and fast snack is again a butterbrot. Finally, imagine a chilly weekend when you’re too lazy to cook but want to drink some tea… a slice of bread and a spoon of jam made from your countryside plums, apples or black currants… Yummy! 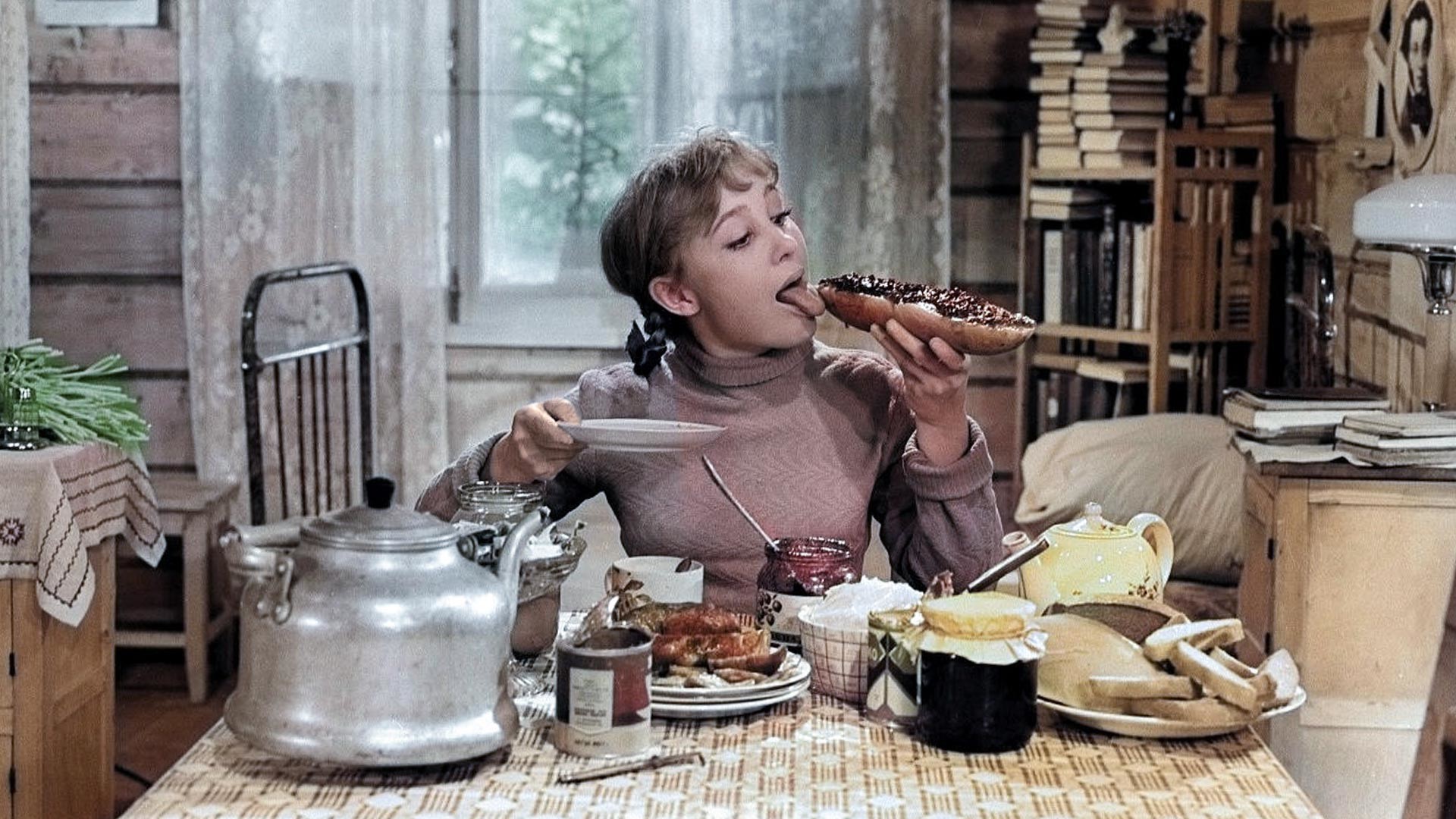 A still from the popular Soviet movie, ‘The Girls’

The Soviet Union had mostly two types of bread: white loaf and ‘black’ bread. White was universal and suitable for all kinds of toppings; while black was usually eaten with ham, sausage or fish.

Interestingly, Soviet people didn’t eat cheese with anything else except on a butterbrot. (Ok, they also added it to macaroni or in other meals, and cooked it). But having a piece of cheese with a glass of wine - that was just not done in the Soviet Union! And there were not many types of cheese; no parmesan or mozzarella, not to speak of the other fine cheeses. 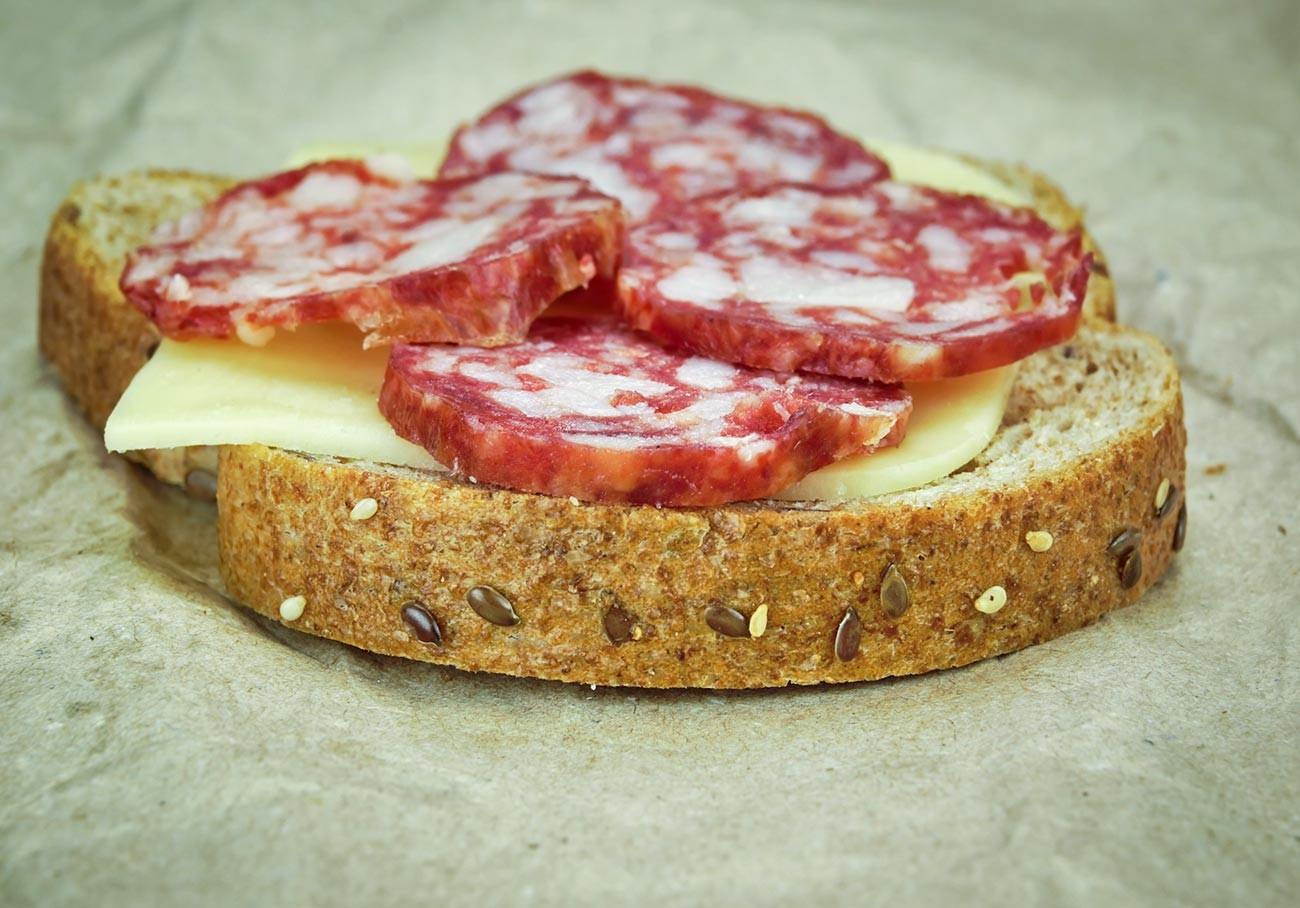 The main Soviet and contemporary Russian butterbrot for holidays, especially New Year’s, is bread, butter and caviar. Another ‘fancy’ idea is to top the butterbrot with smoked sturgeon or salted salmon, as well as with a piece of lemon! 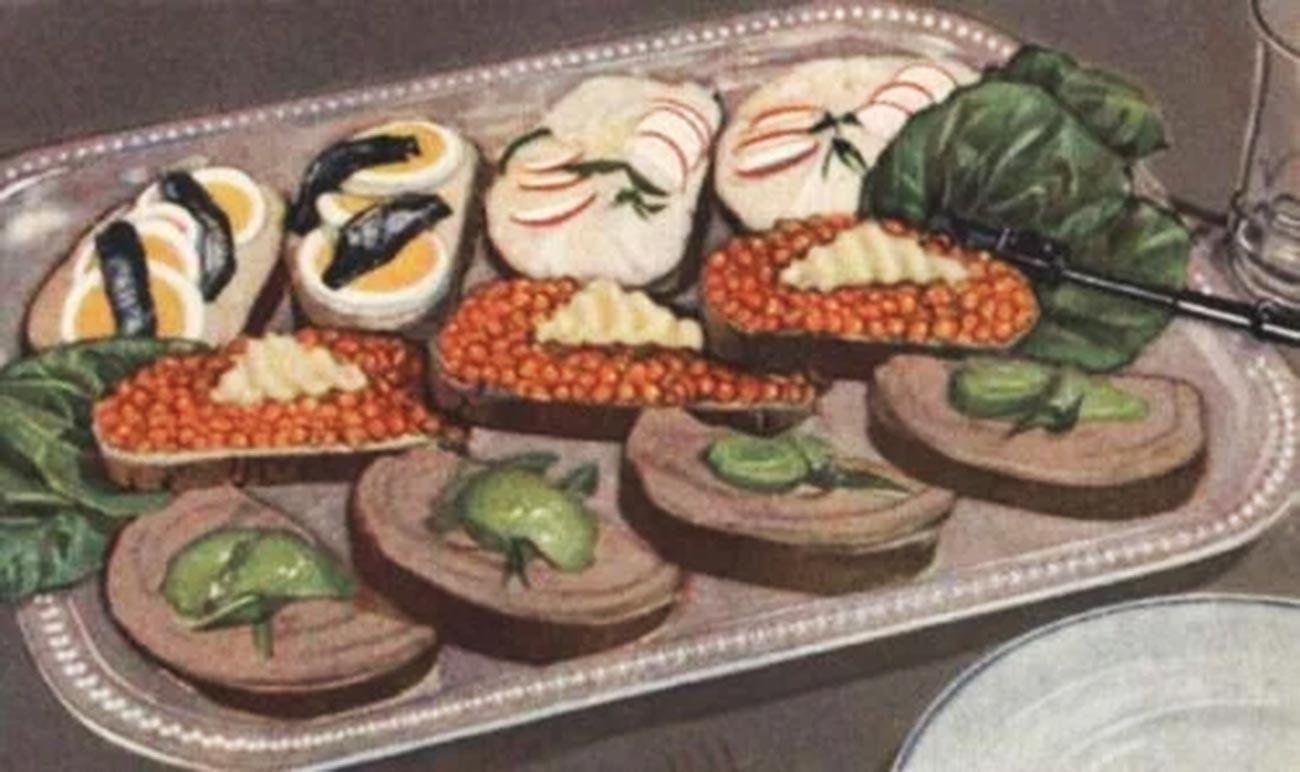 Since Soviet times, butterbrots have also been served in all canteens and theater buffets. The toppings range from the very cheap cheese, to smoked sausage or ham, as well as expensive caviar or fish butterbrots.  A night out at the theater is a reason to treat yourself to delicacy such as that.