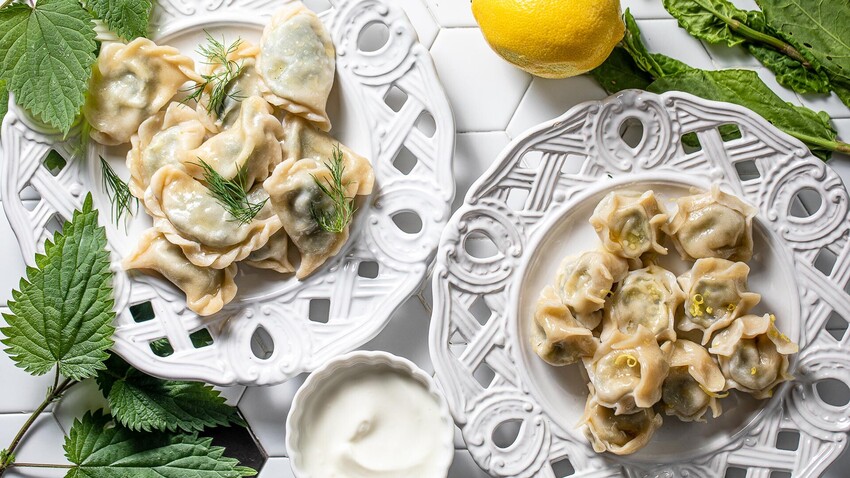 Try two recipes for dumplings, sweet and savory, from one piece of dough.

Yulia Mulino
If you like ravioli with ricotta and spinach, then you should also like this version of a similar dish, vareniki or dumplings with cottage cheese and nettle and a sweet version with sorrel.

In the month of May, there still are not many local vegetables in the middle of Russia. Plants that are considered weeds are often used to replenish the vitamin supply after winter. Savvy Russian grandmothers make not only the first hot dishes from them, but also vareniki (dumplings). The usual stuffing for them is cottage cheese or potatoes, but, in spring and early summer, they also add the first greens grown in the garden, such as dandelions, nettles and sorrel.

Since ancient times, nettle has been considered a medicinal plant, which was called the ‘queen’ in Russia (Check out five wild herbs Russians use for cooking). It is rich in vitamins and minerals, such as vitamin C, carotene, iron, magnesium and potassium. It is good for our digestive system. Nettles are also rich in protein, that’s why it has been harvested and dried for brewing infusions for centuries.

To avoid being burned by nettle leaves, people wear gloves when gathering nettles. It is best to do this from April to June, when nettles are at their most useful. It is necessary to pluck the top young leaves. Nettles should be scalded with boiling water to avoid stinging.

Unlike nettles, sorrel is only relatively recently used as a food in Russia. This tradition was brought by foreigners in the 17th century and, at first, caused mistrust among the Russian people.

Now, it is a traditional summer ingredient for salads, soups and pies. My grandmother used to make fried dumplings with a sweet sorrel filling.

When making cottage cheese and nettle dumplings, I decided to mix some of the cottage cheese with sorrel and make a sweet version of the dish. To offset the sour taste of the sorrel, I added lemon zest to the filling. Now, it’s your turn to enjoy this healthy dish! 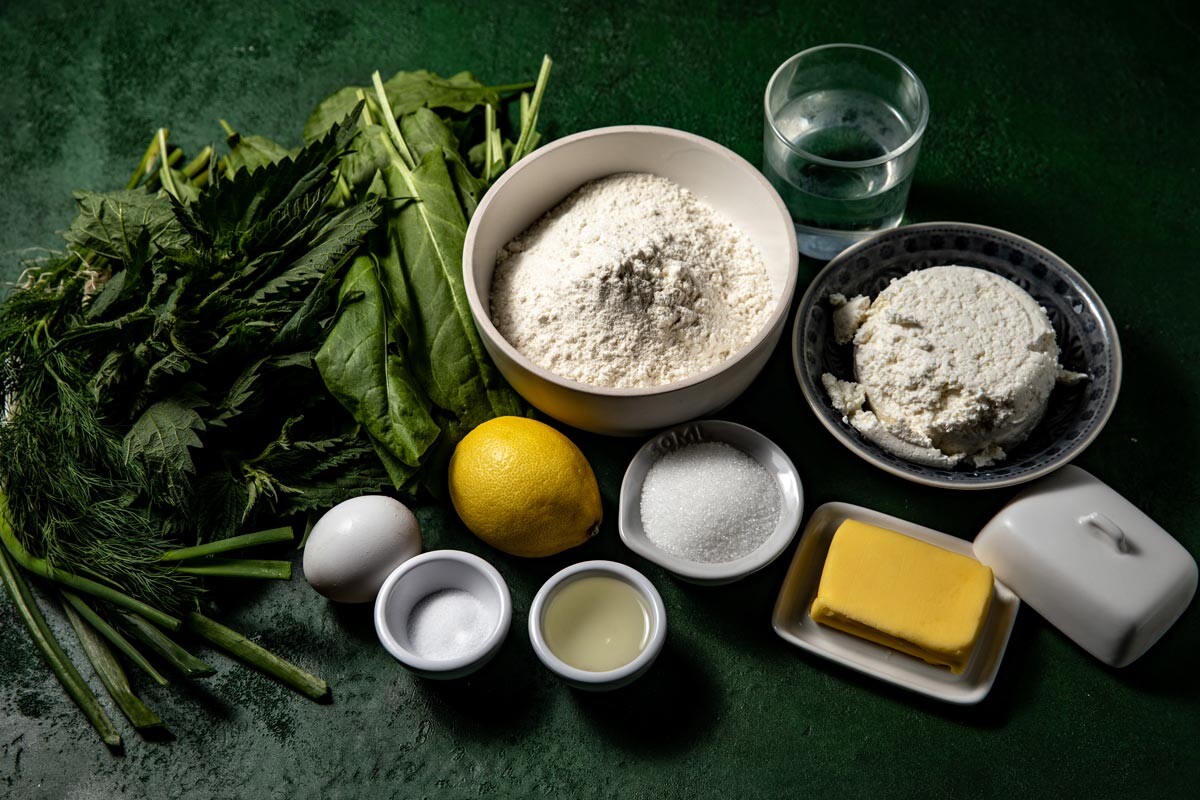 1. Place the ingredients for the dough in the bowl of a mixer and mix until homogeneous. 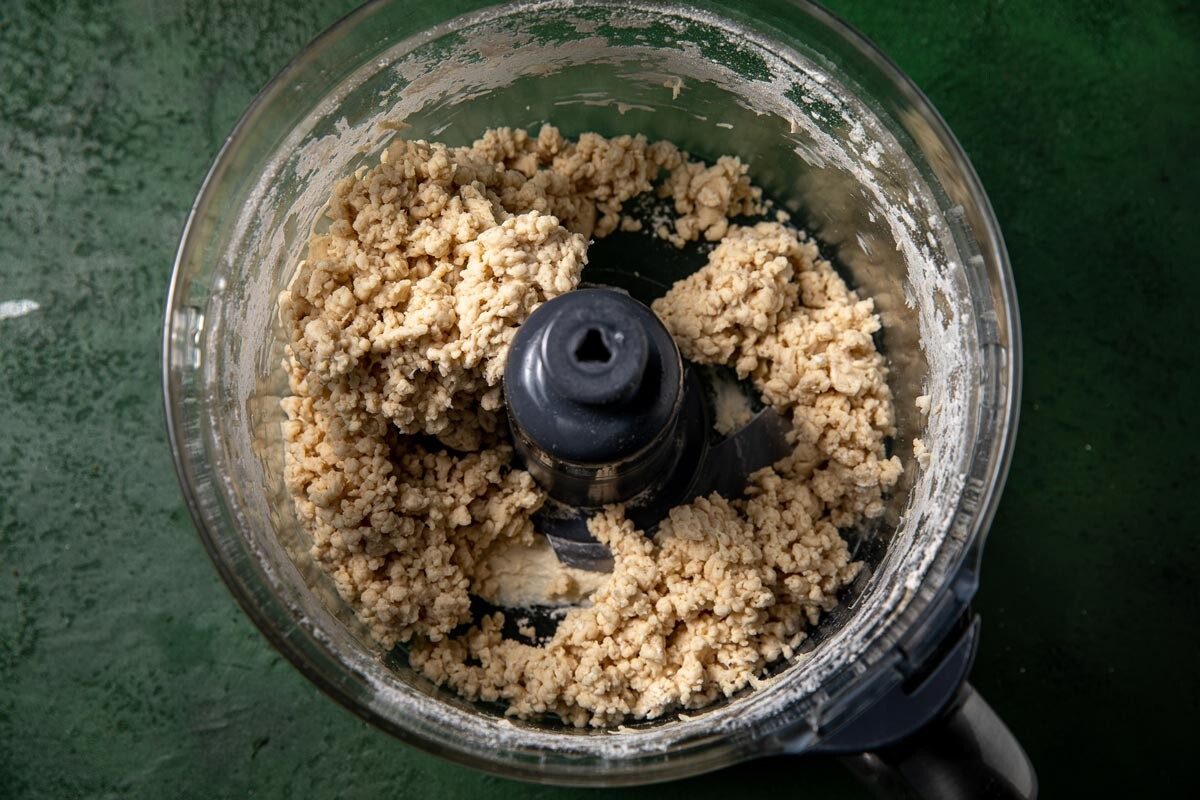 2. Form into a ball, making a tight dough. Knead it for another 20 minutes in the mixer bowl with the hook attachment. The dough should be more elastic so it will be easier to work with. 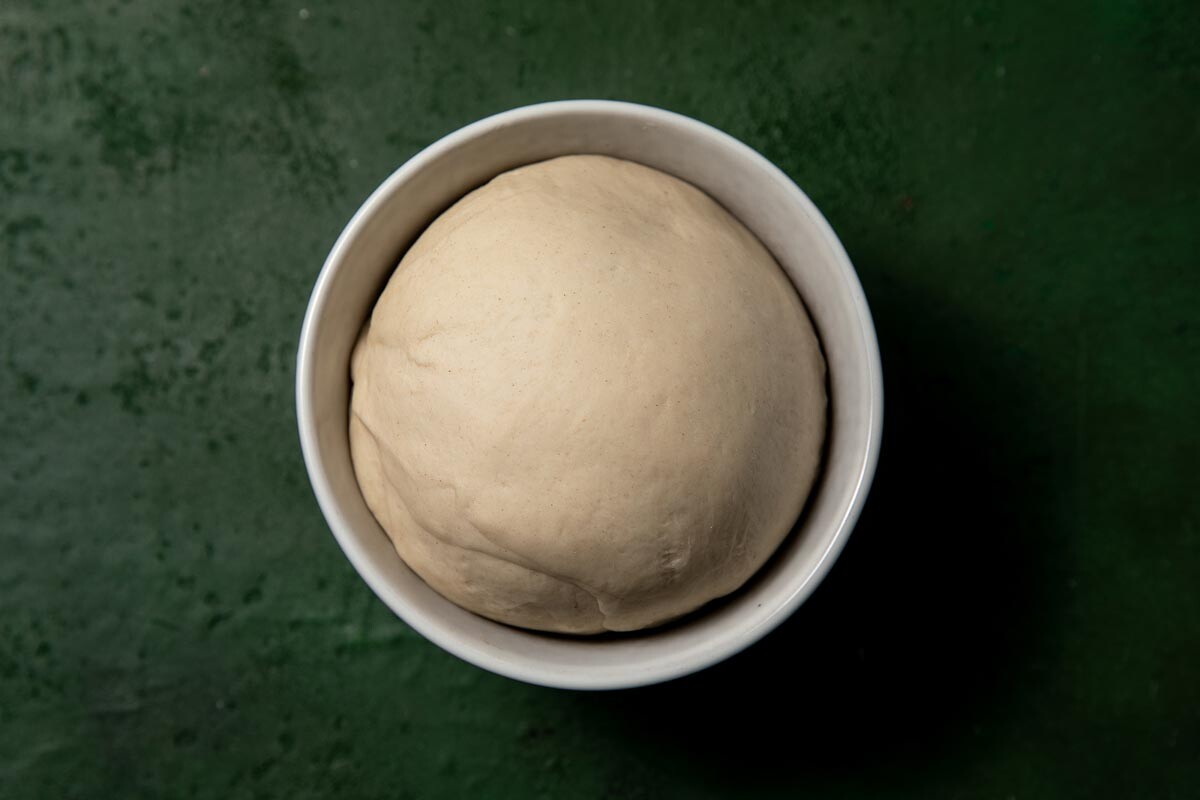 3. You can do the nettle stuffing in the meantime. Select only the very tops of the plants and the top ground leaves. Rinse them. 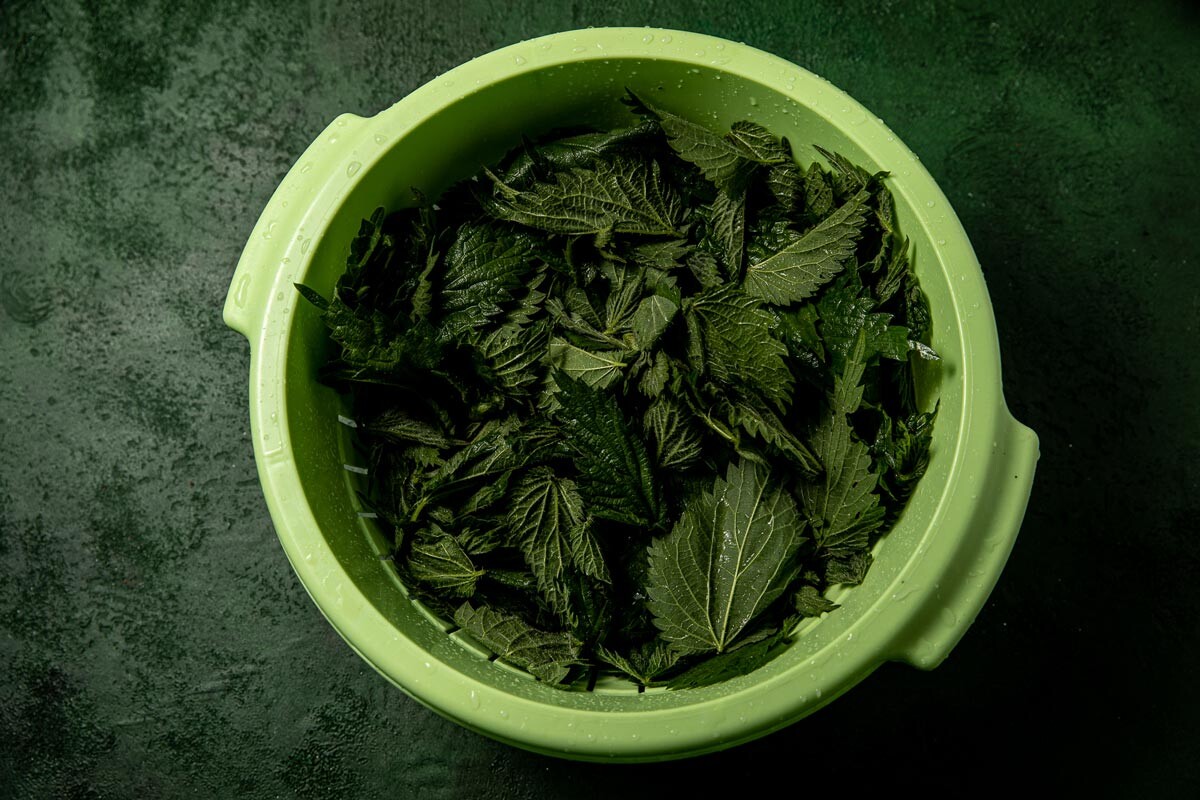 4. Scald them with boiling water and boil them in salted water for about 3 minutes to make the nettle leaves soft and not prickly. 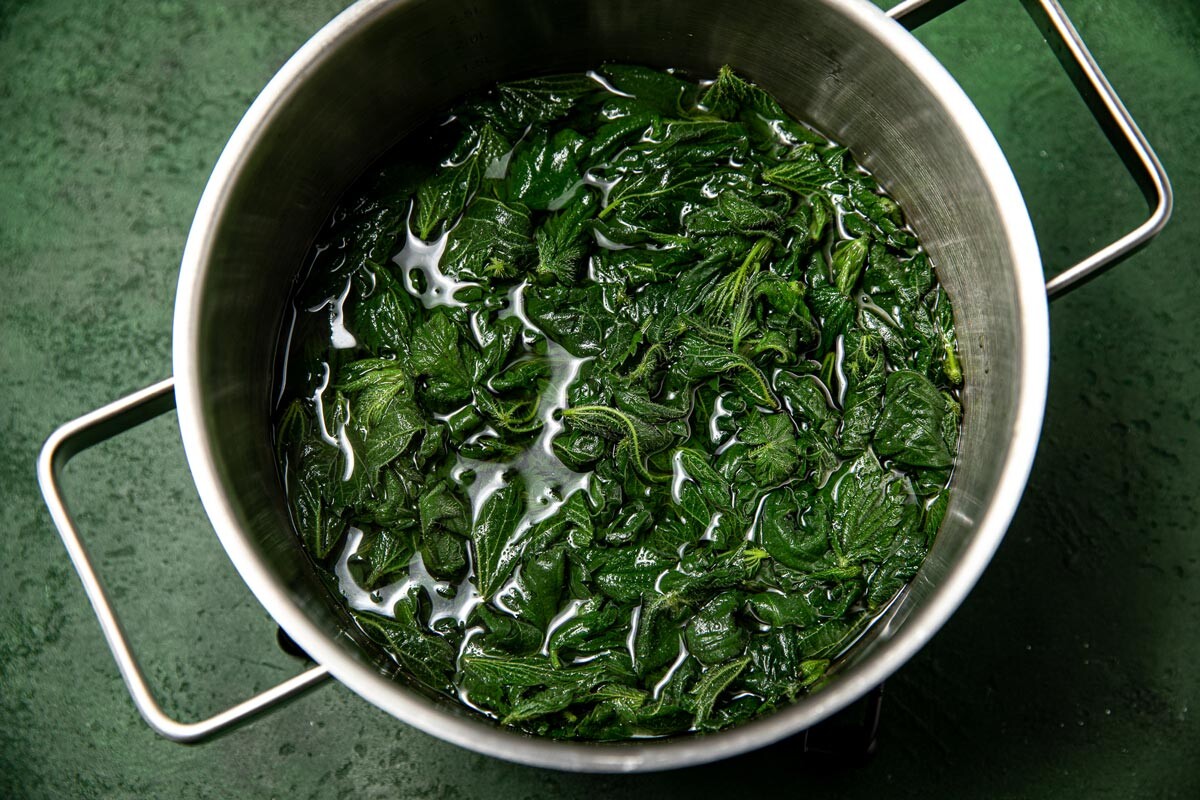 5. Squeeze the nettle leaves thoroughly and finely chop them. If by this time 20 minutes have passed since you started kneading the dough, you should wrap it in plastic wrap and leave it to rest for at least 30 minutes. 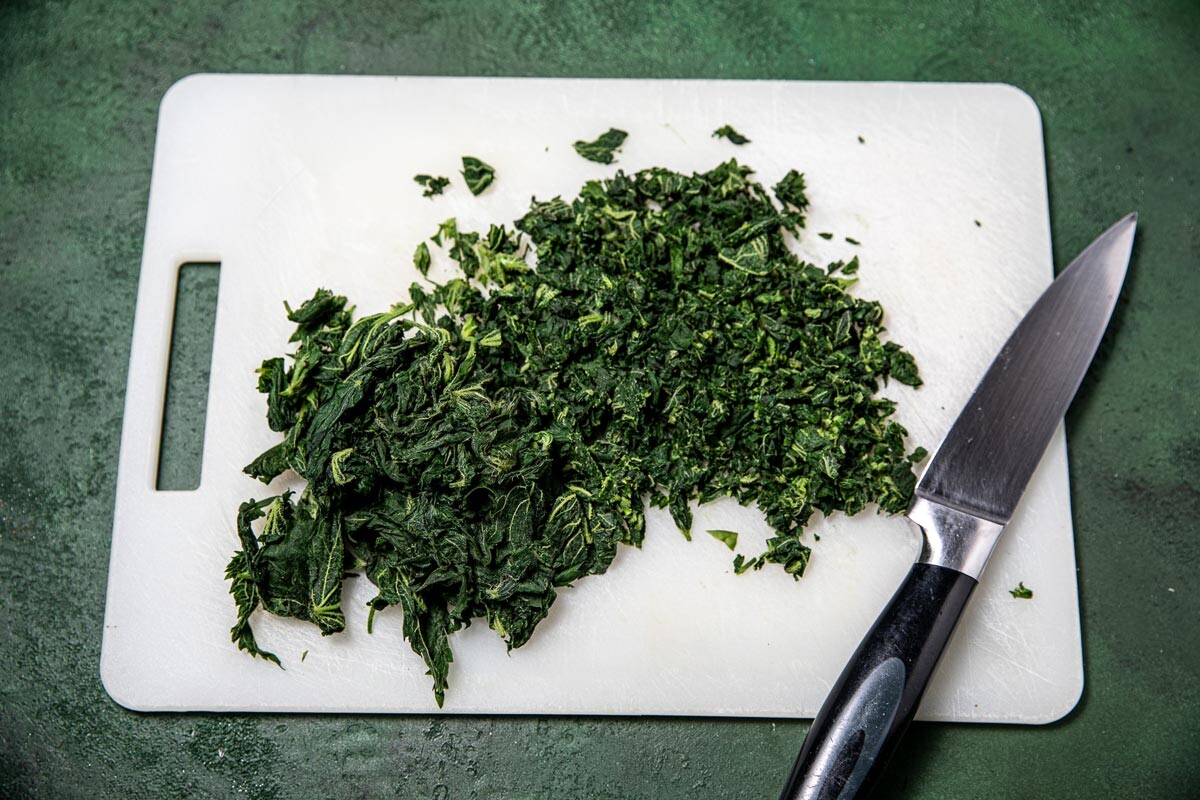 6. Use only sorrel leaves without stalks, wash them and chop them finely. 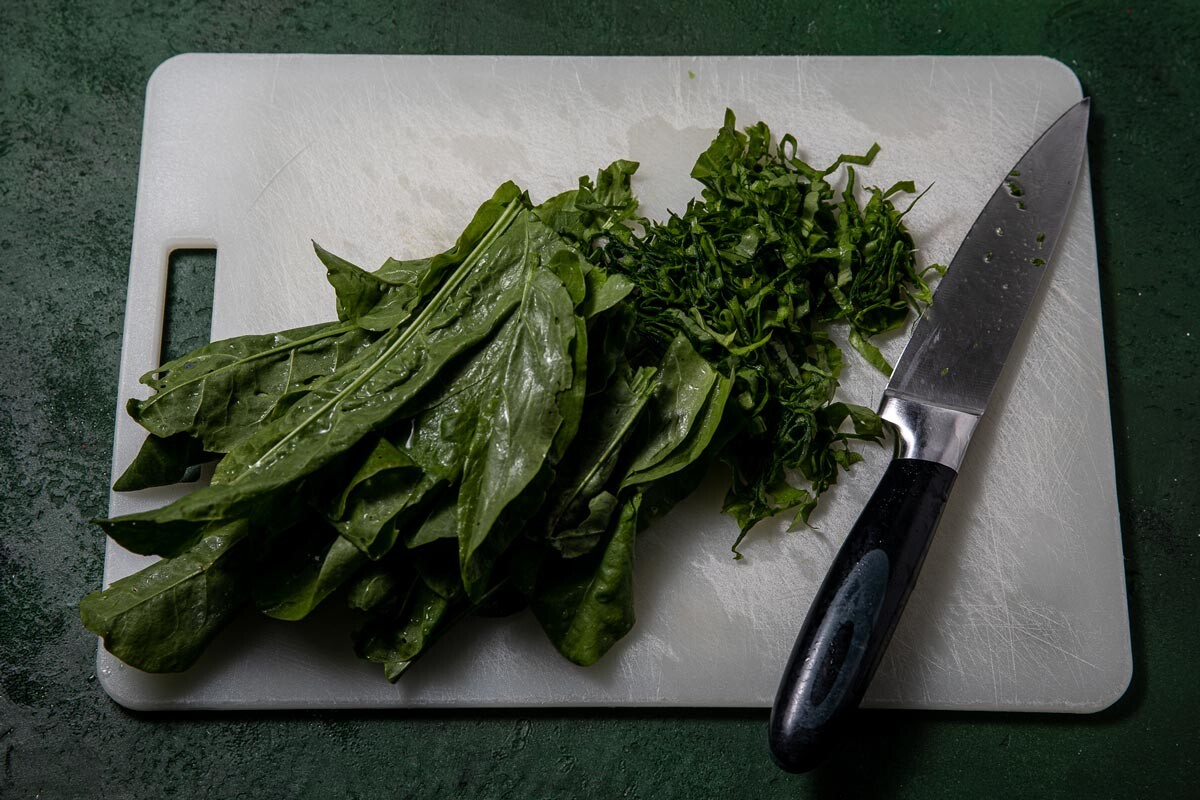 7. To make it more convenient to work with for stuffing, it should be stewed with sugar. 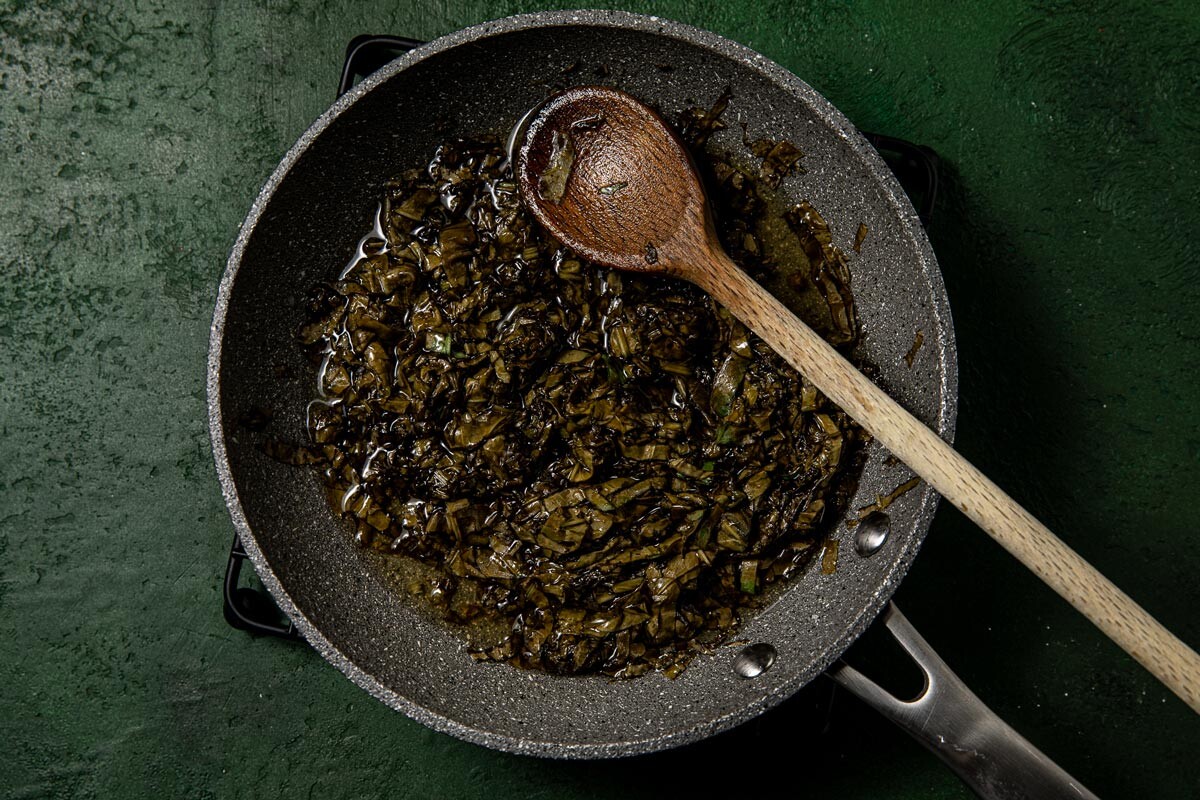 8. When the sorrel has lost volume and changed color, drain the excess liquid and cool it. 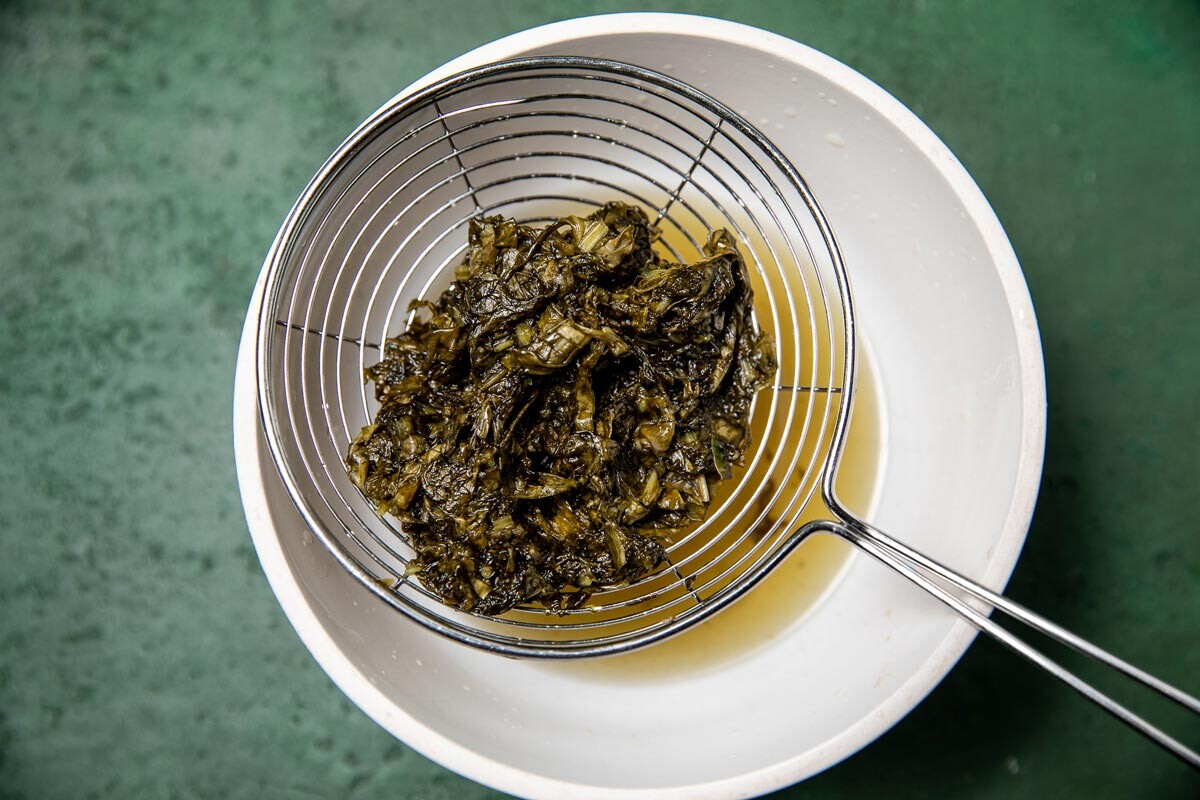 9. Mix cottage cheese with yolk and divide it into two parts. 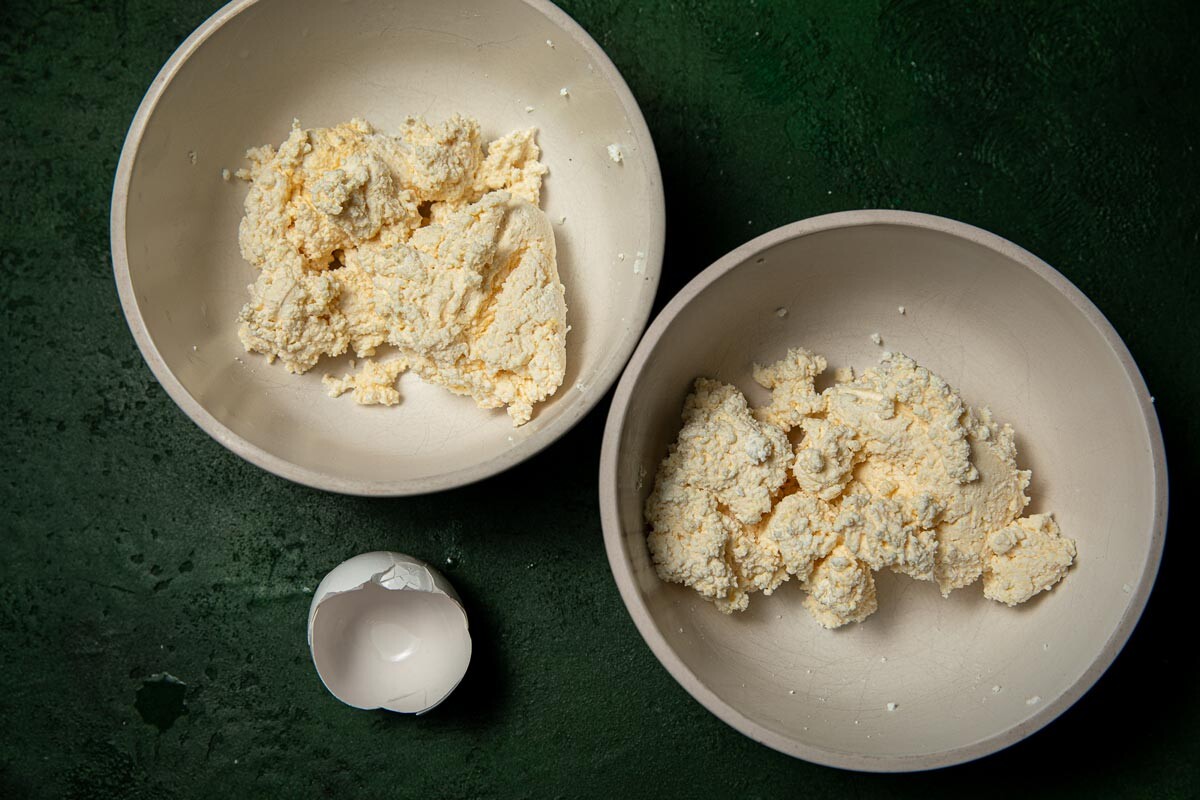 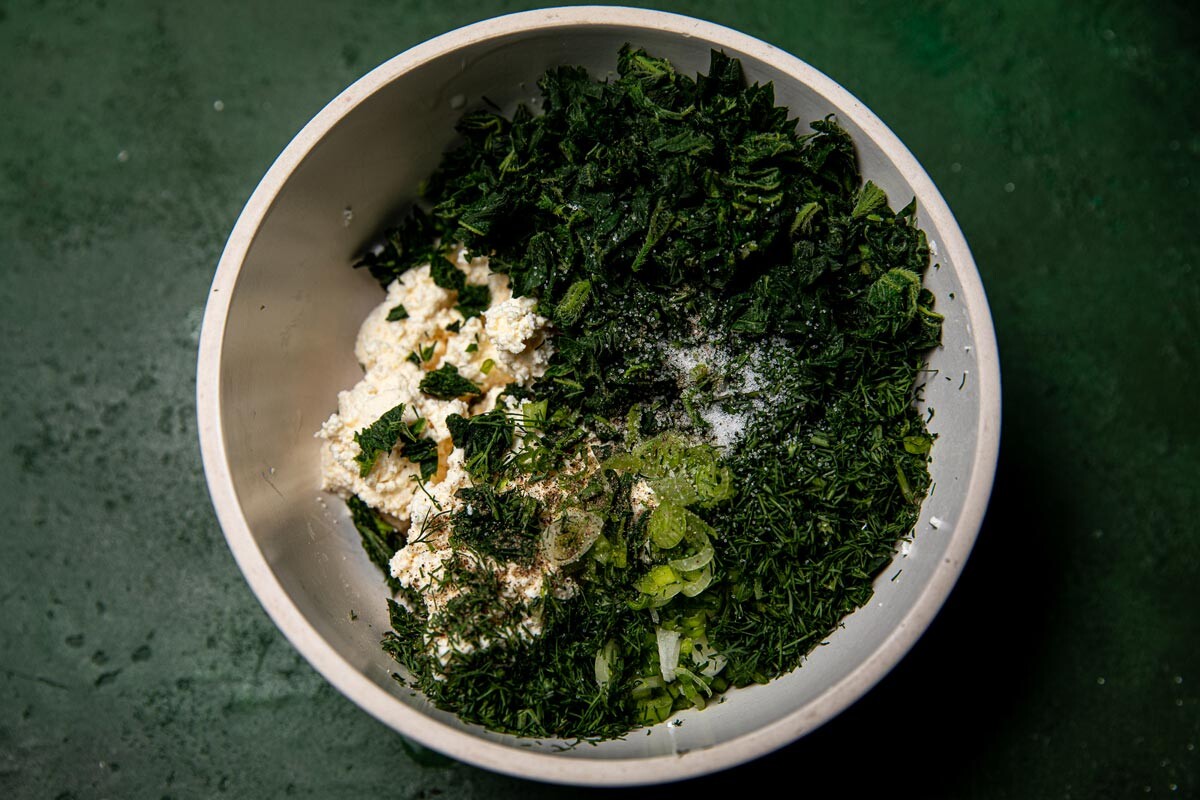 11. In another part, add sorel and lemon zest. 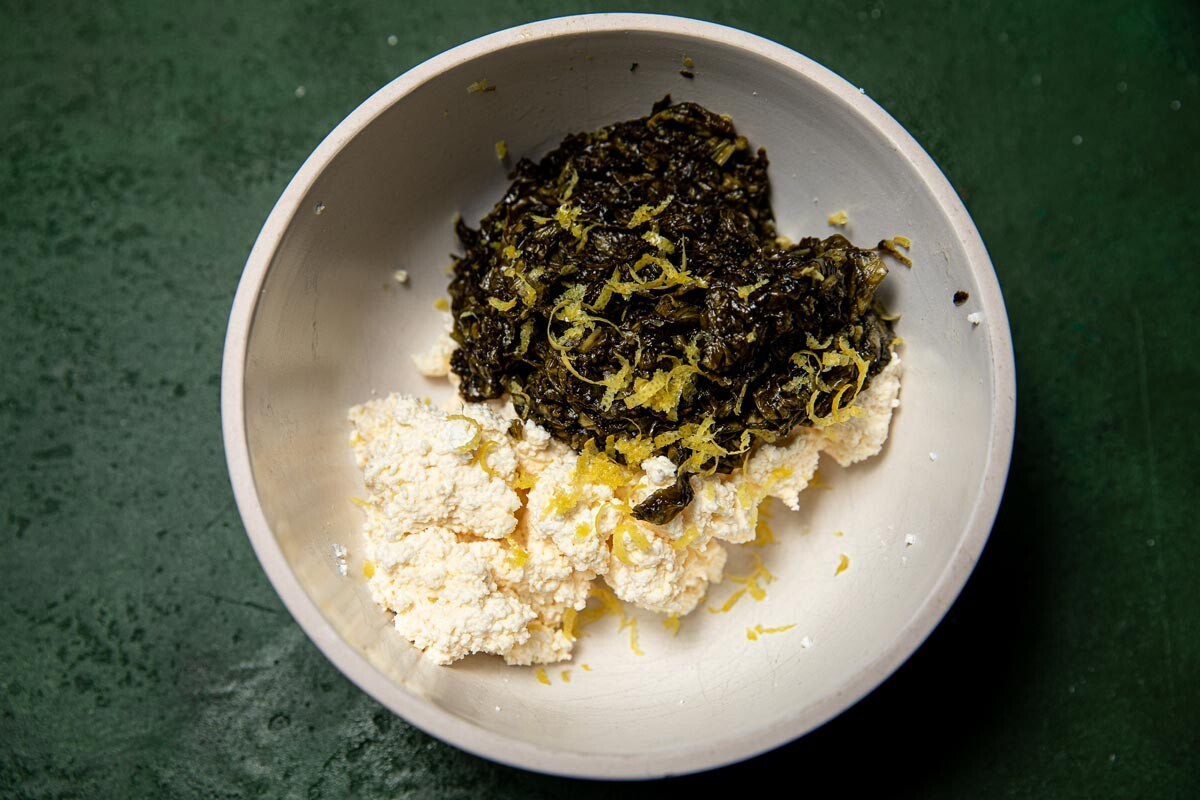 12. Divide the dough into two parts. Working with one part, wrap the second part in a bag to keep the dough from drying out. 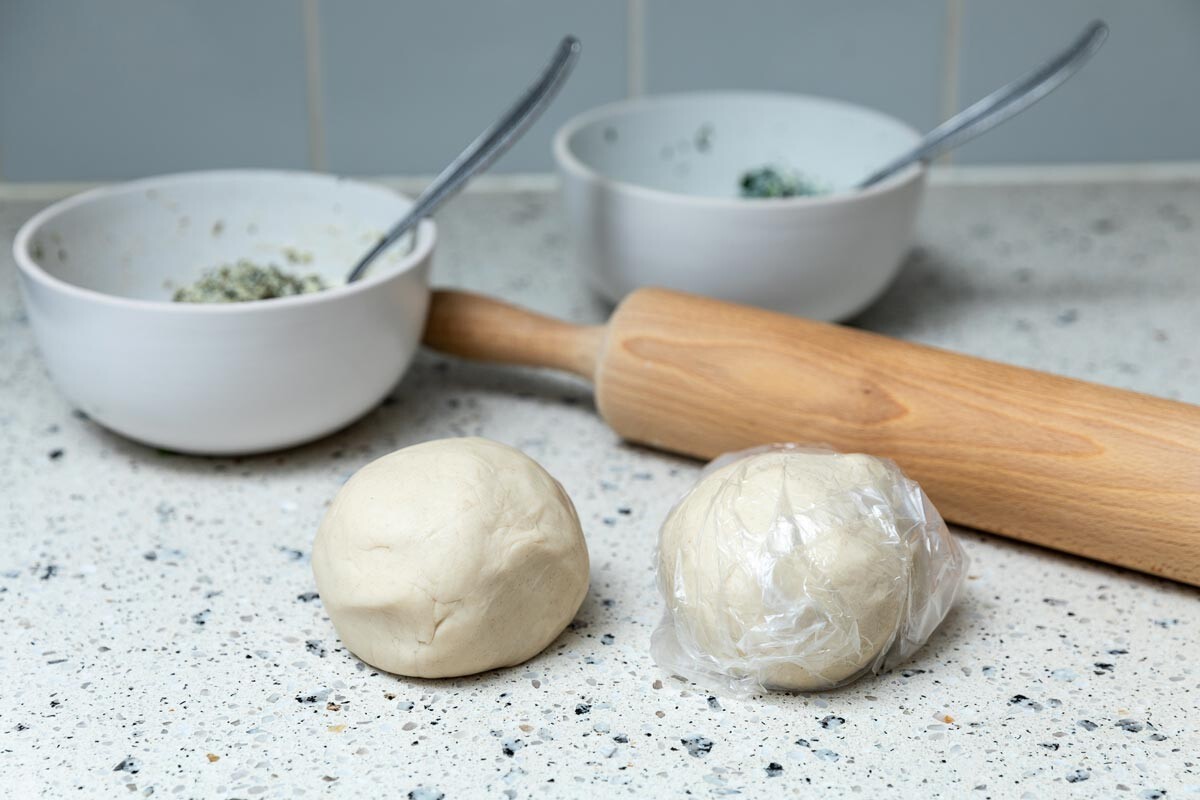 13. Roll out a layer one millimeter thick and make circles with a diameter of 5 cm. I got about 35 dumplings from one layer. 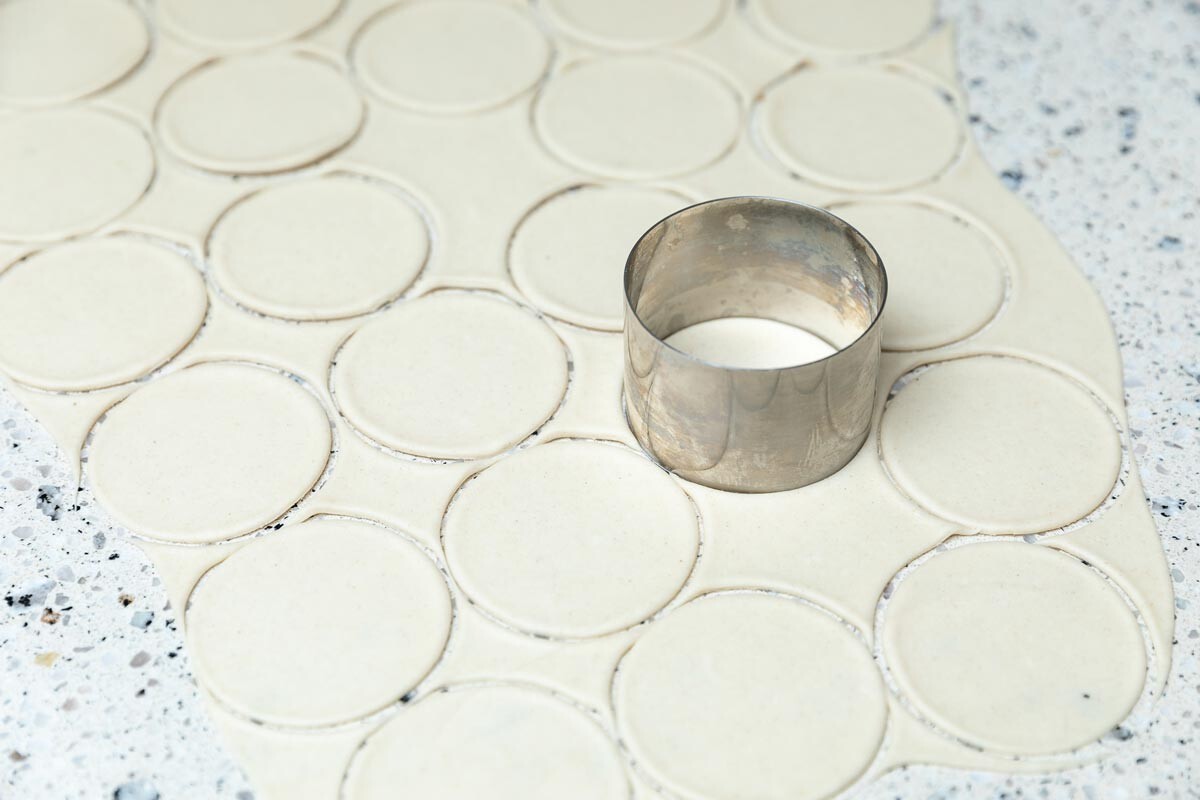 14. Place the nettle filling helping with two teaspoons and seal the edges. 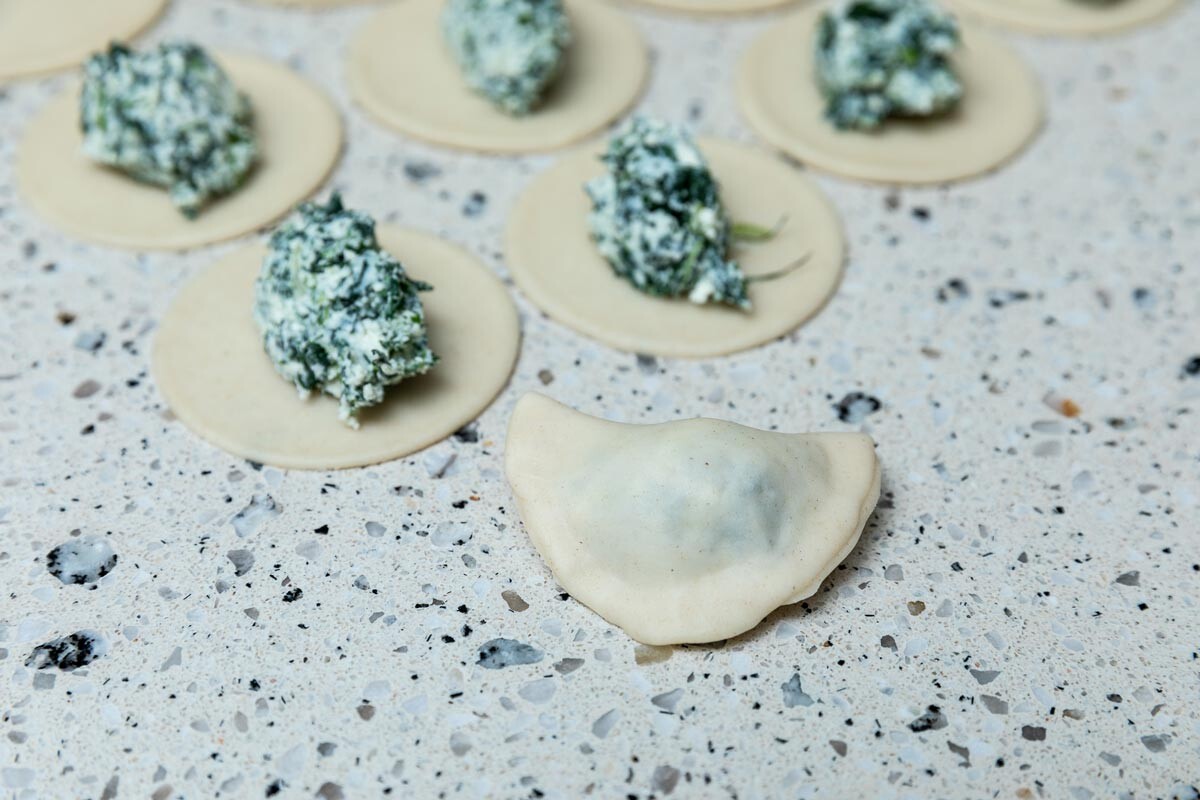 15. Make sure the seam is well sealed. 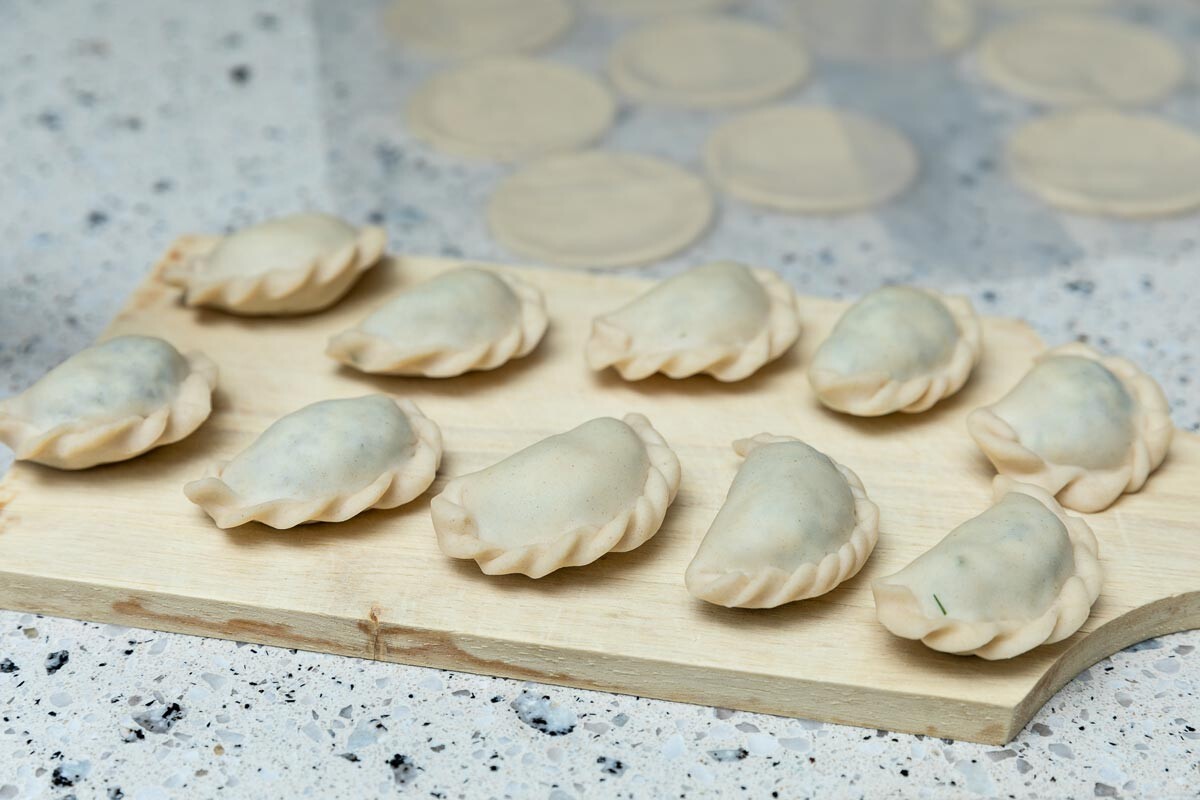 16. Repeat the same with the sorrel filling. 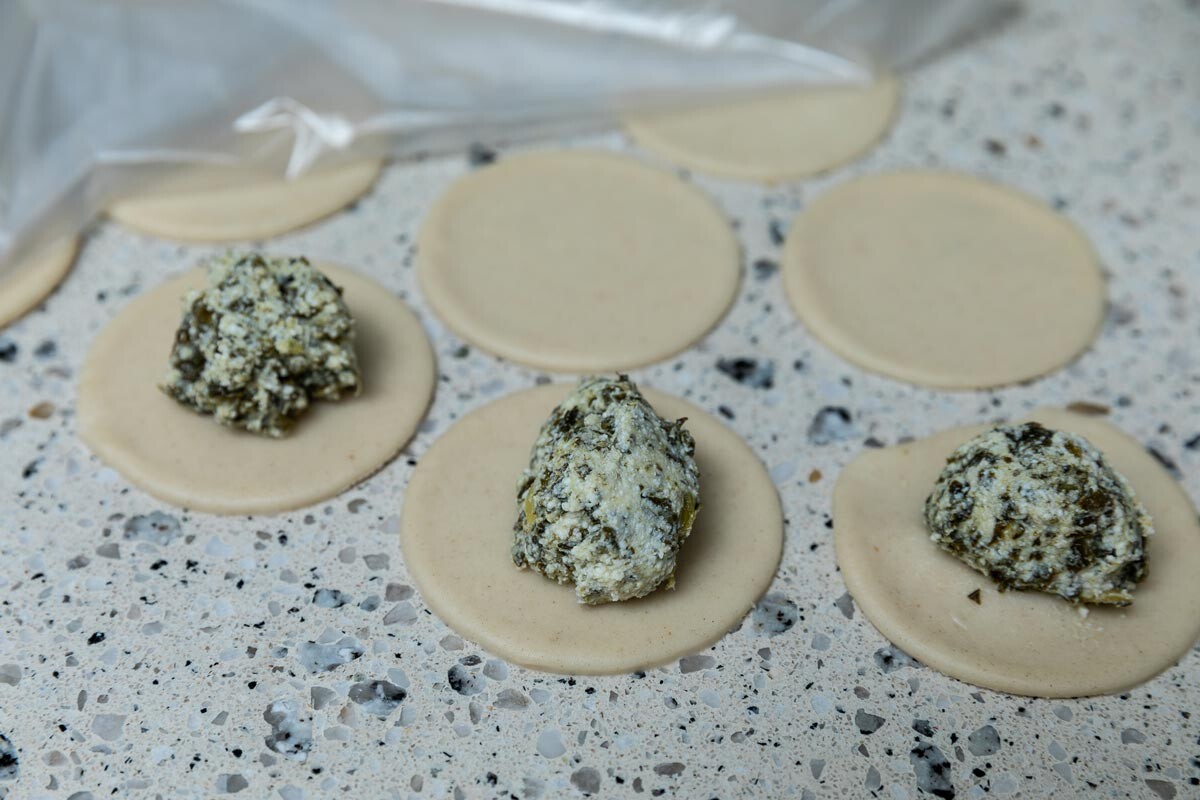 17. I used a slightly different molding to differentiate the dumplings from each other. 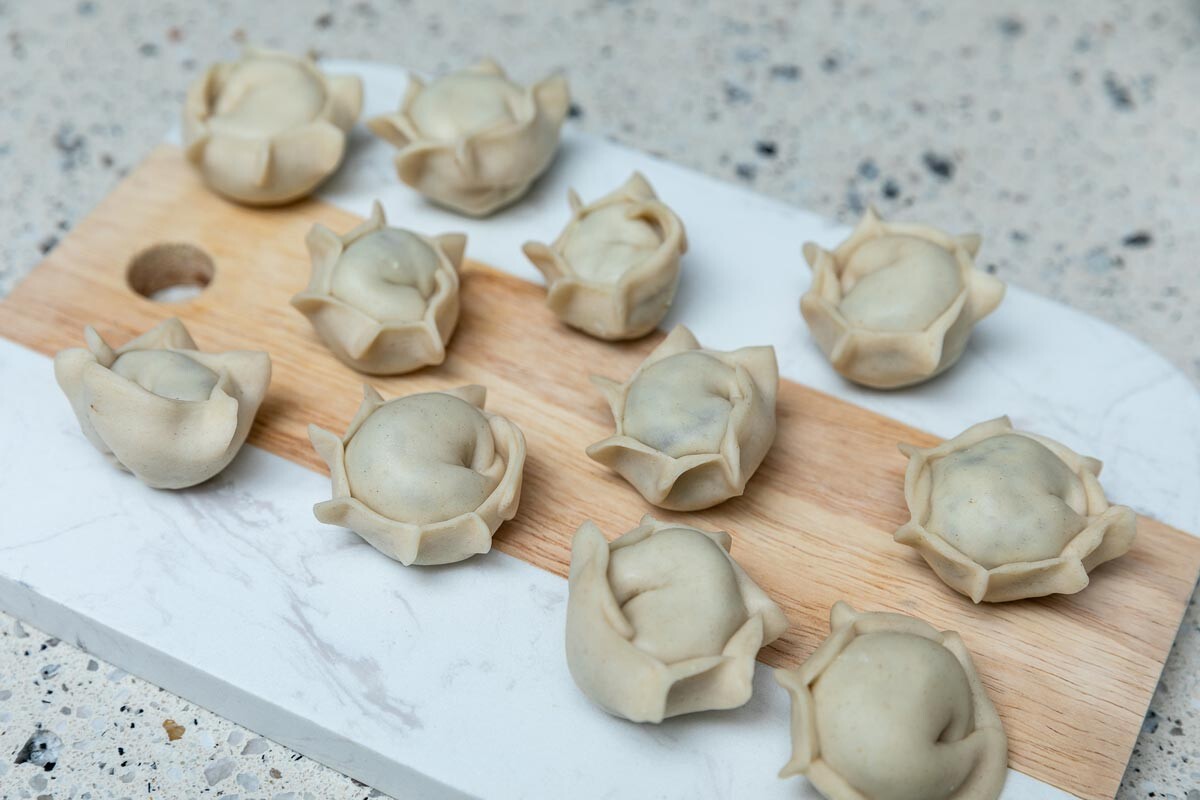 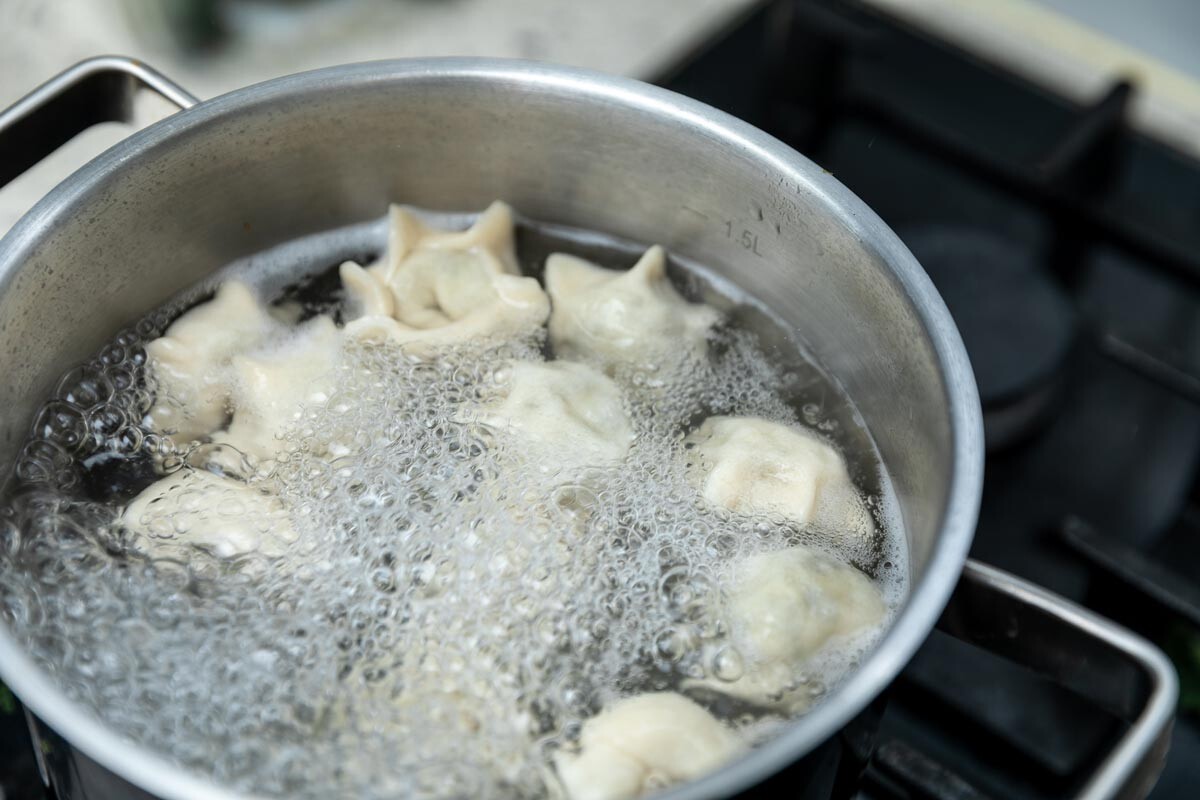 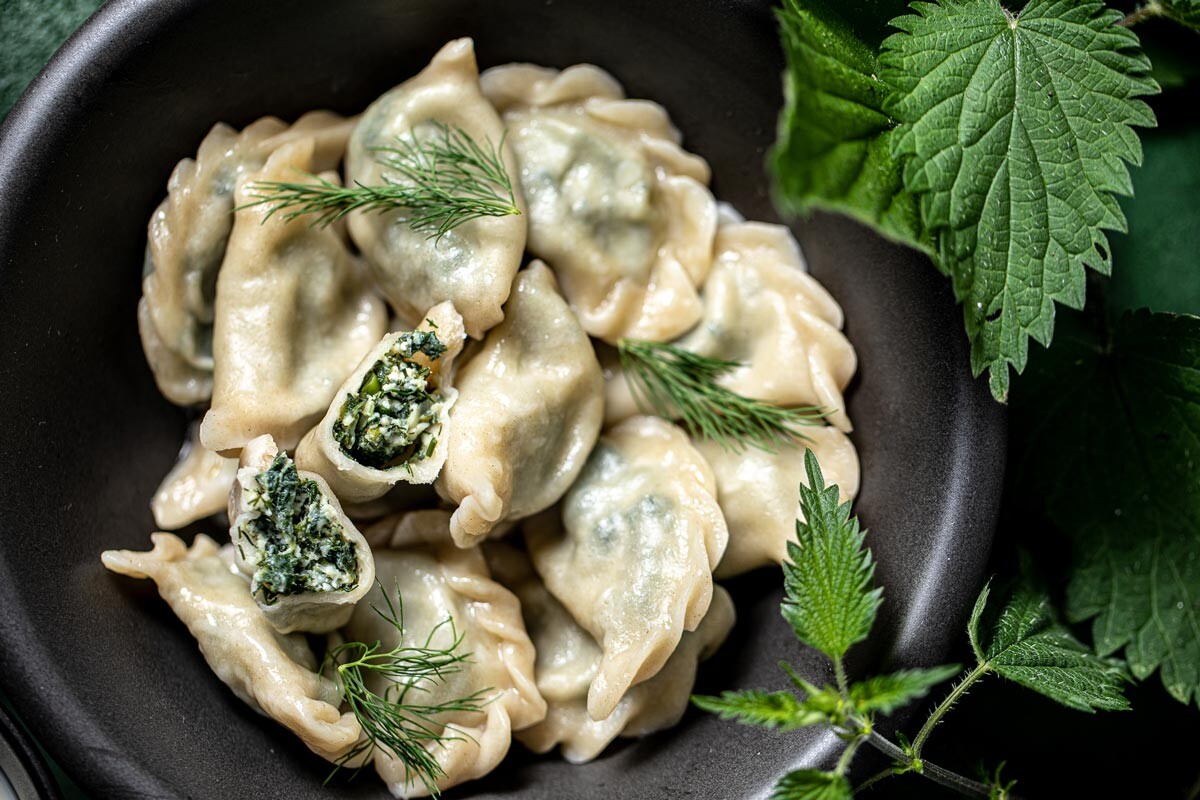 20. Sprinkle sorrel dumplings with lemon zest and serve them with sour cream and butter as well. Enjoy! 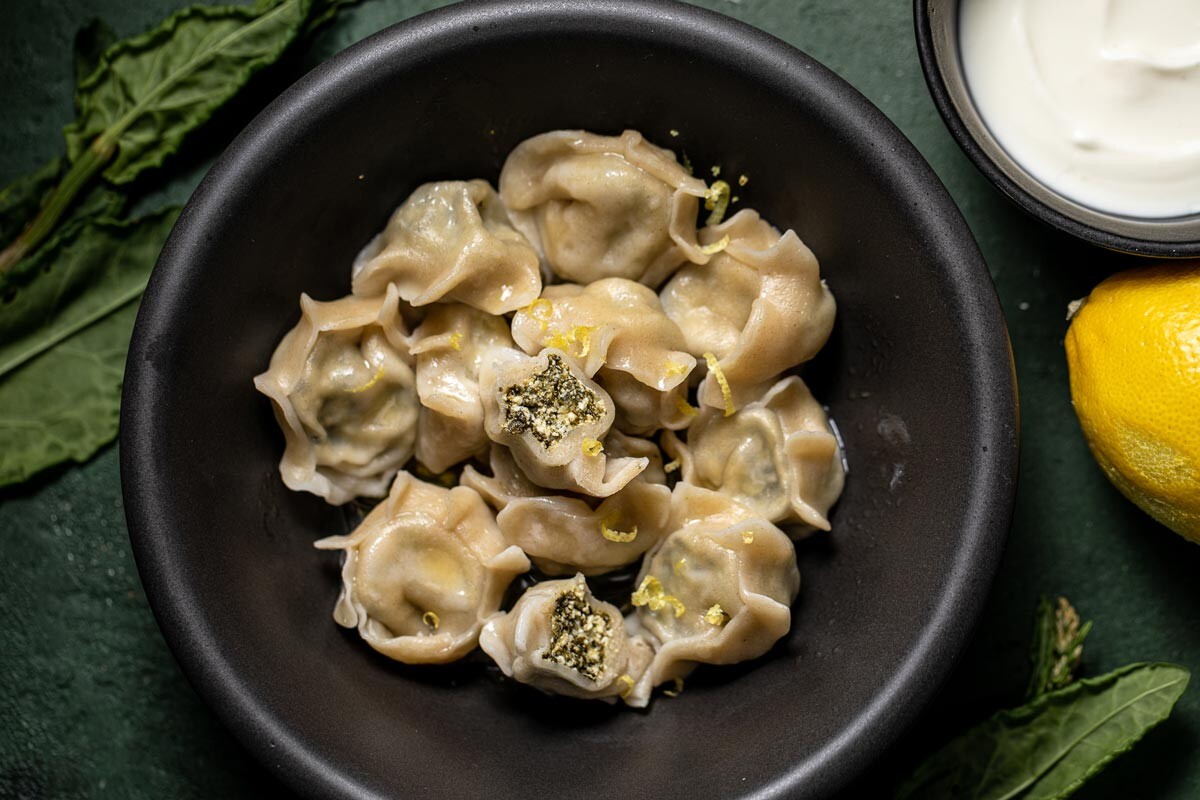