What did Russian TSARS EAT? 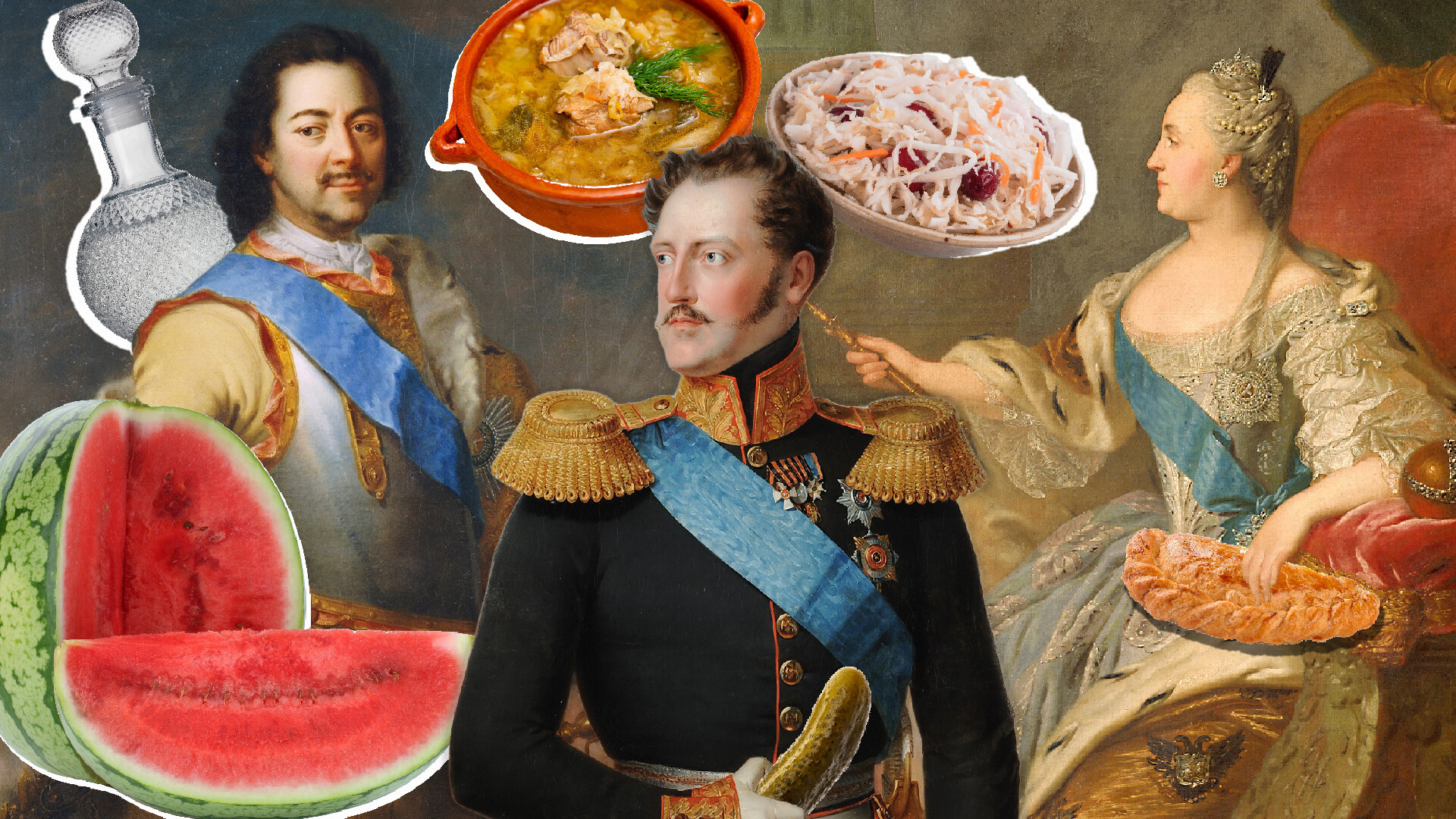 Russia Beyond (Public Domain; Tretyakov Gallery; Legion Media)
Russian monarchs could indulge in any exotic food, from fried swans to pickled lemons. But they often preferred simple fare - shchi (cabbage soup), varieties of kasha (cooked cereal) and boiled meat. What else could you have found on the menus of tsars? 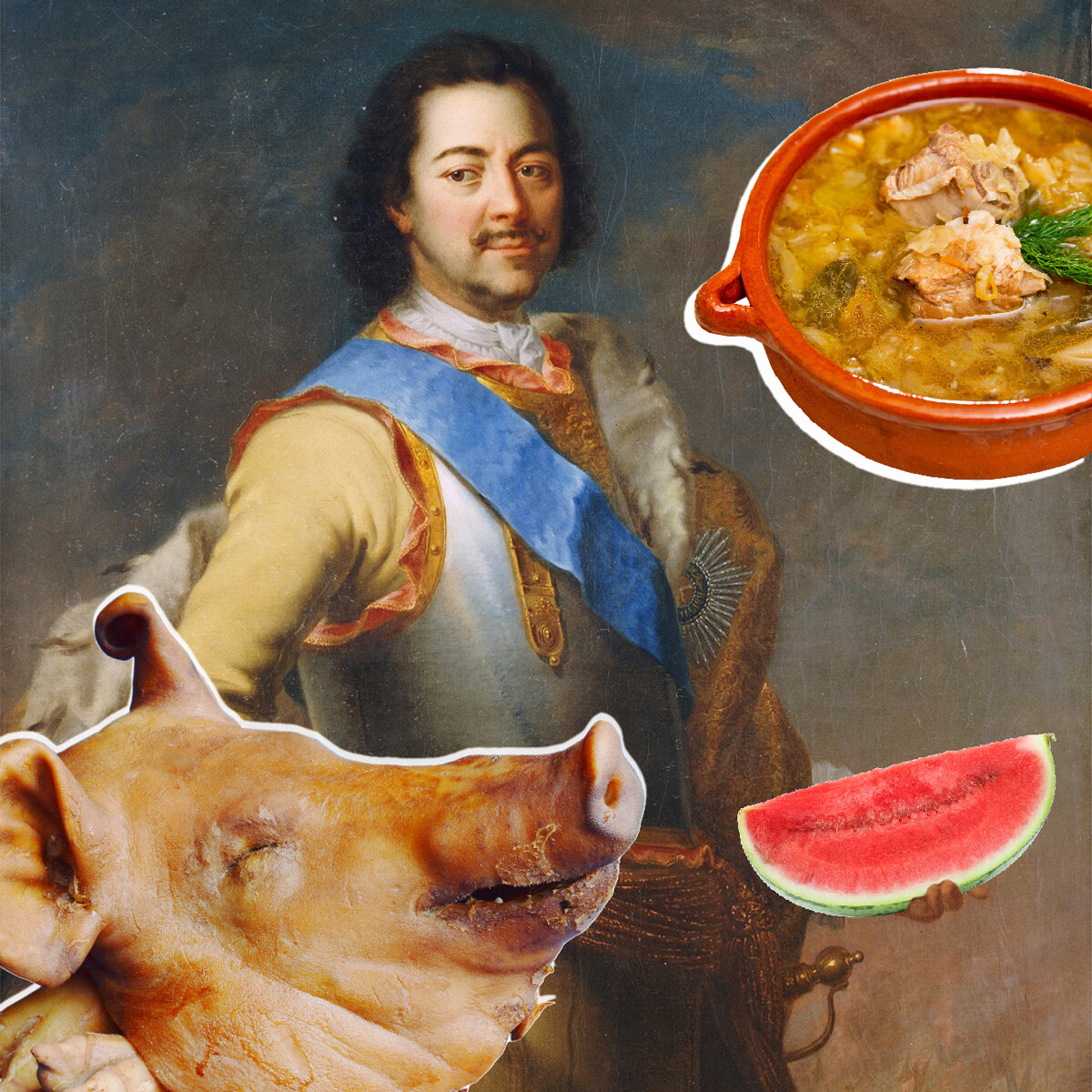 The tsar who “opened a window onto Europe” remained conservative in his food predilections. Foreign dishes of the kind that ambassadors and ministers of foreign countries were accustomed to were served at official receptions during his reign. But, for the tsar himself, the cooks made sour shchi- the soup was always served very hot - buckwheatkasha, roast suckling pig with kasha and liver, cold meat with pickled lemons and barley groats cooked in milk. For desert or as an appetizer (zakuska), the tsar liked watermelon - fresh or pickled - and preferred oranges and apples to other fruits. He usually washed down food with kvas (low-alcoholic beverage traditionally obtained from fermented rye) or Tokay wine and might drink a shot of aniseed vodka before lunch. 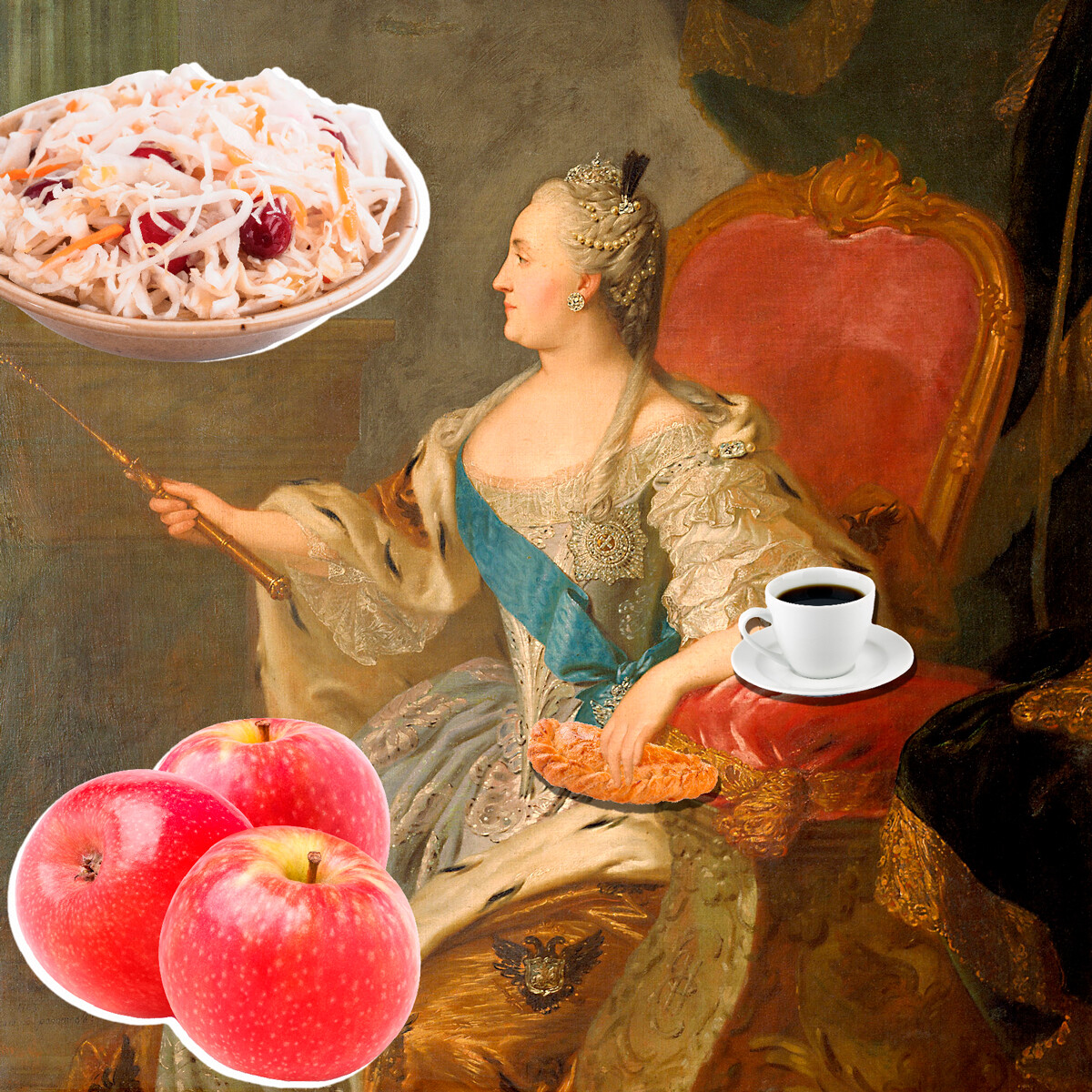 The empress was very fussy about what she ate and tried to limit her food intake. In the morning, she was served strong coffee with pieces of dry toast and cream. She allowed no more than one hour for lunch and had only three or four courses - for example, beef with gherkins, which could be accompanied by a sauce made with air-dried deer tongue; cherries; and puff pastry buns. For drinks, she had currant juice or a glass of Madeira. In the evening, following the advice of her personal doctor, Catherine skipped dinner, in order not to bring on a headache.

When she stayed at her country palace in Oranienbaum in summer, she often hunted for black grouse and woodcock, which were then served at the table. Also, she looked after her complexion, so, every day, she ate several pickled apples and some sauerkraut and even used the brine of the latter to wash her face. The menus at official receptions were much bigger: Guests were offered a dozen different soups, numerous zakuski (appetizers), roast lamb and partridge with truffles and oyster galettes, as well as tartlets and cakes. 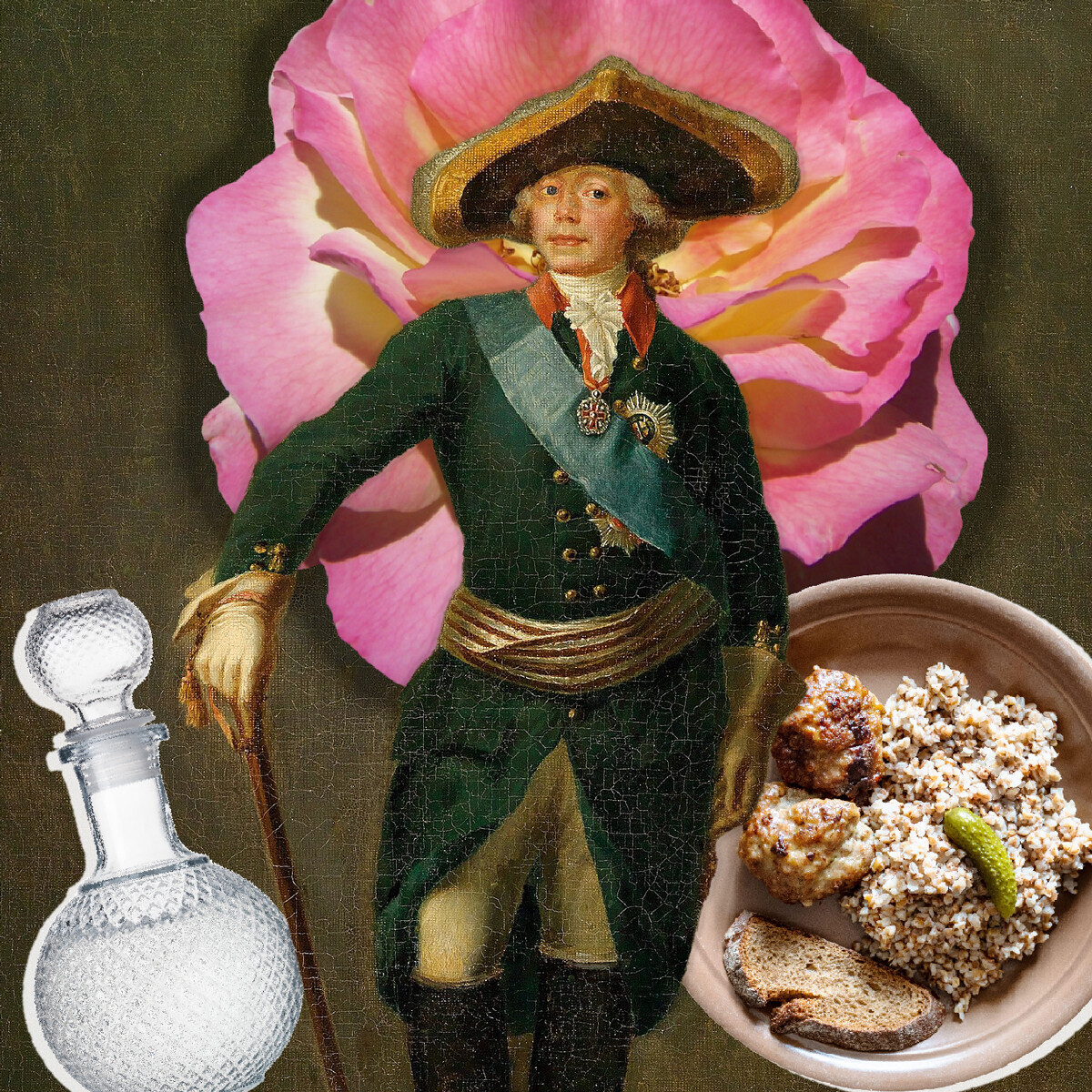 The son of Catherine the Great didn’t approve of his mother’s luxurious lifestyle. When he ascended the throne, he started to introduce his own rules, which also affected the kitchen. The emperor was served the most basic shchi, patties, kashas and roasts. Moreover, food for him was bought not from suppliers with a warrant of appointment to His Majesty, but at ordinary markets. At breakfast, vodka was served in small decanters containing two shots, as well as wine in small bottles. The fact that all these dishes were prepared for an emperor could be guessed only from the sumptuous table setting. The table itself was always decorated with lots of flowers. 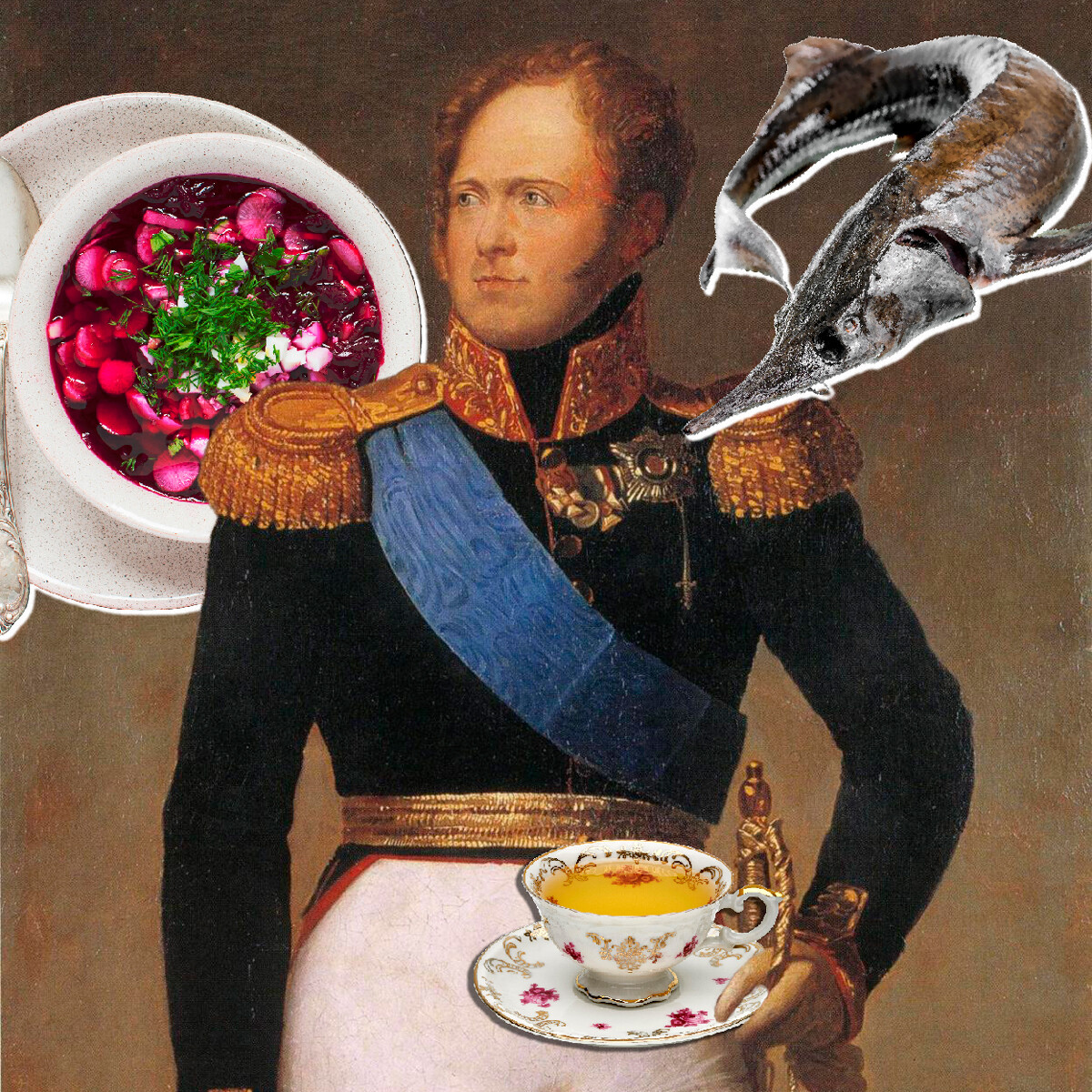 He started his day with green tea with cream and toasted bread. Before lunch, he could have a snack of fruit, while, in the evening, he preferred tea with honey and before going to sleep - soured milk. He also had a favorite dish - cold botvinia soup, made with sour kvas and a broth from beet tops. White fish - namely, sturgeon - was an essential accompaniment to the soup. 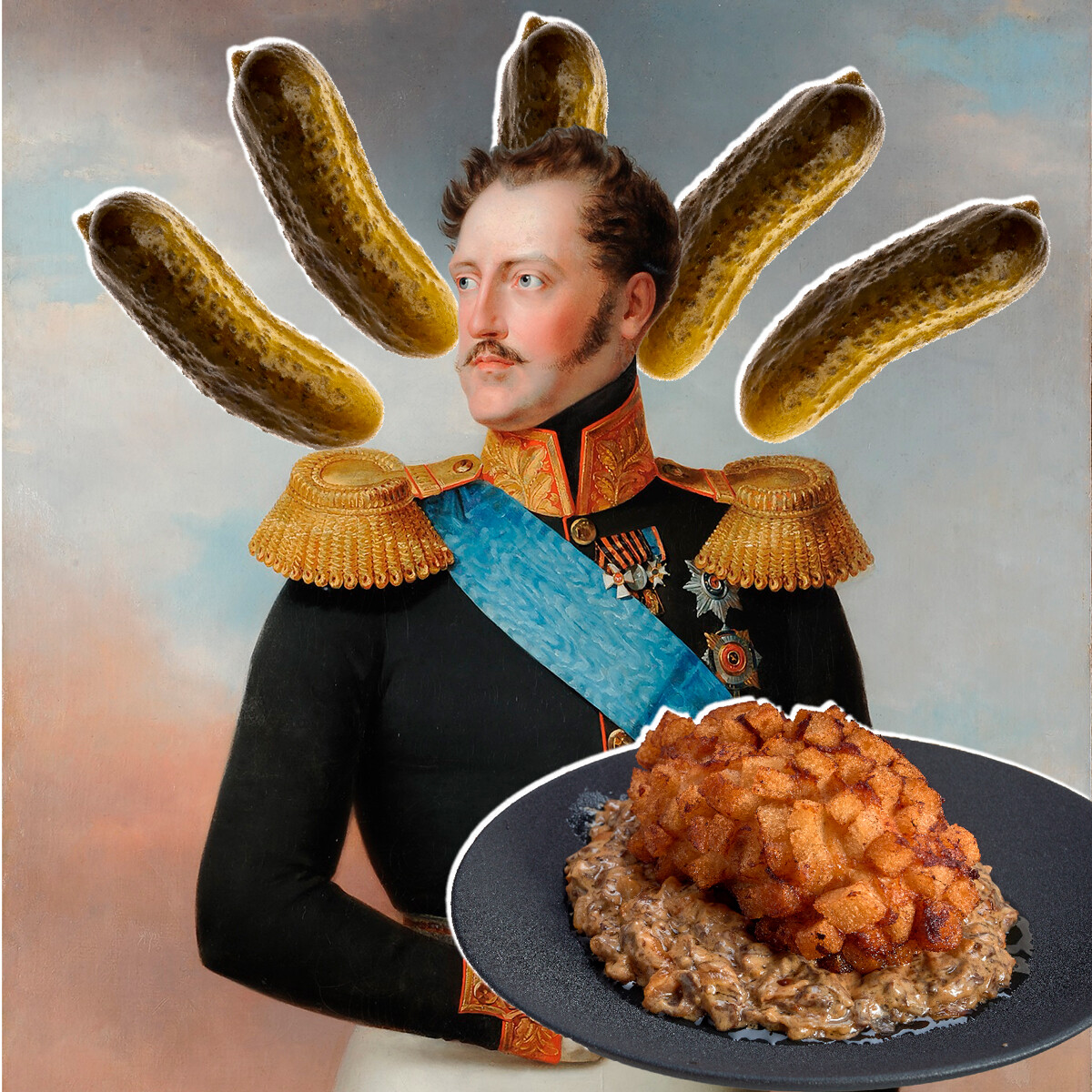 Five salted cucumbers were brought to Nicholas I’s table each day. The emperor’s predilections were far from regal: Water instead of wine, thin potato soup instead of rich shchi, and buckwheat cereal slow-cooked in a pot. But there was one dish that the emperor could not resist. In Torzhok, he had been served minced chicken patties made at an inn owned by Darya Pozharskaya (famous Pozharsky cutlets). Nicholas I was so impressed by them that he invited her to Court on more than one occasion. 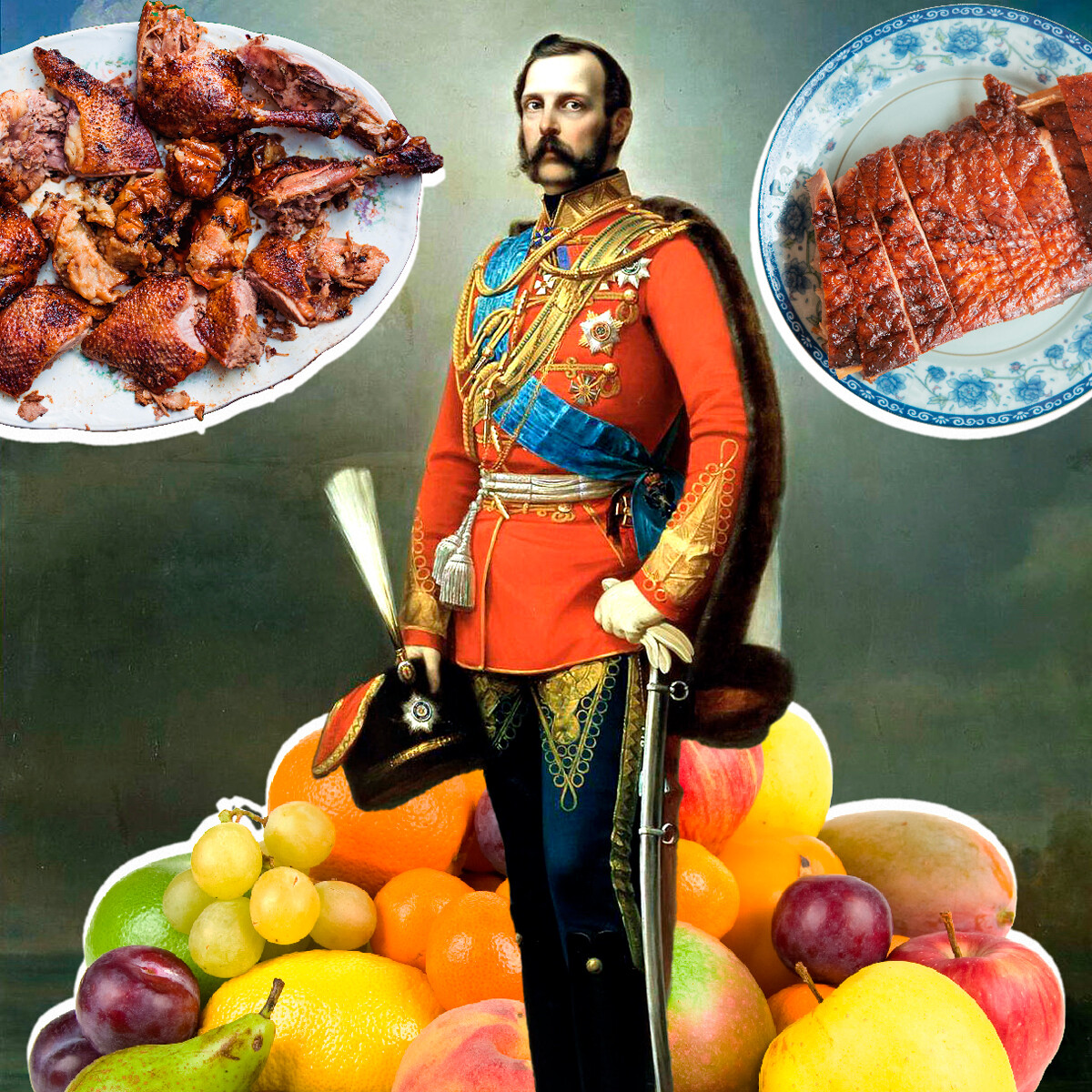 The Emperor was very keen on hunting, so he was often served wild game - for instance, bear’s liver. He was also fond of eating in the open air. Moreover, anything left over from lunch after a hunt was distributed to the local peasants. Alexander II had a non-nonsense attitude to eating: he even ordered that any meal should take no more than 50 minutes. This created major problems for the palace kitchen: Either dishes were served tepid or they were kept on food “warmers” containing hot water, in which case, they lost some of their flavor. It might be added that the emperor looked after his health: Every day, around a dozen pears, tangerines, apples and oranges were brought to his apartments, as well as three bunches of grapes. 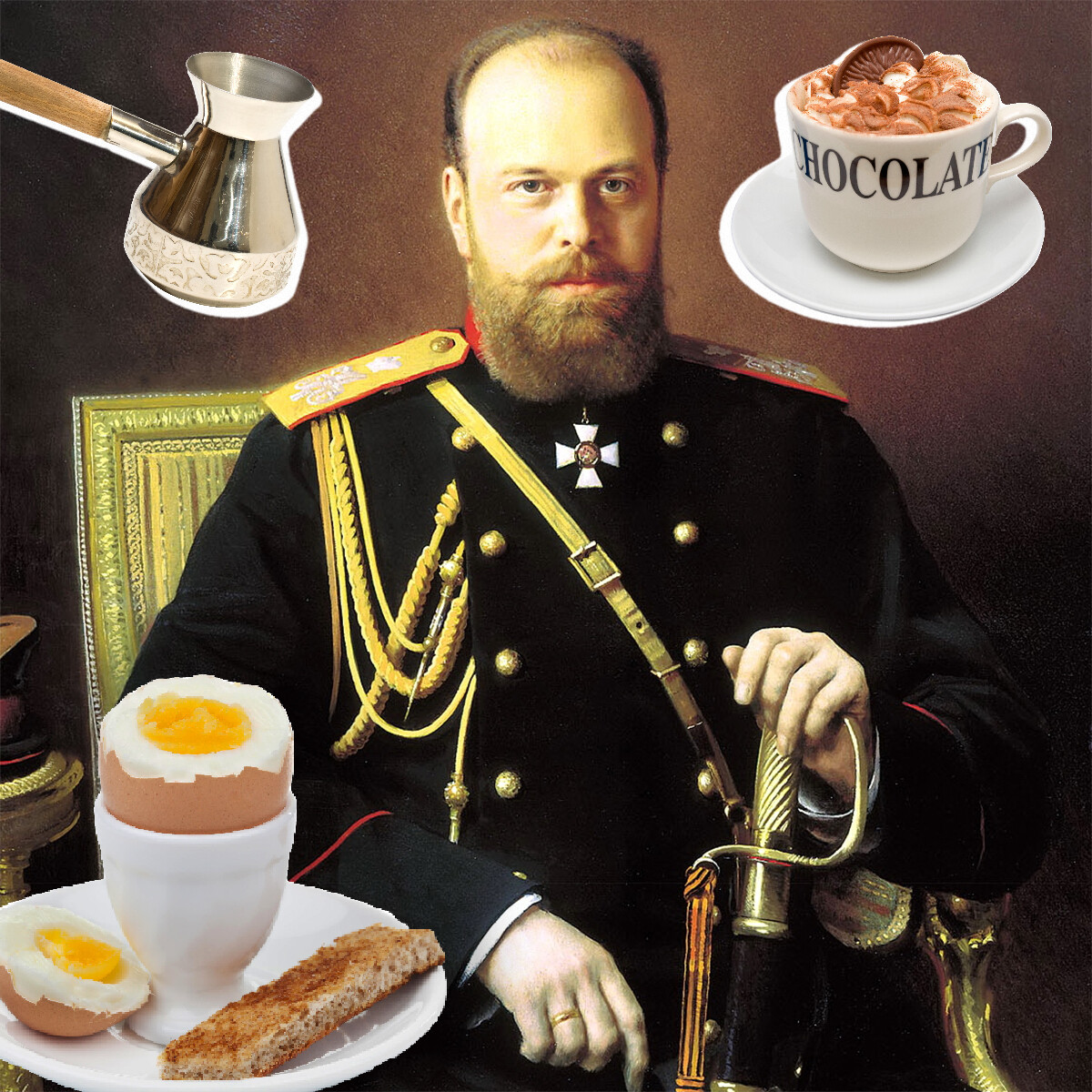 Alexander III too preferred simple fare - shchi soup and kasha, or a suckling pig with horseradish. He would brew his own coffee early in the morning and a little later eat a breakfast of boiled eggs and rye bread. He invariably concluded brunch with a cup of hot chocolate. Alexander III liked to pair “homespun” dishes with original sauces. For instance, he would treat members of his immediate circle to trout that he caught himself and then fried and served with truffle sauce. As far as wine was concerned, the emperor preferred Russian wines - however, foreign ones were served at the table, if foreign guests were invited. 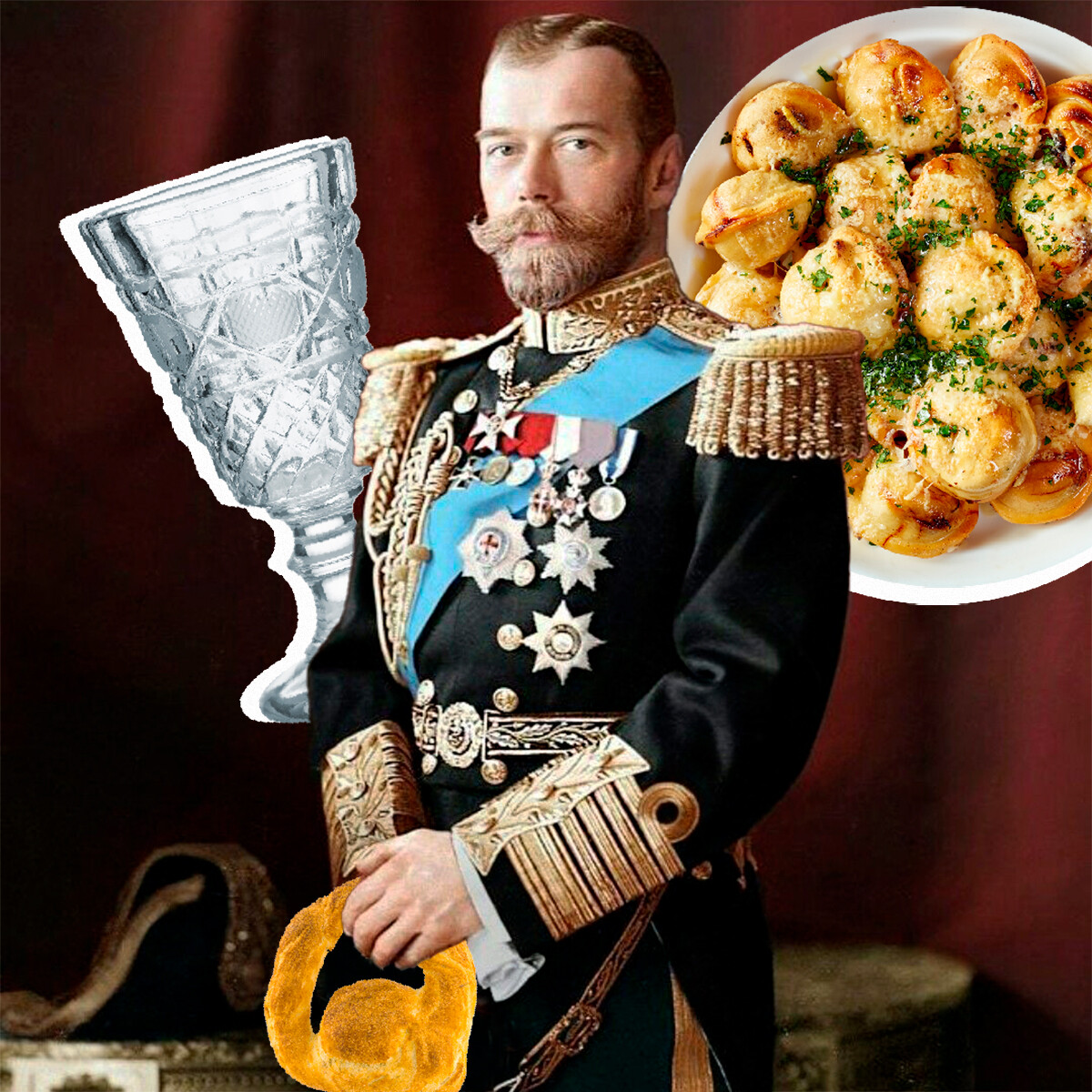 In his childhood, the future tsesarevich breakfasted, lunched and dined in accordance with his father’s strict way of doing things. Children were the last to sit down at table. They had to hurry: When the emperor finished breakfast, the meal was regarded as over. The youngest Romanovs frequently ended up hungry, as a result. Once Nicholas, not having managed to eat properly, ate the wax on his cross pendant - something he was later very regretful about. The last Russian emperor invariably ate kasha and, in the morning, he could have a hot kalach (ring-shaped white bread roll) with his coffee. Before brunch or lunch, he would indulge in several glasses of vodka. As far as hot dishes were concerned, his favorite was boiled beef or fish, but he wouldn’t say no to fried pelmeni (dumplings), either.