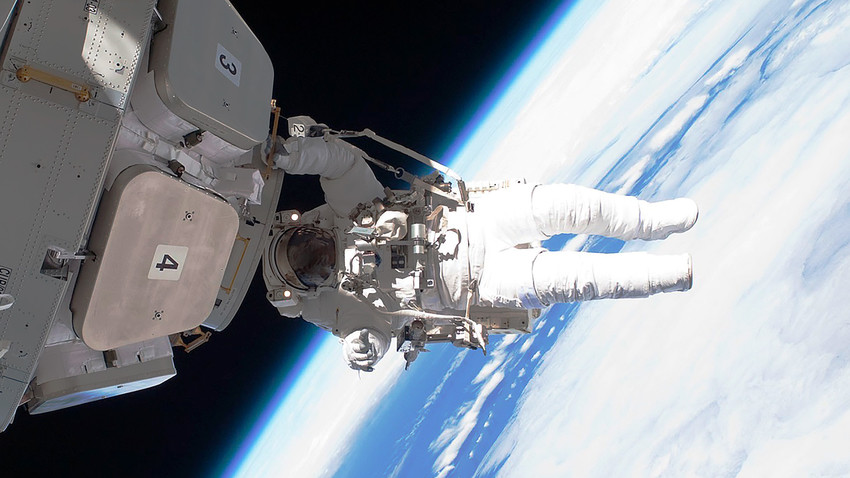 Cosmonauts had to synchronize both the picture and sound - not an easy task in space.

Spacewalk 360 is only 3.5 minutes long but it’s groundbreaking. It captures cosmonauts in the great abyss manually launching satellites. It’s the first time Russian cosmonauts have been filmed using 360 degree technology - the footage was released on Oct. 3 and the project is the brainchild of RT (Russia Beyond is a division of the channel).

The audience can see Earth suspended beneath the International Space Station as well as the crew members Sergey Ryazansky and Fyodor Yurchikhin, the two cosmonauts who filmed the video.

Donning a pair of virtual reality glasses is the best way to watch the unique clip. The video is also available online as a part of RT’s collection of 360 degree videos. The VR version is now showing at the Memorial Museum of Cosmonautics in Moscow.

RT’s Spacewalk360 was only possible thanks to cooperation between the international news network and Roscosmos, Russia’s governmental agency for space exploration.

To shoot the footage, RT had to create a new camera able to survive extreme and swift temperature changes, which happen in outer space. The advanced piece of kit also had to be easily operated by the cosmonauts, whose movements are limited due to their suits.

RT put together a special group of engineers who designed the camera, while Roscosmos made sure that the new kit traveled to space. The device looks very much like two GoPro cameras with complex handles attached.

The filming process was more complex though, as the cosmonauts had to set the camera - not an easy task in outer space.

The crew was on a mission to launch five nanosatellites and carry out maintenance tasks in August 2017 when they shot the film. The spacewalk took 7.5 hours but was later cut to 3.5 minutes.