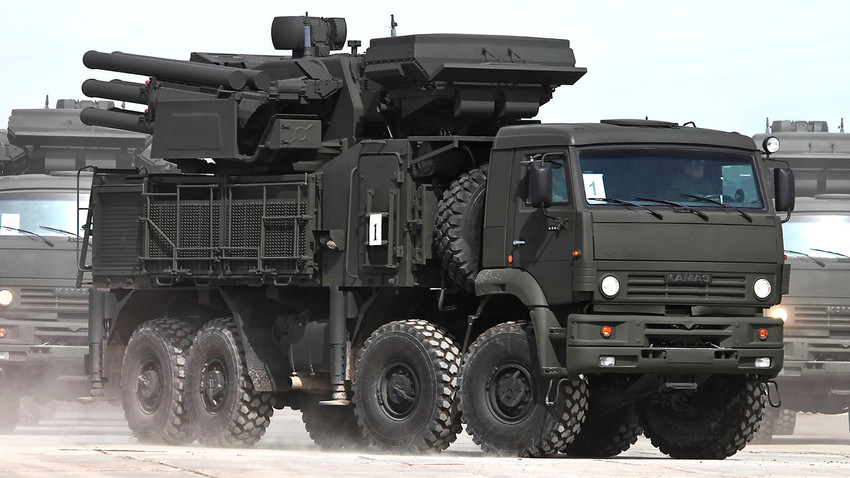 Pantsir-S1 is a Russian made short to medium range anti-aircraft system.

Vitaly V. Kuzmin/www.vitalykuzmin.net
Militants targeted the Khmeimim Air Base this month with a fleet of drones loaded with explosives, but Moscow was ready and waiting with advanced weaponry.

Militants launched a drone attack against Syria’s Air Base, currently operated by Russia, on Jan. 5. Moscow parks up its frontline aircraft there including the latest Su-35S and Su-34 and was able to repel the 13 unmanned aircraft - each of which was armed with explosives.

It appears the terrorists either decided to try their luck against the base’s advanced and costly air defense or didn’t know there was one. The system can shoot down the latest fighter jets and ballistic missiles, and also take out aircraft by “turning off” their electronics mid-flight. 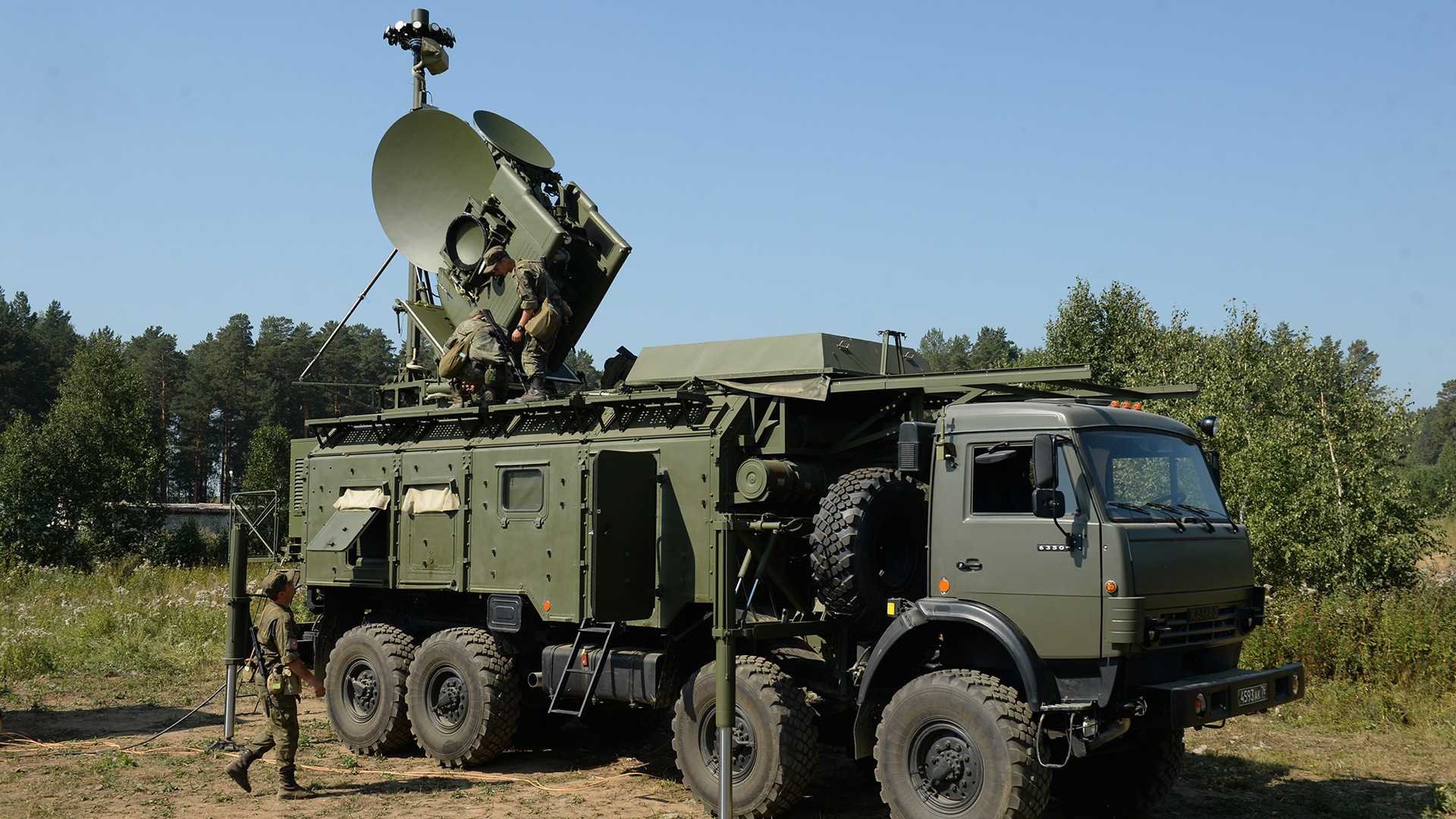 Krasukha-4 is a radio-electronic vehicle capable of "turning off" computer systems even of the most advanced military equpiment.

According to the Russian Defence Ministry, six drones were captured “alive” by radio electronic vehicles guarding the Khmeimim Air Base.

These machines literally cover a military structure with an electronic shield invisible to the human eye, which eliminates enemy signals, aiming systems, and wiretapping capabilities.

One of these systems is called Krasukha-4. It targets enemy locator systems by throwing an electronic veil over them and has a range of up to 250 km. This very weapon blinded several militants drones on Jan. 5.

Pantsir-S1 is a Russian made short to medium range anti-aircraft system.

At the same time, three drones were shot down by Russia’s hi-tech medium range, surface-to-air Pantsir-S1 air system. It’s loaded with 30 mm projectiles that can tear apart fighter jet armor like a knife through hot butter. Just imagine what this weapon can do to drones.

The Pantsir-S1 shoots up to 5000 rounds per minute, but it’s barrels need to be changed every 8000 rounds - so the upkeep isn’t cheap. 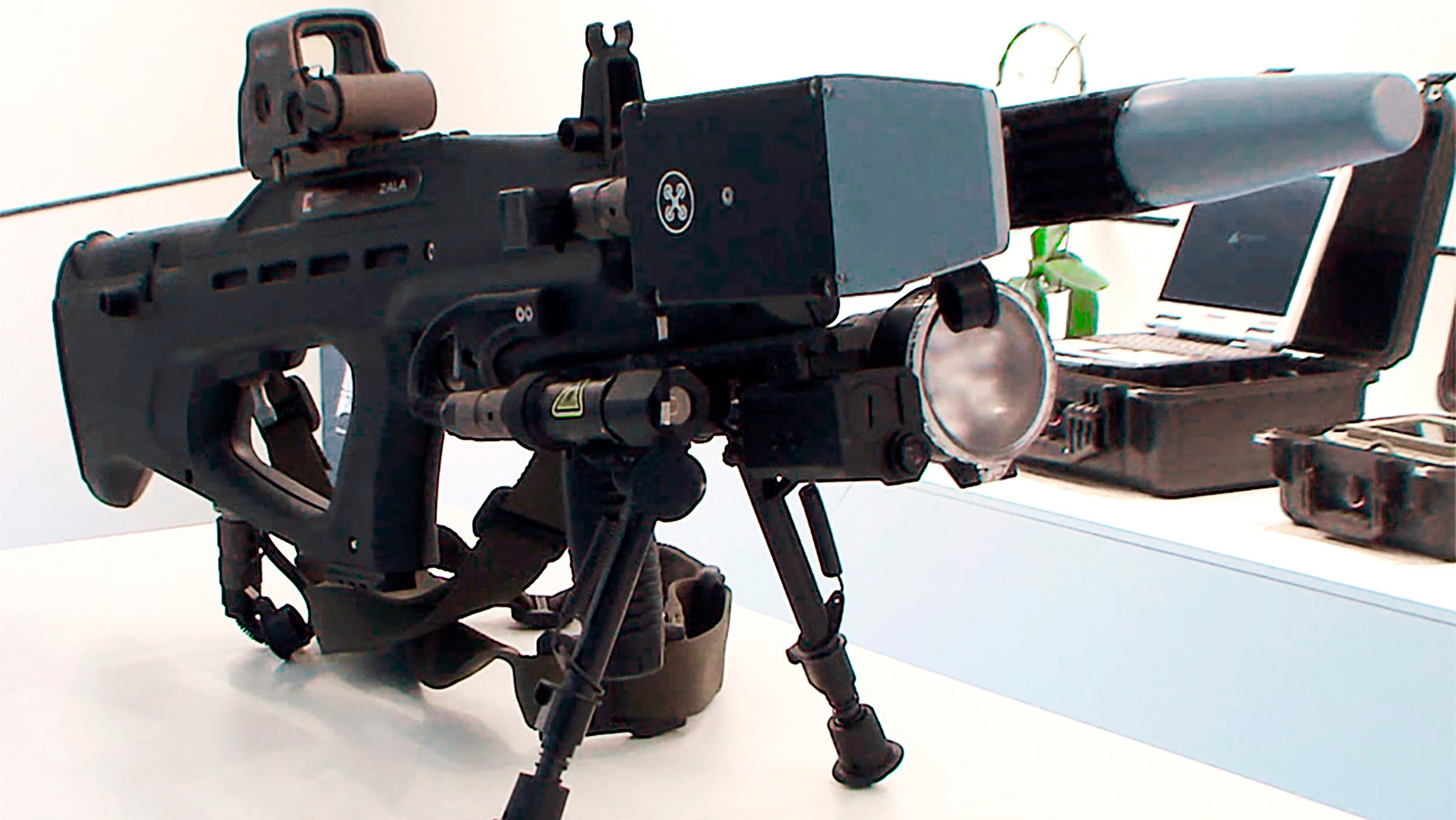 REX-1 is one of the Russia's first electromagnet rifles capable of fighting drones armadas.

It’s not only Russia’s armed forces who are considering a cheaper alternative to combating drones - the U.S., France, Germany, China, and India, to name but a few countries, are working on ways to target unmanned aircraft without forking out millions of dollars each time.

According to the head of the special projects department at the Zala Aero Group Nikita Khamitov, REX-1 suppresses drones’ command and control channels. It's also fitted with a number of interchangeable electromagnetic and infrared units that suppress GSM, GPS, GLONASS, Galileo (the last three are various types of satellite navigation systems), and other channels.

After being targeted by one of these advanced guns, a drone will either land on the spot or return to where it took off.

"In the former case the drone will disappear from enemy radars and you effectively have a new toy in your hands,"  Khamitov said.

As you've already learned about Russian new electromagnet weapons, you'll definitely want to read about the country's most powerful sniper rifle that can eliminate targets 4 km away.