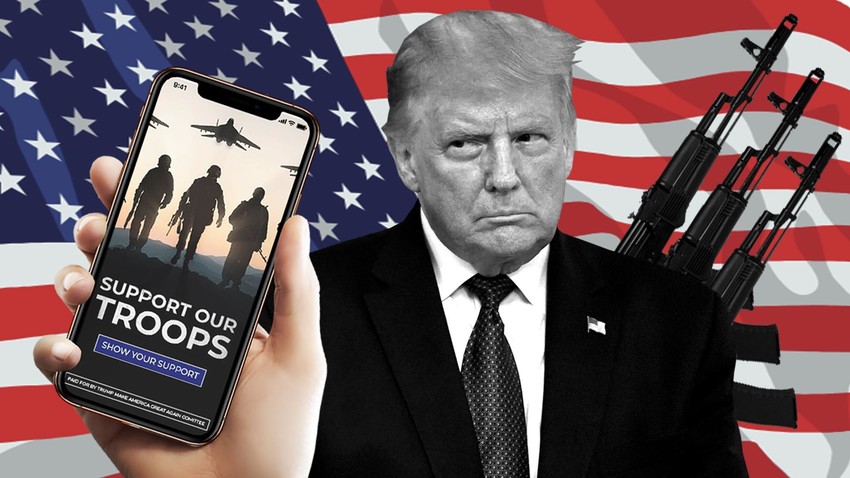 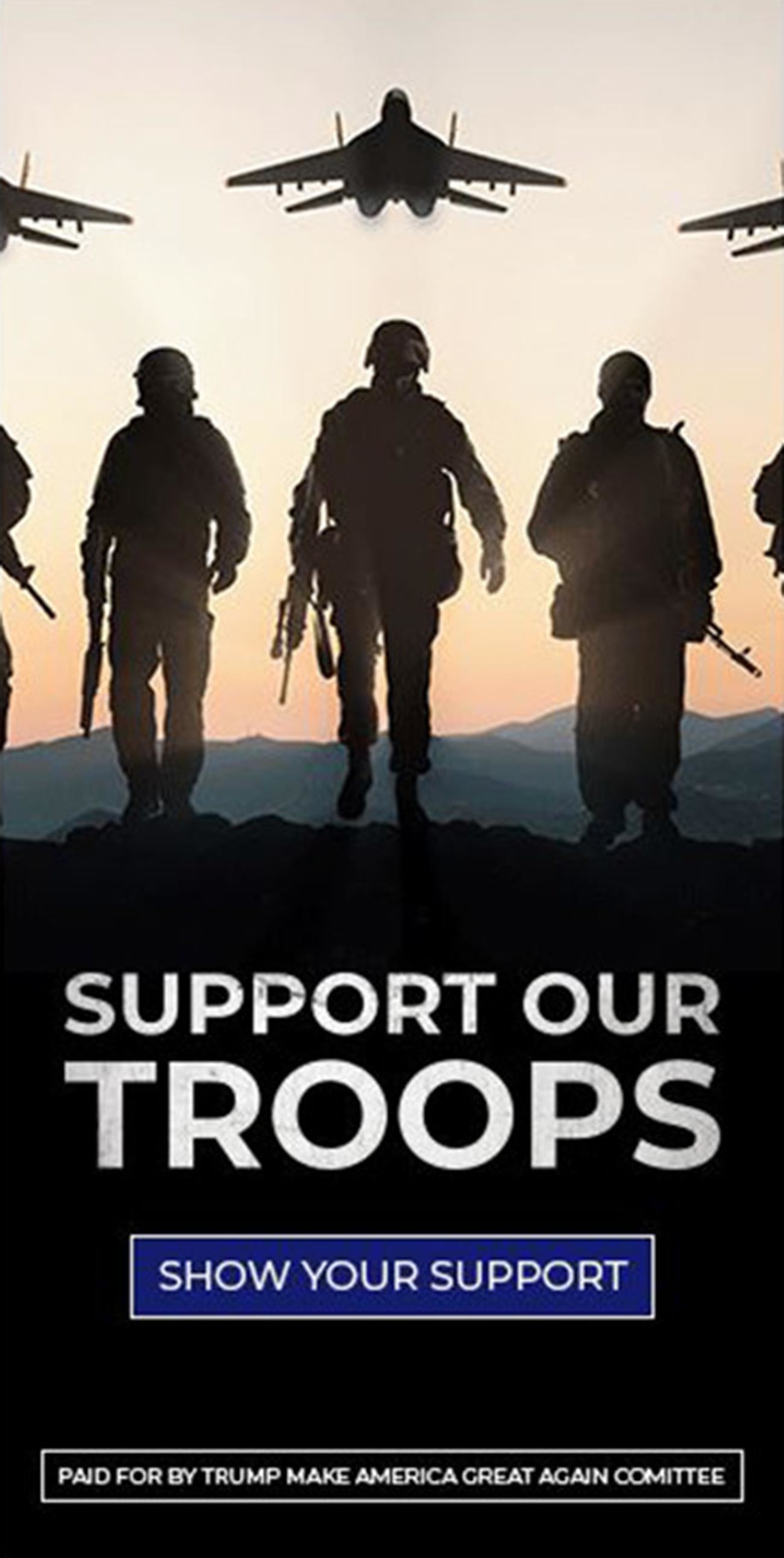 Designers used a stock photo of Russian MiG-29S fighter jet and a soldier armed with an AK-74M machine gun and signed the fundraising ad “Support Our Troops”. Ruslan Pukhov, director of the Centre for Analysis of Strategies and Technologies in Moscow, confirmed to Russia Beyond that the U.S. president’s team did put Soviet-era weapons on their re-election ad. 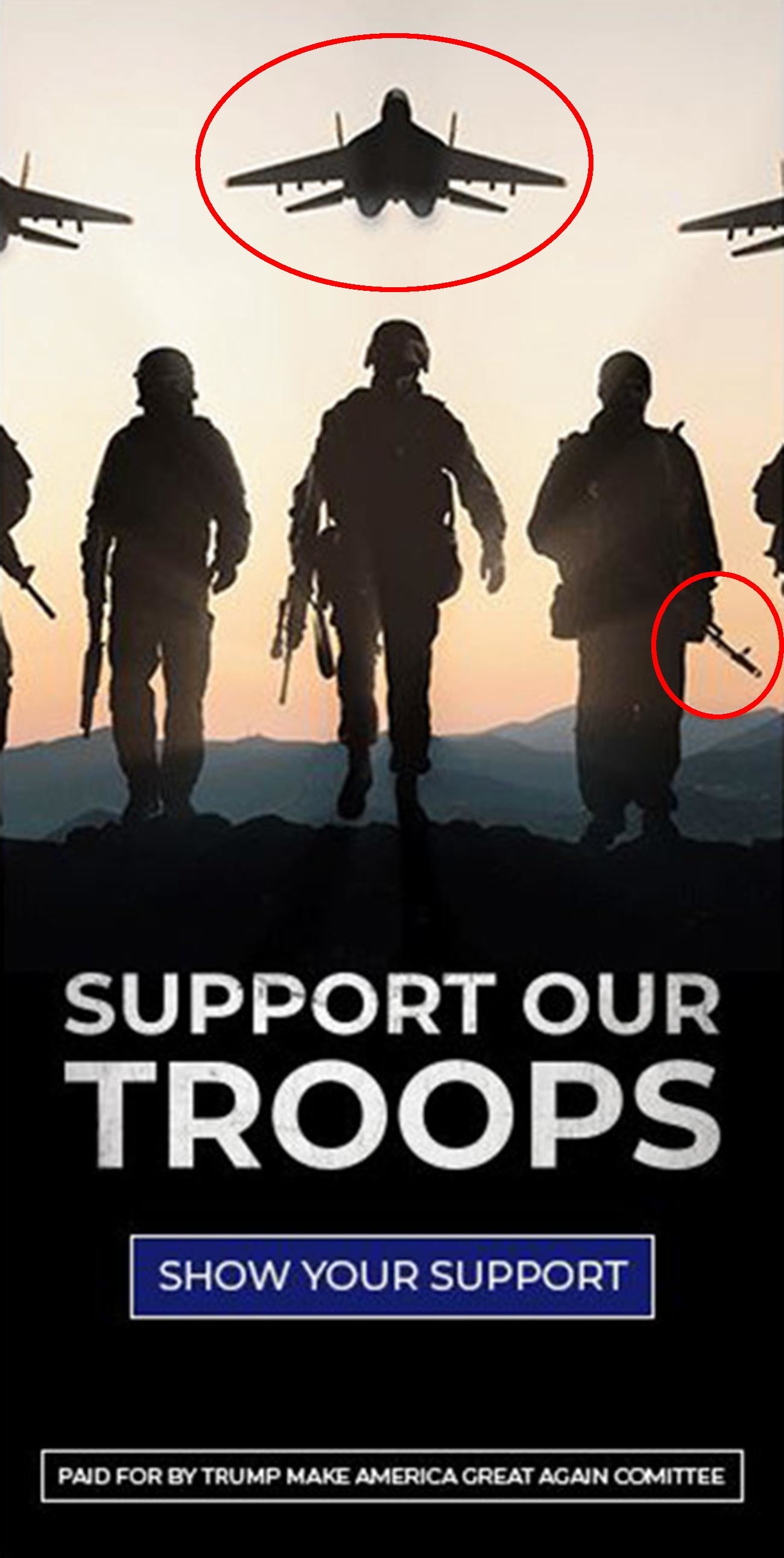 Once the mistake was revealed the ad was immediately removed, yet could still be found on the internet and on media resources pages who were the first to point out the mistake made by the ‘Trump Make America Great Again Committee’, which is run by the Republican National Committee (RNC) and the Trump campaign.

Experts suggest that such mistakes are common in the military world and can happen from time to time.

“Visually from below, a MiG-29 does somewhat resemble an F-16 to a non-professional. It’s no surprise that a designer with no military background made such a mistake. Besides that, little do people know that the U.S. Air Force actually have and use MiG-29 fighter jets on U.S. soil - the U.S. Army uses Soviet-made jets and bombers to train their pilots to fight against potential enemies with such planes,” says editor-in-chief of the ‘Independent Military Review’ magazine Dmitry Litovkin. 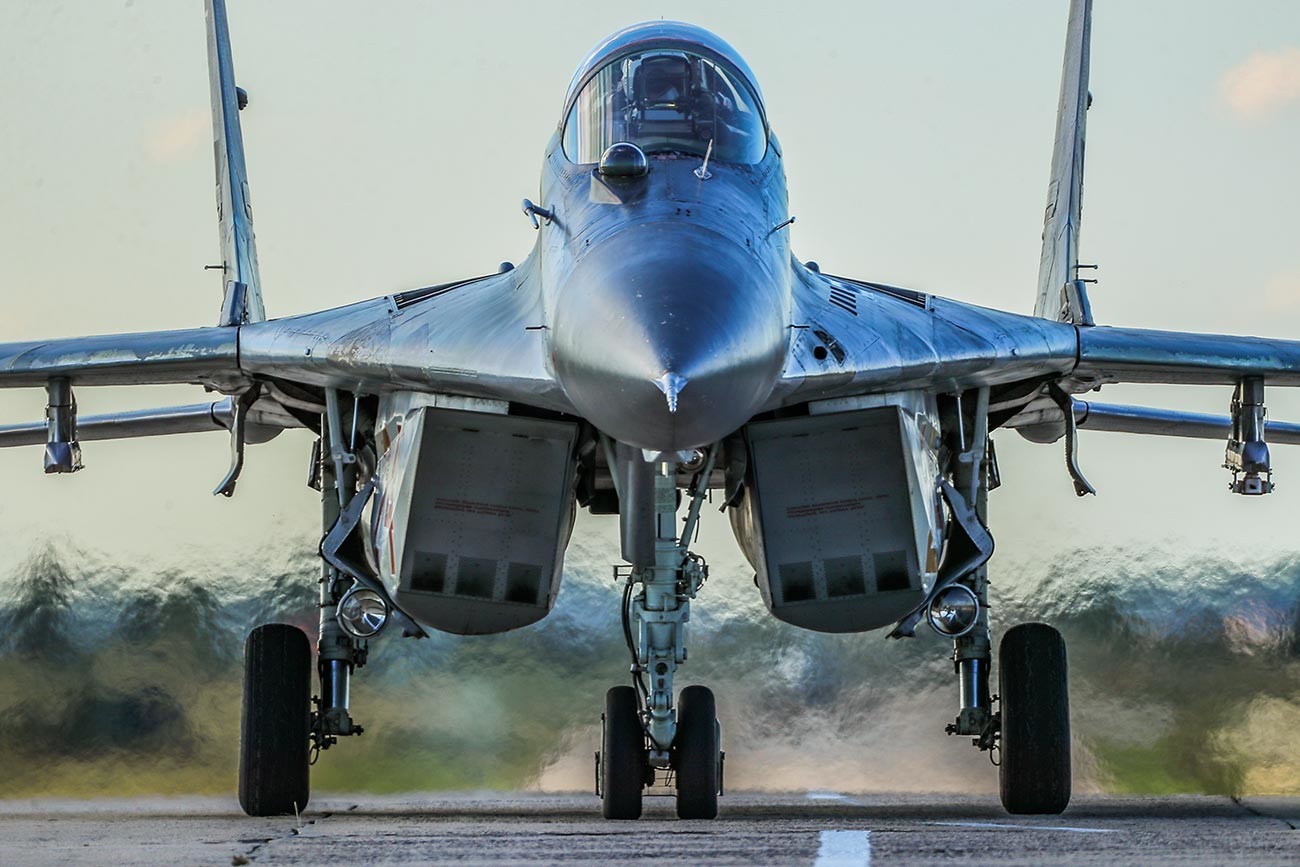 As he noted, even in Russia, designers have inadvertently put U.S.-made weapons in ads praising “our” country’s military.

“Not a long time ago, during a military exhibition show in Nizhny Tagil (1,370 km east of Moscow), designers made an ad featuring a U.S.-made Abrams tank with the invitation to eye-witness Russia’s latest arms,” recalls the expert.

According to him, such mistakes also regularly occur with congratulatory cards. There was a huge scandal in Russia a couple of years ago in Vologda (400 km north of Moscow), when designers mistakenly put Nazi soldiers on WWII veterans’ congratulatory cards with the phrase: “Thanks for the victory”.

The same mistake occurred in 2015 in Tobolsk (1,860 km east of Moscow), when a Nazi soldier was imprinted on a monument praising Soviet WWII veterans with the slogan: “Defenders of homeland forever and ever”.

“So there’s no surprise that a team with no military knowledge put MiGs and AKs on a Trump re-election campaign poster,” concluded the editor-in-chief of the ‘Independent Military Review’ magazine.

The MiG-29 is one of the world’s most produced fighter jets. Since their creation in the mid-1970s, these planes have become one of the main items of Soviet’s, and later Russia’s, arms exports.

The aircraft received an innovative fuselage of its era that drastically improved its aerodynamics, as well as tactical characteristics, compared to the previous Soviet fighter jet models. The plane’s body was made out of aluminum and lithium alloys to decrease the weight. This new alloy could absorb radio waves, thus making each MiG-29 aircraft less visible on enemies’ radars.

MiG designers also made its wings sharper, thus improving controllability of the aircraft even at high speeds. These technical decisions made “twenty-niners” unique planes of their era and made aerobatic teams around the world immediately abandon their planes in favor of Soviet-made MiG-29s.

As for today, the world’s leading aerobatic team, the Swifts, still use MiG-29s in their aerobatic shows. Yet, in the coming years, they’ll be switching their planes for the new MiG-35 fighter jet. You can find all information about Russia’s latest development here.

The same words can be said about a Soviet-made AK-74M.

This assault rifle earned its fame for its durability, accompanied by reliability and tactical capabilities. This AK modification fixed a number of AK-47 cartridge disadvantages, such as accuracy and fire range. You can find out why the USSR dropped the most powerful cartridge for the 7.62 x 39 mm Kalashnikov AKM here.