Remains of 4,450 y.o. Yakut horse to shed light on evolution of viruses 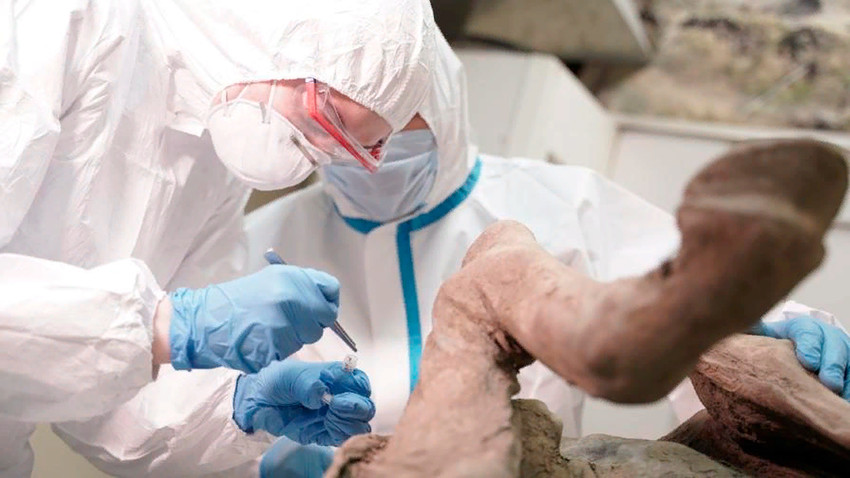 Nina Sleptsova/North-Eastern Federal University in Yakutsk
Astonishingly well-preserved remains of ancient animals, unearthed in the remote Yakutia Region, could help a group of scientists unravel the history of viruses and initiate the development of paleovirology in Russia.

The pilot study is currently in the works as part of a cooperation agreement between Yakutia’s Far-Eastern Federal University and the Siberia-based Vector State Research Center of Virology and Biotechnology (which created one of Russia’s coronavirus vaccines, named ‘EpiVacCorona’.) 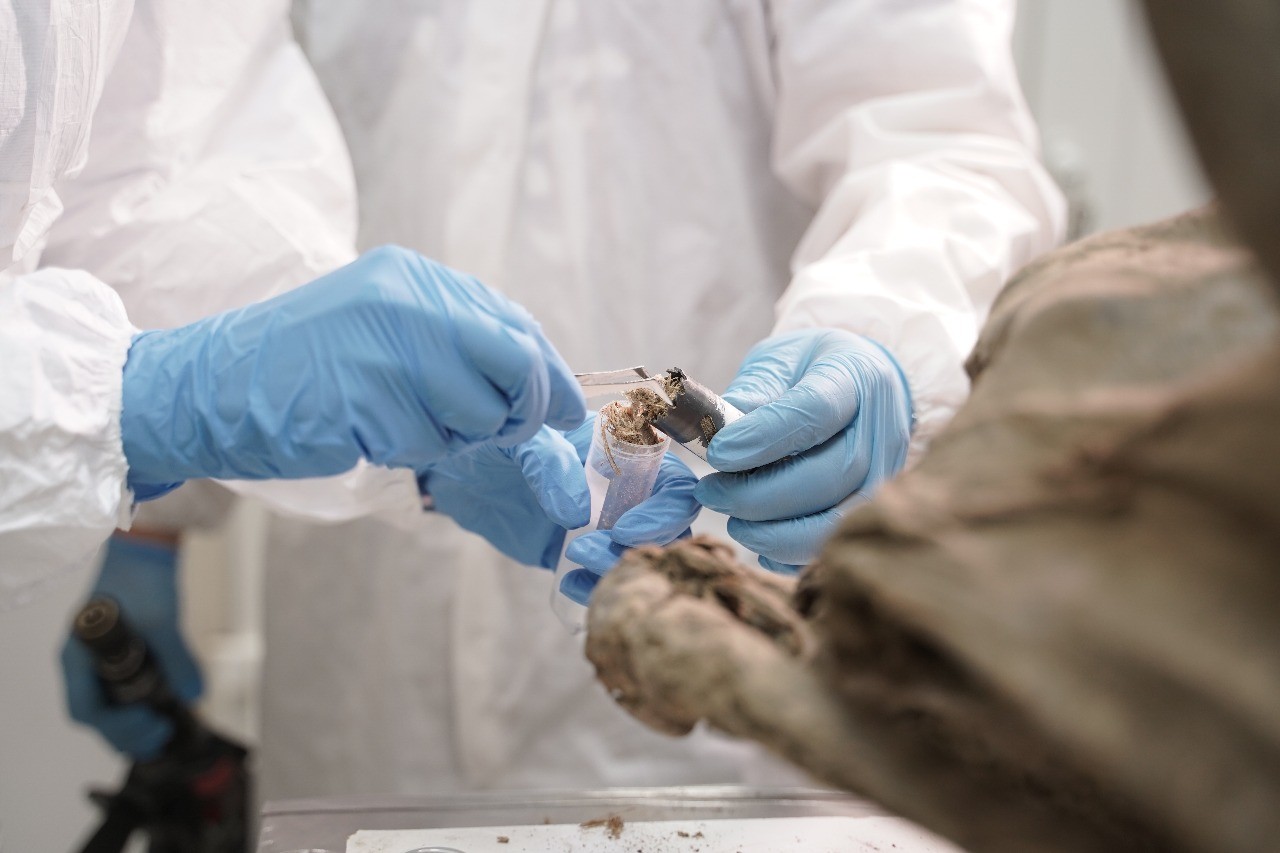 The challenge is to “look for new, unknown microorganisms and study the evolution of already known bacteria and viruses,” Russia’s health watchdog Rospotrebnadzor explained in a statement shared with Russia Beyond.

Scientists have begun their research with analyzing the remains of the Verkhoyansk horse that had lived some 4,450 years ago and was discovered in 2009 in the north-east of Yakutia. The animal, that lives to this day, has long been known for being well-adapted to the extreme cold climate of Russia’s Far East. It spends all of its time outside, not bothered by -60°C (-76°F) frosts or +40°C (+104°F) heat - any weather is, in fact, no problem. 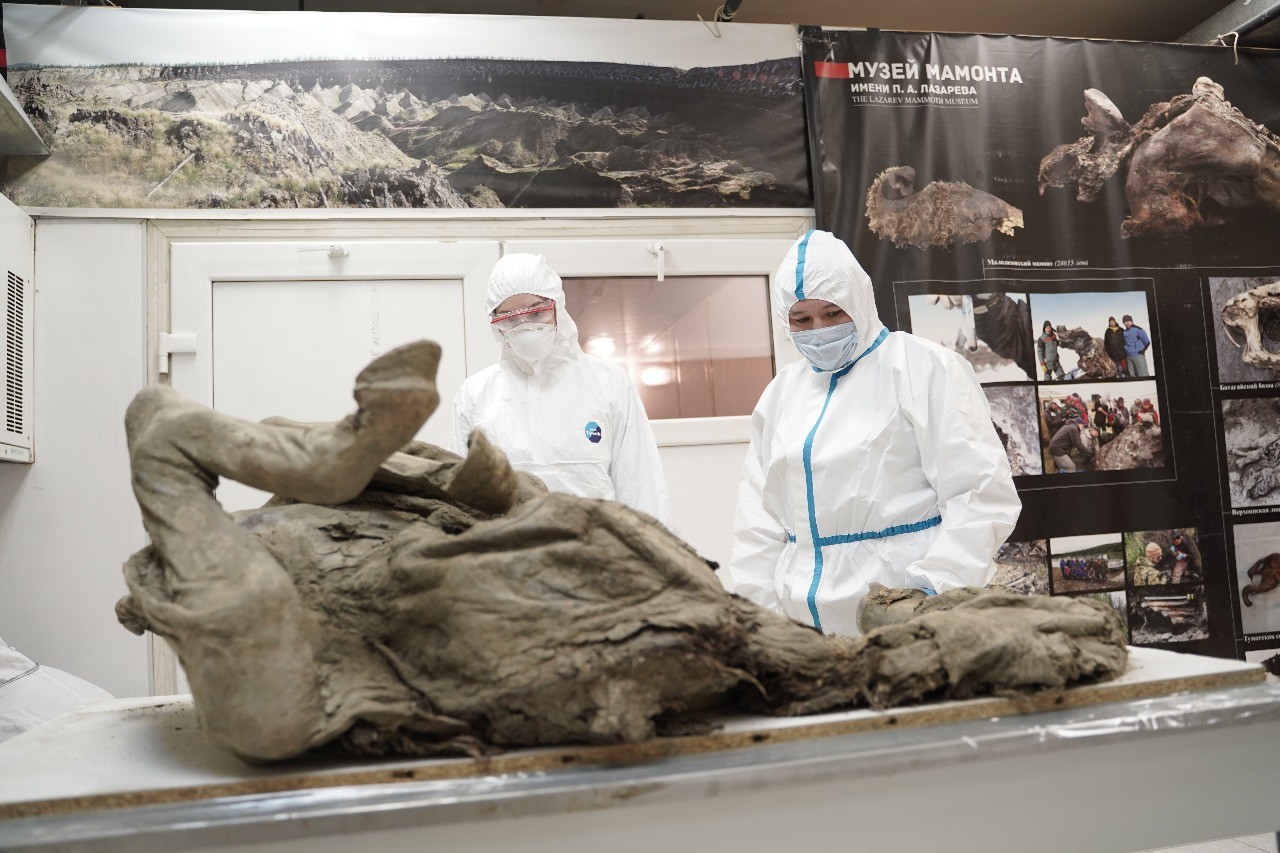 “It’s thanks to the unique climatic and geographical conditions that microorganisms have survived in the permafrost on the territory of the Republic of Sakha (Yakutia). The ongoing study will help obtain more information about the structure of their genome, trace their evolution and predict possible options for changing their biological properties,” the statement said.

READ MORE: ‘The Motherland of Mammoths’: Can the woolly beasts still be found alive in Siberia?

Analysis of the biological material of the Verkhoyansk horse is at the top of the list, because the genome of this ancient animal has been completely decoded. Researchers will study a sample of the horse's soft tissue in exquisite detail, to bring to light all sorts of microorganisms and species of bacteria inhabiting it and trace the changes in its genome.

The carcasses of prehistoric animals, discovered in the permafrost of Yakutia, are kept at the Mammoth Museum. More than 20 species of ancient animals have been carefully preserved in a special freezer at temperatures as low as -18°C (-0.4°F).  Almost all representatives of the megafauna (big animals) of the Quaternary period (the most recent of the three periods of the Cenozoic Era) were discovered by experts from the Mammoth Museum. 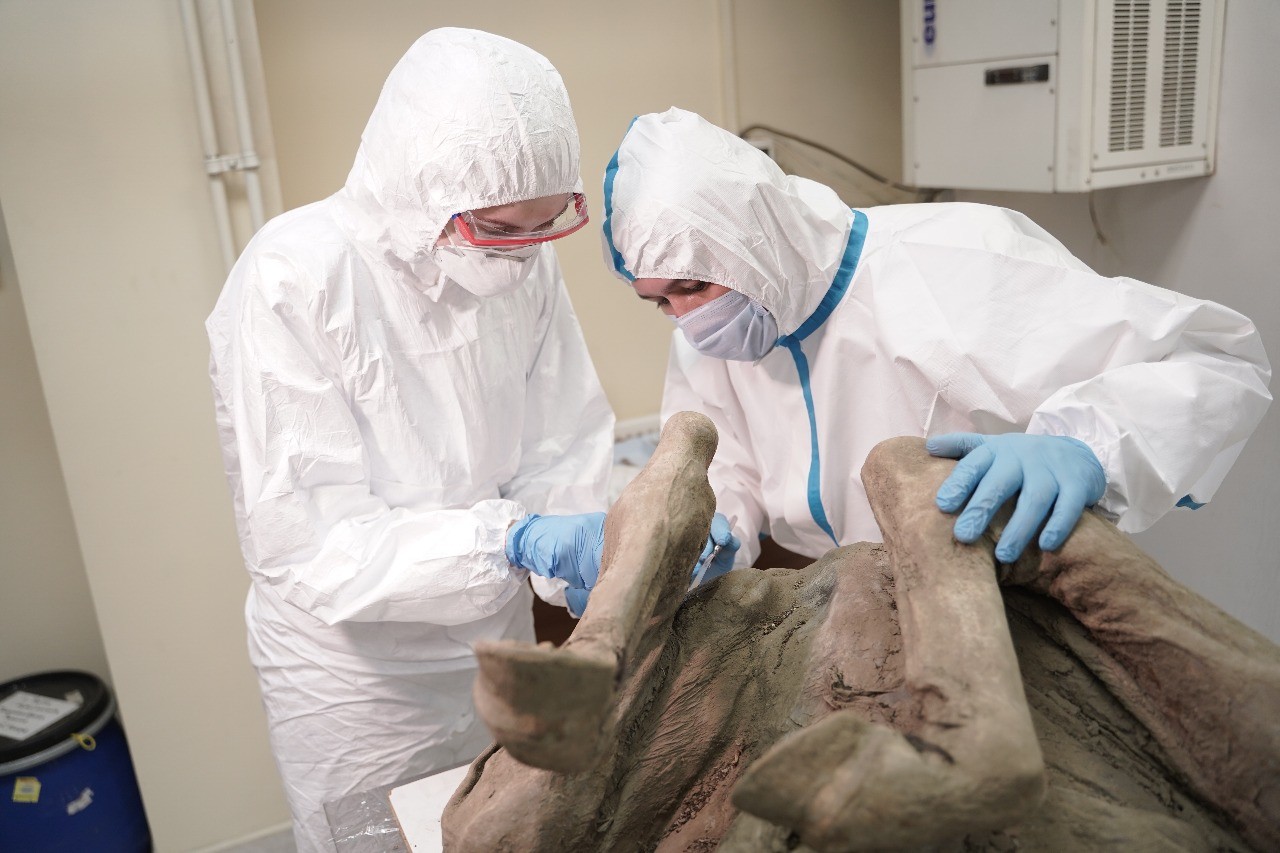 A number of animals of the mammoth fauna will be put under the microscope, including the remains of an extinct mammoth, a horse, a bison, an elk, as well as dogs, various rodents and hares.

“Those are the finds that have been made over the past ten years. They will be examined for the presence of paleoviruses for the first time ever,” says Maksim Cheprasov, head of the laboratory of the Mammoth Museum of Yakutsk.

Analysis of the biological material of the ancient animals will enable scientists to thoroughly assess the diversity of microorganisms, whose DNA and RNA have literally stood the test of time and remained well preserved. Researchers are determined to discover paleoviruses for cutting-edge research in the field of the genetic evolution of viruses. This is what paleovirology is actually about. It’s the study of ancient viruses (the so-called ‘paleoviruses’) and their impact on host genomes. Scientists are prepared to use new ideas and technologies to shed new light on paleoviruses.

The discoveries of the extinct animals are of outstanding universal value and their laboratory analysis will “contribute to the intensively developing sciences - paleomicrobiology and paleovirology,” Russia’s health watchdog believes.