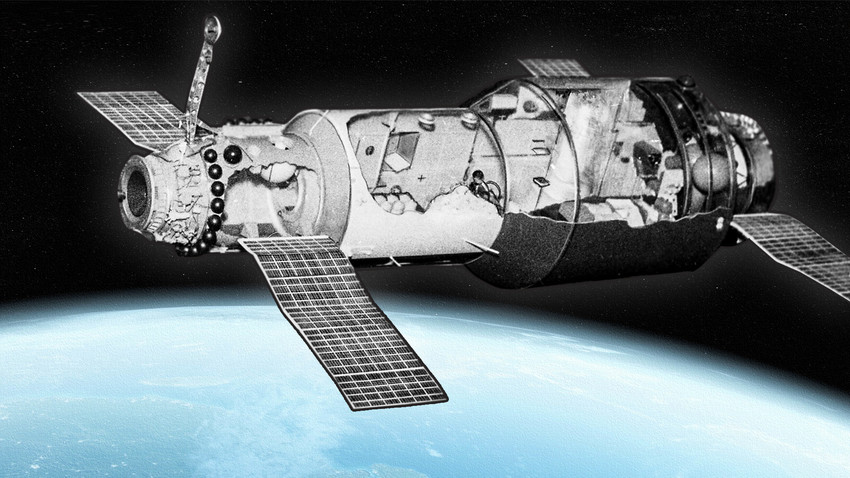 Russia Beyond (Photo: A. Shcherbakov/Sputnik; SCIEPRO/Getty Images)
“Now humans have a home in space.” Fifty years ago, the Soviet Union put into orbit the first space station in history for long-term human habitation - the ‘Salyut-1’.

1. It was developed from another station designed to fire at Earth from space

Initially, another station - a military, rather than civilian, one called ‘Almaz’ - was supposed to be the first to orbit Earth. The Almaz program was the Soviet answer to NASA’s Manned Orbiting Laboratory (MOL) - an orbital station whose main purpose was espionage. The U.S. station had equipment for photography, electronic reconnaissance and other similar devices. 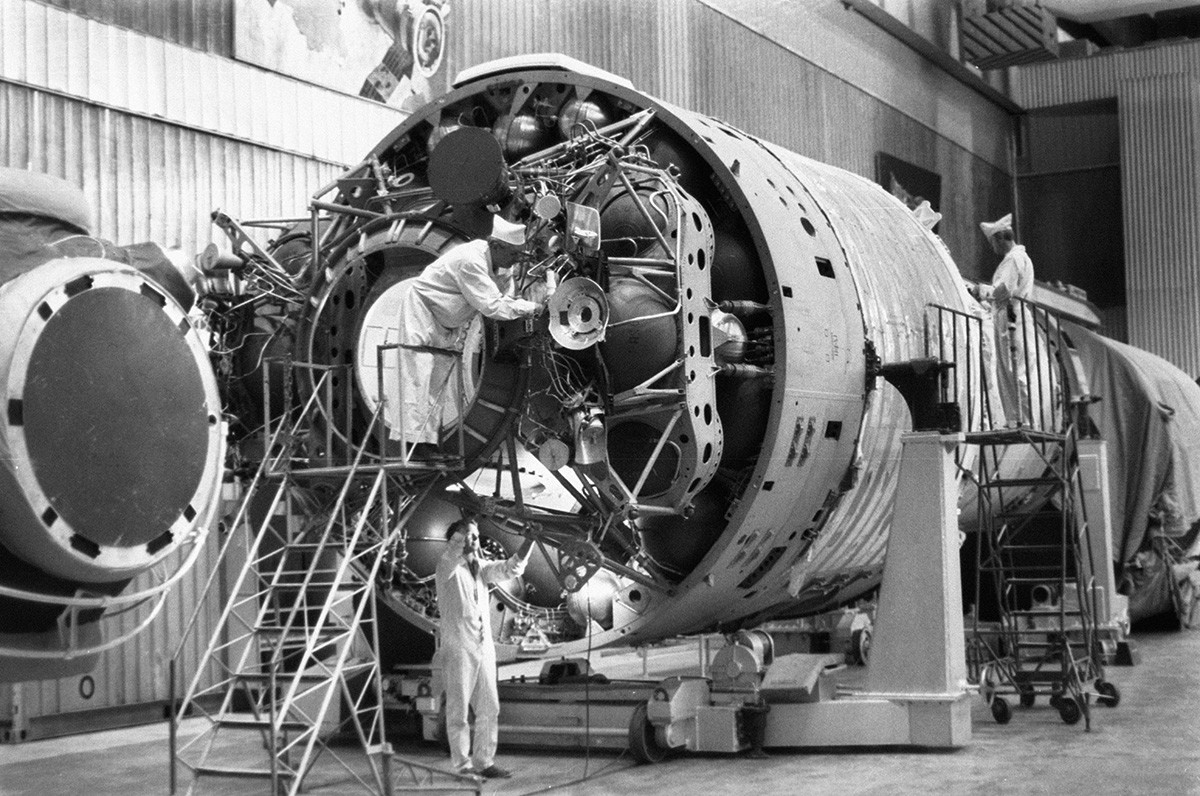 The Soviet Union’s ‘Almaz’ went further and, in addition to its enormous 2.5-meter ‘Agat-1’ telescopic camera (at the time, the world’s most powerful such device for photographing the Earth), the station was armed. According to the design, an aviation cannon would be able to fire at foreign satellites and even Earth from space. But the MOL program was aborted in 1969 and there were still many unresolved technical issues with the half-finished ‘Almaz’. Then, a more viable solution was put forward - to build another station on the basis of ‘Almaz’, but purely for scientific purposes and create the first “host” station in space.

2. It was the first ever ‘residential’ station 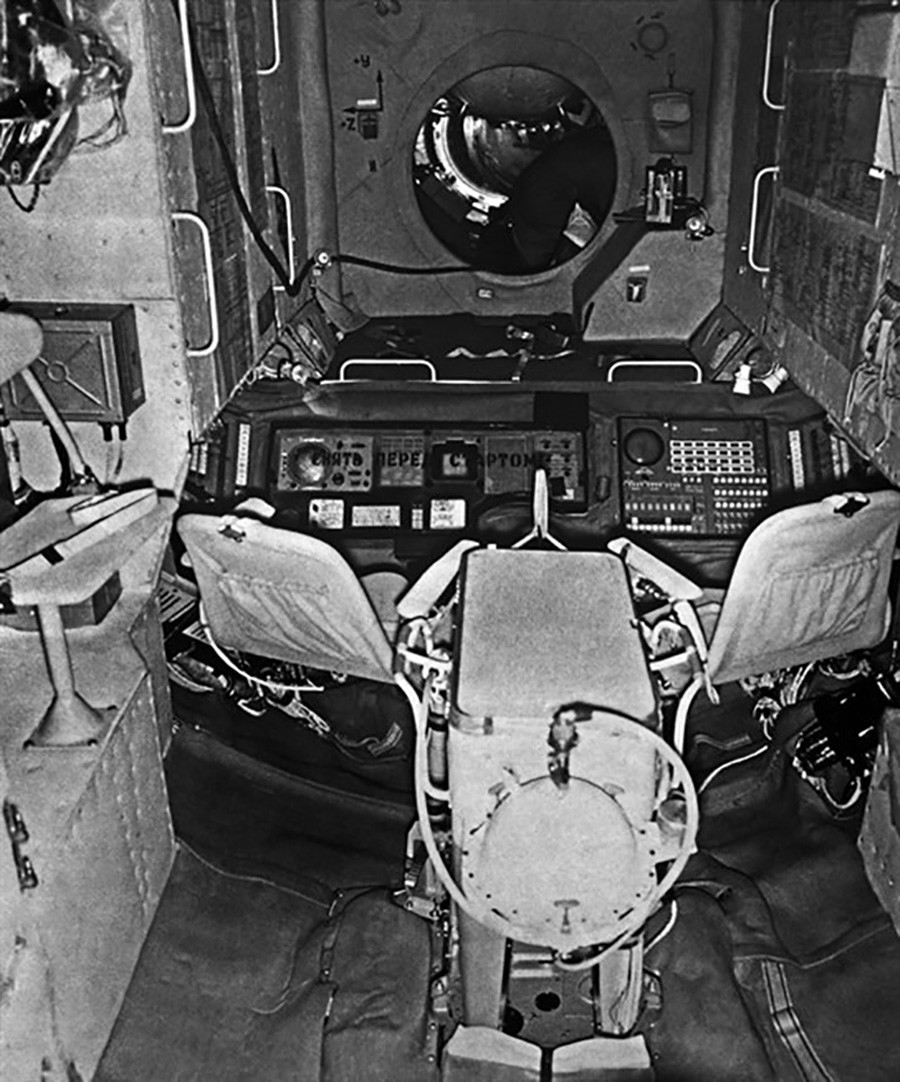 The station was specially built for extended human habitation in orbit. It comprised just one module consisting of three compartments, one of which was technical, fitted with engines and solar panels; another compartment was residential (it was also used for work), designed to accommodate three cosmonauts - where they could eat, drink, sleep and carry out experiments; and the third, the smallest, was the transfer compartment for docking with spacecraft. The whole structure weighed almost 18.5 tons.

3. The first mission ended up stuck in space 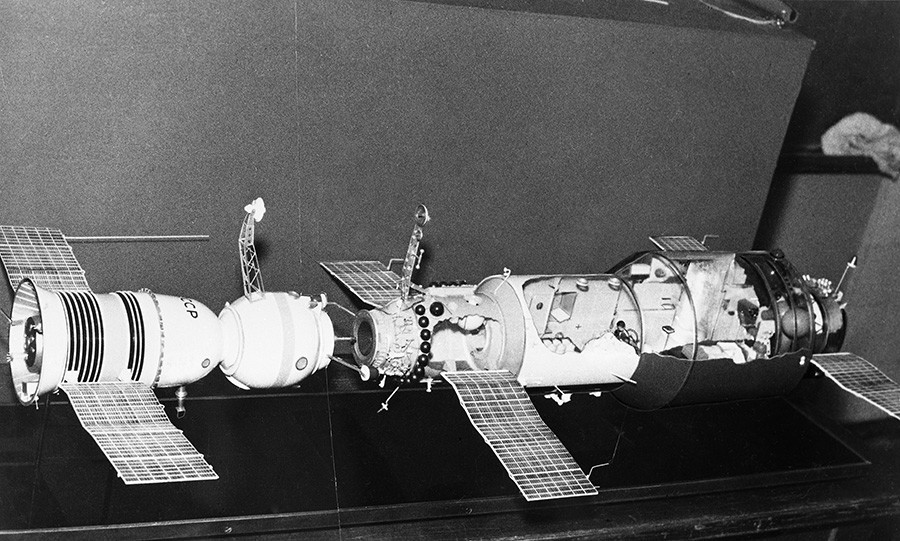 On April 23, 1971, a three-man crew flew up to the station, which had been put into orbit four days previously. The docking was successful, but it proved impossible to form a hermetic passage between the spacecraft and ‘Salyut’. Moreover, the spacecraft’s docking probe had firmly embedded itself in the station’s docking cone and was deformed, so undocking was also impossible. The station was simply holding the spacecraft in its grip.

This continued for around five hours and the situation was close to critical. The crew was saved by lengthy consultations with flight control, which suggested that jumpers be placed in the electronics assembly and this did the trick. The spacecraft was “released” and all three cosmonauts returned to Earth. It was decided not to announce the incident officially and, instead, it was reported that the first flight had been experimental and there had been no plans to go aboard ‘Salyut’.

4. Until Salyut, no-one had stayed in orbit so long 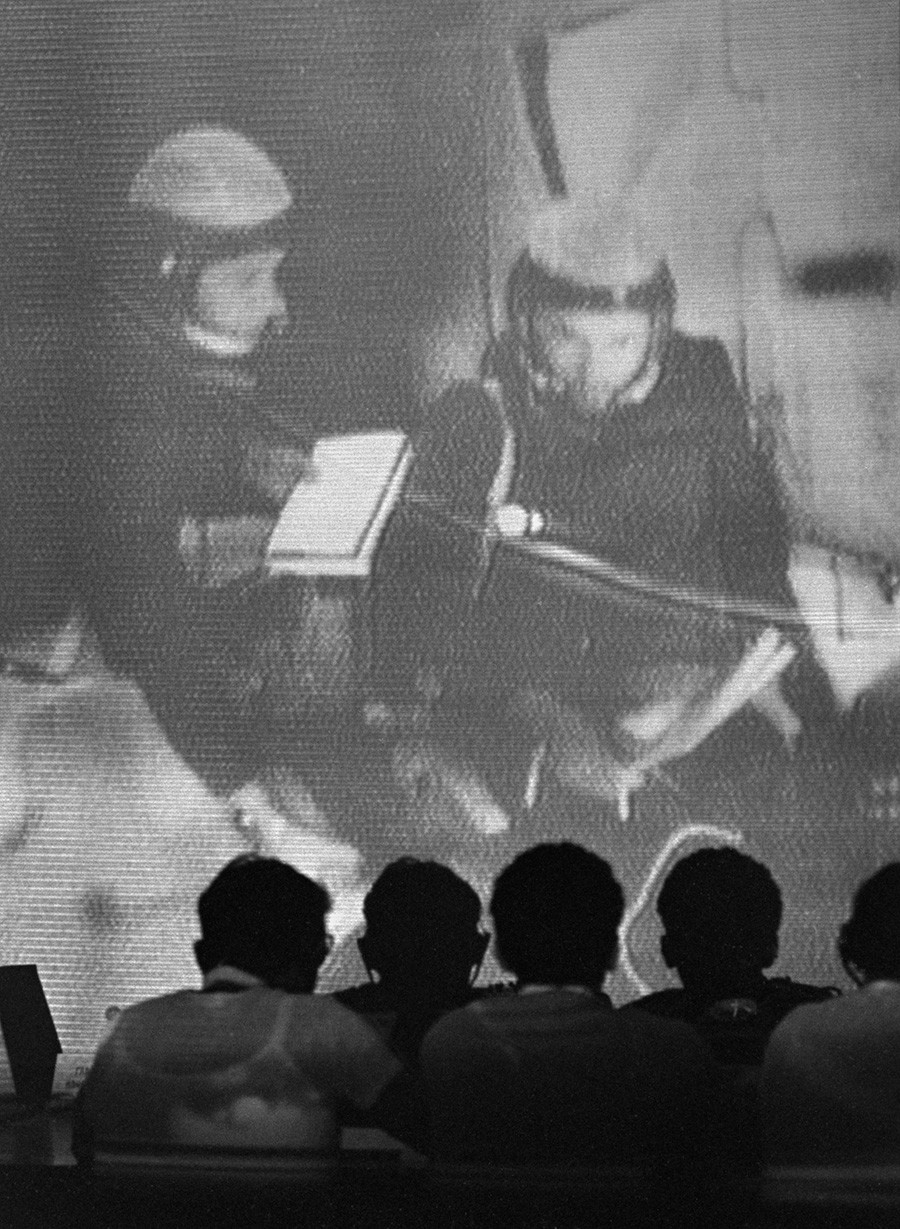 The operators of the flight control platform of the Salyut-1 manned orbital scientific station mission control center during a communication session.

The next mission established a record duration for human endurance in space - the crew were in space for a total of 23 days. The longest flight until then had been considered to be the American Apollo 12 lunar mission lasting 10 days. 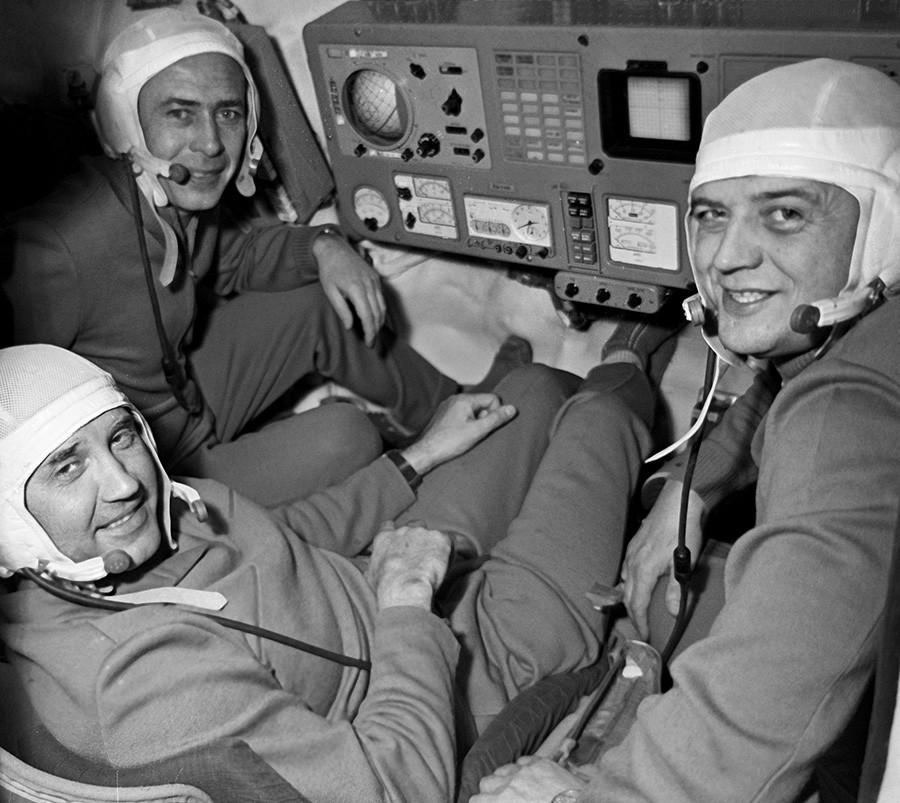 After their 23 days in orbit, the crew, composed of Lt. Col. Georgy Dobrovolsky, flight engineer Vladislav Volkov and research engineer Viktor Patsayev, mothballed the station for the next mission, undocked normally and headed for Earth. When they were already at an altitude of approximately 150 km above the Earth, at the descent stage, a pressurization failure of the reentry module occurred. In a matter of seconds, the air valve released the pressure in the cosmonaut’s module to a level incompatible with human life: Oxygen starvation and acute decompression sickness leave a human being with only a few minutes to live amid unspeakable pain, burst eardrums and brain fog.

The capsule landed normally, but the rescuers discovered the dead cosmonauts inside. They were buried in the Kremlin Wall Necropolis.

6. The main crew survived because of a dark spot on the lung 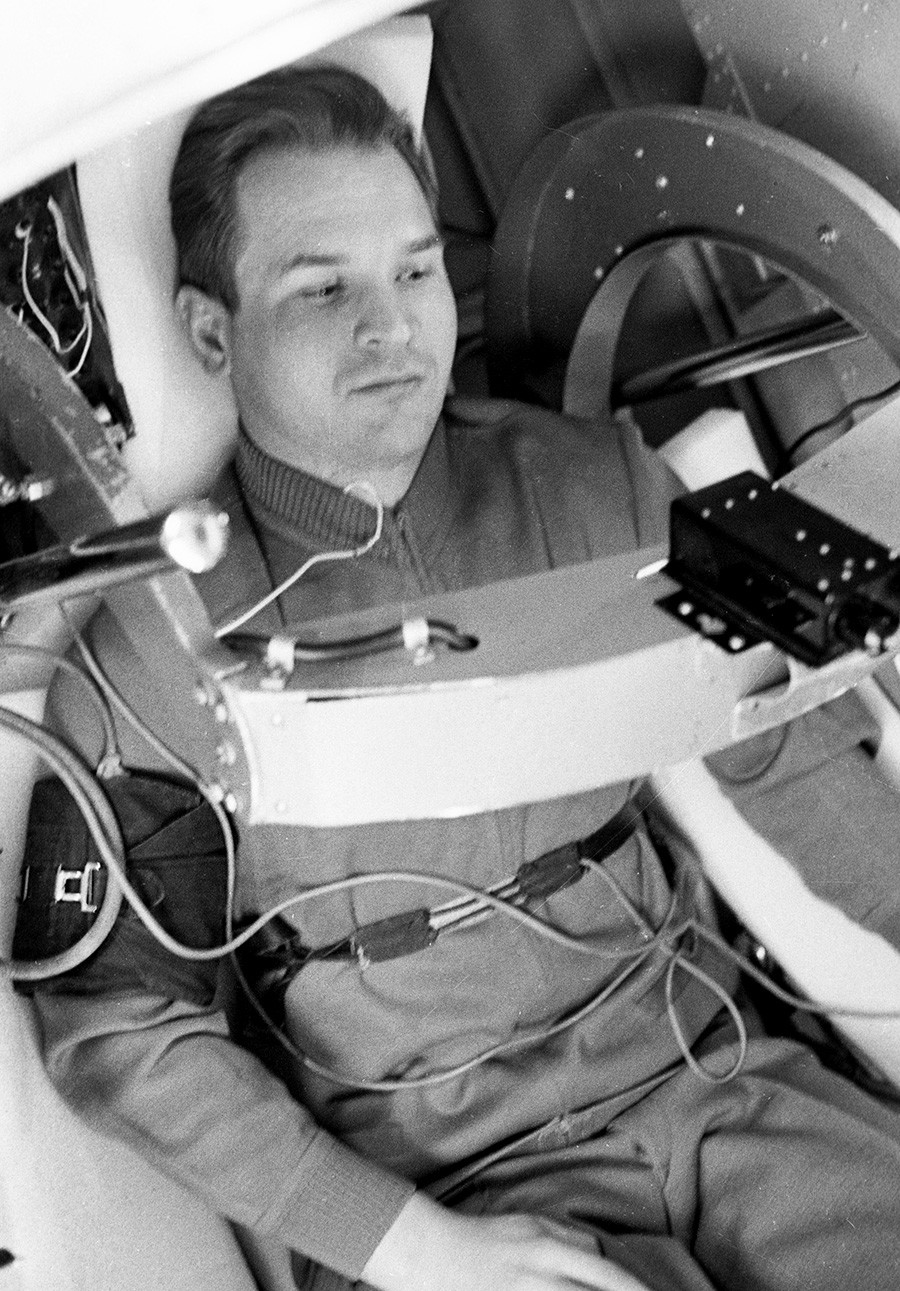 By tradition, two crews are trained for a flight - the main crew and a back-up. And Dobrovolsky, Volkov and Patsayev who died had actually been the back-up crew. Three days before launch, it was decided not to send up the main crew. Doctors found a shadow on the lung of Valery Kubasov, one of the cosmonauts, which they interpreted as the early stages of TB. After lengthy discussions, the state commission decided to replace the whole crew.

It emerged only later that what the doctors had diagnosed as TB had actually been a reaction to plant blossom. Kubasov eventually went into space twice after the incident.

7. The cosmonauts went without survival suits 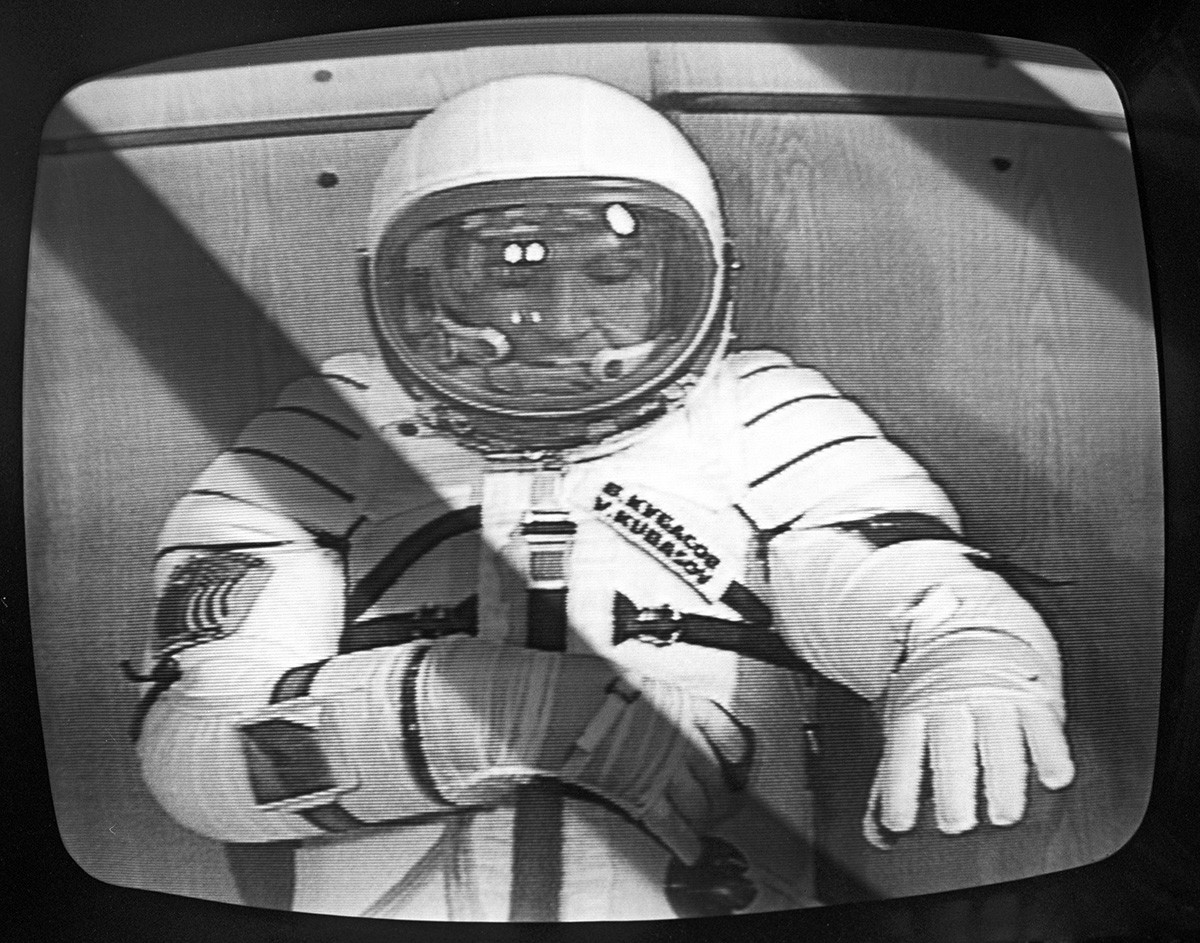 The disaster would probably not have occurred if the cosmonauts had been wearing emergency survival suits capable of maintaining life support for at least a certain period of time. But the crew were wearing rubberized suits, as the series of ‘Soyuz’ spacecraft then in operation did not include survival suits for the crew.

Urgent work to develop such a spacesuit began after the disaster.

Read more: The evolution of Russia’s spacesuit - from Gagarin to now (PHOTOS) 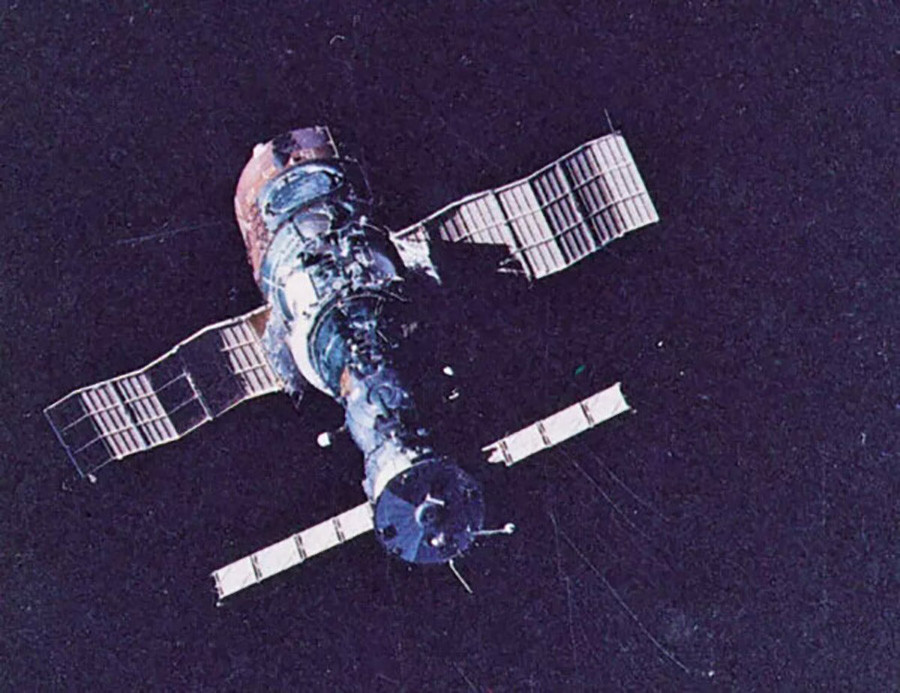 Work on ‘Salyut’ was stopped after the tragedy: The station continued its orbit in auto mode. It was decided to carry out additional development of manned space travel and to bring the station back down to Earth. On October 11, 1971, fragments of the station that did not burn up in the dense layers of the atmosphere ended up in a “spaceship cemetery” located at the bottom of the Pacific Ocean away from shipping lanes.

9. Salyut-1 was so secret that no photographs survive

Because of the secrecy surrounding the whole of the Soviet space program, no genuine photographs of the station are available anymore. A different, earlier name - ‘Zarya’ (‘Dawn’) - was even inscribed on its side and this was never changed because no-one would have seen it anyway. ‘Dawn’ was also the name of a Chinese satellite, which is why the first orbiting station was renamed ‘Salyut’.

10. Without it there would have been no ‘Mir’ or International Space Station 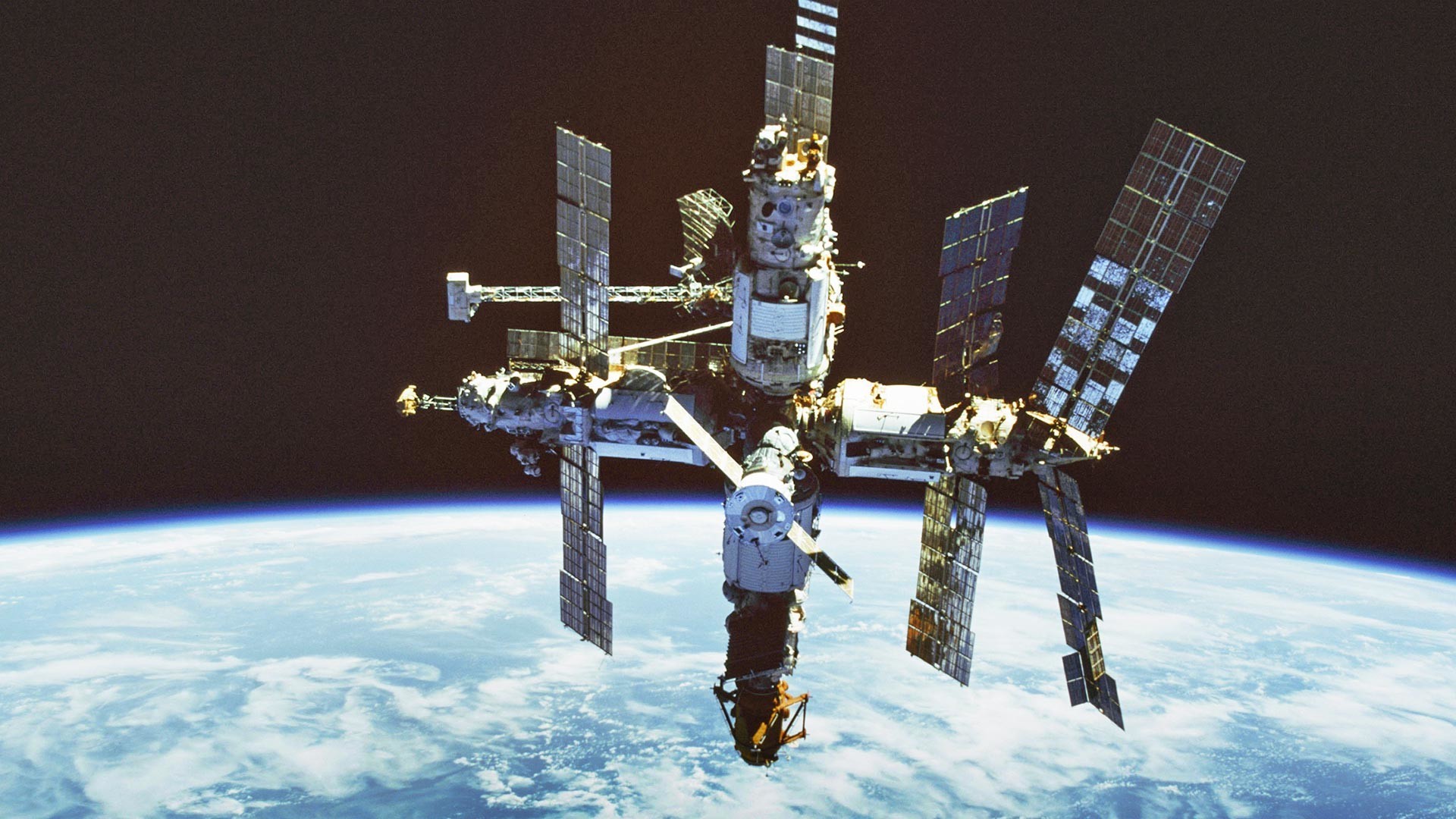 After the first ‘Salyut’, there was a two-year gap in the space program, after which another 10 (!) modified stations were launched under the same name. ‘Salyut’ also became the prototype of the ‘Mir’ orbiting complex and the Russian segment of the International Space Station.