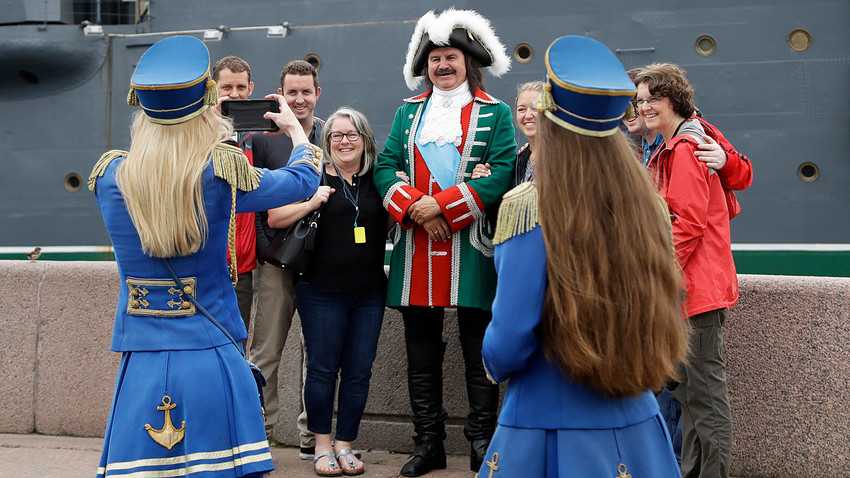 Tourists pose for a photo in front of the Aurora cruise ship.

AP
Starting Oct. 1, tourists and businesspeople from 53 countries will be able to visit St. Petersburg on a simplified electronic visa. City authorities expect a tourism boom, and local tour guides anticipate more work. Together with requests about the climate, inflation and average salary, they have to answer questions that always make them smile.

1. Do rivers and canals freeze during the winter? Do you skate on them? 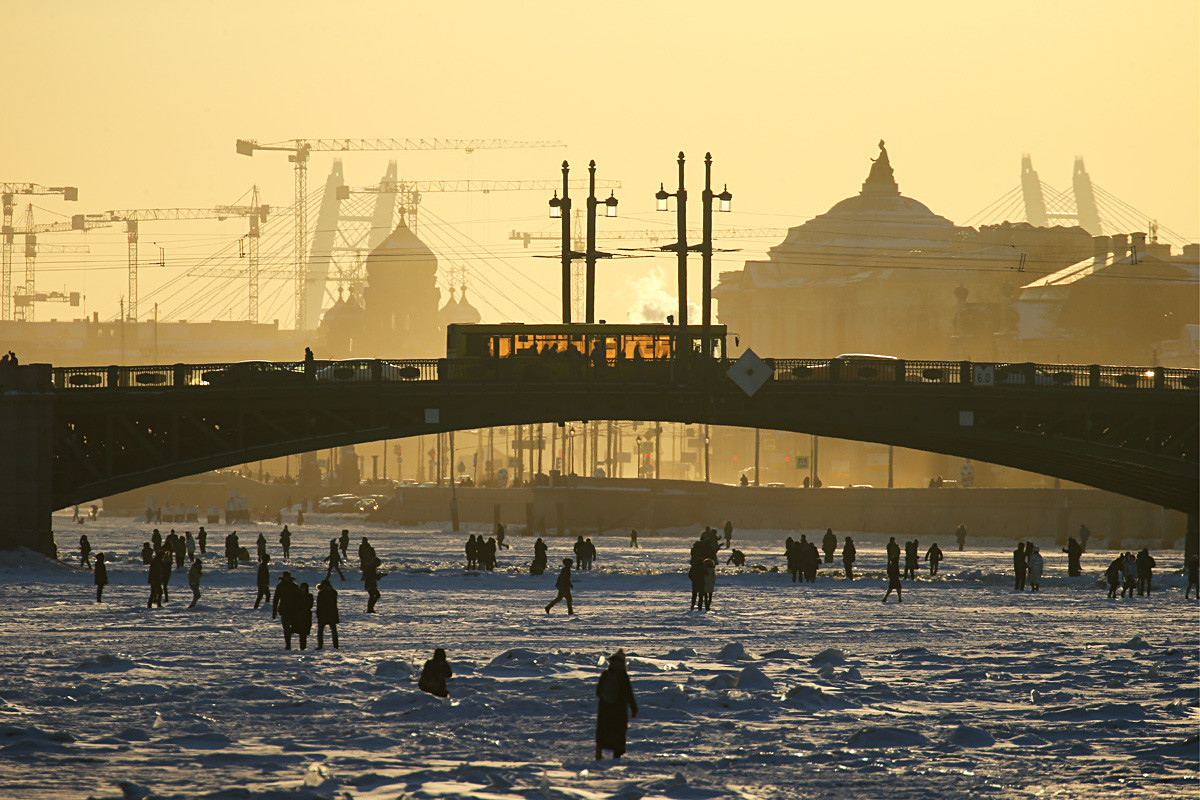 Normally, the Neva River and other waterways freeze between Nov. 25 and Dec. 5. Although in recent years, due to the effects of global warming, for example, in 2018 it happened 6 days later than usual. But in the 18th and 19th centuries frozen rivers were utilized for organizing ice-rinks, horse-racing arenas and toboggan slides on their surface. Starting in 1895, several tram lines operated on the frozen Neva, and there were no incidents of falling through the ice during 15 years of operation.

These days, locals walk across the ice on frosty February and March days (it is usually 0.3-0.4 meters thick), but almost nobody ice skates since it requires the snow to be removed. Starting in mid-March, you can be fined heavily for ice walks because the ice starts to break apart in early April.

2. What kind of tree/flower/bird is that? 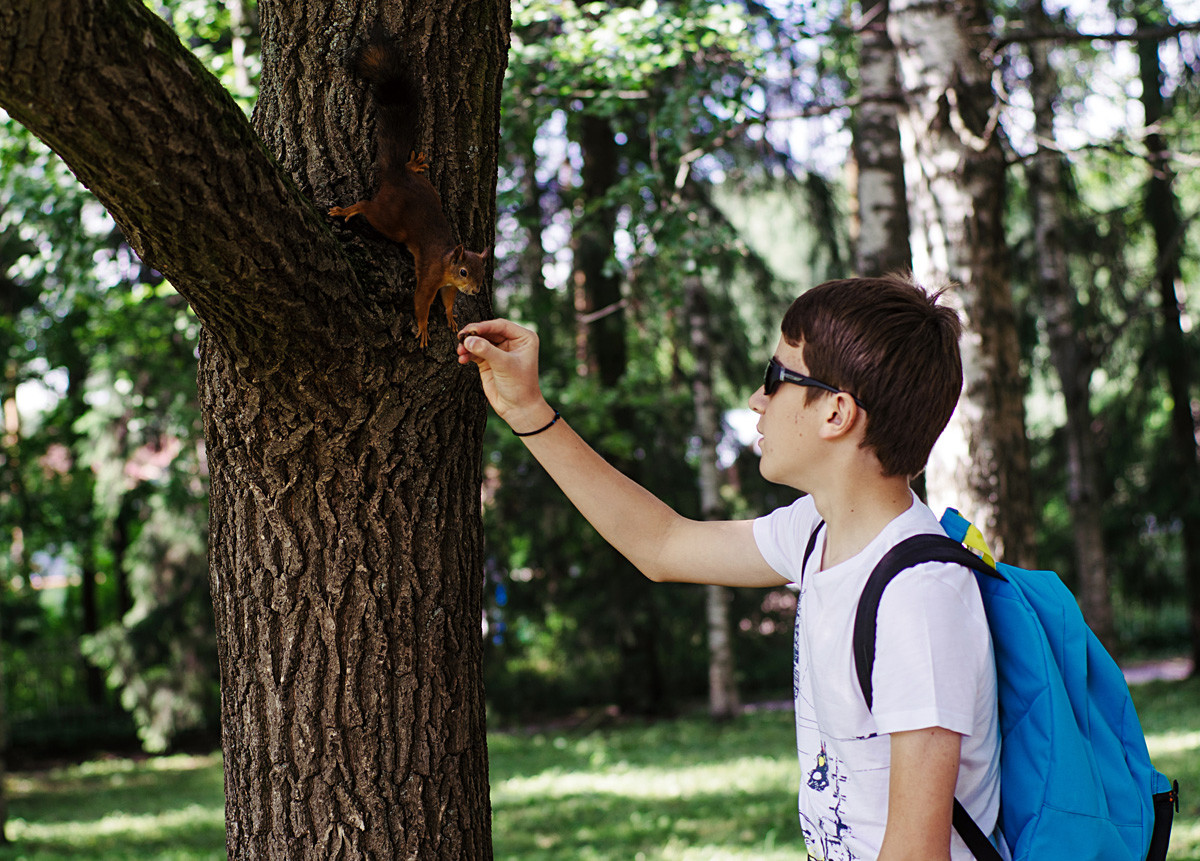 A boy feeds a squirrel at the Pavlovsk State Museum Reserve near St. Petersburg.

To the surprise of local guides many tourists are more interested in the city’s flora and fauna then architecture and history. Quite often they have to refer to colleagues or check botanic dictionaries to answer these questions. “We are so used to our natural surroundings and don’t even notice it,” says Alexey Kotkin, who specializes in ecological excursions in St. Petersburg and the Leningrad Region. “In general, Europeans are definitely more curious about nature, especially Scandinavians. We don’t appreciate what we have around us and don’t know how interesting it is. Russians think a hedgehog eats apples, while rivers and parks exist only for shashlyk.” Probably, a special course for tour guides about trees, flowers, birds and fish would be helpful.

3. Is there a local dialect in St. Petersburg? 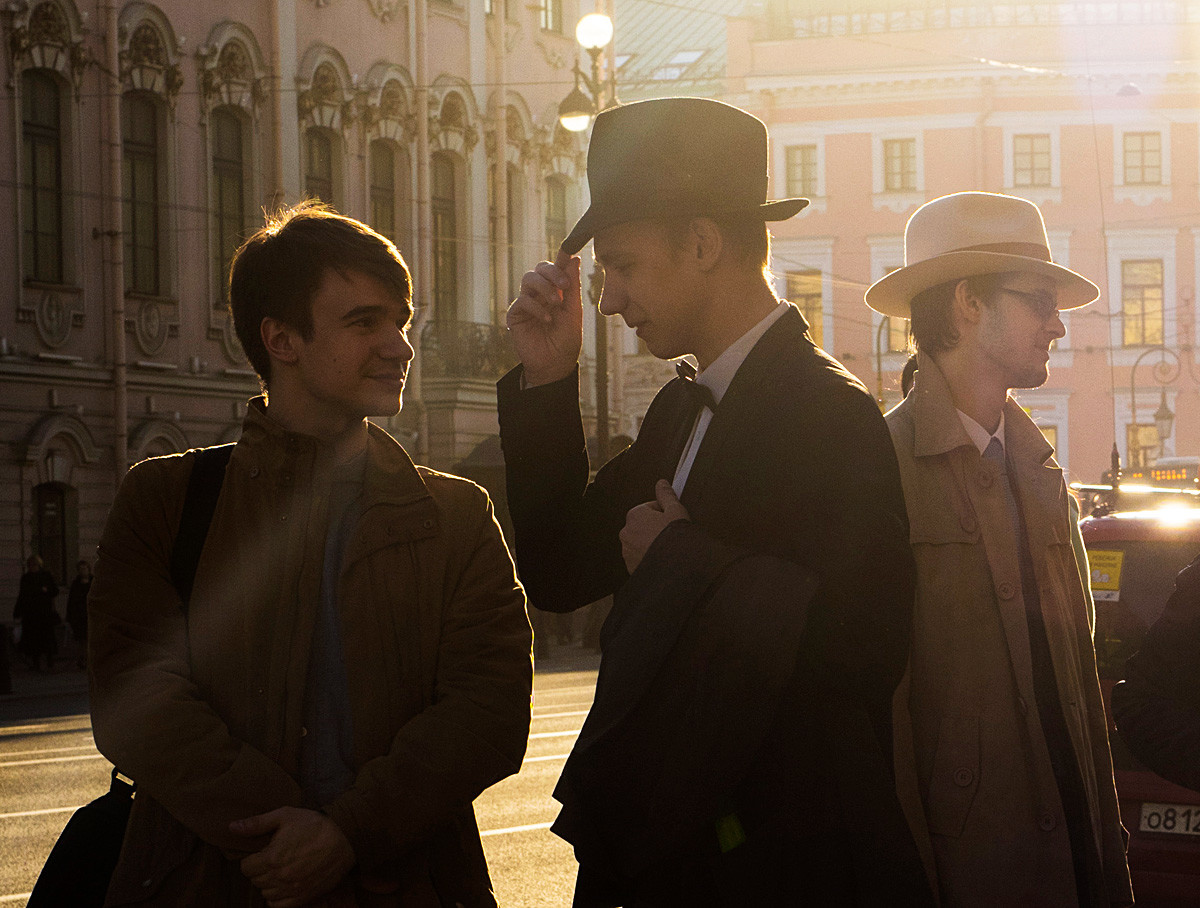 No, some residents even can be offended when they hear the word “dialect”, because they consider their way of speaking to be the linguistic norm for the whole country. But, honestly, you can’t recognize Petersburg inhabitants until they use some words: “paradnaya” instead of “podyezd” (entrance); “porebrik” instead of “bordyur” (curb); “shaverma” instead of “shaurma” (street food made of flatbread, meat, vegetables and a secret sauce); and etc. There are about 50 linguistic differences that became part of the city’s identity. That’s why in bookshops you can find humorous postcards that teach you the local vocabulary.

4. Are there any specialties in local cuisine that we must try while we are here? 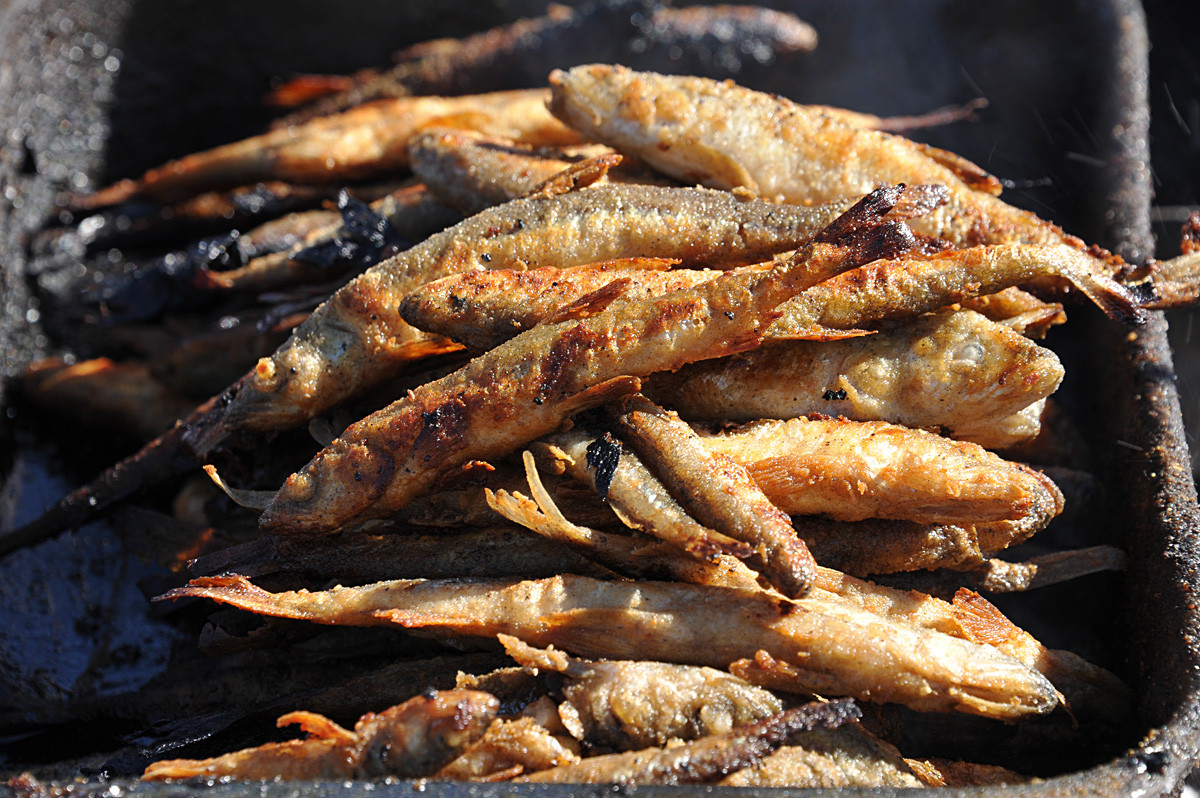 The most obvious choice is smelt (korushka in Russian) - the small fish is caught in the spring from the waters of the Gulf of Finland. Although it's a seasonal delicacy, in some places it can be found throughout the year.

Also, sweet doughnuts or "pyshkas" are regarded as a local speciality.

If you are up for more sugar, order kartoshka cake, mindalnoye (almond) cookie or Sever cake with chocolate cream.

And don't forget to have Leningrad rassolnik and Metropol cutlet for your lunch or dinner!

5. Why are both Peter I and Catherine II called “Great”? Were they  husband and wife? Was Catherine the daughter of Peter the Great? 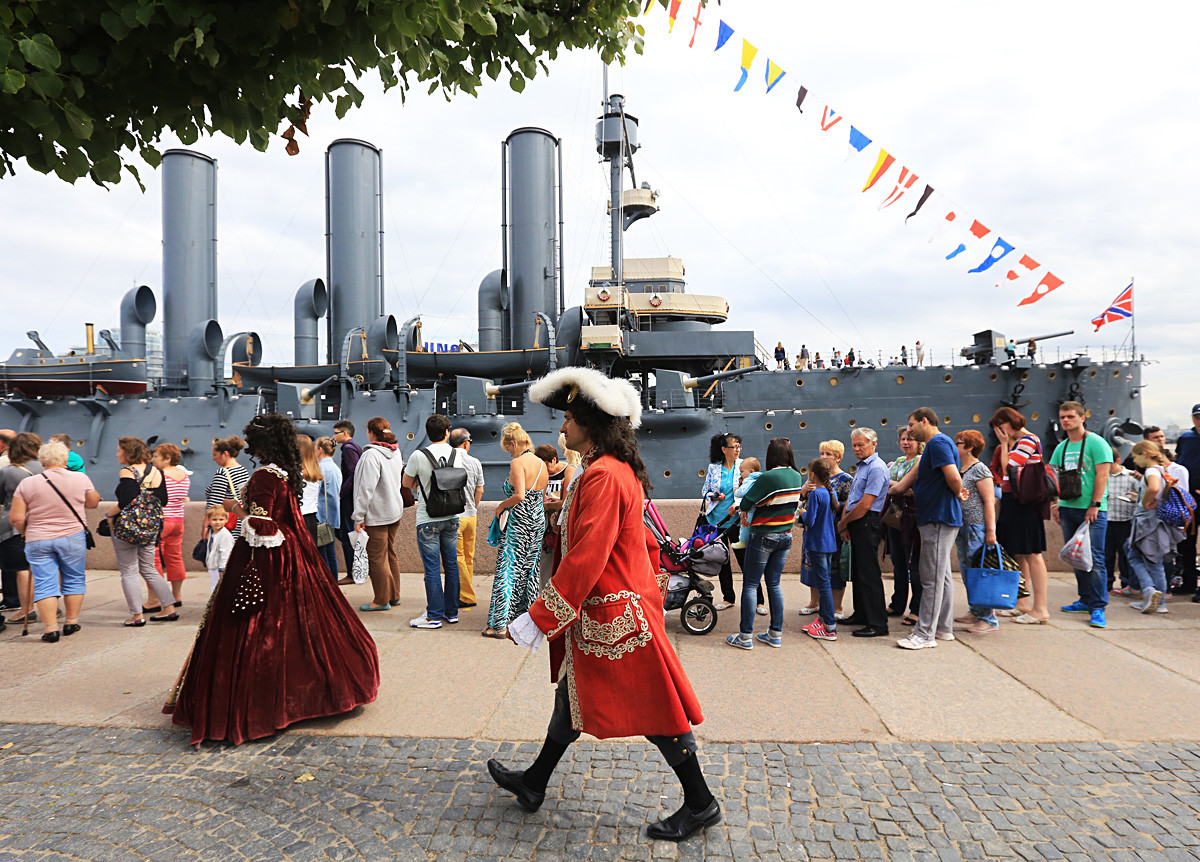 People stand in a queue to see a new exhibition on the Russian Aurora cruiser, a branch of the Central Naval Museum.

In 1721, Tsar Peter was proclaimed as Emperor, Father of the Motherland and the Great by the Governing Senate. There were numerous reasons for this - his state reforms, creation of the Russian Navy, the policy of Westernization, the foundation of St. Petersburg, as well as commercial and military expansion. Peter's legacy causes stormy discussions, but everyone will agree that he changed the course of Russian history forever.

Peter's wife was Catherine I, and they had 11 kids, but all of them, except 2 daughters, Elisabeth and Anna, died in infancy. Catherine II didn't have a drop of Russian blood, as she was German Princess Sophie Friederike Augusta of Anhalt-Zerbst, who married Peter the Great’s grandson, Peter III. After overthrowing her husband, she was Empress for 34 years. She was a pen-friend with French philosophers, as well as an important patron of the arts and education. During her rule church lands were secularized, new laws provided the gentry and urban dwellers with broad rights for self-government and the borders of the Empire were extended both to the south and west.

6. Why are drainpipes so big? And why does water go directly onto the street? 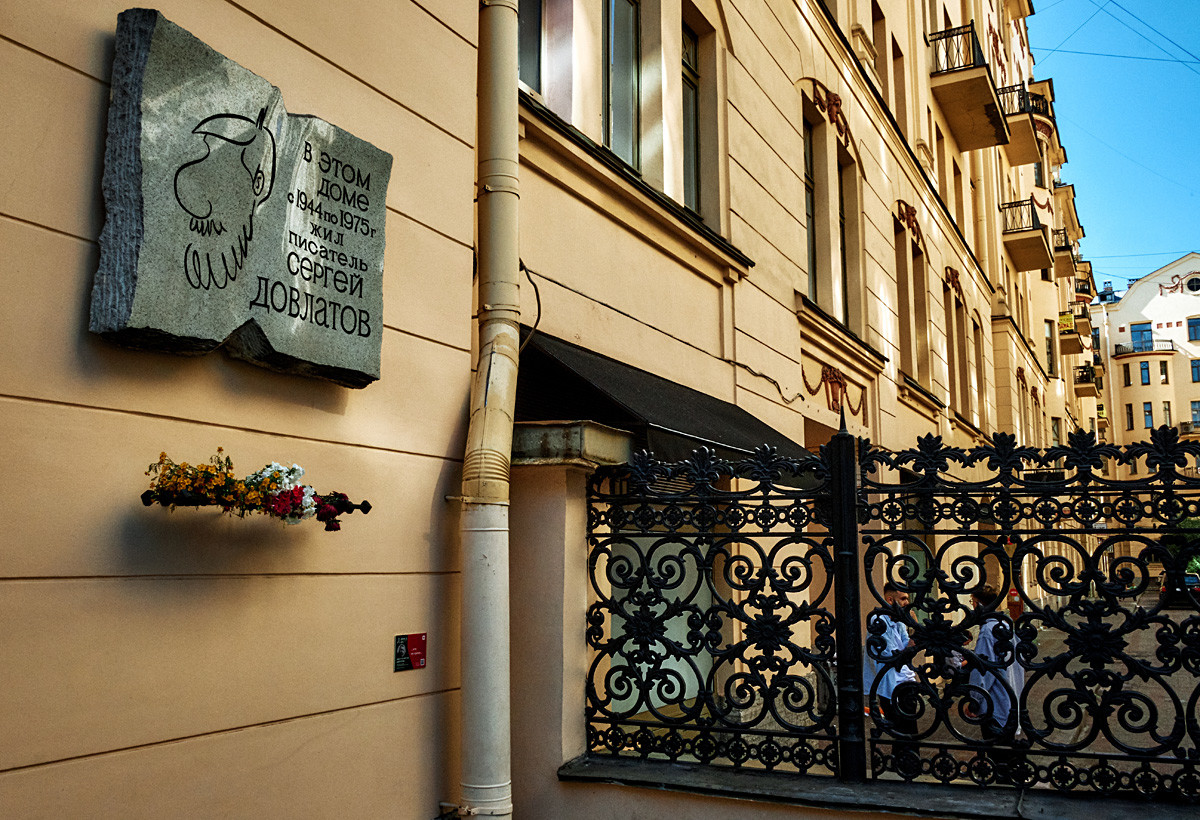 The house on Rubinstein Street where writer Sergei Dovlatov lived.

The size of drainpipes is determined by building norms and regulations dating to 1976. "Their diameter was based on the square of the roof surface," says Anton Zhirnov, a tour guide for the project, "St. Petersburg through the eyes of an engineer." He explains that if a building has six floors or more, the pipes must be hidden inside. But if it has five floors or less, then outer gutters are allowed. And because the historic center of the city consists of old buildings dating to the late 19th and early 20th century, the disproportional Soviet-era pipes often attract the attention of foreigners.