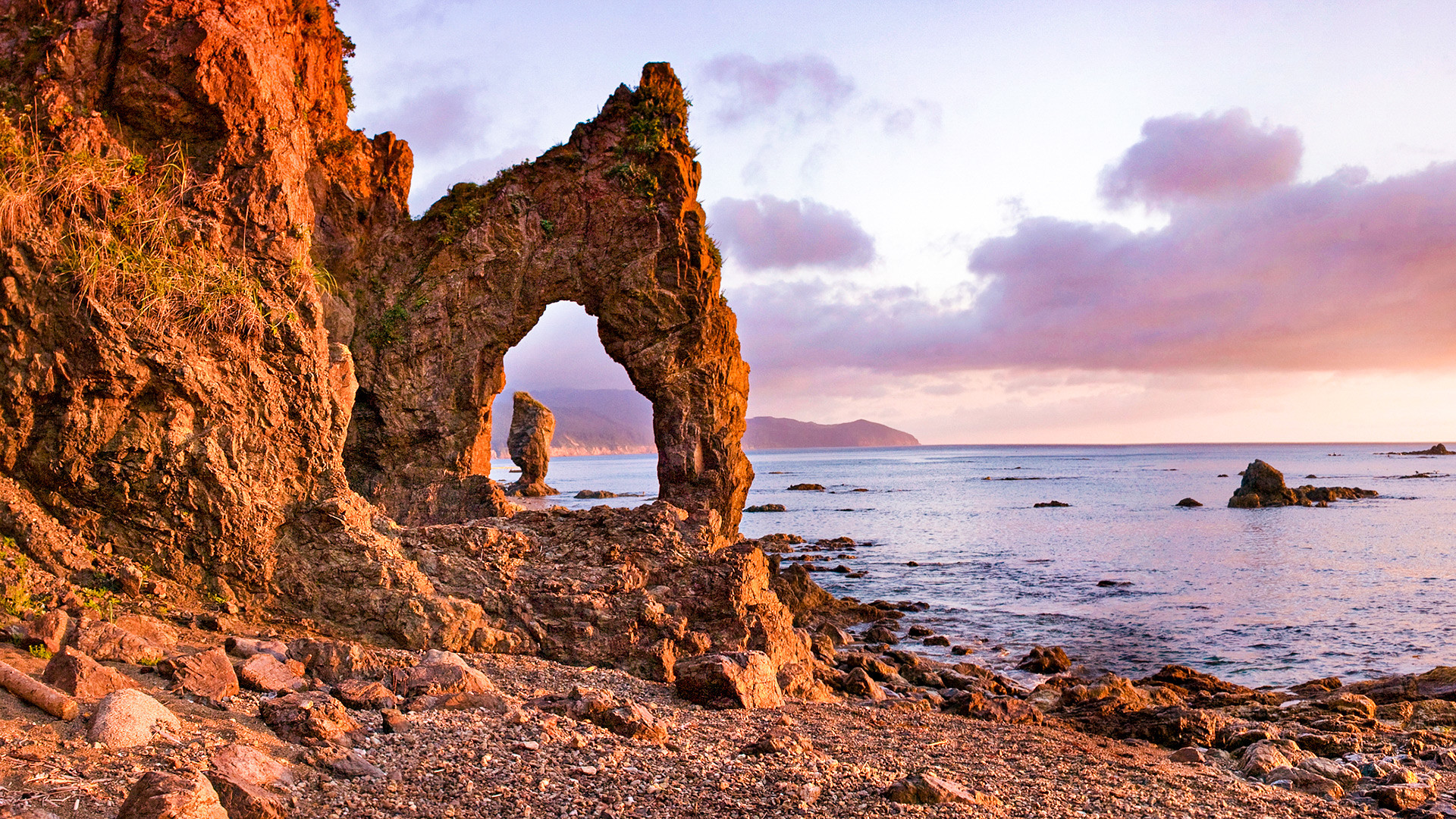 Legion Media
From the Arctic glaciers to tropical forests of the Far East, from the “Whale Bone alley” under open sky to ancient island monasteries – here are the twelve amazing Russian islands that may transform your world. 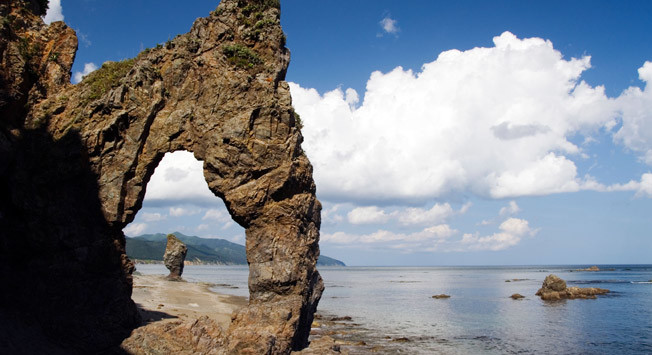 After the Russian–Japanese war of 1905, half of Sakhalin belonged to Japan and a half to Russia. After World War II, the entire island became part of the Soviet Union. Today, Sakhalin belongs to the Russian Federation and is its biggest island.

About half a million people live on Sakhalin. One-third live in the island’s biggest city – Yuzho-Sakhalinsk. Winter on the island lasts for 7 to 8 months; the short summers are usually cool and windy. Sakhalin is rich in oil, gas — including the largest offshore oil and gas projects — gold and coal. Still, there are several large preserves with pristine wildlife sanctuaries and environmental resorts that cater to ecotourism. 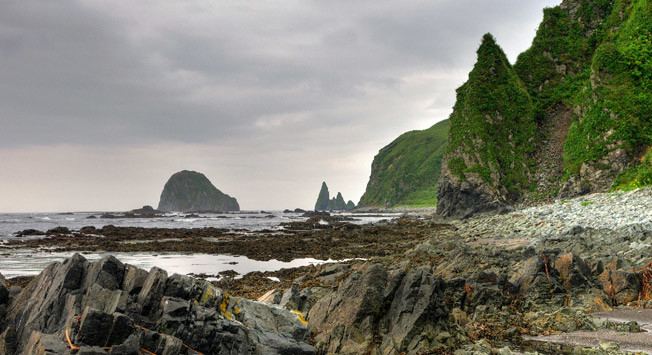 A spectacular oasis, Iturup is the largest of an archipelago of the lush and verdant Kuril Islands that lead from the southern point of Kamchatka to the Japanese Islands with the Pacific on one side and the Sea of Okhotsk on the other. For the young at heart, it is a place of blue lagoons, long waterfalls, and active volcanoes.

All islands are formed when volcanoes rise from the sea; but in this area of the Kuril Islands there is still a special, residual "lava country,” and it is possible to trace what the archipelago looked like millions of years ago.

There are nine active volcanoes located on Iturup and one of the highest waterfalls in Russia, which is called Ilya Muromets and is 141 meters (or 459 feet) long. Hot springs and hot lakes take the edge off for the most fervent of hikers.

Today the island is home to just over 6,000 people, but the Kurils are a political hotbed for Russia and Japan. Iturup and the whole archipelago belonged to Japan, but it was annexed to the Soviet Union as a result of the Kuril Landing Operation of 1945 when the Soviet fleets landed on and occupied the islands at the end of World War II. Since then, Japan has not given up on claiming rights to the territory – the conflict prevents the conclusion of a peace treaty between the two countries.

While the beauty of the Kuril Islands may be unmatched, getting there requires tenacity as heavy fog can delay your visit and solo trips are not recommended. 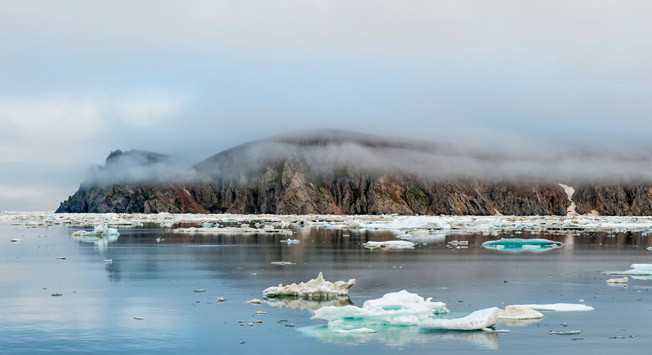 Wrangel Island is one of the most remote reserves in all of Russia and in 2004 was included in the UNESCO World Heritage List. This once-in-a-lifetime experience to what one 19th century visitor called the “end of creation” is well earned: Firstly, visitors must obtain special government permission. Secondly, it’s not easy to get here – in the winter tourists travel by helicopter and in the summer they board an icebreaker.

The island with an area is situated on both sides of the 180th meridian. Despite the harsh climate, and in many ways thanks to it, the federally managed reserve remains an oasis of wildlife. Wrangel Island is a world champion in the number of polar bear lairs; it has the biggest population of Pacific walrus and the only Asian nesting colony of white geese.

According to paleontologists, Wrangel Island was also the last resort of wooly mammoths; a dwarf species lived here 6,000 years after the extinction of mammoths in all other parts of the world - you can still come across mammoth tusks twisted into spirals here. 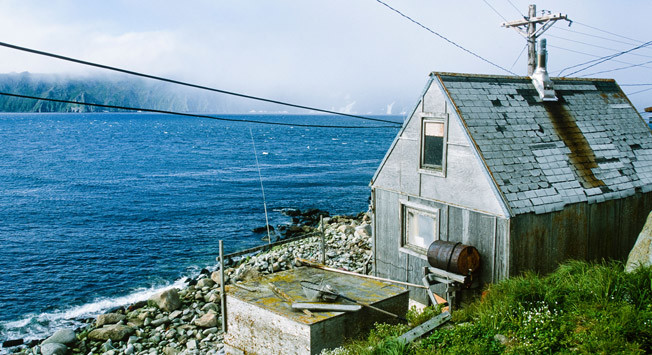 The most eastern point of Russia, Big Diomede Island, is only about a two-mile swim away in the middle of the Bering Strait. According to an order of the Russian Federation, Big Diomede Island belongs to Chukotka, however, there are no longer any native residents, only a base of Russian border guards. Fifty years ago, the natives were mostly Eskimos who later moved to Chukotka’s mainland or to the American island.

There is one of the region’s largest bird sanctuaries located on The Big Diomede Island, with more than 4 million specimens. 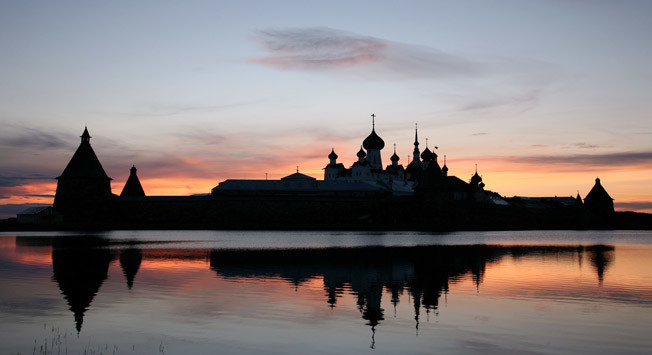 It’s not the northern air on the White Sea that attracts tourists, but the Solovetsky Islands' brutal legacy and haunting, terrible beauty.

The first prison of the Gulag was founded here. The Solovetsky camp was the first of a network of concentration camps created as Soviet authorities implemented the purges during Stalin’s Great Terror. During World War II, the governing authorities of Solovki took social orphans and trained them to act as cadets in the Northern Fleet.

This island on the White Sea has been transformed again: Today there are once again many monks living there. It has become one of Russia’s main tourist attractions, especially since UNESCO made this island a World Heritage site. 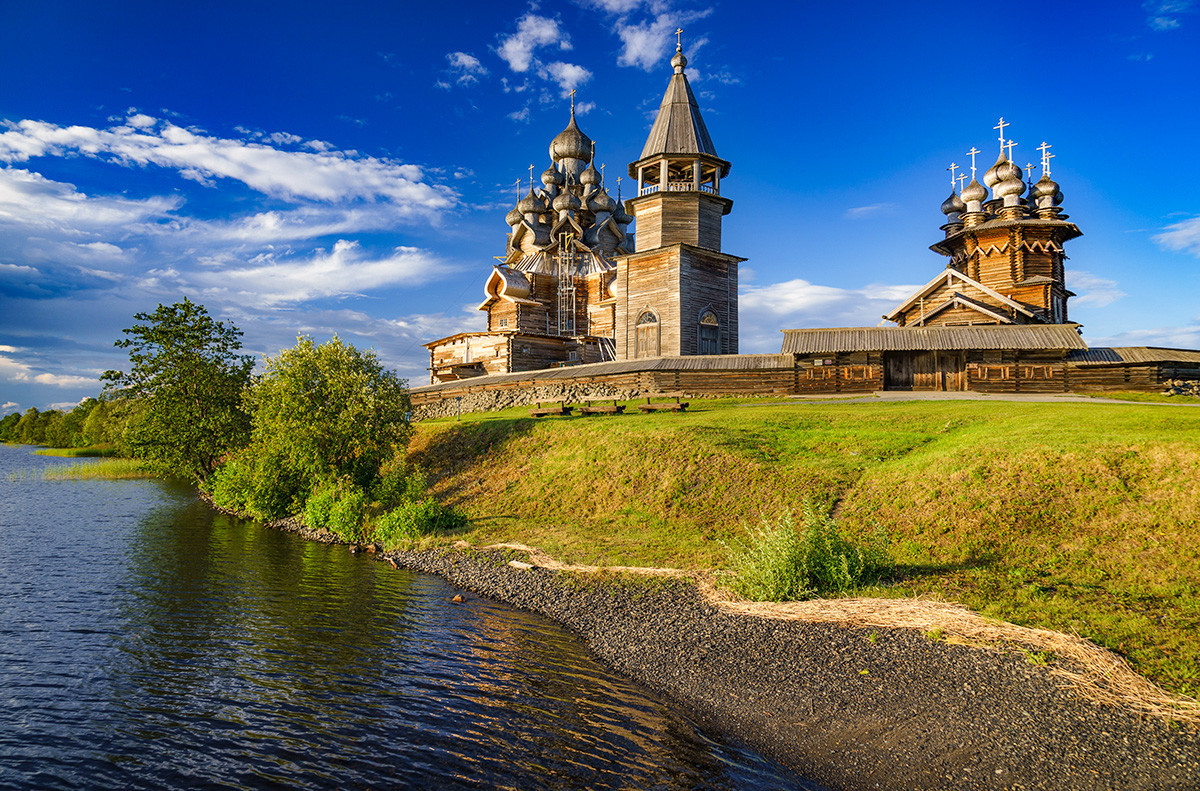 Kizhi Pogost, situated on one of 1,650 islands of Lake Onega, is one of the main attractions of northwest Russia. More than twenty years ago, it was included on the UNESCO World Heritage List. For most Russians, the Church of the Transfiguration, the main monument of the island, became a symbol of medieval wooden architecture. The 22 church domes of were tiered on a wooden base without a single nail, according to legend. Kizhi Pogost became the foundation for Russia's first open-air museum of wooden architecture. 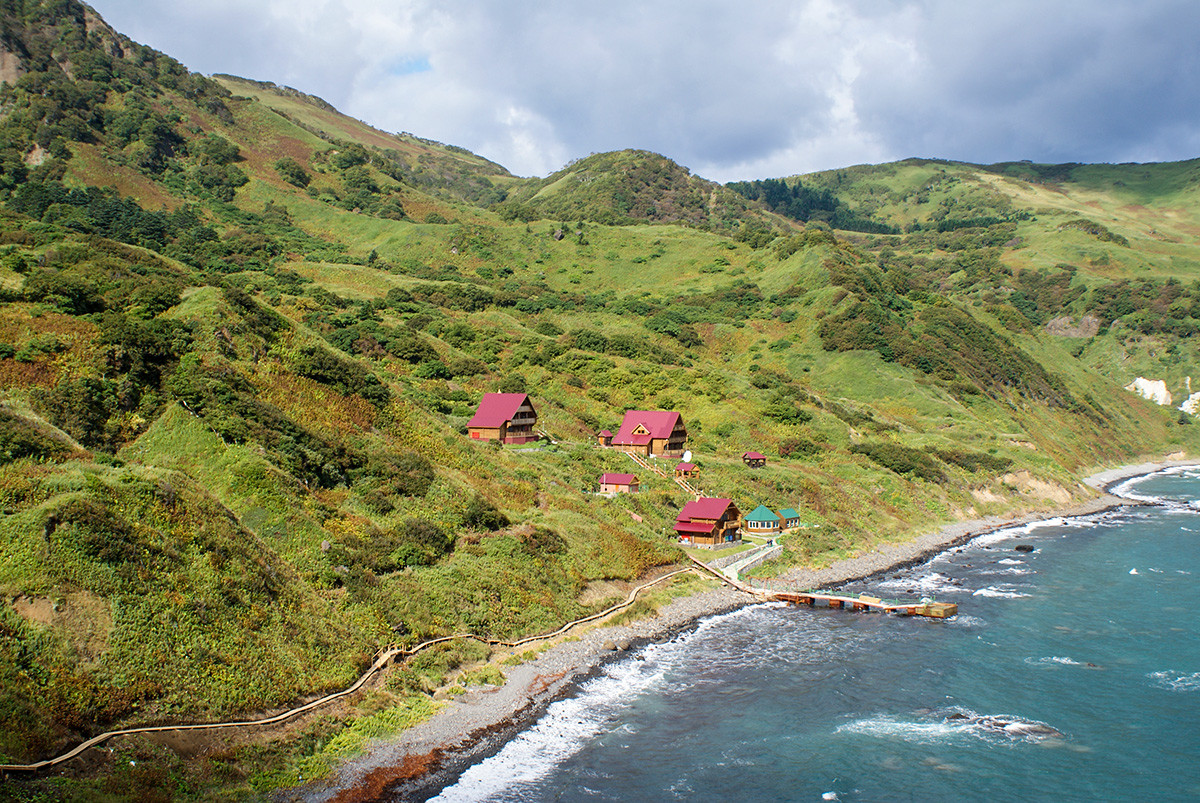 From the sea, the Russian island with the French name Moneron reminds one of a scenic landscape from the TV show Lost. It is so small that a boat trip around it will take only half an hour. Walking around the island takes about 6 hours, even including the ascent to the highest point, Staritskiy Mountain (440 meters or 1443 feet above sea level). However, this photographer’s dream attracts travelers who crave adventure and are ready for the long and tedious way through the waves of the Tatar Strait.

The area does not disappoint, filled with hundreds of rare birds, not afraid of humans, living freely on coastal rocks and local fish. During the summers Moneron Island grass grows taller than the people who hike its hills. But the most distinctive asset of Moneron is its underwater world; some of the underwater creatures here cannot be found anywhere else in Russia. 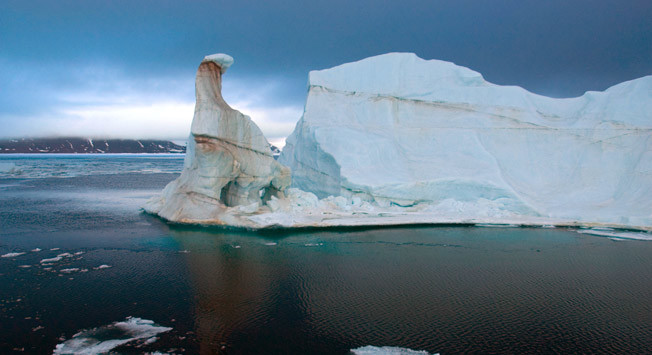 Franz Josef Land is an archipelago of 192 islands. It is as close to the North Pole as Northern Greenland and is one of the most northern territories of Russia and the world. The island is part of the Primorsky district of the Arkhangelsk region. The only people who live there are researchers, border guards and military air defense agents who are responsible for the northern ballistic missile defense. Special expeditions study the polar bear populations on the Russian Arctic, gathering data about their migration and habitat. One of the goals is to find out how to help the depleted population of polar bears survives.

The archipelago has many wildlife centers open during the summer. And beyond the polar bears, seals, walrus and white whales make their home here.

Read more about the giant spherical stones of Champ Island in the Franz Josef Archipelago. 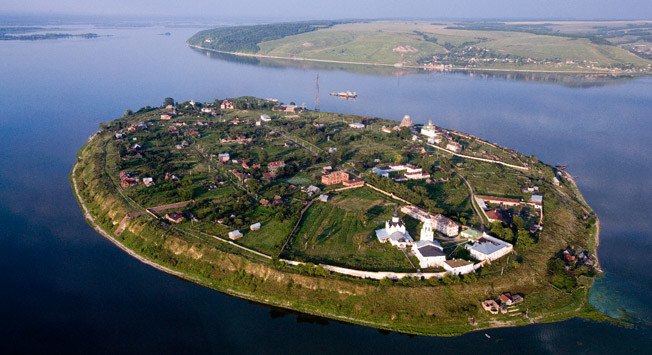 This lovely island is the crux of the Volga and Sviyaga River and is very easy to tour. It is still viewed as an island even though there is now a road connecting Sviyazhsk to the rural outskirts of Kazan, the capital of Tatarstan, Russia. The citadel was established in the mid-16th century as a military stronghold built by none other than Tsar Ivan the Terrible.

The fortress earned the title “conqueror city” – the conqueror of the strongest kingdom of the era, the Khanate of Kazan. But it rapidly lost its significance by the 17th century. Many monasteries were built in Sviyazhsk and culture, trade and crafts flourished. In 1781 the former citadel became a city of 10,000.

After the 1917 revolution, all the monasteries of Sviyazhsk were abolished and transformed into transit prisons and concentration camps, and later into psychiatric hospitals. By 1926 the population of Sviyazhsk was so small, that it lost city status. In 1957, due to the construction of the Togliatti hydroelectric power station, most of the surrounding villages were flooded and it was only then that Sviyazhsk, which was situated on a hill, turned into an island.

In 1997 Sviyazhsk's Assumption monastery was restored and in 2017 its architectural ensebmle was included in the UNESCO World Heritage List. 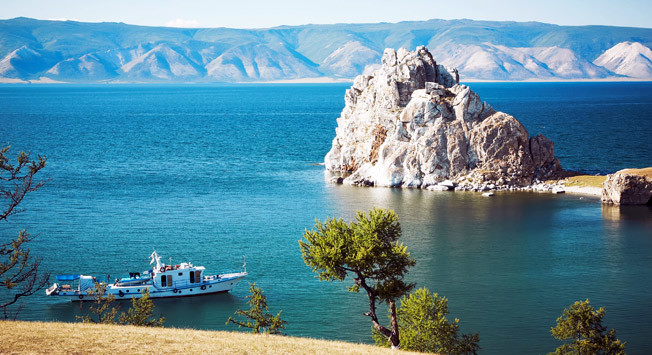 Olkhon is the largest and only inhabited island of the spectacular Lake Baikal. In the language of the indigenous Buryat people, the island’s name means "dry." It seems ironic since the island is surrounded by one-fifth of the planet's fresh water. However, there are no rivers here, not even a tiny creek.

Khuzhir is the largest settlement on the island with about 1,350 people, according to the last census. Those who live there jokingly refer to it as the "capital."

There is an unparalleled diversity of landscapes – steppe, sandy beaches with dunes and pine groves along the coast, as well as dense forests with larch and spruce within the interior. There are also marble rocks plastered with thick red moss and swamps. Lake Baikal is also among the UNESCO World Heritage sites. 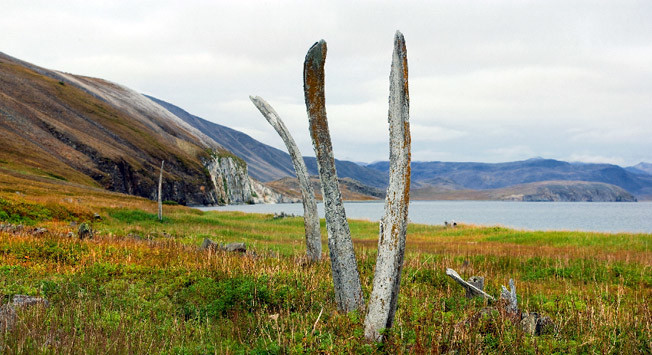 In the Bering Sea, there is a small mountainous island called Yttygran. The famous ‘Whale Bone Alley’, a unique monument to the culture of ancient whalers, is situated there. There is nothing like this monument in the Chukotka region or the entire Arctic region.

The alley is formed by two rows of whalebones, almost 1000 feet or 300 meters long. The row closer to the sea is comprised of whale skulls gathered into 15 groups. If you look higher you can find a row of jawbones. Dug vertically, they rise 5 meters or about 16 feet above the ground. You can see the famous ‘Whale Bone alley’ as part of a tour. 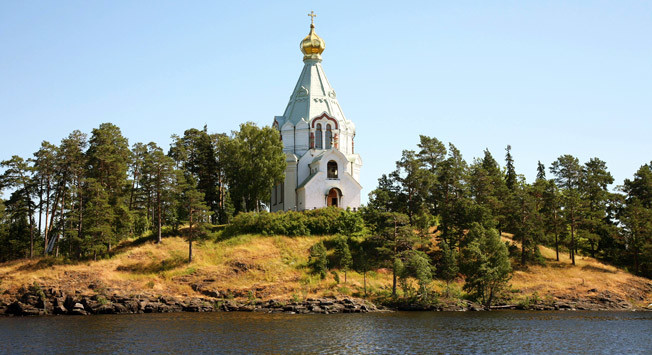 Valaam, an island in Northwestern Russia on Lake Ladoga, is best known for the preternatural talents of the Valaam Brethren Choir and the distinct life of the Orthodox cloister. The Cathedral of the Transfiguration of the Savior, with its majestic bell tower, can be seen from the distance. The religious renaissance of the past two decades has resulted in visitors, pilgrimages, and renovation of the monasteries and chapels. The monastery — which was first founded in the 12th century, according to scholars— also boasts engineering feats, such as rocky wells, navigable canals, and drainage systems.

Beyond the monastery, the island offers mighty rock cliffs and pine forests. Many artists came here for inspiration, among them landscape painters Ivan Shishkin, Arkhip Kuindzhi, Nicholas Roerich (who has a small museum on 107th street in Manhattan), and Tarrytown artist and author Rockwell Kent.

Valaam is the largest island of the like-named archipelago of the Ladoga Lake. The particular geology of its rock base creates a unique microclimate, which makes the island almost always warmer than its entire surroundings. In order to visit Valaam, take a cruise on the Ladoga Lake.