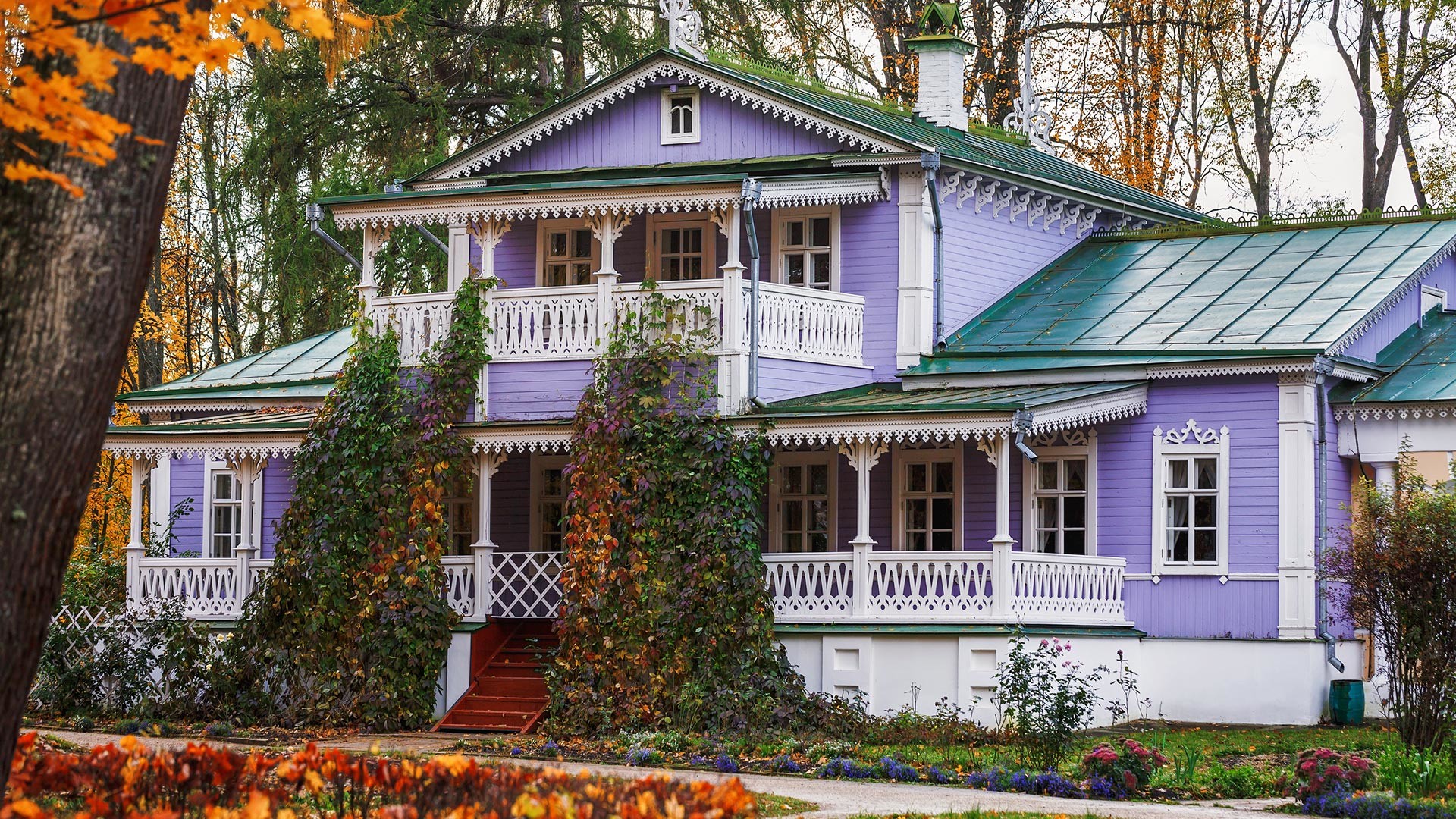 Legion Media
Russians love to spend time in nature’s lap and escape from the stuffy city to their dachas and country homes. Writers, of course, are no exception. The fresh country air has inspired many literary masterpieces. These dachas are now museums. 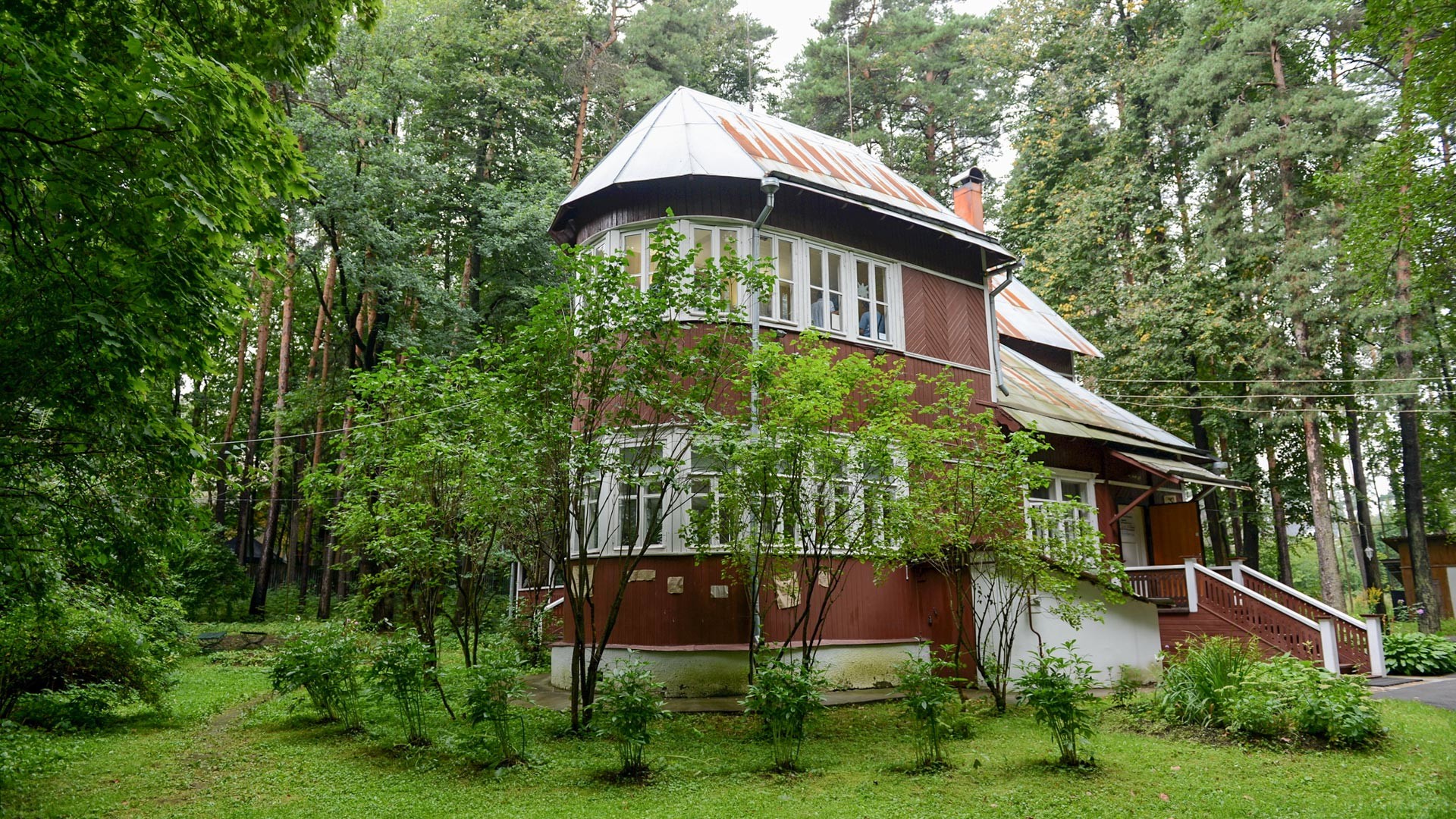 Peredelkino, outside Moscow, is essentially a writers' village, set up, it is said, at the initiative of Maxim Gorky, having told Stalin about his experience of out-of-town residences abroad. Many writers settled here in Soviet times: Korney Chukovsky, Yevgeny Yevtushenko, Bulat Okudzhava and others.

But its most famous inhabitant was Boris Pasternak, who settled in this wooden house in 1939. Here he wrote poetry, translated literature and worked on his masterpiece, the novel Doctor Zhivago. In this same house, in 1958, the writer learned that he had been awarded the Nobel Prize for Literature; in 1960 he died here after two years of harassment following the award (which he was forced to decline) and publication of the novel abroad.

Read more: ‘Didn’t read Pasternak, but condemn him’: What’s behind the Soviet phrase

During his relatively short life, Chekhov managed to live in several cities. As for dachas, he had at least three of them. 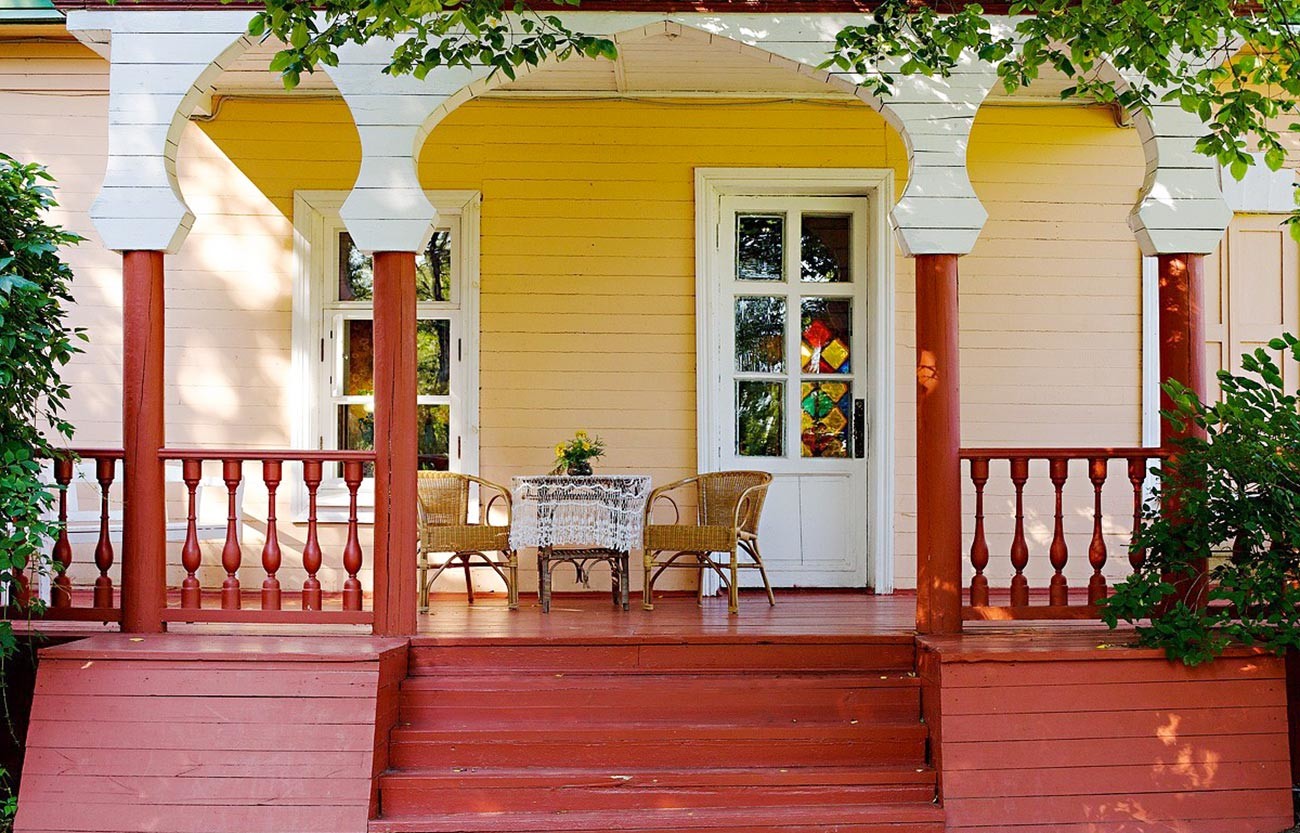 Melikhovo estate in the Moscow Region

Chekhov lived at Melikhovo near Moscow for just seven years, yet there he penned more than 40 works, including the short story Ward No. 6 and the plays The Seagull and Uncle Vanya. In addition, as a practicing physician, the writer opened an outpatient clinic on his estate and treated the local peasants for free. Read more about Melikhovo here. 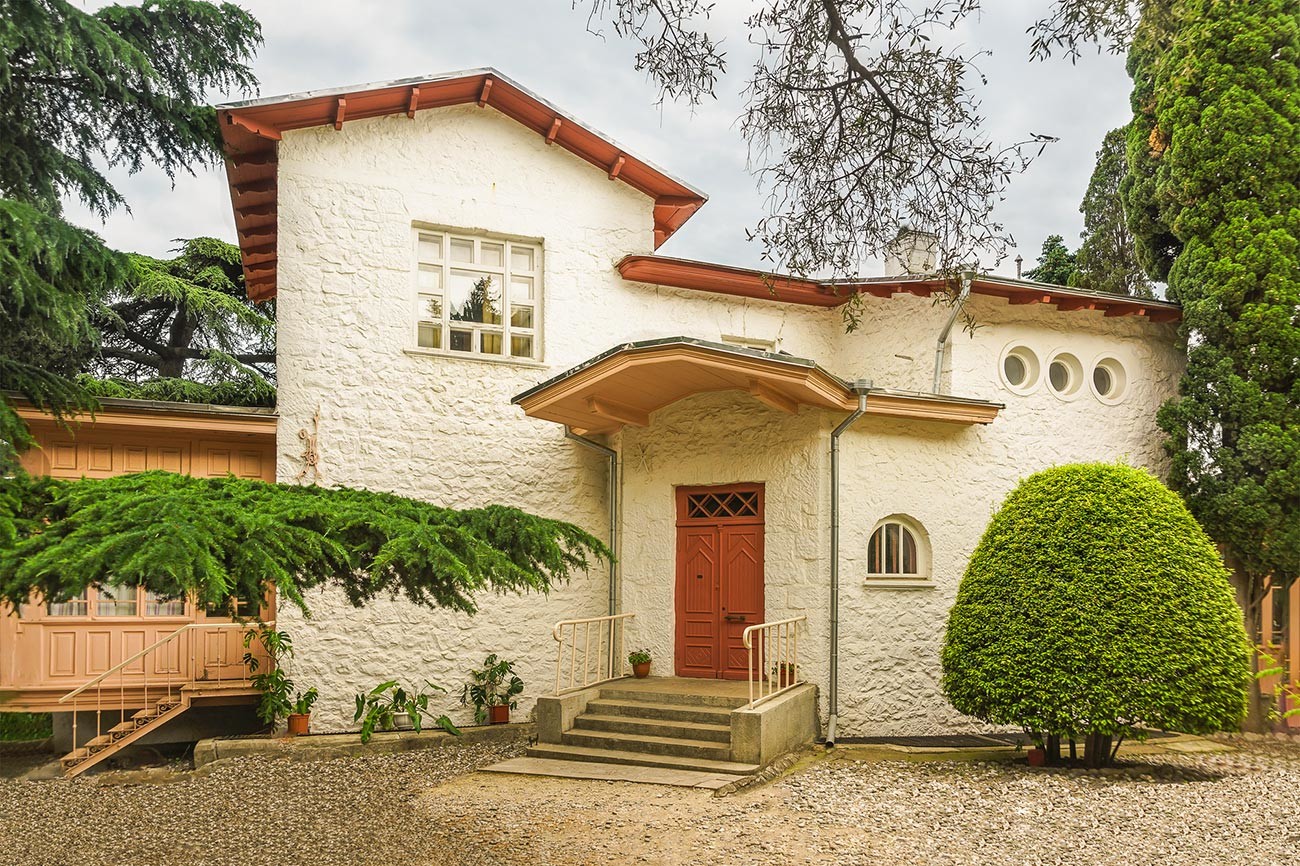 The White Dacha in Yalta, Crimea

In 1898, Chekhov bought a house in Crimea near Yalta. By this time, he was suffering from tuberculosis and needed the healing air. At the “White Dacha” (as Chekhov called it), he wrote the plays Three Sisters and The Cherry Orchard, as well as the “most Crimean” story in all of Russian literature, Lady with Lapdog. 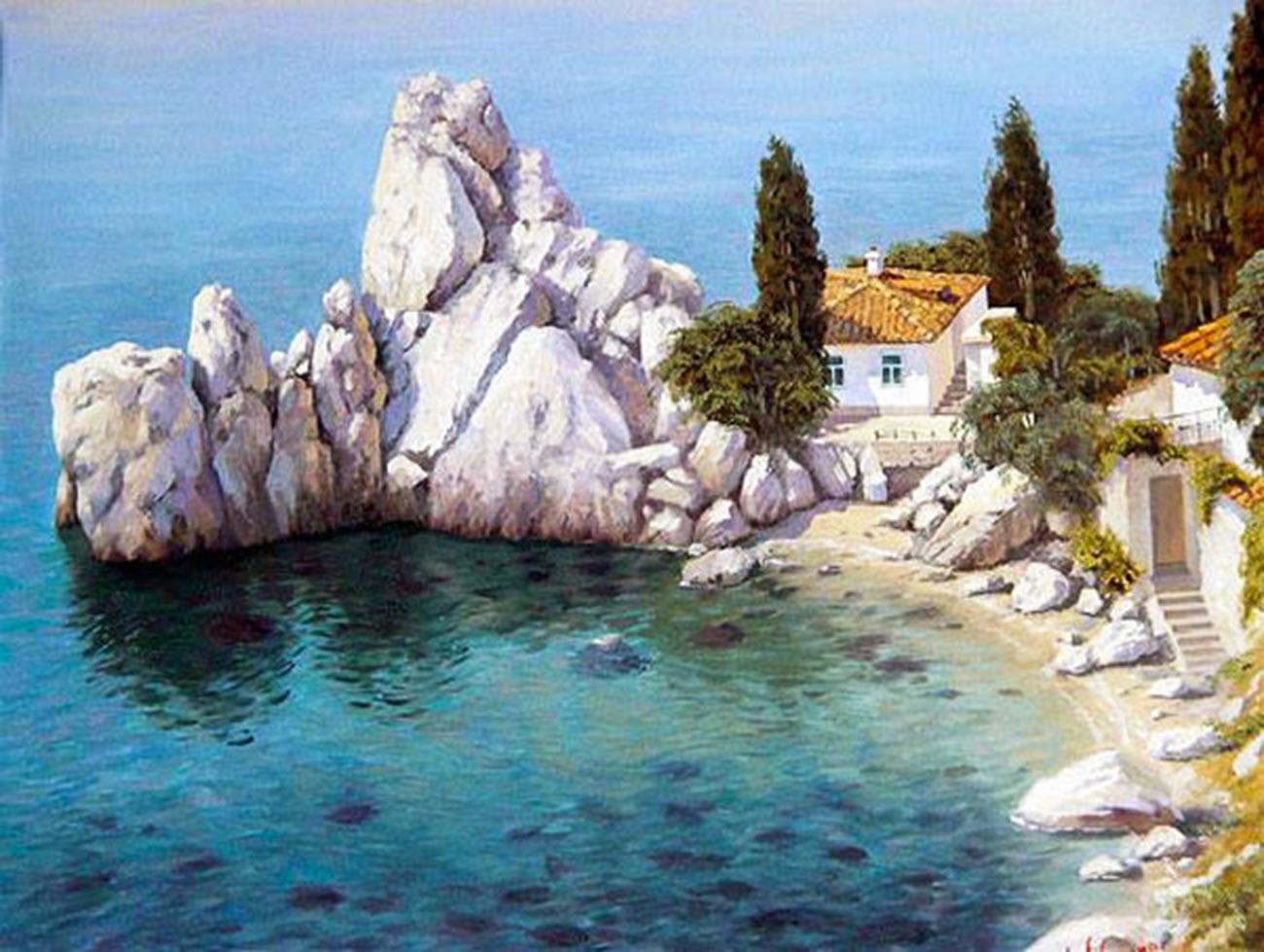 There in Crimea, in the resort town of Gurzuf, he had another, secret dacha, which he bought in 1899 to hide from the crowds of fans who came looking for him. 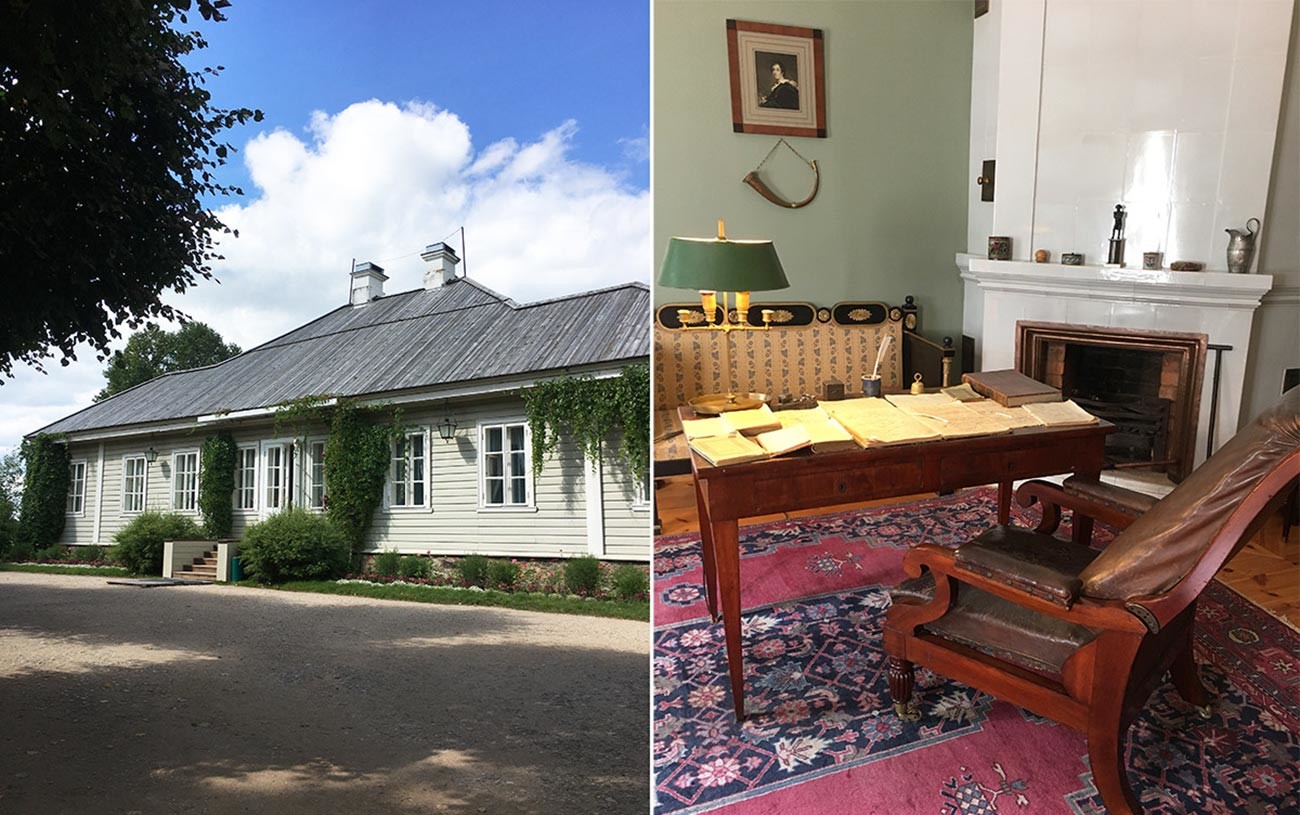 In Pskov Region, in western Russia, there is an entire nature reserve named Pushkin Hills in honor of the great poet. As many as three estates there are associated with Pushkin and his work. He visited the family estate Mikhailovskoye from time to time, and spent the years 1824-26 in internal exile there as punishment for his freethinking verse. It was also here that Pushkin began to write his magnum opus, the novel in verse Eugene Onegin, inspired by the local landscapes, as well as several of his best-loved poems.

Another of his estates is located in Nizhny Novgorod Region. In Boldino, the poet was also confined to his home, though not for political reasons, but a cholera outbreak. 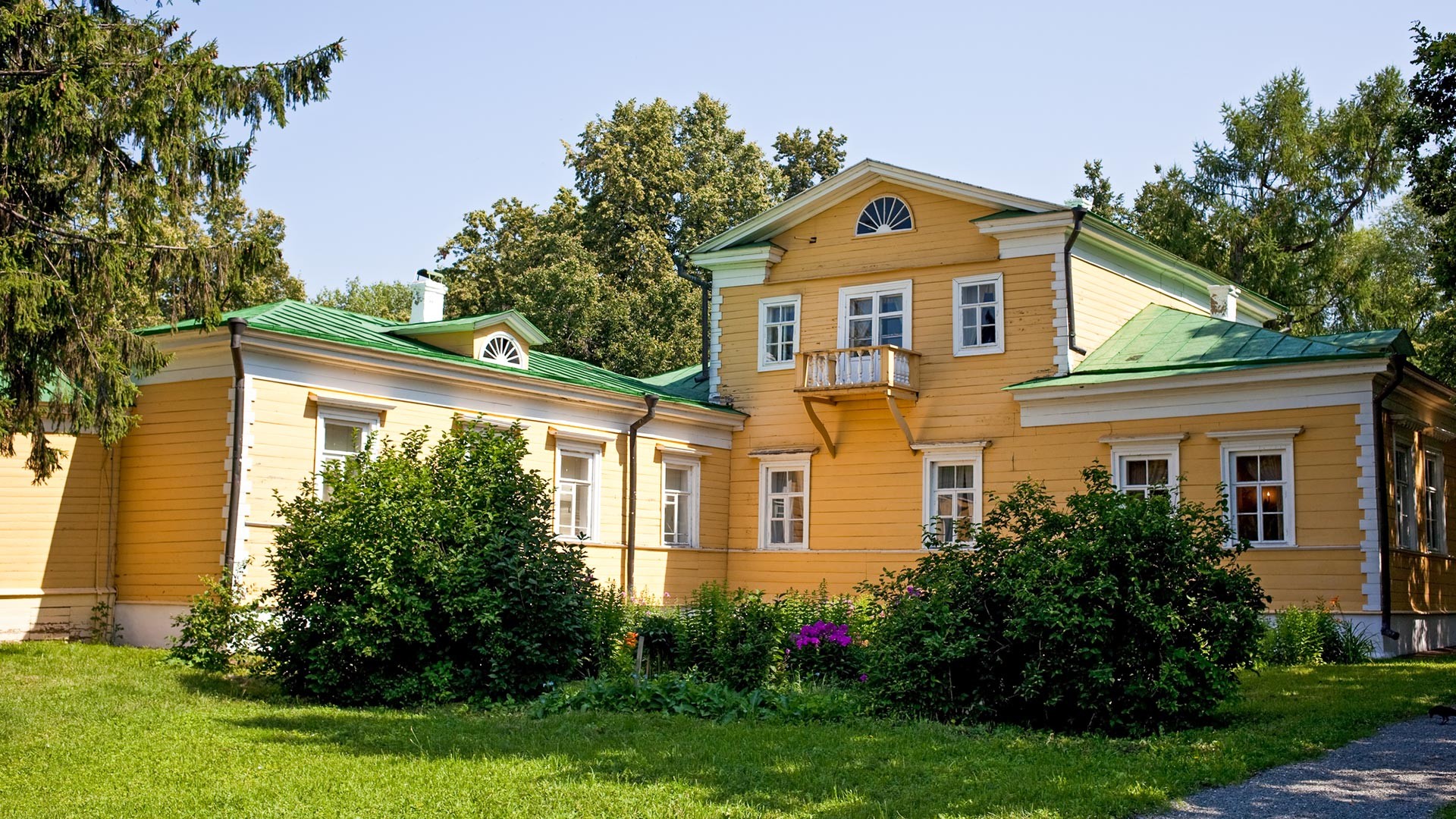 Pushkin’s “Boldino autumn” of 1830 is considered his most fruitful period. Here he completed Eugene Onegin and wrote The Tales of Belkin, The Little Tragedies and more than 30 poems. 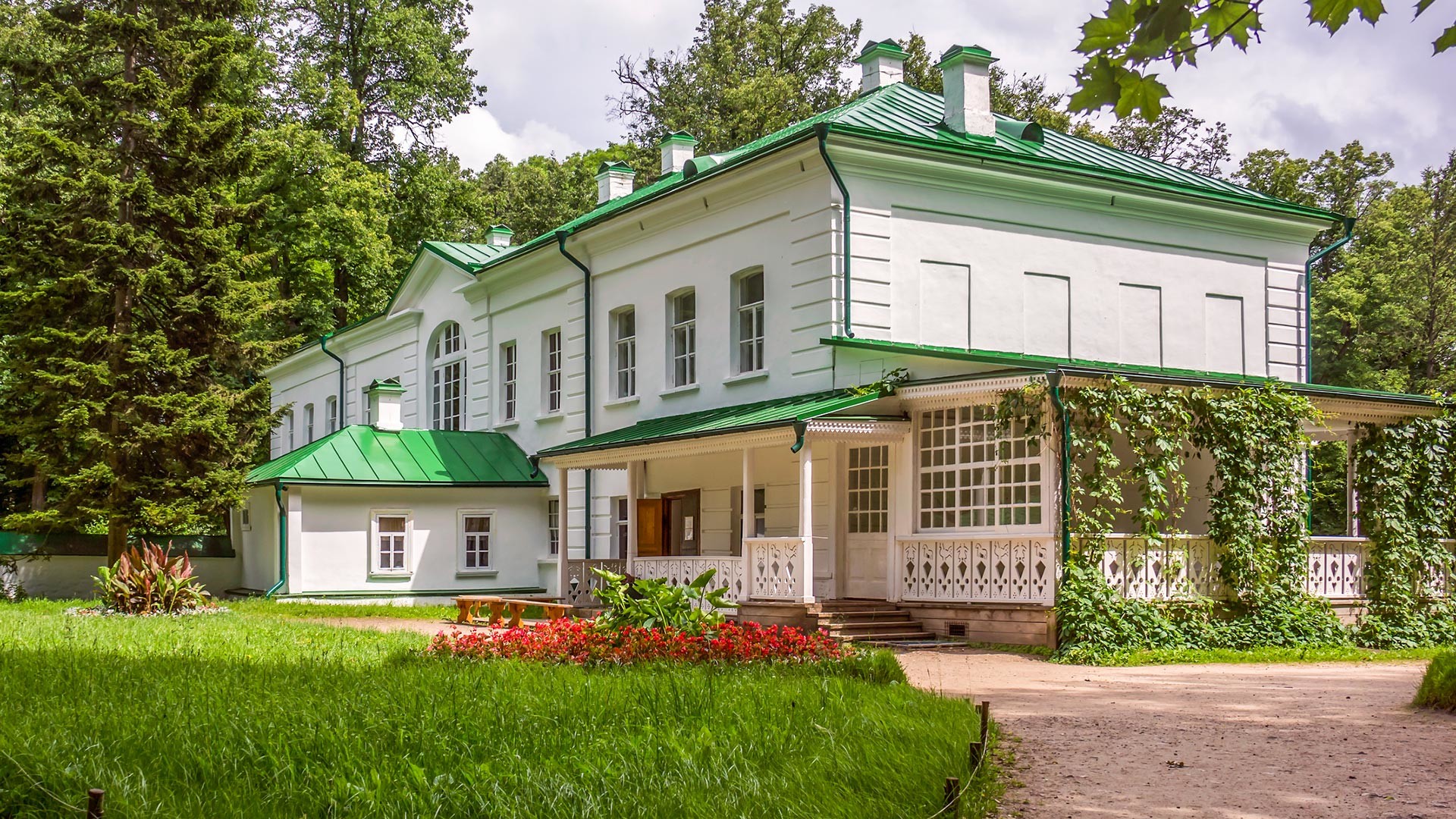 Perhaps the most famous literary estate in Russia, Yasnaya Polyana in Tula Region, south of Moscow, is intertwined with the biography of Leo Tolstoy. It is here that the writer was born, lived most of his life, penned War and Peace, Anna Karenina and other important works, and today lies buried. Tolstoy set up a school on the estate for peasant children. Crowds of admirers used to flock here to see the great man in the flesh, and it remains a tourist magnet to this day. 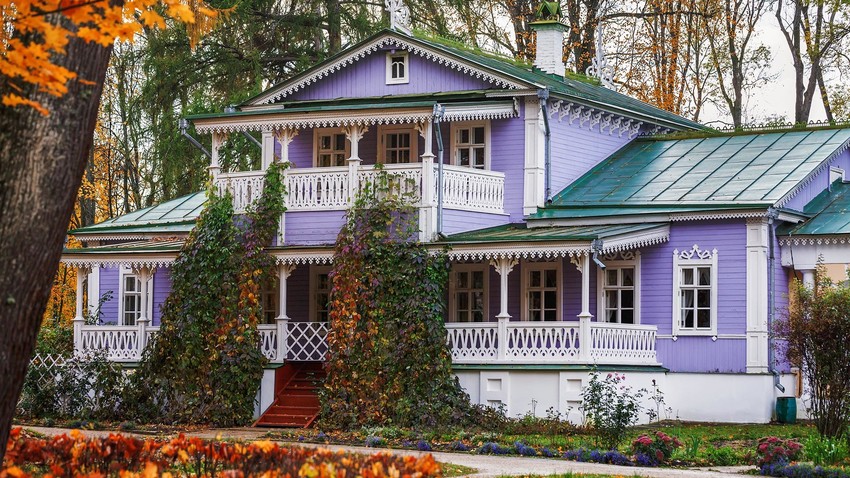 Turgenev lived mostly abroad, but he usually spent the summer at the family estate of Spasskoye-Lutovinovo near the city of Oryol. Turgenev is the chronicler supreme of Russian manor life – all his main novels are set on country estates. At Spassky-Lutovinovo, he worked on the novels Fathers and Sons, Rudin, On the Eve and Nest of Gentlefolk. Courtesy of Turgenev, the latter title became a synonym for “estate” in the Russian language.

Read more: 5 reasons Turgenev is just as cool as Tolstoy 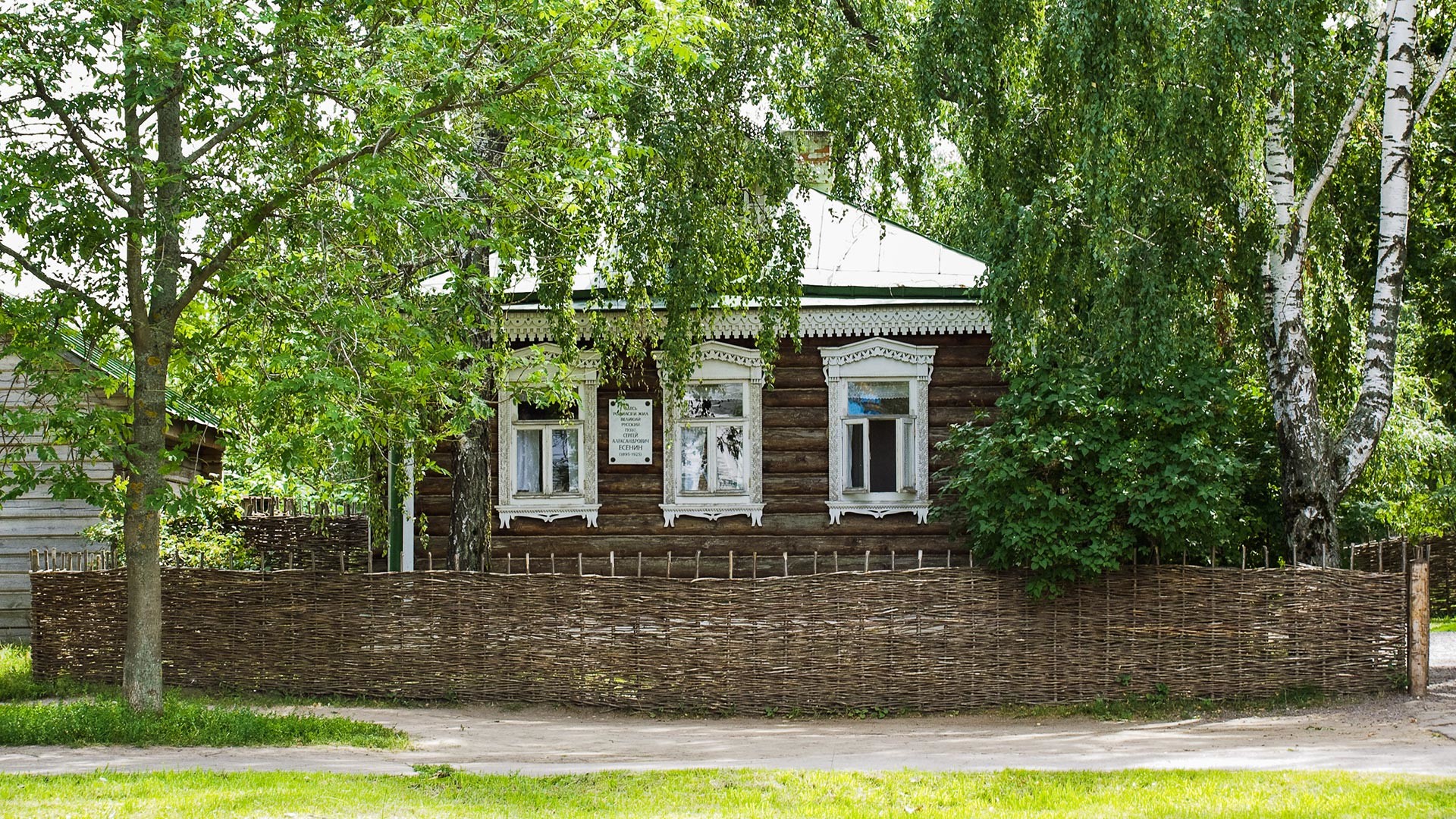 Russia greatest poet of peasant stock was born in Konstantinovo, Ryazan Region, in a simple village hut with stunning views of the steep banks of the river Oka and the golden domes of Kazansky Church. The local landscapes – birch trees and golden fields of sprouting rye – inspired his patriotic poems. Against this backdrop he would run to the home of his first love, the daughter of the noble Kashin family. 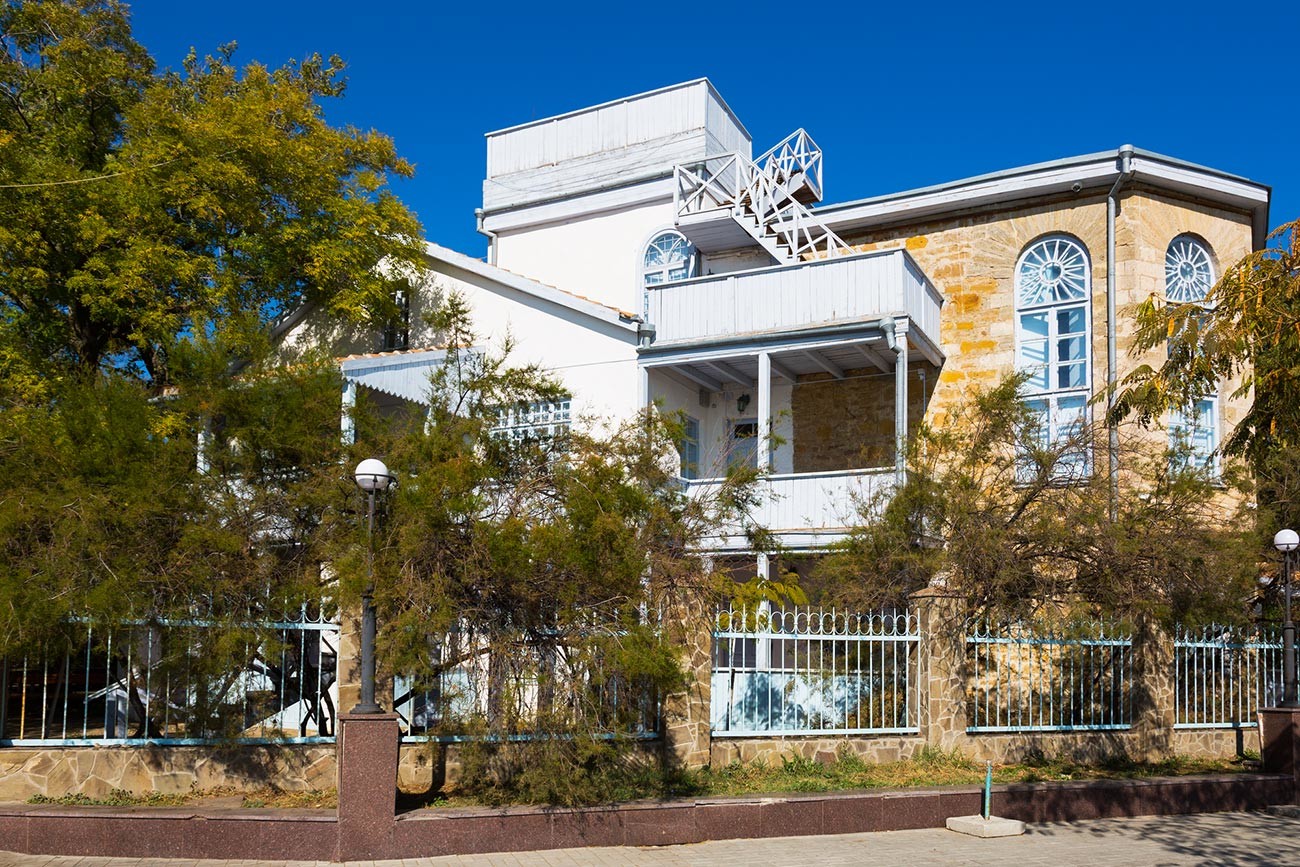 You may be less familiar with the life and work of poet, philosopher, artist and freemason Maximilian Voloshin, but his dacha, in the townlet of Koktebel in Crimea, was a focal point for cultured folk. The main poets of the Silver Age and avant-garde artists paid visits to Voloshin here in the early 20th century. In Soviet times, he himself proposed using his dacha as a writers’ retreat. 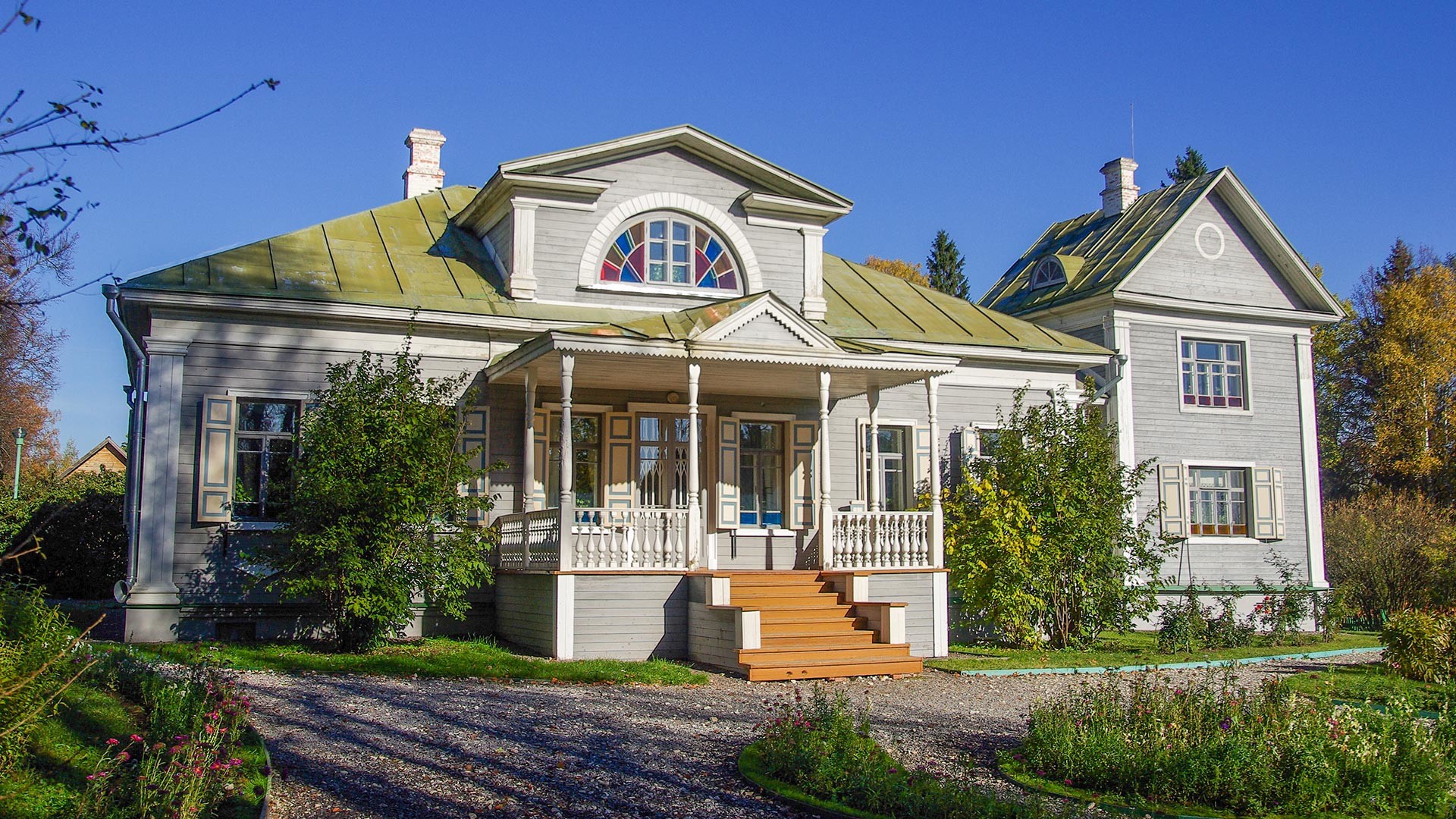 The most prominent poet of the Silver Age spent every summer from 1881 to 1916 at his grandfather’s Shakhmatovo estate outside Moscow. Here he strolled around the huge garden, studied plants and, inspired by Mother Nature, wrote his first poems. The neighboring estate was home to the great chemist Dmitry Mendeleev, whose daughter Lyuba became Blok’s wife.