Along the Kama River: Center of mineral wealth 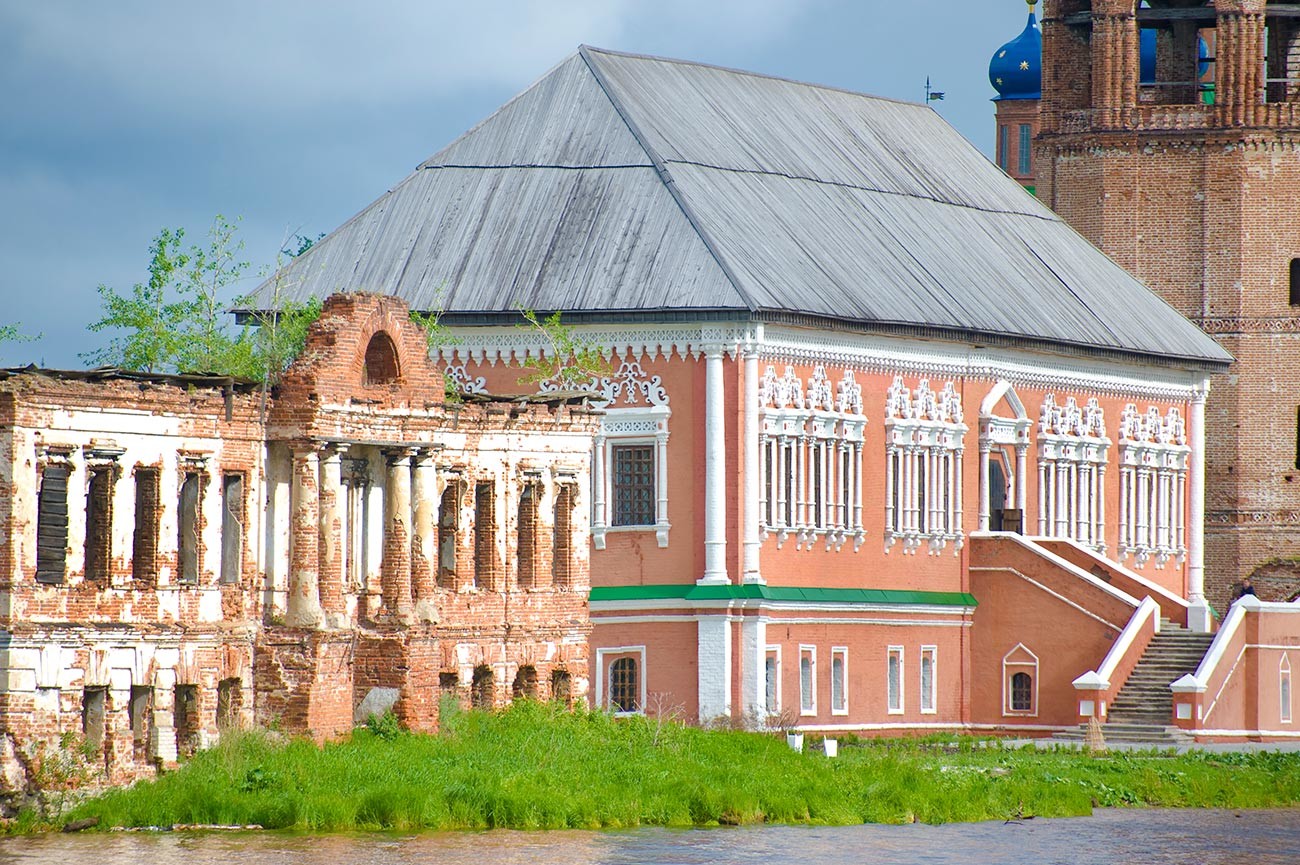 The Ural Mountains, which divide Russia into its European and Asian parts, have long been one of the most significant sources of Russia's mineral wealth. In the 17th and 18th centuries, the discovery of iron, copper, salt and other valuable mineral deposits transformed remote mining outposts into thriving towns such as Ekaterinburg. 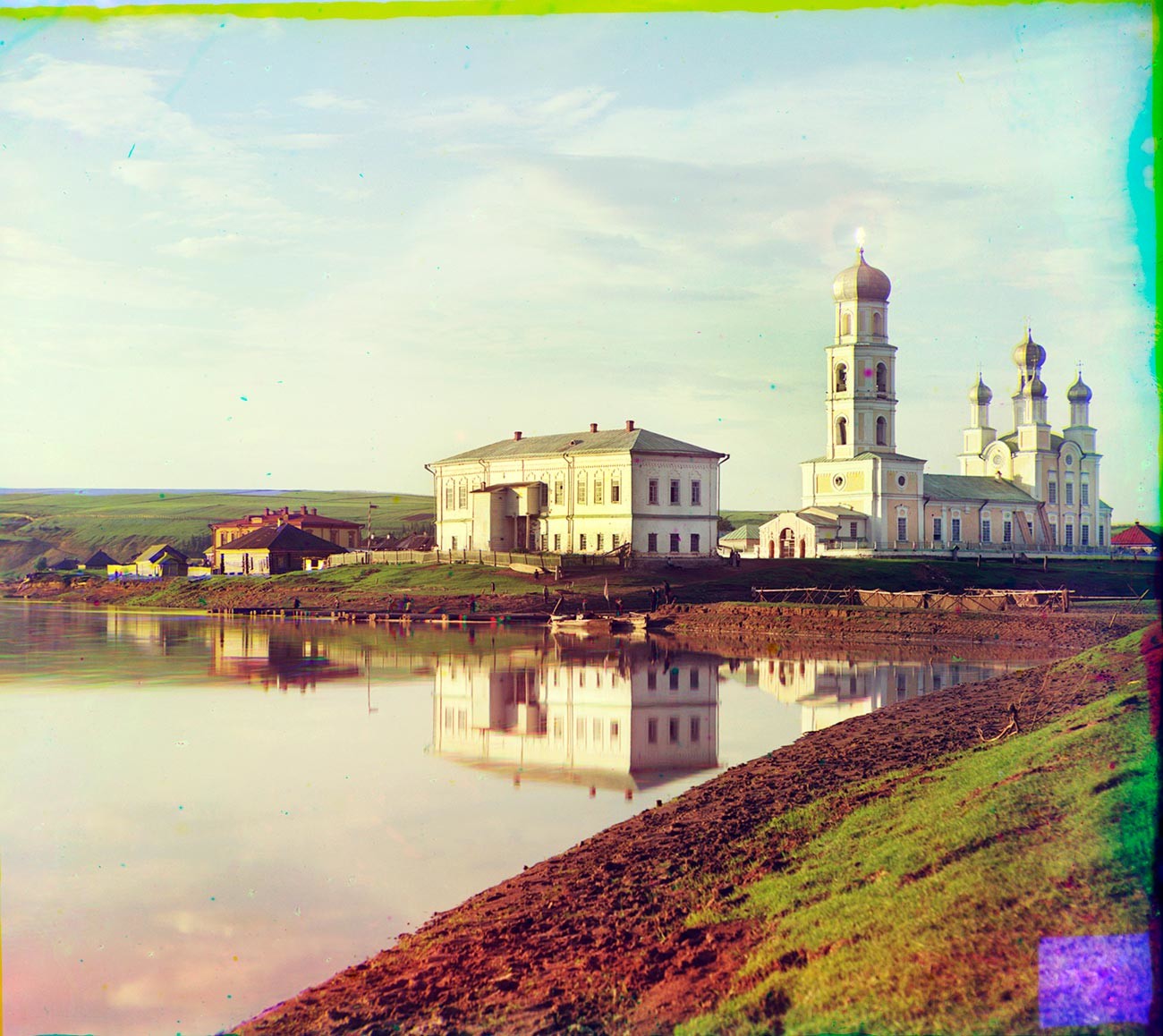 In the summer of 1909, Russian chemist and photographer Sergey Prokudin-Gorsky took the first of several expeditions into the Urals. Traveling with the logistical assistance of the Ministry of Transportation, his photographs include views ranging from diverse landscapes and architectural landmarks to large factories and railroad facilities. Prokudin-Gorsky was particularly active in the extended territory centered around the city of Perm 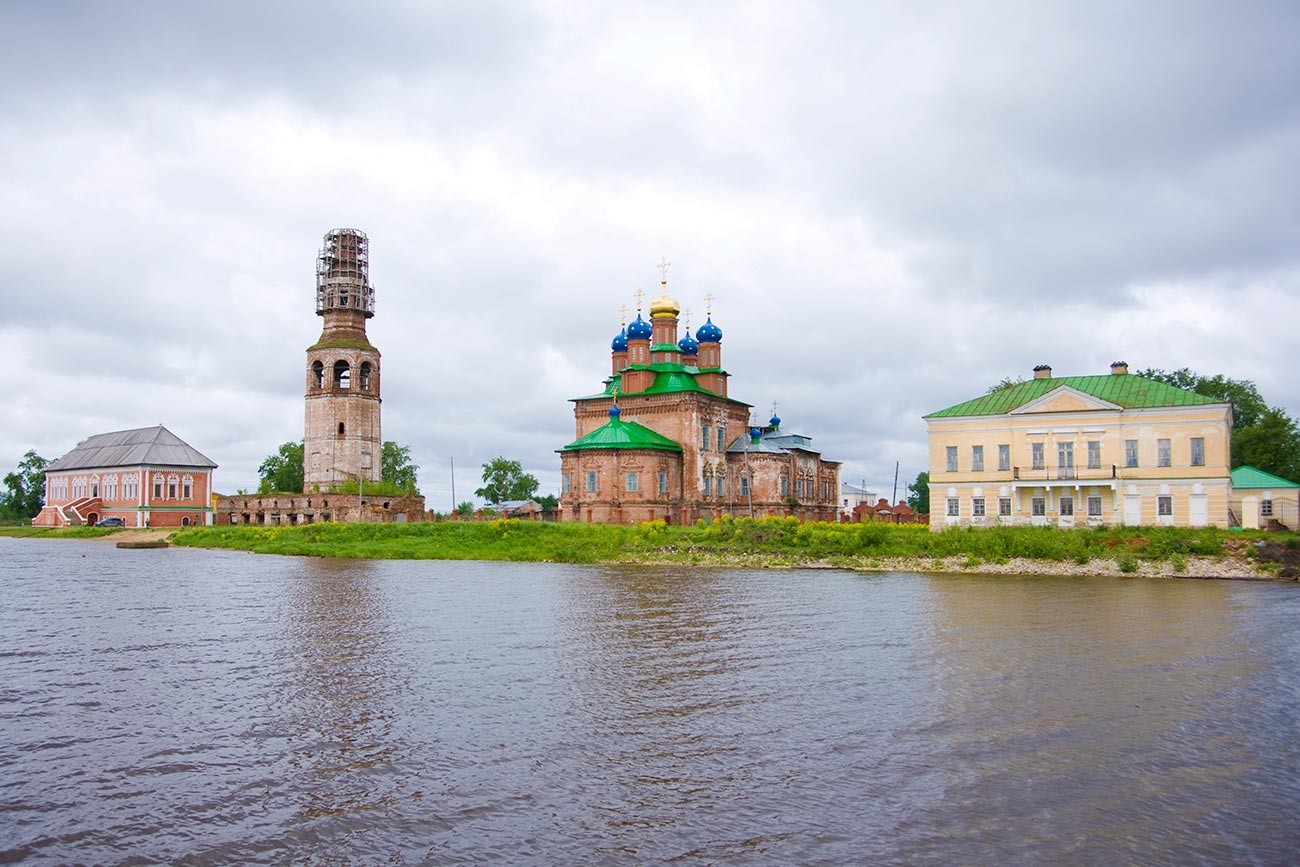 Before the expansion of Russia's rail network into the Urals during the second half of the 19th century, delivering the region’s mineral wealth to population centers presented a major challenge. A partial solution to this transportation problem was provided by the region's ample network of rivers. The most important river on the European side of the Urals is the Kama, which flows through the vast Perm Territory and enters the Volga River south of Kazan, the capital of Tatarstan. In the late spring of 1912, Prokudin-Gorsky undertook a prolonged Urals expedition that began on the Chusovaya River, a major left tributary of the Kama. 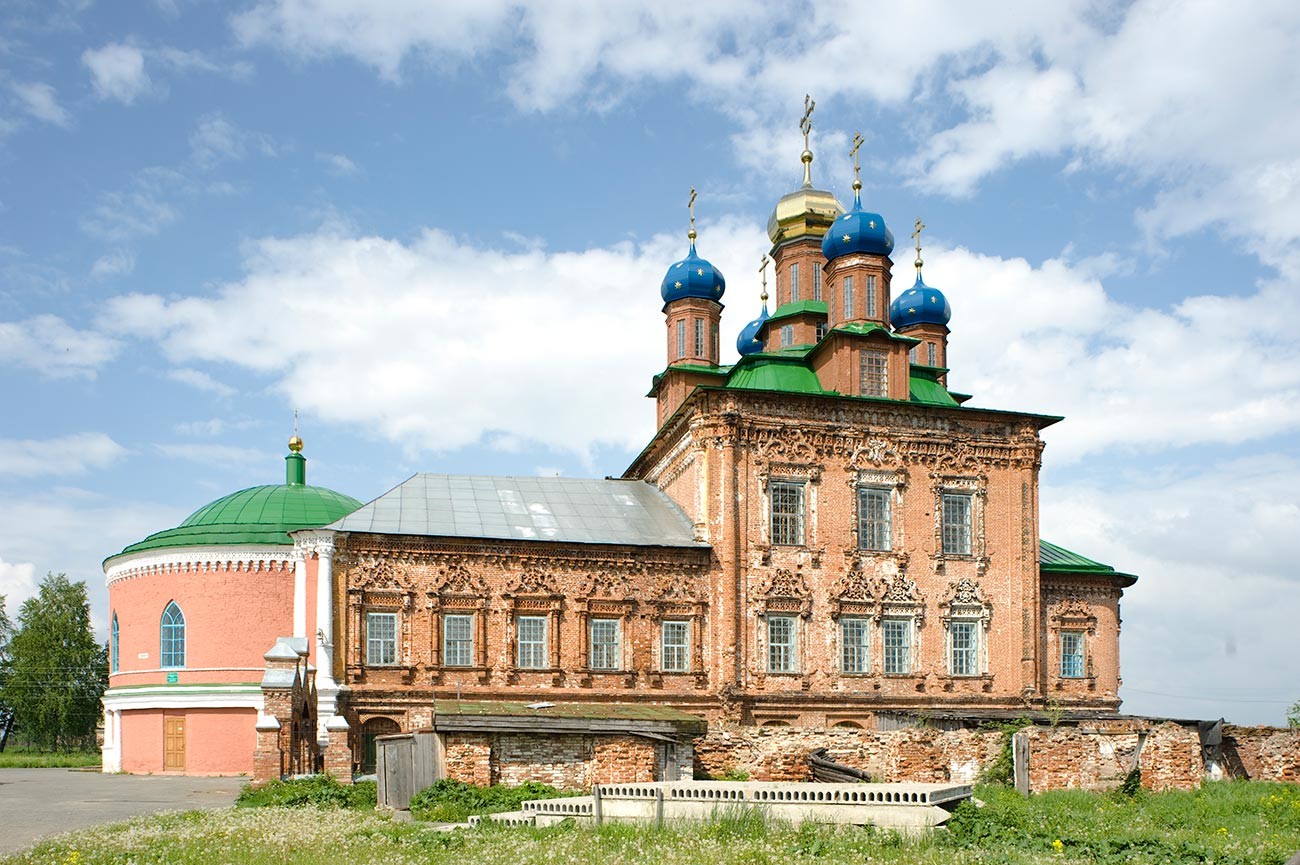 In addition to ruggedly beautiful scenery, such as views of rocky crags along the Chusovaya, Prokudin-Gorsky also photographed the village of Upper Chusovskaya Fort (Verkhnie Gorodki), founded by the Stroganov family perhaps as early as 1568 to protect their rapidly expanding mineral holdings in the upper Urals. The center of Prokudin-Gorsky’s view is occupied by the large Church of the Nativity of Christ, built in 1773 and complemented with a 19th century bell tower. Upon completion of the Kama Reservoir in 1954 (see below), the village and surrounding territory were submerged. 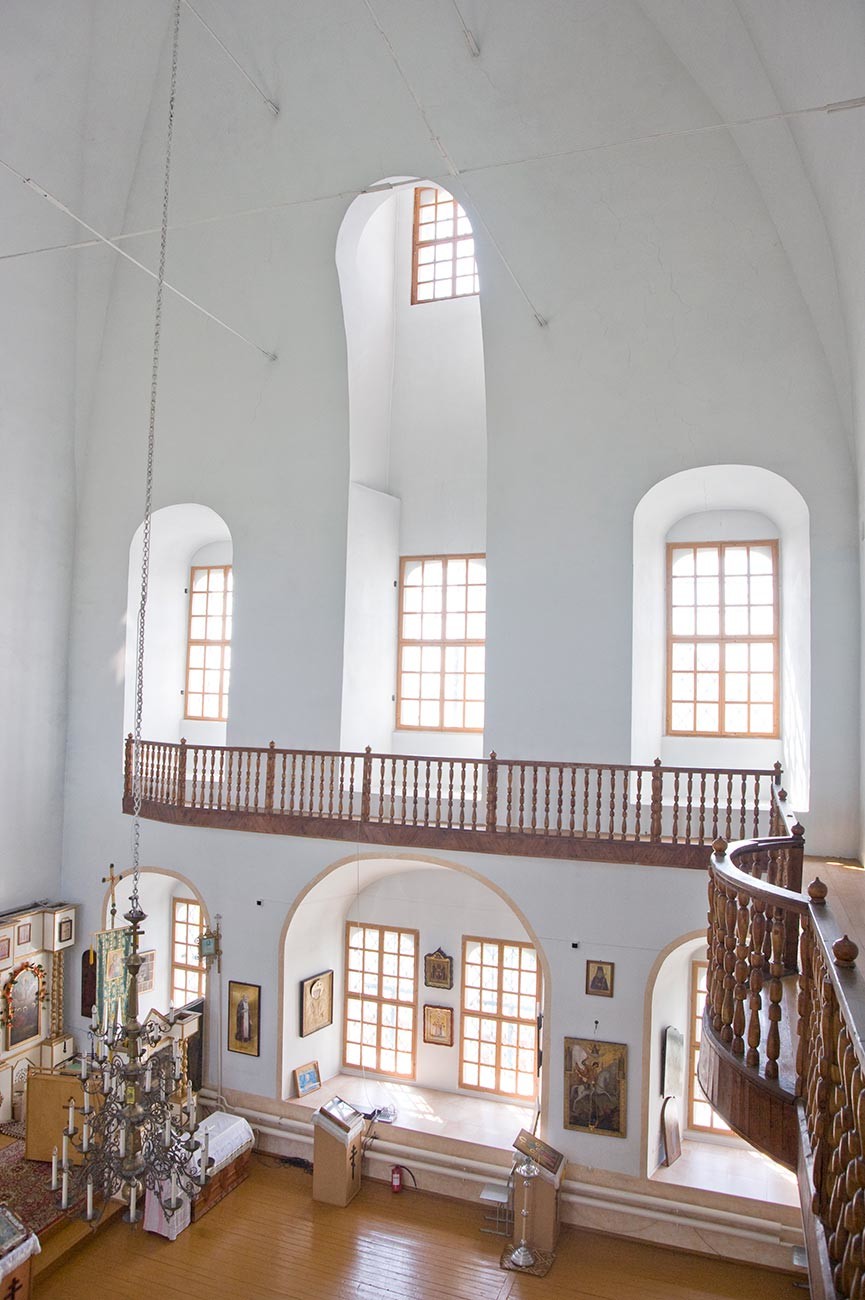 The town that salt built

The same fate might have awaited the town of Usolye, located on the right bank of the Kama opposite the town of Solikamsk. (The name of both is derived from the word for salt.) Situated 110 miles north of the regional capital of Perm in an area rich in salt springs, Usolye was established in 1606 by Nikita Grigorevich Stroganov as the center of the Stroganov family’s salt production on the Kama River. 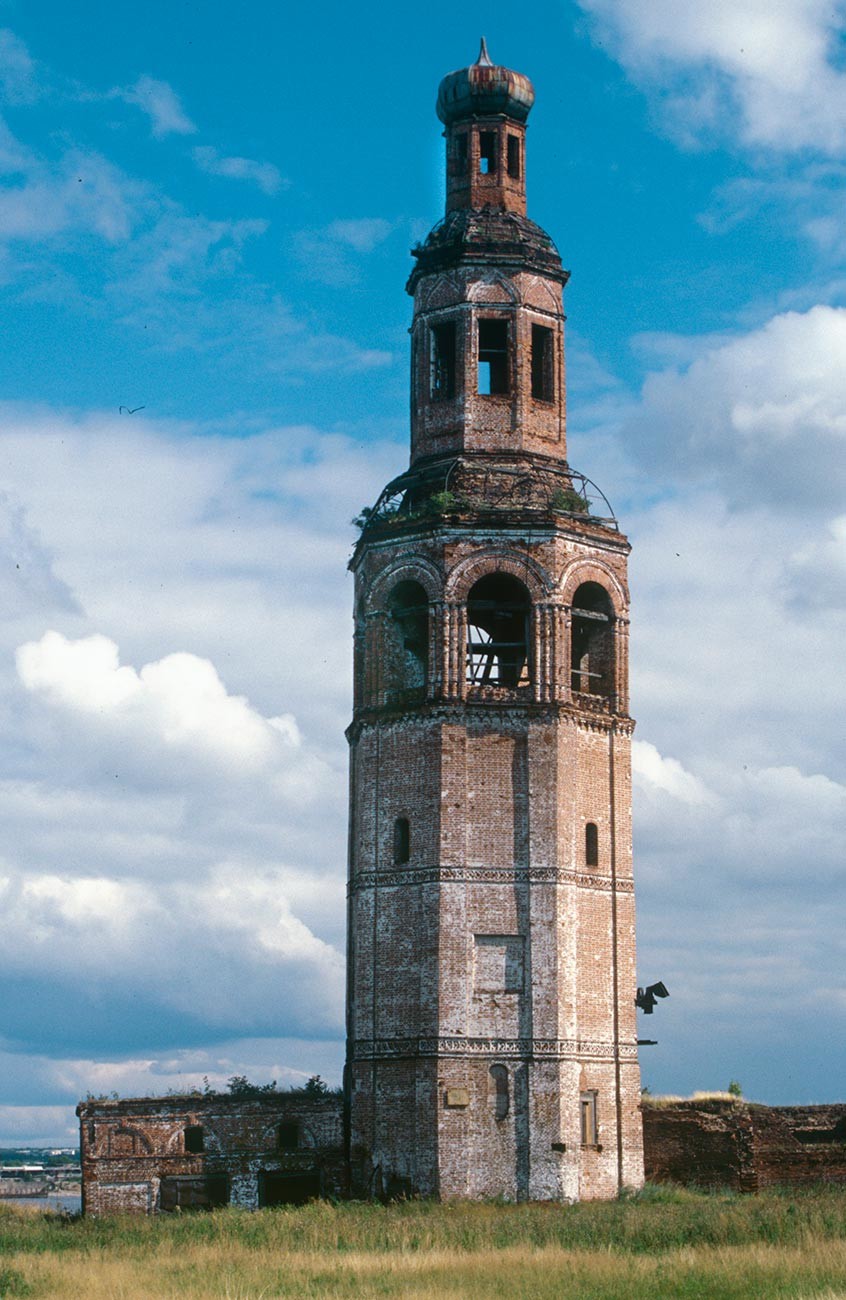 The Stroganovs had already become Russia’s leading producer of salt through their operations centered at the northern town of Solvychegodsk.

The growing wealth of Usolye in the 18th century was reflected in the construction of churches such as the imposing Cathedral of the Transfiguration, built in 1727-33 with funds provided by Baron Sergei Stroganov. (Peter the Great elevated the Stroganovs to noble status for their largesse during the Great Northern War.) 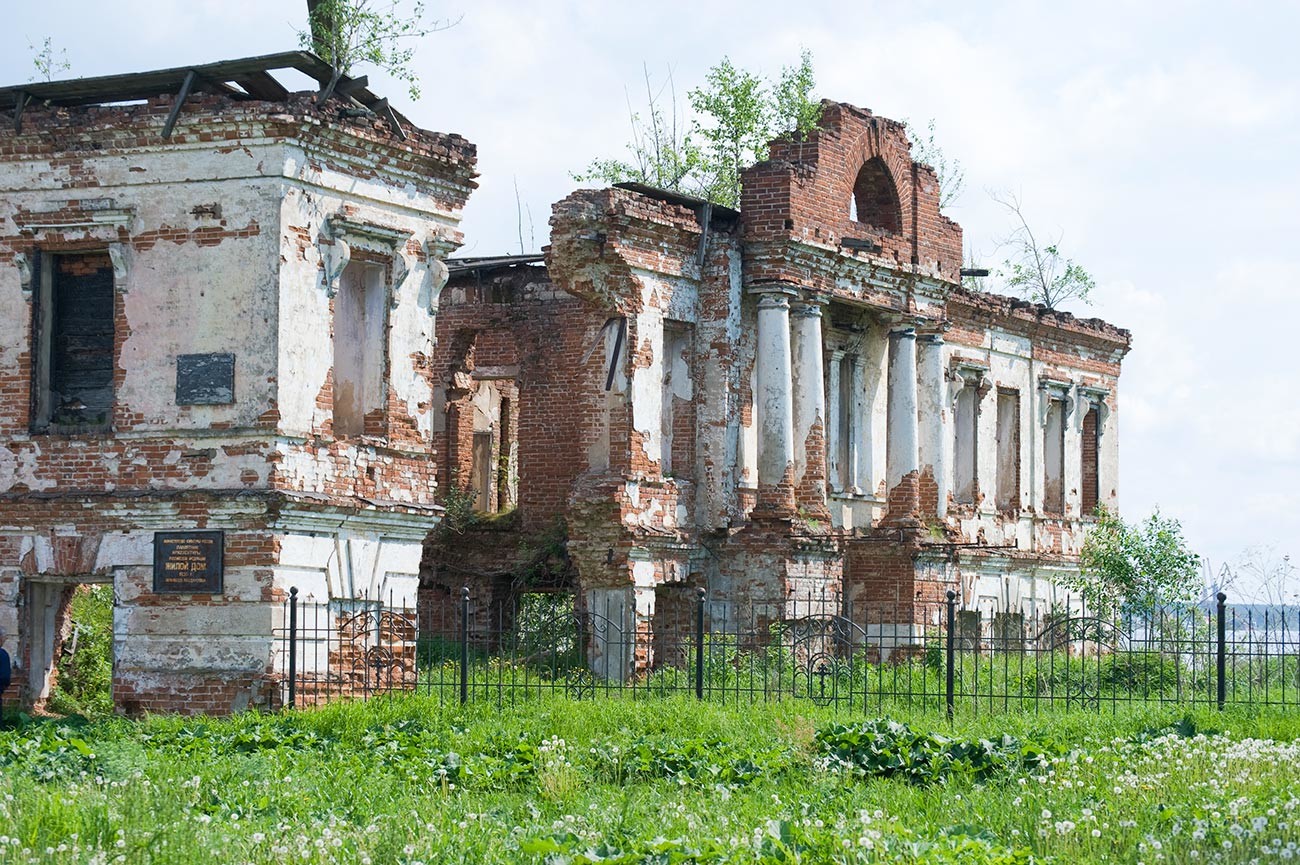 Like other Stroganov churches, the Transfiguration Cathedral displays profuse façade ornamentation in brick. In 1820, it was expanded with the addition of an unusual semi-rotunda on the west end. Ransacked during the Soviet period, today the restored interior again reveals the serene proportions of its lofty space. Complementing the cathedral is a tall bell tower built in 1730 and reinforced in 1830. 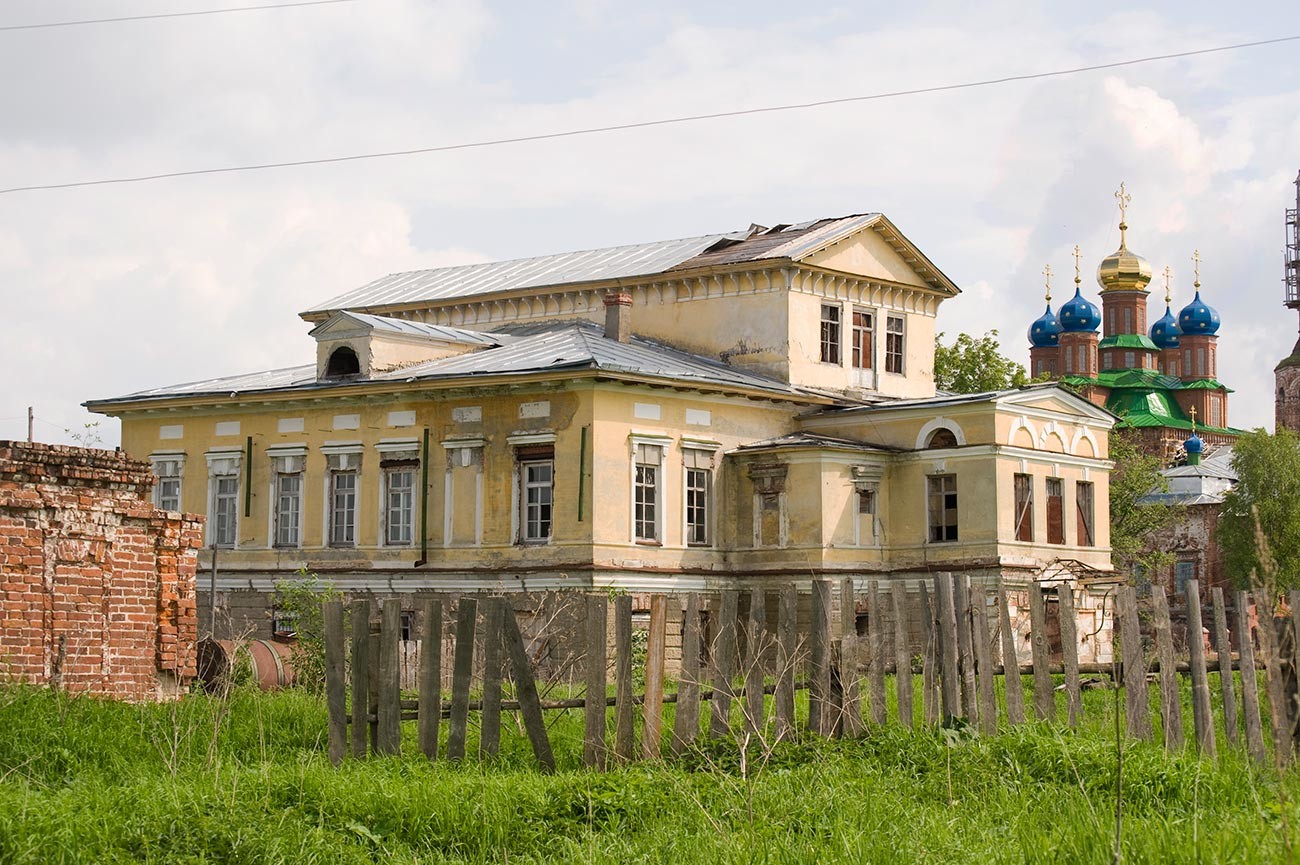 The Transfiguration Cathedral and its bell tower formed the nucleus around which the town grew in the 19th century with commercial buildings, warehouses, and salt refineries. The most imposing structures in the early 19th century were mansions built by the Stroganovs and other major holders of salt works such as the Golitsyns and Prince Sergei Abamalek-Lazarev, who purchased the local Stroganov holdings in the 1830s. 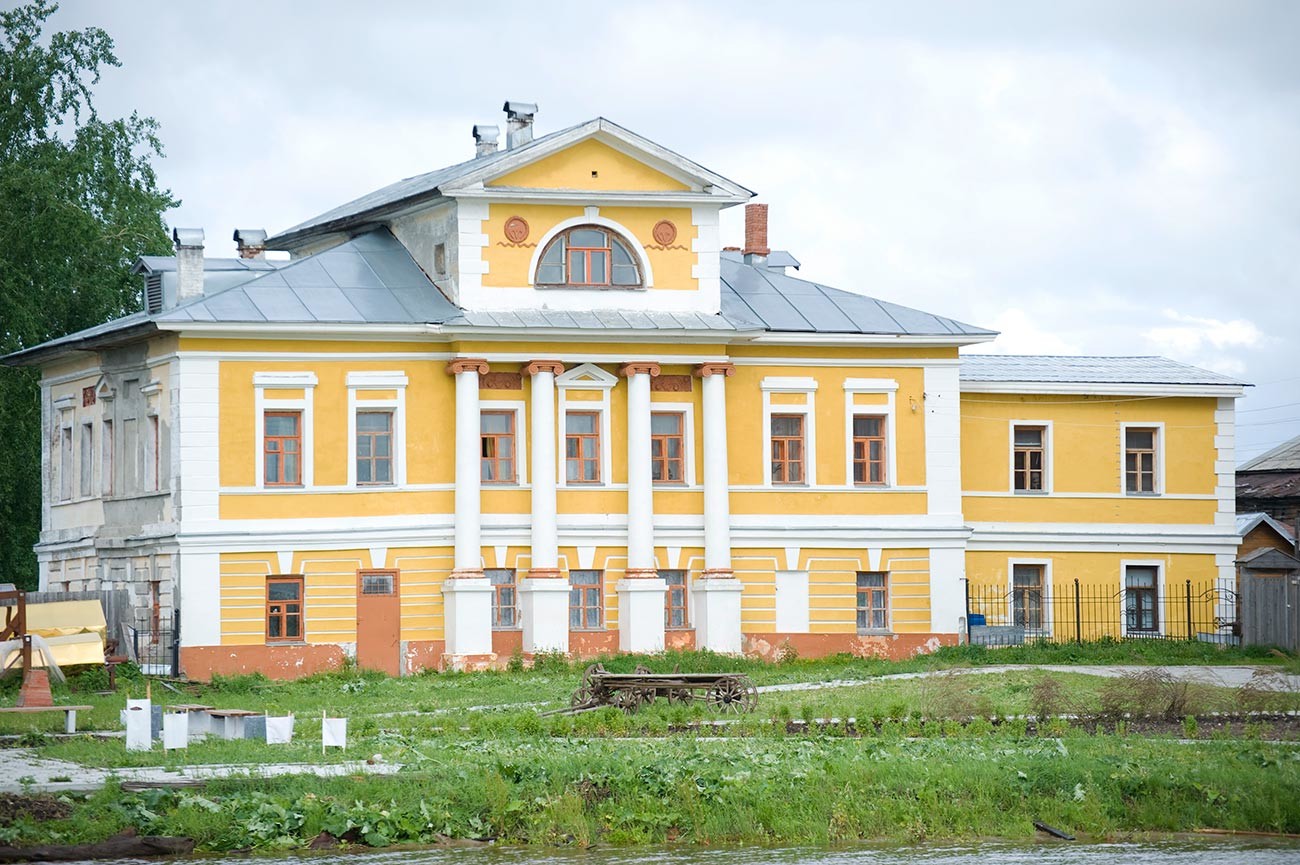 The wealth of Usolye depended on the Kama River, but the Kama has proven to be a mixed blessing. Periodic spring flooding was replaced by a far more radical change in the Soviet era, when massive power and navigation projects completed in the decade after World War II led to the creation of vast river reservoirs. The resulting increase of water levels of major rivers submerged hundreds of villages. 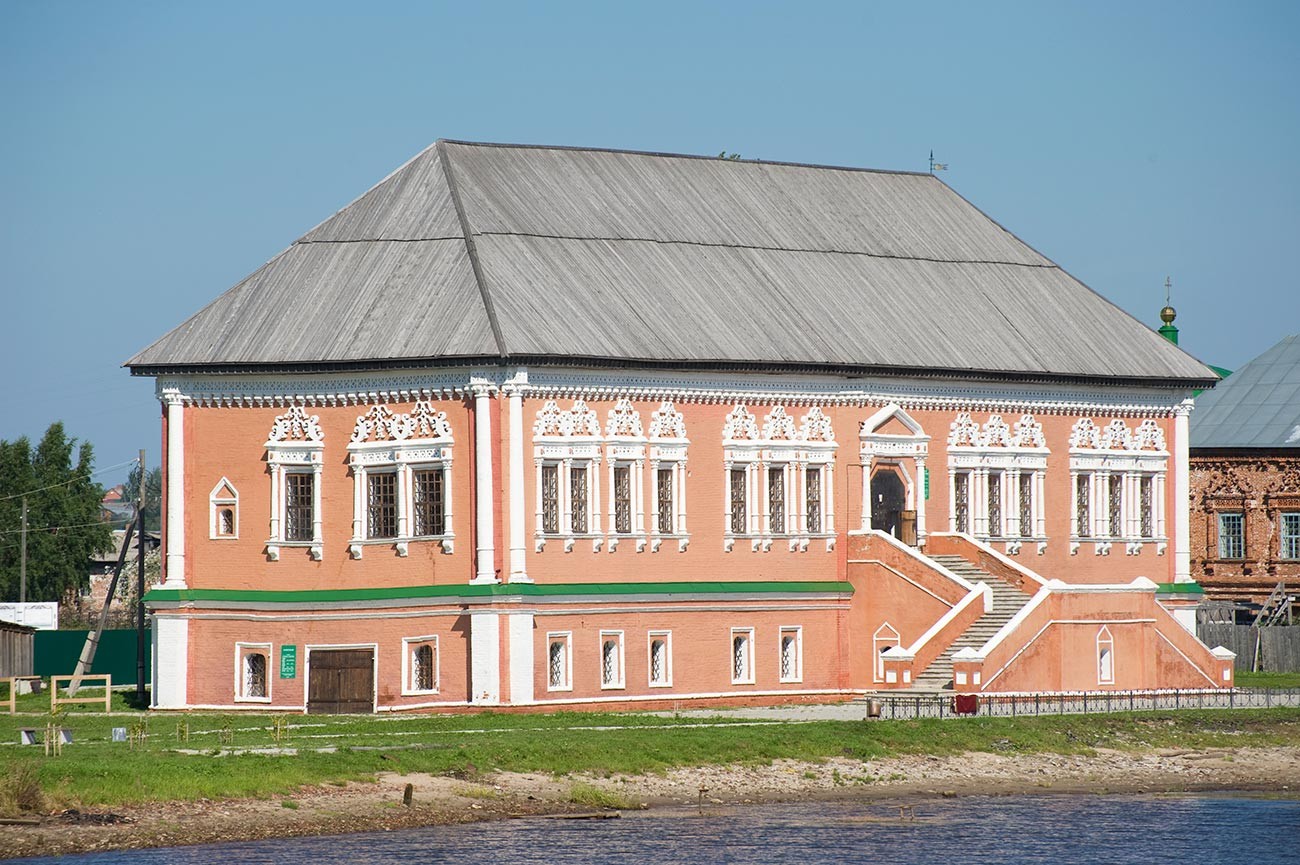 In the case of Usolye, the part of town nearest to the river was flooded by the formation of the Kama Reservoir in the early 1950s. The construction of levees saved some of the most important monuments, such as the Transfiguration Cathedral, from outright destruction, yet others suffered catastrophic foundation damage at the water’s edge. A further blow came from the abandonment of the historic district as a residential area. 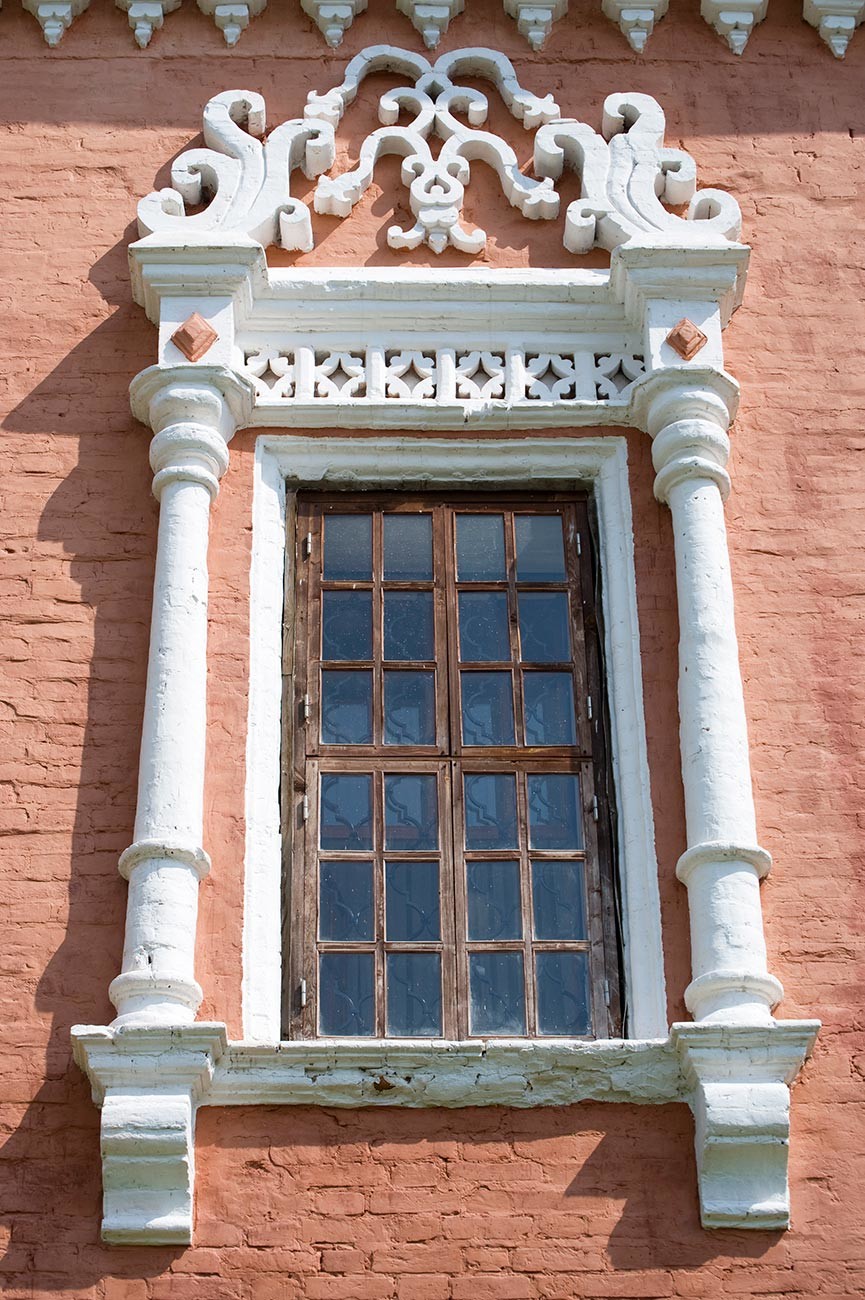 Fortunately, the efforts of museum personnel and the support of the regional administration succeeded in preserving several landmarks of historic Usolye, including early 19th-century houses. In addition to the Transfiguration Cathedral (now reopened for worship), the neoclassical Church of St.Nicholas (1813-20) is being restored. This is particularly important, since its design is attributed to Andrei Voronikhin (1759-1814), one of Russia’s greatest architects and a native son of Usolye. Construction of the church was undertaken by Baron Grigory Stroganov to honor the Stroganov family’s service to the Russian cause during the 1812 Napoleonic invasion. 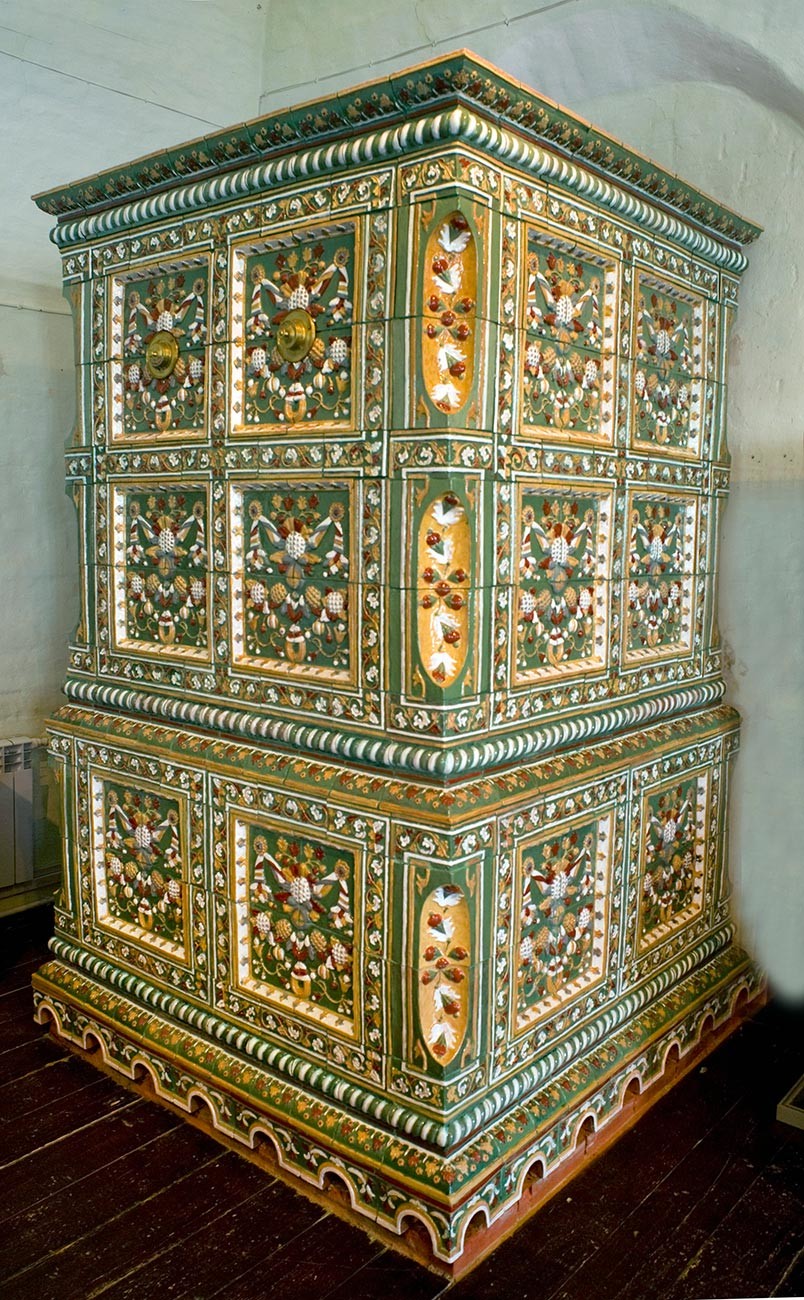 Perhaps the greatest achievement in Usolye is the restoration of the Stroganov Chambers, built in 1724 as the primary Stroganov residence in the Urals. Despite the date of its construction, the structure shows little western influence and bears a close resemblance to Moscow's “chambers” of the late 17th century before the architectural changes introduced by Peter the Great. 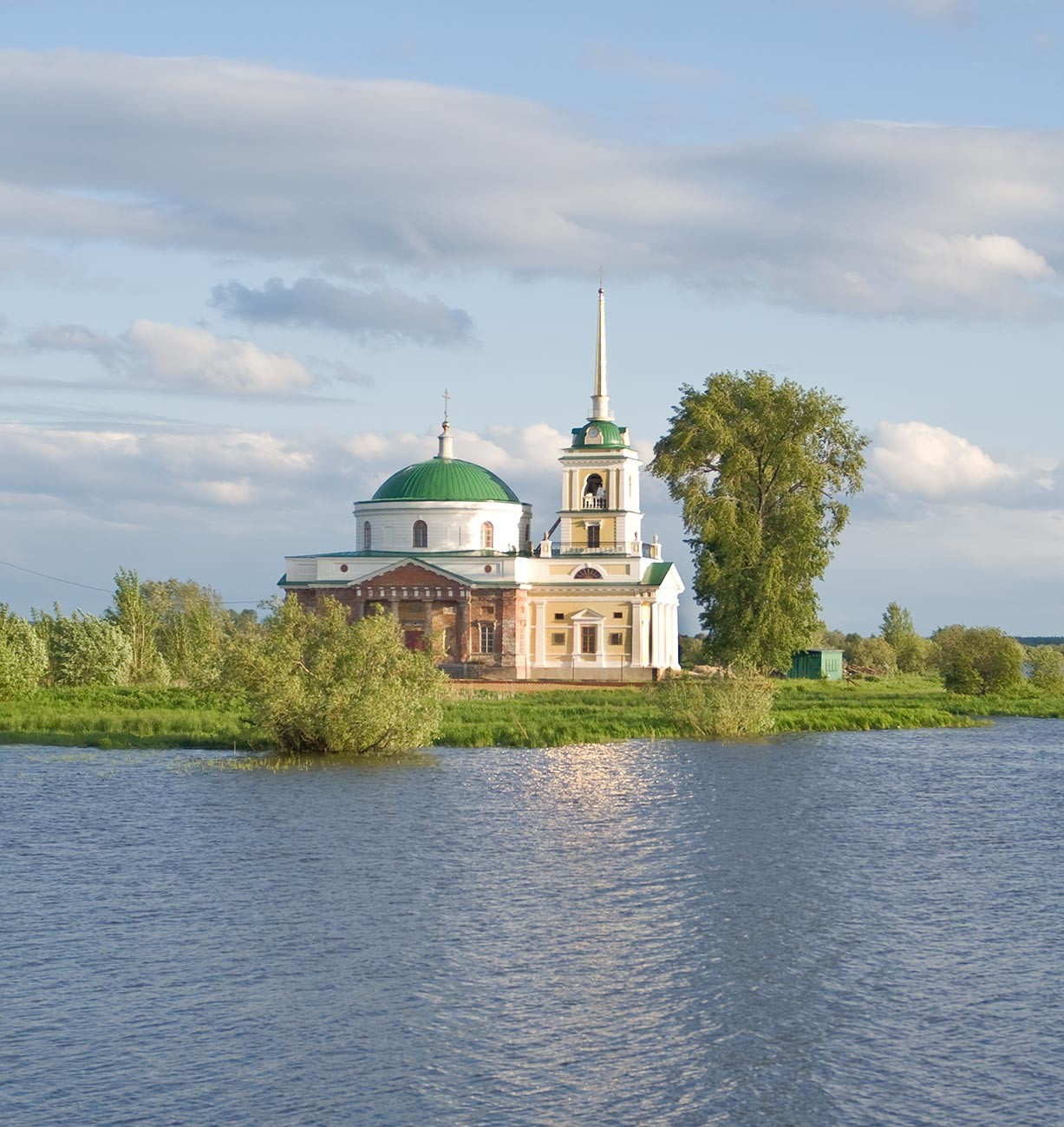 The interior of the Stroganov Chambers contains large ceramic stoves that were carefully recreated from surviving fragments of the originals. The ground floor of the building serves as the administrative center for the museum and for cultural festivals on the Kama River. Other rooms are now lecture halls and spaces for traveling exhibits. It also features a ceramics workshop.

Other sites along the Kama 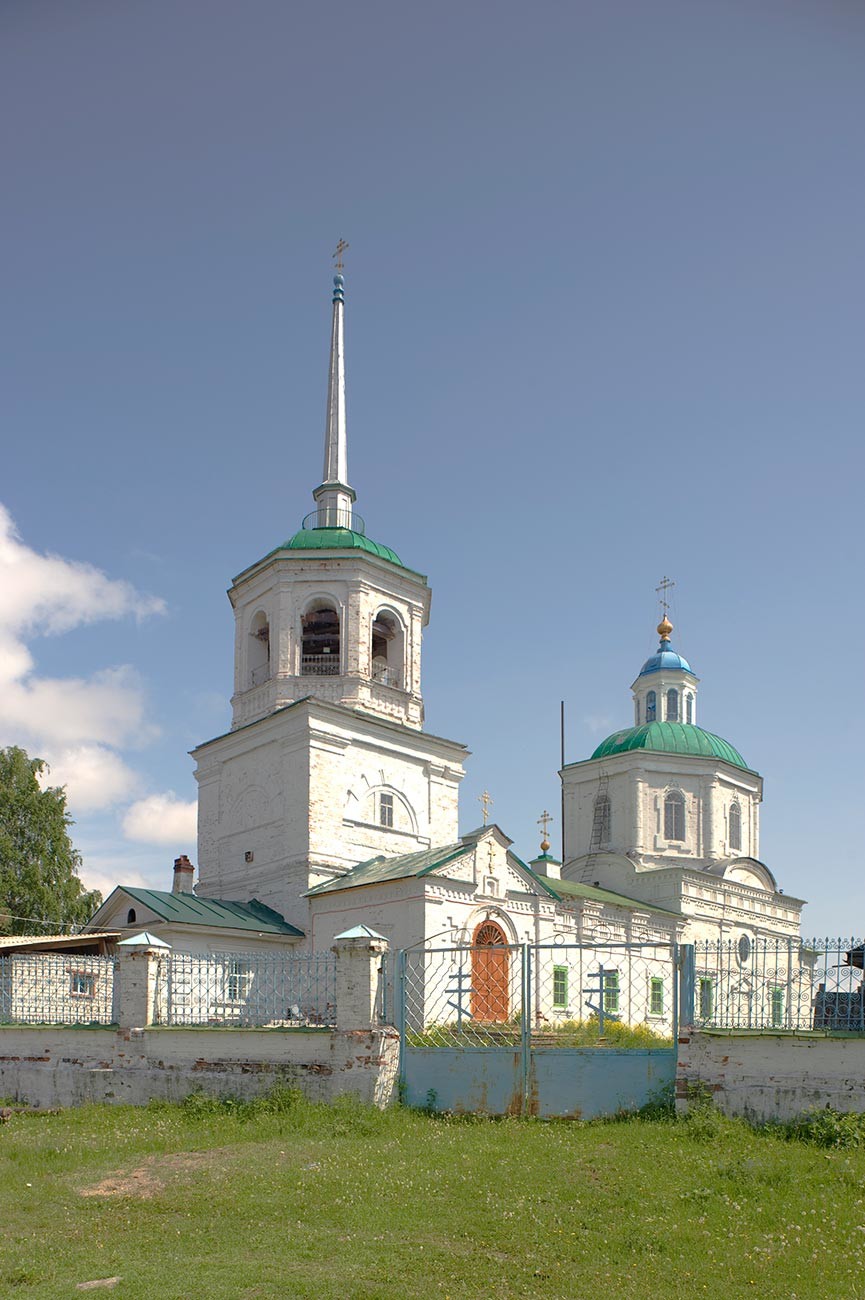 The Usolye district contains other historic sites such as Pyskor (some 13 miles to the north), whose hilly terrain offers some of the most picturesque vistas along the Kama. At the top of Monastery Hill is the charming Church of St. Nicholas on the Hill, built in 1695 and now being restored.

To the south of Usolye is the village of Oryol, site of the Church of the Praise of the Virgin (1735). The sparsely decorated whitewashed walls of the exterior conceal one of the more colorful interiors of Russian provincial church architecture, with an unusual chapel in the center of the main church, as well as a soaring icon screen from an earlier wooden church. Oryol is easily accessible by road, but the more picturesque route is by boat from Usolye. 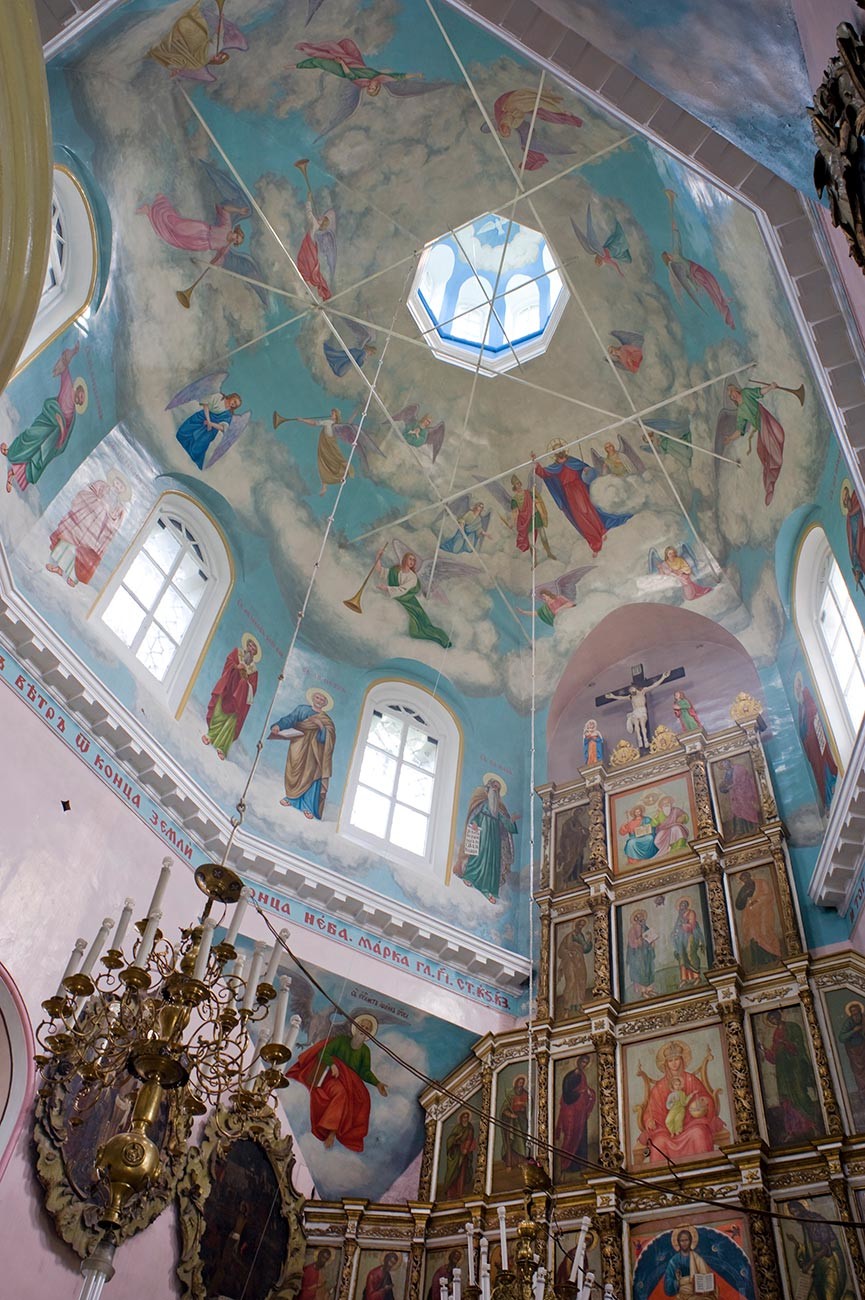 Oryol. Church of the Praise of the Virgin. Interior with icon screen & painted octagonal ceiling. June 11, 2011

Further south along the Kama River is the village of Taman, with the massive ruins of the Church of Saints Peter and Paul. Built by the Kiryanov family at the beginning of the 20th century in an eclectic blend of Western and Russian elements, the church lost its cupolas and most of its interior decoration during the Soviet period. Yet its ruined structure, solidly built, still stands as a haunting apparition along the Kama River. 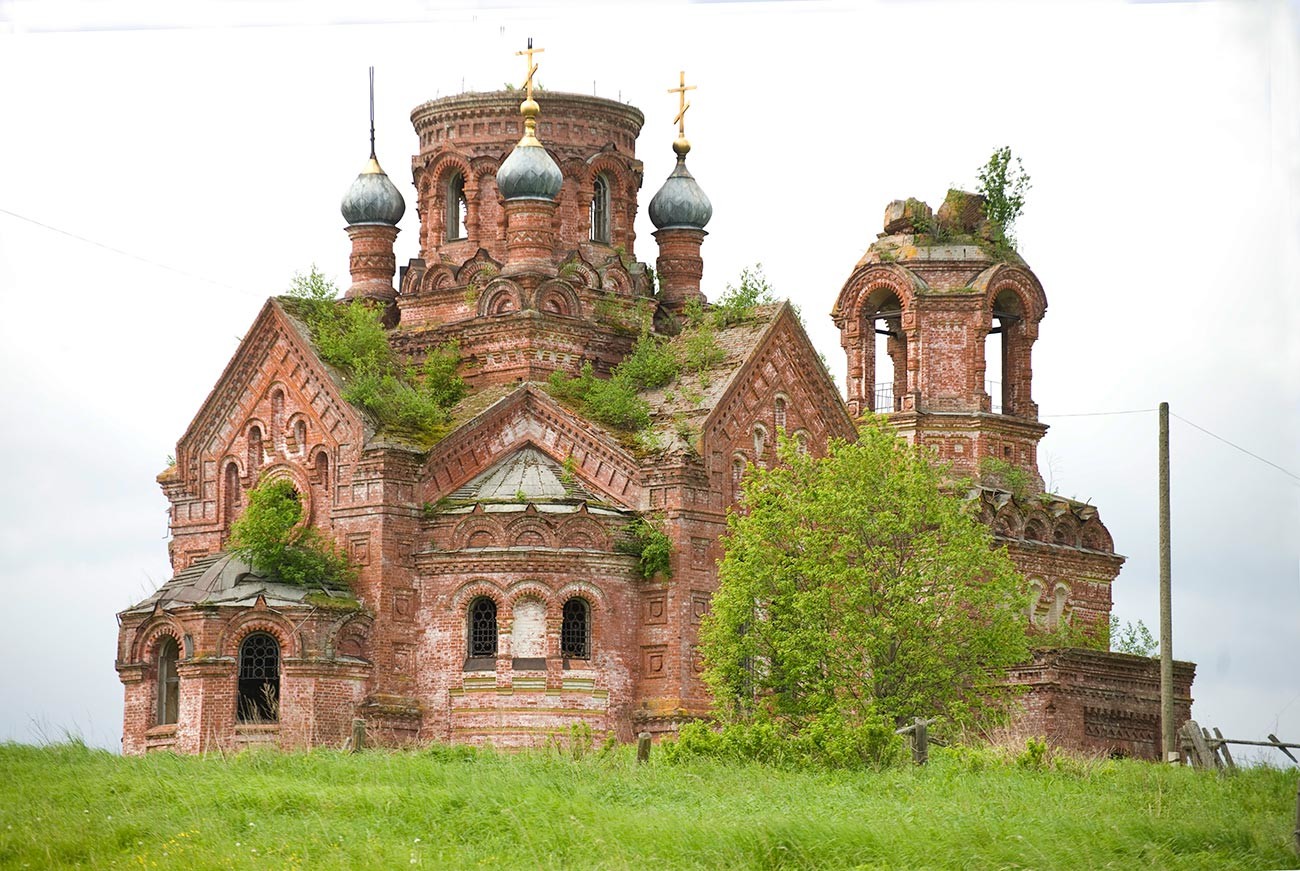