Who are the foreigners with streets named after them in Russia? 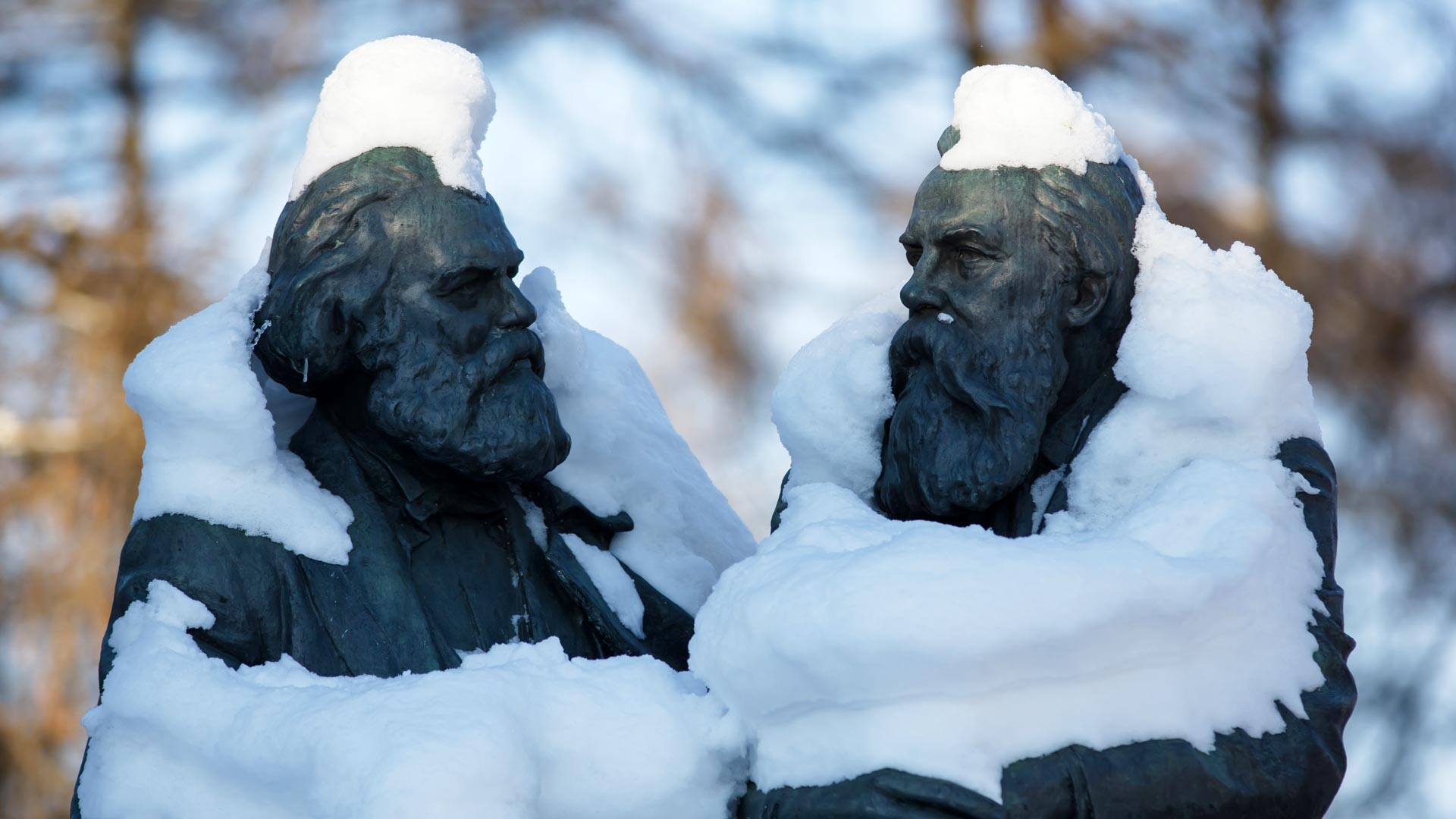 Monument to Karl Marx and Friedrich Engels in Petrozavodsk, Karelia

Igor Podgorny / Sputnik
The Bolsheviks sought to erase all street names associated with the tsarist regime and started to rename places in order to commemorate leading communist officials and heroes. That’s how many cities got streets named not only after Lenin, but also after various foreigners. Here are some of them. 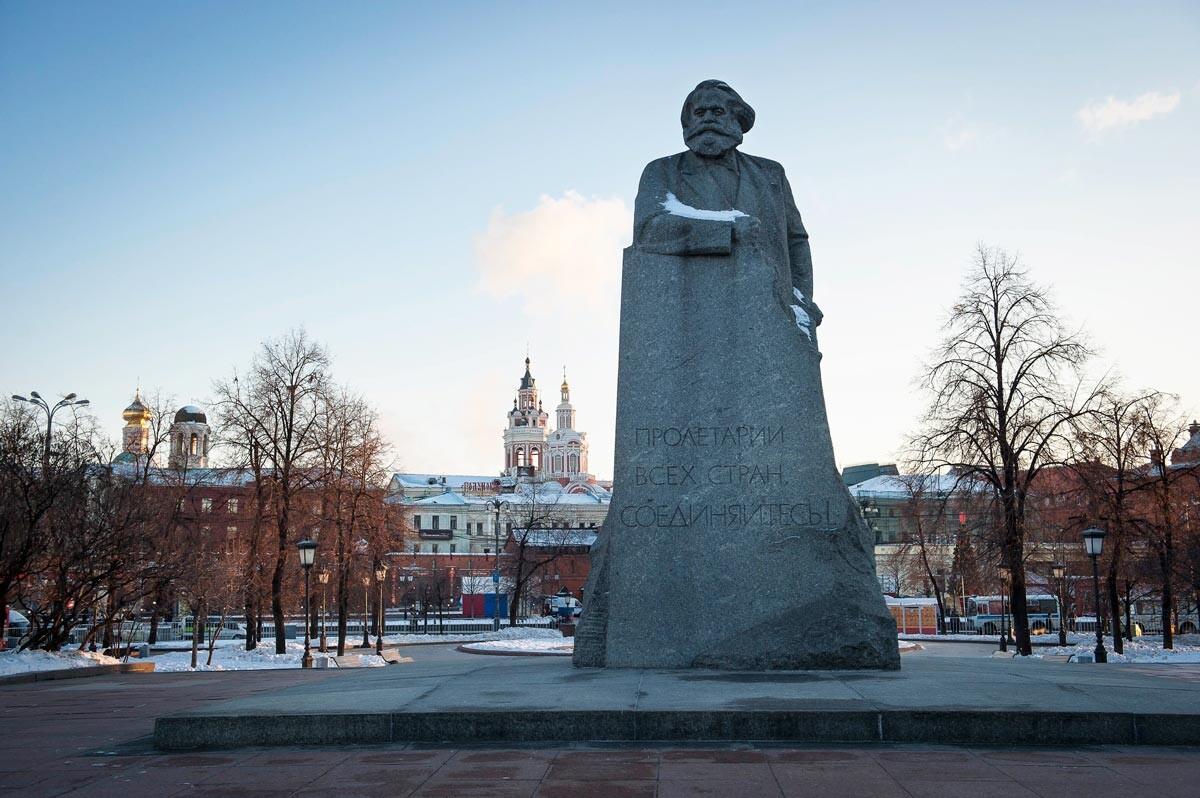 Monument to Karl Marx in Moscow

These ideological philosophers of communism had cult status in the USSR: their profiles were displayed on many Soviet state institutions, on postage stamps and on posters; while monuments to them can still be found in many Russian cities.

Marx has perhaps the largest number of streets named after him: there is a Marx Street in more than 1,000 cities and towns in Russia. Engels is a sure second, with his name gracing more than 400 streets throughout Russia. In addition, the Saratov Region has two towns named after Marx and Engels. These places on the Volga have had German settlements since the 18th century. 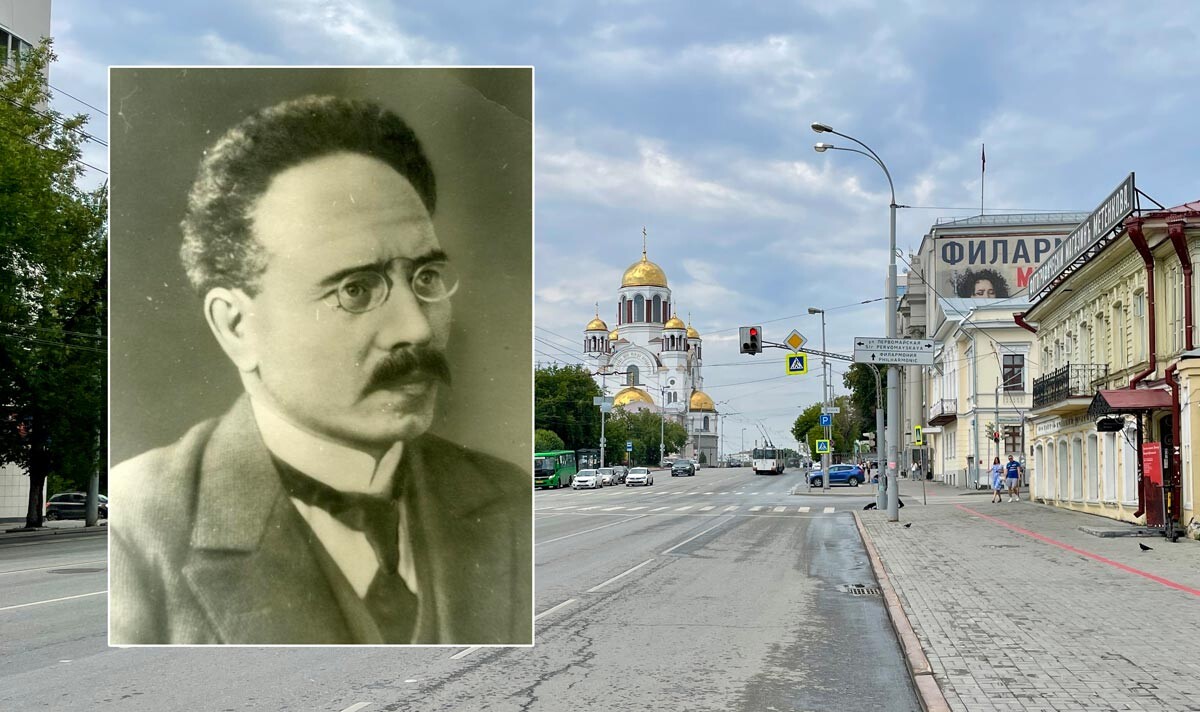 In the USSR, these two Social Democrats and leaders of the German labor movement were often honored together. After all, they were captured together after a workers' uprising in Berlin and killed by supporters of the Kaiser. There are streets named after Liebknecht in more than 100 settlements in Russia. In addition, there are several villages in different parts of the country whose names are associated with Liebknecht, including Liebknechtovka. There are Rosa Luxemburg Streets in almost 200 settlements in Russia, as well as several villages named after her. 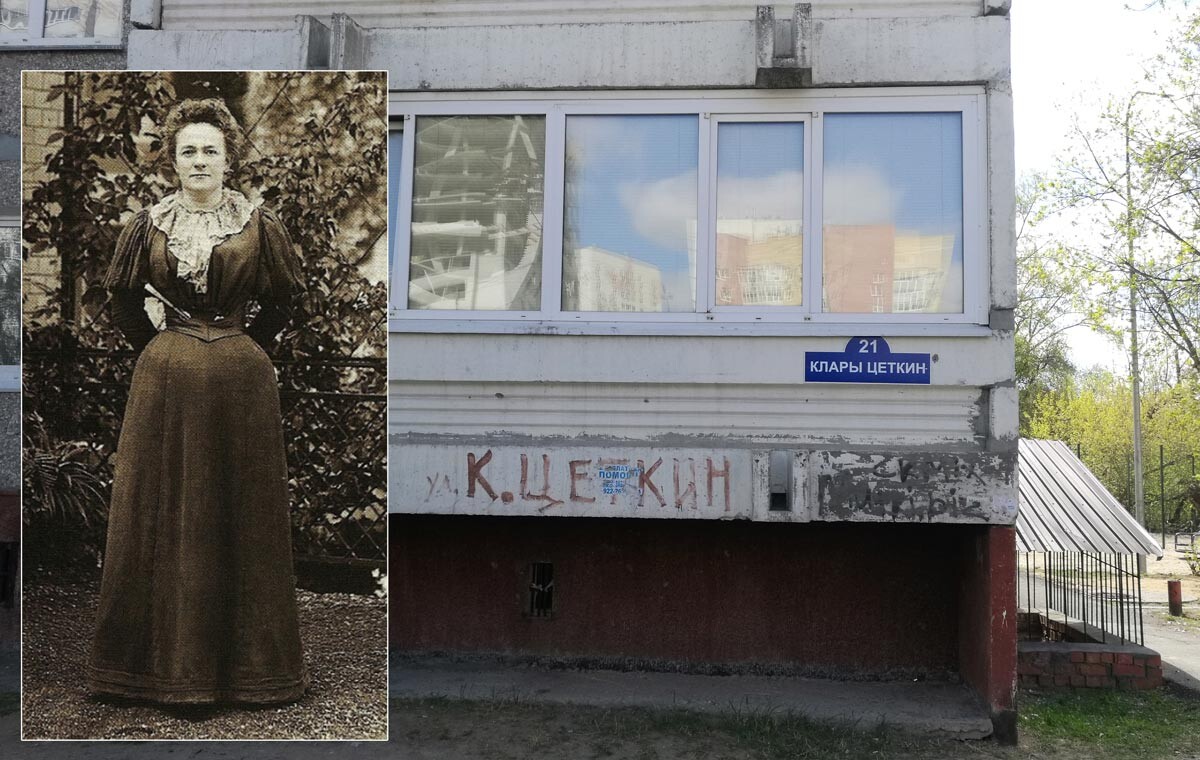 The German revolutionary who fought for women's rights was very popular in the USSR. Having fled from the Nazi regime, she spent the last days of her life in Moscow, and was buried with honors at the Kremlin Wall. Many cities in former Soviet republics still have streets named after Clara Zetkin. In Russia alone, there are more than 40 streets named after her. In addition, Samara Region has a settlement named after Clara Zetkin. 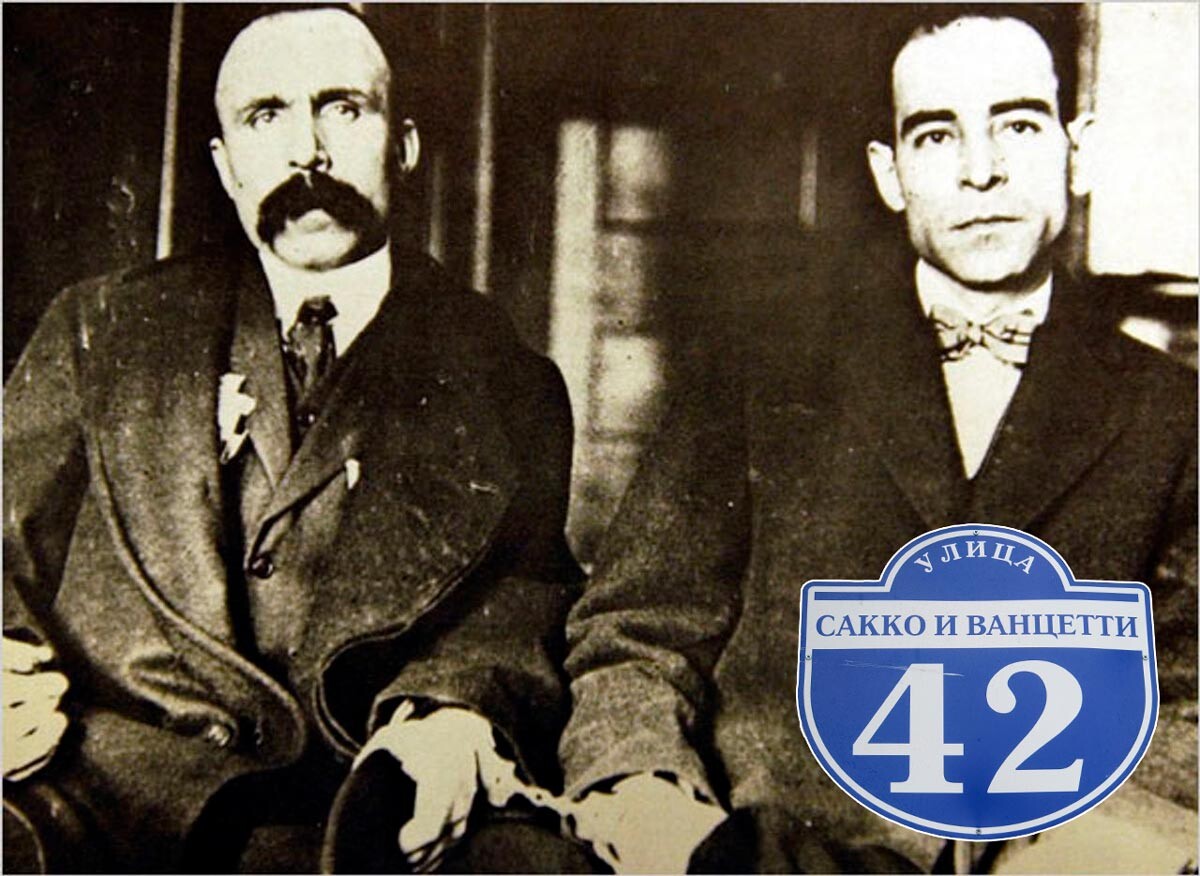 Natives of Italy, Nicola Sacco and Bartolomeo Vanzetti were very active in the U.S. labor movement. They were anarchists and, amid American strikes in the late 1910s, led a volunteer investigation into the death of a worker. According to various sources, the worker had either been killed by the police or had committed suicide, unable to stand their bullying.

Sacco and Vanzetti found evidence related to the case that they planned to present at a workers' rally. The day before, however, they were captured, accused of assaults and murders, and executed by electric chair. The unjustly accused proletarian activists enjoyed posthumous support in the USSR, with streets named after them in more than 50 cities all over the Soviet Union. 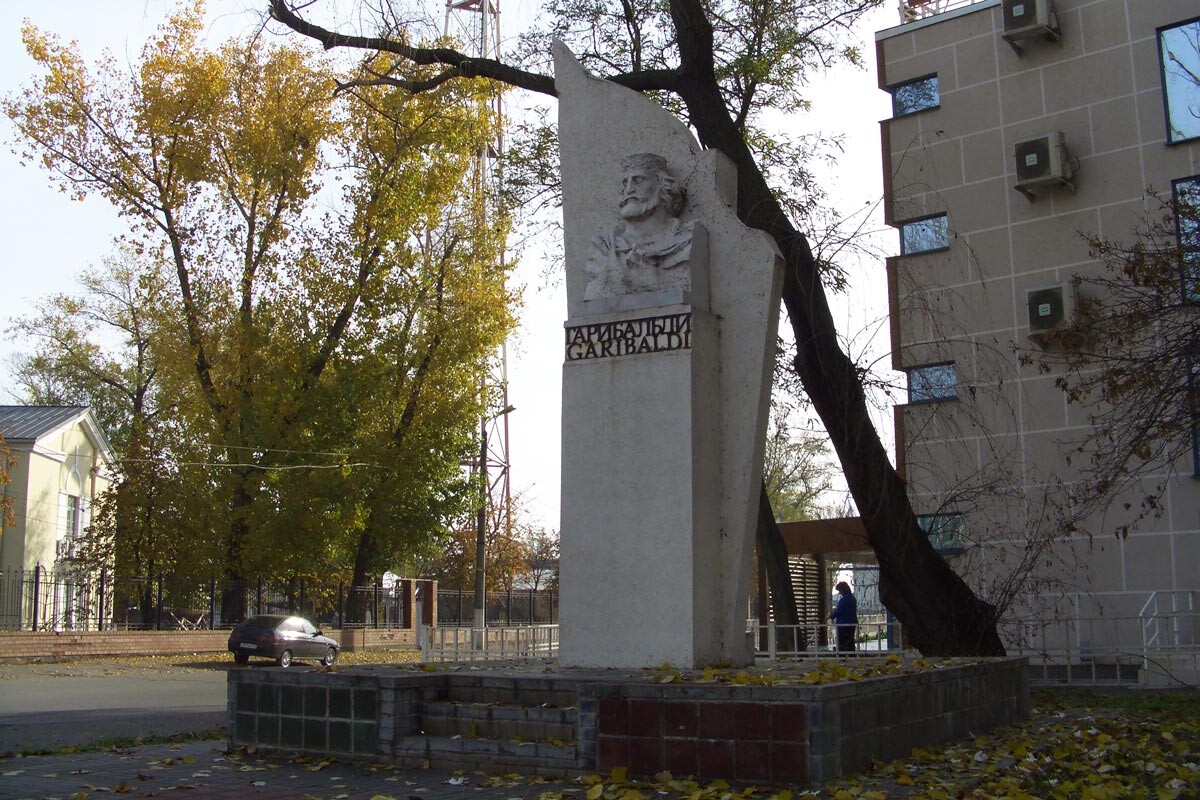 Monument to Giuseppe Garibaldi in Taganrog

In the USSR, the name of Italy's national hero and one of the leaders of its national liberation movement was given to streets in Moscow, Rostov-on-Don, Rybinsk, Derbent and Taganrog. The latter is also home to Russia's only monument to Garibaldi, the inscription on which reads: "In 1833, Giuseppe Garibaldi, while in Taganrog, vowed to devote his life to the liberation and reunification of his Motherland, Italy."

Indeed, a young Garibaldi visited Taganrog on his trading schooner. The city even features in his memoirs: here he met a man from Liguria who told him about the “real state of affairs in the country” and inspired him to patriotic struggle. "I suspect Columbus never felt so happy having discovered America as I felt being among people who dedicated their lives to freeing their Fatherland." 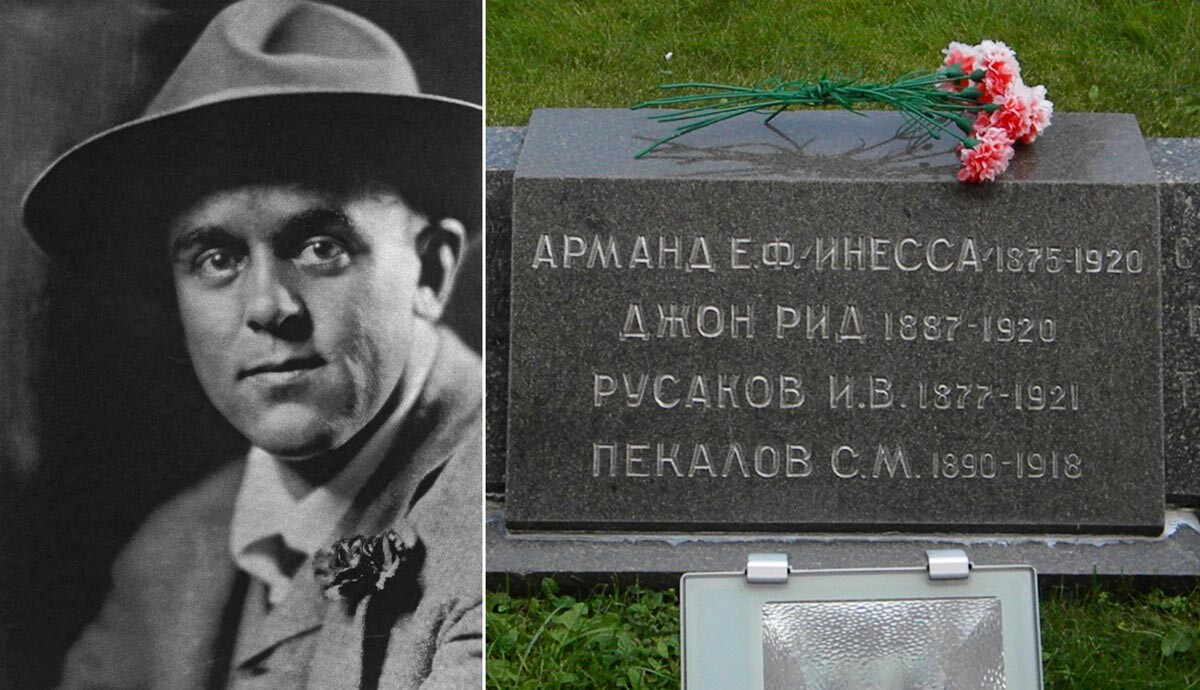 John Reed and his grave at the Moscow Kremlin necropolis

This American journalist witnessed the 1917 Revolution and the Civil War in Russia, and glorified the Bolsheviks in his book Ten Days That Shook the World. As a sign of their gratitude, the Soviet authorities buried him with honors at the Kremlin Wall. There are streets named after John Reed in several cities, including St. Petersburg and Astrakhan. 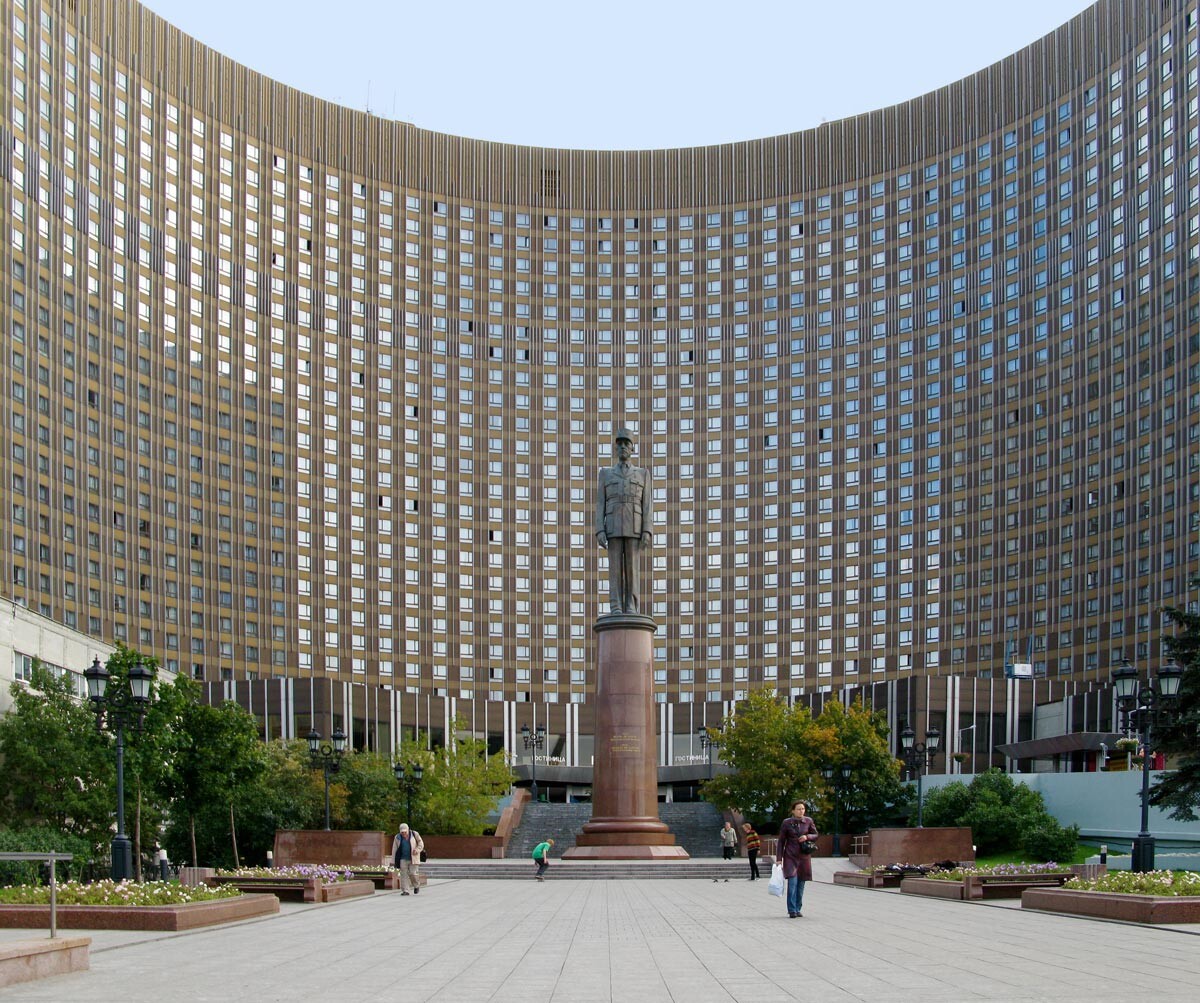 In 2005, a monument to the French president was unveiled on the square outside the Cosmos Hotel in Moscow, not far from the Exhibition of Achievements of the National Economy (VDNKh). The square was named after de Gaulle in 1990. He was not a supporter of communism but became a friend and ally of the USSR when the two tried to create an alternative to NATO in Europe. 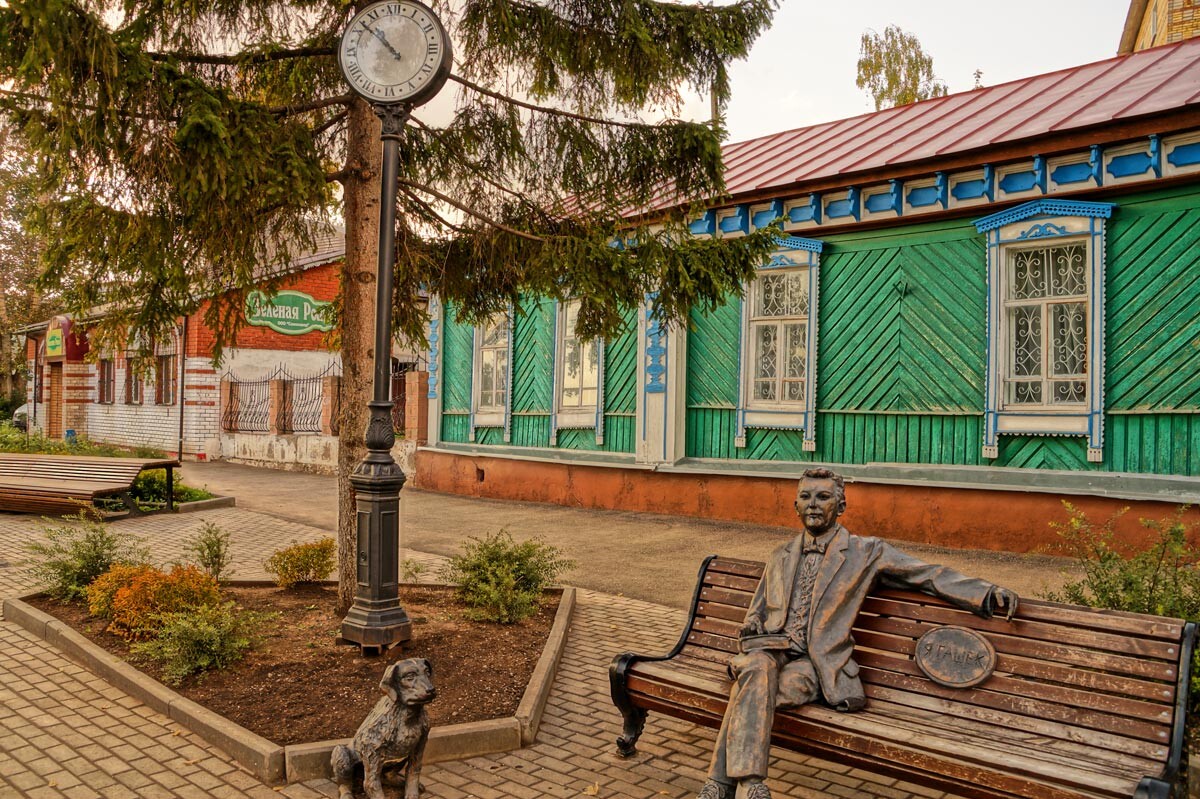 The author of the famous novel The Good Soldier Švejk spent many years living in Soviet Russia. After World War I (during which he was in captivity in Kyiv), the Czech writer came to Moscow and joined the Red Army. As an agitator, he traveled practically across the whole country and many cities have memorial plaques in his honor, as well as monuments to his character, Švejk. There are streets named after Hašek in Moscow, St. Petersburg, Omsk, Kazan, and Irkutsk; while the Tatar city of Bugulma, where he worked as an assistant to the military commandant, even has the Hašek Literary Museum, the only museum dedicated to the writer outside his native Czech Republic. 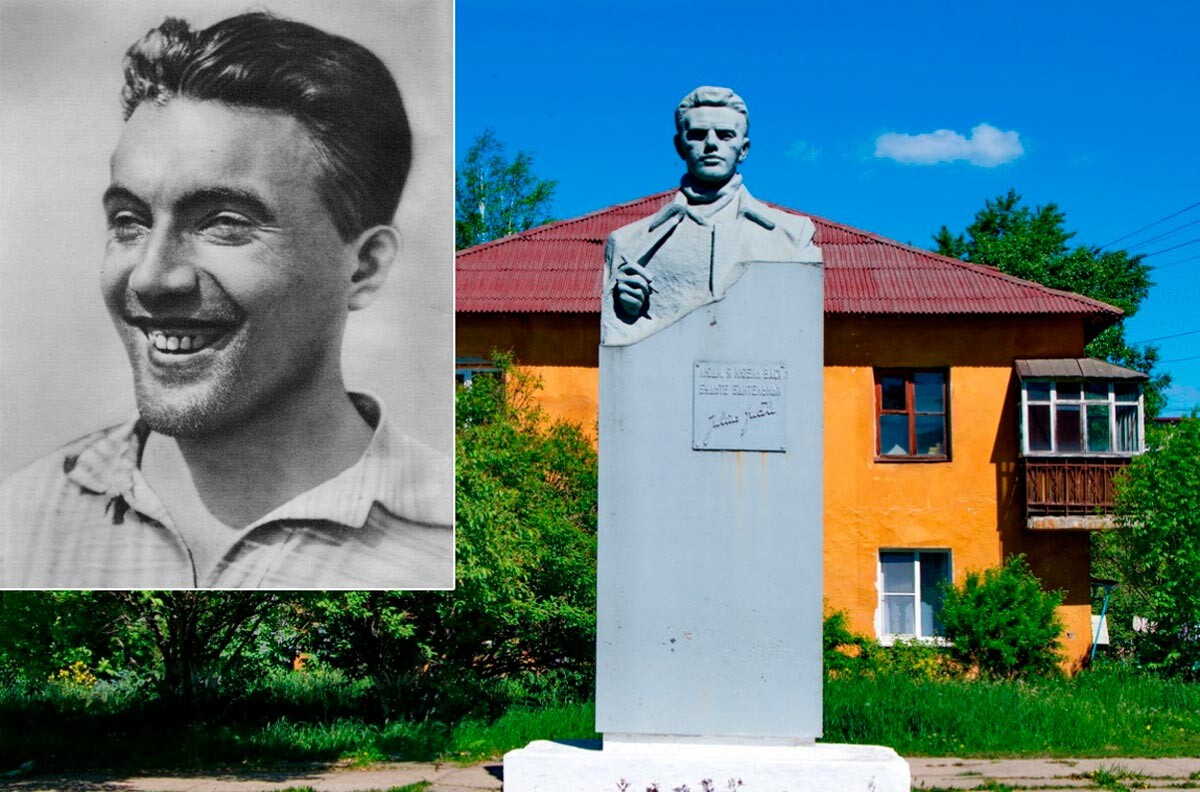 The Czech communist and journalist, Julius Fučík, visited the USSR several times and even traveled to Central Asia, after which he wrote the book In the Country Where Our Tomorrow Is Already Yesterday (1932). In the Soviet Union, he was also celebrated as an anti-fascist, and his book, Notes from the Gallows, written in Hitler's prison a year before his execution, was published in large numbers.

More than 20 cities in Russia have streets named after Fučík, including Moscow, St. Petersburg, Nizhny Novgorod, Kazan, Rostov-on-Don, Volgograd and many others. In addition, there are Julius Fučík Streets in Uzbekistan, Tajikistan, Kazakhstan and other former Soviet republics where he visited during his journalistic work. There is also a monument to Fučík in Pervouralsk, Sverdlovsk Region. 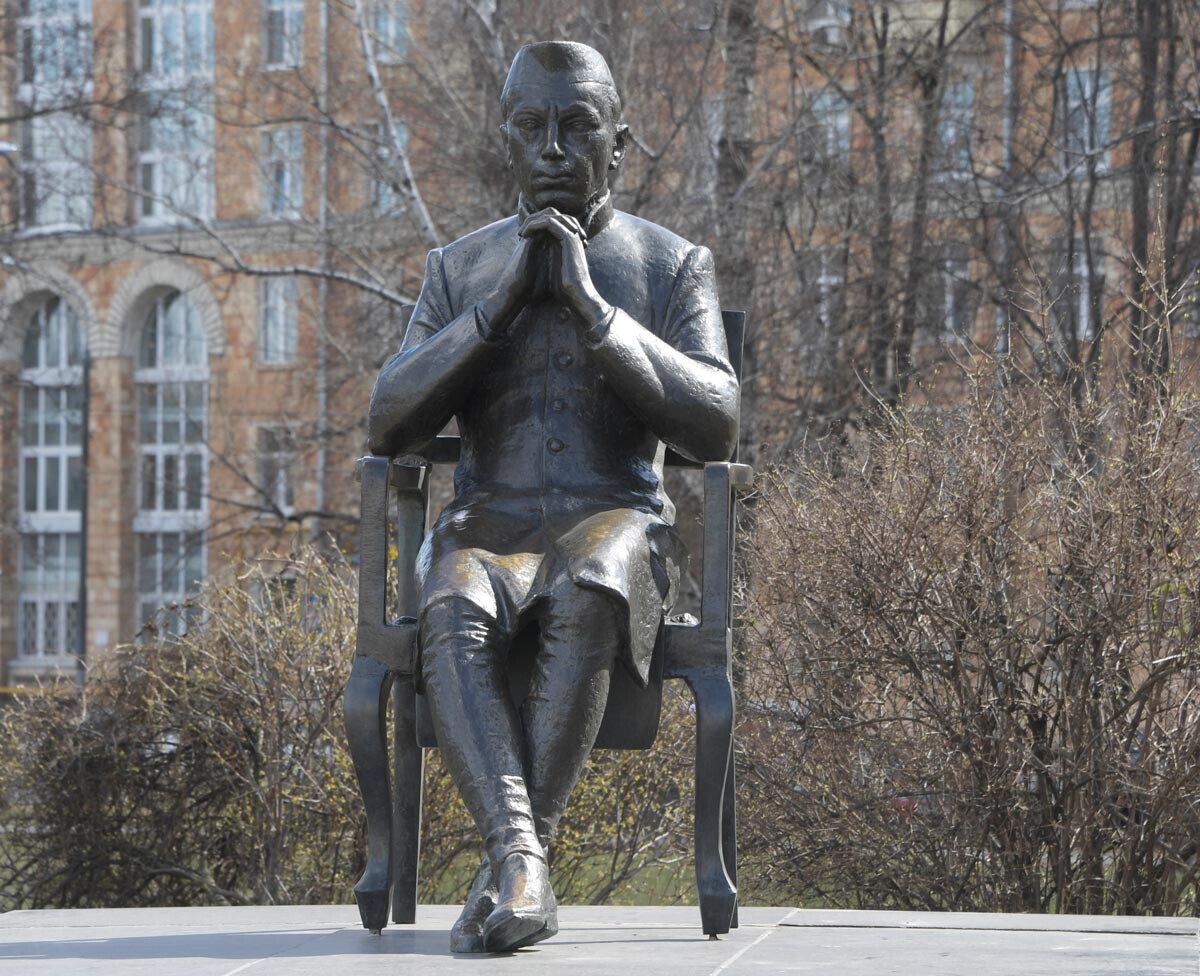 Monument to Jawaharlal Nehru not far from the Moscow State University

Although the name of the leader of India’s national liberation movement is a bit of a mouthful for Russians to pronounce, there is a square in Moscow not far from Moscow State University named after Jawaharlal Nehru, and a park in Yekaterinburg. Nehru visited the USSR several times, and in 1955 he made a trip around the country, visiting – among other places - the Uralmash plant in Sverdlovsk (present-day Yekaterinburg), which later began to supply excavators to India.

Not far from Nehru Square in Moscow, there is a square named after his daughter Indira Gandhi, Indian Prime Minister and Woman of the Millennium, according to the BBC. 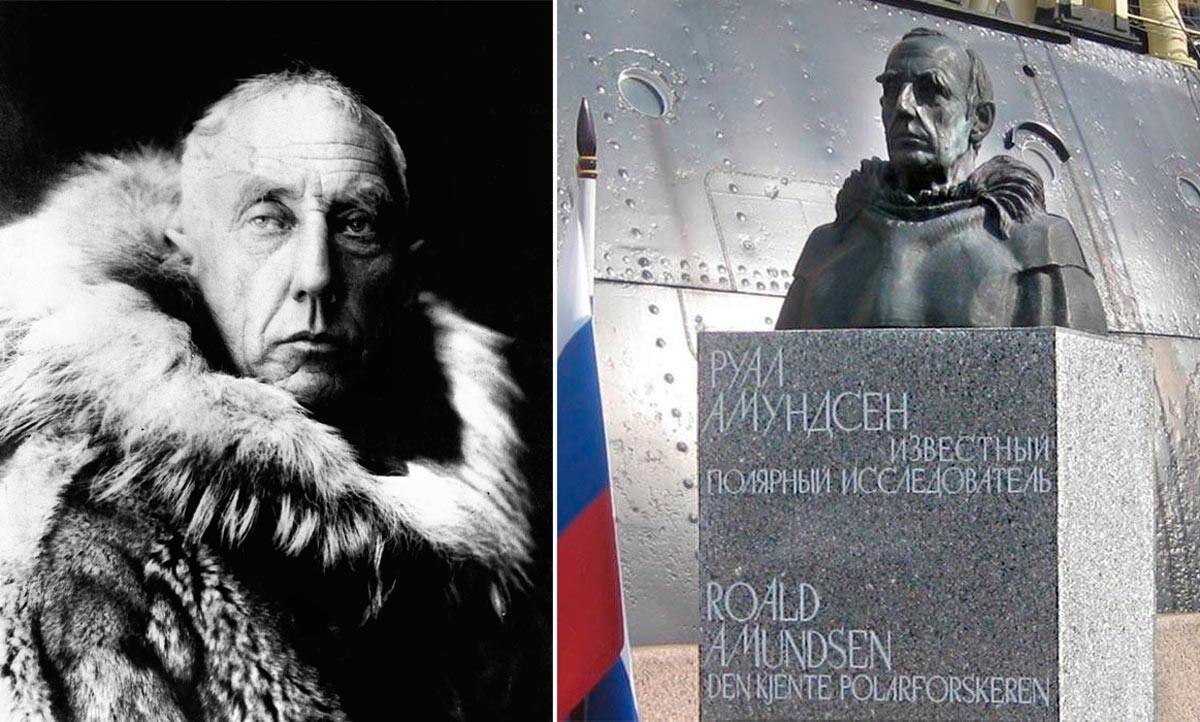 The Norwegian discoverer and Arctic explorer was much respected in the USSR. In addition to his numerous achievements and records, he also explored the entire northern coast of the country, making an expedition along the Northeast Passage. Moscow and Yekaterinburg have streets named after him, while St. Petersburg has a bust of Amundsen. Soviet film director Mikhail Kalatozov made a biopic about him called The Red Tent (1969), with Sean Connery starring as the Norwegian explorer. (Click here to read about the film's shooting in the USSR) 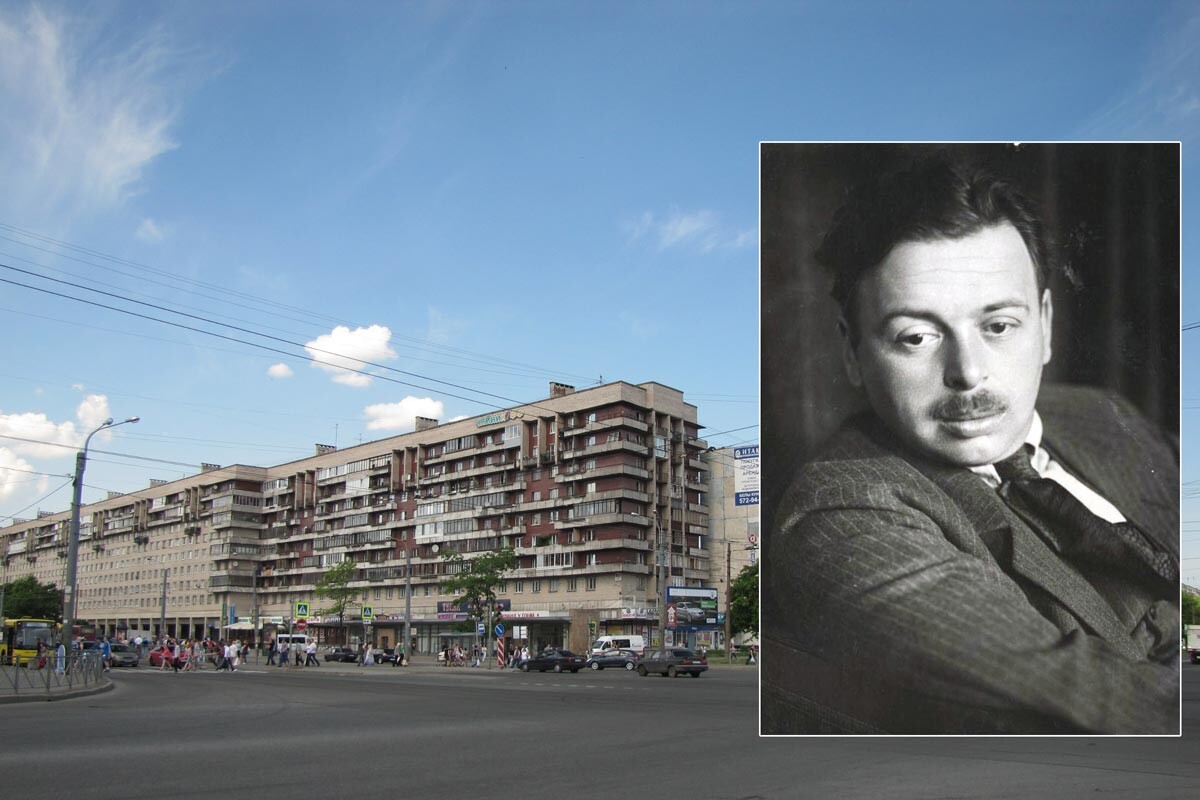 Kun was one of the leaders of the 1919 Hungarian Revolution and the head of the Hungarian Soviet Republic, which lasted 133 days. After it fell, he was forced to flee to Russia, where he fought on the side of the Bolsheviks in the Civil War (and was an active participant in the Red Terror).

In 1938, he fell victim to the Great Purge as one of the leaders of the Comintern on charges of "leading a counter-revolutionary terrorist organization", he was later rehabilitated posthumously. In Moscow there is a square named after Bela Kun, and in St. Petersburg, Tomsk and Simferopol there are streets named after him. 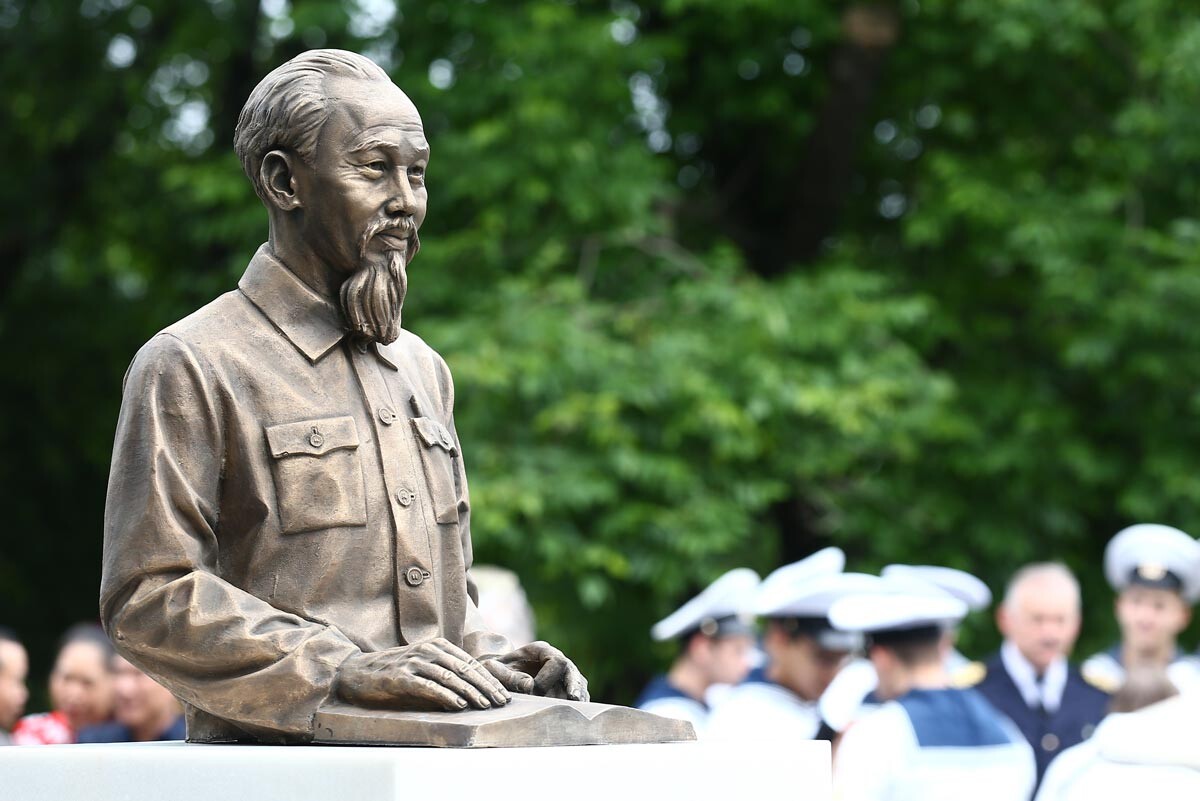 The city of Saigon, the largest in Vietnam, was renamed after this revolutionary Marxist. In Moscow, where he lived and worked in the Executive Committee of the Comintern, there is a square named after Ho Chi Minh. 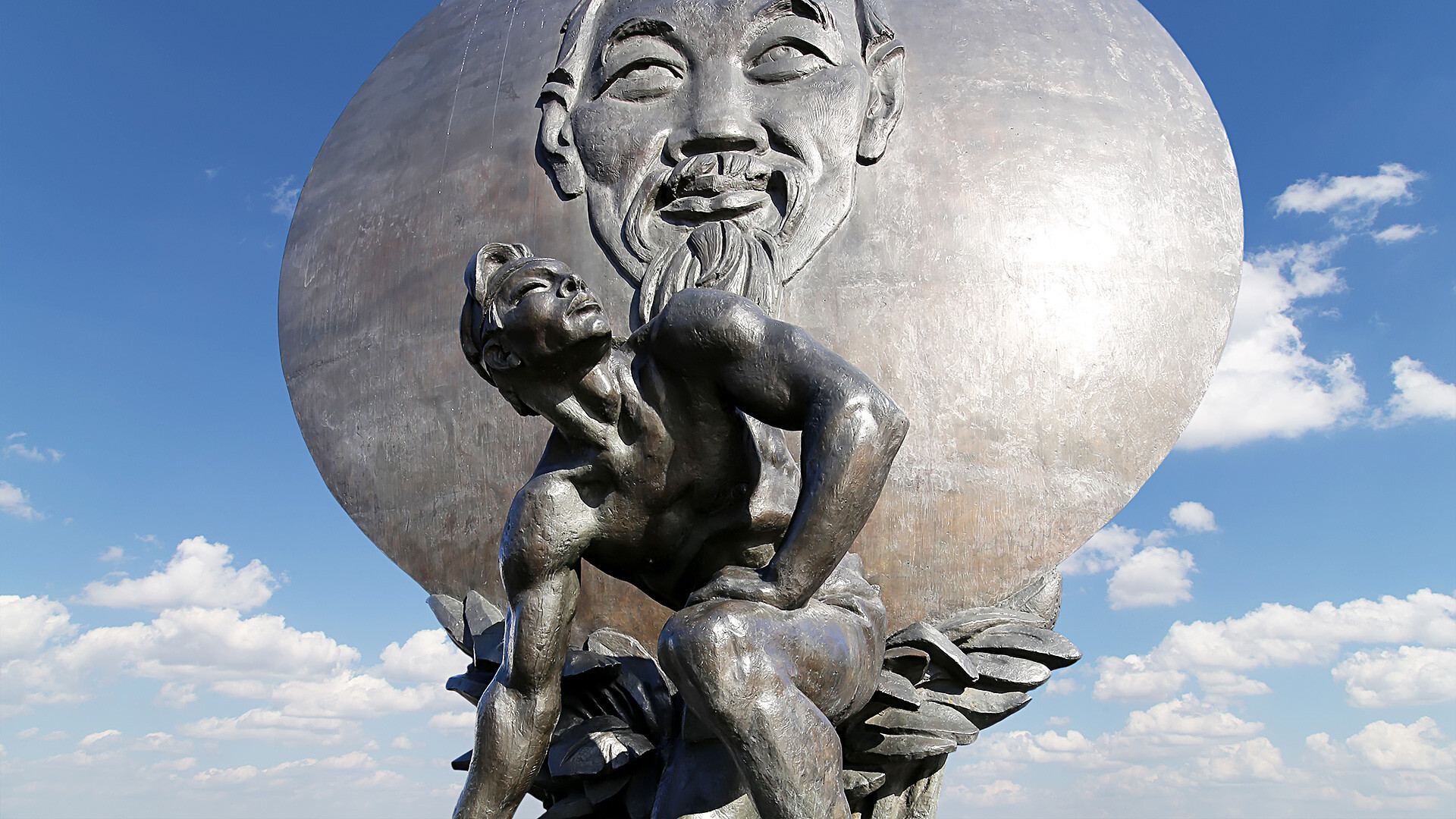 He graduated from the Communist University of the Toilers of the East and – according to the official Soviet line - was formed as a communist and a revolutionary leader in Moscow. 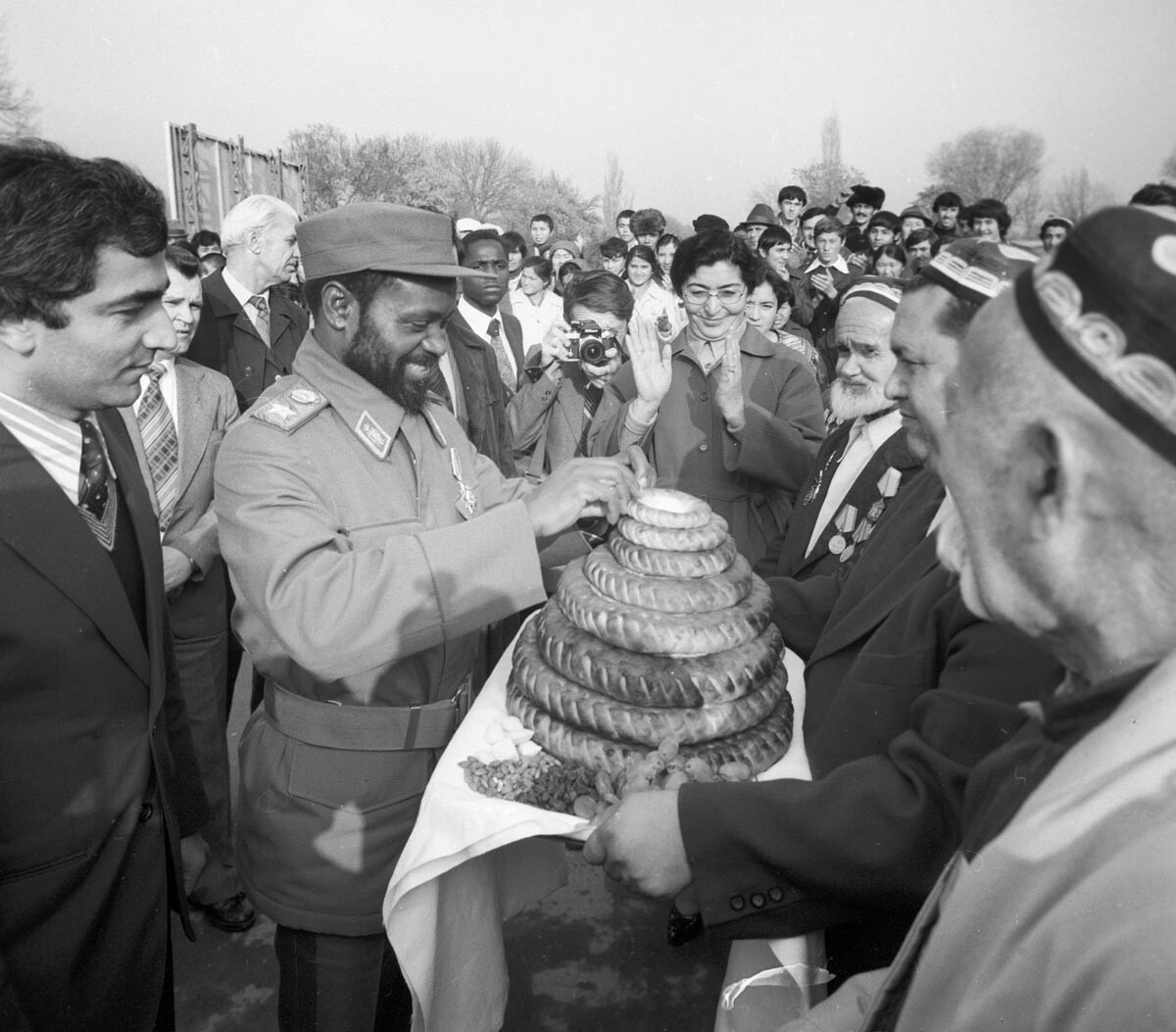 Samora Machel during his visit in the USSR, 1980

The first president of Mozambique after the 1975 revolution was a Marxist and Leninist. After his death in a plane crash, a street in Moscow’s southwest was named after him. It is located not far from the Peoples' Friendship University, which seems apt because he was a champion of friendship between different peoples (for which he was awarded a Lenin Prize). 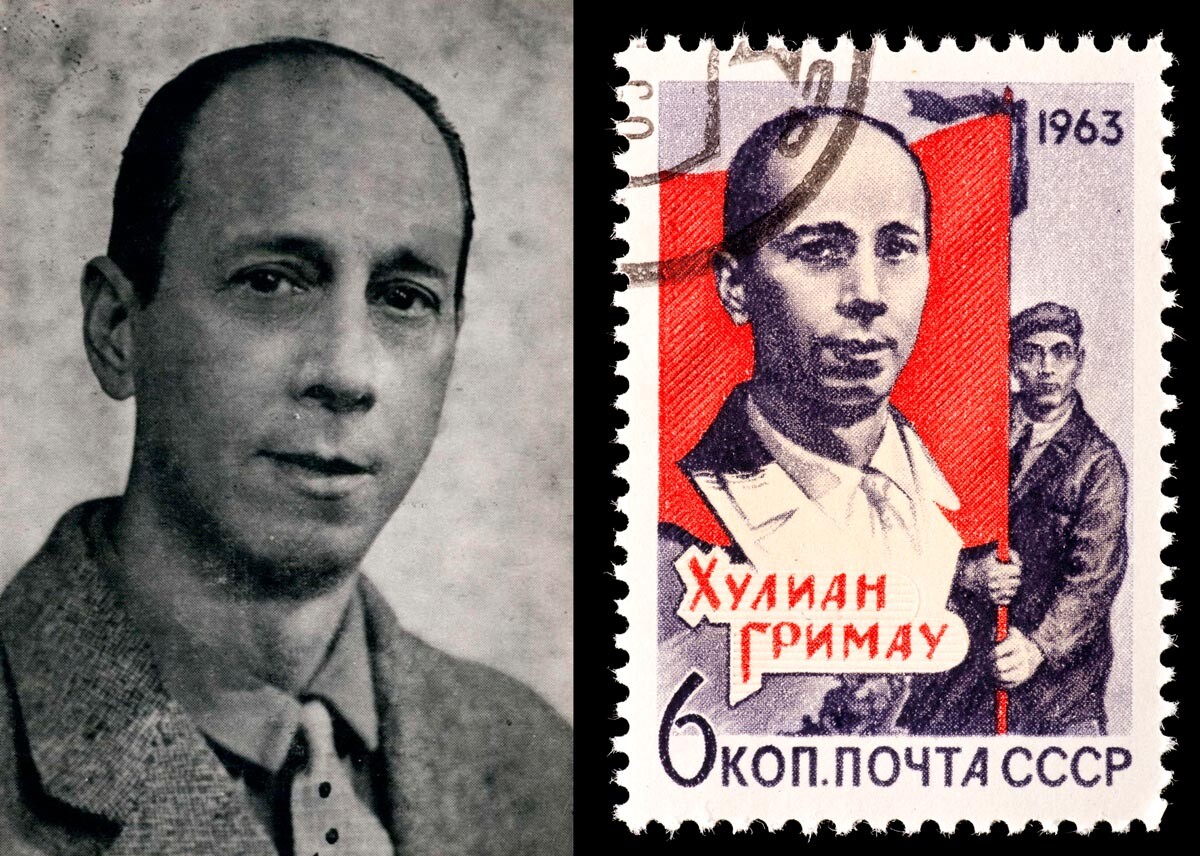 The only foreigners who enjoyed more support in the USSR than German communists were Spanish communists. Grimau was seen as a victim of the Spanish Civil War since he had been executed by Franco’s dictatorship despite numerous appeals to spare him, including from the Pope. There are streets named after Grimau in Moscow and in the town of Divnogorsk in Siberia. 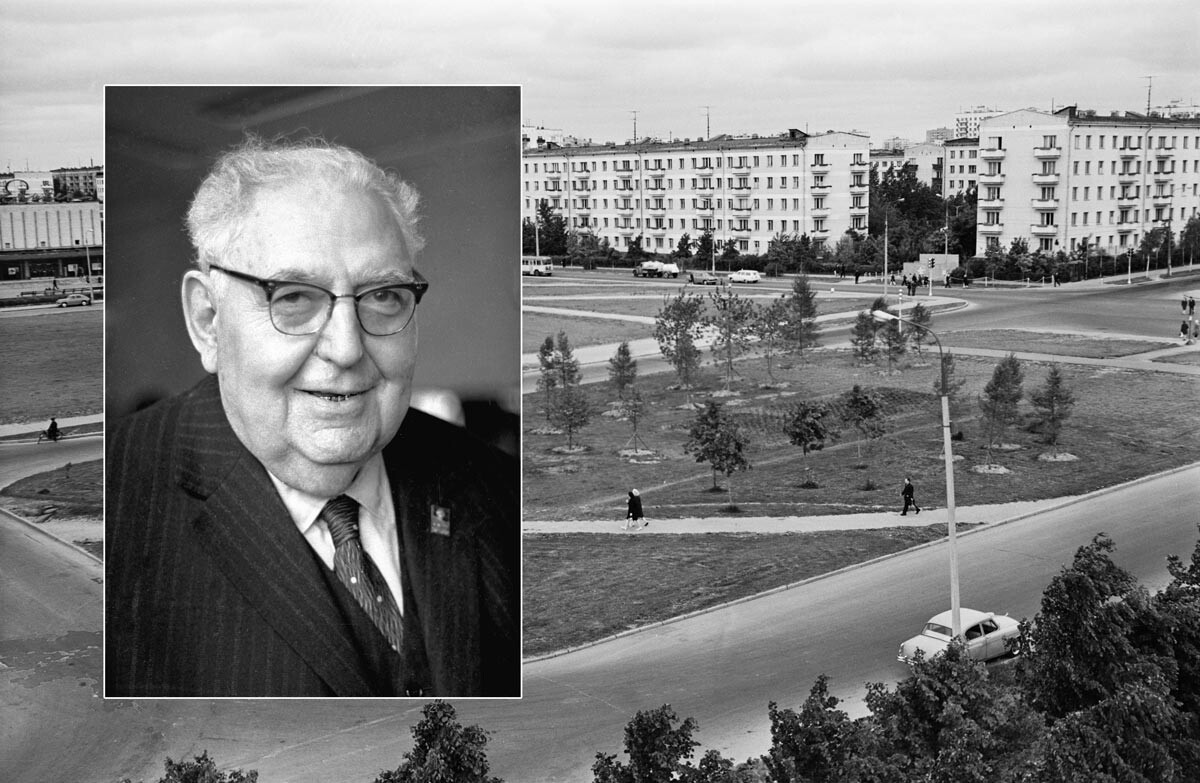 Victorio Codovilla and a square named after him

Italian communist Codovilla was forced to flee to Latin America in 1912 after the Italian authorities began to persecute him for his revolutionary activities. In Argentina, he became one of the founding members of the local Communist Party and for many years worked in its central committee. In addition, he was an active member of the Comintern.

Codovilla visited the USSR in 1957 for celebrations of the 40th anniversary of the Bolshevik Revolution. In 1969, he moved to the Soviet Union for good, was awarded an Order of the October Revolution and died in Moscow the following year. In 1970, one of the squares in the east of the capital was named after him. 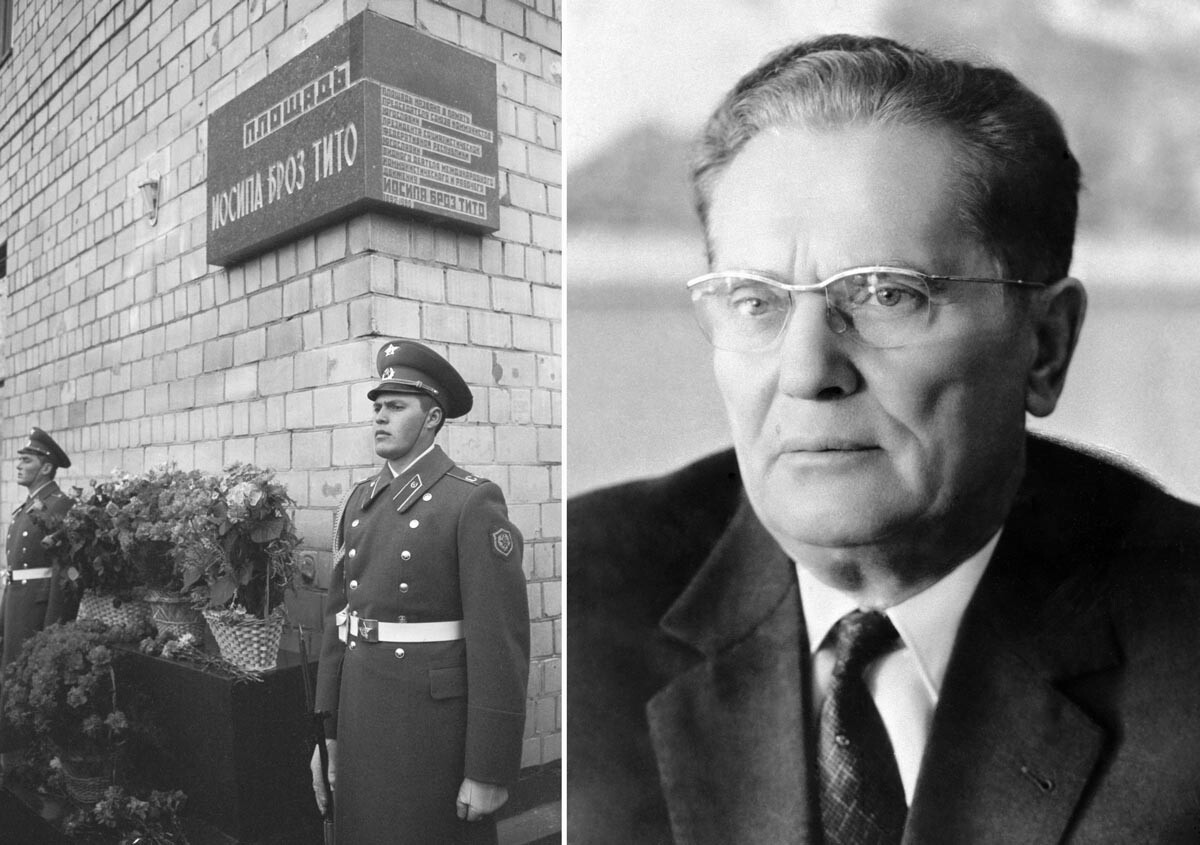 Tito, whose father was Croatian and mother Slovenian, was born in the Austro-Hungarian Empire, and during World War I he was called to the front to fight against the Russians. In 1915, he was taken prisoner. While in captivity, he even learned Russian. After the February 1917 Revolution he escaped from a PoW camp  and soon joined the Red Army. When his detachment was defeated, he hid for about a year in a village near Omsk, where he married a Russian woman. In 1920, he returned to Yugoslavia with his family, but later he visited Moscow on more than one occasion since he worked in the Comintern.

During World War II, he led a partisan army against Hitler, became close to Stalin and was awarded the Soviet Order of Victory. In 1948, Tito refused to obey Stalin and all relations between the USSR and Yugoslavia were severed. Later, Tito established friendly relations with Soviet leaders Nikita Khrushchev and Leonid Brezhnev. After his death in 1980, a square in the southwest of Moscow was named after him, and there is also a Broz Tito Street in Omsk. 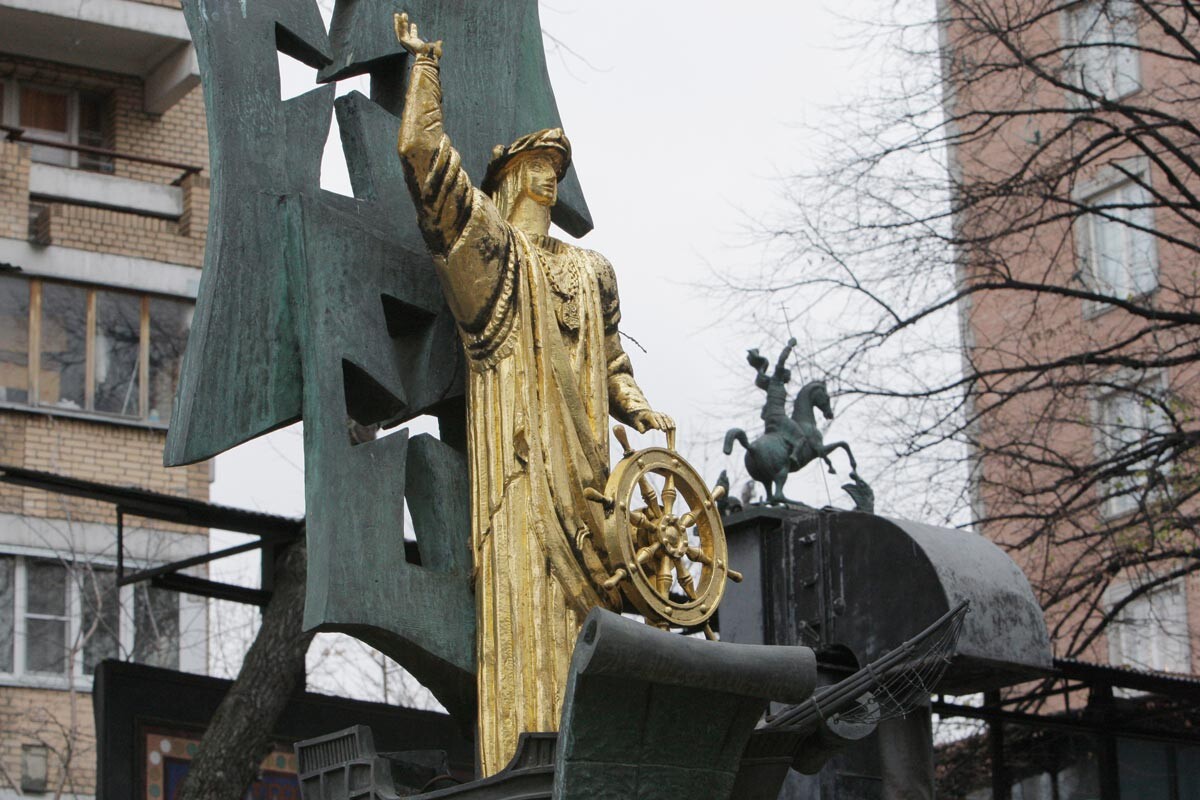 Monument to Christopher Columbus by Zurab Tsereteli in Moscow

The man who discovered America was first honored in Russia as part of celebrations for the 500th anniversary of his voyage. In 1992, a new square in the town of Zelenograd on the outskirts of Moscow was named after him. There are also streets named after Columbus in other Russian cities: Volgograd and Astrakhan.

In 1995, Russian sculptor Zurab Tsereteli created a composition called The Birth of a New Man, which was donated to Seville, from where Columbus set off on his voyage. In 2016, another sculpture by Tsereteli was installed in Puerto Rico, where Columbus landed.