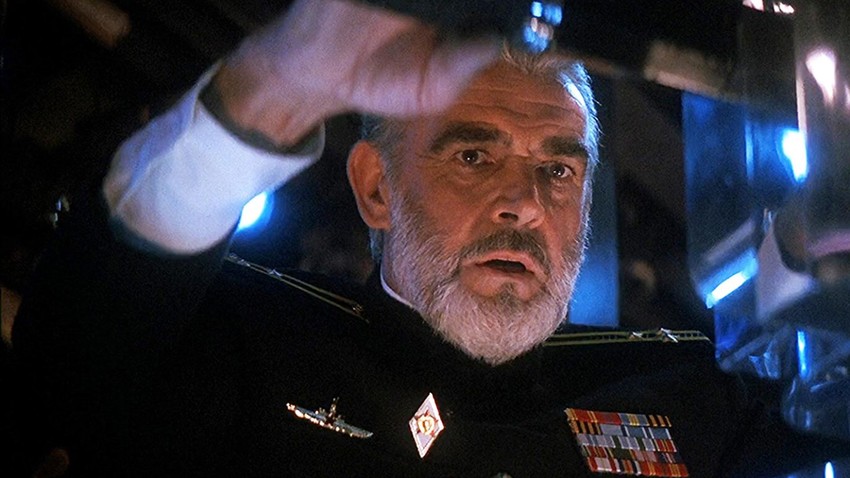 John McTiernan/Paramount Pictures, 1990
One of the last true legends of cinema, Sir Sean Connery made a name for himself as the first and best-loved James Bond. Although the Scottish actor was constantly fighting Russian villains as the iconic British secret agent, he also took on roles that delved further behind the Iron Curtain.

When, in 1968, a 38-year-old Sean Connery was offered the role of Roald Amundsen, considered one of the greatest figures in the field of polar exploration, he decided to give it a go.

The Soviet-Italian production starring Connery was released in 1969. It was directed by maverick Soviet filmmaker Mikhail Kalatozov, whose war drama ‘The Cranes Are Flying’ won the Golden Palm award at the 1958 Cannes Film Festival (the only Soviet movie to win it). 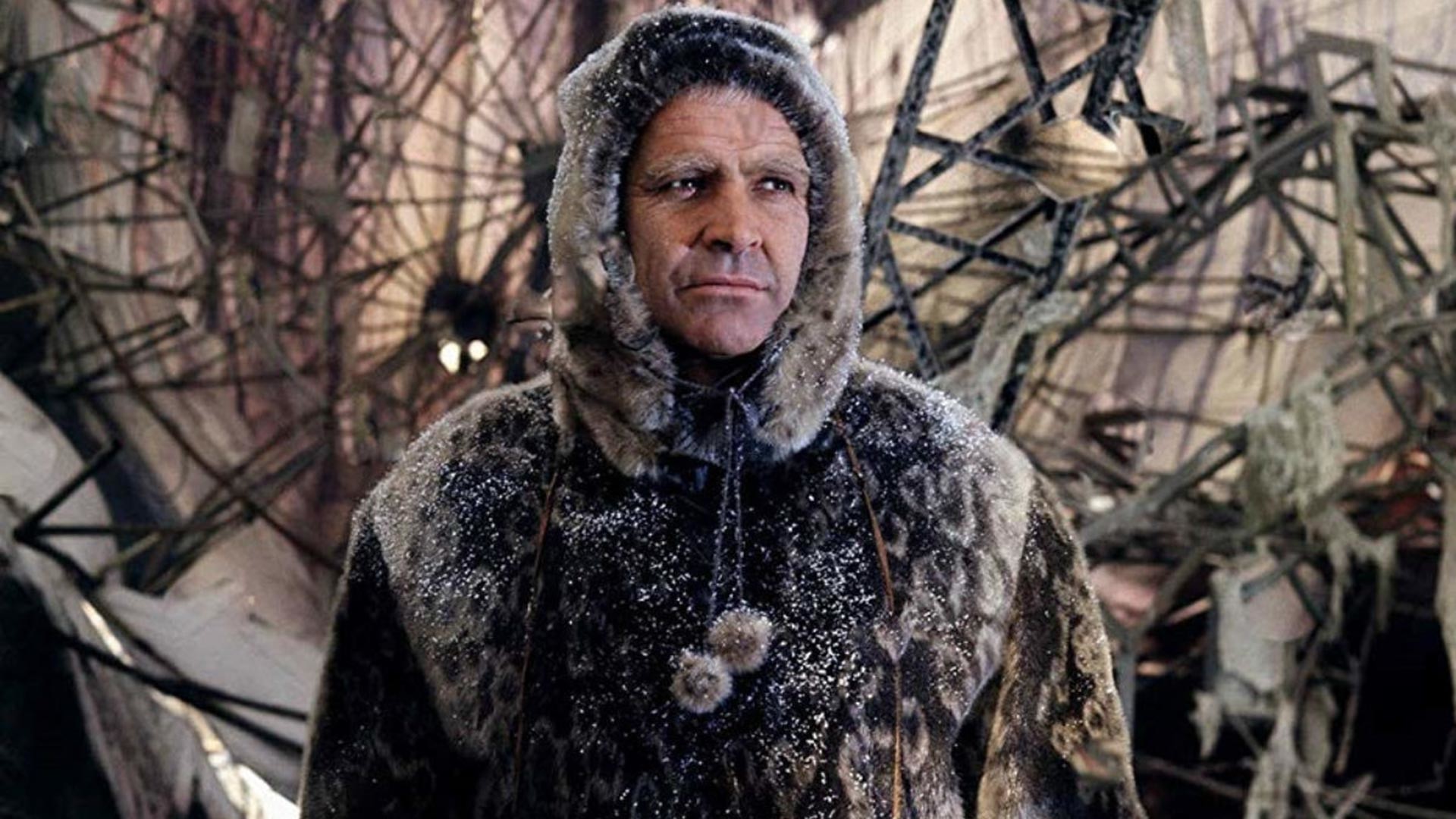 Sean Connery in 'The Red Tent'

Connery, who, believe it or not, started out as a milkman, was a really natural actor, what you call a “man’s man”. He had no difficulty in portraying Norwegian explorer Amundsen, the first to reach the South Pole. The movie focused on the ill-fated effort to rescue Umberto Nobile, the pioneer in Arctic aviation and other survivors of the airship Italia crash in the late 1920s.

The drama plunged into the middle of nowhere, recreating the spooky atmosphere of the North Pole, with the score by Ennio Morricone and Aleksandr Zatsepin helping to reflect the story line.

Filming lasted more than a year. The shooting took place in the Estonian SSR, the Baltic Sea and the Svalbard Archipelago in the Arctic Ocean, as well as in Rome and Moscow. During that time, Connery opened a whole new universe to himself – the Soviet Union.

The movie inspired popular Soviet actor and singer Vladimir Vysotsky to write a song about Connery’s visit to the USSR. The funny thing was, Vysotsky had to tell his audiences who Sean Connery actually was. That’s quite understandable: Bond films were not widely released in the USSR back at the time.

“So, he arrived in the USSR thinking people would surely tear him apart, but he walked the streets with nobody even paying attention. Most people couldn’t care less,” Vysotsky told his listeners each time he performed his song about James Bond. “Because, although he plays super-heroes, supermen and special agents, in real life he is not ‘super’, he is a completely normal person, a very nice charming gentleman,” he explained.

‘The Red Tent’ was just the “first chapter” in Connery's first sneak peek behind the Iron Curtain. Twenty years later, the actor came back for his second filming in the USSR.

‘The Russia House’ became one of the last Cold War spy flicks, made shortly before the collapse of the Soviet Union in 1991. 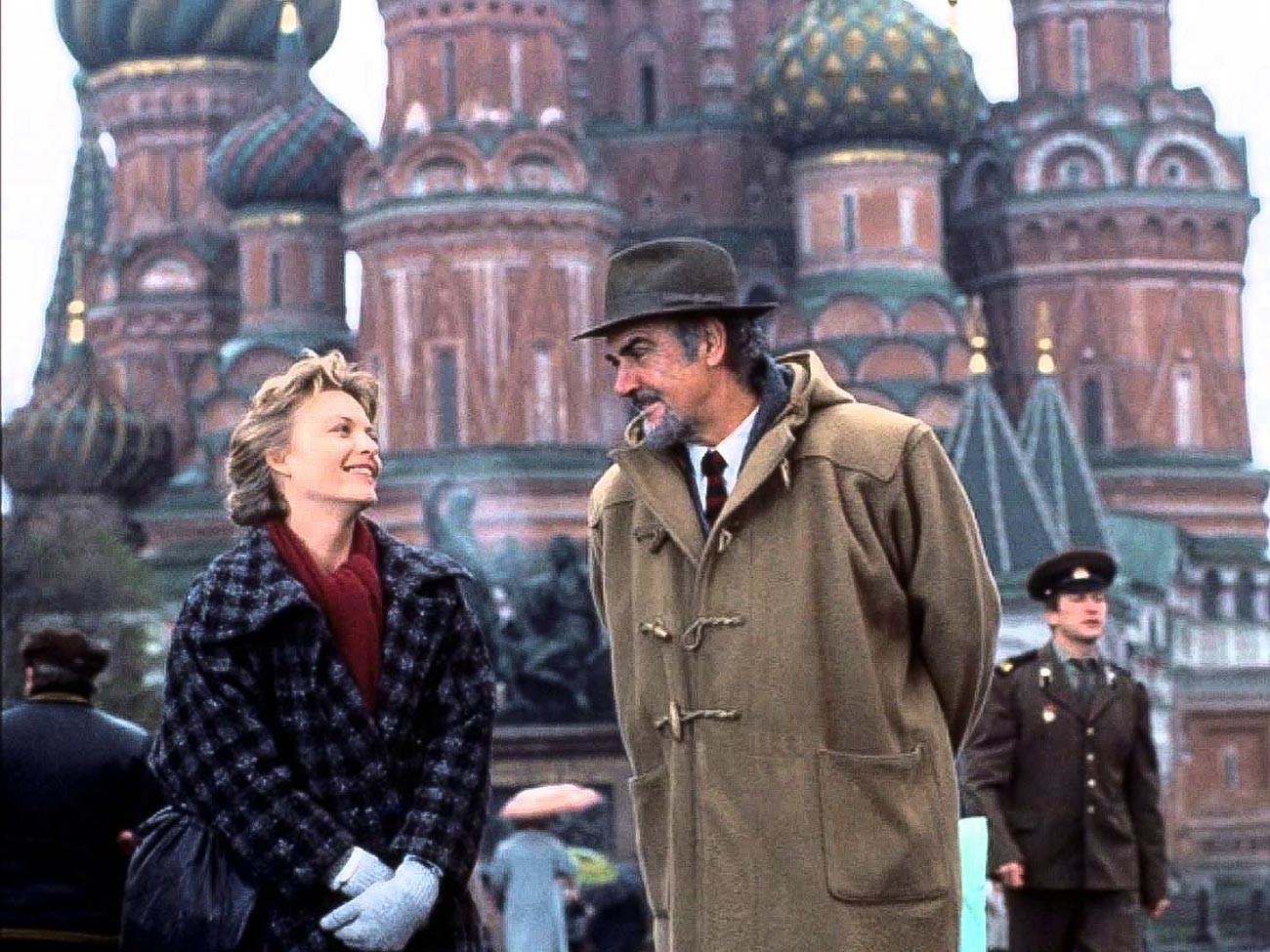 Michelle Pfeiffer and Sean Connery starring in 'The Russia House'

Shooting took place in Vancouver, Lisbon, London, Leningrad (now St. Petersburg) and Moscow. ‘The Russia House’ was a tale of intrigue and adventure, with a cast of larger-than-life characters to die for, including Michelle Pfeiffer and Klaus Maria Brandauer. Tom Stoppard, the man behind ‘Shakespeare in Love’, wrote the screenplay based on John le Carré's famous novel.

The plot was a symbiosis of romance and espionage, with breathtaking locations and great actors in the limelight (the chemistry between the two lead actors, Connery and Pfeiffer, turned out to be infectious.) It was a perfect depiction of Le Carre's novel, with the Jerry Goldsmith score to spice up the story. Although some fans complained that the thriller lacked dynamic action scenes, ‘The Russia House’ was praised by others for the philosophical storyline and for what was said between the lines.

Spy movies proved to be a winning formula for Sir Sean. In 1990, he also appeared in ‘The Hunt for Red October’ directed by the ‘Die Hard’ director John McTiernan. This time around, Connery made waves when he said a few words in Russian at the beginning of the movie. 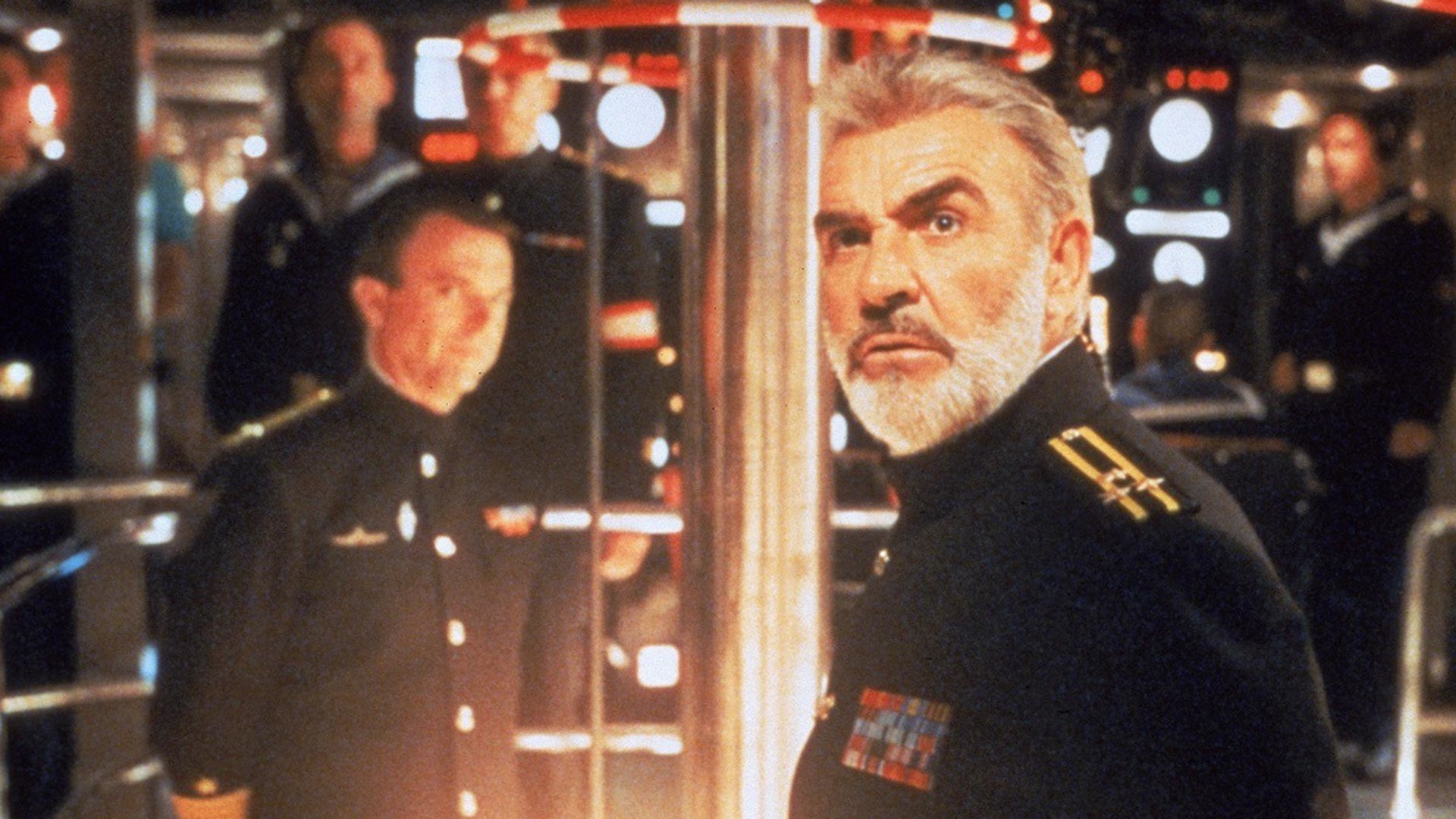 Sir Sean in ‘The Hunt for Red October’

The movie, starring Connery, Alec Baldwin and Sam Neill, was an adaptation of Tom Clancy’s techno-thriller novel of the same name. It put the spotlight on a 30,000-ton giant Soviet submarine called the ‘Red October’ and its captain Marko Ramius (played by Connery) determined to conduct military drills off America’s east coast in a naive attempt to defect. His move is surely poised to bring the USSR and the U.S. to the brink of war. According to movie buffs, ‘The Hunt for Red October’ proved to be the best Clancy big screen adaptation. The movie also won an Academy Award for Best Sound Editing. 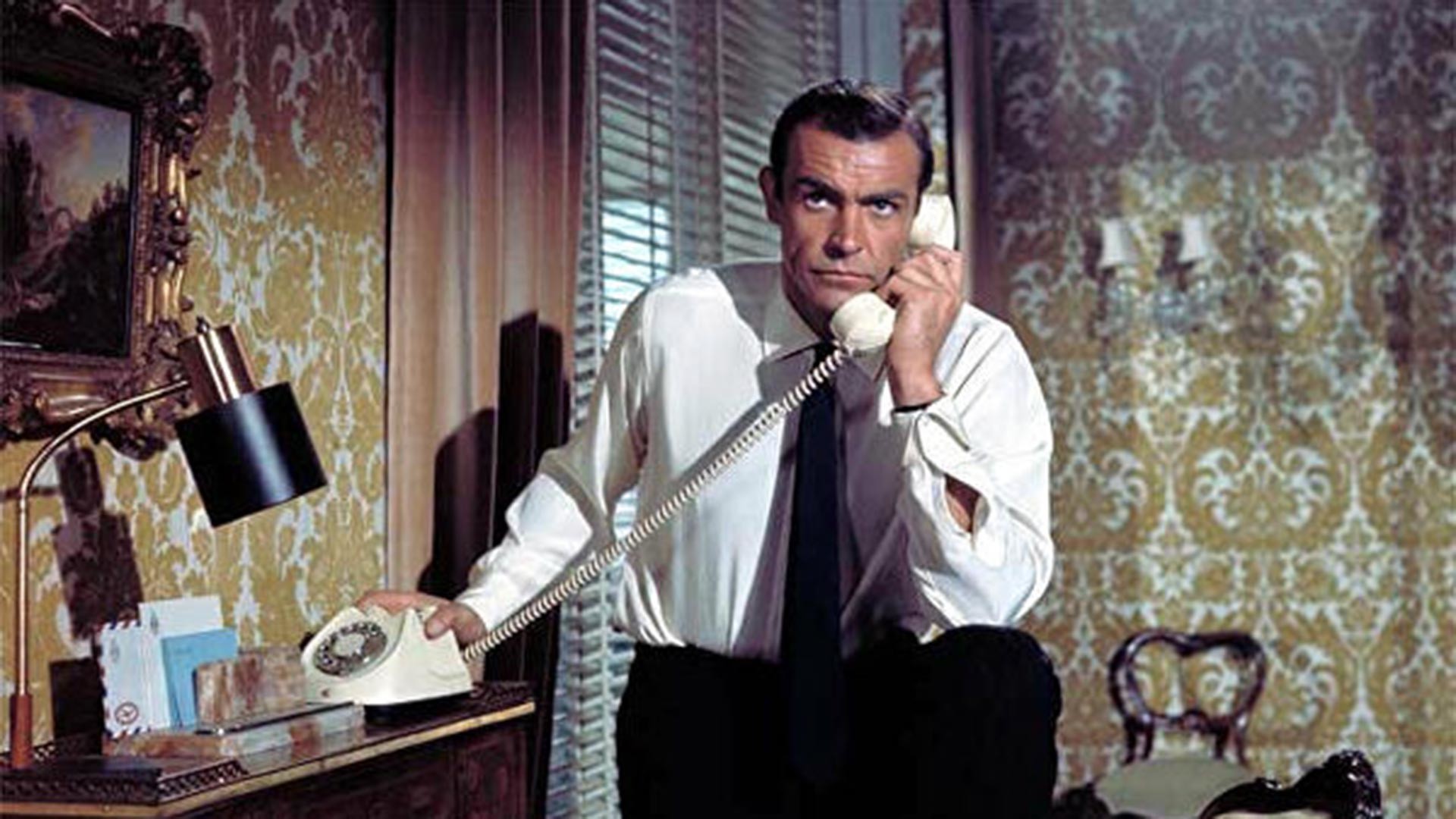 ‘From Russia With Love’ was reportedly Connery’s own personal favorite.

An exciting adventure from start to finish, ‘From Russia with Love’ is considered to be one of the best Bond movies, based on Ian Fleming’s bestselling novel. Bond finds himself in the thick of the action after British intelligence gets contacted by a young Soviet cipher clerk, who has access to a sought-after decoding machine, the ‘Lektor’. A certain Tatiana Romanova tells MI6 she can help Bond obtain the Lektor for a little favor --  safe passage to the UK. Although Bond doesn’t buy the Soviet woman’s story, he needs to get hold of the Lektor.

Sir Sean, whose movie career spanned over half a century, left his signature mark in cinematic history. And yet, the actor’s fans seem to agree: 007 was Connery’s best role ever. No other Bond managed to come near to his relaxed macho charm and sharp wit.