How come there's a Jack London Lake in Russia? 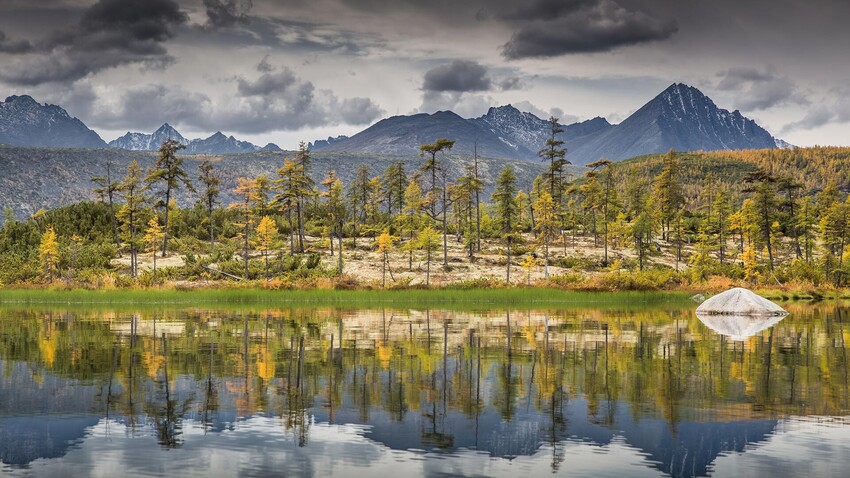 Getty Images
In the remote Far East territory, where many Gulag camps used to be, a lake was somehow named after an American writer. What connection did he have to this place?

Incredibly beautiful, with its virgin nature and mind-blowing exotic landscapes, this lake is considered to be one of the natural wonders of Russia. The still-water surface reflects the forests and carved mountains that seem to guard the lake around.

Jack London Lake is 10 km long and resembles a Norwegian fjord. Rare travelers that reach this remote place find it the most romantic scenery in the entire Far East. However, its history has dark chapters.

How was the lake discovered?

The Magadan Region in the east is home to places still not mastered by man. The harsh climate brings a very frosty winter, while temperature in summer doesn't rise much more than +12℃ (53℉). During the early Soviet period, in the quest for natural resources, groups of geologists were sent here in order to survey and research these lands.

In 1932, in the Annachag mountain range at the height of 803 meters above sea level, geologists discovered a new lake. They named it after American writer Jack London. And in 1975 the entire national park took this name. 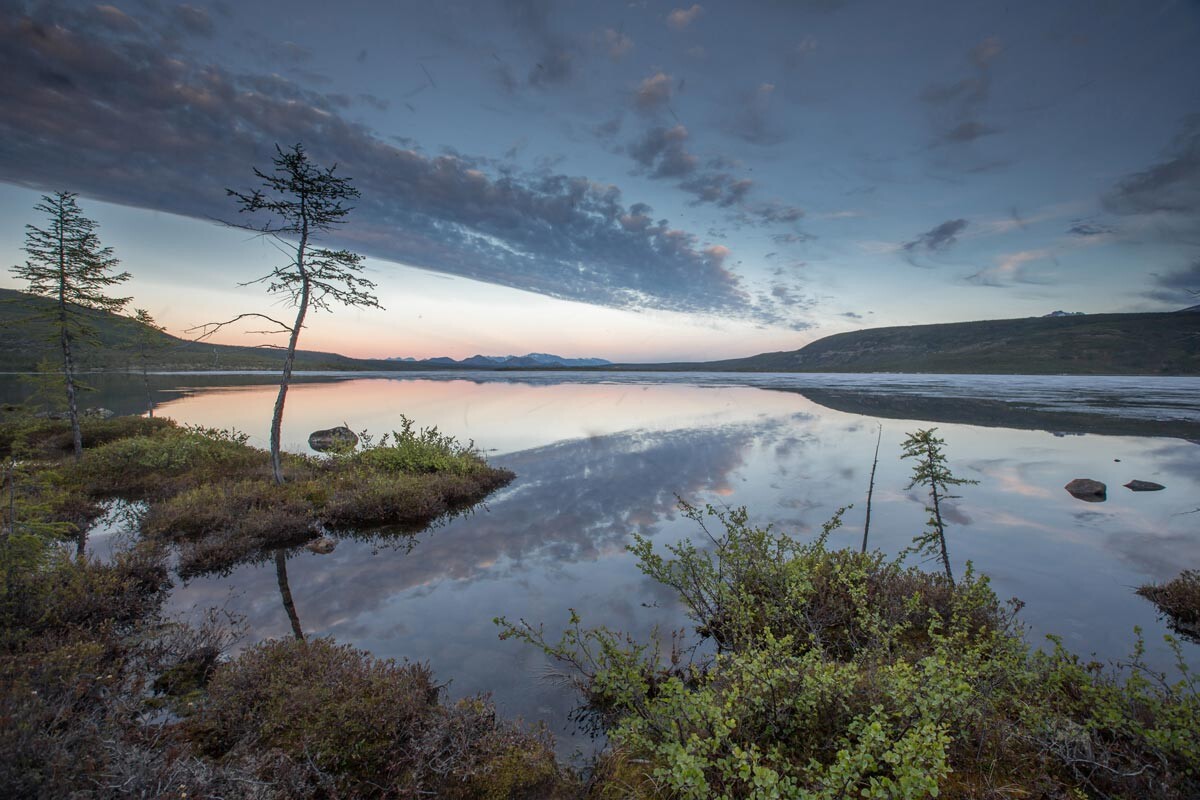 The most common legend about the toponymic origin is that when geologists reached the lake, they found a volume of Jack London’s novel Martin Eden on its shores. Well, that sounds romantic, but not very realistic. So did the writer have any connection with this place?

The ‘closest’ Jack London came in the late 19th century when he worked as a sailor in the Bering Sea and along Japan's shores. Then in 1904-1905, he worked as a correspondent covering the Russo-Japanese war.

His main character, Martin Eden, was a poor worker and sailor. London wrote the book in 1909, following his return from the gold rush that brought him to Alaska.

So, it seems the connection is too weak or lacking entirely. Could someone have brought a book written by London, even before any expedition reached this remote place? Unlikely.

However, this legend became incredibly popular among locals, and now there is a fun local custom - people who manage to reach the lake leave a copy of Martin Eden, so that others who come here may find it. This way the legend has become alive.

A more true-to-life story about the name

London wrote about poor people and workers struggling in their lives and overcoming harsh conditions, and he combined his plots with realistic depictions of these struggles and adventures. That made London’s works very close to Soviet ideology, and in this sense his books could be compared to Maxim Gorky’s, (London read Gorky and highly appreciated the Soviet writer). 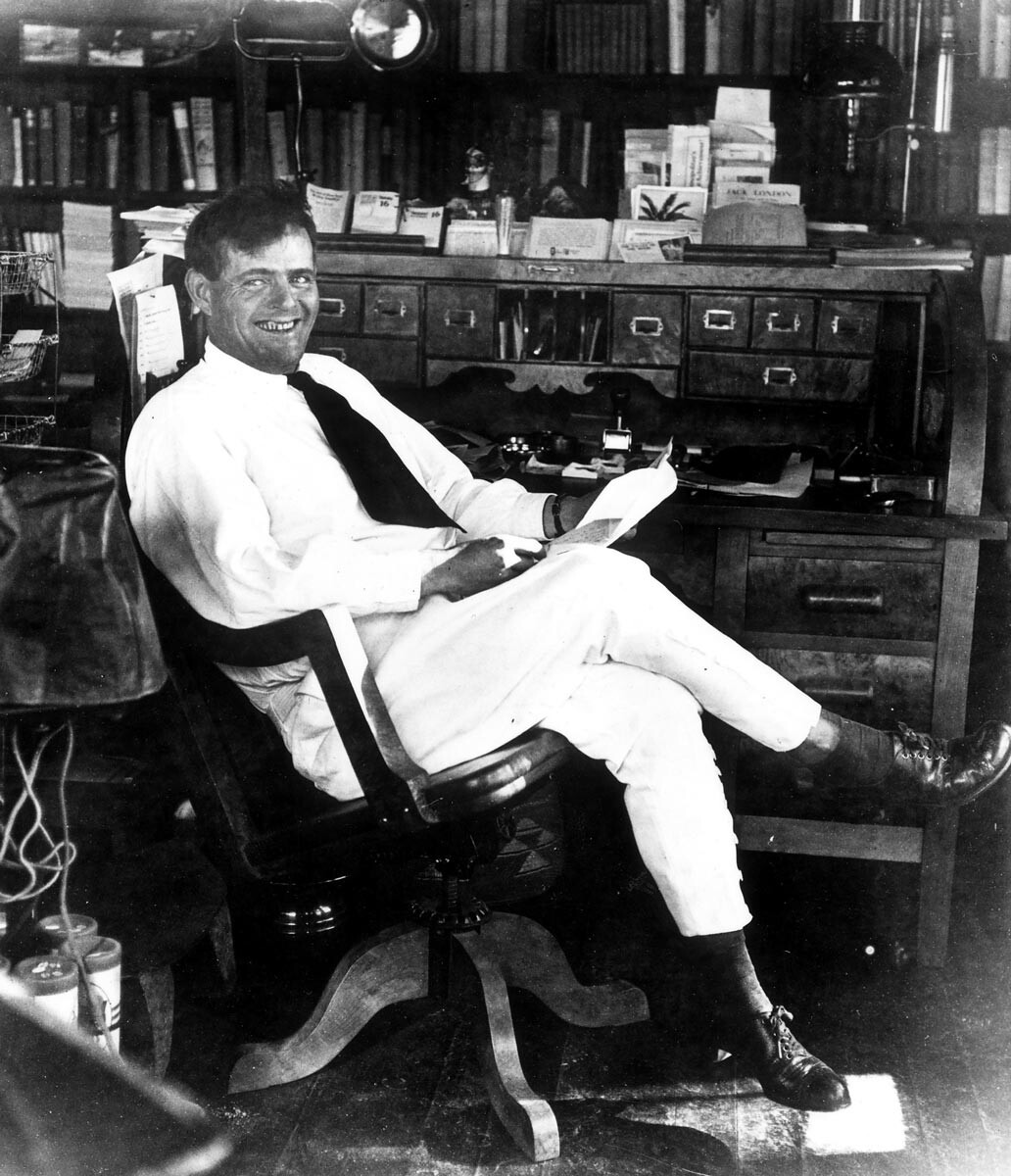 Moreover, London sympathized with communism and read Karl Marx’s works. So, in the Soviet Union, London’s novels were in great favor and in the 1920s they were actively translated and published.

Just like kids, romantics and literature lovers, it was Soviet adventurers, travelers and discoverers who read London’s books with great appreciation. One of the most ardent fans of the writer was geologist Yury Bilibin. In 1928, he headed the first expedition to the Kolyma River basin, the region where the gold rush started.

Probably Bilibin felt a little like London in Alaska, but he was not the first to suggest giving the writer’s name to any place in the region. In 1932, Bilibin’s fellow geologist Petr Skornyakov (and another fan of the American writer) suggested giving this particular lake the name of Jack London.

A sad side of the story is that the Kolyma River basin where Jack London Lake would be later discovered, is associated with only one thing - the Gulag. Bilibin was an engineer in the Dalstroy Gulag which managed the prisoners of the Far East.

Goldmine at Kolyma Gulag, circa 1934

This branch of the Gulag had to develop natural resource extraction and mining, as well as build the infrastructure. The prisoners worked in the most inhuman conditions, in very harsh weather. With no equipment they had to seek for gold with their bare hands in the cold waters of the local rivers. Read more about Kolyma labor camps here.