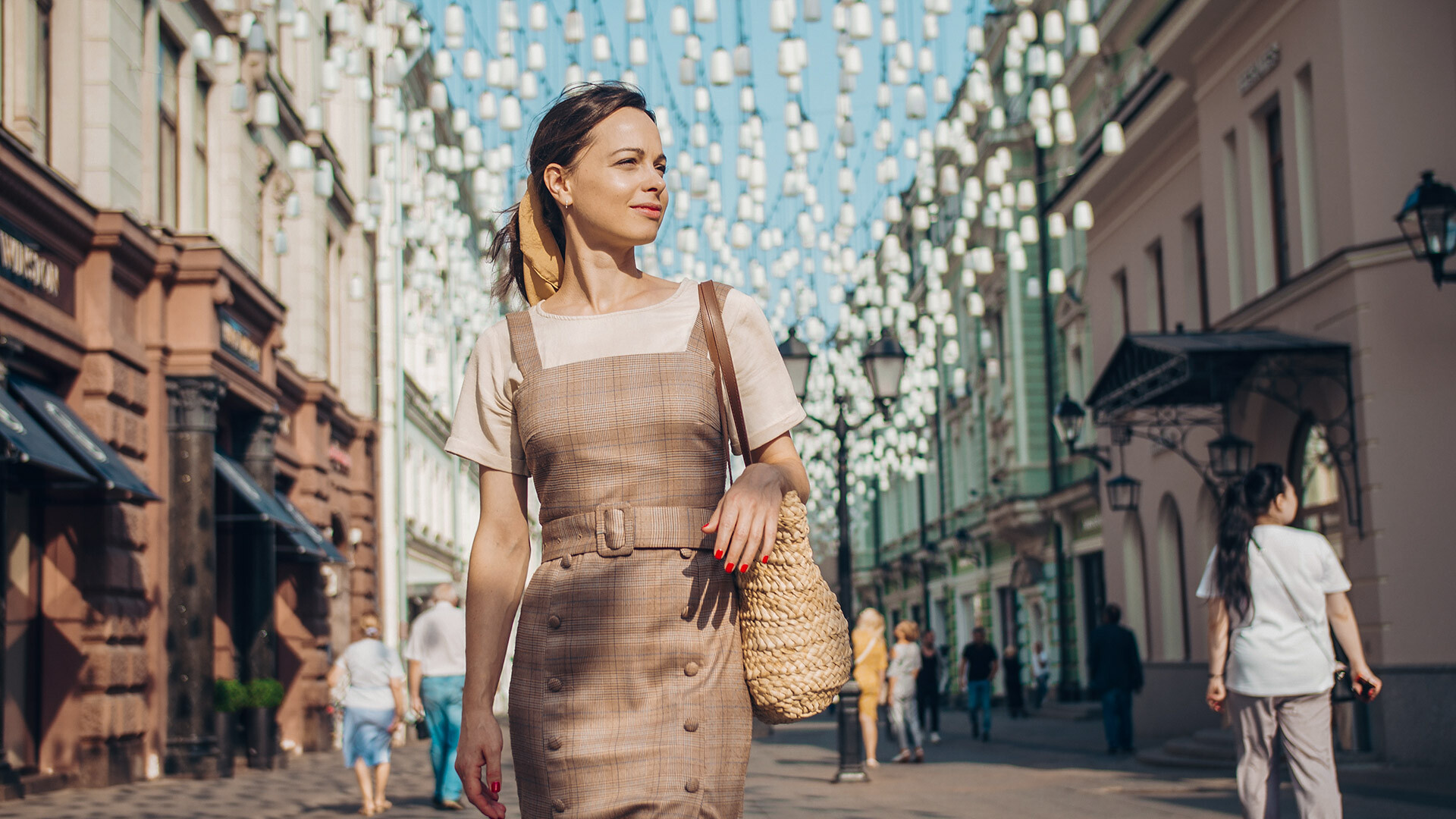 Legion Media
There is no large pedestrian zone in the center of the capital, but there is still lots of space for pedestrians and long car-free walks. 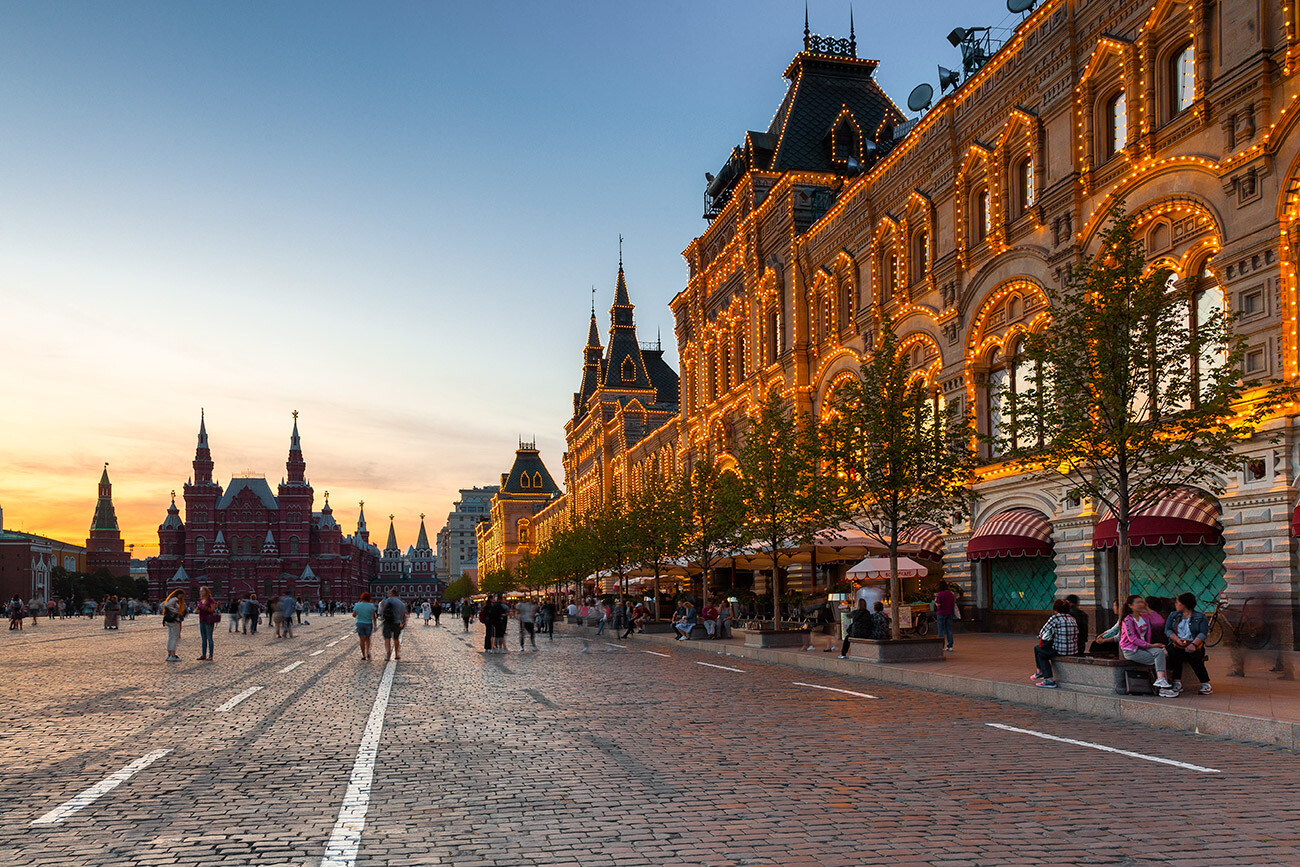 Surely, anyone coming to Moscow, especially for the first time, is eager to get to Red Square. Until 1930, a tram used to run along it, but now it is completely free for pedestrians to roam around. The distance from the entrance to Red Square from the Historical Museum and up to the Kremlin embankment is just over 700 meters. So, leisurely walking, while taking selfies in front of the Mausoleum, Spassky Tower, GUM and St. Basil's Cathedral, you can spend 15-20 minutes there. 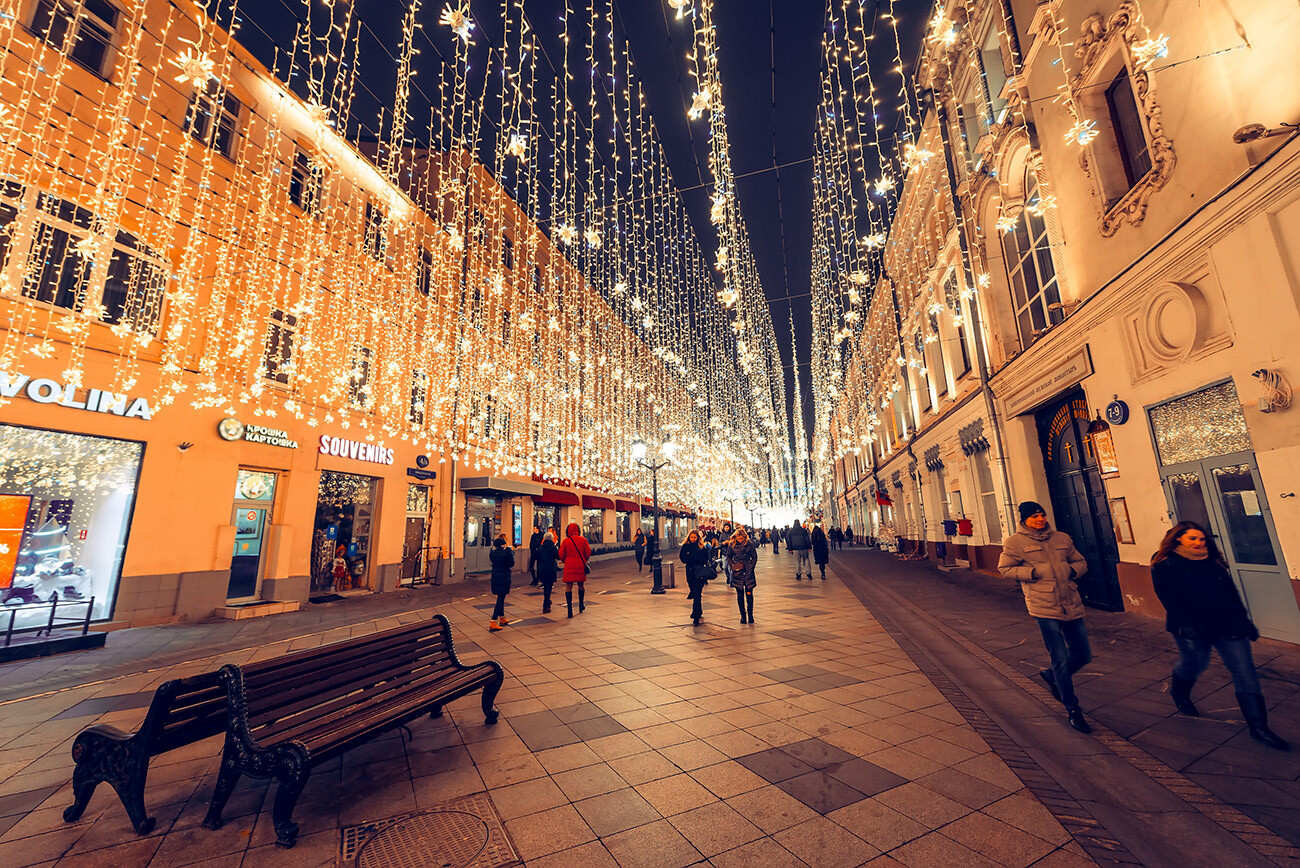 From Red Square you can go to Nikolskaya Street, one of the most decorated and brightly illuminated in Moscow - even at night it is incredibly bright thanks to thousands of lights. In general, the atmosphere of Christmas and New Year can be felt here even in summer. 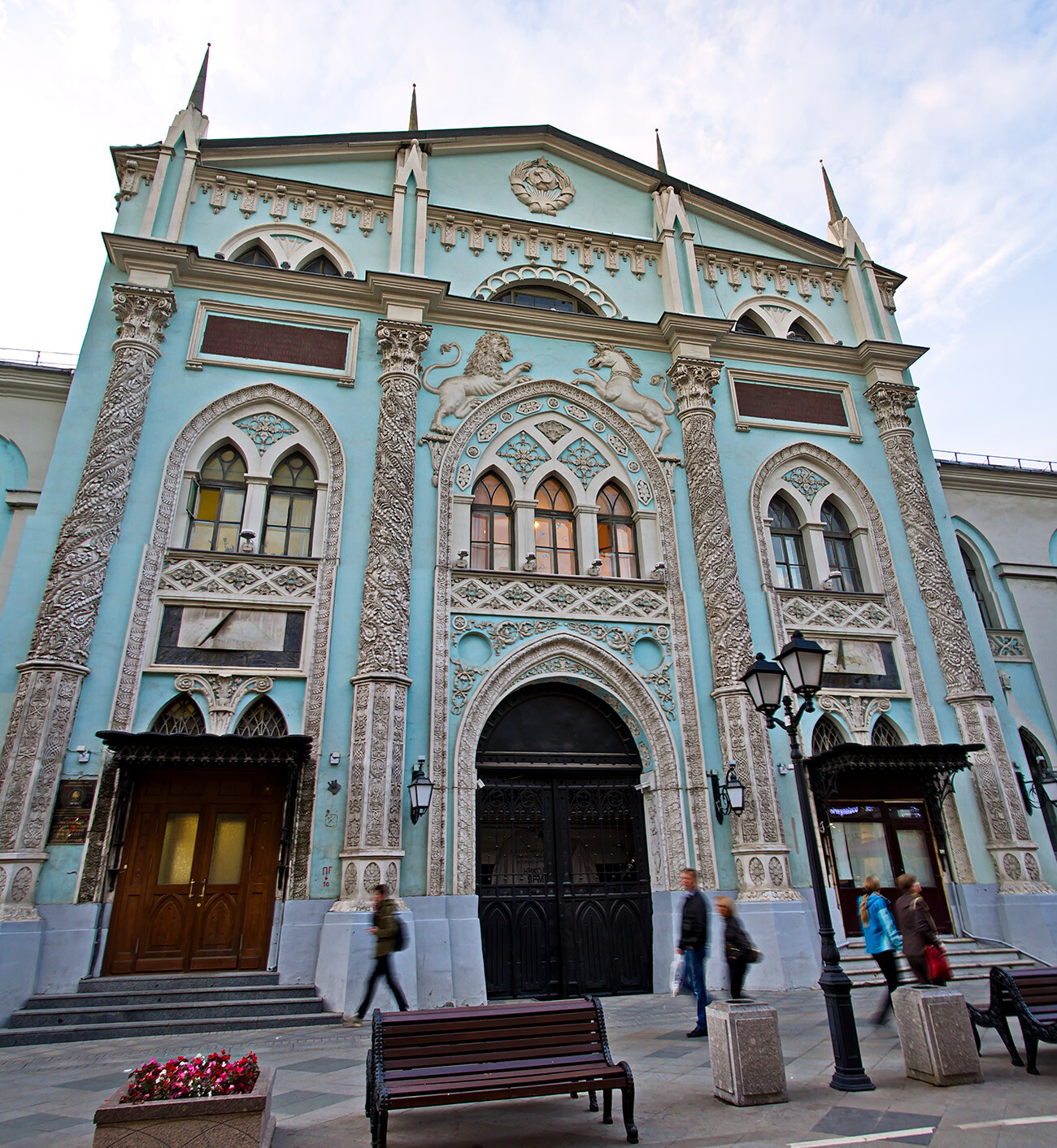 There are bars and restaurants at every turn, as well as historic buildings, such as the former Ferrein Pharmacy and the pseudo-Gothic Moscow Printing House (now home to the History and Archives Institute). By the way, the entirety of Nikolskaya Street used to be filled with booksellers - precisely because of the proximity of the printing house. 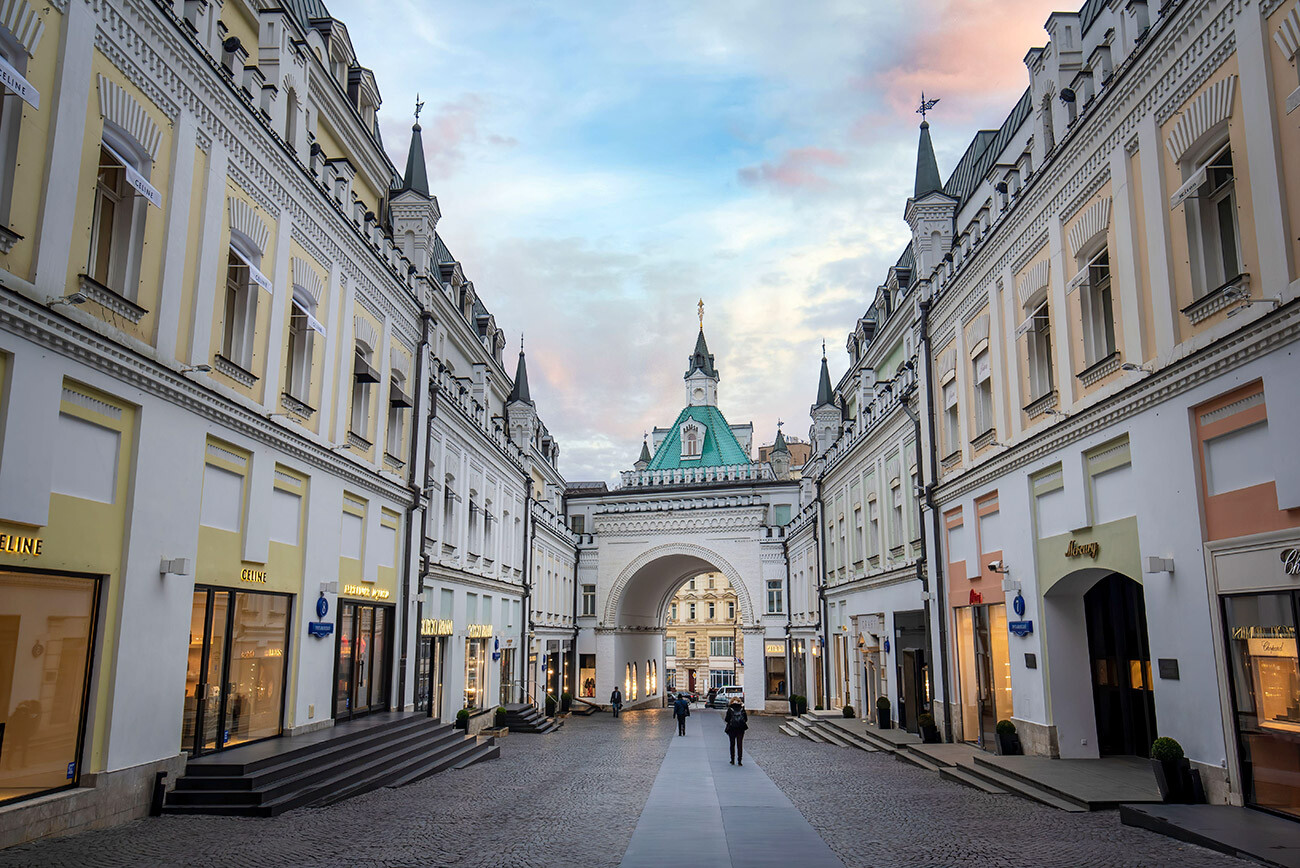 After walking along Nikolskaya, almost to Lubyanka Square, turn into an arch, and you will find yourself in the Tretyakovsky Driveway, which also, despite its name, is pedestrian. You can walk through it almost all the way to the Bolshoi Theater and the famous Detsky Mir ("Children's World") store, which has a wonderful observation deck on its roof. 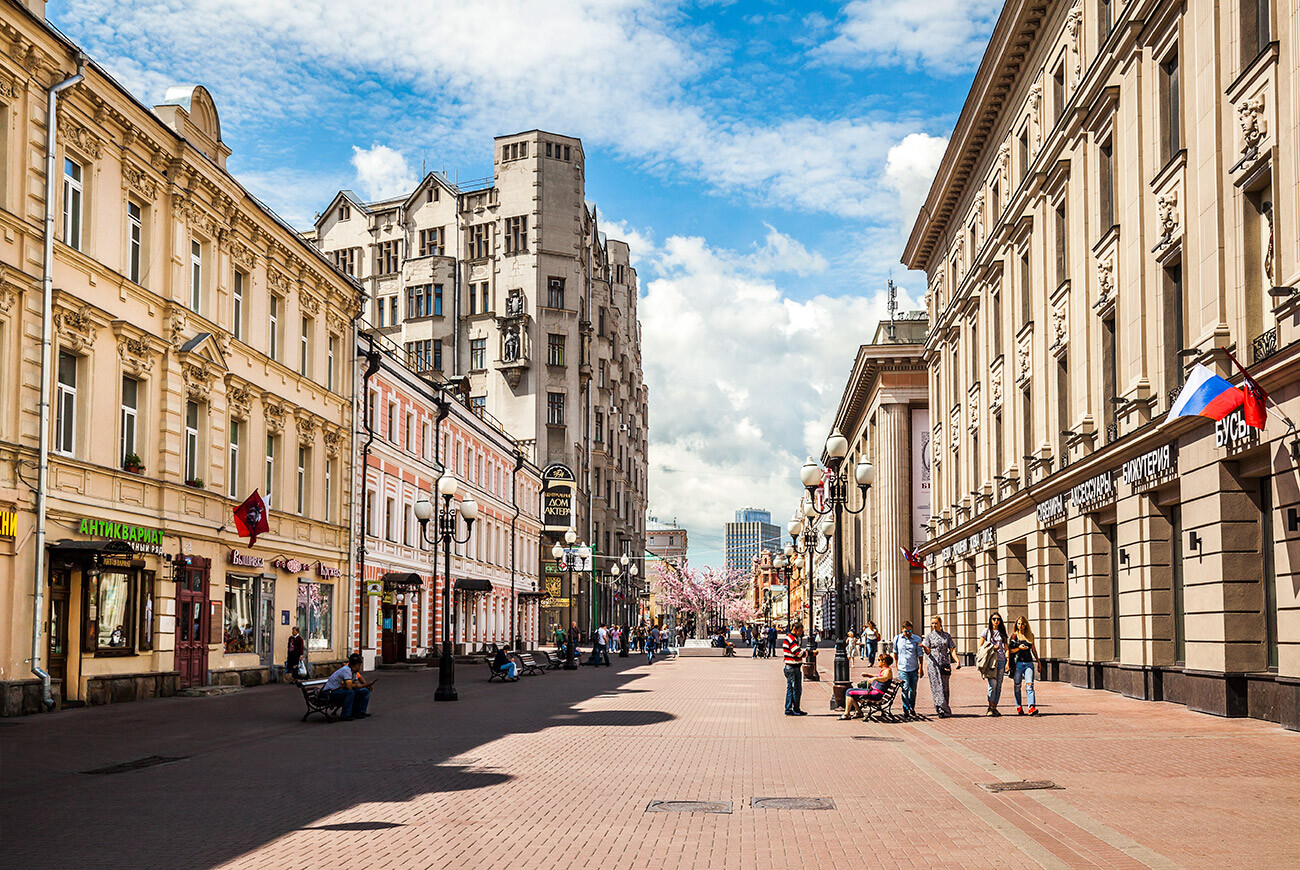 Arbat, most famous pedestrian street in Russia, not only Moscow

The name of the Arbat Street has become so commonplace that almost every city in Russia calls its central pedestrian streets the "local Arbat". Its length in Moscow is a little over a kilometer, and at the beginning and end are handily located subway stations. Arbat used to be filled with street artists, musicians and shops with souvenirs - ushankas and matreshkas depicting Lenin and Stalin. Now the souvenirs have moved to stores in the middle of the street, making room for passersby. 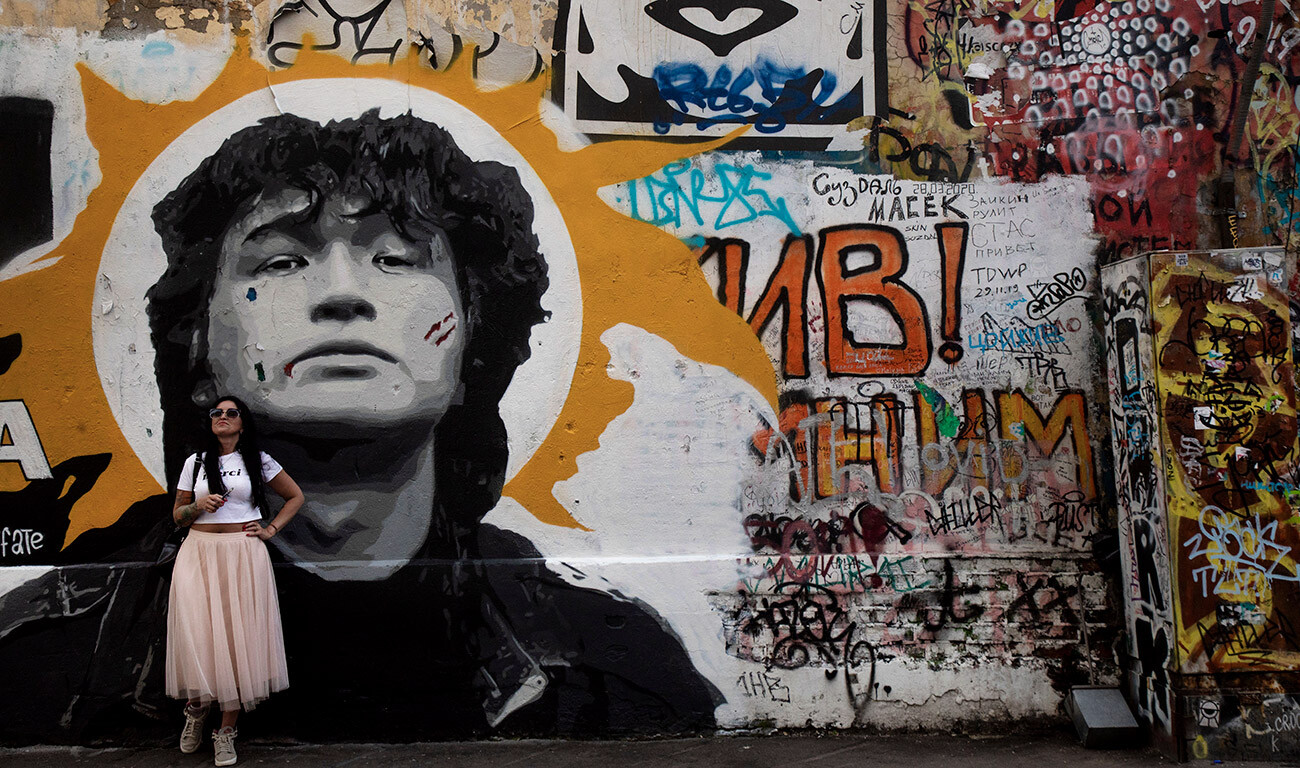 The Tsoi's Wall at Arbat

There are many sights on the Arbat - all the houses are historical, so there are museums of various famous people (including Alexander Pushkin). In addition, the Arbat has the historic Vakhtangov Theatre, restaurants for every taste - and one of the most interesting locations of underground Moscow - "Tsoi's Wall". Fans of the band "Kino" and its late frontman Viktor Tsoi leave their tags there. In the lanes of Arbat there is a unique monument to the Russian avant-garde - a cylindrical house by architect Konstantin Melnikov. 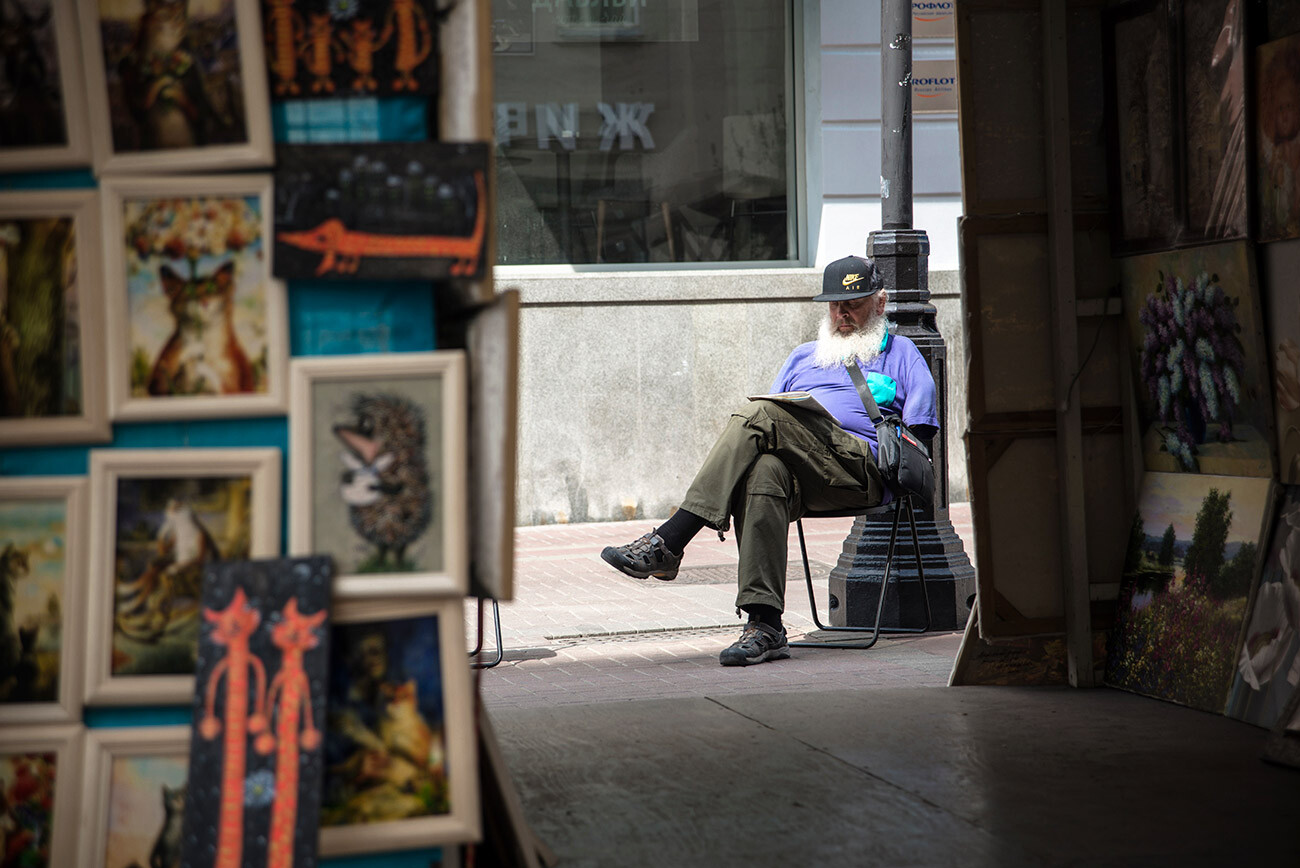 Muscovites often call the street "Old Arbat", as in the 1930s, during Stalin's general reconstruction of Moscow, another one appeared - Novy (New) Arbat street. But unlike the narrow, cozy "old" one, Novy is a big freeway. For a long time it was called Kalininsky Prospect, so many Muscovites who grew up in the Soviet Union sometimes still call it that. 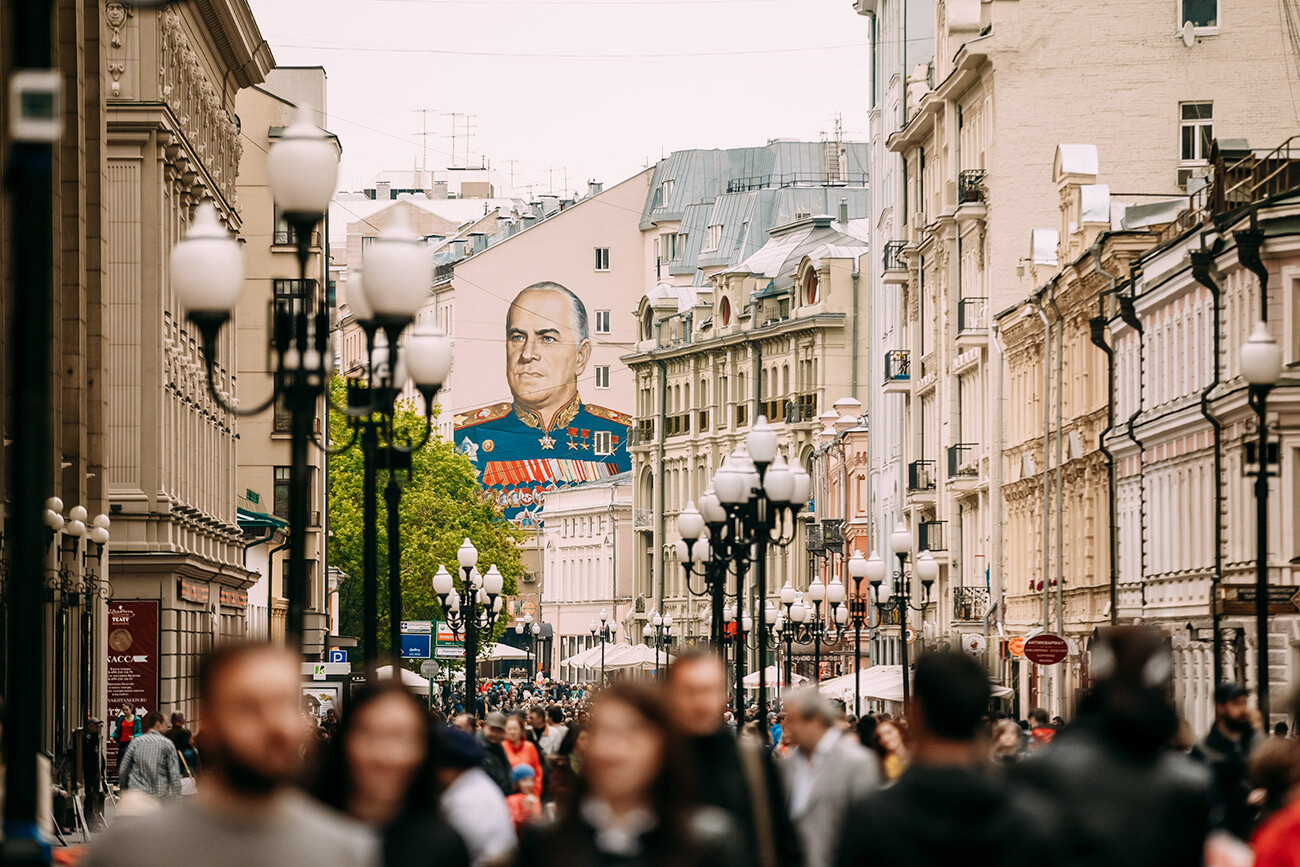 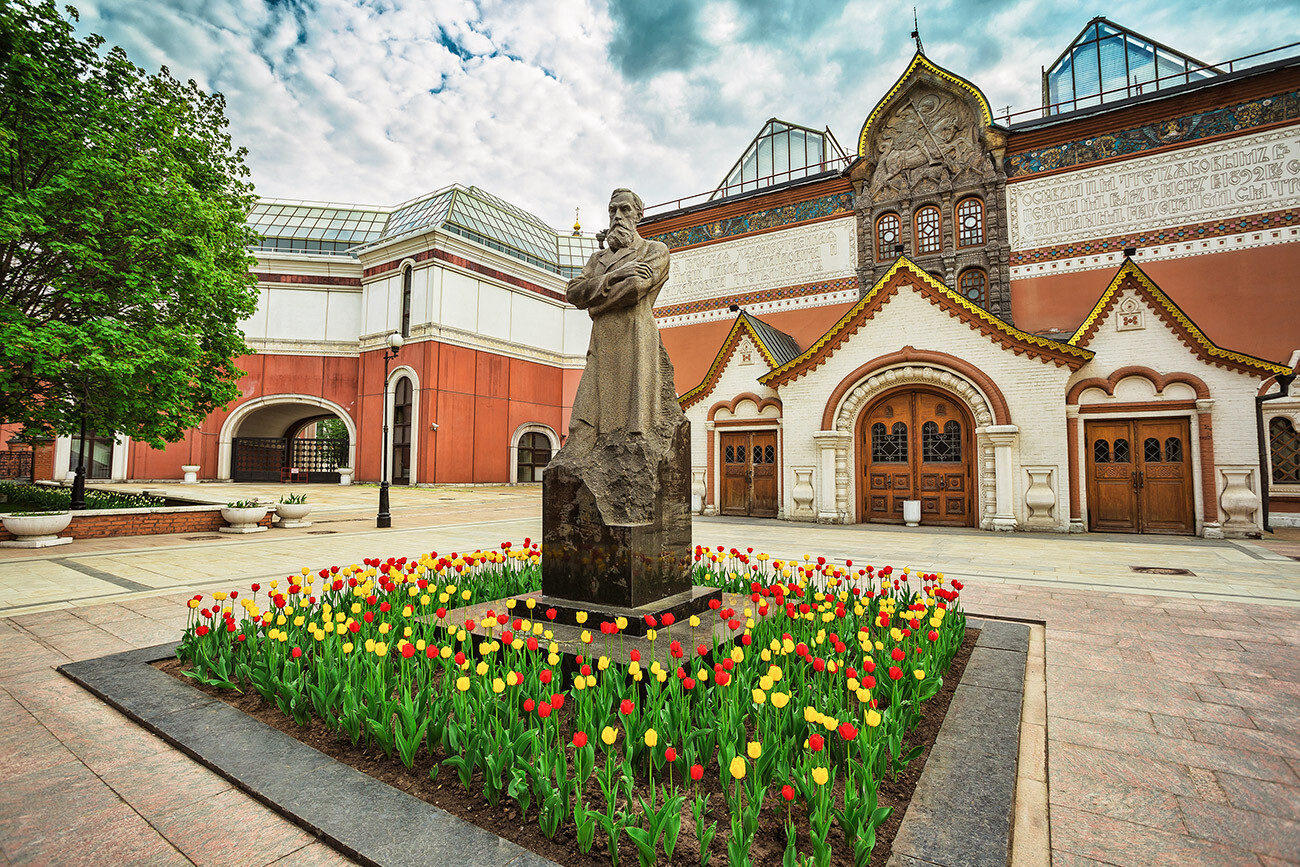 Another must-see experience in Moscow is the Tretyakov Gallery, which houses the most important works of Russian painting, including, for example, Ilya Repin's painting "Ivan the Terrible and His Son Ivan on November 16, 1581" (popularly "Ivan the Terrible Kills His Son"). Here's a quick guide to the main canvas if you only have an hour of time. 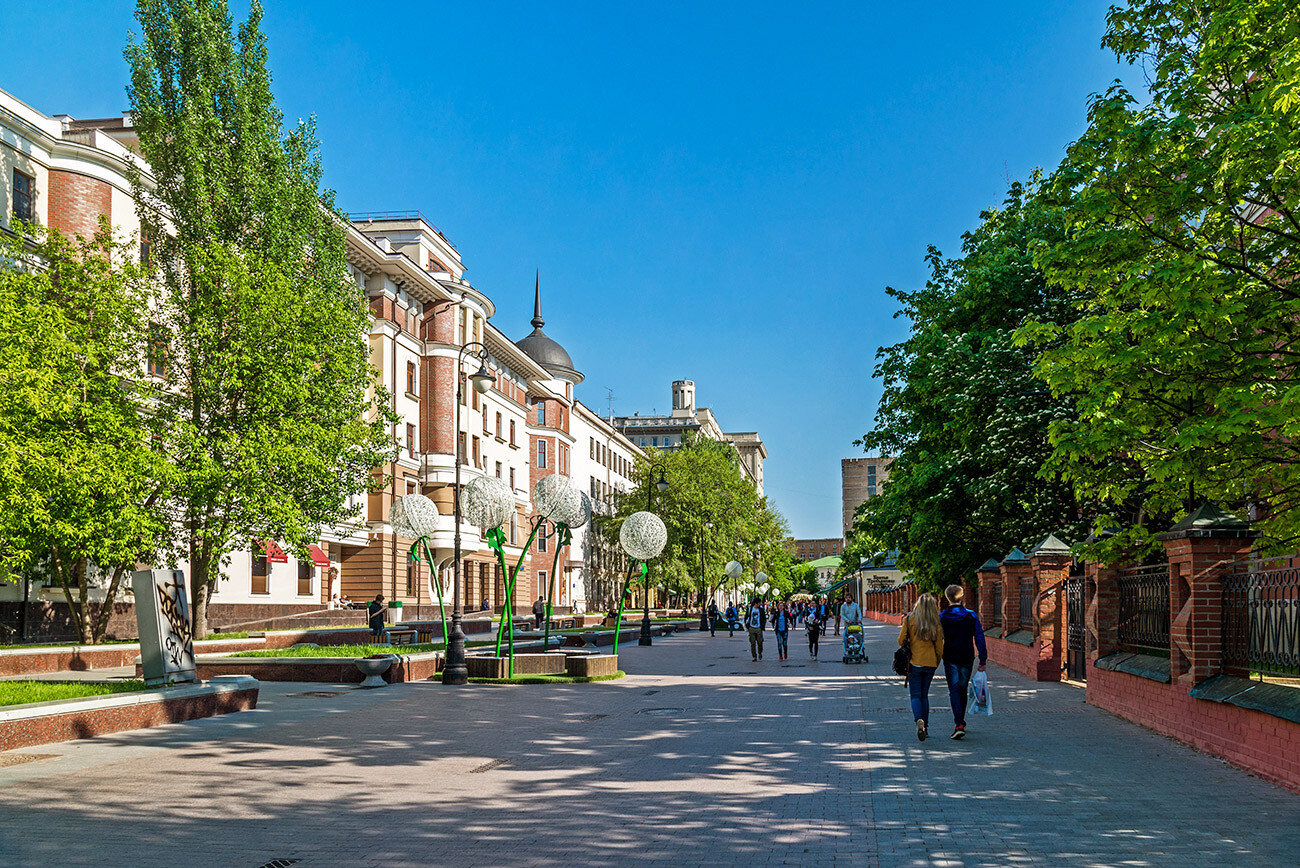 After walking the halls of the gallery, you’ll want to get some fresh air. Lavrushinsky Lane along the gallery's buildings is pedestrian. Here you can walk leisurely to the Vodootvodny Canal embankment, drink a fashionable Moscow raf coffee in one of the coffee houses in Shmelev Square, and then cross Bolshaya Ordynka Street to Klimentovsky Lane. 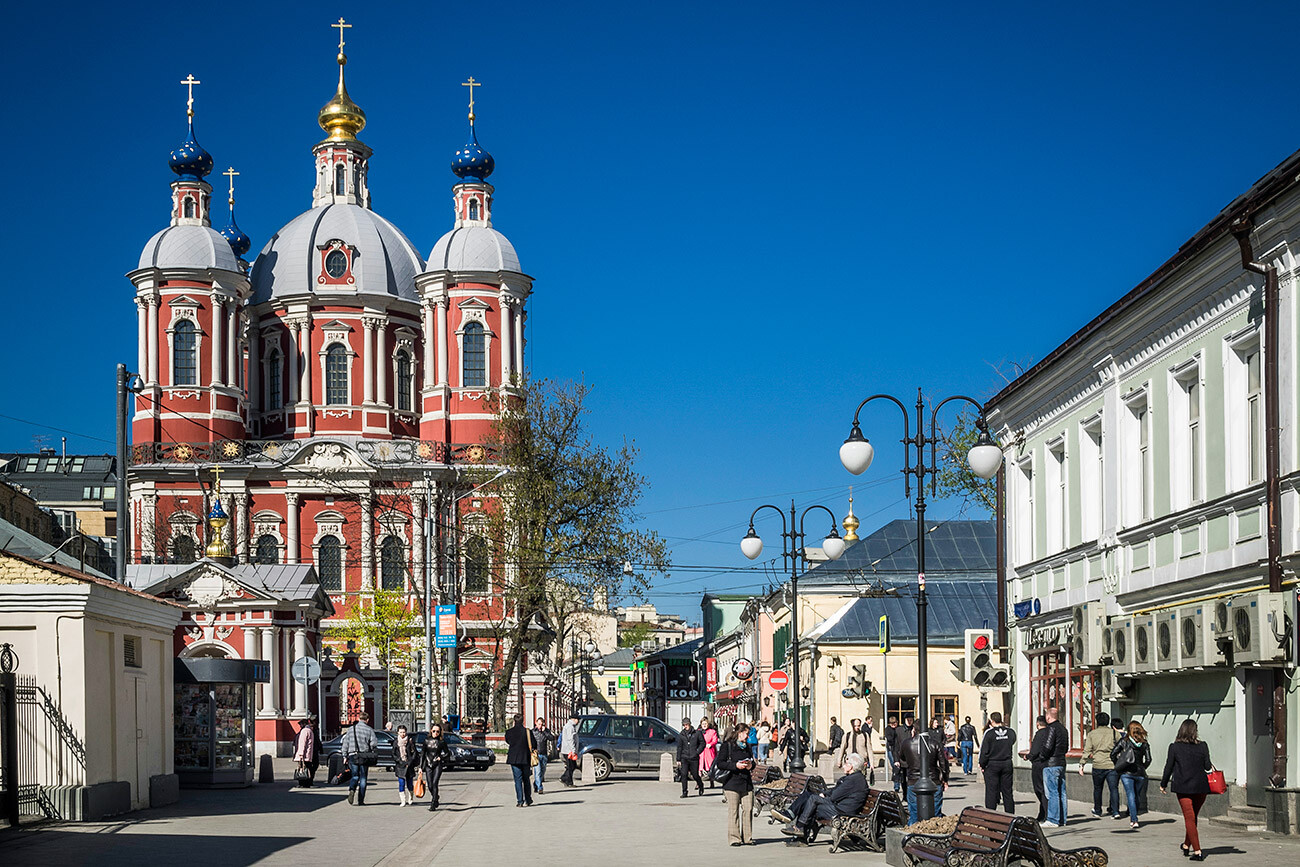 This street is literally full of restaurants and open-air terraces. Here you should go inside one of the most beautiful churches of the city - St. Clement's Church. (And at the same time try to see if McDonald's burgers are different from its clone, the fast food chain Vkusno i Tochka). 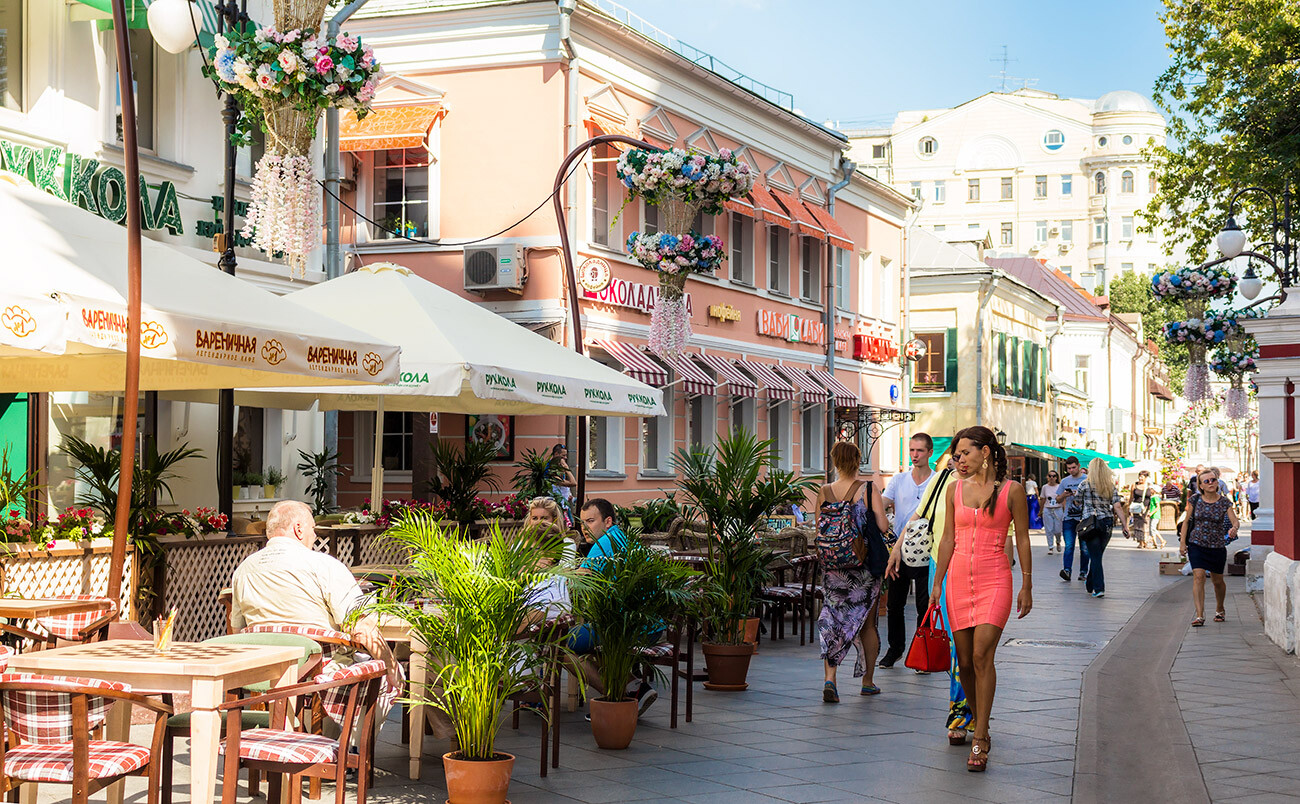 4. From Vorobyev to Krymskaya Embankments 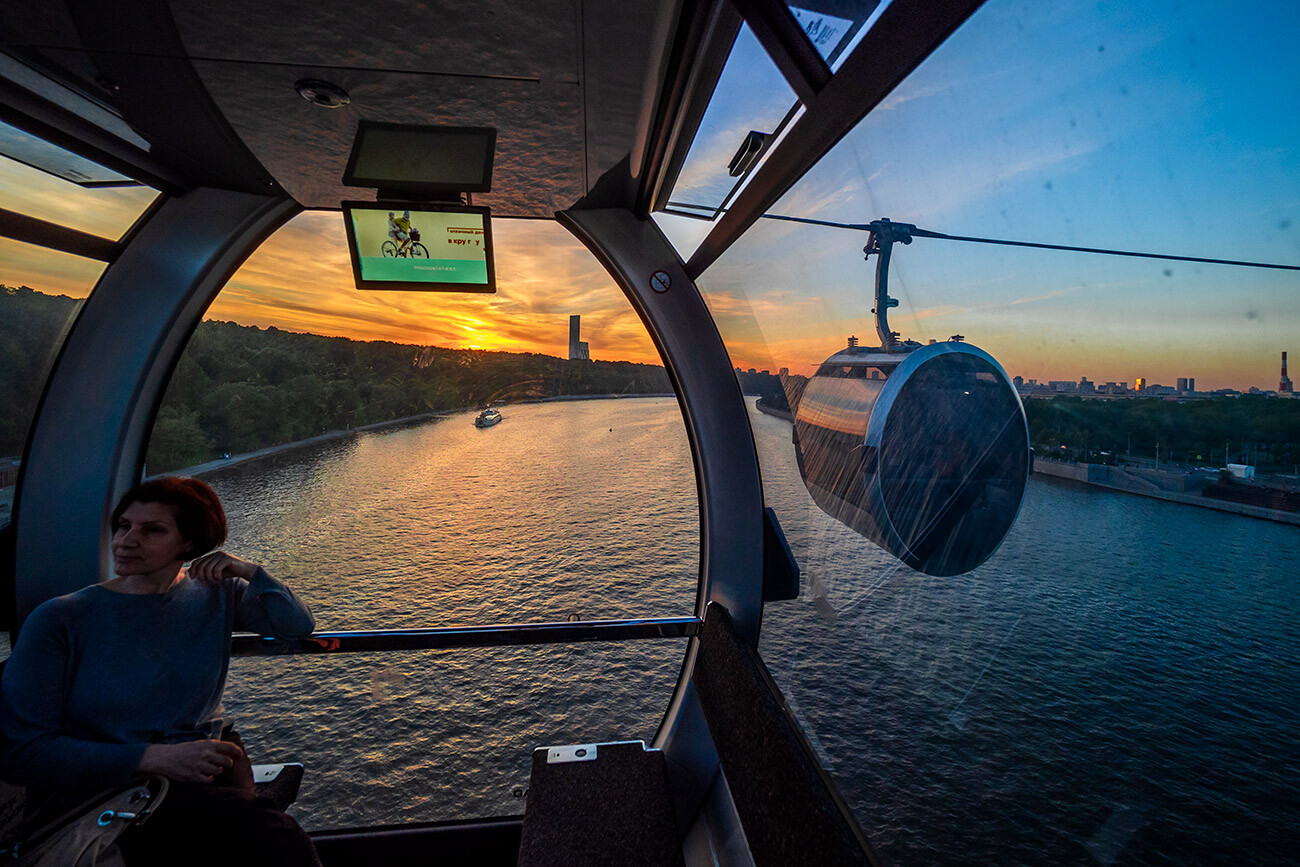 Cable cars above the Moskva River

For those who prefer long walks, right in the center of Moscow, there is a nice 8-km route. It can be started from the Vorobyovy Gory metro station, where there is a cableway over the Moskva River. There are convenient paths for pedestrians, runners, and cyclists on the embankments. 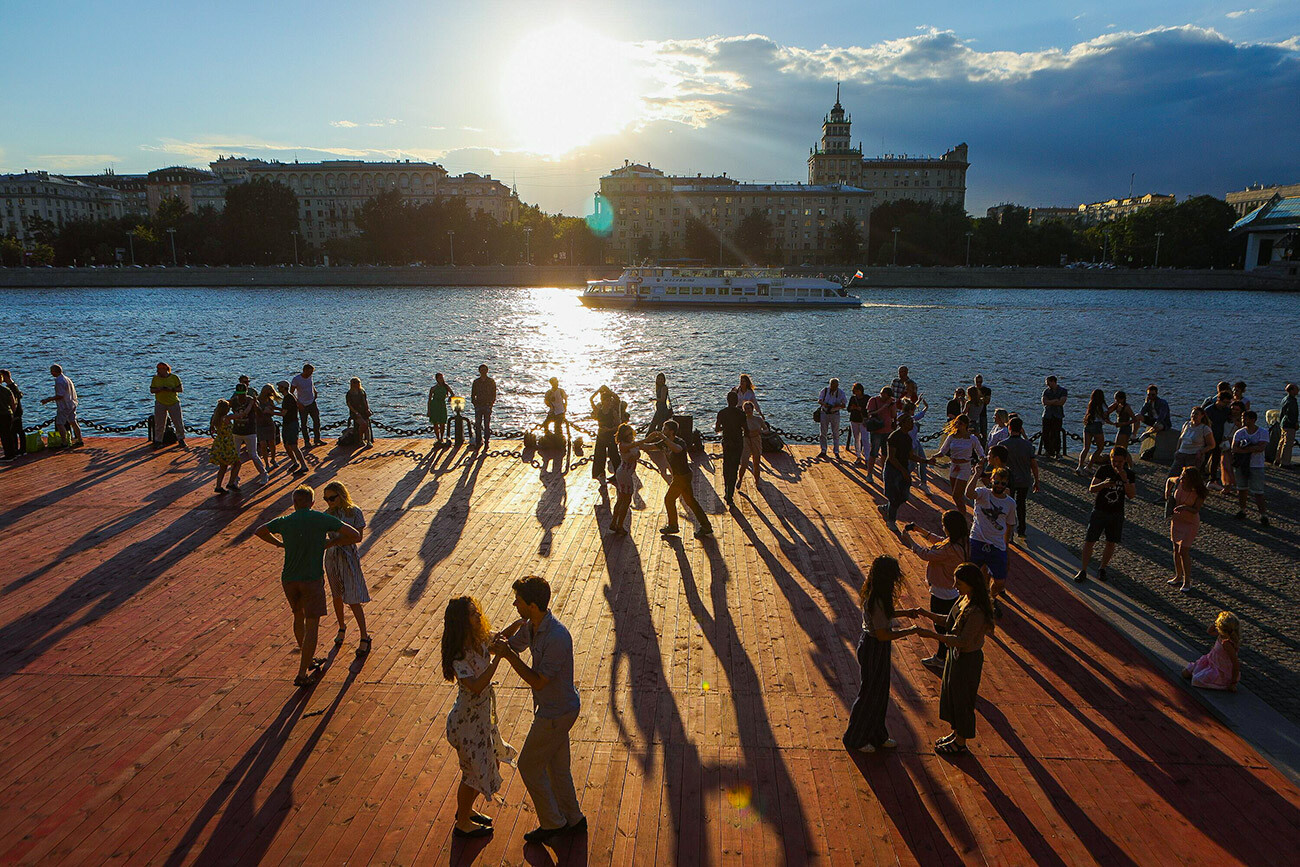 Even snobby Muscovites love to walk in this area on weekends - passing by Neskuchny (literally 'Not Boring') Garden, Gorky Park, where you can stop for coffee and wine, visit another festival or Garage Museum of Contemporary Art. 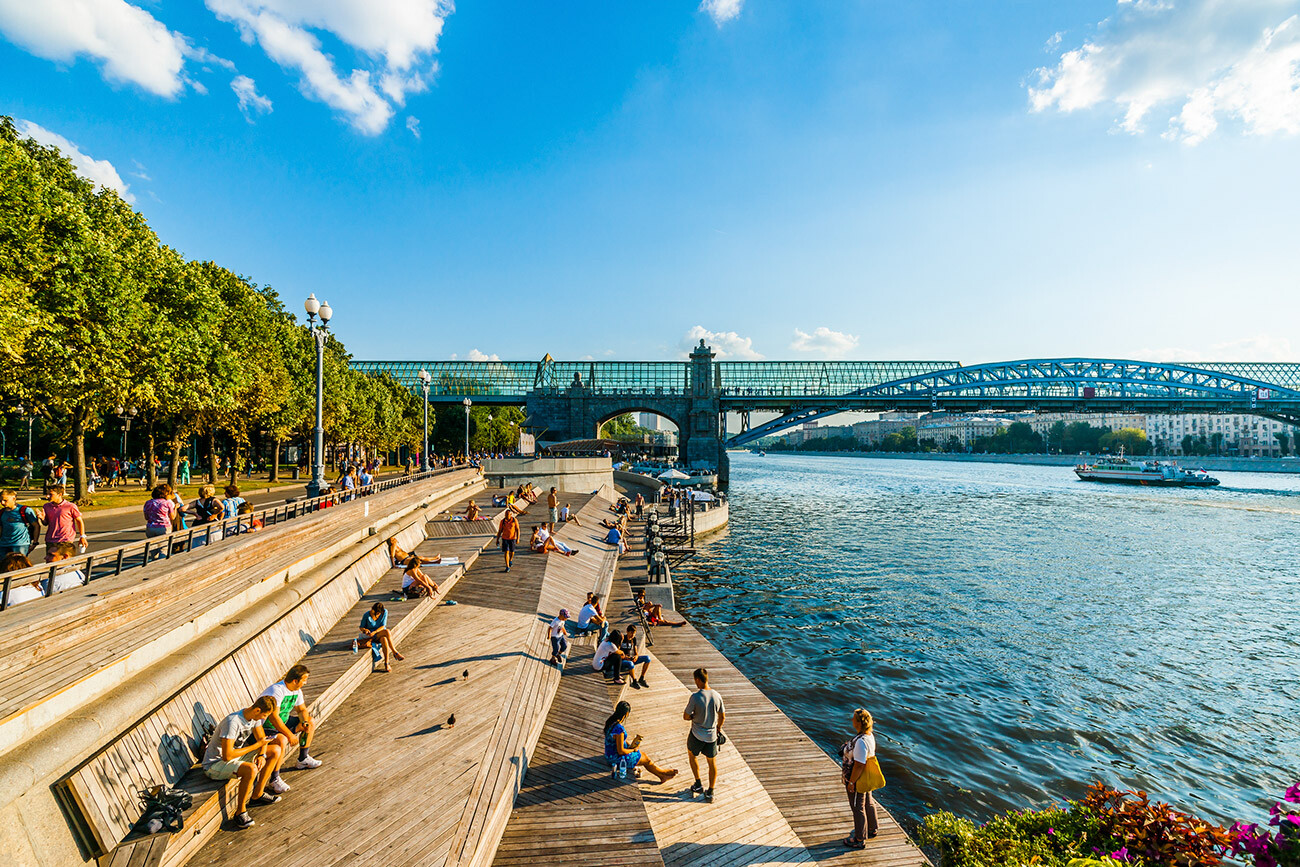 Then continue along the embankment in Museon Park with fountains and benches. Or go to the New Tretyakov Gallery, where the Russian art of the 20th century is on display, including works by Kasimir Malevich. 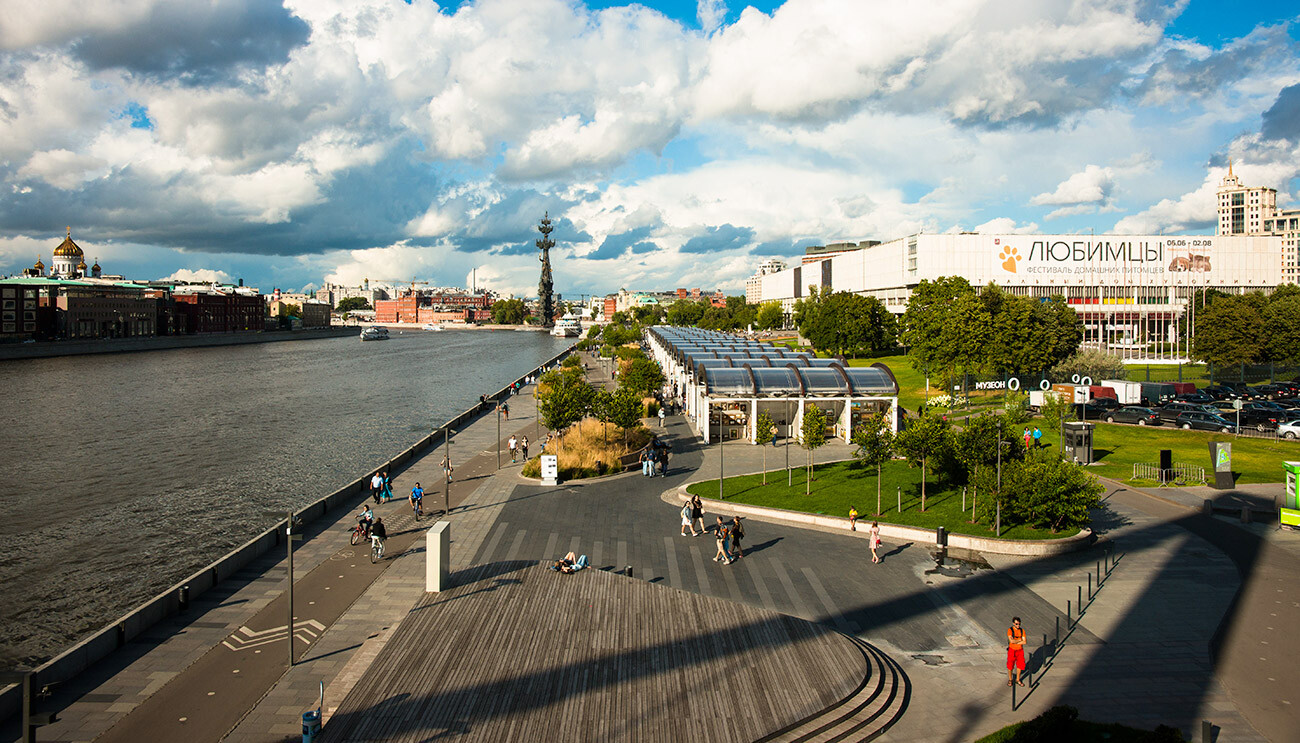 Embankment of the Museon Park

Then pass the pedestrian Patriarchal Bridge and walk along the new GES-2 House of Culture and the scandalous "Big Clay N4" sculpture. And finish the long walk at the Cathedral of Christ the Savior. 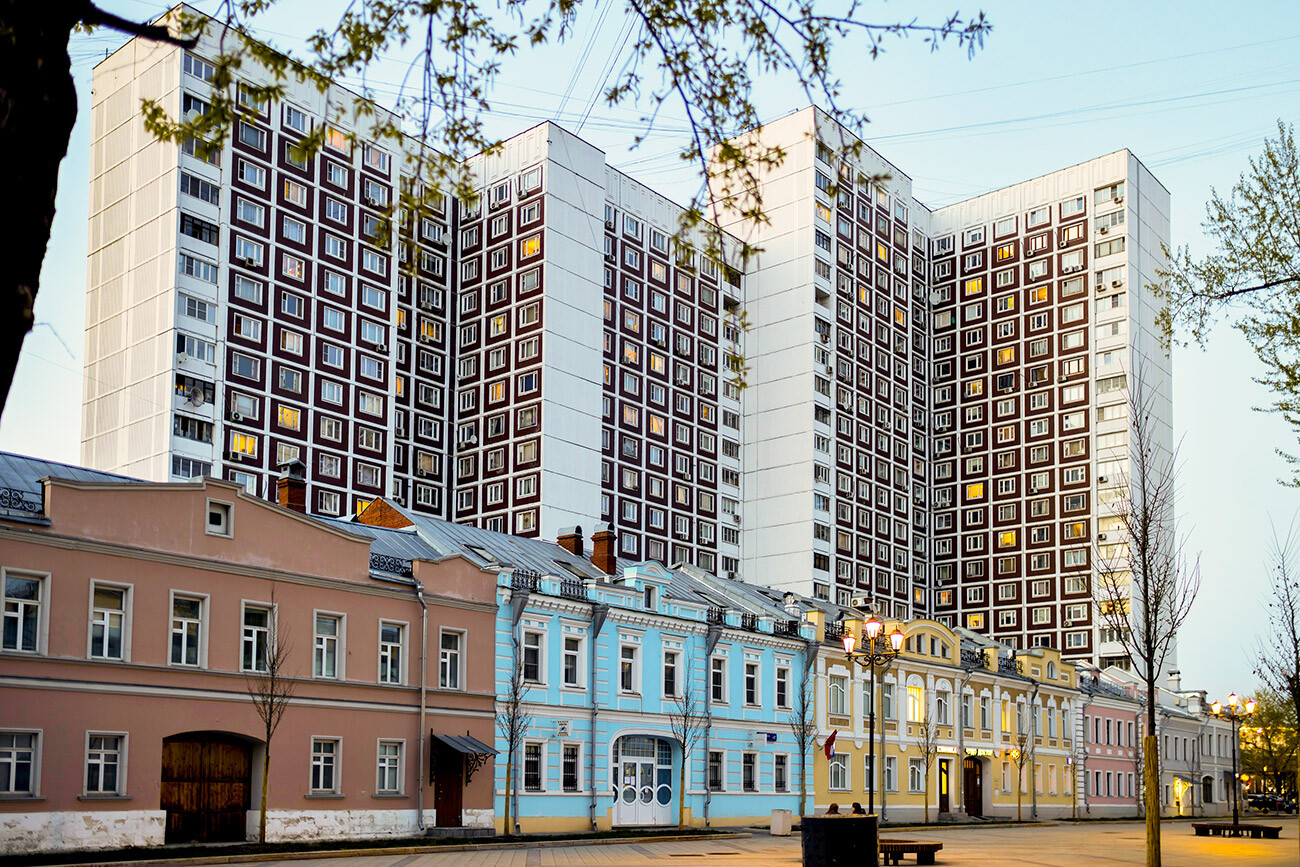 Not far from the center, in the east of Moscow, Shkolnaya Street has recently become pedestrian. In contrast to the tall neighboring business centers, this two-story street looks impressive. 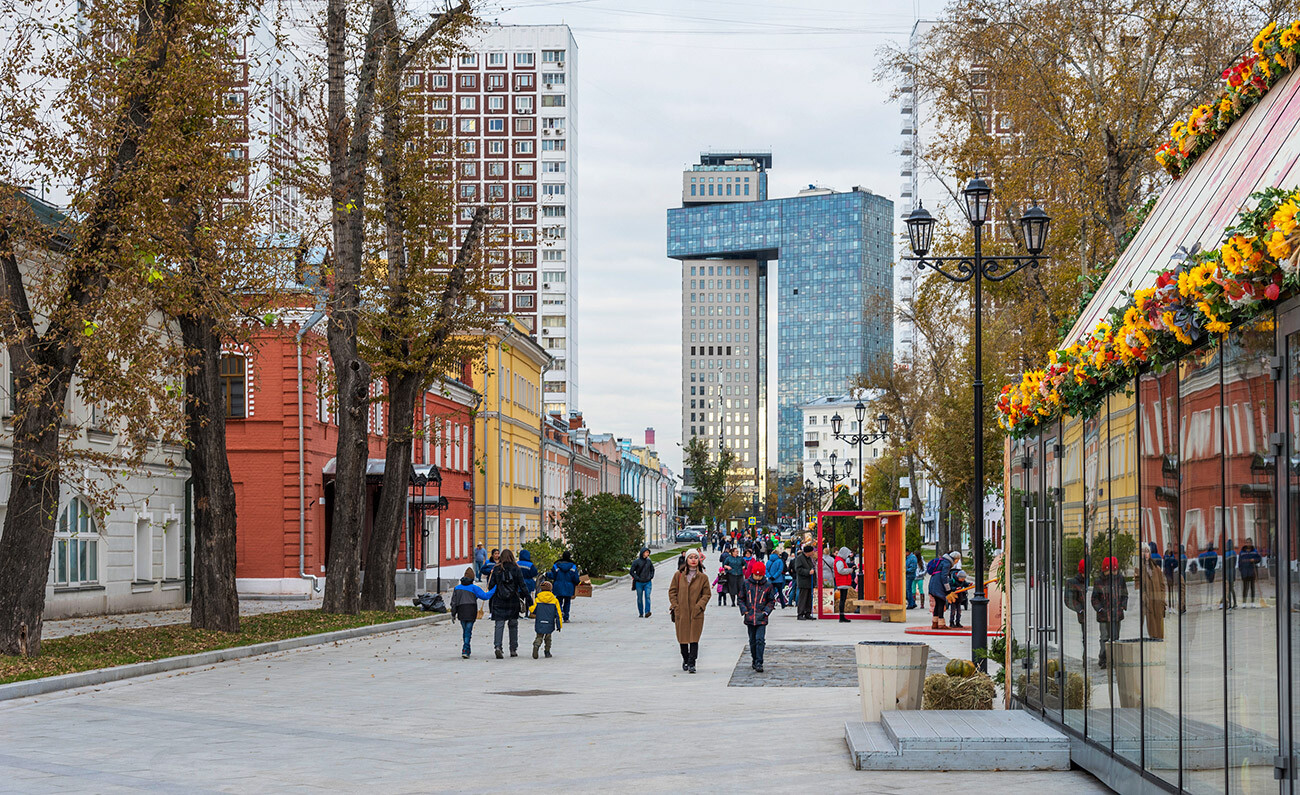 Moscow is truly city of contrasts

Once upon a time, Rogozhskaya Yamskaya Sloboda was located here. In the 19th century, it was one of the gateways to the city, where numerous trade carts and coachmen stopped. And up to now the typical gates for horses and carts remained in the old houses. By the way, until the 17th century this street was called Telezhnaya (telega is a cart in Russian), and then became the 1st Rogozhskaya, and only in Soviet times, Shkolnaya (literally, 'school street'). 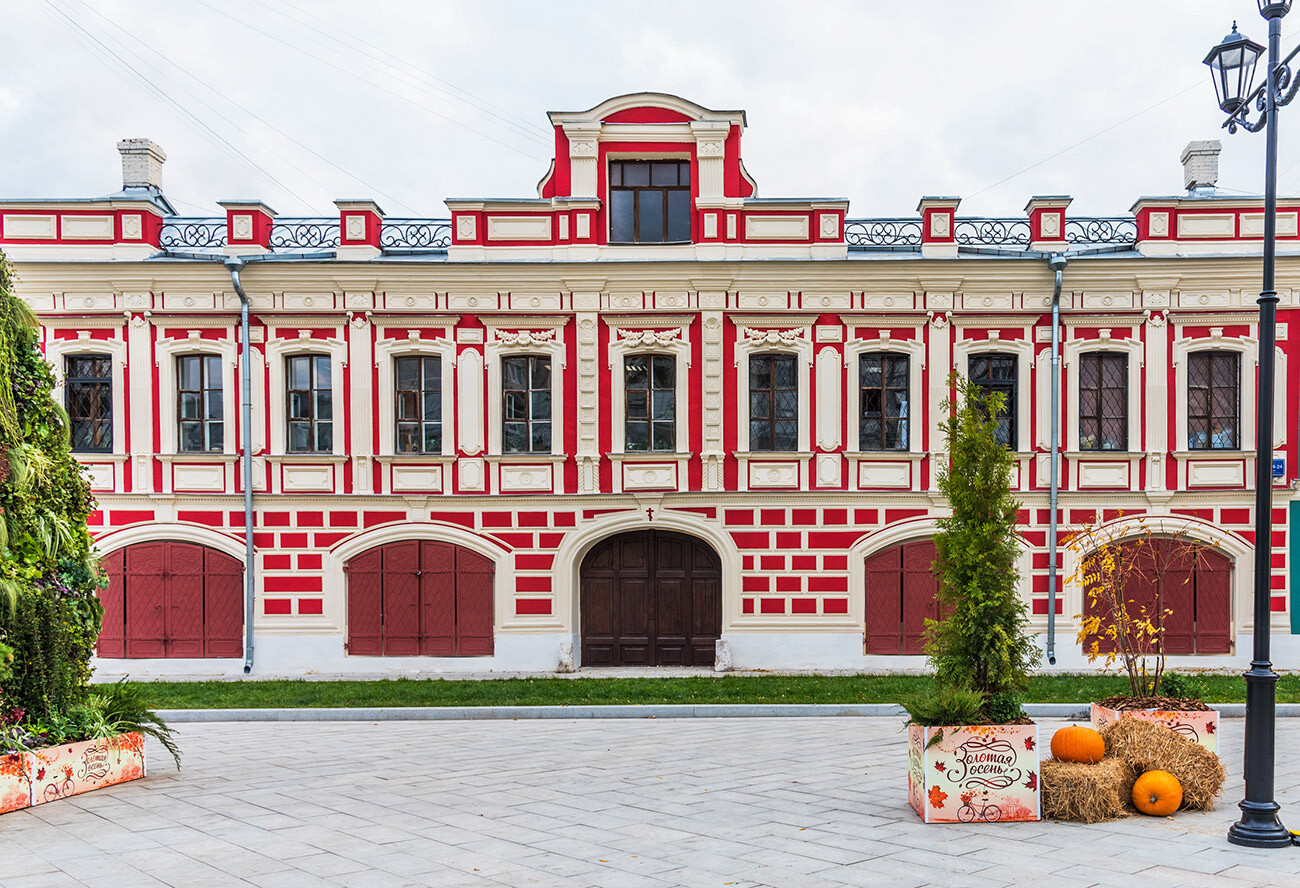 Gates for horses and carts at Shkolnaya street

To enhance your enjoyment of old Moscow, one should definitely go to the Spaso-Andronikov Monastery, literally across the street. It is home to one of the oldest churches in Moscow, the Spassky Cathedral, which has preserved fragments of frescoes by medieval iconographer Andrei Rublev. The monastery also houses the Museum of Ancient Russian Culture and Art. 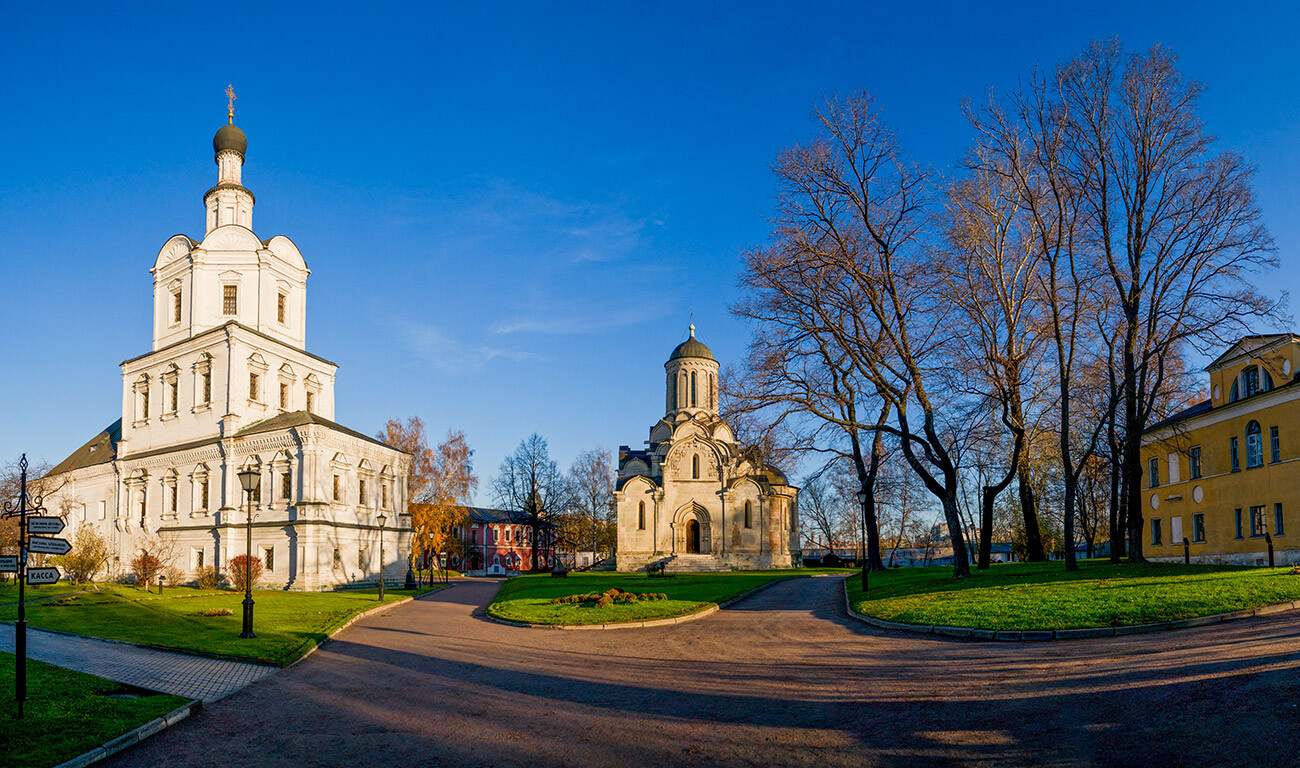