Vacation like Tolstoy and Chekhov: 5 tips from Russian writers who knew how to travel in style 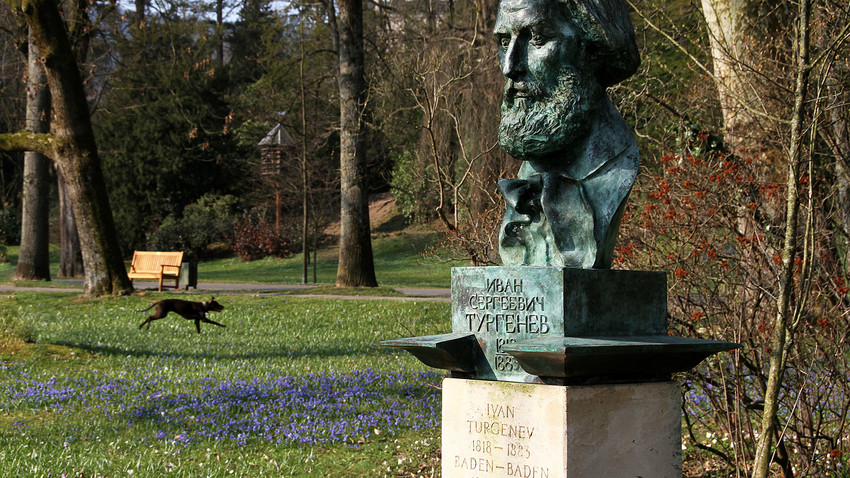 Bust of the Russian writert Ivan Turgenev in the Lichtentaler Allee in Baden-Baden.

Gerd Eichmann
From Baden-Baden to Rome, you can follow in the footsteps of the great Russian authors. We don’t know what you did last summer, but here are some classic ideas for your next European holiday.

Ivan Turgenev, Leo Tolstoy, Anton Chekhov and other famous 19th-century Russian writers spent a lot of time traveling around Europe. The thermal waters and casinos of Baden-Baden in Germany, the exquisite architecture of Florence, and the nightlife of Paris were major draws for Russia’s intelligentsia. What advice can these seasoned travelers give to us today?

Watch your spending and don’t gamble away your fortune

Throughout the 19th century, Baden-Baden was the most popular European resort for the Russian elite. The fashion for this medieval Black Forest city dates to the time when Princess Louise of Baden (Empress Elizaveta) was wife to Emperor Alexander I (1801-1825). By the mid-19th  Russians were the largest foreign community in Baden-Baden.

Those Russians who lived and worked in this German spa town include Vasily Zhukovsky, Nikolai Gogol, Pyotr Vyazemsky, and Fyodor Dostoyevsky. Of all writers, Ivan Turgenev is most associated with Baden-Baden. 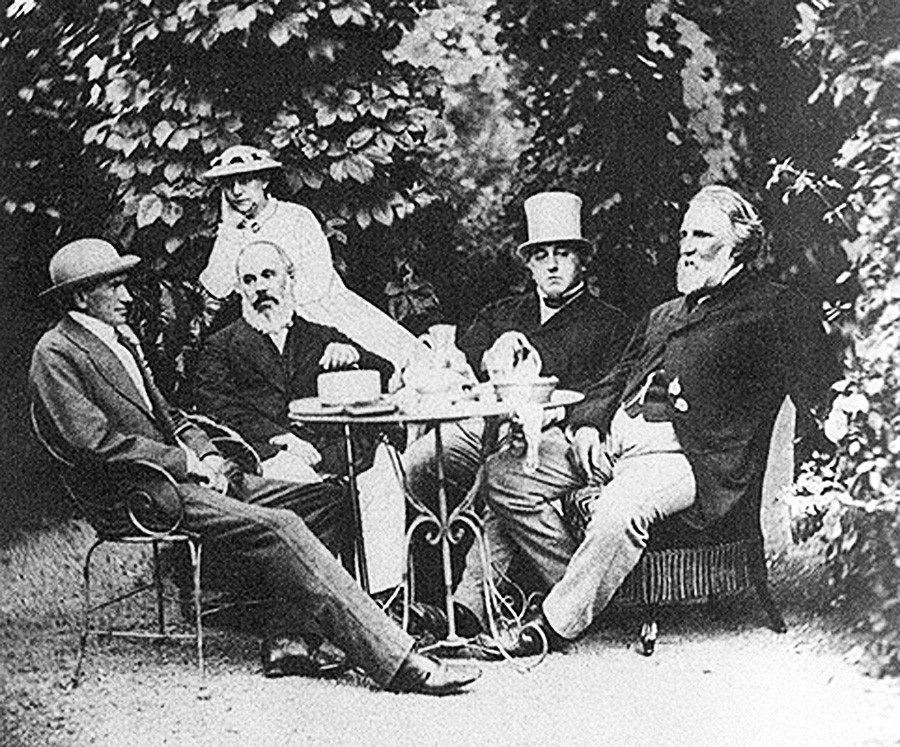 Photo of Ivan Turgenev and friends at the Malyutins' country house in Baden-Baden.

Turgenev came here in 1865to be with his muse, the famous soprano Pauline Viardot, who was resident in Baden-Baden. The fact that she was married didn’t discourage the determined Russian writer. He spent seven happy years here, writing his novels: Smoke, Ghosts, The Dog, and others. Since Turgenev was in close contact with the European intelligentsia, he played a key role in popularizing Russian literature in the West.

Thermal water and picturesque landscapes were not the only reasons why Russian writers flocked here. Baden-Baden boasted one of Europe’s most famous and luxurious casinos, where wealthy gambling addicts were often relieved of their fortunes. Among these was Leo Tolstoy. As a young man, he had a passion for roulette, sometimes spending the entire day in the casino. This passion almost led him to ruin, and he often had to borrow money.

“I just couldn’t separate him from the roulette table. I was afraid that he would lose everything because he spent even his last money; but thanks to God, he won it all back in the evening,” wrote poet Yakov Polonsky, who met Tolstoy in Baden-Baden in July 1857.

Tolstoy borrowed money from , Mikhail Kublitsky, and from Turgenev, but he lost everything and had to leave Baden-Baden.

The passion for gambling is meticulously depicted in Fyodor Dostoevsky’s novel, The Gambler, which is based on his own experiences. In 1863, he lost all his money in a Wiesbaden casino, and he also survived fiascos in Bad Homburg, Baden-Baden, and Saxon-Les-Bains. To get out of debt, he signed a contract with a publishing house for the urgent writing of a new novel. Fortunately, after his marriage he promised his wife, Anna Snitkina, never to gamble again, and he kept his word for the rest of his life.

Travel in good company and fall in love

Leo Tolstoy is widely considered as a stay-at-home type of guy, but before he settled in his estate at Yasnaya Polyana he traveled thousands of miles around the globe after the end of his military service. He spent months in Switzerland with relatives Yelizaveta and Alexandra. The latter rented a house near Lake Geneva, so they spent much time boating and hiking. After several days in Geneva, Tolstoy left for the small village of Clarens.

“It’s impossible to take your eyes off this lake;…most of the time I spend admiring this beauty or walking, or just looking out the window of my room,” Tolstoy wrote in May 1857. 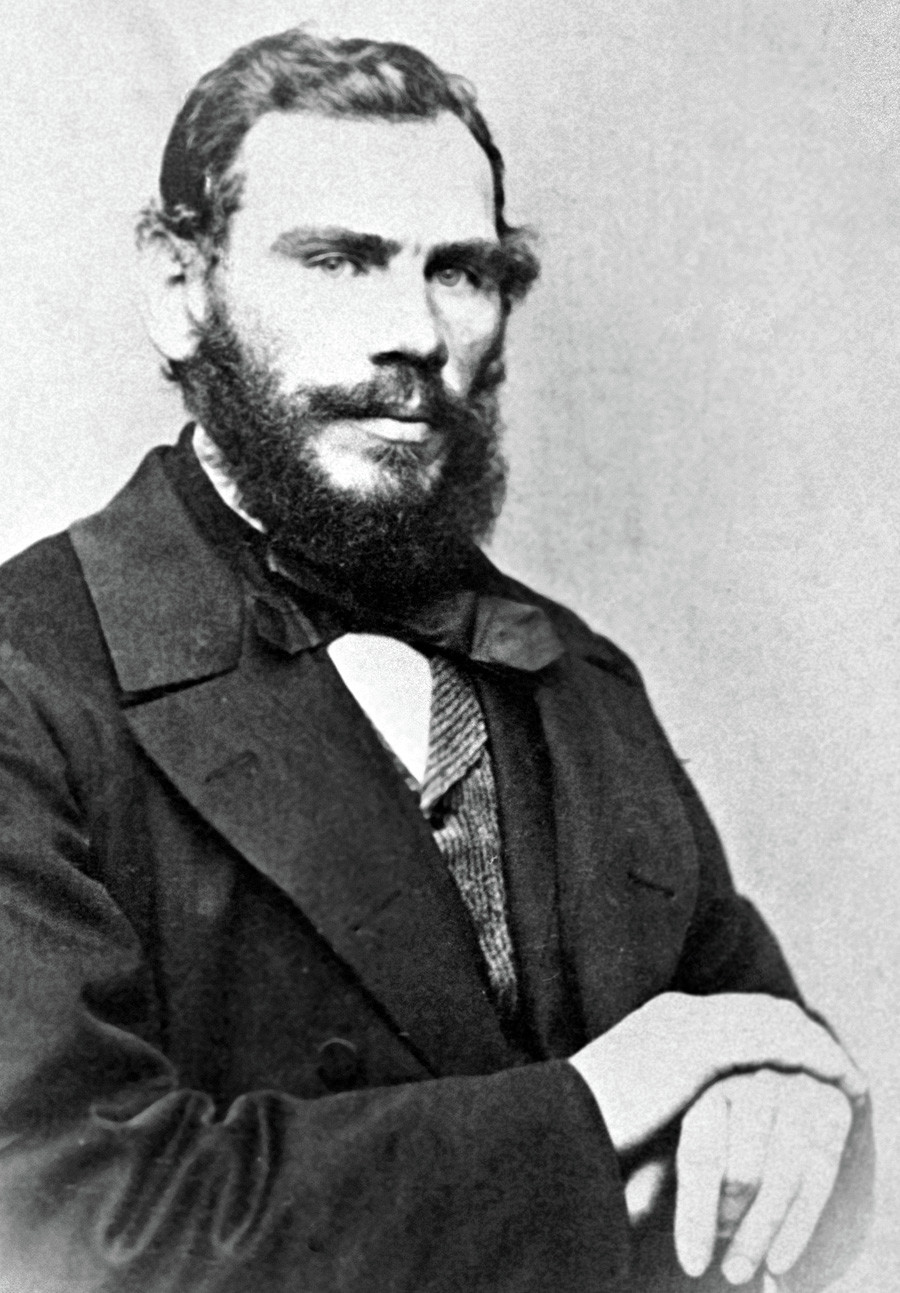 In Clarens, Tolstoy became friends with several Russian tourists. They rode in carriages, and went boating, visited restaurants and went on long hikes in the Alps. Once, Tolstoy hiked for two weeks, visiting small Alpine villages where he became friendly with the locals.

Anton Chekhov, who traveled to Italy in 1891, met in Venice with Russian poet Dmitry Merezhkovsky, who was “driven crazy from delight.” Chekhov also hoped to find love in Napoli.

“Wish me to meet here a beautiful Russian lady, preferably a widow or a divorced wife. The travel guide writes that romance is an essential part of a visit to Italy. Well, hell with it, I agree with everything. Let it be romance,” Chekhov wrote in a letter home.

Tolstoy's first stop on his European tour was Paris, a city where the writer had two favorite things:  aimlessly riding omnibuses and wandering the streets to do people watching. In early April 1857, Tolstoy wrote,  “I've been living in Paris for two months and can’t predict the time when I’ll lose interest in this city…”

His departure, however, happened sooner than he expected. A few days after writing those words, Tolstoy witnessed a public execution. He was so shocked by it that he soon left Paris.

Chekhov confessed that he enjoyed Venice from dusk till dawn, gliding along the canals on a gondola and walking on the famous San Marco Square. 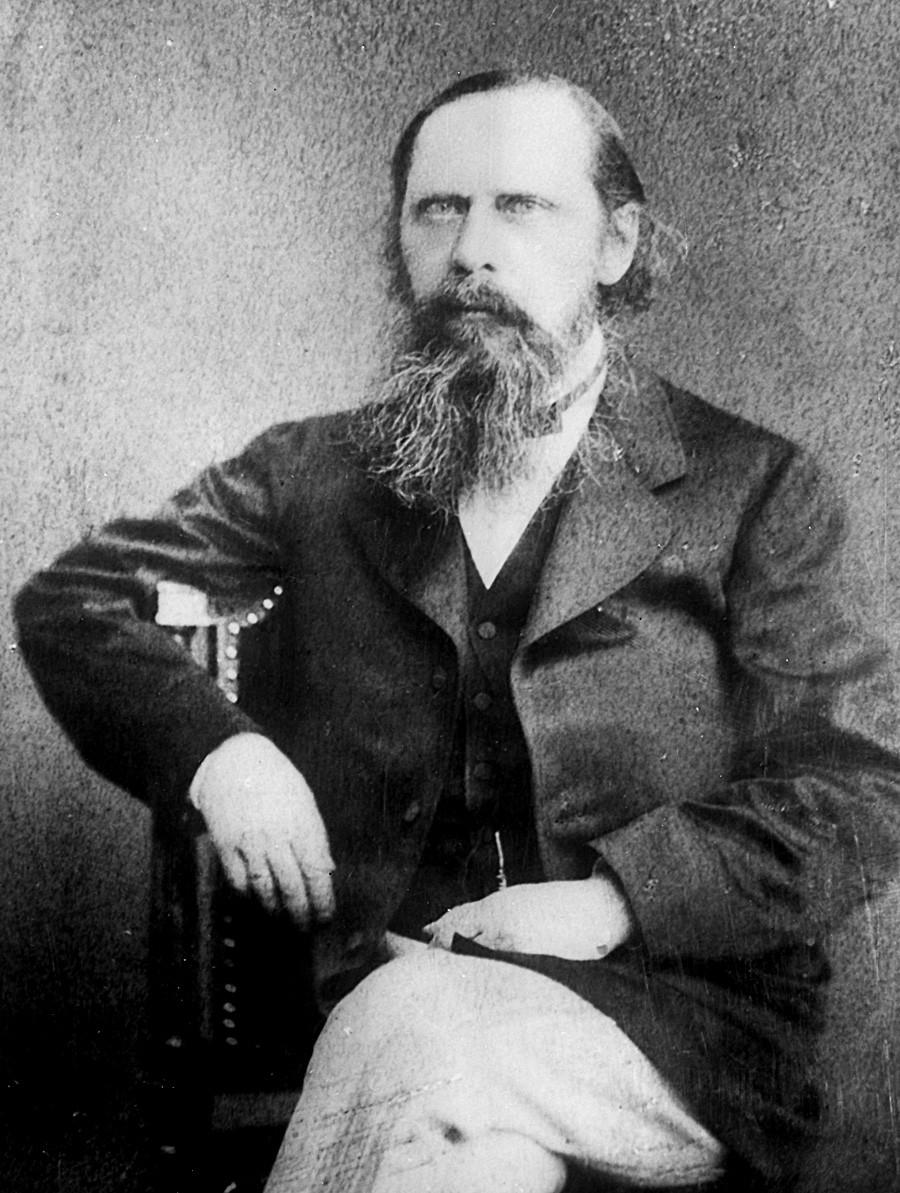 was interesting for another Russian writer, Mikhail Saltykov-Shchedrin when he was getting medical treatment in Berlin, the capital of Prussia at that time. While this city didn't inspire him, he watched everyday life with great interest, describing its streets in his story, Abroad (1880), as “uninterruptible and a silent pendulum-like traffic.”

Unlike other writers, Saltykov-Shchedrin was skeptical about resort cities, calling them “places where people devote themselves to fattening their belly.”

Nikolai Gogol spent a total of 10 years in Italy. In Rome, he wrote Dead Souls and The Overcoat, and he finished The Inspector General, and Taras Bulba. He admired not only Italy’s ancient architecture, but also fell in love with its ice cream. 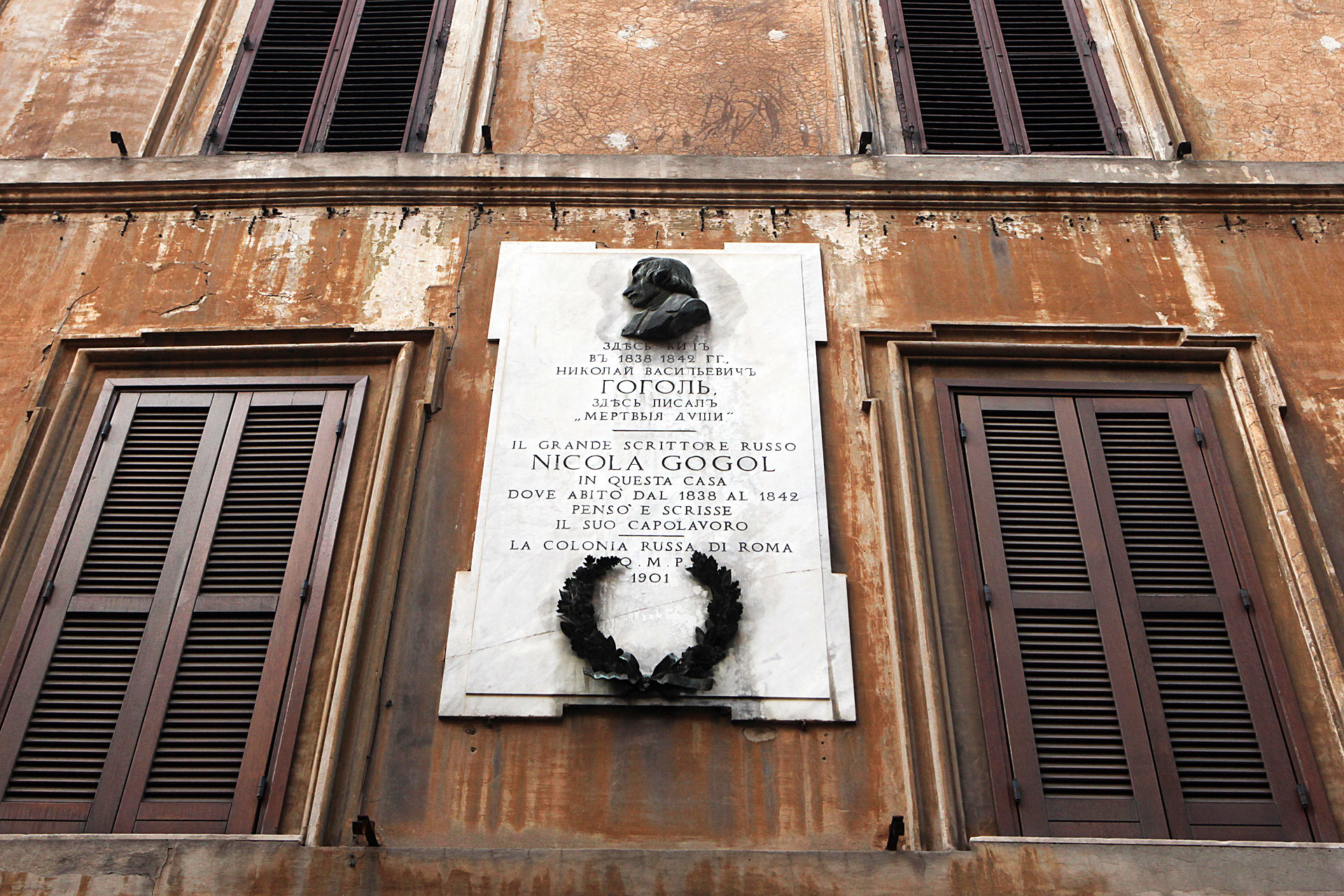 “I'm sitting here without money. For the old room with pictures and statues, I pay 30 francs a month, and only this is expensive. Dinner is very good and costs four or six . I don’t eat ice cream for more than 4 sometimes 8. The ice cream here is something that you can’t imagine,” Gogol wrote to his friend Alexander Danilevsky in 1837.

Chekhov didn’t like the tea in Berlin, so he brought Russian tea with him. But he was delighted with the delicious bread: “The bread is amazing here, I eat so much of it; the coffee is excellent there’s nothing to say about the lunch,” he wrote in one of his letters home.

Almost all Russian writers who traveled to Europe sooner or later decided to return home. Even though he was conquered byLake Geneva’s beauty, Dostoyevsky sadly wrote that locals “only see foreigners as a source of revenue.”

Tolstoy had the same impression of Switzerland. While charmed by the natural beauty, he was very disappointed in the local people. He even wrote a non-fiction story, Luzern, where he described the life of a homeless singer performing for rich people who failed to pay him. In March 1861, Tolstoy left London and settled in Yasnaya Polyana, never to visit Europe again.