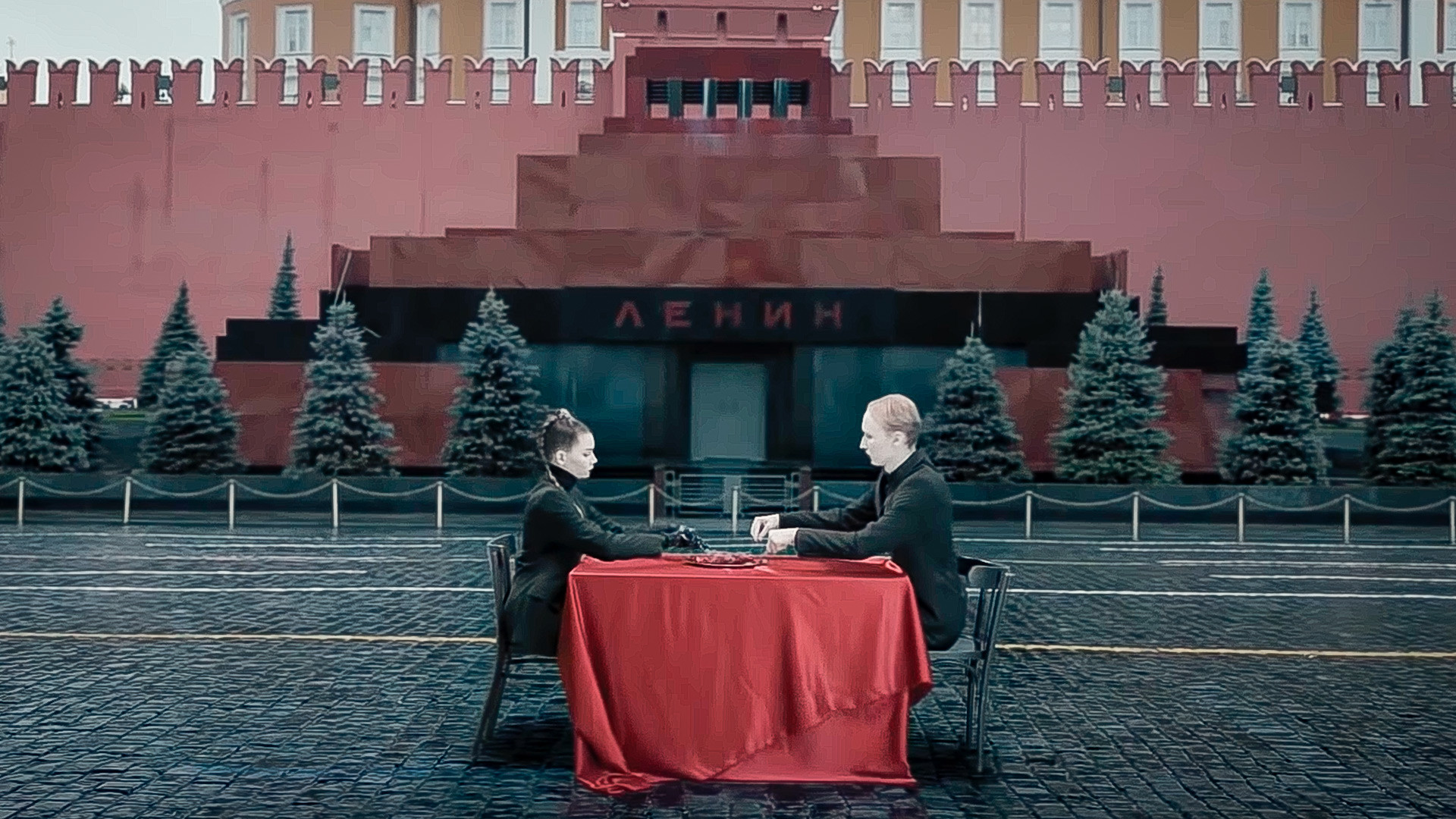 IC3PEAK
Back in June, Cream Soda’s “Headshot” was sitting pretty at the top of our song ranking. Russian music has only stepped up its game since then, with rappers, punk rockers, singer-songwriters and even techno producers aiming for the top spot.

It’s been a busy year for Russia’s best-known mainstream rappers, but “Gucci,” with 62 million YouTube views, was a highlight. The song is supposed to be a mockery of braided new-school mumble rappers who flaunt Gucci clothes – the pair, known for living a suspiciously similar lifestyle, “make fun” of the genre here by making a hit song, and ergo a lot of money, in exactly the same vein. To be honest, the satire is lost on us.

Plus it’s dreadful, really. But it’s an absolute earworm. Sorry in advance.

St. Petersburg techno duo Formally Unknown made a real career break this year with the EP, released on UK powerhouse Dusky’s 17 Steps label. The pick of the bunch is jungle producer Mella Dee’s take on the EP’s title track: it’s a warm, chord-heavy slow burner with a euphoric breakbeat finish to provide some perfect winter escapism.

Rap royalty Skryptonite shocked Russia last year by announcing a departure from hip-hop altogether. “Stupid and Unneeded” is our first glimpse at his new career under the Gruppa Skryptonite moniker, and it’s a worthy effort. The dancehall-infused track features Adil at his drowsiest, lamenting the hopelessness of a tough breakup over a distant sitar riff.

Little Big, as you probably know by now, are the Russian rave group making sure the world gets its regular dose of weirdness. Coming with its own meme-worthy craze and set of unnerving facial expressions, “SKIBIDI” made 2018 their year. If you haven’t heard it yet, get out more.

Sampling Biggie Smalls’ classic of the same name, 2018’s rap newcomer of the year Big Baby Tape smashed all Rap Genius records in Russia with this showstopper. The bass-overloaded beat was composed by Baby himself, and its DIY feel has an appeal reminiscent of XXXtentacion’s “Look at Me.”

The Russian-language rock band of the year are fitting of the age, trolling their way through the charts with tracks like “Your Sister’s Favorite Song” and “Everyone Wants to Kiss Me” in their repertoire. “I’ll Be Your Doggy” is done in a similar vein, fusing amp-obliterating guitar riffs with lyrics about fetishism and strange parties.

“My homeland is my love, then I look out the window/I see a monotown in a grey cloth dress.” Rap veteran Husky captures the split emotional struggle of many Russians in “Poem about the Motherland”: pride in their country mixed with pessimism about its future. The song is rich in wordplay and metaphor, addressing themes like war, growing up, and economic disparity with a wistfulness that hits home hard.

13. Kedr Livanskiy – Было время (There was a time)

“Bilo Vremya” is a journey. With hazy vocals moving faultlessly over a scattering jungle beat, it’s a song carries that enough momentum and intrigue to keep any rave going.

A proletarian punk anthem, “Praktika” addresses issues not often raised in post-Soviet Russia. Portraying the dystopia of the modern factory, the song and video perfectly encapsulate how mechanical repetitiveness can lead to rage. All the more surprising that this should come from the ex-lead singer of Gribi, known almost exclusively for their 2017 pop smash “Тает лед” (“Ice is Melting”).

Ukrainian singer-songwriter Kristina Bardash’s strong year, which included the release of her album “Enchanted Dreams,” kicked off with this dream-pop anthem. Lamenting the deep and inescapable nature of love, “Jukebox” is mainstream electronica done right.

While “Poem about the Motherland” certainly raised a few eyebrows, it was “Judas” that caught the most headlines for Husky this year. Crazed, immersive, and impossibly abstract, a self-prophesying Husky berates his listeners as “flies” and “traitors” for expecting a certain sound from him. Who said modern rap was meaningless?

9. Andrey Pushkarev – Can I take a picture with you?

A mainstay of Russian electronic music, Pushkarev now only releases work when he knows it’s perfect. This eight-minute expedition is as calm and uplifting as house music gets.

Pushkarev was featured in our 2017 introduction to Russian techno.

“Leave, no, stay/In my head there’s lots of space/Come and get lost.” Once a producer duo, Moscow group Cream Soda now seem to have added vocalist Anna Romanovskaya to their ranks for good. The music now feels more complete than ever, with their signature textured, off-beat synths a perfect match for the singer’s soulful balladry.

Perhaps Luna’s most ambitious single release to date, “Sleeping Beauty” makes use of warped synthesizers and a thunderous disco bassline to give the singer’s dreamlike vocal more gravity than ever. 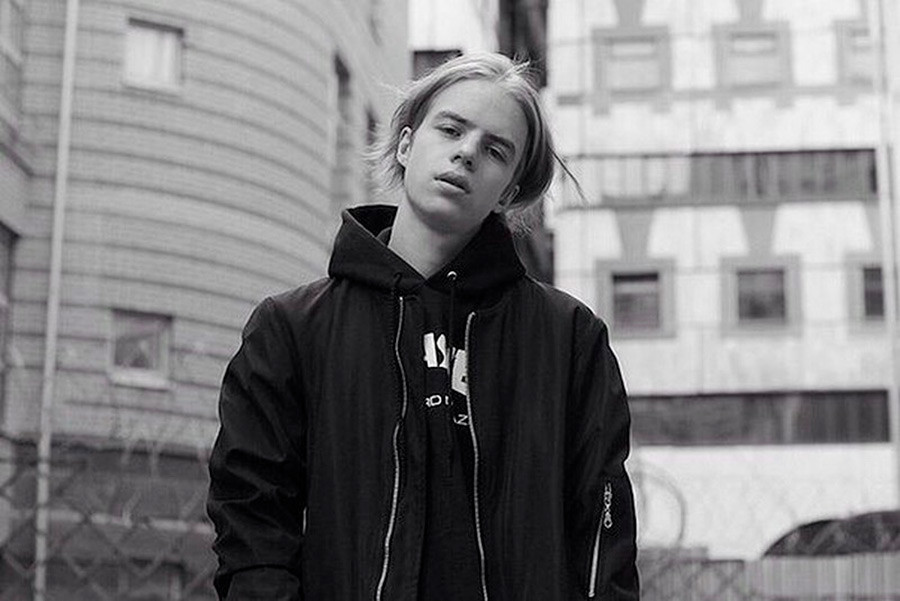 The 22-year-old’s unstoppable rise to the top reached new highs this year with “Lollipop,” a banger as catchy as it is shockingly raunchy. When it comes to an exemplary flow and interesting beat selection, few in Russia do it better than Pharaoh.

Gunfights in the streets, Twin Peaks, swearing in English as a “f*ckin’ trend” – the “face of young Russia” put every Russian in a time machine to the 1990s with this one. Don’t take it too literally, however; most of “90” is just sarcastic commentary on how Russians look back on the era as worse than it really was. That doesn’t stop the synths from being irresistibly nostalgic though, and fans of Alexei Balabanov will enjoy the video.

“In stupidity lies all hope.” It’s the mantra of many a cursed relationship, laid bare beautifully by veteran rapper M. With painstaking honesty, the underground lyricist details the process of losing his mind over a girl he knew he could never have. “The fantasy,” he wrote on VK, “Sucked energy from me like a black hole.” M’s raw passion can be felt throughout, and gains a progressive, climactic dreaminess from the beat.

“Headshot” remains near the top for its smooth but explosive feel-good vibe. 2018 was the year Cream Soda became a group capable of making high-quality, chart-ready tunes, and with their new lead singer on board, that looks set to continue.

If 2018 belonged to anyone, it’s Monetochka. This song in particular has been everywhere in Russia - it’s been on every radio station and TV advert and somehow hasn’t even become annoying. What’s more, no song better encapsulates the 19-year-old edgy songstress’ raison d’être better than “Every Time,” which is end-to-end sarcasm about how she soooooo doesn’t miss her ex (spoiler: she really does). In short, it’s the best song by Russia’s artist of the year: there really was no other option.

In fact, so good is Monetochka, we even did a feature on her. Check it out here